Didn't see a thread for last weekend's Fan Expo started, so thought I'd take the initiative.
Was my most expensive con to date, but given recent developments in the celebrity world (R.I.P. Peter Mayhew) I thought it best to get done what I wanted to accomplish sooner rather than later.

My fandom focus is the Back To The Future franchise so here are the outfits I used with the photo ops I chose.

Old Biff's cane is a curtain rod shaft, with a resin fist shifter knob. The shirt is fleece, and the pants are actually pajama bottoms I had to lower the crotch on, to get them to pull up to the 'old man' height.
I used a second-hand purse and E6000 to re-cover a pair of shoes in the pink alligator-skin, as Old Biff is seen wearing in part 2. (Not seen in the pic)
The bag was found plain while thrifting; I printed out the BftP logo at 7x10 in reverse onto a clear sticker-sheet, applied that to back of a sheet of black adhesive vinyl, and hand-cut the logo from there. I then used a transfer sheet to apply it to the bag. the stopwatch's years were too difficult to hand cut, so I substituted some half-inch vinyl numbering, having to place each digit manually afterwards.

Lorraine was definitely a challenge, as I had never done a cross-play before.
A number of months of searching at the thrift stores yielded me some amazingly accurate finds. The wig needed some major styling, and the shirt needed the red stripes added to it. otherwise, it was pretty much plug n play. The Uncle Joey cake is a combination of adhesive foam sheets hand-cut to shape, stick-on lettering colored red with a Sharpie, and puffy paint for the jail bars. the under-layers are corrugated cardboard panels for their weight-saving vs. size ratio. A stick-on pop-out cellphone-holder gadget helps keep the cake in hand while displaying tilted downward. Many thanks to EmmaInCandyland for the Popov file I was able to print out and put on an empty margarita mix bottle (had to be plastic to be convention-safe)

For 1955 Mind-reading Doc Brown, I cut apart a fleece robe in the style needed, to use the pieces as a pattern for the silver and black satin. I hope to redo it at some point with a more accurately-patterned silver fabric.
The "Brainwave Analyzer" (BWA) is built around a bike helmet, utilizing aluminum bar stock, and roofing angle. The sensors are made using the plugs from 1x4 pine, cut with a 1-3/4" hole saw; some pen housings from the dollar store (will be using PVA reusable clear straws in the future) and a few sets of cylinder craft containers.
To finish it out, some red and silver electrical tape, dozens of sheet metal and machine screws and nuts; some rewired battery operated Christmas lights, a dozen lengths of 16ga. black wire wrapped around a jig, and a leather belt cut into strips for the chin strap. And some added non-functional wire just for show.

I had an awesome time, and fulfilled just about everything I could have hoped to.
Lea signed the cake, and Chris signed the helmet.

RPF PREMIUM MEMBER
Well, some of you already saw mine. Here is my Marty McFly 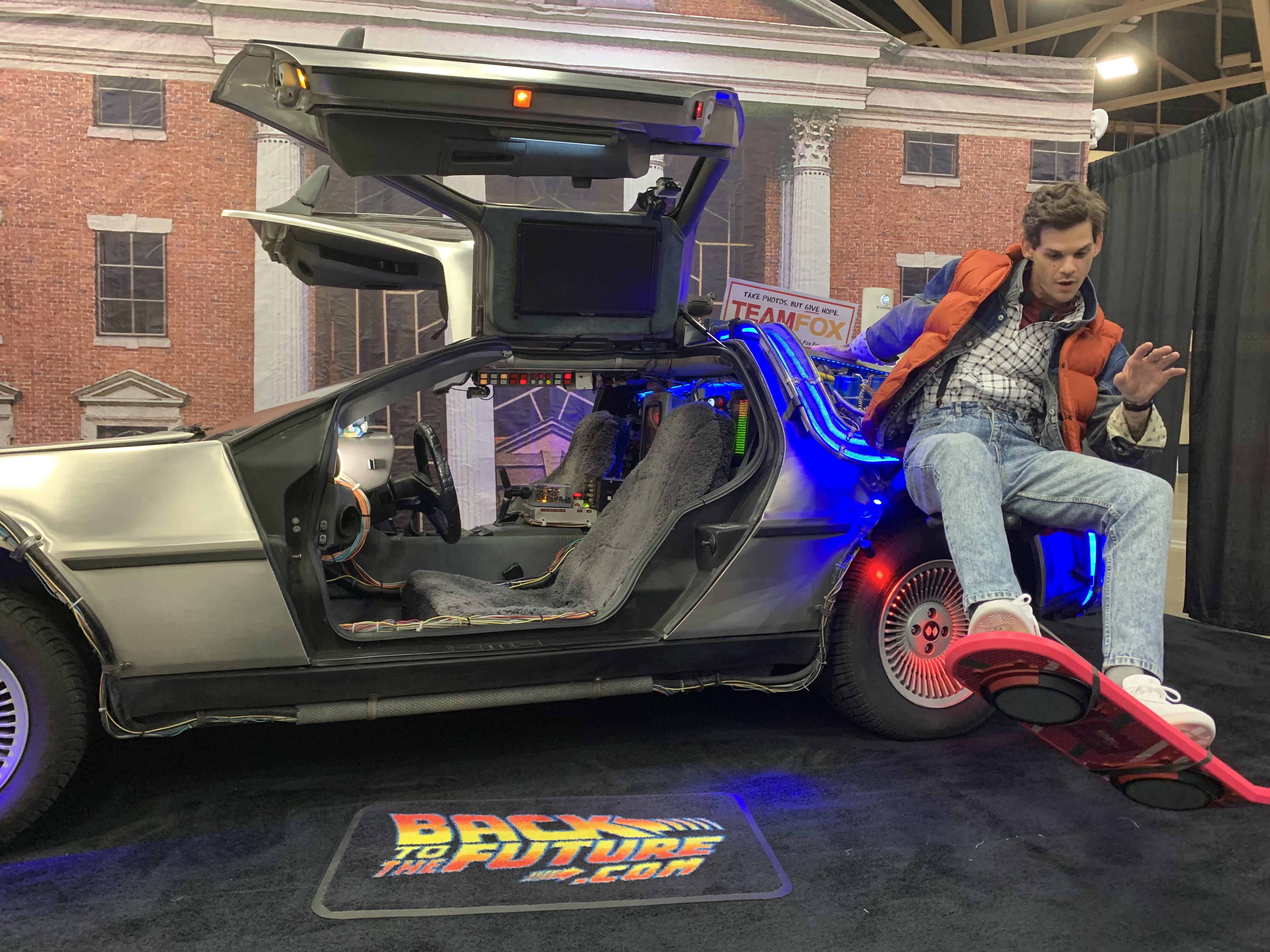 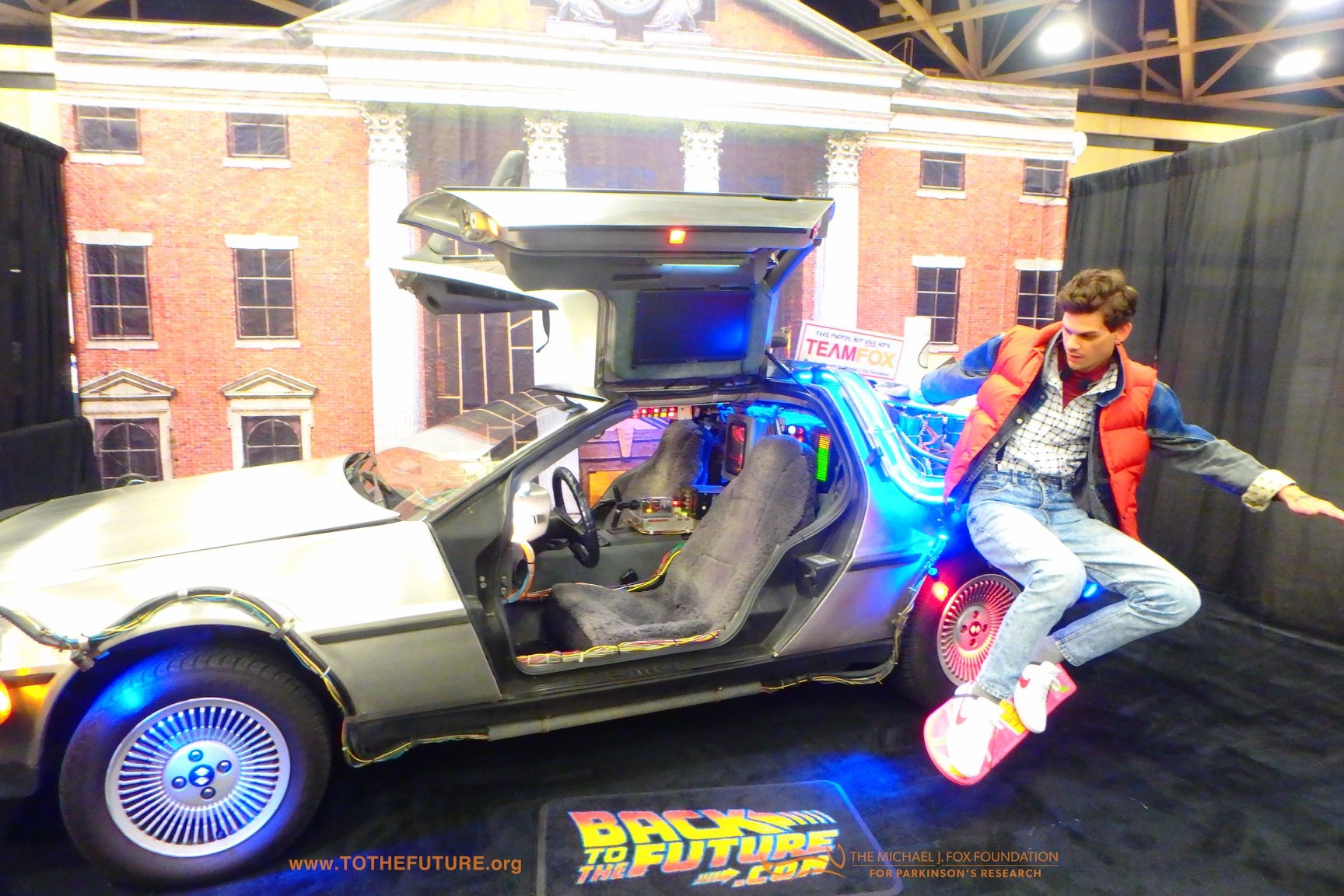 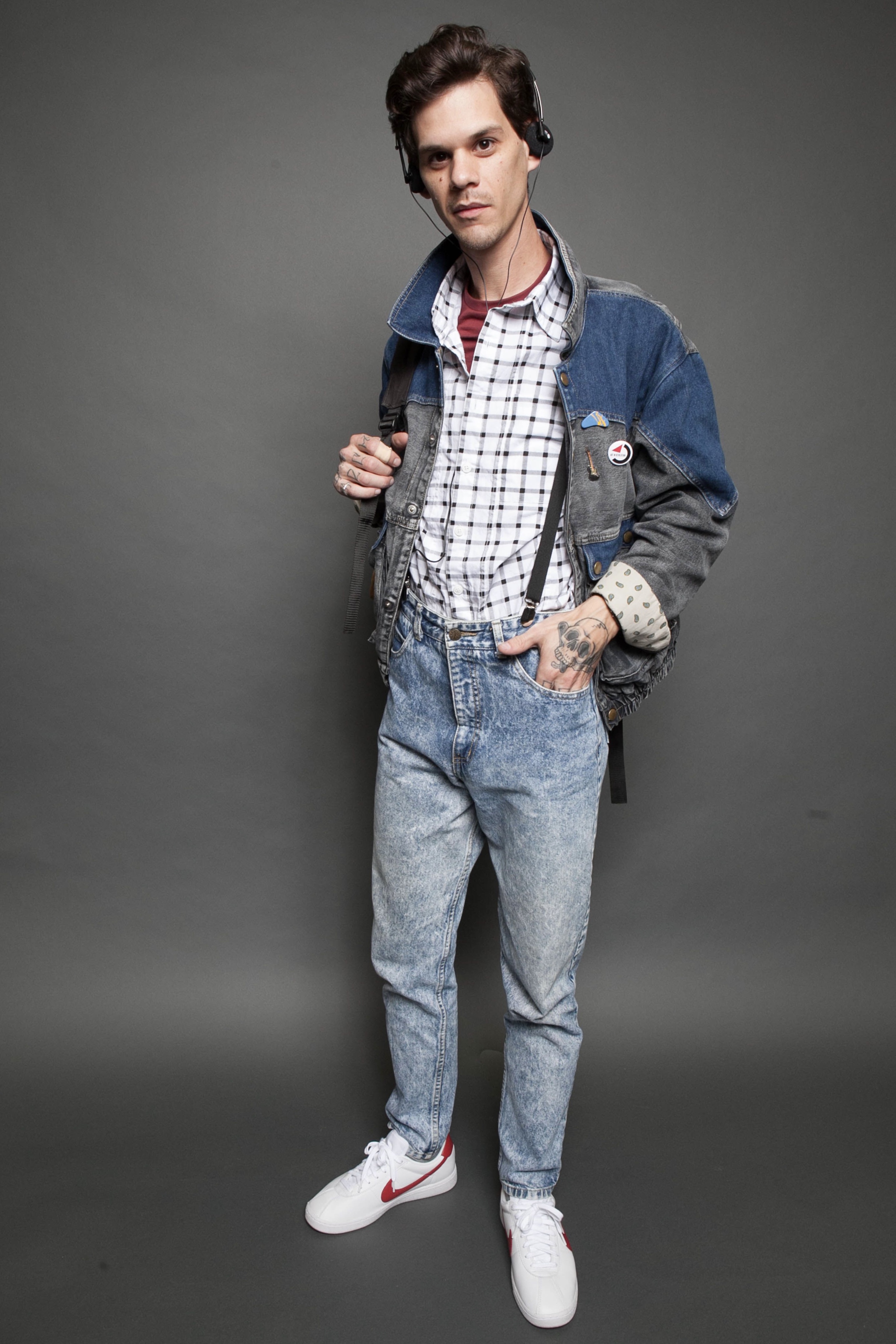 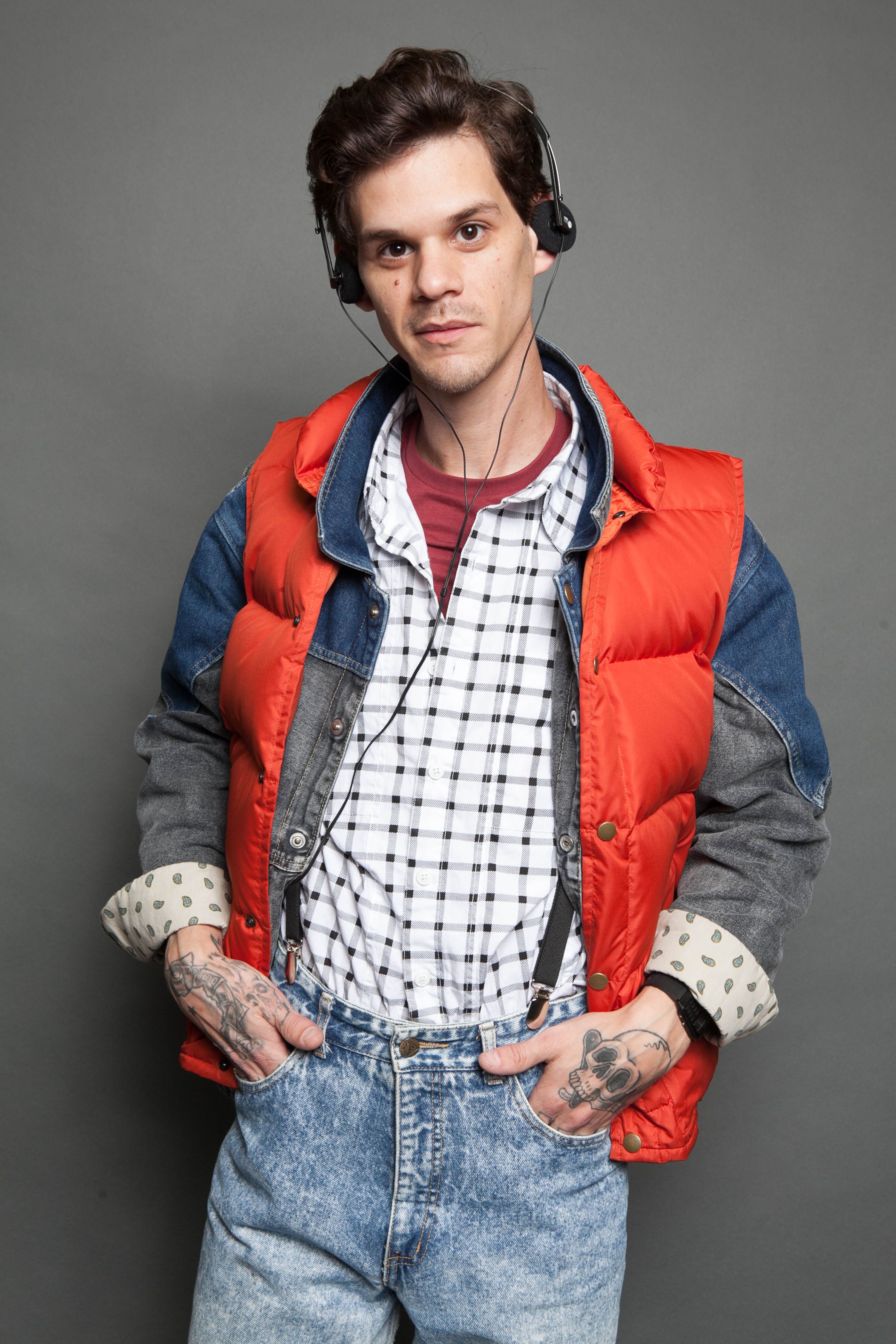 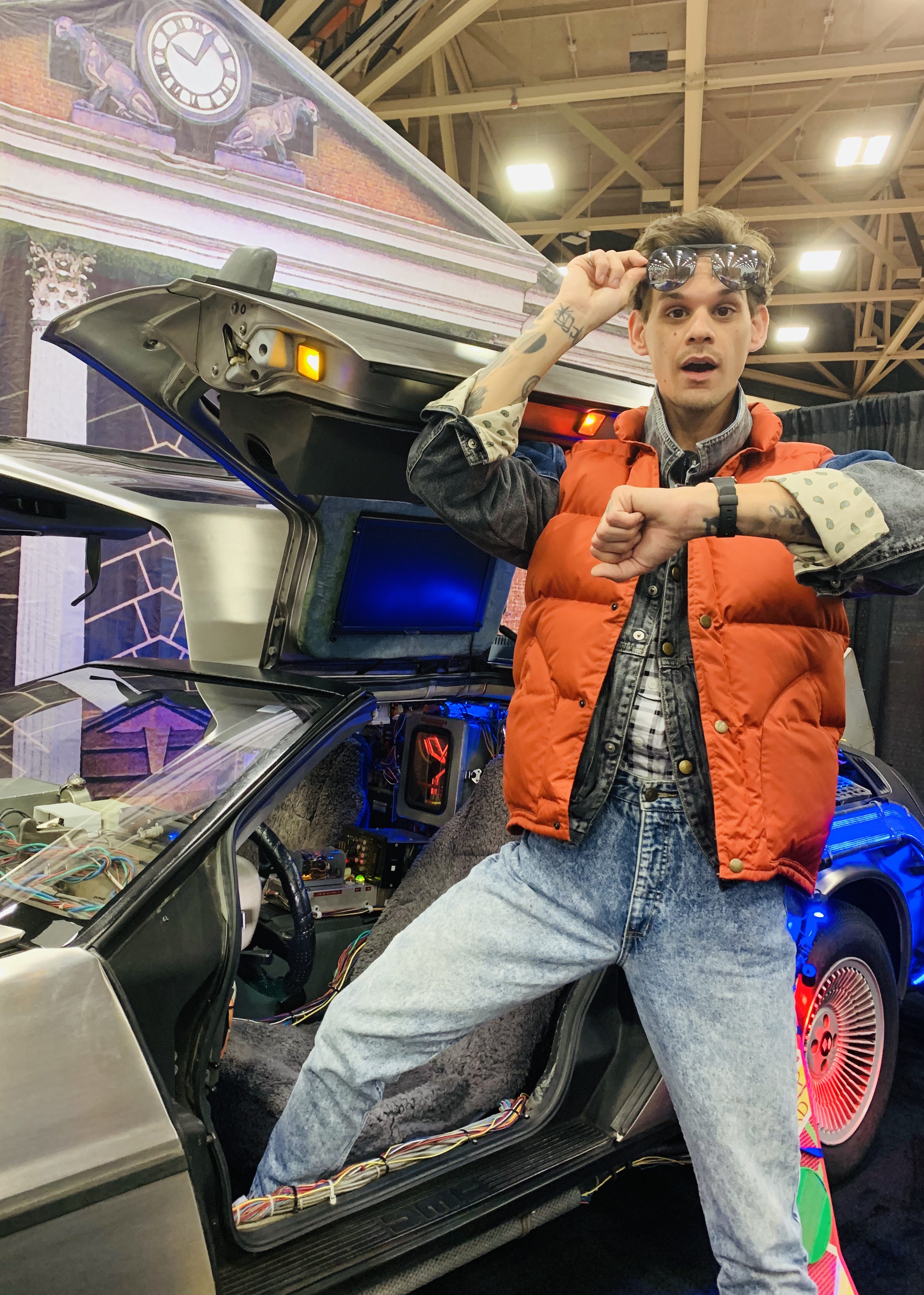 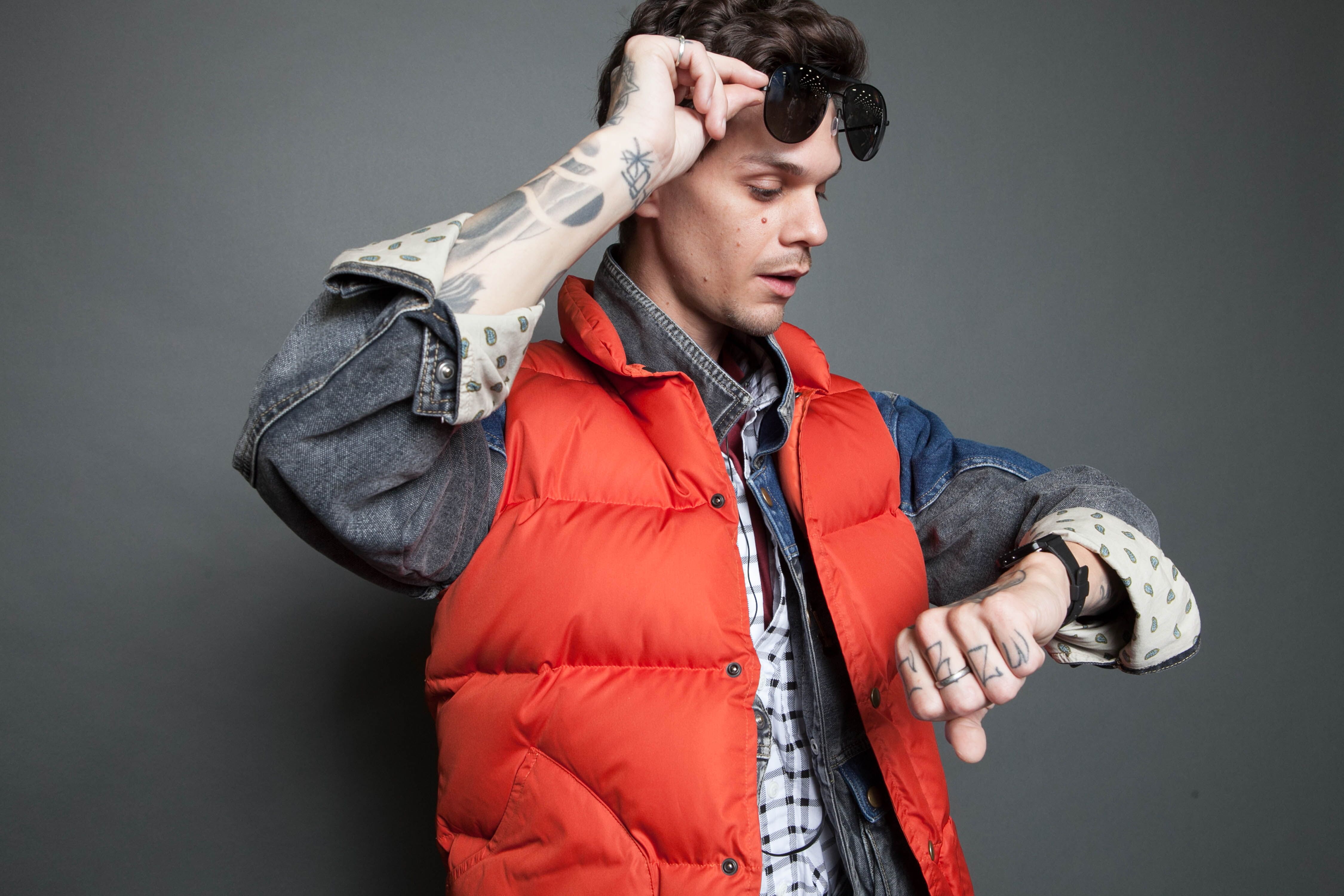 I didn’t get to do everything this year, so here’s to hoping the cast be back for a third time next year. Never know 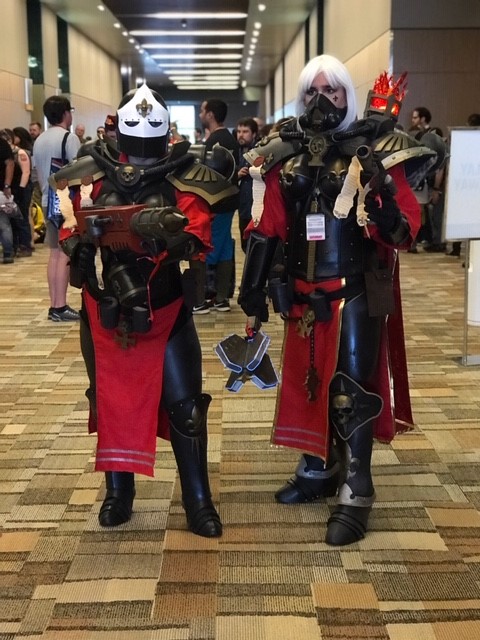 Suited up with my wife as Sisters of Battle