Having put together the bits to start on my carved foam mask, I was looking at some eyes. I'm happy to wear theatrical contacts when I'm wearing the mask, but this could be a problem if any else wanted to wear it. I wanted some eyes that could be put into the mask whilst being worn and still be able to see out of them (at least enough so you don't fall down a man hole, or walk into walls).
A search on the net threw up everything from ping pong balls (I might give those a try at some stage), to cast acrylic eyes.

Having no money (as usual) it had to be cheap n cheerful, but at least give a semblance of something reasonable. Here's what I came up with.

The wife regularly buys deodorant brands that have translucent plastic caps. I had noticed green, yellow, pink and 'white' ones. They are domed and about an inch in diameter with a small 'flat' on the top. I thought I'd give em a go.

First I drilled a pilot hole in the top with a pin vice. 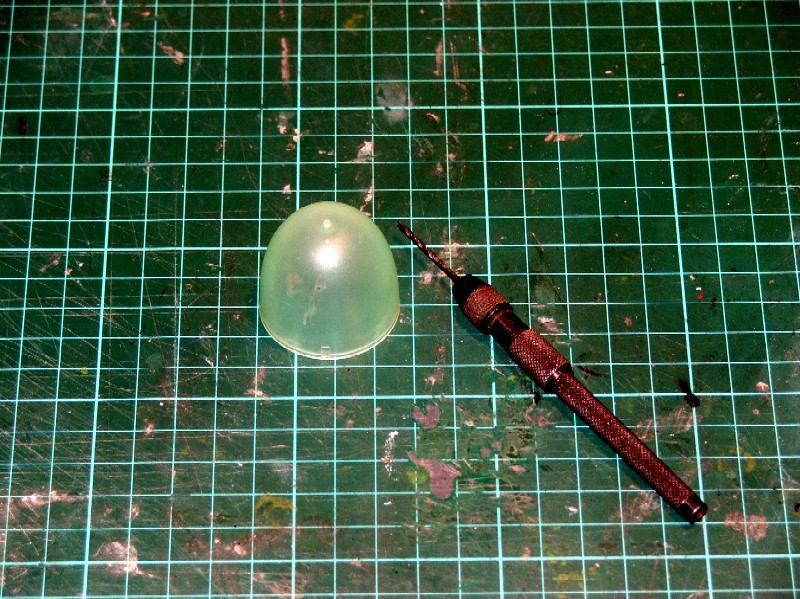 Then drilled them out to 1/4" using a cordless drill. I was amazed how much you can see through a 1/4" hole. 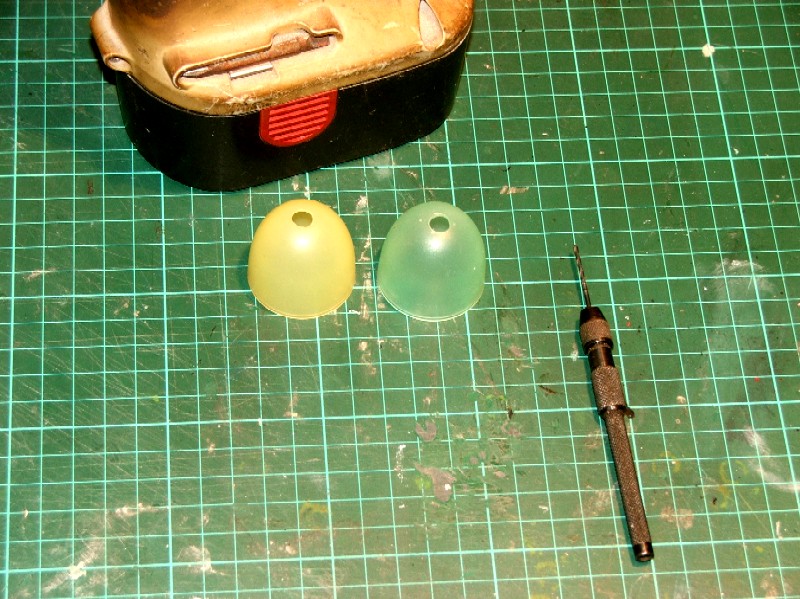 Next they need to be chucked for initial painting, you could use a 1/4" dowel, but I found an arbour from a hole cutting set with a 1/4" bit so used that. 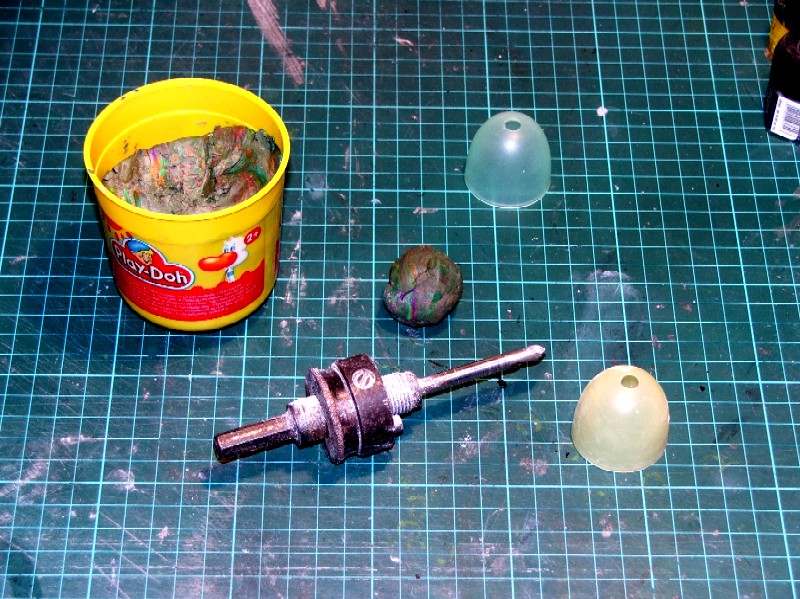 I put one of the eyes on the arbour and packed it with plasticine. 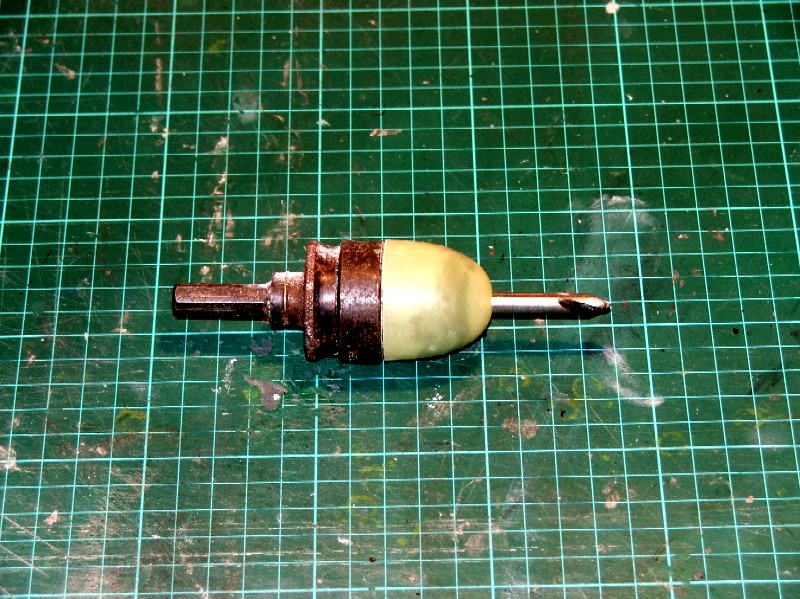 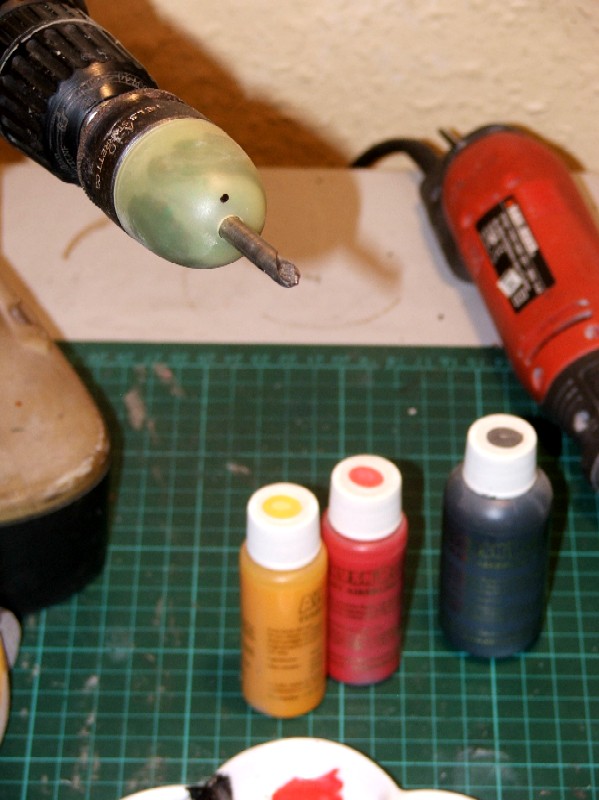 With your paints at the ready, run up the drill to a fairly slow constant speed, I used a tie wrap for this but you can use a small clamp to hold the trigger down.
I added a touch of yellow, then red, then an outer line of black. Nice and circular. 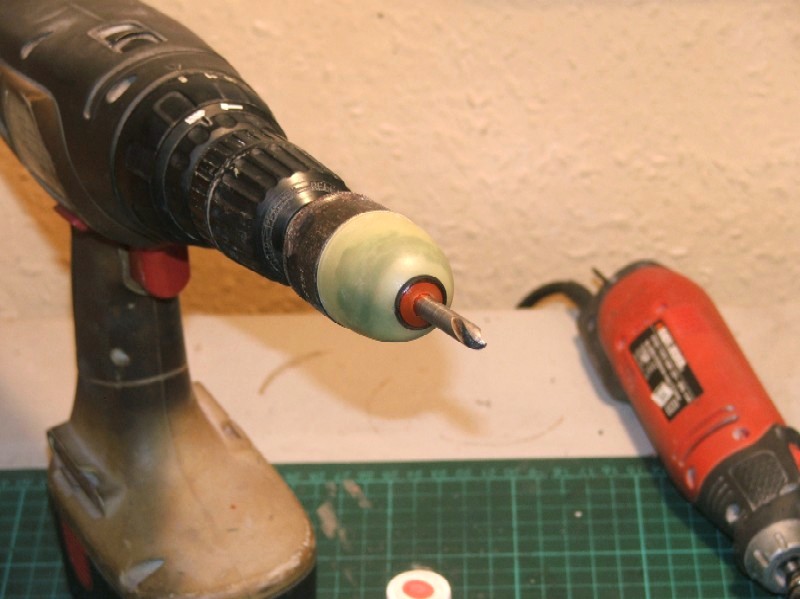 Next I removed the eye and started adding some more yellow. 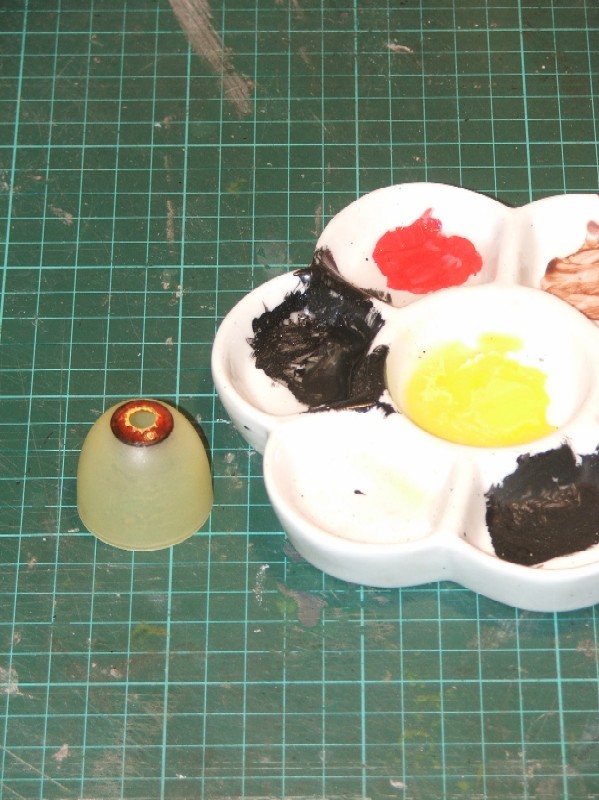 I blended out some of the red and black edge.... 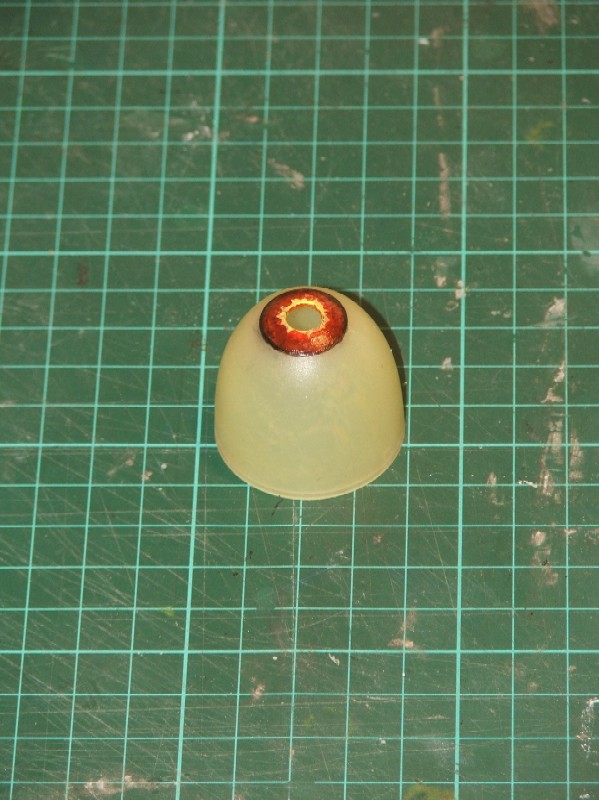 then used my rigger to start adding some filament lines. 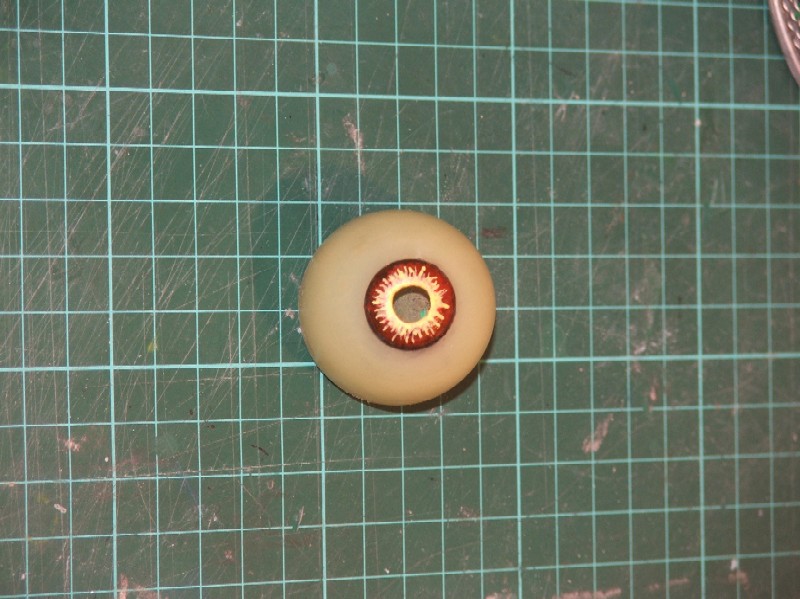 Not great as yet, my painting eye skills need a lot of improvement! I intend adding a little airbrush over-spray and some red nylon filament veins, then the whole thing will need a coat of permawet or similar. However, current cost of these eyes has been the cost of the paint.

Now, THAT is freakin' creative! Great use of an everyday office, brother!

Haha that was unconventional and cool at the same time!