I just finished up my 4th Kermit Puppet build. It never seems to end, as I'm always seeing things that need to be improved. This time, it was the shape and material of the mouth-plate that motivated me to make this one, along with a scale modification after I spent some time studying an original Kermit up close in an exhibition here early this year. Kermit looked surprisingly small in person--not much bigger than the MR replicas Kermit. I redid most of my patterns, especially the head, as this time I used rubber as the mouth-plate material, giving him a wider range of emotions. Overall, this Kermit is also slightly smaller than my earlier builds--even closer to the original I observed. Even then, he is still just over two feet in height. Materials used, except for the rubber mouth-plate, are the same as previous builds: antron fleece from "Puppet Pelts" (a great shop), black adhesive velvet, ultrasuede (red), jewelry wire (fingers), felt, 35mm domes (Puppet Pelts).


I'll start with the pics of the final result: 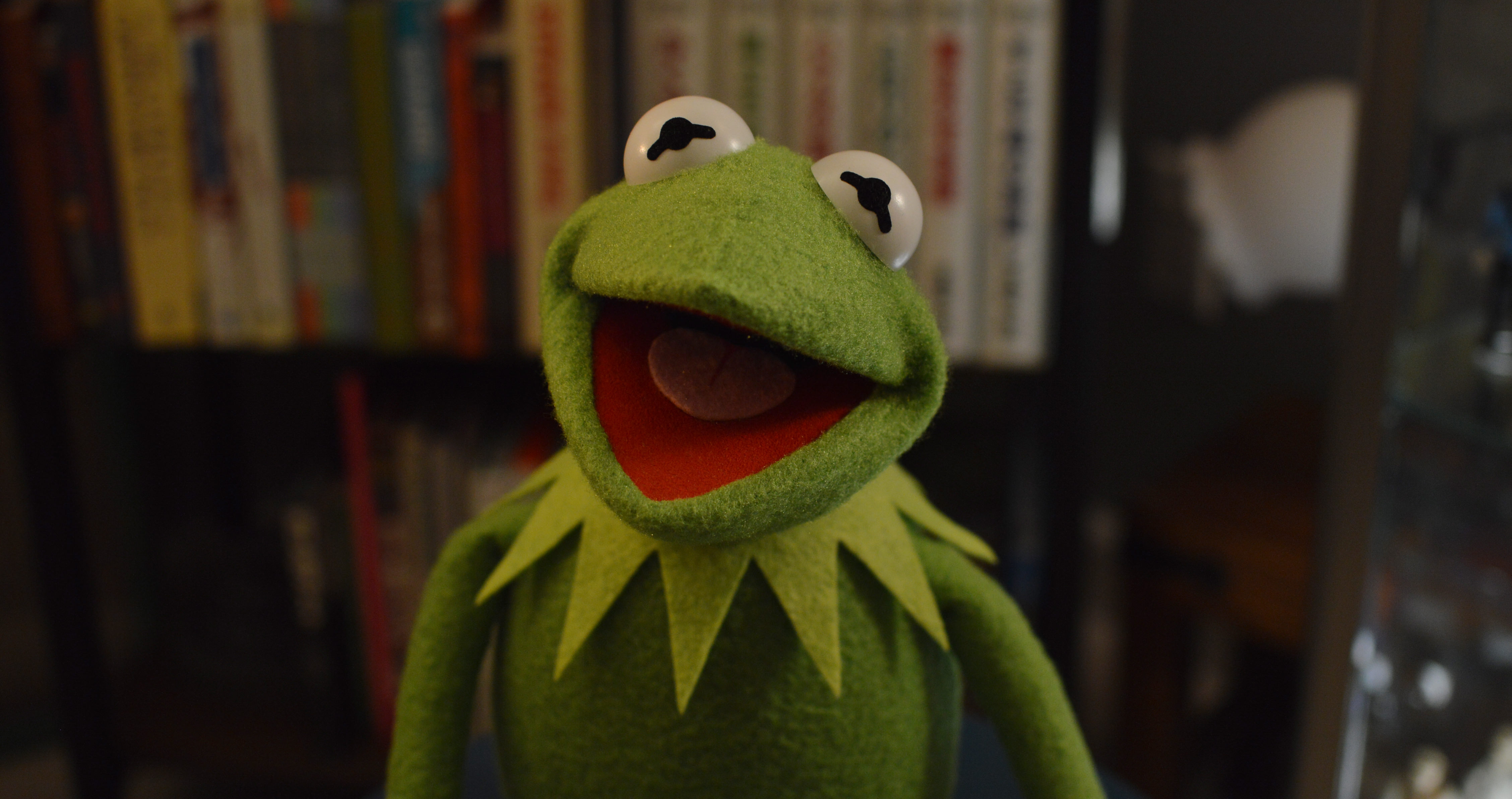 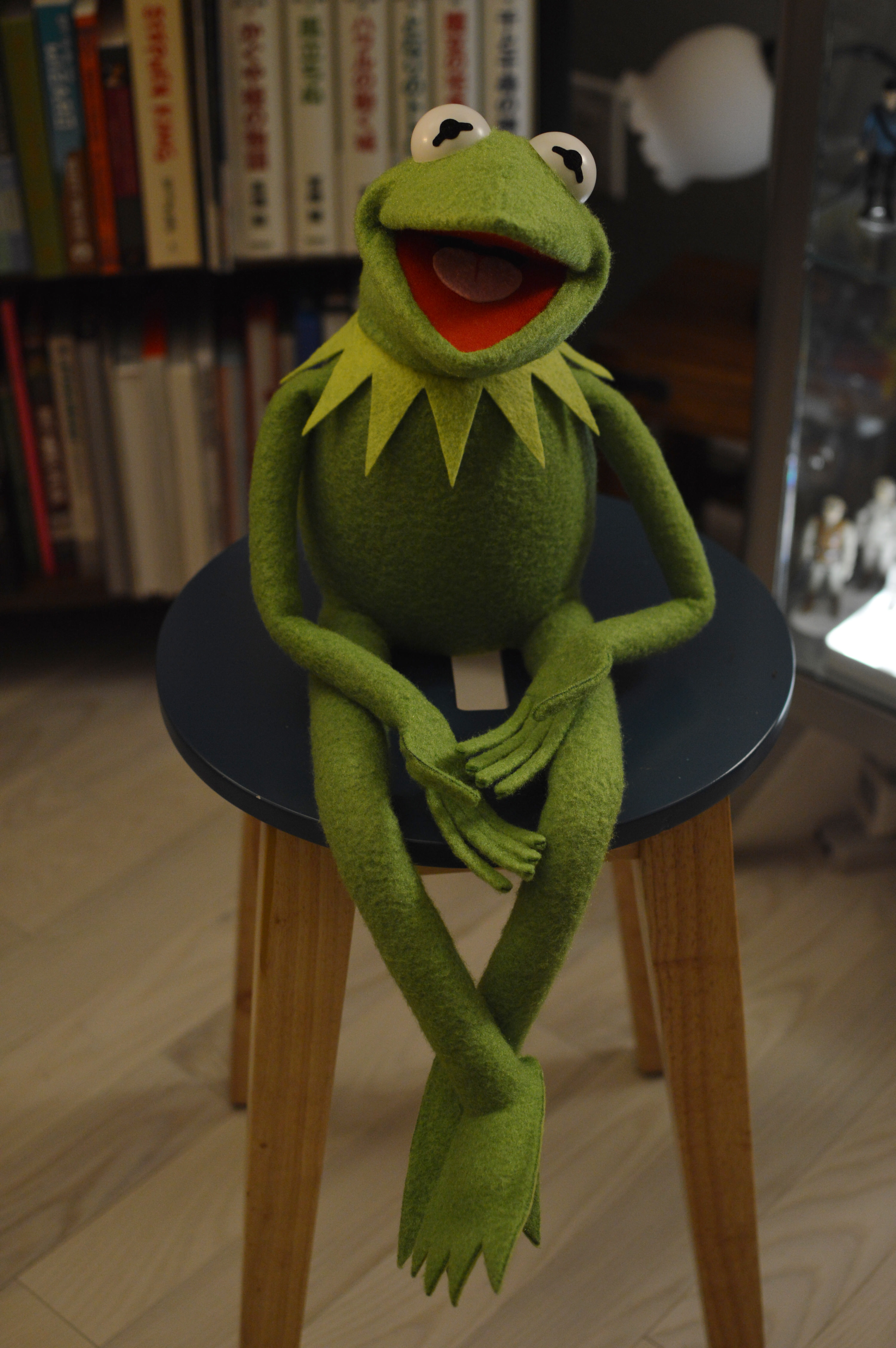 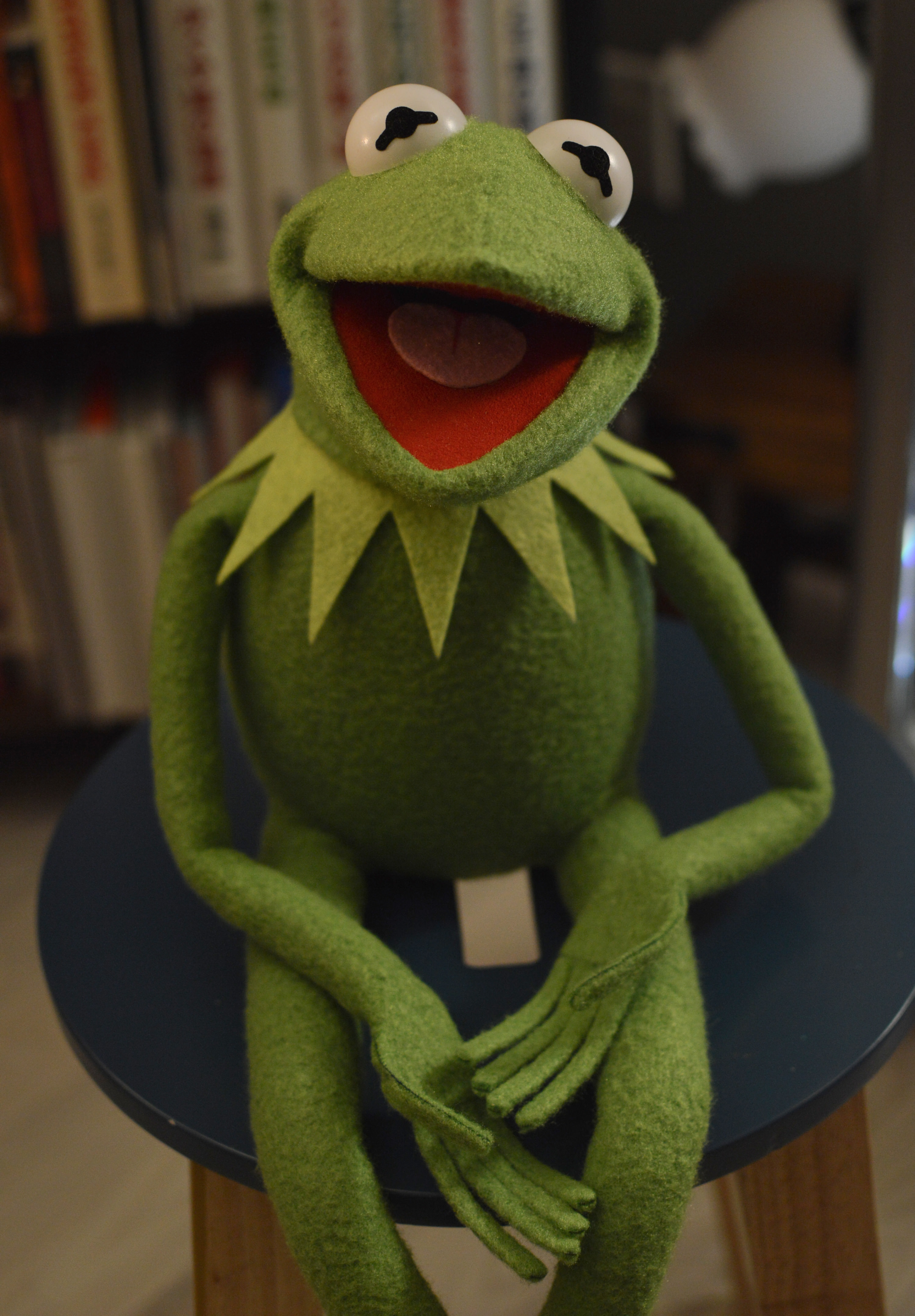 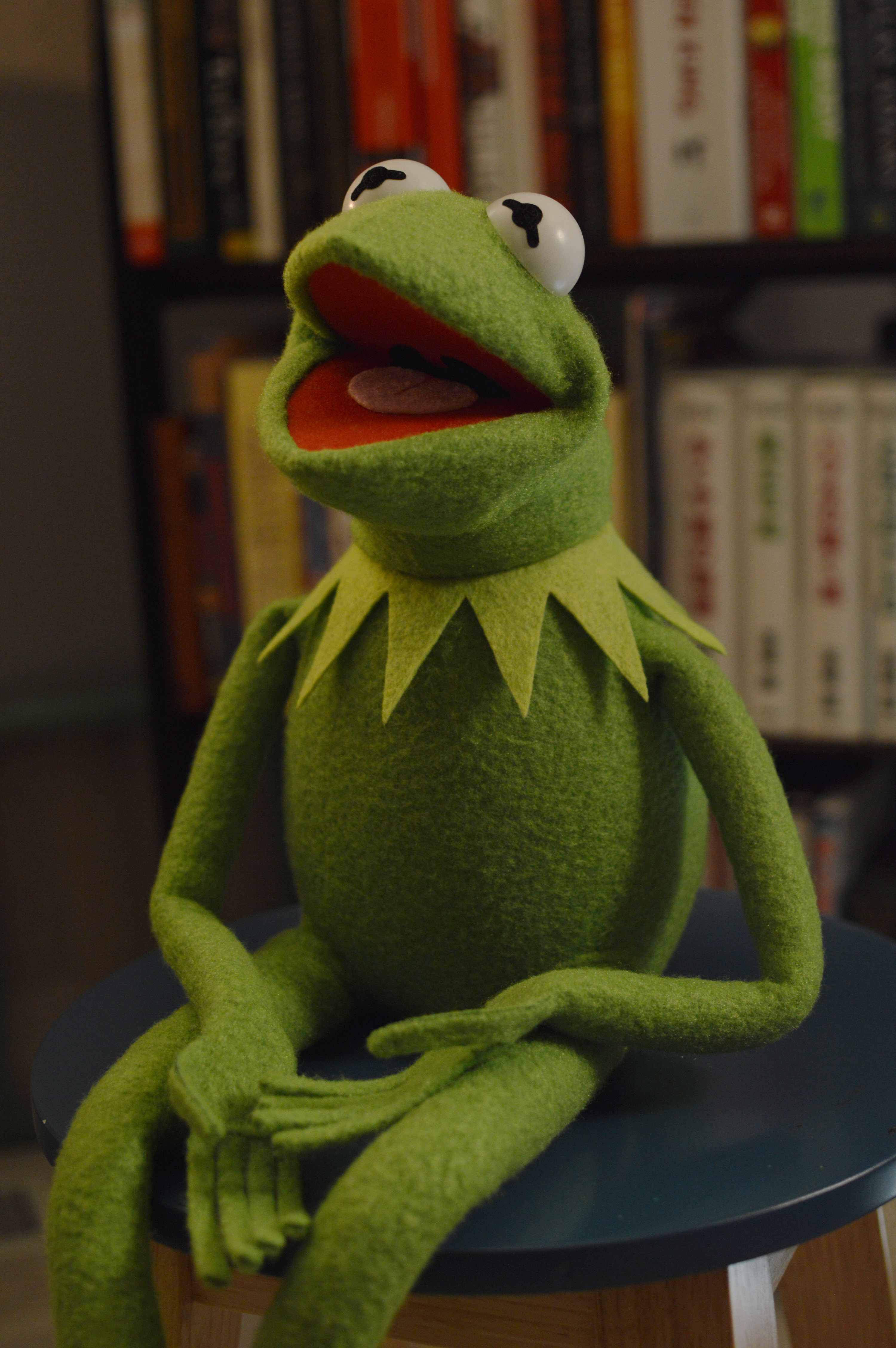 Some progress photos below! I'm not releasing the new patterns for this build, as it just took far too much work on them to get to this point, however, the modifications were done to the patterns I've previously posted on my earlier Kermit build. I'll eventually write up a few tips/tutorials on how to customize the head pattern to your own hand.


Pattern Bag: It took me 6 different designs to arrive at the head that you see on this build. Most of the changes were small, but made big differences! 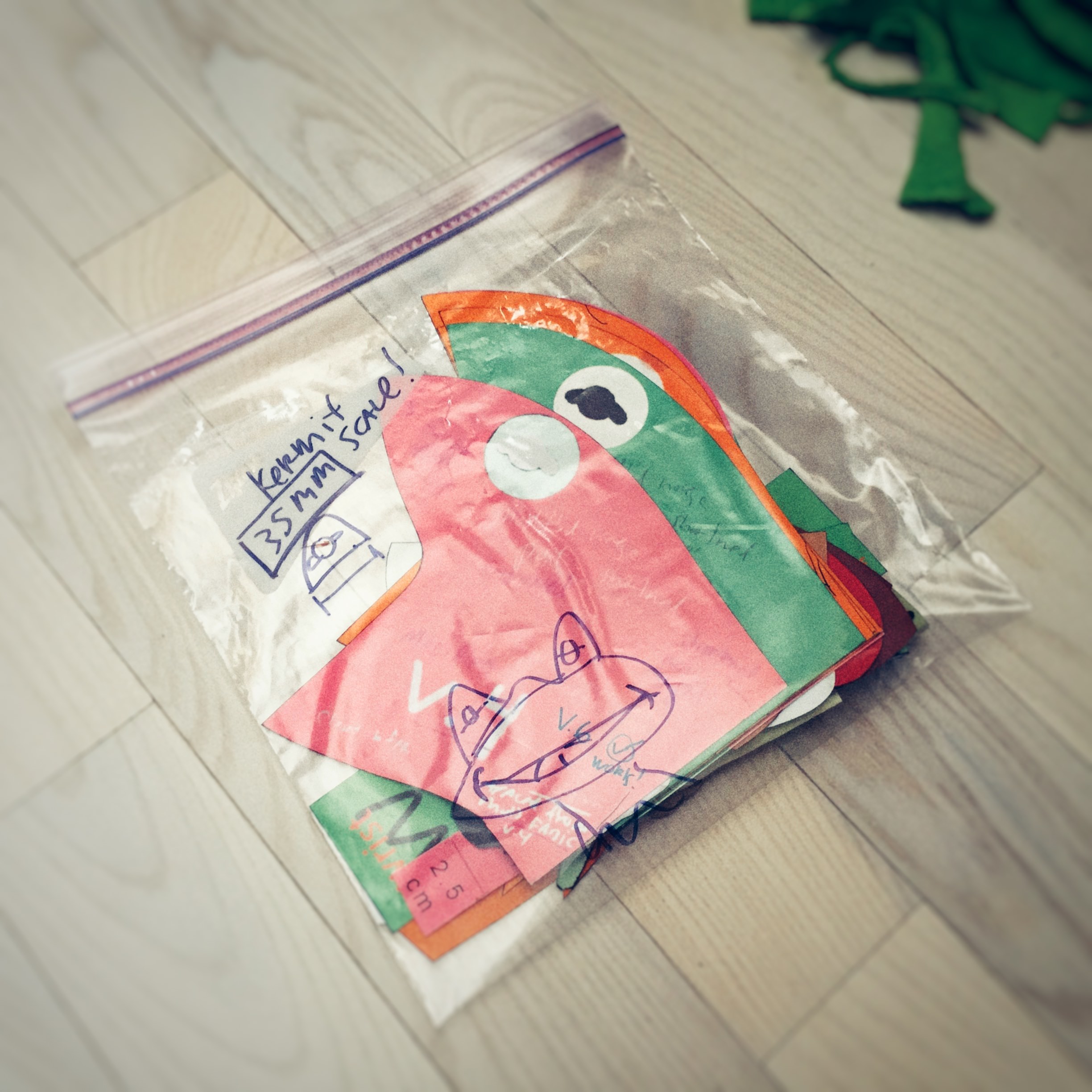 The feet are based more on the iconic Kermit feet than the earlier flat looking style that I used on my previous build. 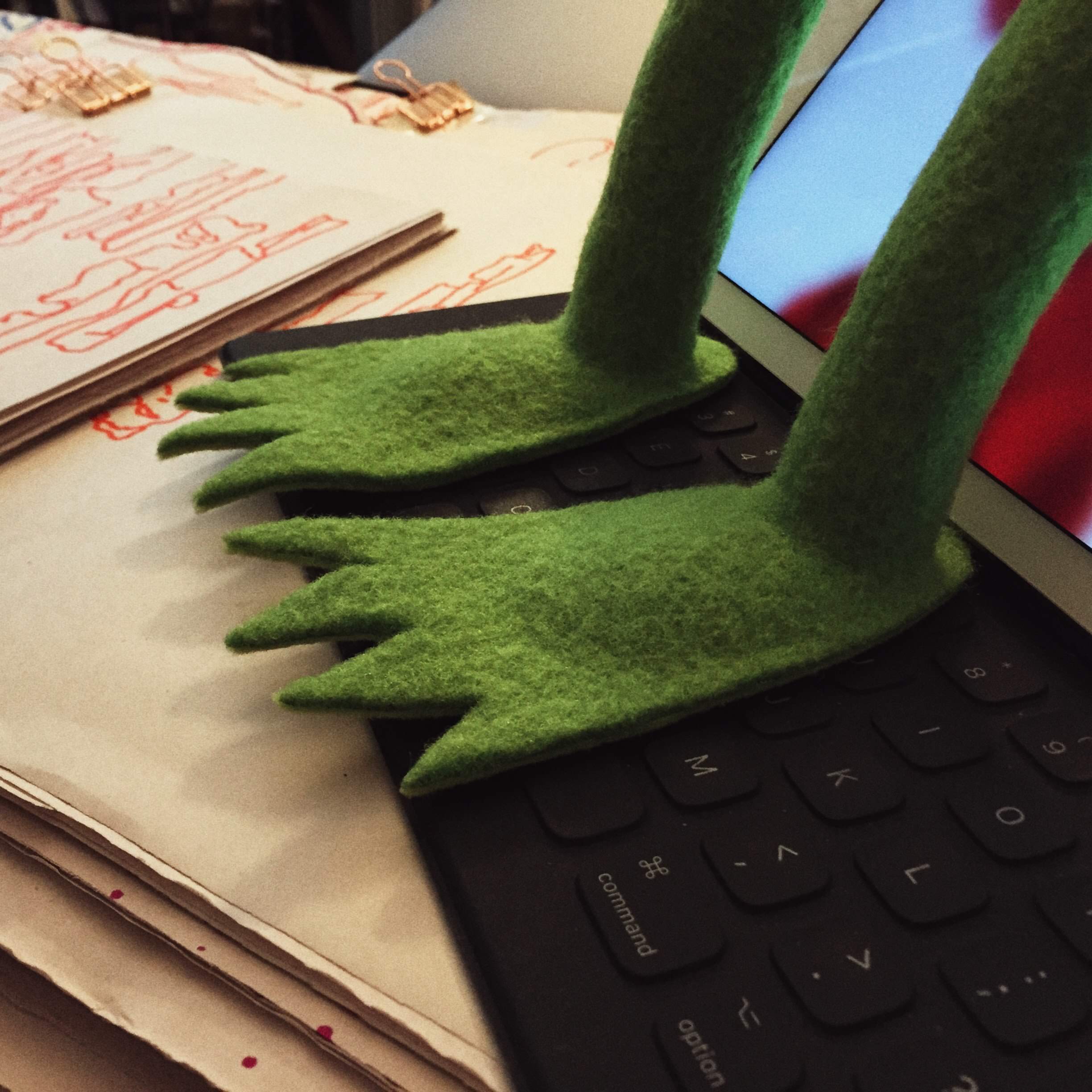 Arm/hands patterns were upgraded by combining the palm with the arm (like the MR pattern). A bit more streamlined than my earlier pattern. 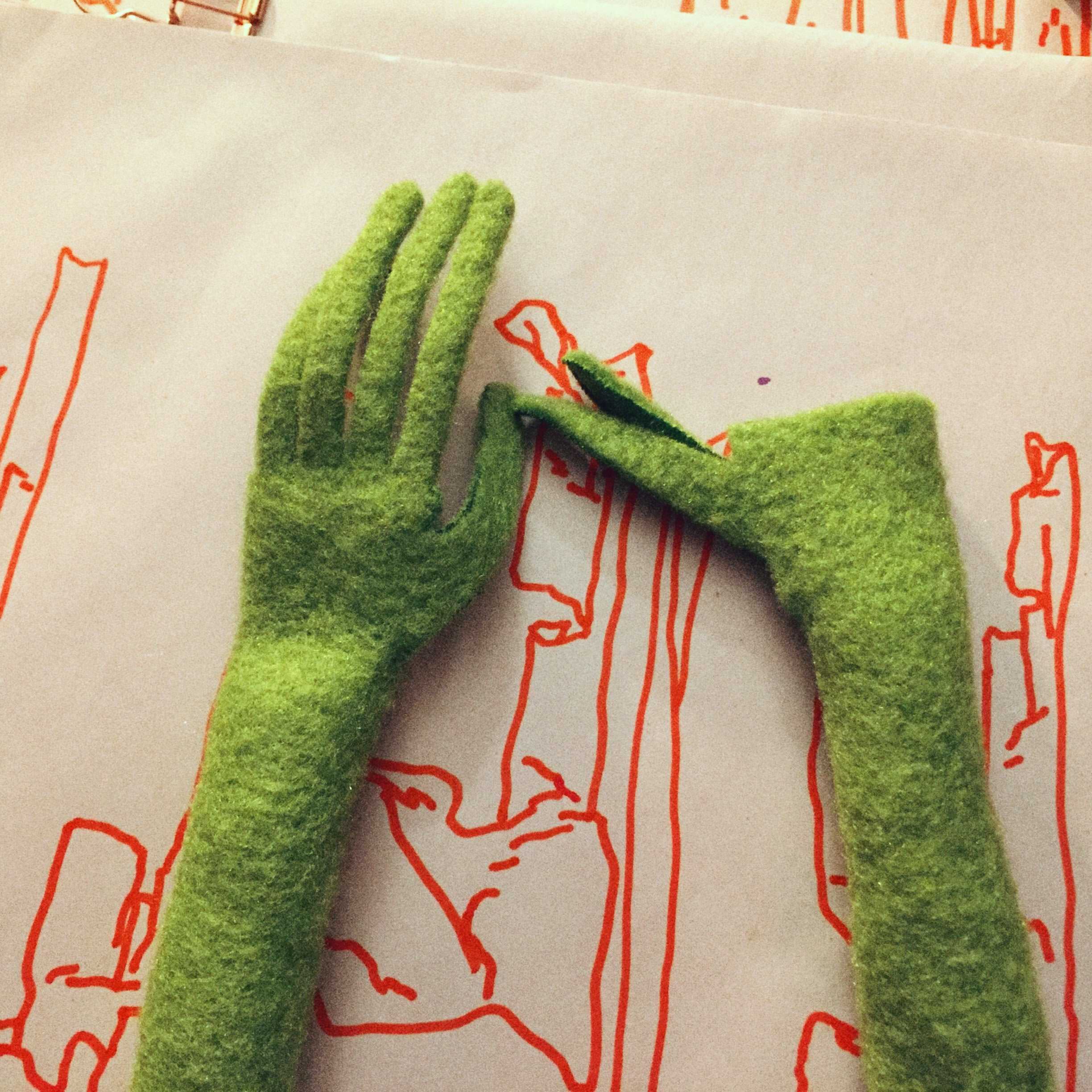 Styrene "palm" insert. The finger wires were hooked and then epoxied into the plate for more security. 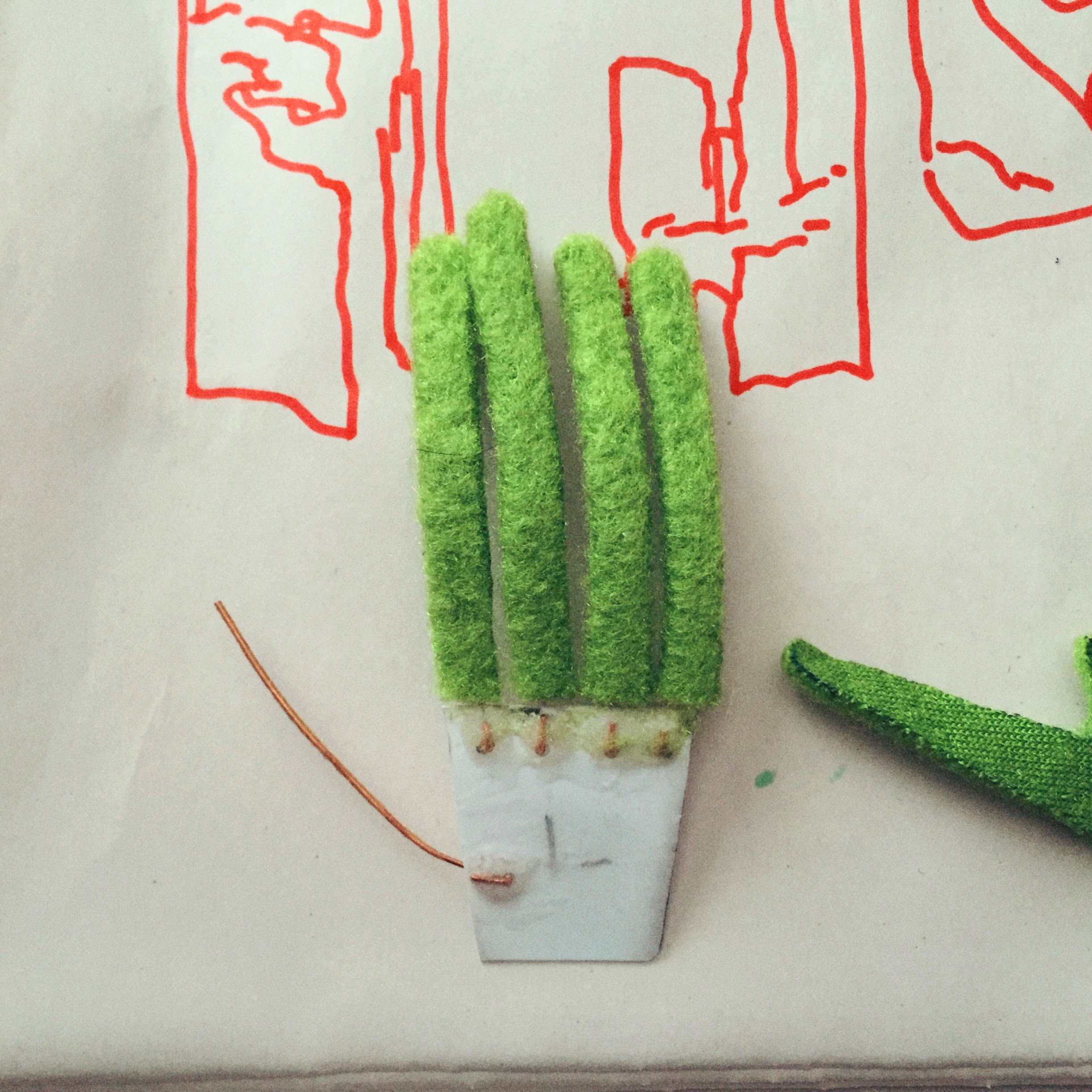 The eyes are 35mm domes (scaled down from the 40mm ping pongs I'd used on my previous builds), purchased from "Puppet Pelts", and then painted. I also modified the attachment in the back with a nylon screw and nut, as I wanted them to be removable. At some point I may sand down the profile of the nut so that it is less intrusive on the performer's hand. 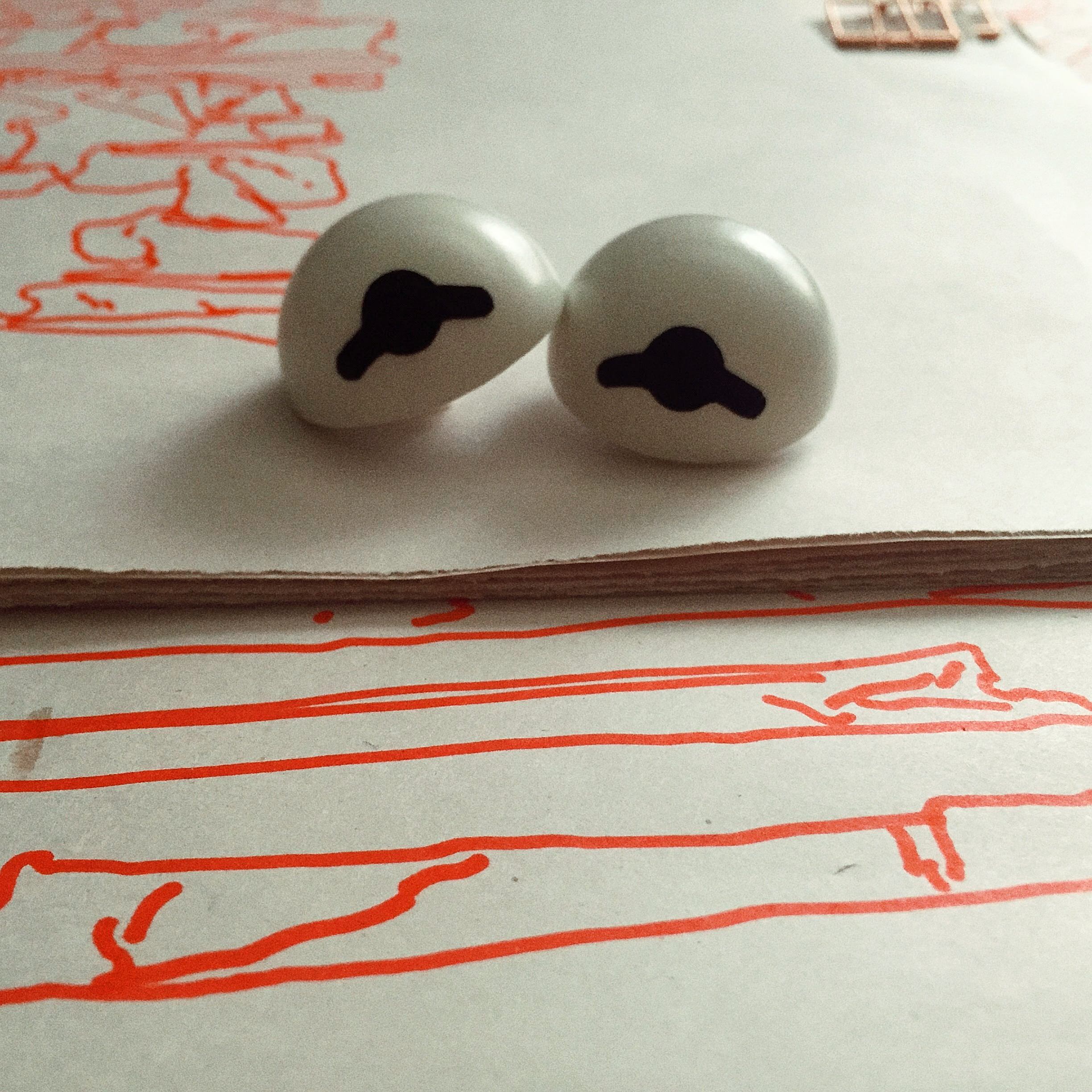 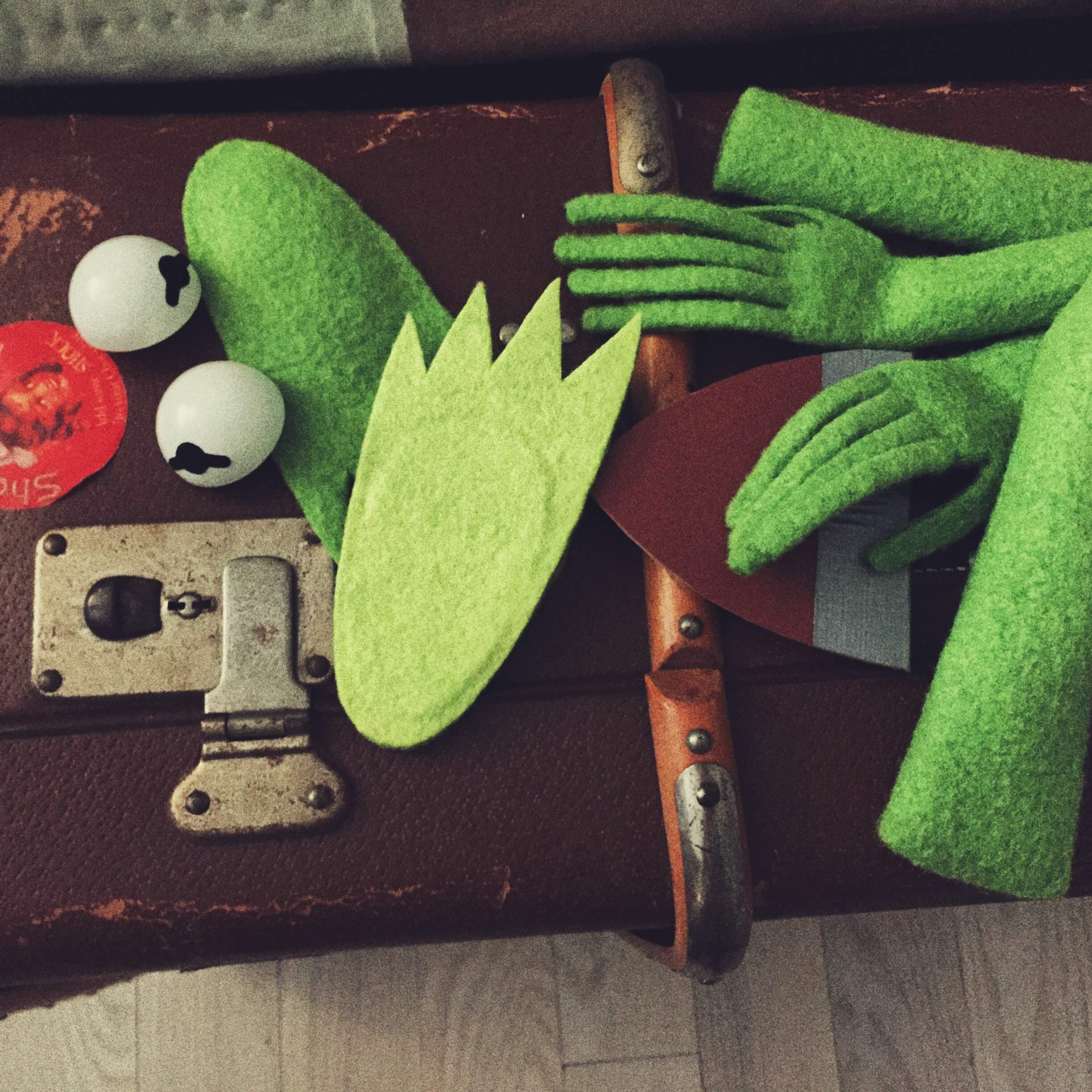 Giving the felt a slightly yellow tint. I wanted the felt to have a slightly more lime appearance with a hint of yellow, to make it look more like some of the earlier Kermits. The exhibition one I saw had a collar similar to this color: 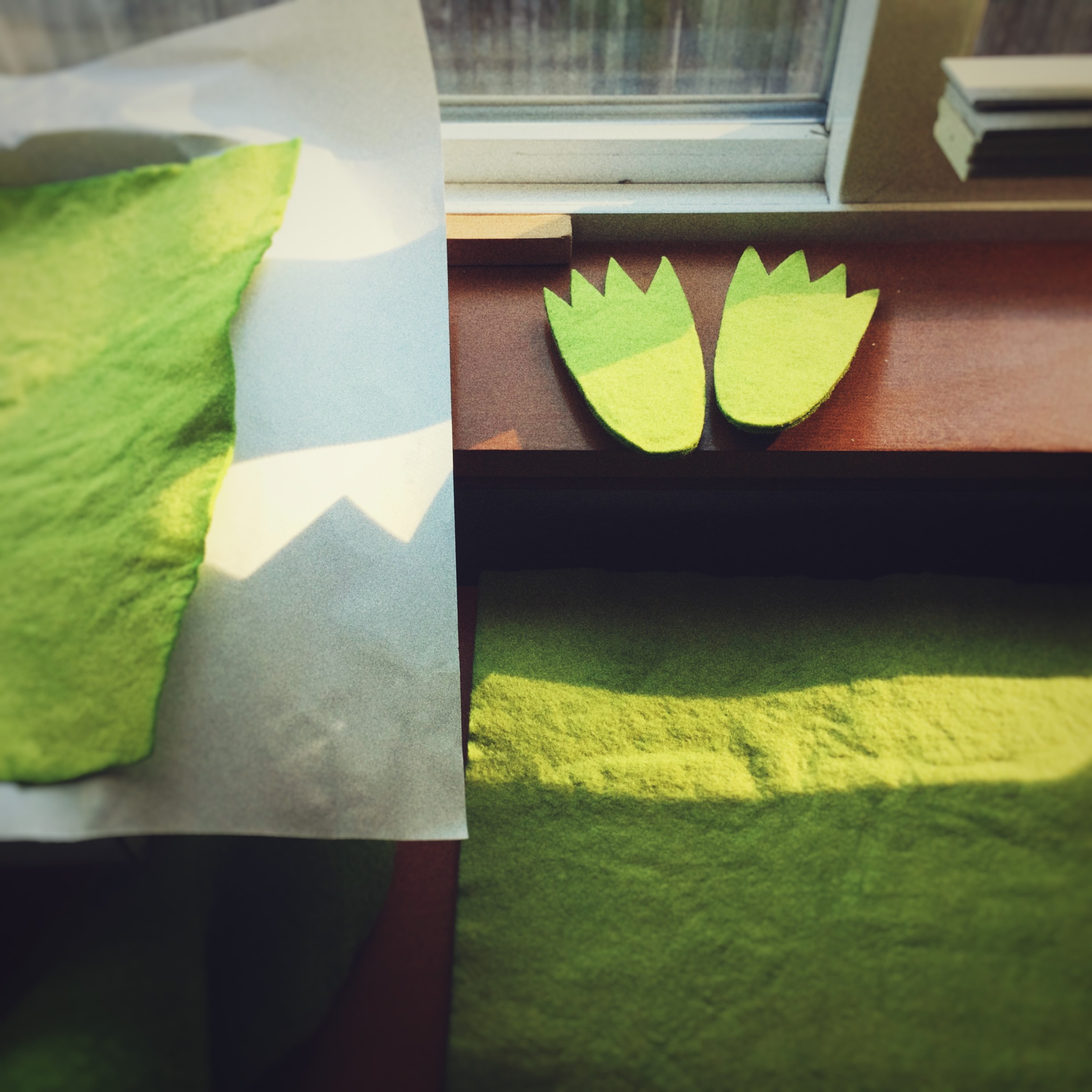 I'll update more with some tutorial drawings and tips!
Last edited: May 7, 2018

Thanks! Here's something I wrote up that might help de-mystify a few things about the head pattern. It's still a tough process though, but it might clear up a few questions as to "how do I make it do this?". 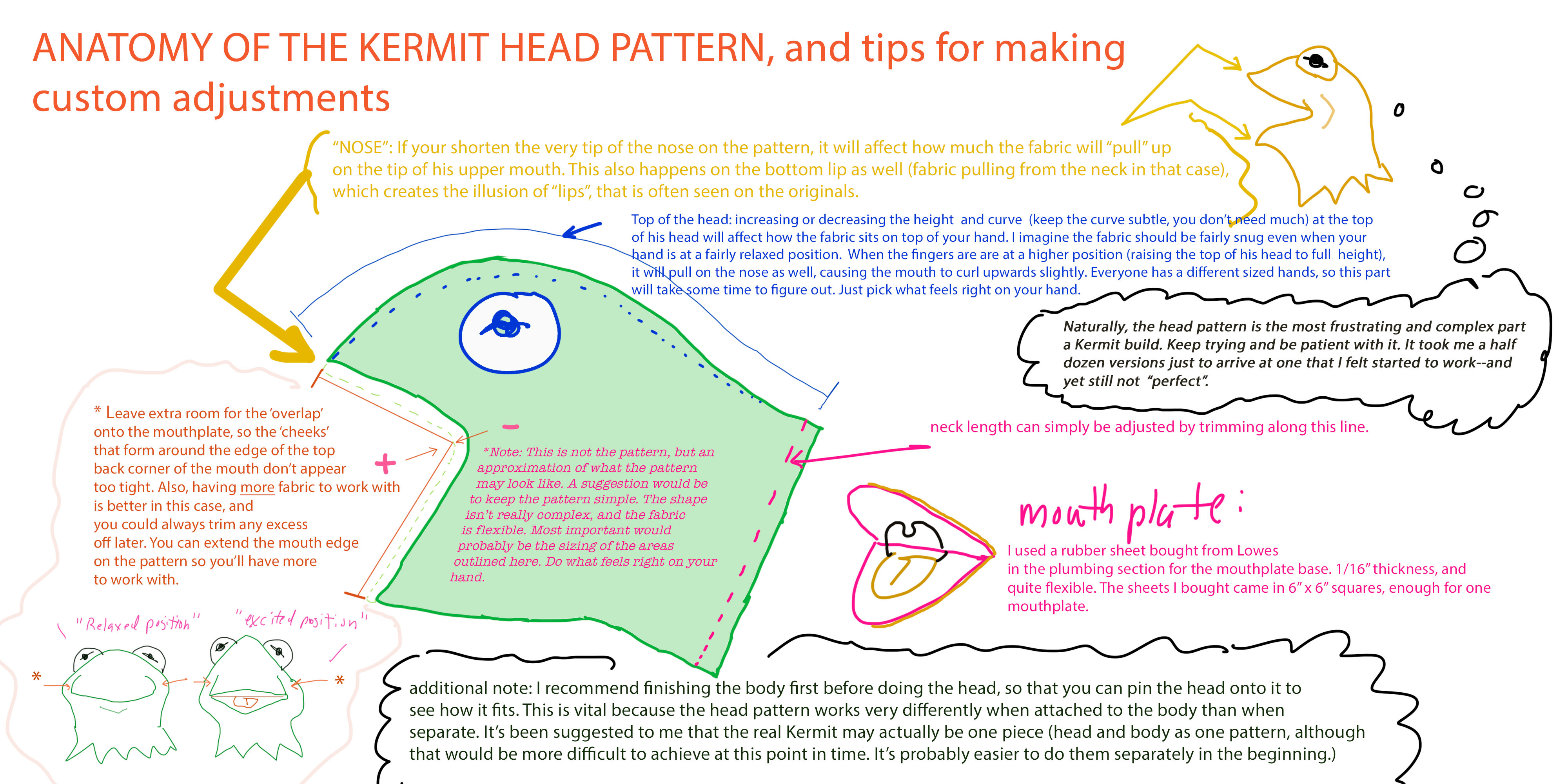 Also here's a quick video (no sound) that I took before it was finished. Not the greatest way to show it though, as I had to hold the phone with my left hand while moving the puppet with my right!

He looks great, congratulations on a great build!

Hi ho another great build there!

He looks great, congratulations on a great build!

Your Kermits are anazing!

This continues to be an excellent, well thought out build. Nice work!

So I ended up making a 5th Kermit, and here is sitting next to the 4th build! Turned out basically identical, although I made some slight modifications to the body shape and his head is just slightly roomier!

Send in the clones!!! 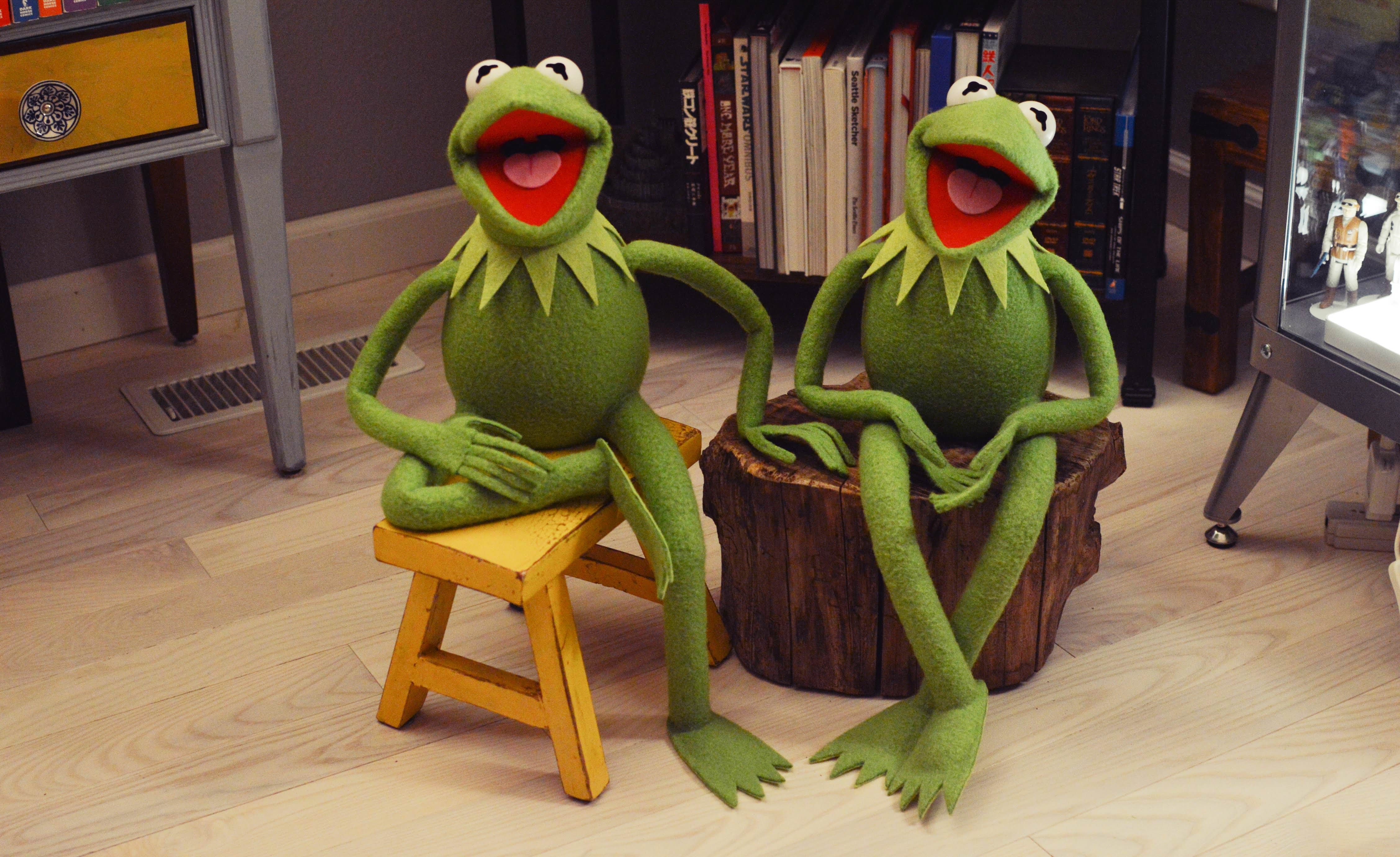 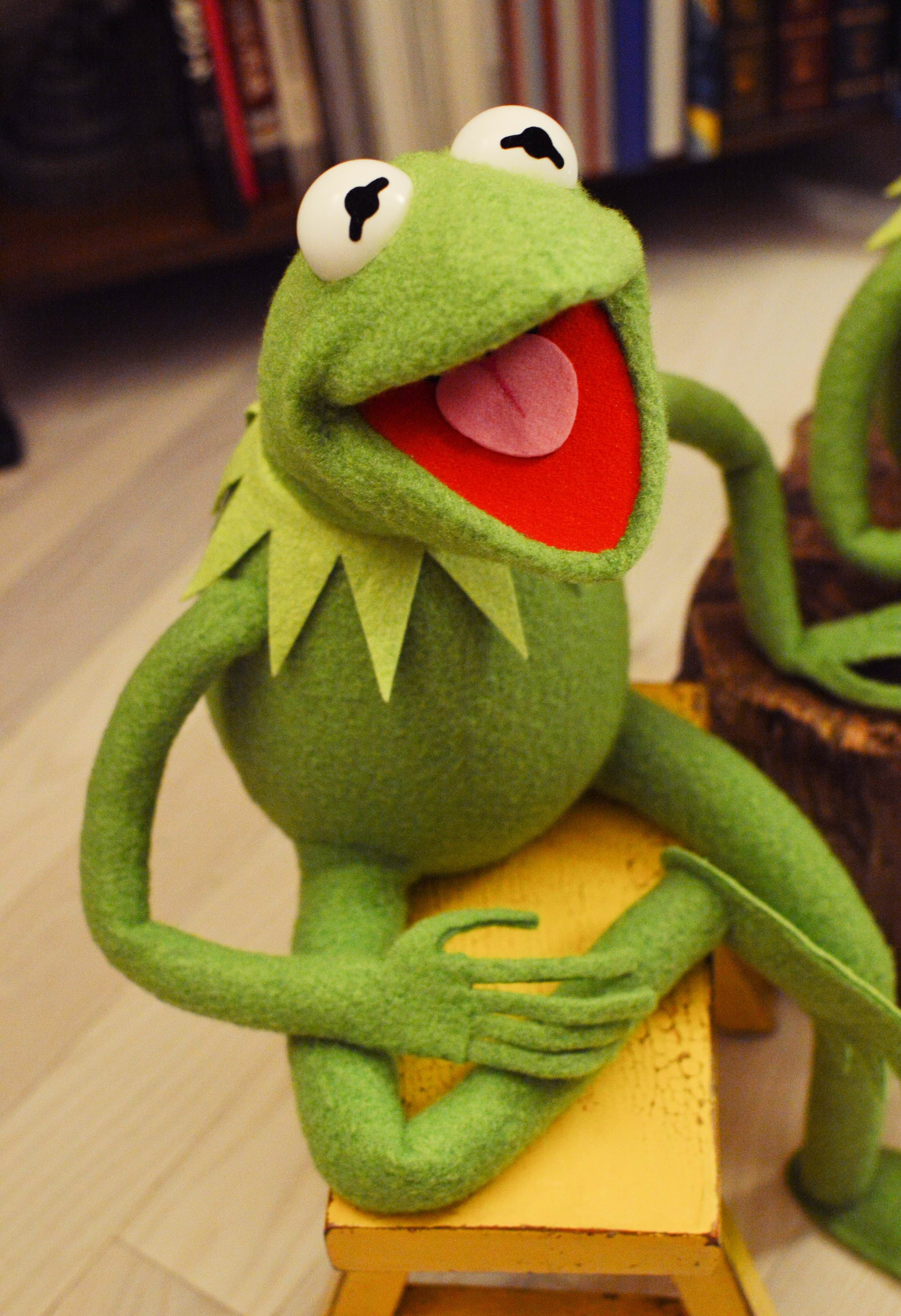 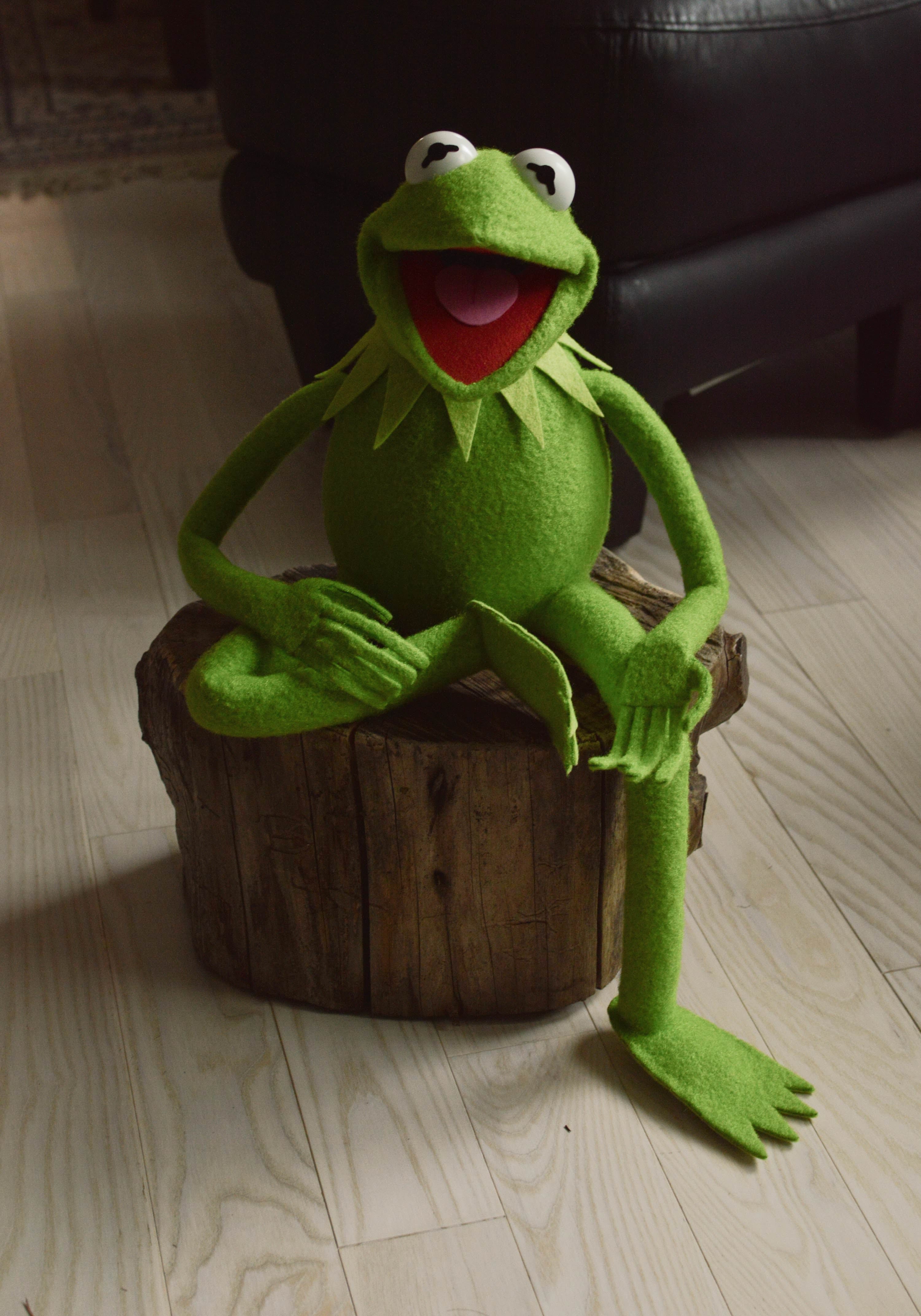 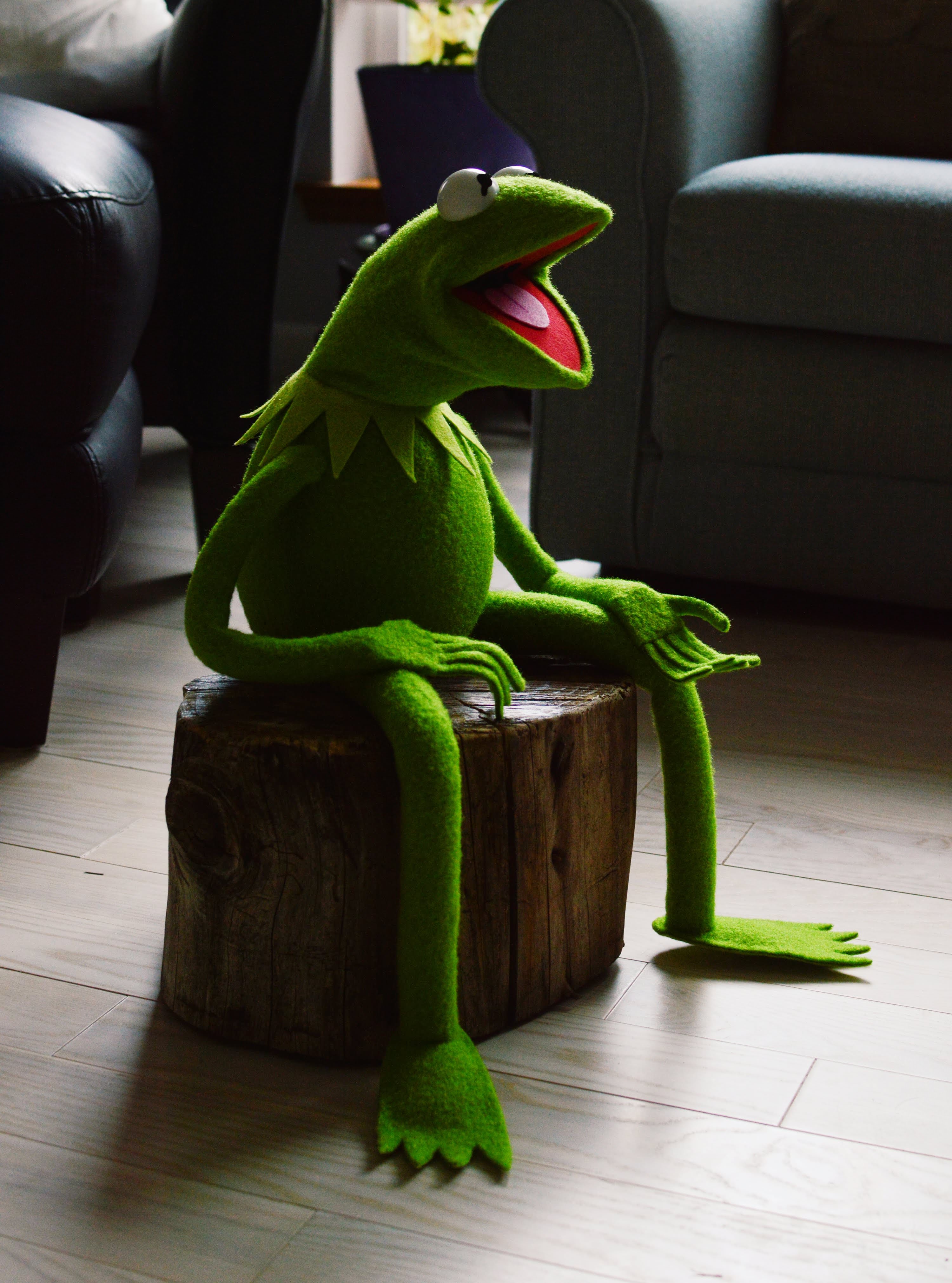 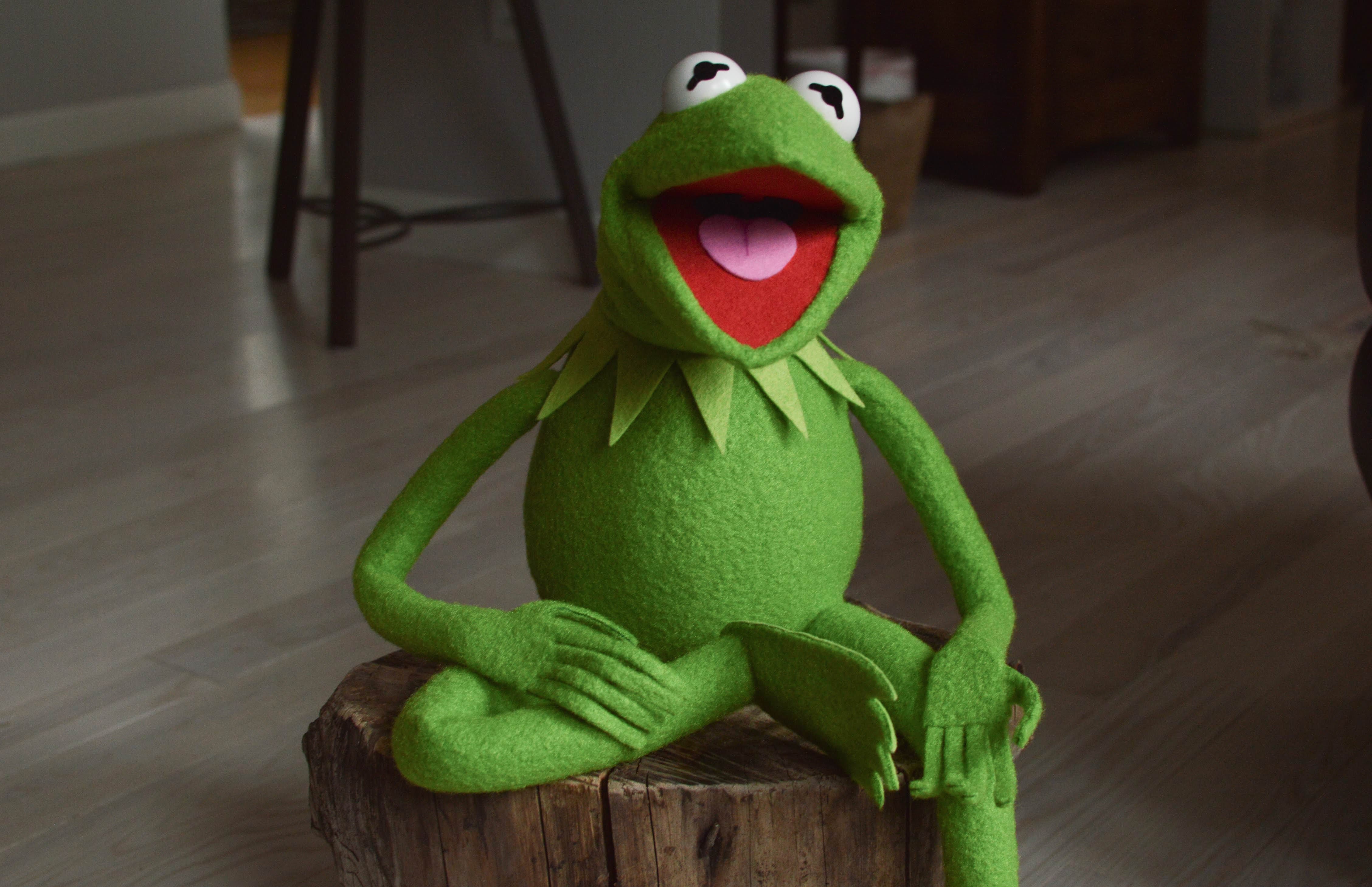 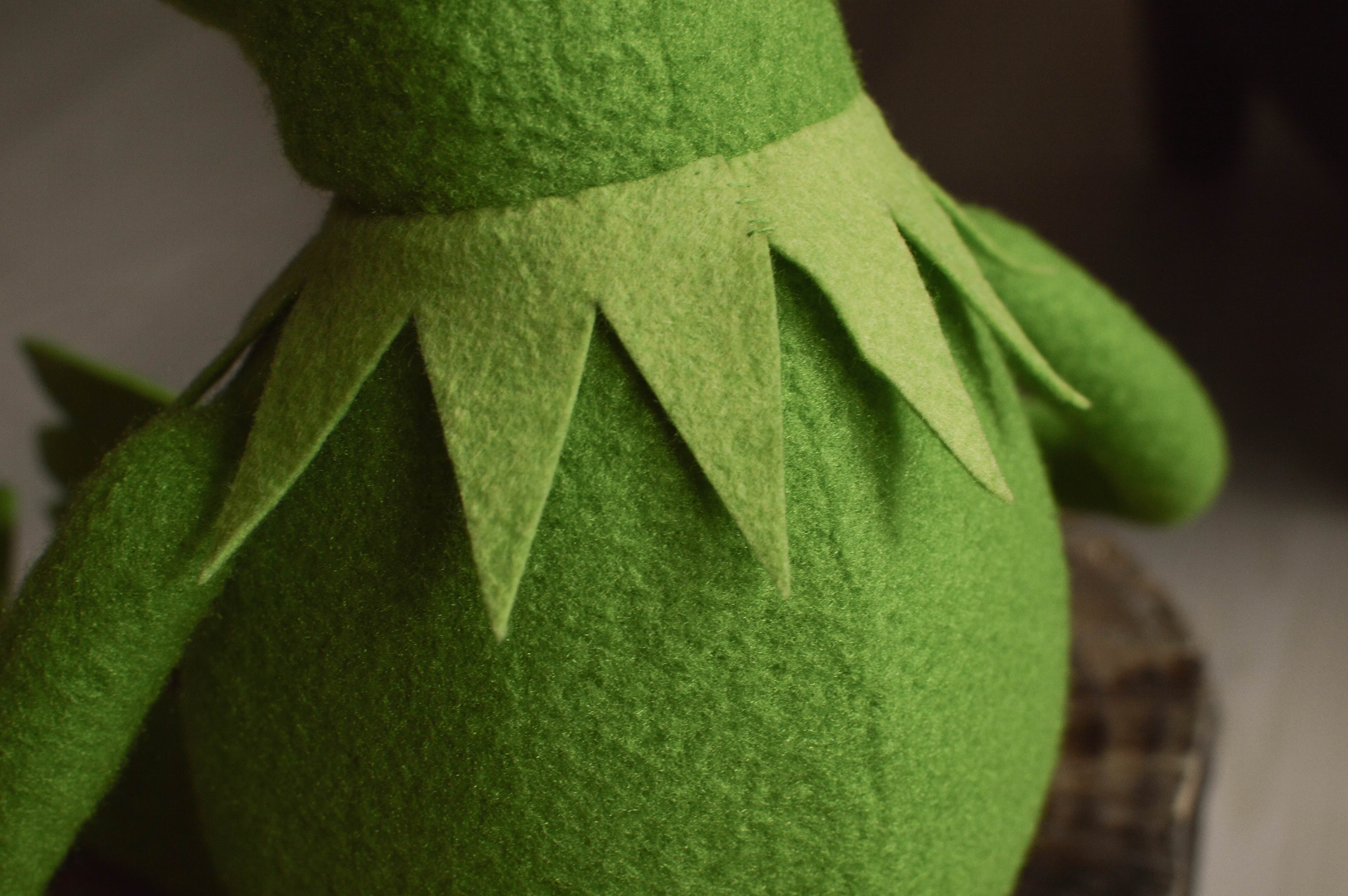 Oh my! I think you've actually stolen the original....

So should we be on the look out in the junkyard?

Thanks for the comments! It’s been a crazy journey making these. After this last one, I feel like there isn’t much that I’d want to change with the patterns. As for whether or not one of them will end up in the JY.....I’ve thought about it, but these two have really grown on me, so at the moment, I’m holding on to them, although I won’t say I’ll never let one of them go someday haha!

Builds 4 and 5 are my most accurate yet, as I improved the mouth-plate by using gasket rubber (more flexible); he’s also slightly smaller in scale, as the original puppet I saw was actually smaller than one would think. It’s only slightly bigger overall than the MR kermit (although proportionately different—the MR Kermit has some odd proportions that deviate from the real puppet). Most Kermit builds out there vastly oversize him.
Last edited: Apr 17, 2018

Great job! Do you think you'll ever make any of the other characters?


Lt Washburn said:
Great job! Do you think you'll ever make any of the other characters?
Click to expand...

Definitely! I’m just not really sure yet which one. The issue with these Muppets is that each character recquires unique fabric and materials, which makes it more difficult to just jump into a bunch of them. I was able to do a Robin and Kermit around the same time because their materials are basically the same. I’m kind of thinking of doing one of those pink characters from the Mahna Mahna skit. 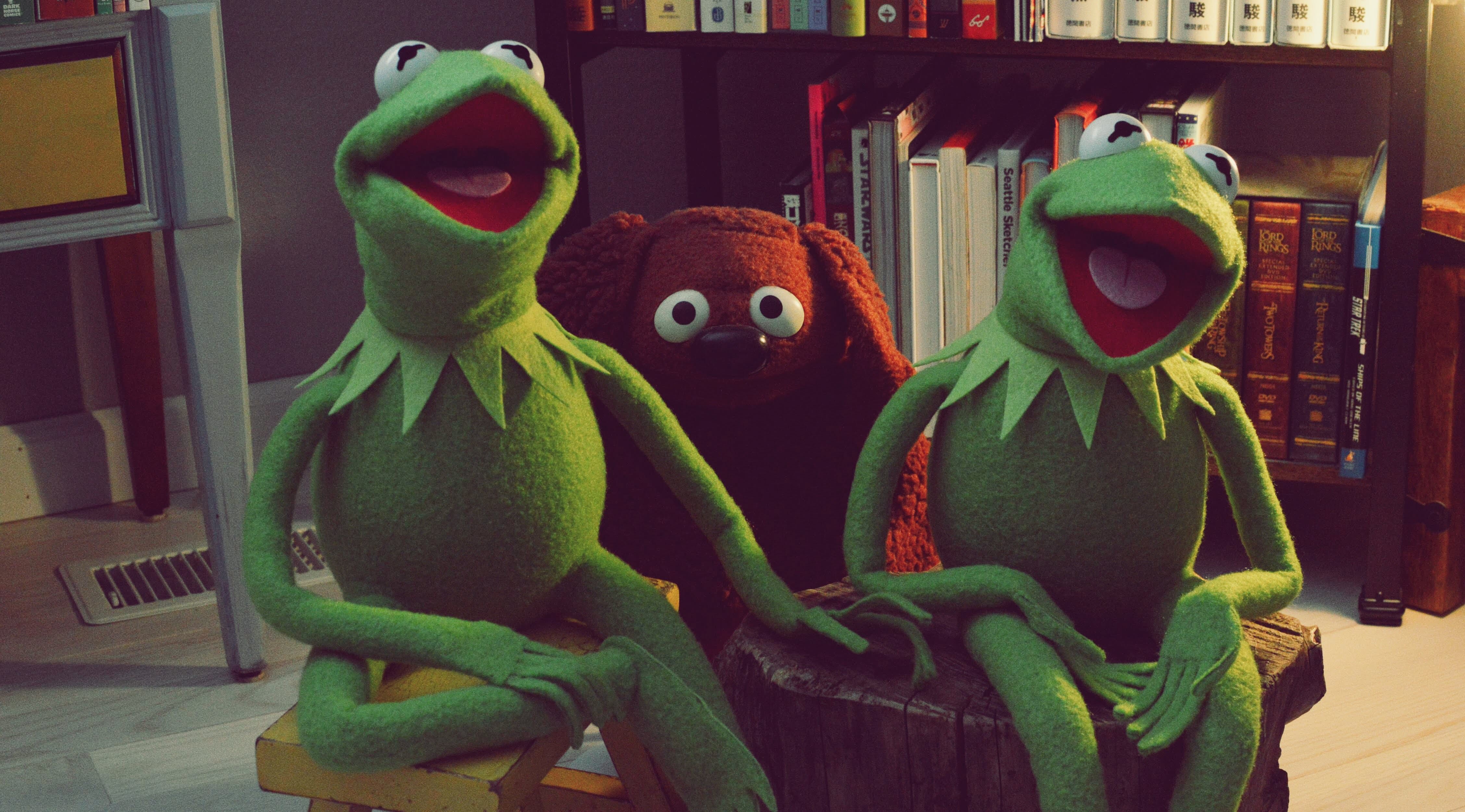 Figured i'd post this here too. This pic here shows all 5 of my builds!