thd9791 said:
Agreed, Sorry if I came off the wrong way, I only meant if it had changed since you announced it. A lot of work goes into these, and I can only imagine
Click to expand...

I do update the OP with each announcement, but check the original post to make sure if it's something you still want/afford.

RPF PREMIUM MEMBER
Still is for me, thanks
T

If I can still get on board, I'll take one.

RPF PREMIUM MEMBER
This is a tuff call for me,I’ve wanted a v3 with a seam line since i started collecting,but the color the aluminum will get over time on the v2 is gonna be amazing. I wish I could get both. For now I’m gonna stick with the v3. When is the latest we can sign up for a second saber?i May have to sell a few things and grab a v2 as well.

RPF PREMIUM MEMBER
As soon as I can get each run filled and completed! List updated, I'll start production in January get them out as I can.

RPF PREMIUM MEMBER
I am soo interested in a V2 and I am sort of a newbie but what are people doing about the clamp and the box?

RPF PREMIUM MEMBER
If I had the money, I'd get a raw cast, no question!

RPF PREMIUM MEMBER
Don't know if you need to do it here, but can you add an extra V2 sized nipple? I see it in bold at the bottom of post 1, thank you!!

RPF PREMIUM MEMBER
Bump! For more interest, for the member that was moved to the first run, and for the available slots in the next!

ventuoguy said:
I am soo interested in a V2 and I am sort of a newbie but what are people doing about the clamp and the box?
Click to expand...

People are getting clamps from Roman's Empire through his shop, at least, as far as I still know.

Sure, it'd look a bit off in the V3 but I can machine it to fit.

PoopaPapaPalps said:
People are getting clamps from Roman's Empire through his shop, at least, as far as I still know.

Thank you, the idea I have is to have the V3 plug for belt hanger and swap it out for a blade with the full-length v2 nipple attached. Moderately accurate but much sturdier than making something to stack ontop of the v3 short plug.

RPF PREMIUM MEMBER
These are now in production, gang!

RPF PREMIUM MEMBER
So I'm gonna post this across the multiple threads but I wanted to let you know where this is at.

All of February was spent making repairs to my lathe and much of March has been me working on getting these machined hilts out. In fact, I've done--- and redone it--- twice now. I'm still unhappy with the porosity and some shrinkage of the metal in some areas when I cast it, so I've invested in a few things that'll help solve the problem (or reduce it). I want you guys to get the best and closest replica of the prop imaginable.

These are the current casts so far... 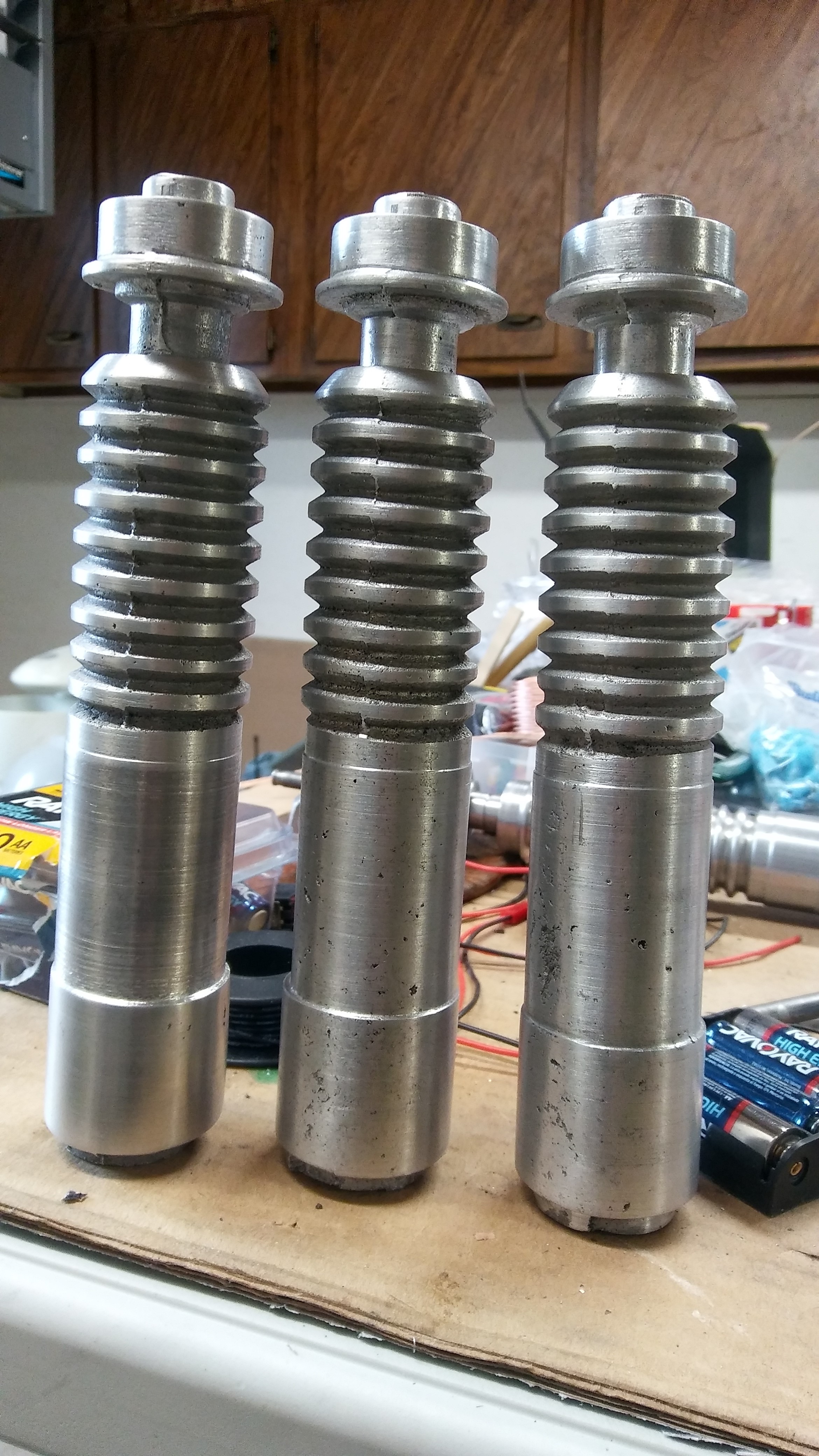 I'm proud of the level of detail and I've got almost a complete match with the original. It's a one in billions chance of me completely recreating everything that exists on the original, where they're at, but I can recreate the same kind of details.

You can see what I mean about the porosity. Towards the booster section is where it becomes pockmarked heavily.

The emitters and pommels below, I'm most likely keep and move on with. The hilt bodies themselves, I'll likely melt and cast again to cut down porosity and other surface defects. 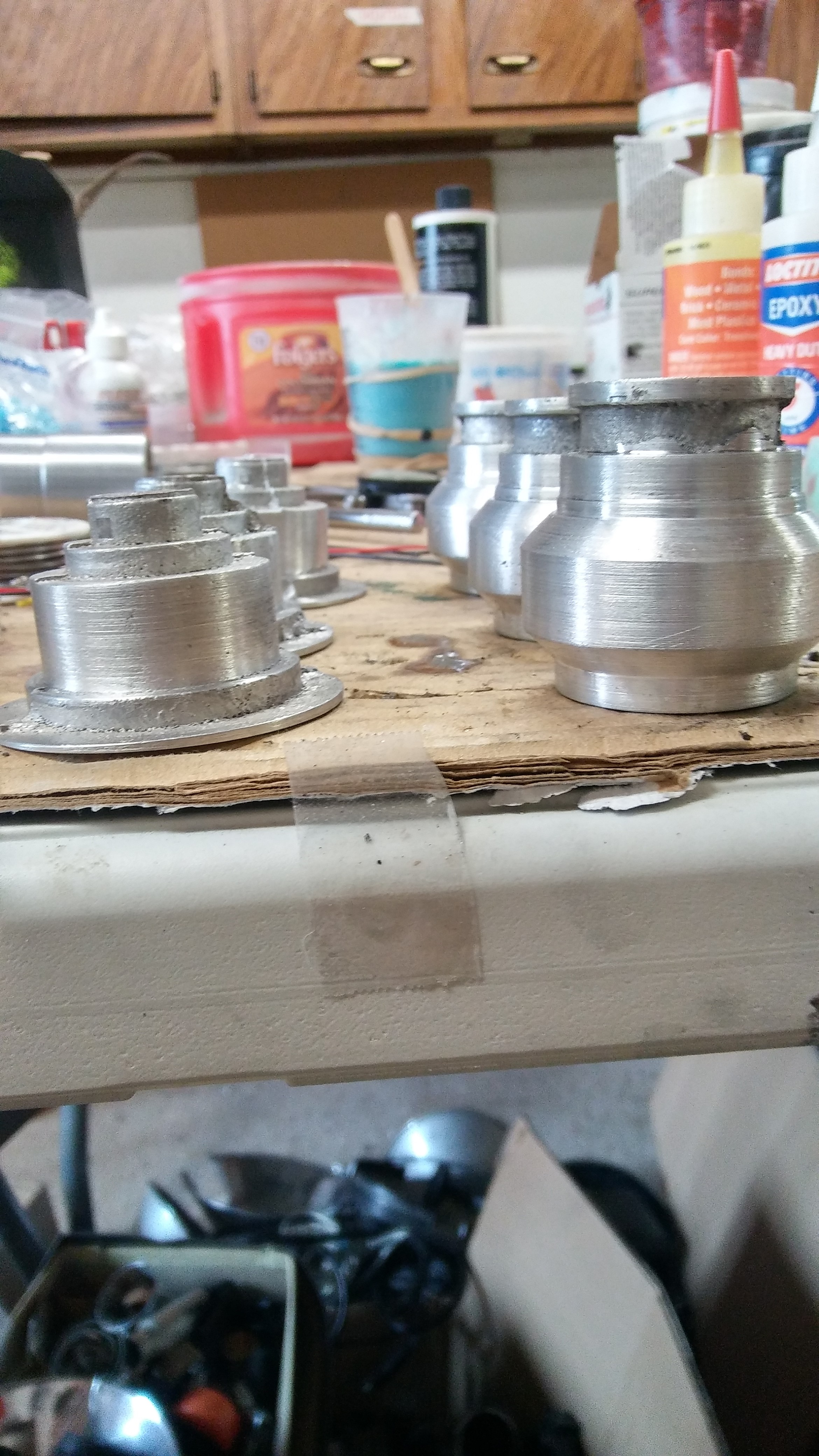 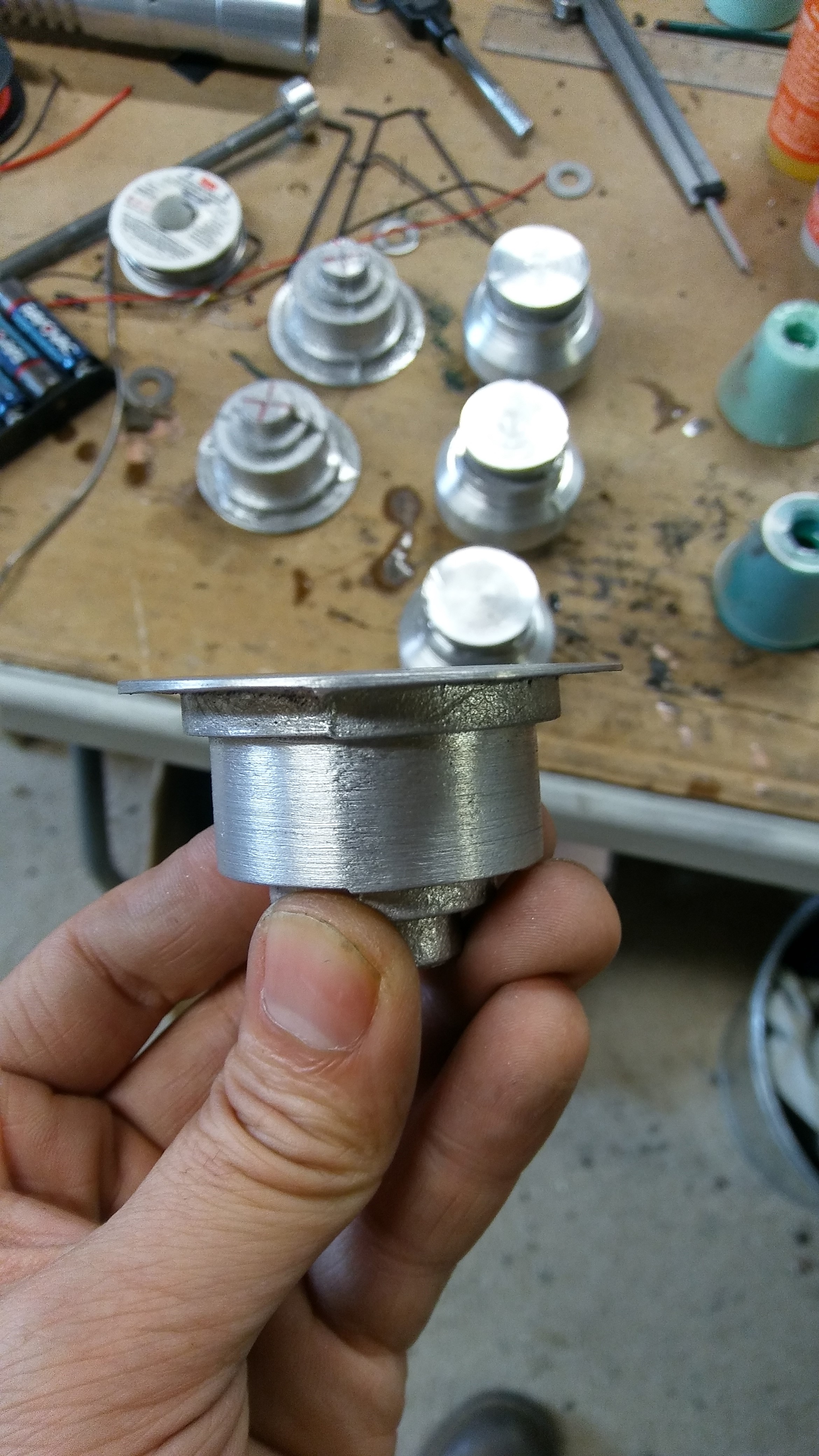 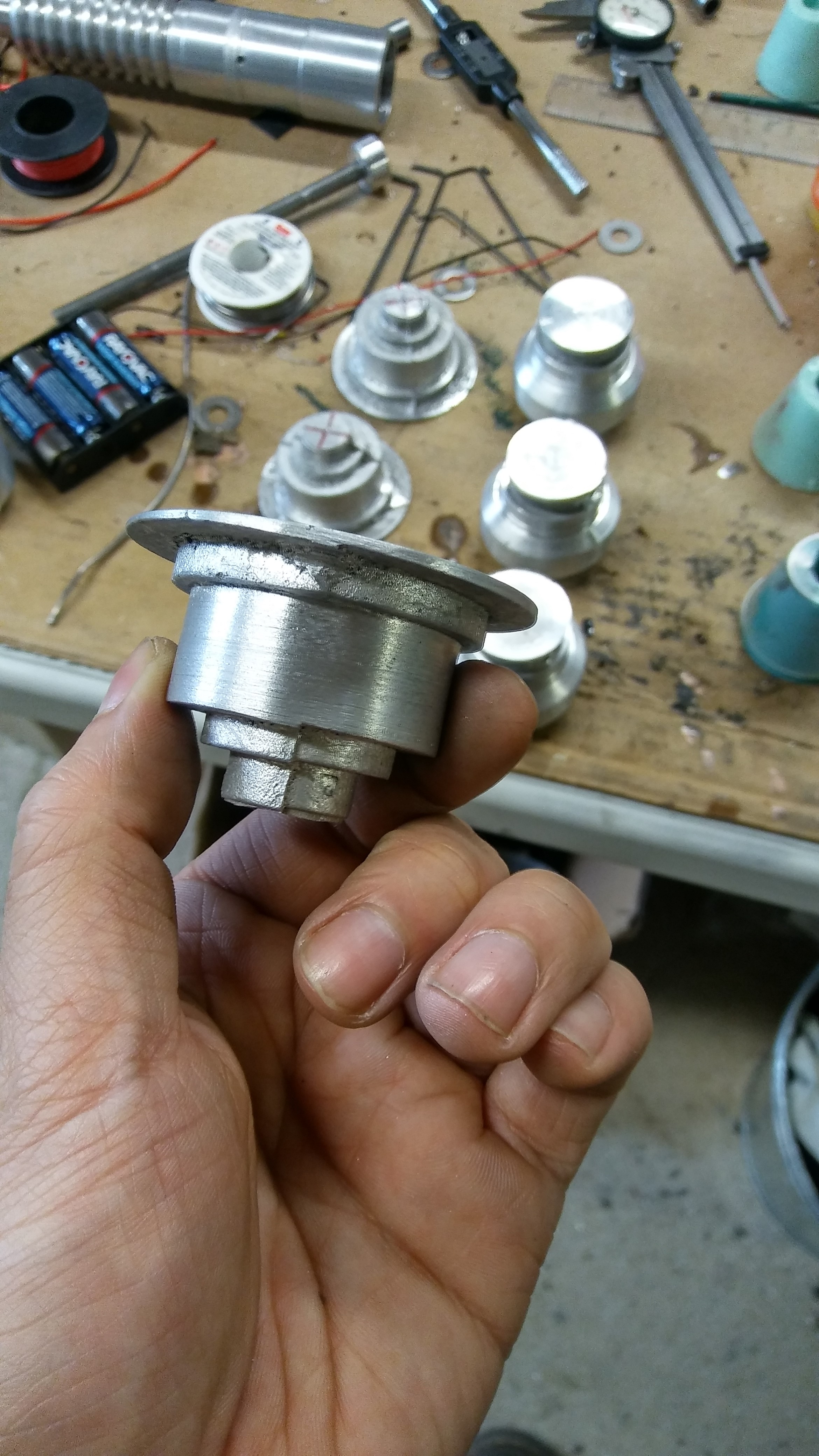 RPF PREMIUM MEMBER
The V3 looks amazing! Loving the seam line and roughness of the cast.

RPF PREMIUM MEMBER
Just sent you a PM, as it looks like a slot is still open on the second run.

RPF PREMIUM MEMBER
List updated with the names and interest in variants I've recieved. This run still hasn't begun yet due to C19 restrictions but I'm hoping to really get a move on getting these out as soon as they're laxed. I've been churning out as many blanks to work from as I can in my time available to make sure I can just work on one right after another.

So, bump for the update (another will soon follow with newer pics) and for more interest. I'll still be taking names for anyone interested, and to the people who were interested before but I had missed you, please let me know. Here's hoping we can get this going soon!

Put me down for a V2. Thanks buddy.

RPF PREMIUM MEMBER
Any updates on this?

RPF PREMIUM MEMBER
Stock-piling hilts as much as I can while the pandemic is still rampant. Loads of people are living hand to mouth right now and I don't want to exacerbate the situation calling up some and asking for payment when you need to keep the fridge stocked. Hell, I'm still recovering from storm Derecho that kicked our butts here.

This'll pop up soon as things get a bit better. Dunno how I'll gauge it but I want to have hilts on hand to send out when people are comfortable affording this.
Last edited: Aug 20, 2020