Halliwax said:
Pics came from prop store, I trust Brandon with my life
Click to expand...

ok then, if it came with propstore already, this is already something.
well, so yeah, those parts are all kind of weird!

eethan said:
ok then, if it came with propstore already, this is already something.
well, so yeah, those parts are all kind of weird!
Click to expand...

Sure is.. the finish is all weird.. I don’t get it.. they even painted the J channel mark on it... I mean there is a lot of detail the section where the bunny ears go through, all that detail, the ghetto slide switch

But it’s missing simple things like the screw between the 2 black ones!? I don’t get it 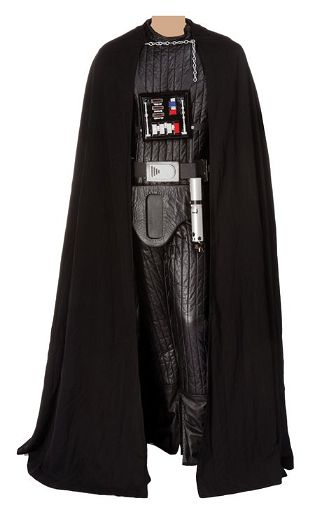 RPF PREMIUM MEMBER
yeah... profile in history again... can I say again, are we sure this is not a fake?
E

RPF PREMIUM MEMBER
So there were multiple Kobold based sabers?
- The severed hand stunt (Kobold lower, actual Graflex upper), with Luke detailing
- The auctioned 1980 promotional Farmer one (Kobold lower, faux-Graflex upper) with black tip and leather bulb clamp
- The one in the Prowse interview video (Kobold? lower, actual Graflex upper) with black tip and Graflex bunny ears still present. Is this a Farmer suit also?
- Belt hangers for the other Farmer promotional suits?

I noticed this in the Vader promo costume auction write up:

Farmer contacted David Middleton, the construction storeman for The Empire Strikes Back at Pinewood Studios, who released one of the original “Darth Vader” costumes used in the film in order to make the master molds and patterns necessary to create exact replicas of the costume for the film's premiers in select major markets. This is one of the surviving costumes from the handful of examples that were produced by N.J. Farmer Associates LTD
Click to expand...

Taking the description at its word, it implies that there are other similar lightsabers to go with the other suits that Farmer made. Was Farmer working from photos of the severed hand stunt when building the promotional costume sabers? It’s such a specific look, with the graflex clamp slots painted on and all.

RPF PREMIUM MEMBER
Don Bies made a series of promo sabers for Fox post ROTJ. Seems like something similar was done between ANH and ESB. Given that we know ANH props were scarce, I can see them building one with a Graflex and Kobold, duplicating it, then improvising once parts got scarce.

Maybe on was still hanging around and was pressed into service for hand severing gag.

This is just a guess.

I conceded after seeing the video that it was a kobold hybrid, but I am glad to hear other people see the graflex details.

It makes sense if there were multiple ones.

Also, if these were made pre-ESB, this would be the origin of the idea of using a Kobold clip as the d-ring holder.
Last edited: Apr 4, 2020

RPF PREMIUM MEMBER
Oh gosh yes, I went over it again just to be sure, the bunny ear ring has the spring from the bunny ears themselves in it, a real silver beer tab, actual slots, etc.

RPF PREMIUM MEMBER
So, I am just guessing at the lineage here...

It seems that post ANH, all of the belt-hanger / hero sabers went AWOL. We've seen none of them show up. But we know (from this thread especially) that the stunt sabers were all held on to. The pre V2 shared stunt, the Luke/Vader shared stunt, and the Vader/Barbican stunt are all seen in ESB BTS material.

So if the Farmer team needed a reference point, that's what they had to work with. I think the black tip makes it obvious that they looked to the Luke/Vader shared stunt for reference. The one Prowse is holding is a legit Graflex/Kobold hybrid. That one (or maybe there was more than one) was obviously the model for the other one we are seeing. Kobold base, but scratch built top. The fact the bayonet channels are painted on tells me they were looking at the one Prowse is holding because it's the only saber we've seen where the channels are showing.

I feel like we can look at these images and say there was for sure at least one Kobold/Graflex hybrid, and one Kobold/scratch-made. There could have been muiltiples of both or either, but there's no way to know. The image of the full costume where we see the grips is (I think) is scratch-made based on the lack of beer tab/beer tab hole.

RPF PREMIUM MEMBER
I find it interesting the saber maker for the fx hand put cone knobs in the ports. Didnt seem like they had to be covered up for these sabers. Maybe there's something we don't know when it comes to this one 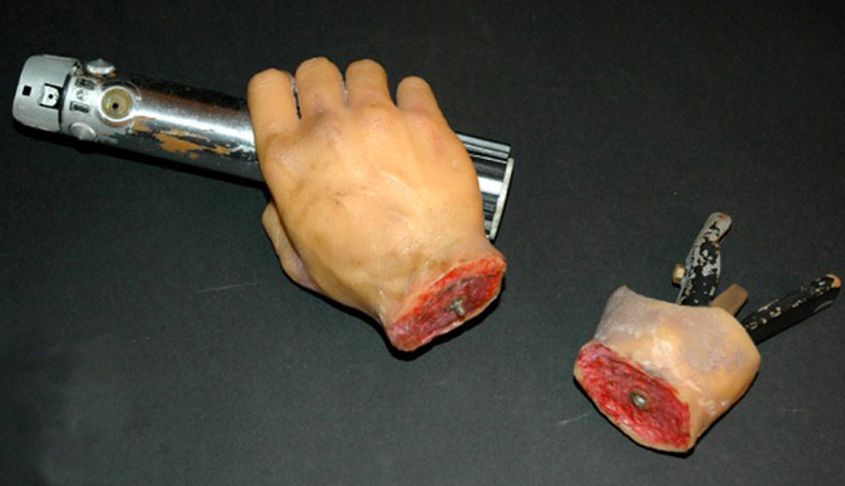 RPF PREMIUM MEMBER
What about this one?suposedly it a screen used lightsaber with the blade still attached. I’m drawing a blank on the owners name,he is a well known collector though.its looks corect but that card is so different from anything else I feel like this is a touring saber. But why have the blade with it if it was.

steven giunta said:
What about this one?suposedly it a screen used lightsaber with the blade still attached. I’m drawing a blank on the owners name,he is a well known collector though.its looks corect but that card is so different from anything else I feel like this is a touring saber. But why have the blade with it if it was.
Click to expand...

Steve Sansweet I believe. Saber shows the hallmarks of touring sabers. (wrong size, wrong shape, wrong parts, etc. lol) Maybe part of the collection Don Bies made, given that it uses a cast of that mystery part on the back.. seems to be the only thing connected to filming.

thd9791 said:
Steve Sansweet I believe. Saber shows the hallmarks of touring sabers. (wrong size, wrong shape, wrong parts, etc. lol) Maybe part of the collection Don Bies made, given that it uses a cast of that mystery part on the back.. seems to be the only thing connected to filming.
Click to expand...

Why the blade if it’s a promo saber?dont get me wrong I completely agree that it isn’t screen used. It’s way to clean,if it was in fact a stunt saber with a blade it would be dinged up. There’s barely a mark on it.was the blade installed as a way to swindle people into thinking it was screen used?im sure it got a premium price as a screen used lightsaber compared to a promo saber. Plus I remember seeing an interview were he mentioned the blade is a tank antenna.was there were the rumor of them being tank antennas started?

RPF PREMIUM MEMBER
Hey guys, I think the ANH Vader Stunt or Barbican was around for the Carbon Chamber duel as well 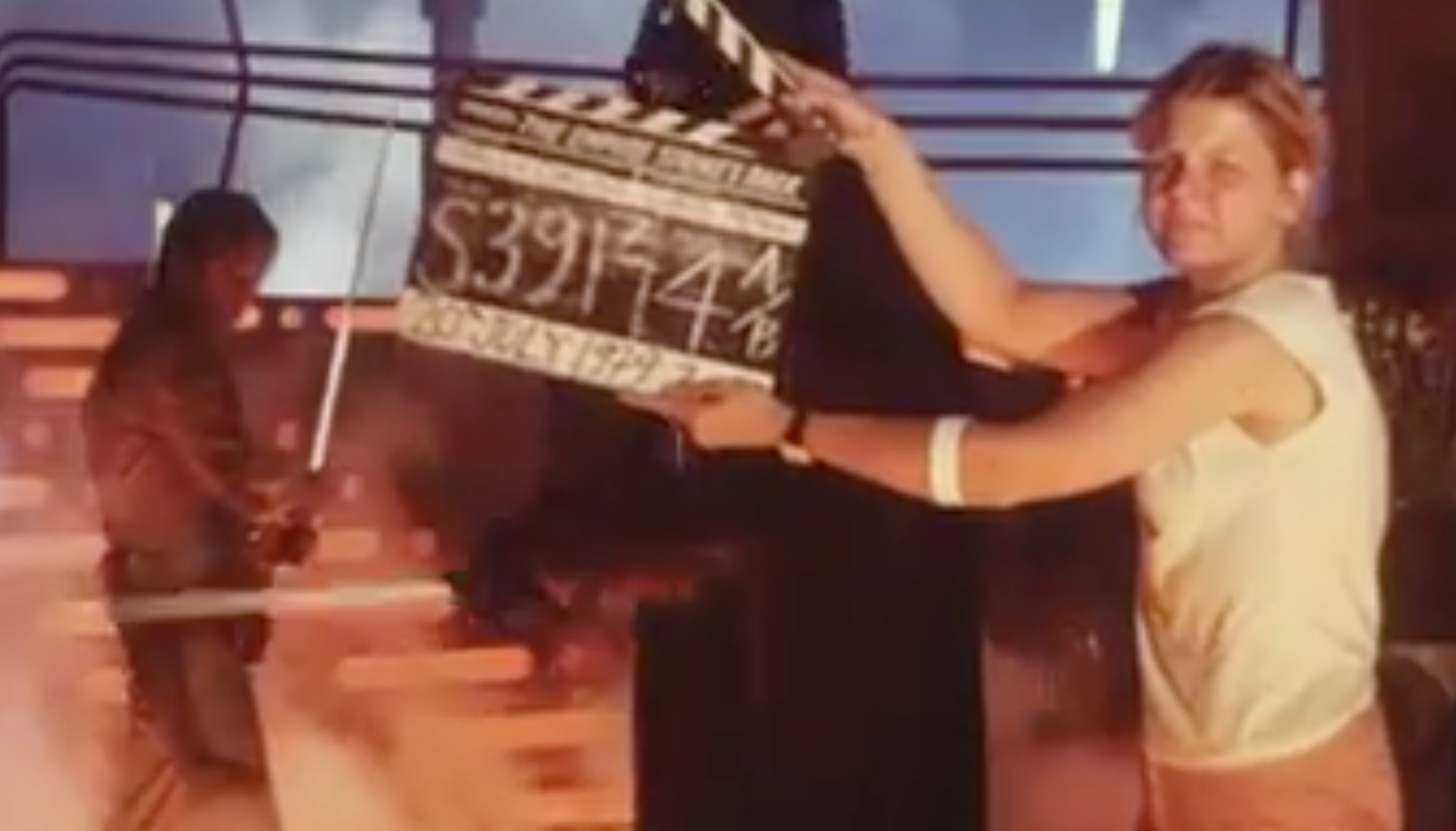 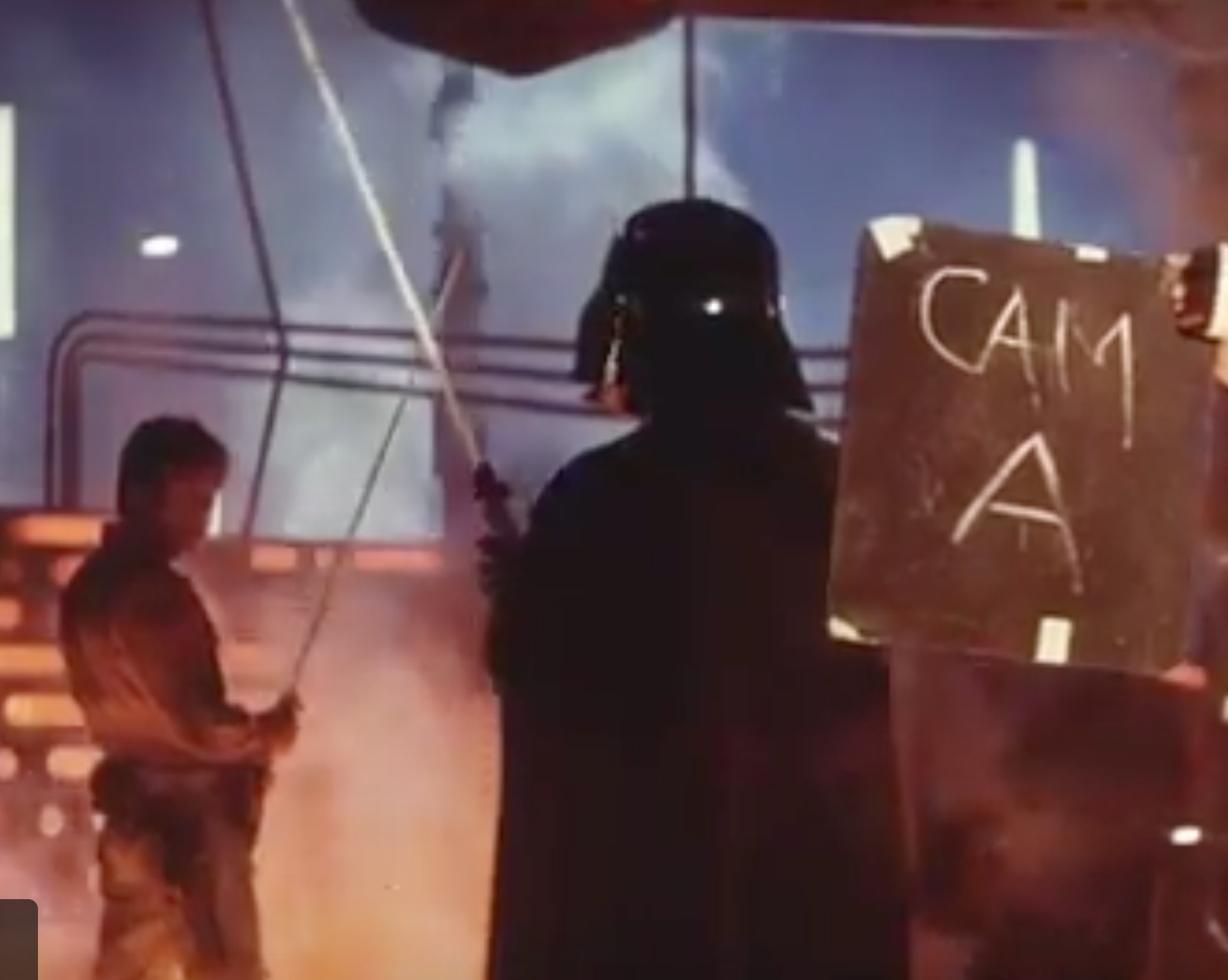 RPF PREMIUM MEMBER
Wouldn't be surprised. Cool that you're doing all this detective work!!

RPF PREMIUM MEMBER
Food for thought. I just threw on the ESB duel, and counted individual angles/shots. I counted 85 from Luke arriving in the carbon chamber to his hand getting lopped off. This probably isn't exact. I would have to pause repeatedly and go back and forth comparing shots, so I'm sure the actual number is a little higher.

But if that number is approximate, we can say that there are 85 angles shot of the choreographed duel over 4 key locations/sets (the carbon freezing chamber, the room with the window Luke gets sucked out of, the smaller room he goes into when he climbs up, then the gangway where the duel finishes.

For every angle/shot you're setting up a new lighting and camera arrangement. That takes hours. Then you're shooting those angles for multiple takes accounting for performance, errors, and viability for FX. If you're lucky, you're getting maybe 5-8 shots per day at that scale. This duel took weeks to shoot.

The pic above that thd9791 posted shows a grip holding a camera A slate, which means they were shooting at 2 cameras for some of this. That would allow them to double the amount of angles for coverage, but even still-- days upon days, takes upon takes.

Thanks to choreography they are making hard contact with the stunt blades. I can promise you that after a few takes they would likely swap out the stunt sabers. One would be in the action, while the other was probably getting its bolts tightened and grips re-applied. At the very least they'd be checking them for safety to make sure the blades weren't going to fly out and hurt somebody.

When you consider all of that you start to see how likely it is that stunt sabers were being swapped in and out-- between takes, between set-ups, and why there are so many of them showing up within one duel.

It also makes me think a lot about the V3 in ROTJ...

SethS said:
It also makes me think a lot about the V3 in ROTJ...
Click to expand...

Yes, me too. I truly believe if we have to squint and jabber for pages, it's not the prop we think it is.