Been a while since I've posted about this here. Not even sure if the old thread is still there.

But I have been working on a 1:6 scale Vader project for several years now and it's been troublesome to say the least. I won't go into the whole story here - those who've followed the project over the years knows the ups and mostly downs and how hard it has been to get to this point. There are several awesome people in the hobby I can't thank enough for helping me during this, some helping out with 3D modeling and others allowing me to scan their full scale pieces. 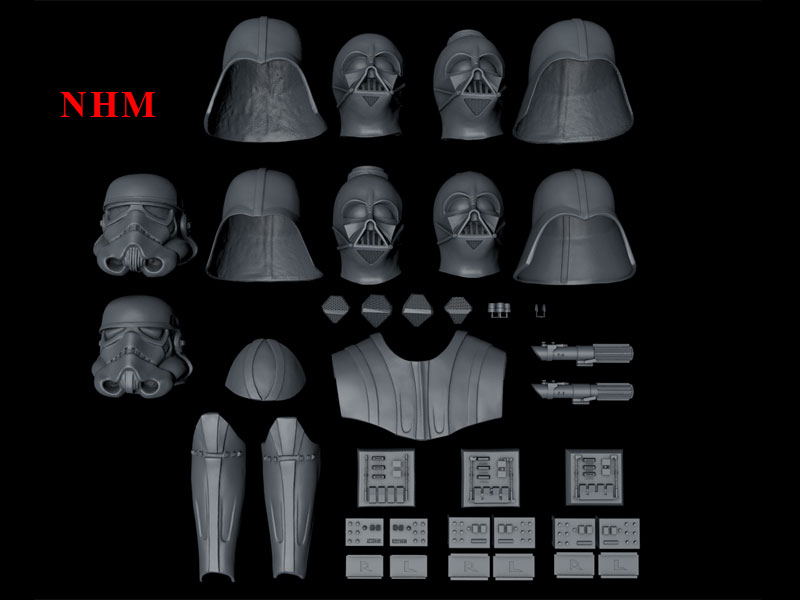 And to show how they print in 1:6 scale here are some past examples. 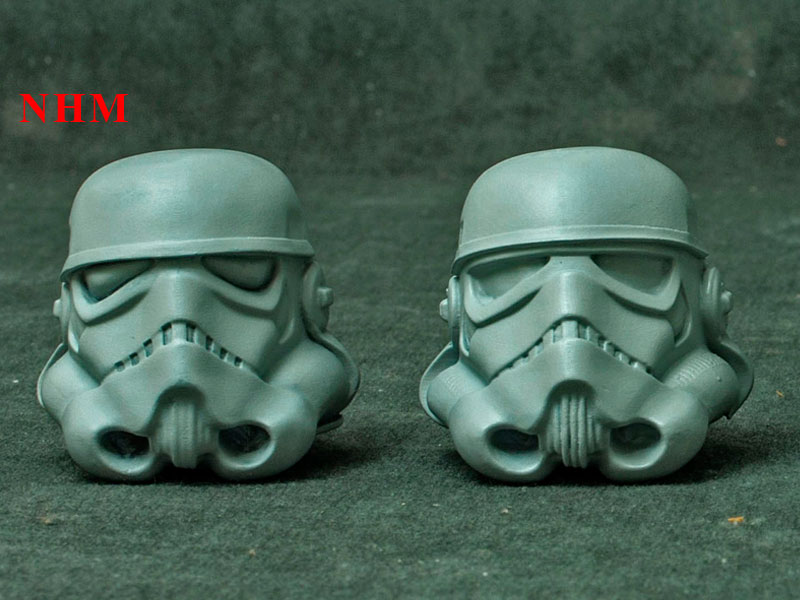 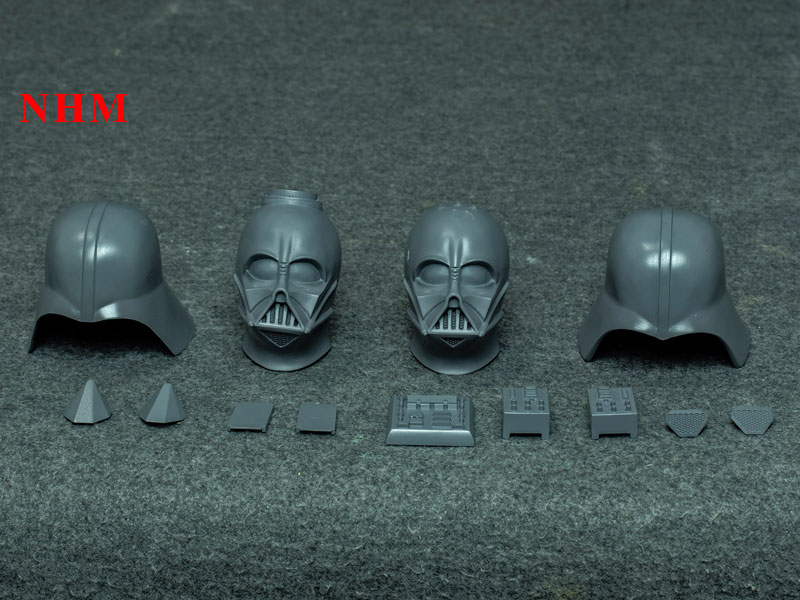 To show a little more on what I put into this here are a few more shots of the 3D models.

First up is showing how I tried to align things on the belt box as close as possible. Only showing the one box - I did the same thing for the other one, finding the best near straight on picture I could and lined up the model in the program and then tweaked and tweaked until the parts sat as close as possible to where they did in the reference picture. 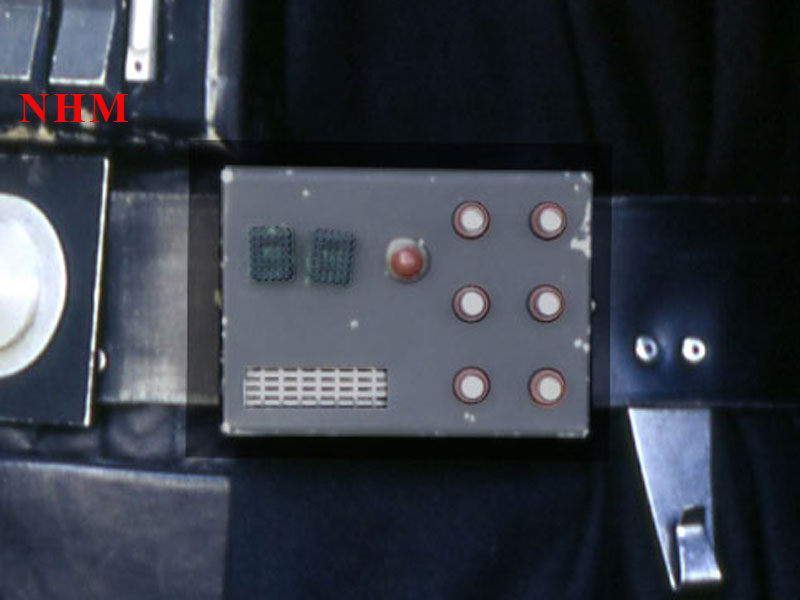 And this is how the finished box looks. 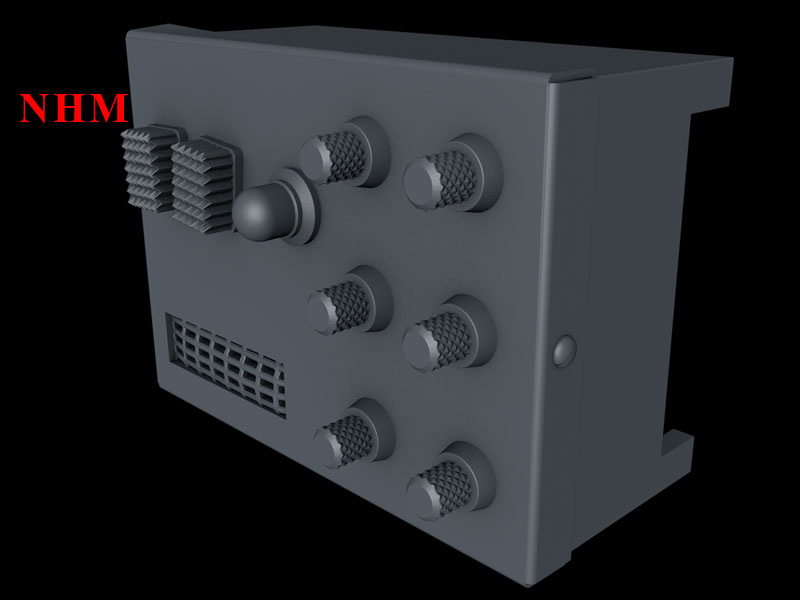 Here I did the same with the ESB and the same process was also used on the RotJ box, but I didn't save the pictures from that: 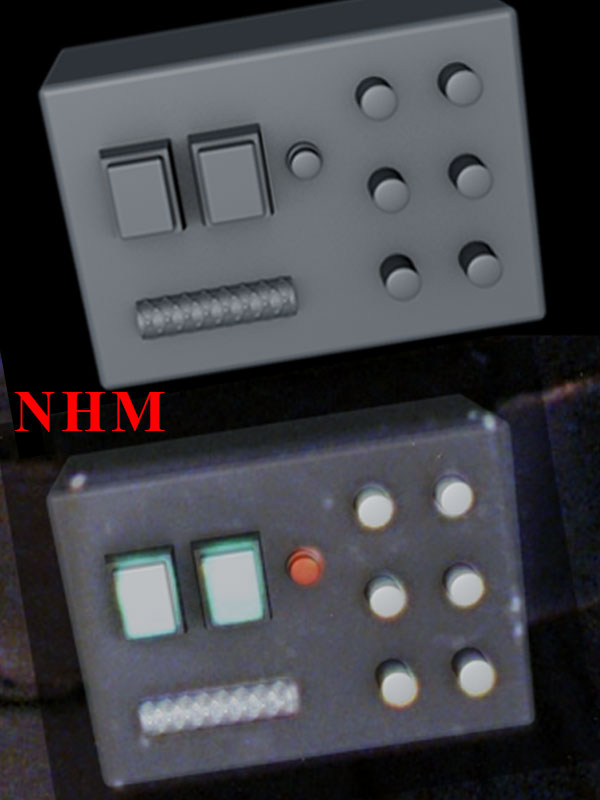 This is showing the finished versions of the chest boxes. A funny thing about the lettering on the RotJ box is that the top decal is just rotated 180 degrees, and the second decal on the ESB is again rotated 180 degrees, but put in the third decal slot on the RotJ, with the third ESB and second RotJ being completely different decals. At least on the reference pictures I managed to find. You may not be able to see it in the image and it may not be accurate, or accurate to all versions, but I thought it was funny how two of the ESB decals were just reused, but rotated on the RotJ. 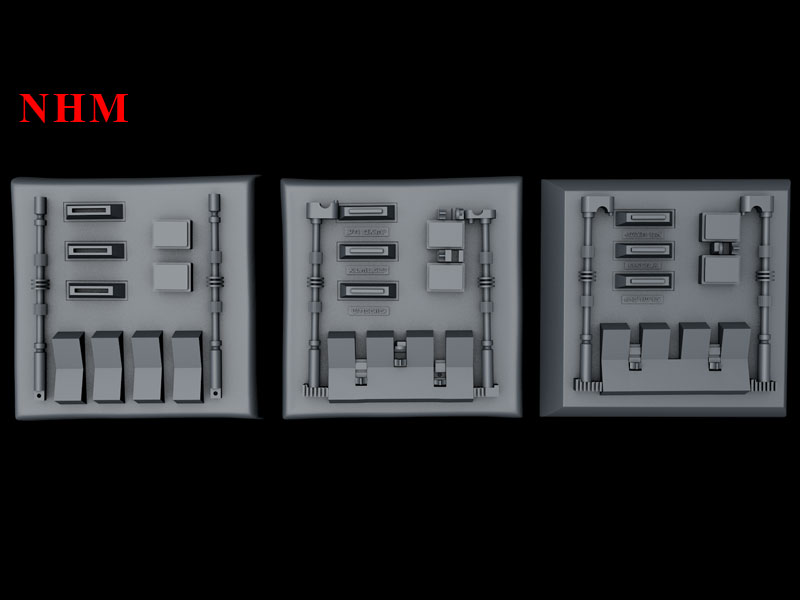 For funsies I tried to replicate the double layer grill for the RotJ. In the reference I saw different kinds of secondary grills and rotations, I just settled for a smaller version of the ANH grill in the normal orientation. I actually didn't have much RotJ reference actually showing the grills, so it was a bit tricky. The front grill is also smaller than the ESB, so it was fun to try and scale things correctly, and then having to do a lot of fixes due to the ESB grill model not being able to fit the cutouts now that it had been shrunk down, so I had to go in and add extensions all around. Took forever as I'm not that skilled at 3D modeling. For ease, I cut out the teeth and chin vent opening in the newest face mask models so you can just pop in a separate grill model to make it easier for painting. 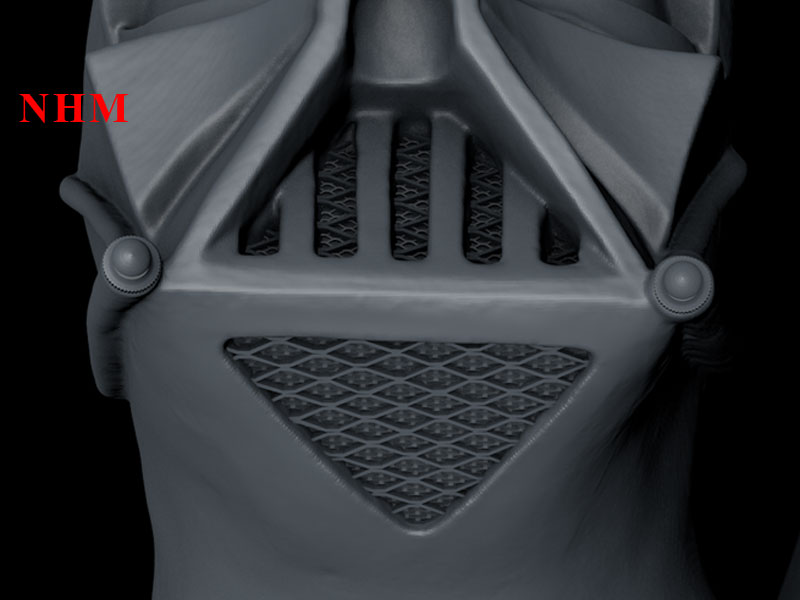 And for the final row, here are some pictures of the helmets and some with armor: 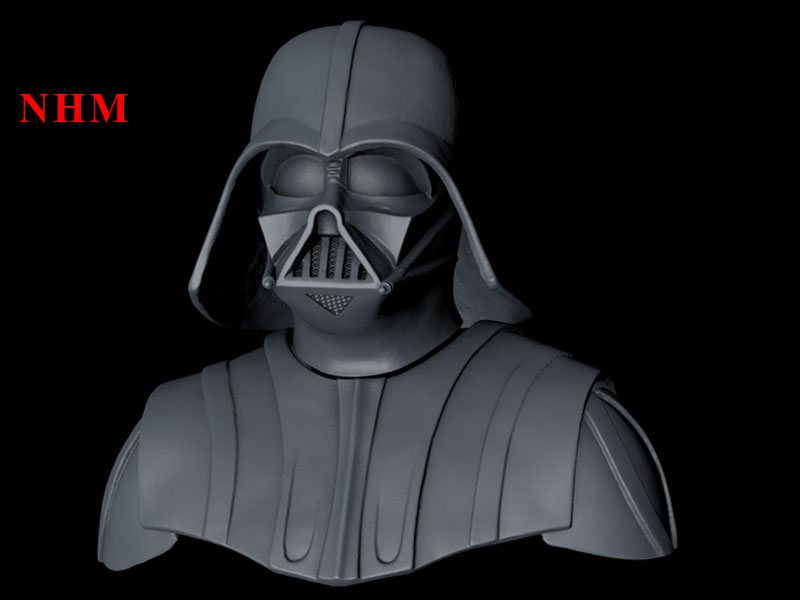 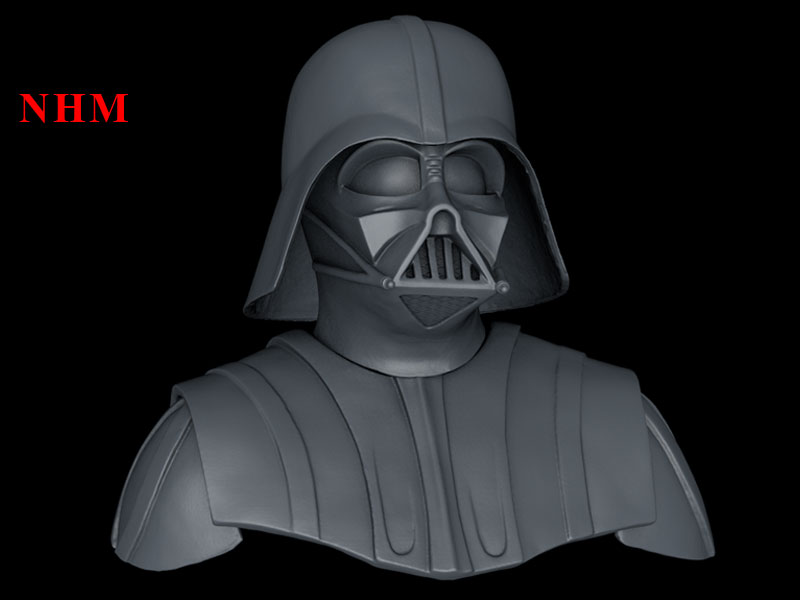 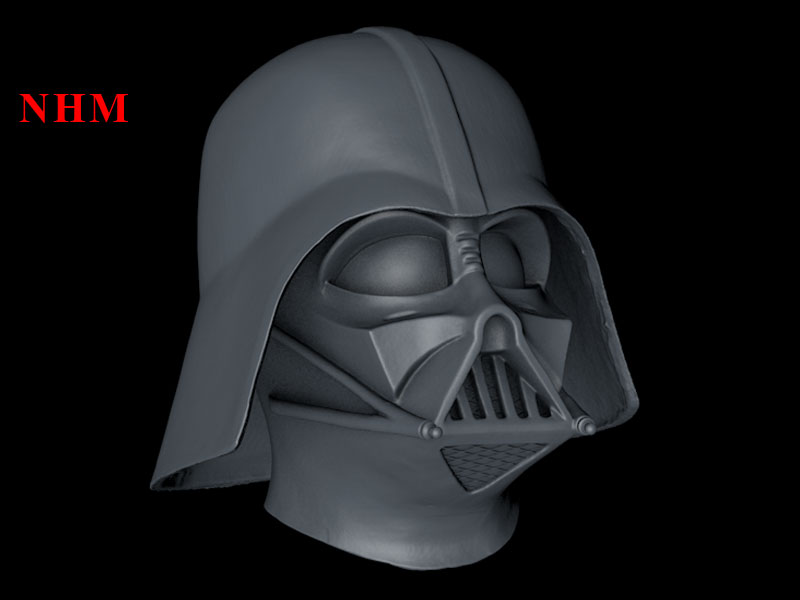 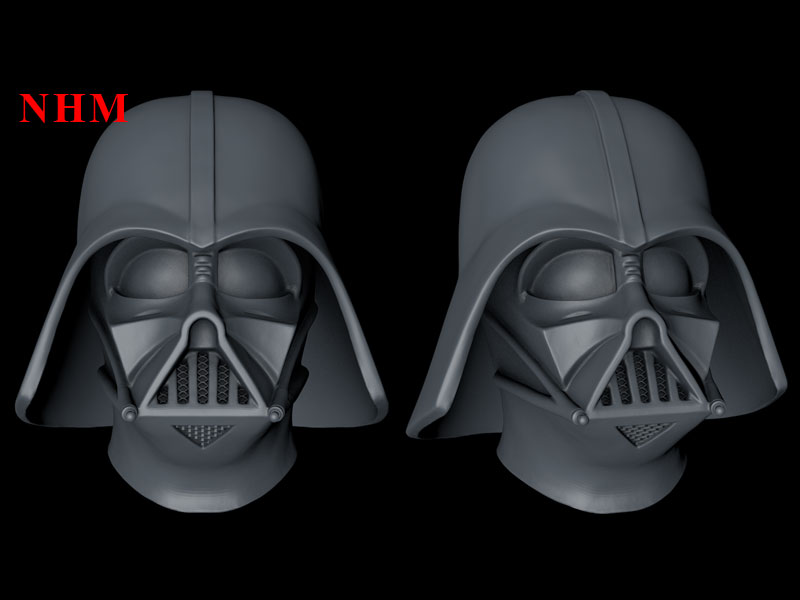 You can actually see how the symmetrical helmet was made here:

Thanks man, much appreciated.
G

Thanks for the kind words. Cantina_Dude, who's going to print these for me, is working on his own projects currently, but I hope we can have something to show off sometime soon.

This is insane! Love it!

I am still thinking of ways to improve this. Next thing may be to make the lens models separate, so they can be made in clear plastic and then inserted from the inside.

Even had the crazy idea of going with full reveal details on the top of the face mask, but that quickly got scrapped after seeing what goes into a reveal build here on the forum. Unlike those builds, though, the details would have been fused to the face mask model and not separate pieces to attach, as seen on the old Kaiyodo vinyl kit... but still... the amount of modeling and shaping required to get this done... is more than my meager 3D modeling skills can do.

Also working on a C-3PO for myself using TheHappyOne's Don Post statue scan, as well as a lot of Thingiverse greeblies.

The ANH eye lenses are different from the ESB onwards and seems to be a found object, as it has borders in the lens around the outer perimeter as well as the eye hole perimeter, so was created like that - a circular shape with the hole in the middle. I got help from Cantina_Dude on how to fix my first attempt, as I kept getting unwanted geometry everytime I exported it - I had not thought about extending some of the corners more to get the right look. Below is an example of the ANH lens model - my first version to the left with the additional unwanted geometry and the correct ones to the Right: 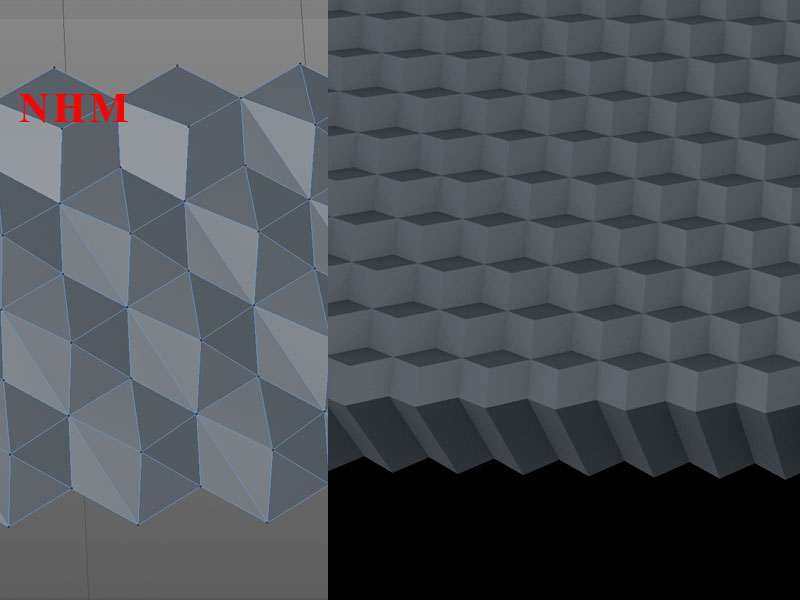 Using the Gordon Tarpley eye model from Thingiverse, I couldn't get the C-3PO lens to look right, but then I realized the shapes weren't equal sided pyramid shapes, but rather rhombus pyramid shape in the ratio 100 long / 70 wide. When altering the equal side pyramid shape model to these rhombus shapes, it suddenly looked right, compared to the lens seen in the Anthony Daniels owned C-3PO head - which seems to be RotJ. I did both eyes and thought I'd show the progress.

The angles aren't perfectly matched in the reference and the 3D model, but pretty close. I do know the grill bars are too thick on the models - that's how they are on the original Tarpley models - however, I don't want to slim them down as I am going to have them made in 1:6 scale. 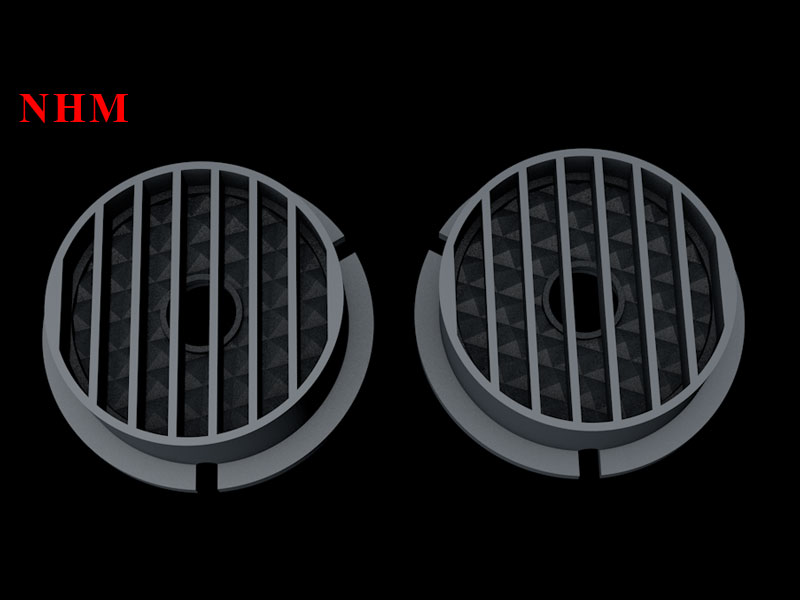 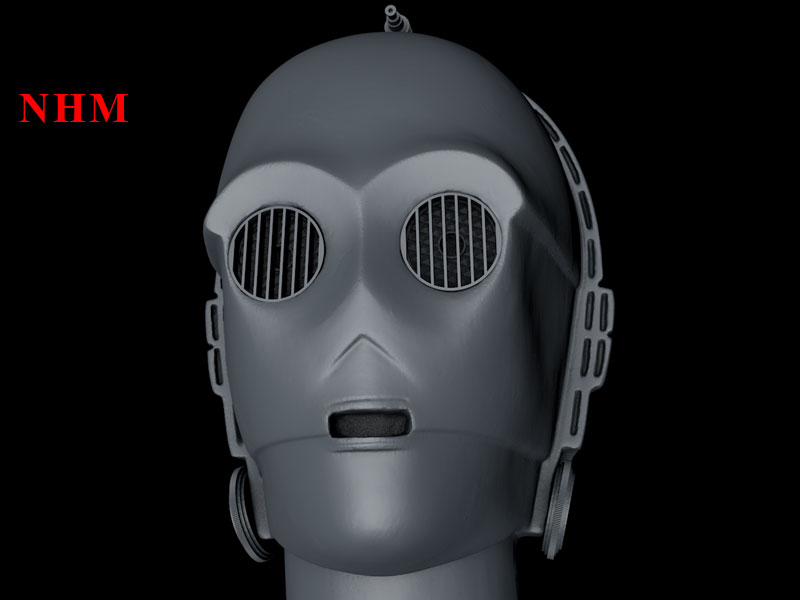 Also worked on these for the scaled project. Always thought it should have been Prowse in the reveal scene, so did a reveal version, merging the ESB rear head scars with the RotJ top head and left cheek scar.

Originally sculpted and 3D scanned by Mike Warren, then reworked by a 3D modeler called Sean Dabbs, with additional reworks by me, such as top and cheek scars (the rear ESB scar is all Mike Warren) I just tried to blend my work with his, so it seemed seamless and of the same style, basing it on the real prosthetics used in the movie - originally used the Illusive Concepts bust as reference, but quickly learned that those scars are not the same as the screen used ones. I also did the hair and eyebrows, moles, and additional facial rework to get things closer to Prowse. 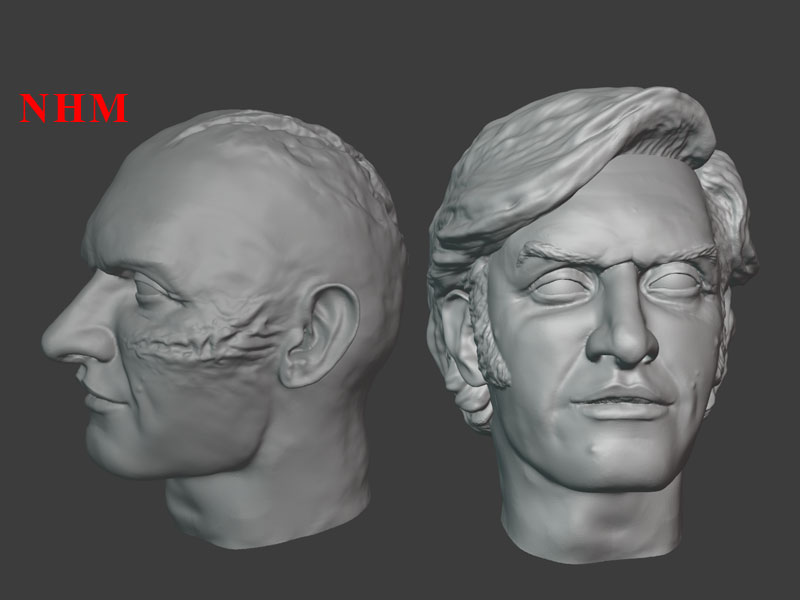 This is clearly Dave Prowse, awesome!

Thanks man. I really need to get better at that 3D sculpting, because it is so much easier to go back if you make mistakes, which is nearly impossible to do with physical sculpting media - then you are just screwed.

I was given good reference of supposedly C-3PO ANH eyes and lenses, but I need good reference from the movie, where it is clear to see the orientation of the hexagon shapes in the lenses. I'm trying to get things as close to accurate as possible.

Recently learned of water washable 3D printing resin, so I ordered a bottle to test it out.

First test with the water washable resin was a success. I did not react badly to it. Maybe the issue previously was not just the resin, but the fact that I had to clean it in isopropyl alcohol. But this time it went smoothly.

I'll do another test tomorrow to see how that one goes.

One thing I learned though was that the supports I added could perhaps be a little thinner and the points of connection to the model a little smaller, as the supports were a pain to remove, with bits flying all over the place when snapping them off with the cutters and having to use a lot of force to break them off, which tired me out enormously. However, the part itself was really sturdy, did not bend or crack or have any issues, even from that rough handling. Will do drop tests to see how it fares. But it seems as hard and durable as the casting resin I have worked with before.

I did the 2nd test yesterday. Woke up early enough to get it done. Did the second one with slimmer supports and connection points. May try even slimmer soon. But it was a success. I did not react negatively to it at all.

Each shin took a little over 10 hours to print.

The flat spot at the top on the left shin (right in the picture) is because I accidentally shut off the machine 7 minutes too early. Grr. 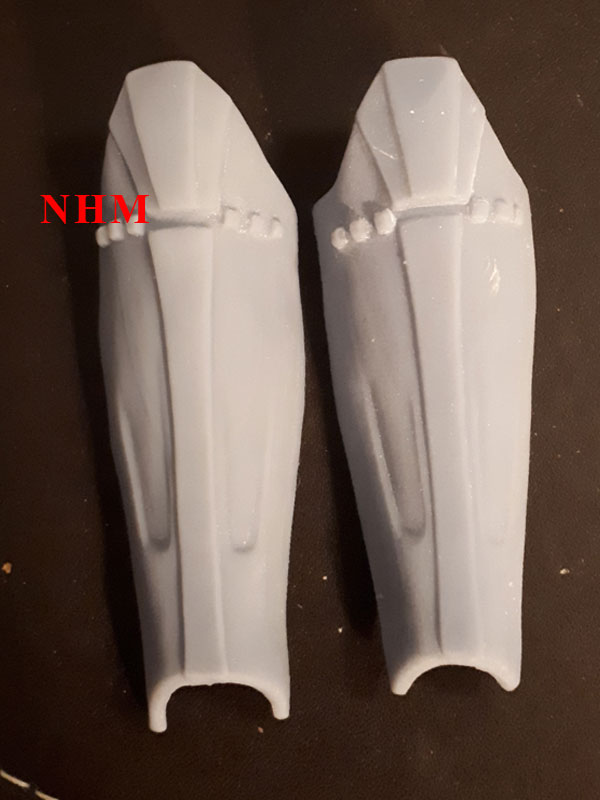 If all goes well I'll hopefully invest in a new 8K printer after next week, as well as more resin and a wash 'n' cure station.

After some feedback on the HT scale parts perhaps being too large, I'm gonna do a test to see whether the true scale actually works for the HT bodies. People have previously modded HT and Sideshow figures with Kaiyodo/Screamin' vinyl pieces, which are smaller than my true scale - and have even seen people use recasts of those and they looked fine - so maybe there is no reason to do 2 versions like there is with the trooper helmets due to the HT and Sideshow armor being paired with the helmet and thus making true scale look too small.

Please be patient with me as there are a lot of things to work out, but I'll keep you all posted on my progress.

Having received the full scale Terminator Endoskeleton now, I will start buying stuff to begin production back up. I'll start with some more resin as well as a Wash and Cure station and then I'll find a place where I can get the Phrozen Sonic Mini 8K printer - will probably upgrade it to a DLP printer once they've reached the 8K market, as it is a better technology. I hope it won't take long, but please be patient while I get things sorted.

I'll keep you all updated along the way.