at 13:30 he talks about using a pixy cam to do shape tracking to drive motion...

When it’s done make sure you stick your name on it when you take a video. It WILL be reshared all over the place and become internet famous whether you want or not.

Both guns printed, assembled, attached and wired up!!

This is so cool to watch and unfold itself into its final form.I have so much respect for this craftmanship.Thank you for sharing this adventure

the cake is a lie., but i'd settle for one of these, insanely cool, cannot believe i missed this,
probably the coolest burglar detterent there is, and one of my holy grail things on my list, that and a wheatley,

if you were to do a kit of this i would def buy it.
can i also ask where you got the rack & pinion parts from?
definately following this, cannot wait to see this thing finished,

RPF PREMIUM MEMBER
I got the rack and pinion gears from Bearing Boys.co.uk
Telescopic steel tube is from Metals4U.co.uk
Motor and encoder is from RS

I could probably turn this into a static model, sell the .stl files sort of scenario. The extension mechanism took two full days to make but now I've made a few of the tools needed, I could probably make more. Wouldn't be cheap though! Whole thing so far has cost about £400.

RPF PREMIUM MEMBER
Fantastic work so far... can't wait to see how it comes along!

RPF PREMIUM MEMBER
Thank you for the kind words everyone..

I had a couple of small snags I needed to solve. The biggest was too much backlash on the arms..

This thing is going to be going up and down at quite a pace so needed something sturdy to help dampen out some of the wobble.

I welded two 5mm square bits of steel to the back of my main tube.. 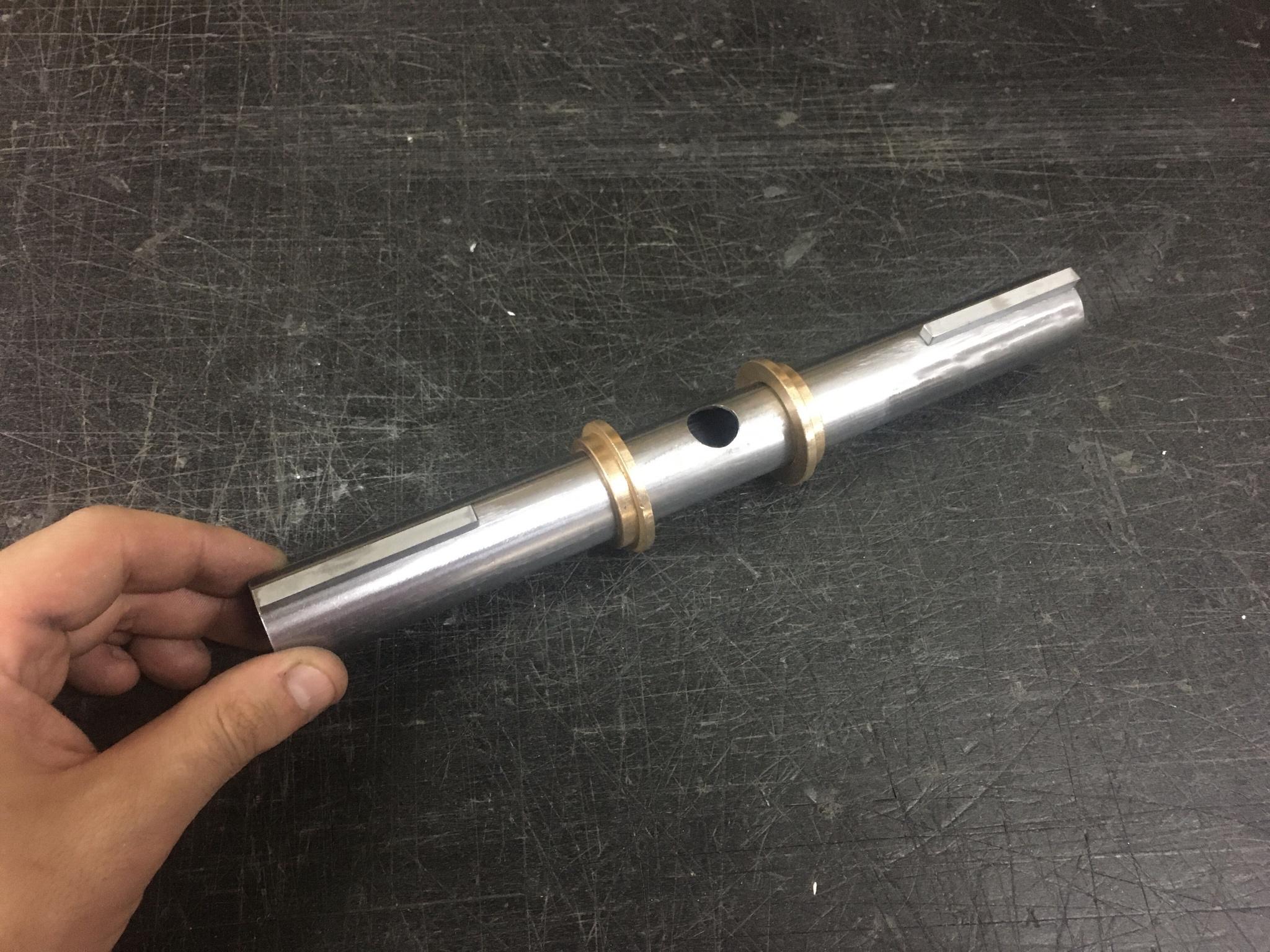 Then I added a machined brass runner into each gun pod.. 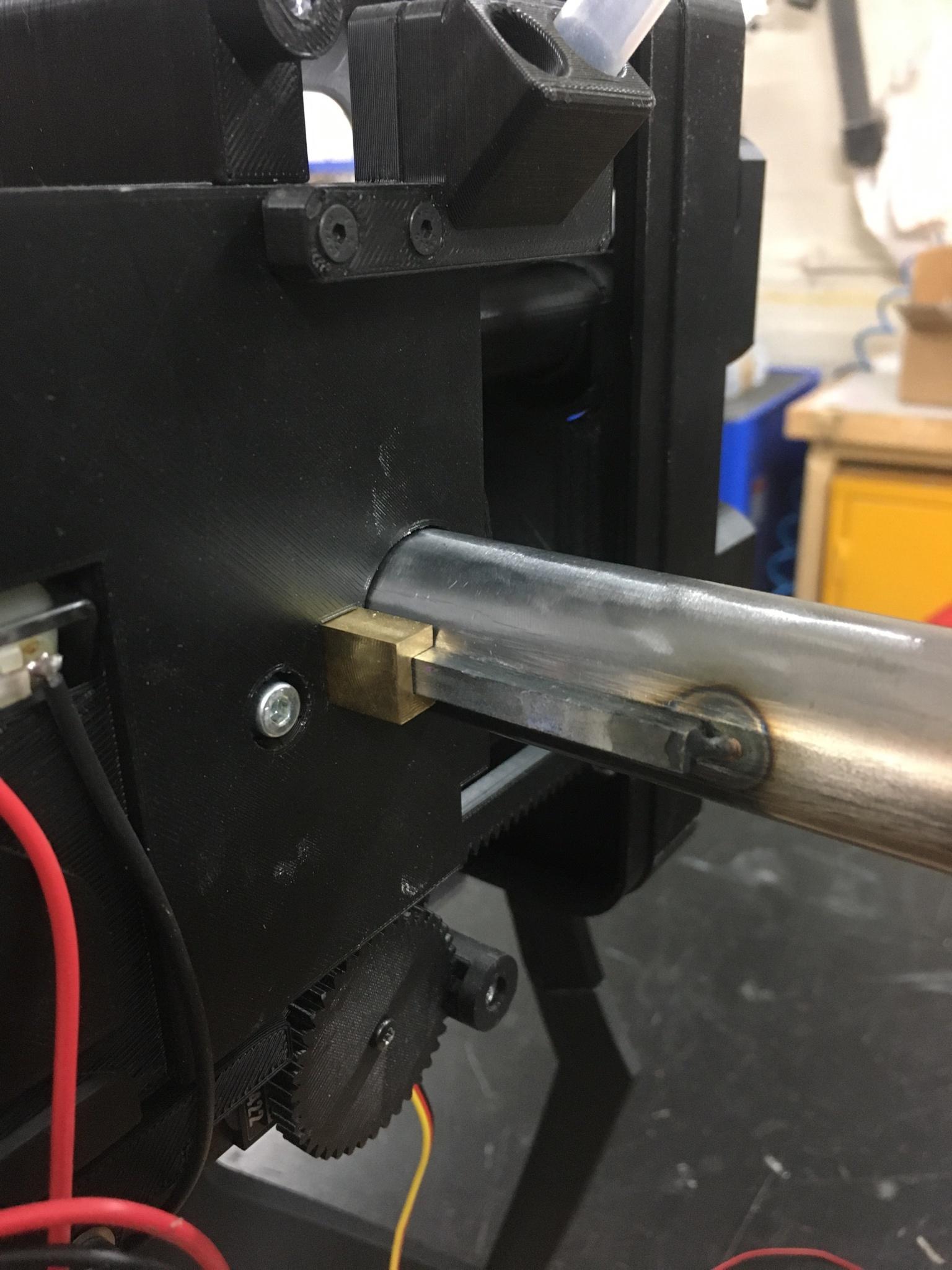 The square steel will run in them and help mitigate the wobble from all that leverage of the gun pods/ arms etc..

I had to then start designing the tilt mech.. 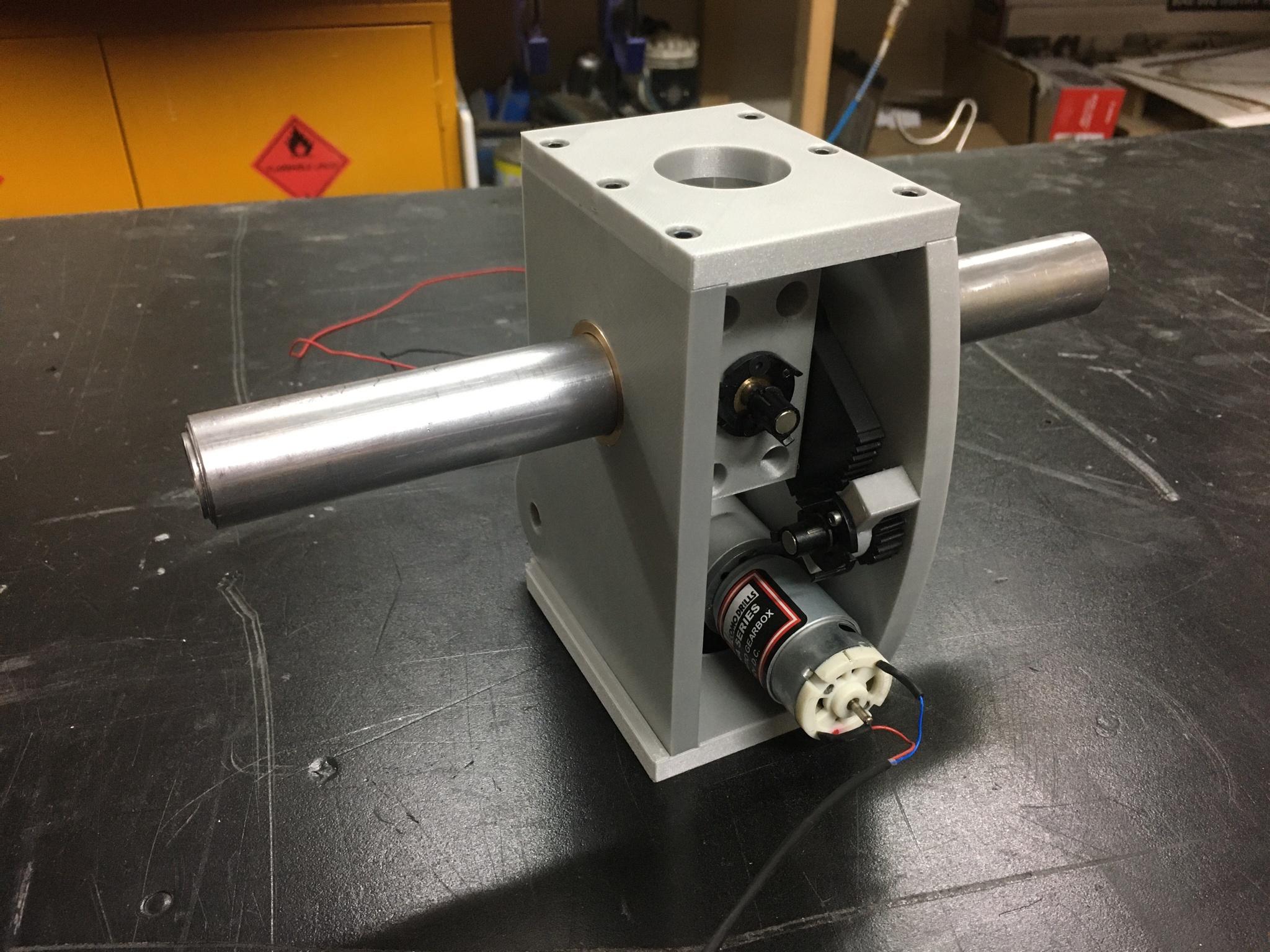 This has a motor that rotates the whole extension arm. There is an encoder geared directly to the extension mech too..

This rotates a magnet, which pulses a Hall effect sensor in the encoder and lets my Arduino know what rotational position my arm is in.

I linked it up to a basic joystick and tested it out..

I am currently using the PID Arduino library to control the movement.

The steel and brass runner really help reduce the wobble and I can reduce it further in software by introducing a curve to the movement so it slows down when needing to stop.

The aiming will eventually be controlled autonomously by a Pixy2 camera, which I should be able to train to shoot at particular objects.

The next update will hopefully include the use mechanism, which means designing the main body too. Id also like to see tilt, yaw and extension all on display!!

RPF PREMIUM MEMBER
Amazing progress. I've been dying to see a super high end built Turret like this for years.

One of those hard projects that was begginf for someone to tackle properly.

RPF PREMIUM MEMBER
Still really loving this, Glad to see the brass slider has helped with the extended backlash, As for the backlash on the gear, I might have a little think.

Though one first thought, instead of driving the tilt by the motor directly via a gear, why not run it via a screw? Its a little slower maybe but i think the motion should be more solid....

RPF PREMIUM MEMBER
So much movement, good work. Is there anyway to do acceleration profiles with your motor control, that may help with some of the bounce back.

RPF PREMIUM MEMBER
This is the difference between having the runner (left side) and no runner (right side).

I will be using some sort of S profile to accelerate and decelerate to help mitigate the wobble.

Now listen, if someone ever commissions you to make them a puzzle box don’t do it. This is stuff is mechanical art.

RPF PREMIUM MEMBER
This is absolutely incredible! Well done, I love it

Holy smokes!! This is amazing. Were you able to make any additional progress on this build? My son and I just finished reviewing this thread in prep for some Portal building of our own and we are dying to know how much further you managed to get.

This is truly inspiring. -- Cheers

Thank you! I haven't made any major progress that is worth showing. Mainly designing out the housing for the mech, which means designing the legs, which means designing a few other parts. The main housing need to be as lightweight as possible, so will probably be made from bent sheet aluminium, with the legs fabricated in something sturdier like steel.

It's all on the to-do list but I made this little video for you and your son showing off the assembly process for the extension mechanism. All the parts have been fabricated by me on the lathe and mill so you can't buy them anywhere (yet!).