I recently bought a Transport Trooper (ICAT) helmet from KB Props. I am eventually going to do the whole costume but just focusing on the helmet for now.

This is what I received: 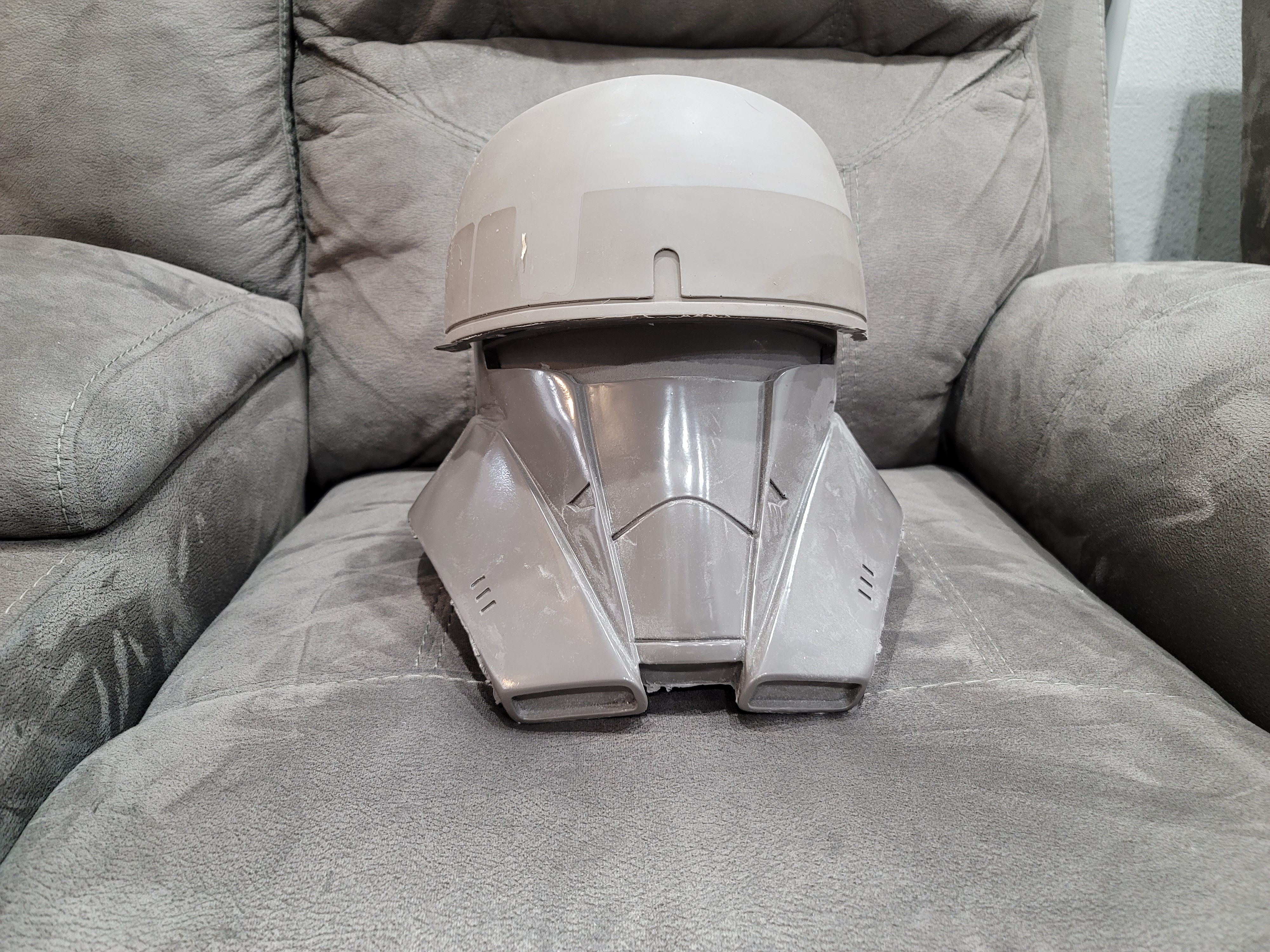 The dome had some waves and dents due to some thin parts of Kevin's mold so going to have to fix those later: 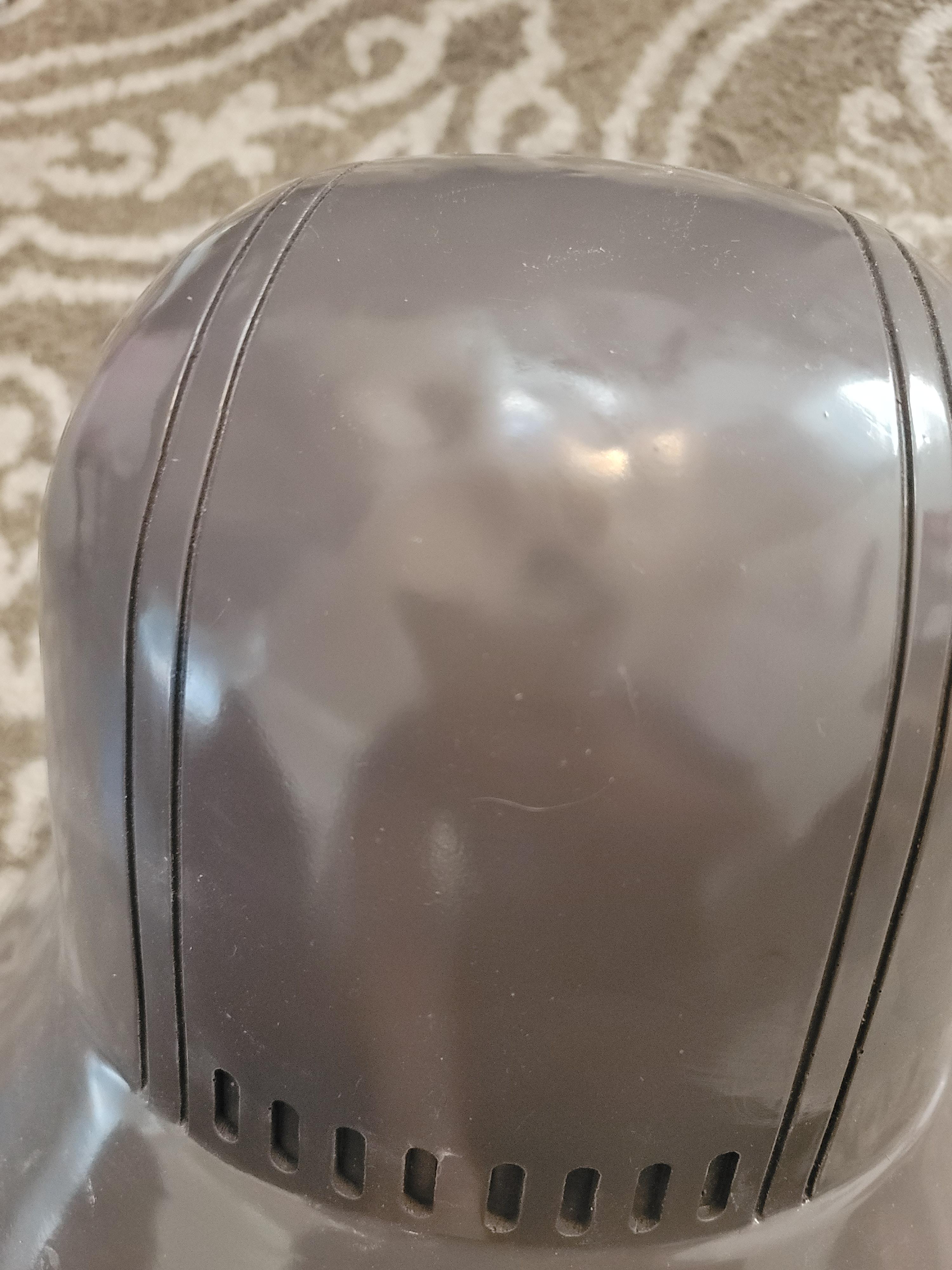 First I did a few passes of bondo and spot putty to fill in the pin holes and also to fix the wavey parts on the dome: 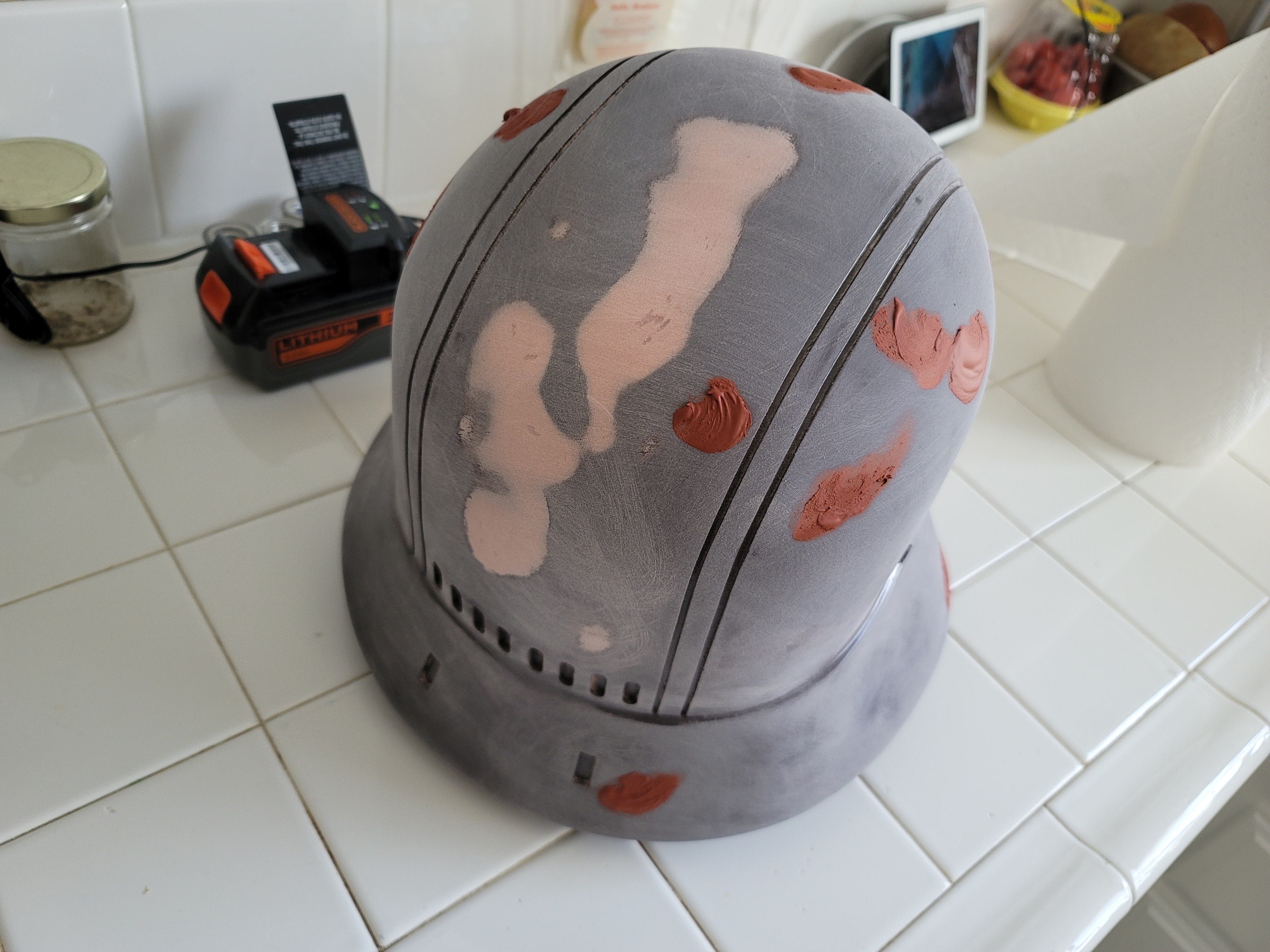 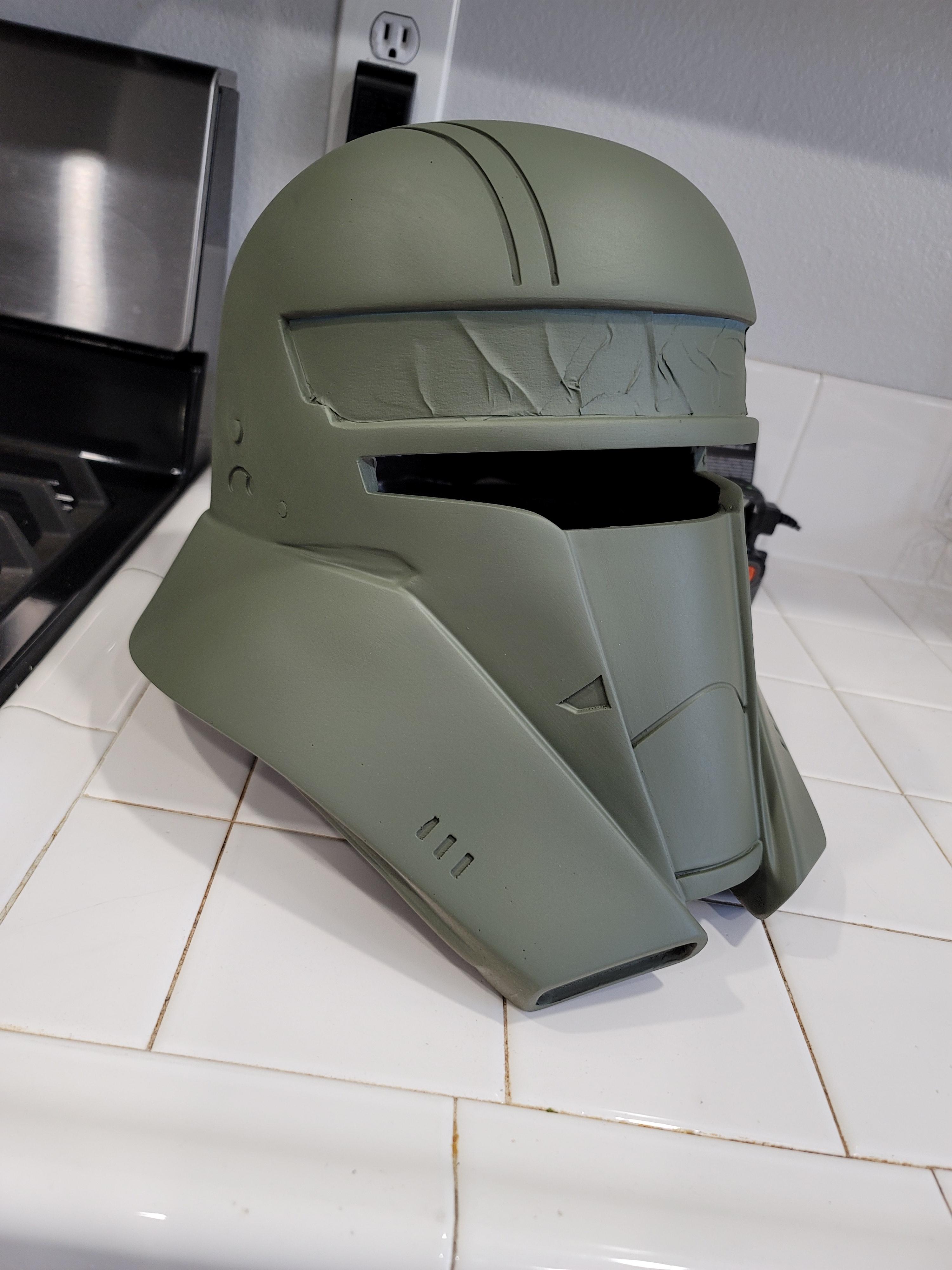 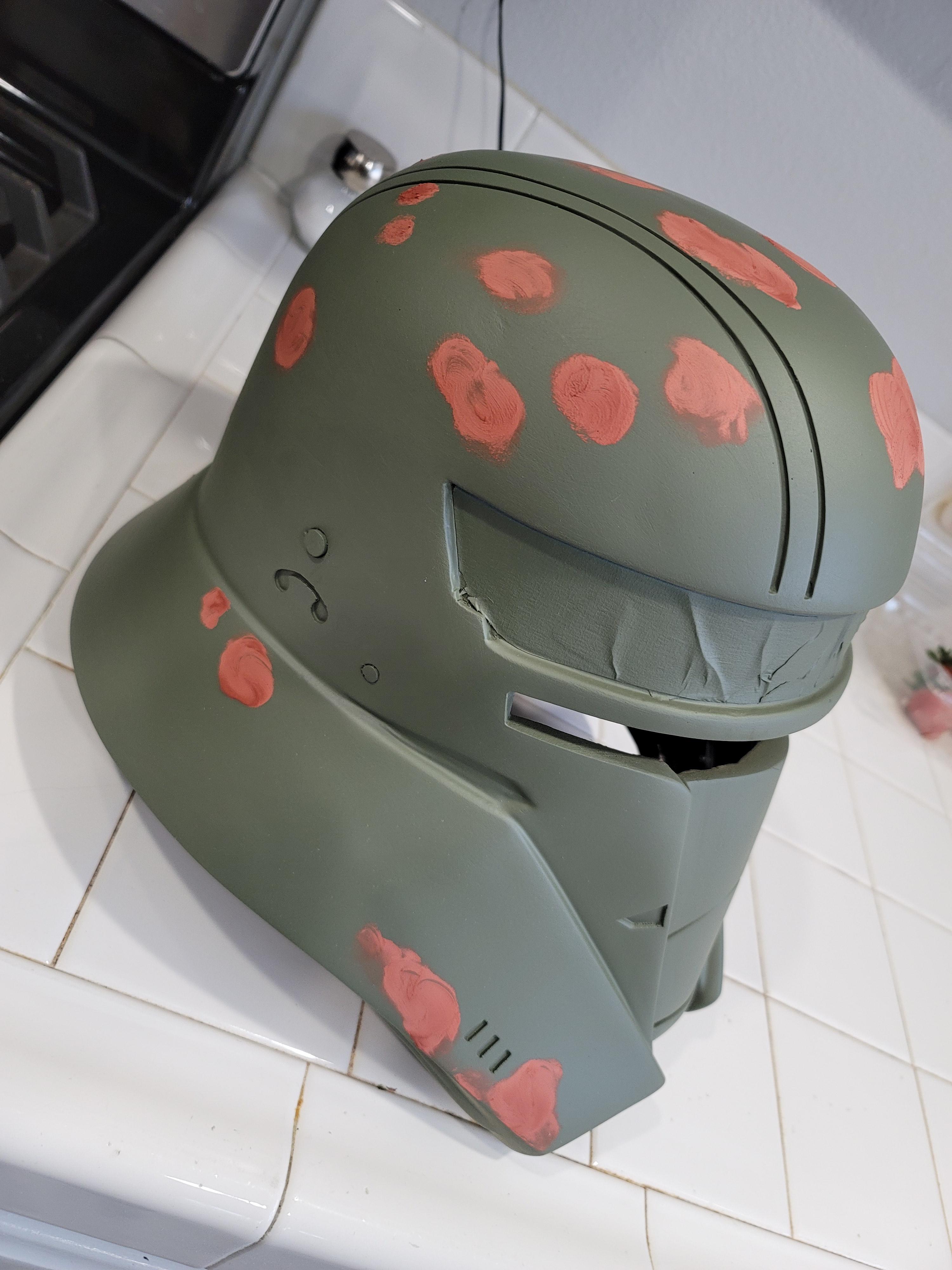 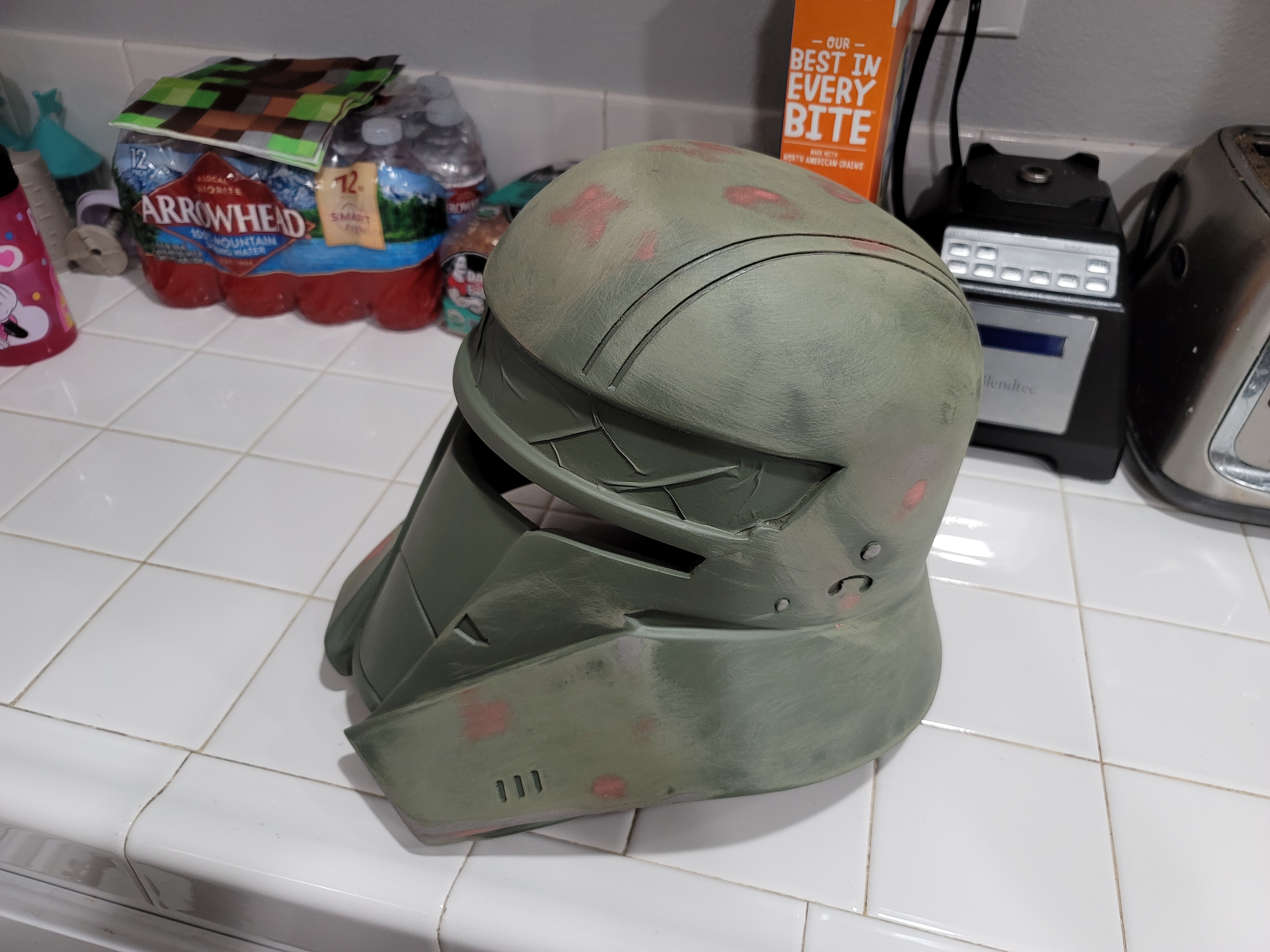 In hindsight I probably didn't need to be sooooo crazy with all of the filling and sanding but I wanted to make it so this thing looked like it came right from the factory before I dirtied it up. 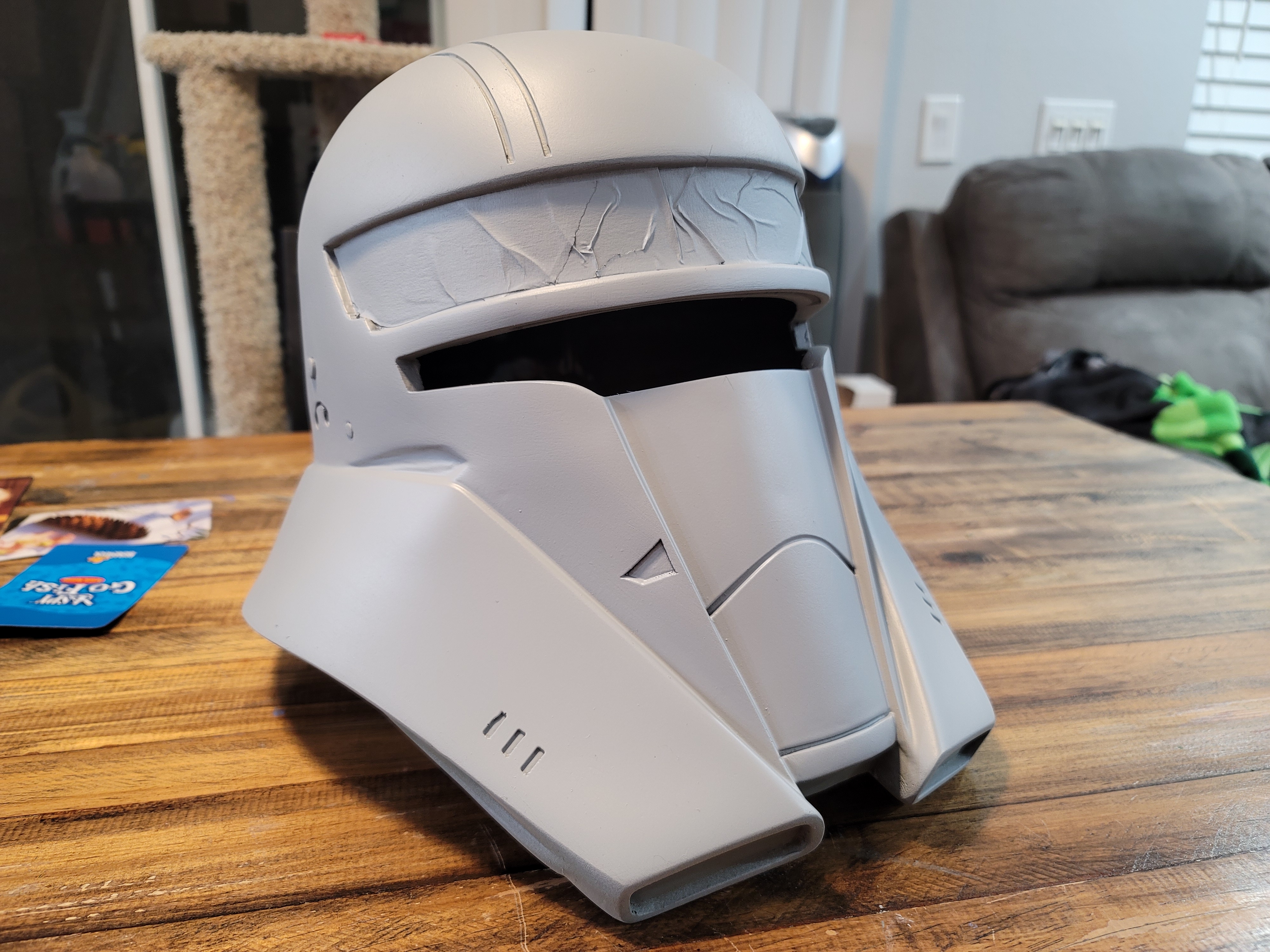 I usually like to paint with Duplicolor but they don't have anything that matches the color I needed so I decided to venture into Montana Gold spray paint. I ordered a few different colors and landed on Montana Nato. I had never sprayed with Montana before so initially I had a hard time getting a good finish. Finally figured out that I needed to hold the can a lot closer than I usually do. This is after I finished with the base coat: 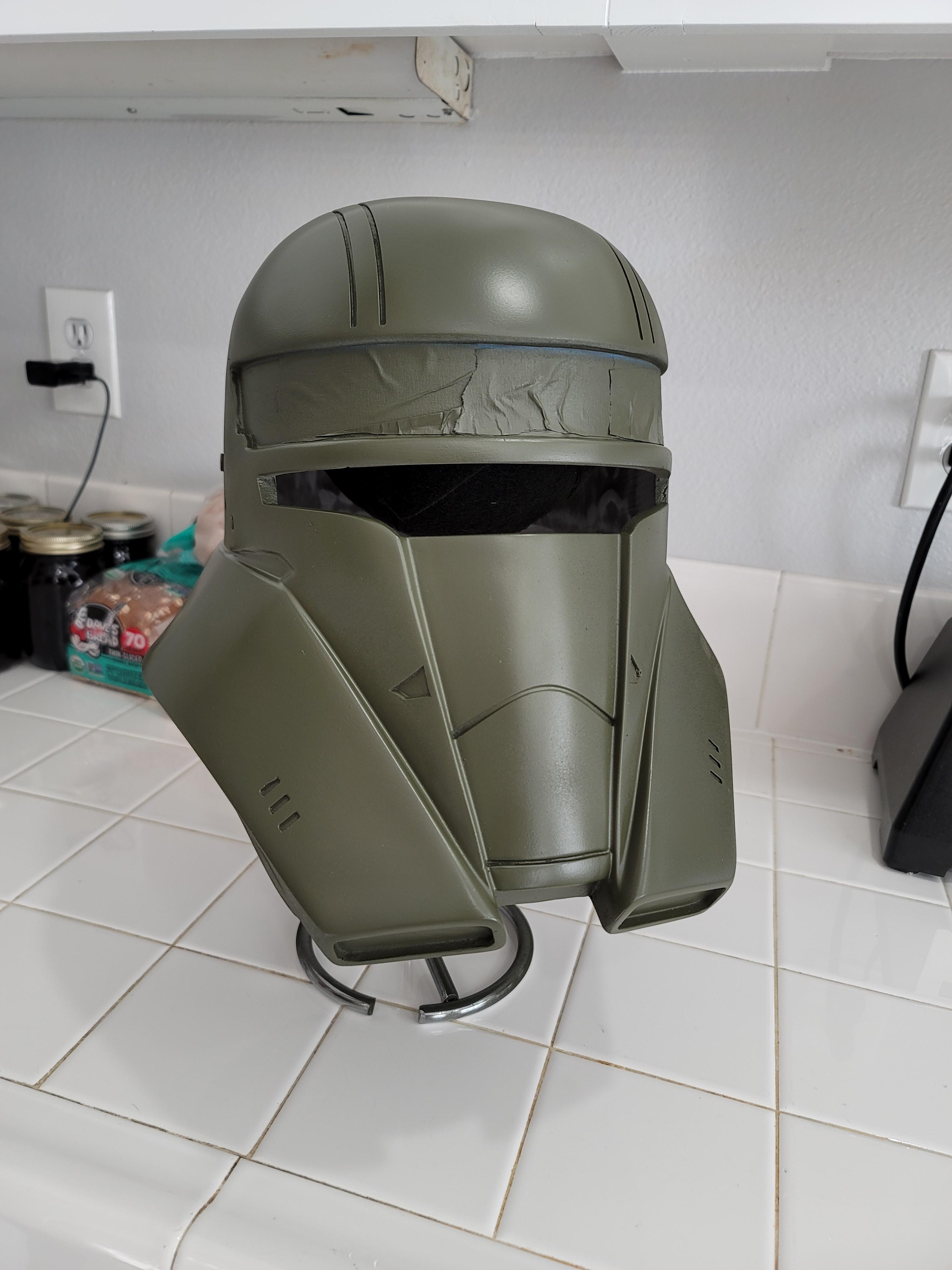 RPF PREMIUM MEMBER
Now it is time to dirty it up. I went to Michaels and bought a variety of hobby craft paints. Some browns, beiges, greens, teal\turquoise, black, and yellow. I also got some foam paint brushes, chip brushes, and some sea sponges. This is the first time that I have ever painted something like this but I watched a ton of YouTube painting\weathering tutorials. Sideshow has a painting series on Youtube that follow that also had some cool techniques that I wanted to try. This is the first past: 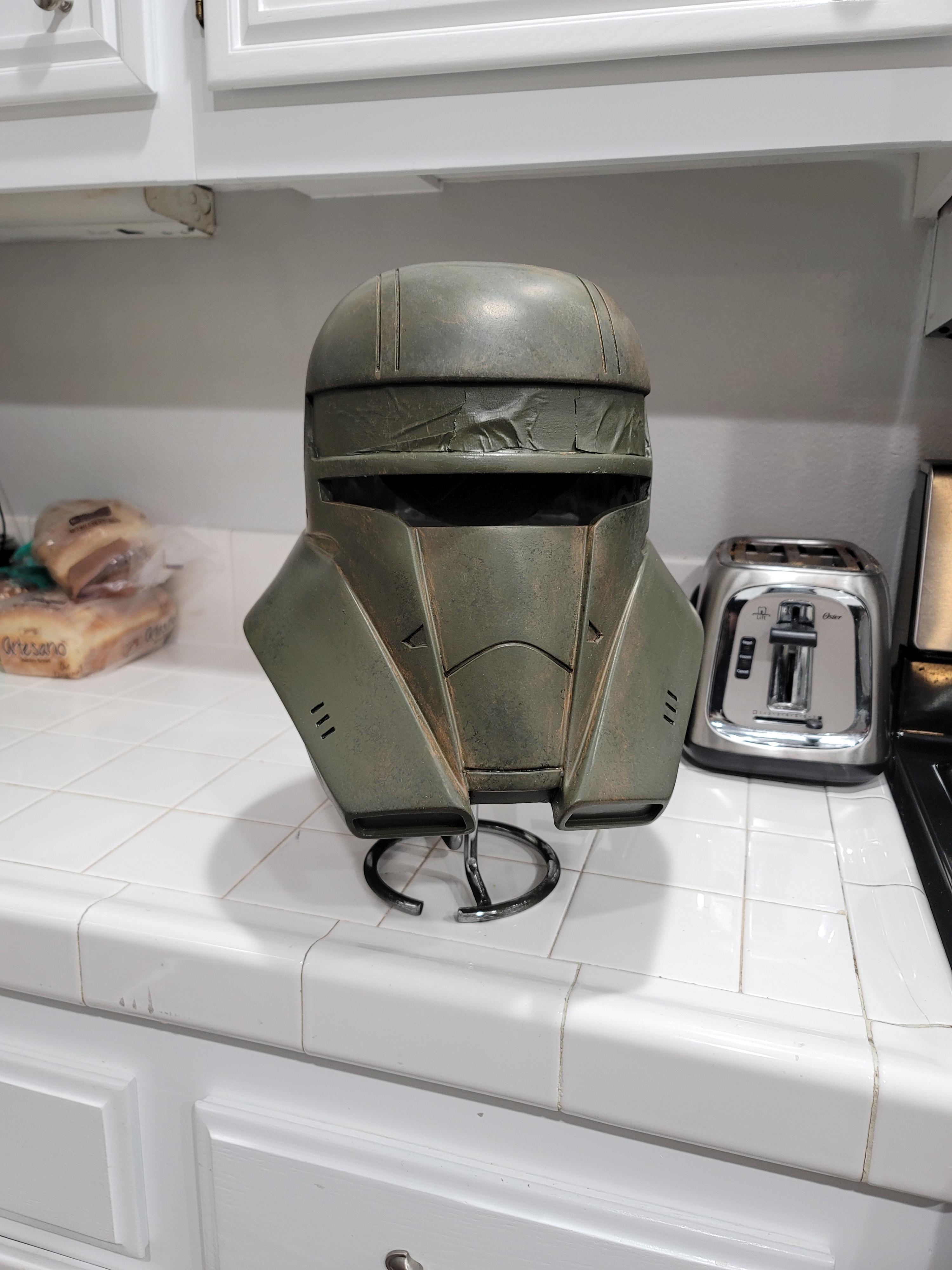 After that I kept layering on different shades and hitting different areas. At this point I dry brushed on some turqouise and also simulated some scratches with the chip brushes. I also added the greeblies to the front of the helmet at this point. I painted the vents with glossy black Duplicolor and I painted the front heatsink\grille greeb with Duplicolor galaxy silver and then weathered. 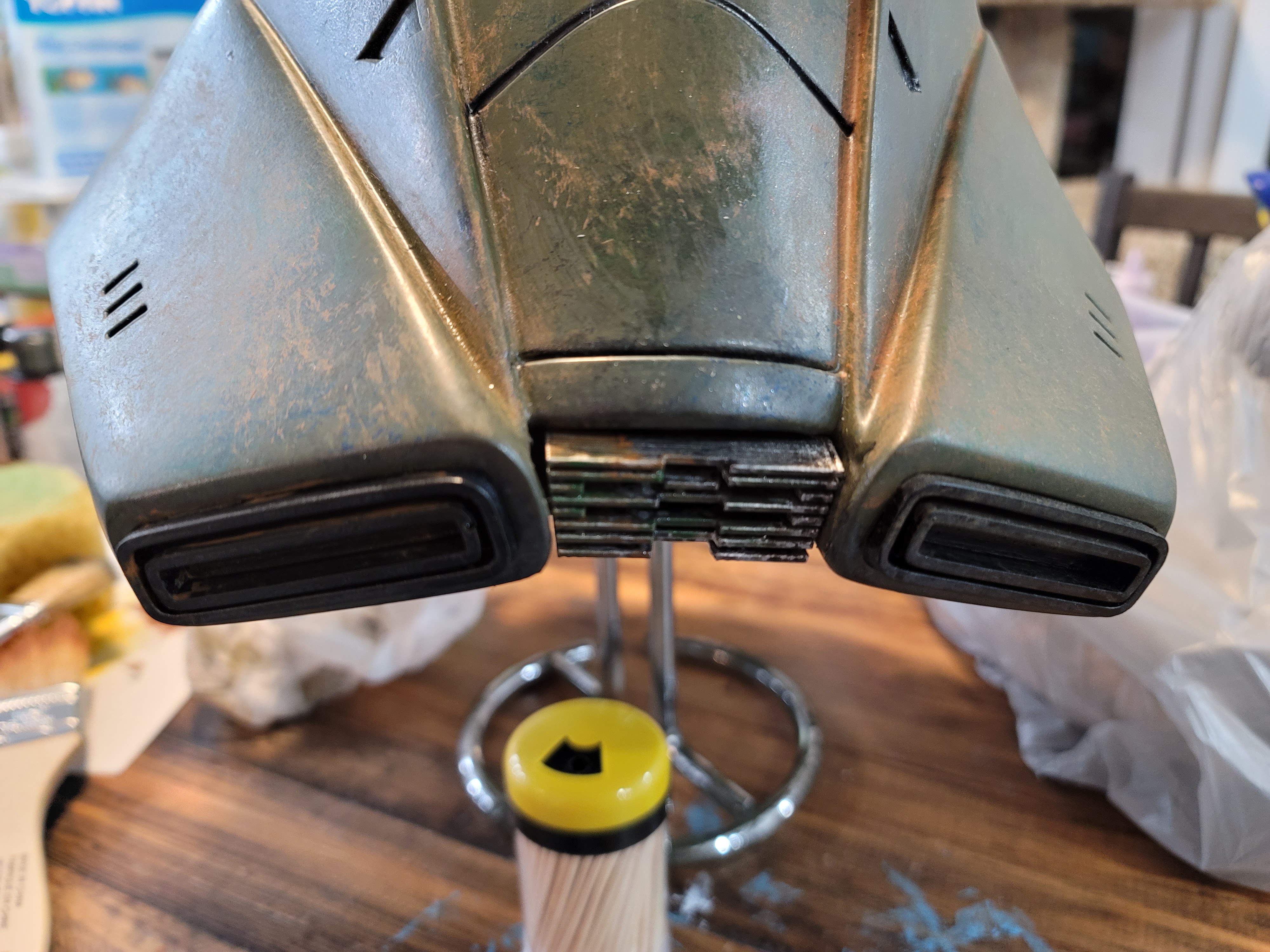 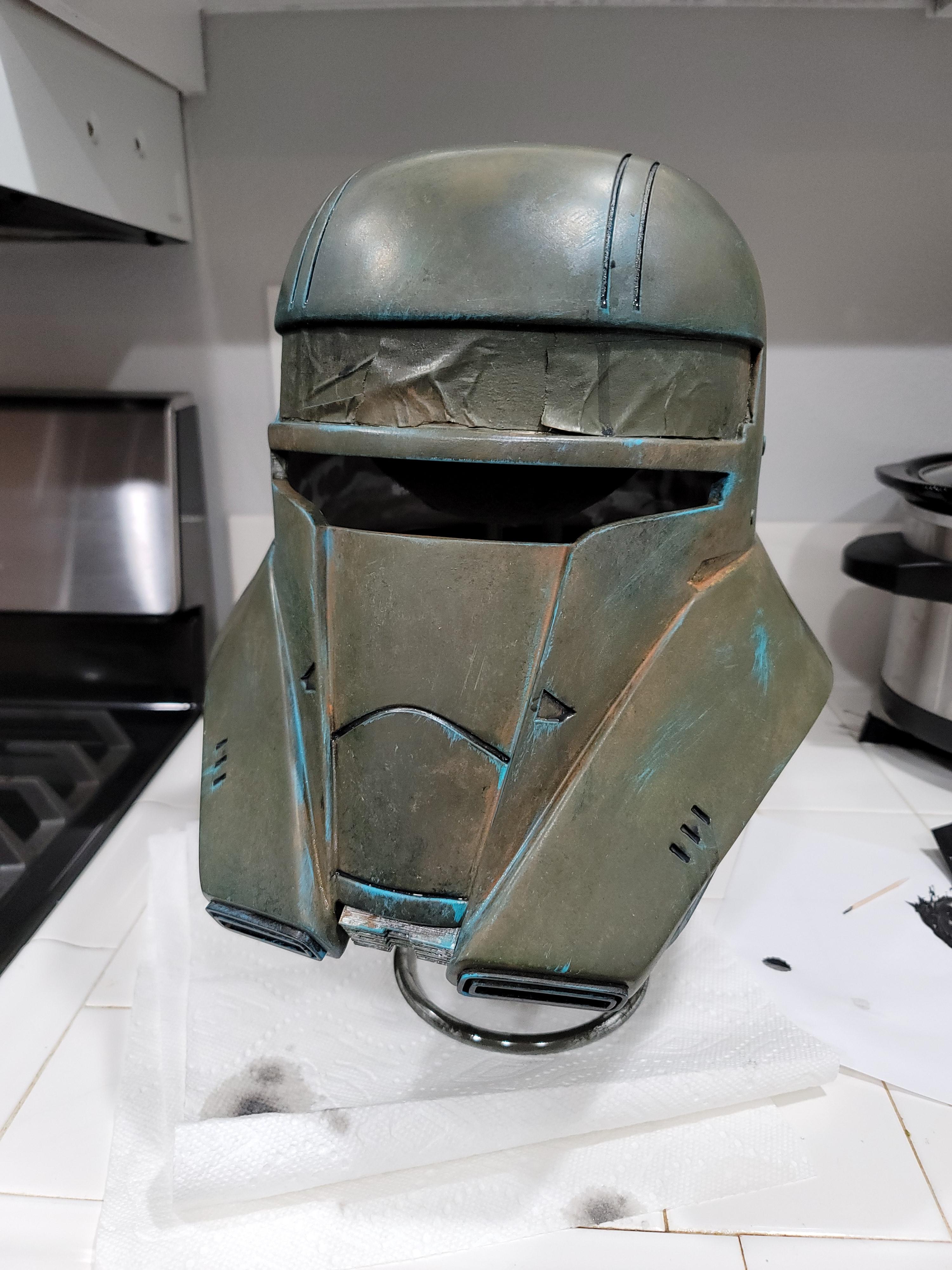 RPF PREMIUM MEMBER
From here on out I just layered on the weathering using a combination of dabbing on color with sea sponges to get texture and using the circle foam brushes to dab on colors in areas and blend it in. I also used a teeny tiny sponge to simulate some edge weathering\paint chipping with Testors silver. Here is the final product: 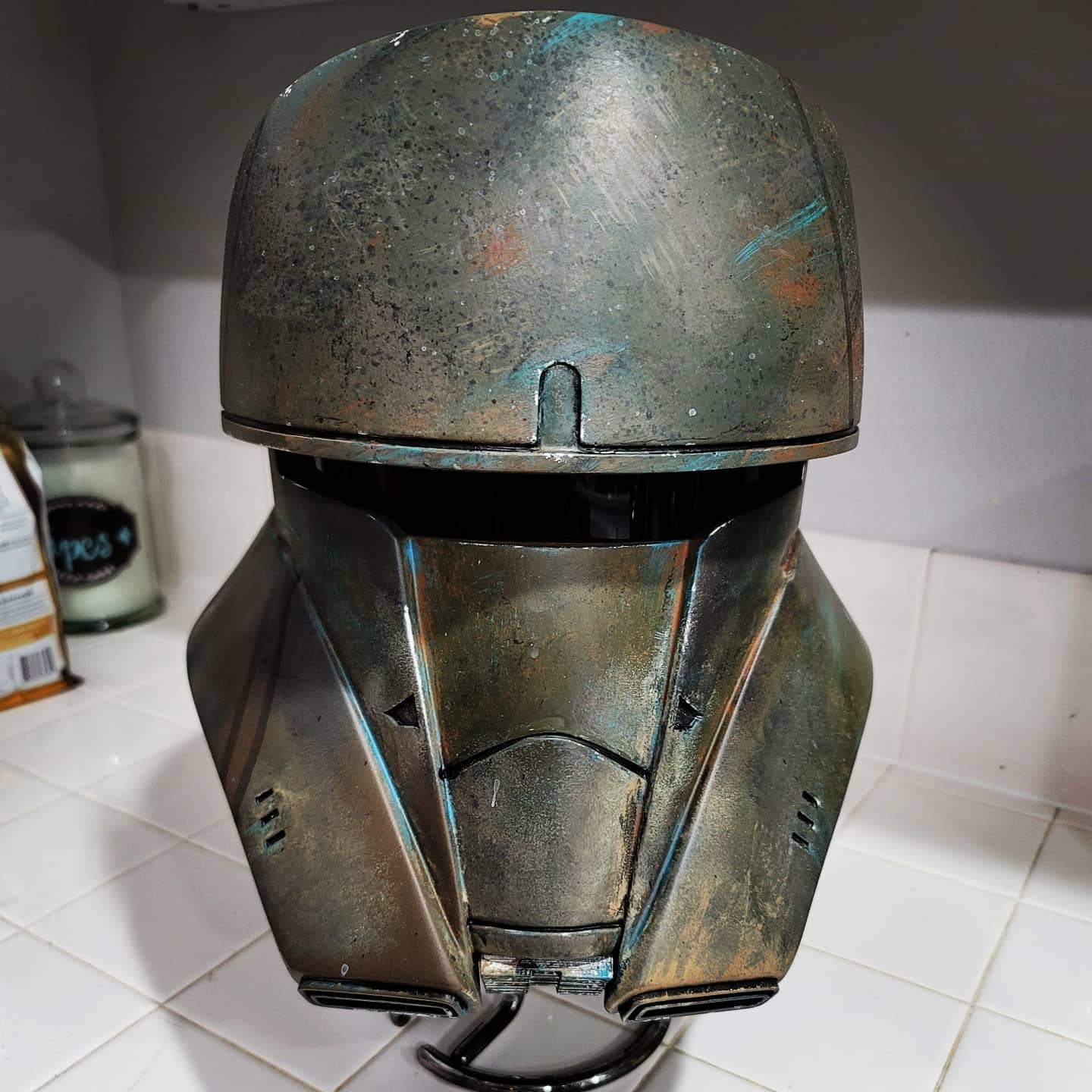 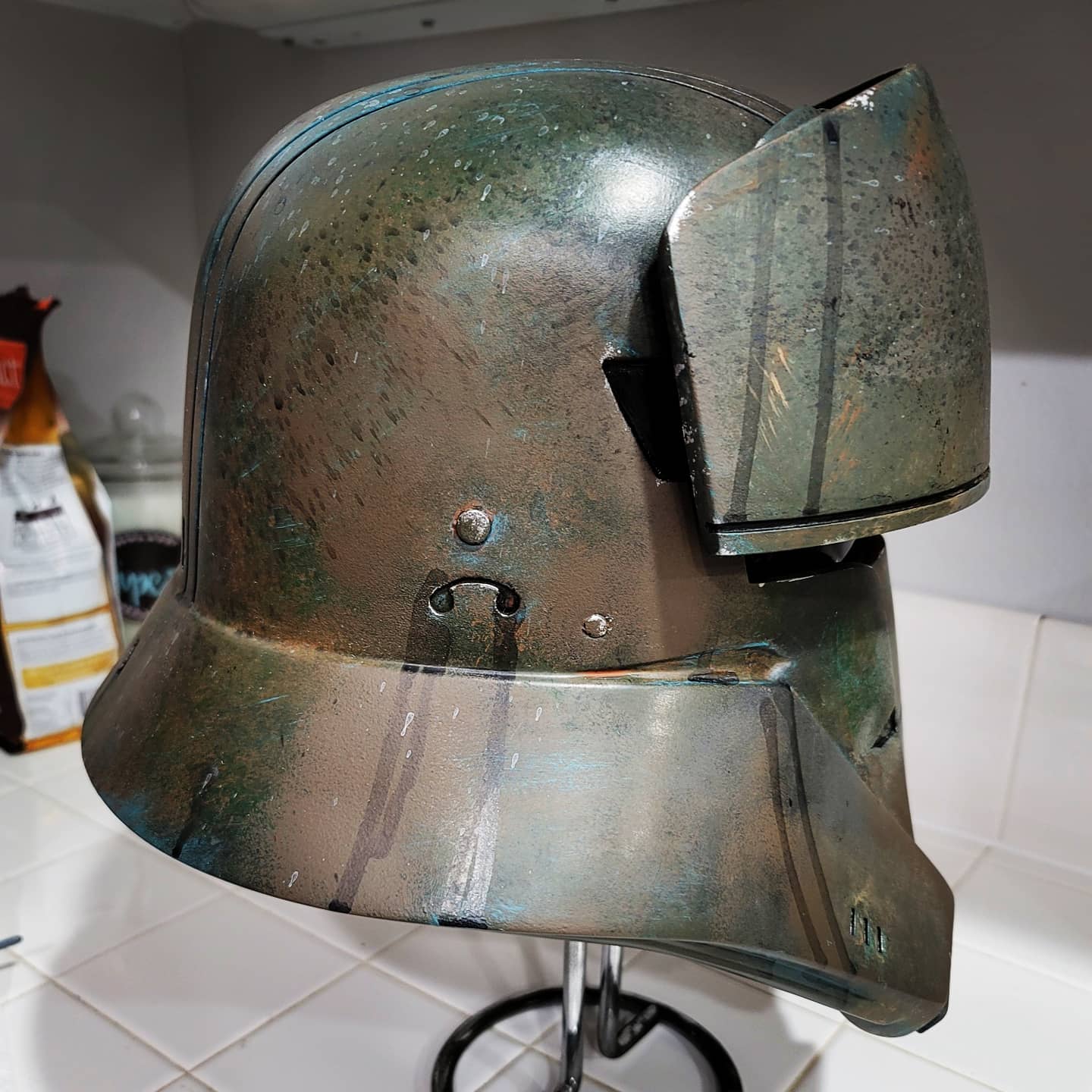 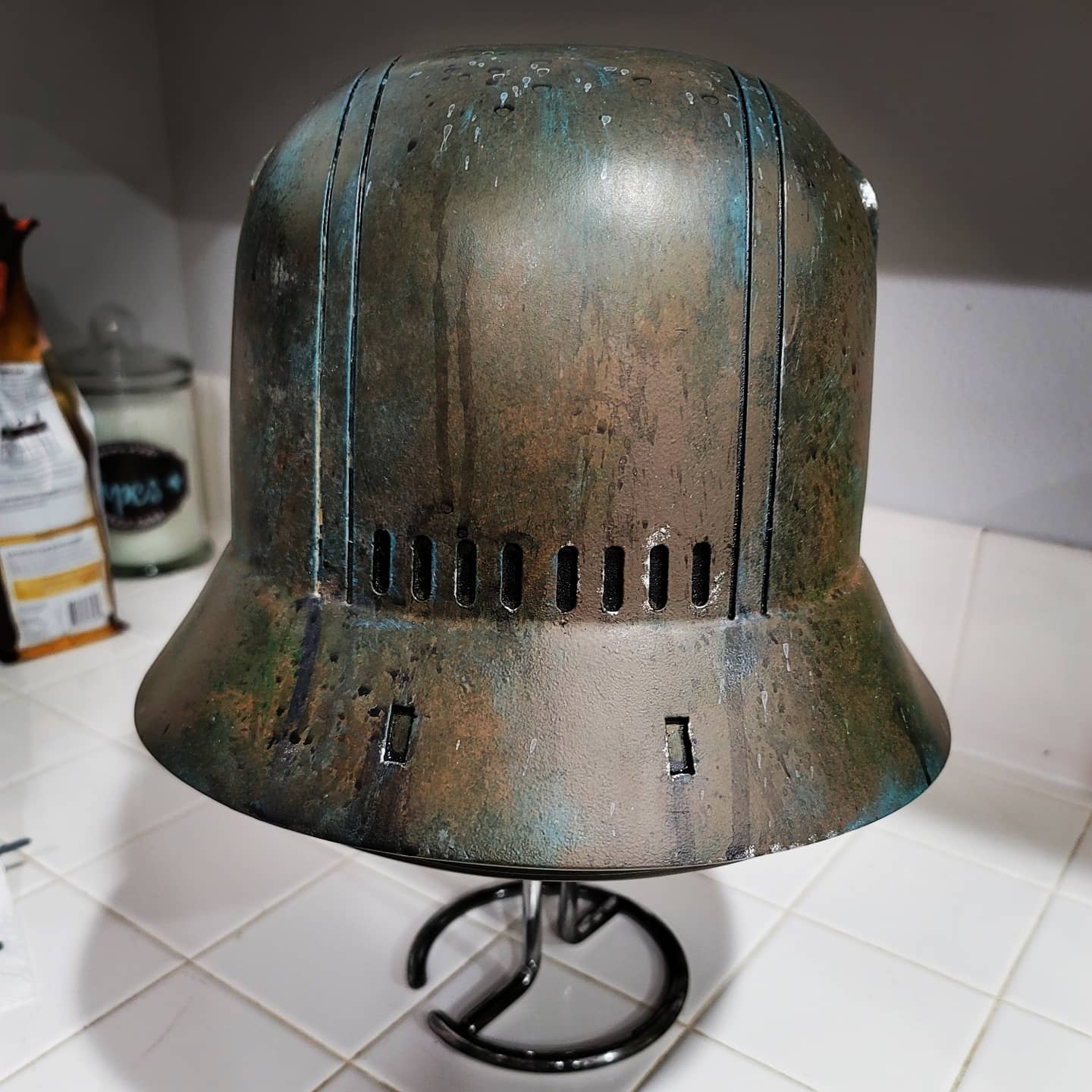 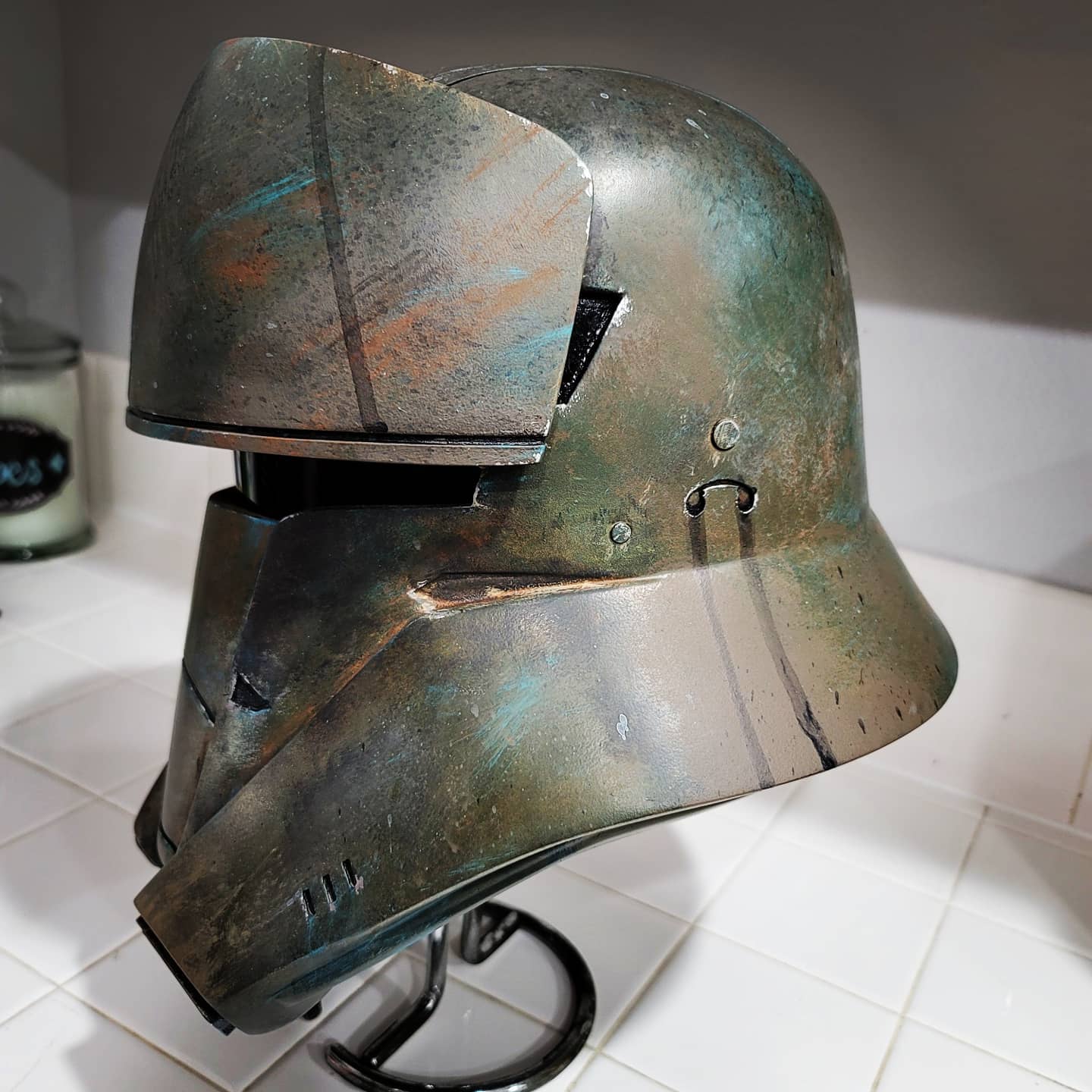 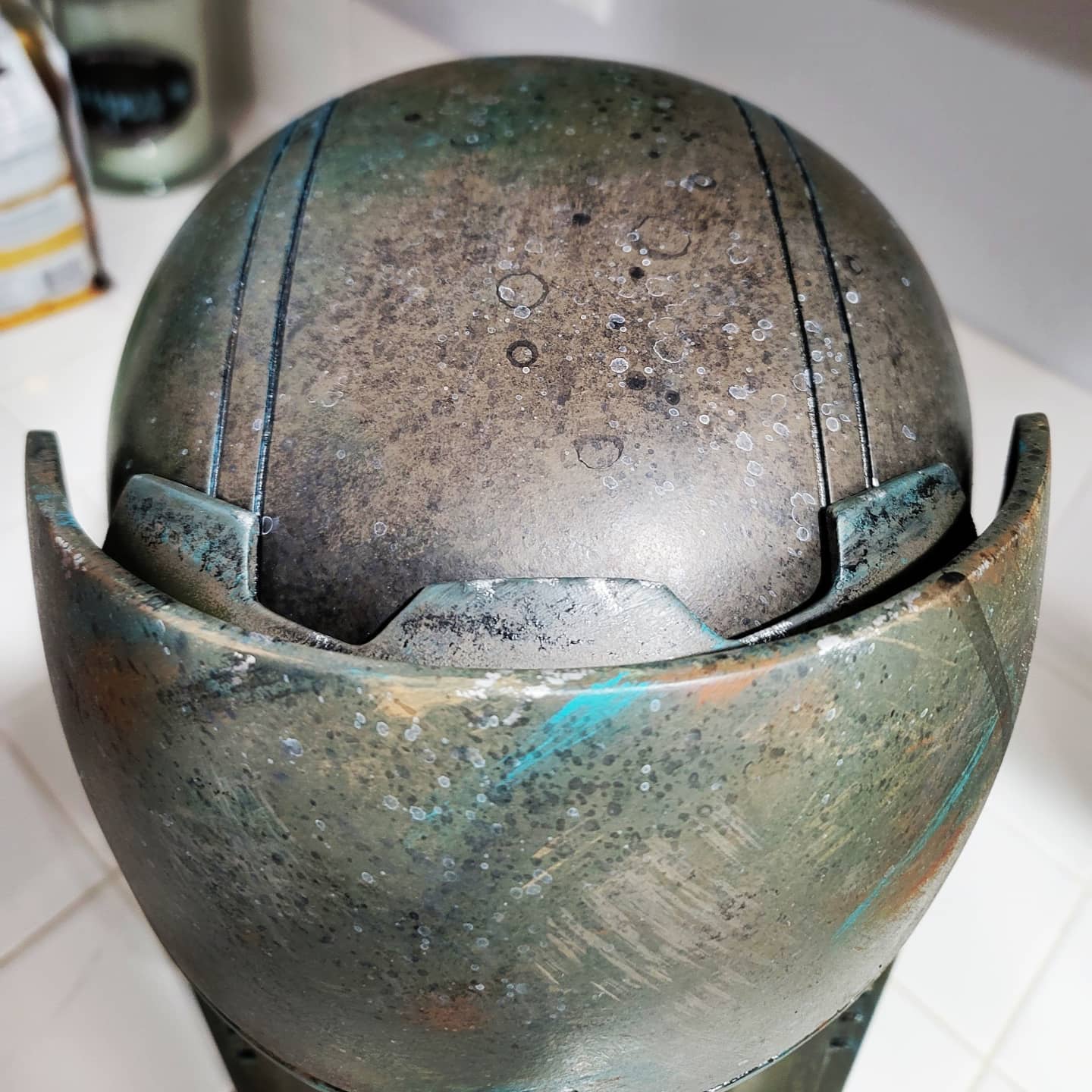 RPF PREMIUM MEMBER
I've had a few people ask me on FB how I got the splatter effect on the dome. I made 2 washes with acrylic paint, a black one and a white one. I loaded a paint brush with the black wash first and used a paper towel to remove most of the wash out of the brush. I held the brush about a foot away from the helmet and then hit the brush with my other hand to cause droplets to spray from the brush. I let the droplets sit on the helmet for 2 - 3 minutes and then I wiped away the excess which left the rings. I repeated the process with the white wash.

Looks great! That is a helluva weathered helmet!

That turned out awesome! Great job!

Is this an RS Prop Masters Boba Fett helmet?