Having a lousy day.

Need me some prop pick me up.

Any progress on these?

They have a great King Tut travelling exhibit in my town so it would be fun to see more of these.

Could you please consider me as well been after the jars for awhile now.

Jamesfett said:
Having a lousy day.

Need me some prop pick me up.

Any progress on these?

They have a great King Tut travelling exhibit in my town so it would be fun to see more of these.
Click to expand...

Alright, so I thought this was going to be a quick post and then I looked back at all my research and realised there's so much to say and I'm struggling to organise my thoughts. I will try my best, that is why this is part 1 (i don't know of how many...)

The lids were planned in 2 stages.
1. Making the bases:
- Creating a master
- Making a mould
- Casting copies for sculpting

2. Making the heads
- Sculpting the heads on the bases
- Moulding the individual lids
- Casting the lids 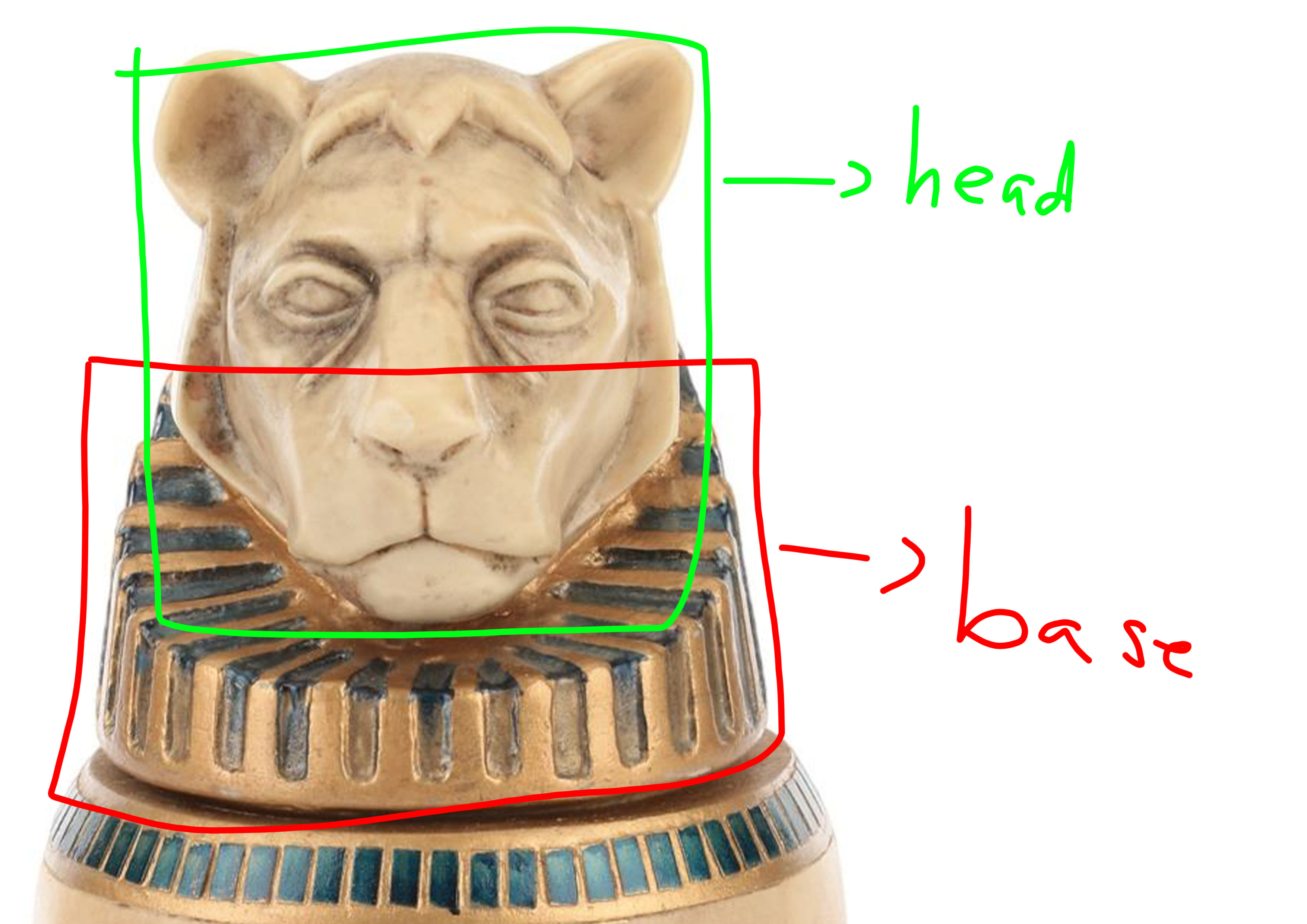 Making the Bases
I believed I could create just one base as a master for all the different heads. The lion head was my main reference for the bases due to the higher amount of reference images.
Fun Fact: The lion head is the only one that does not represent an actual Egyptian god. I believe it was only created for plot purposes. In ancient Egypt the were only 4 canopic jars:
Dumatef (jackal) containing the stomach. NOT ANUBIS! ikr
Qebesnuf (falcon) holding the intestines
Hapi (baboon) has the lungs
Imseti (human) containing the liver
(RobertMuldoon can you fact-check this?)

I discovered that the falcon head had a slightly different base from the others. It has a pointier back, which made me realise that they all look somewhat different. 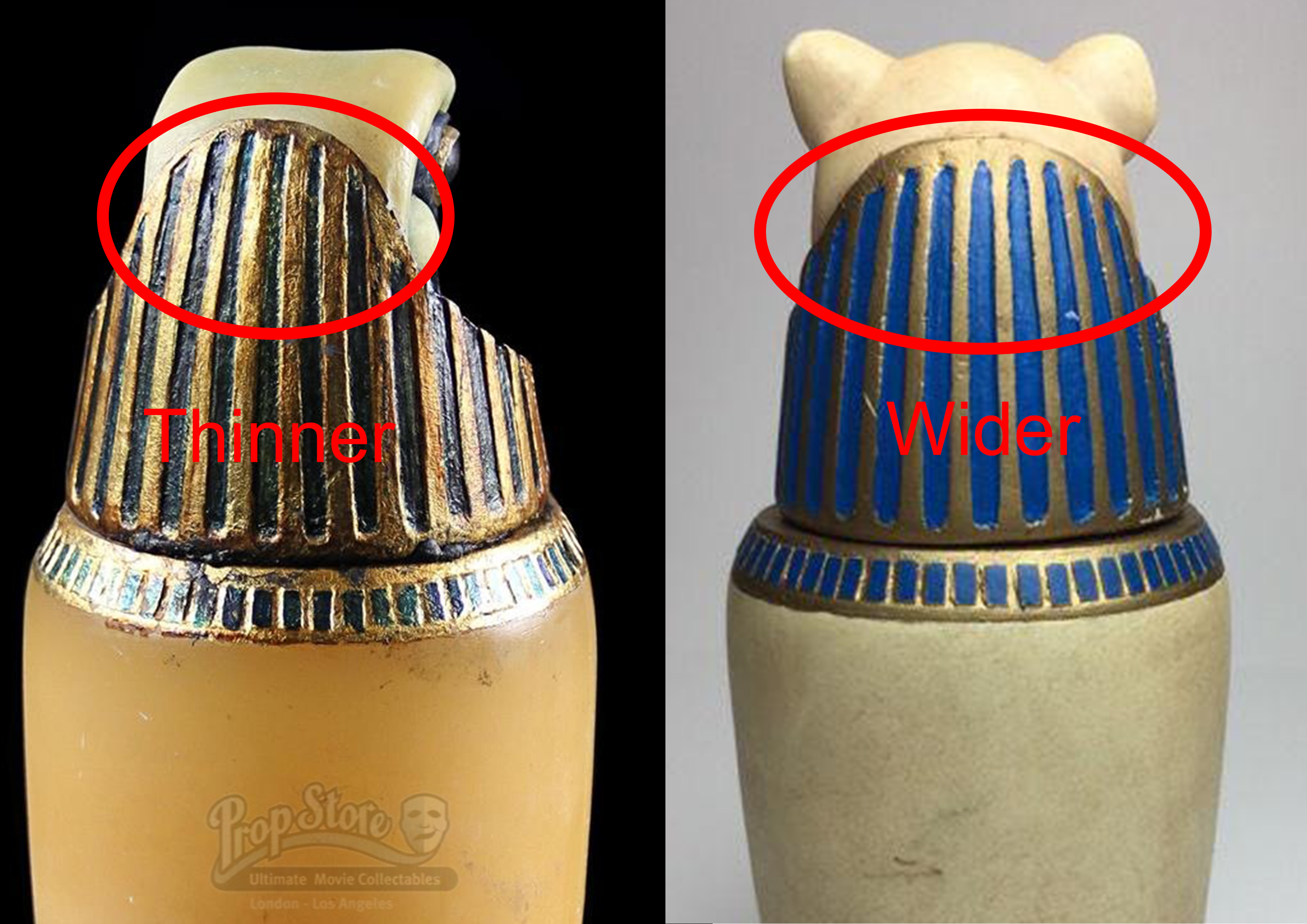 By counting the lines and measuring the height difference on the back I could also identify the level of curvature.

Unfortunately, there aren't many references for the Jackal, Human and Baboon head. The ones I could find were either screen grabs from the films or the jars at a The Universal Studios display (Canopic Jar and chest props from The Mummy movies...) 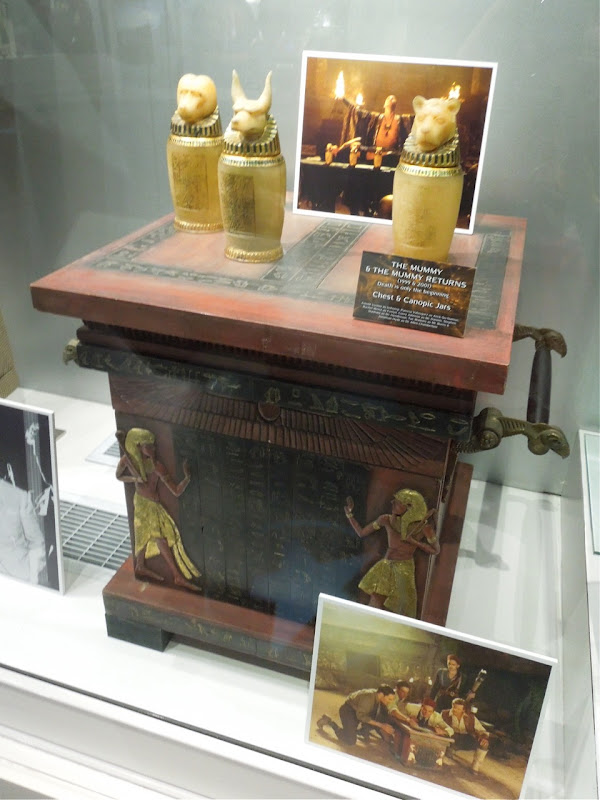 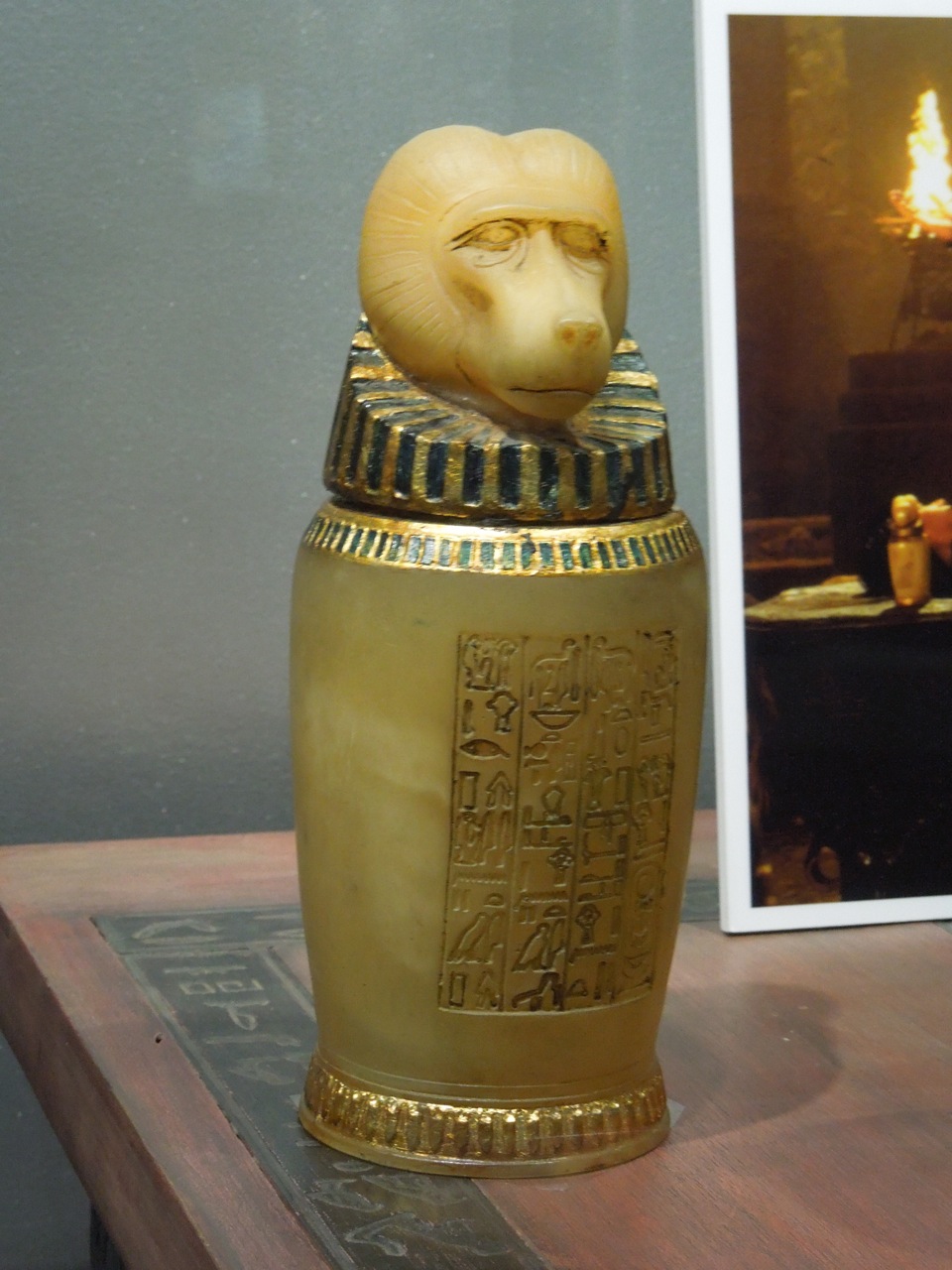 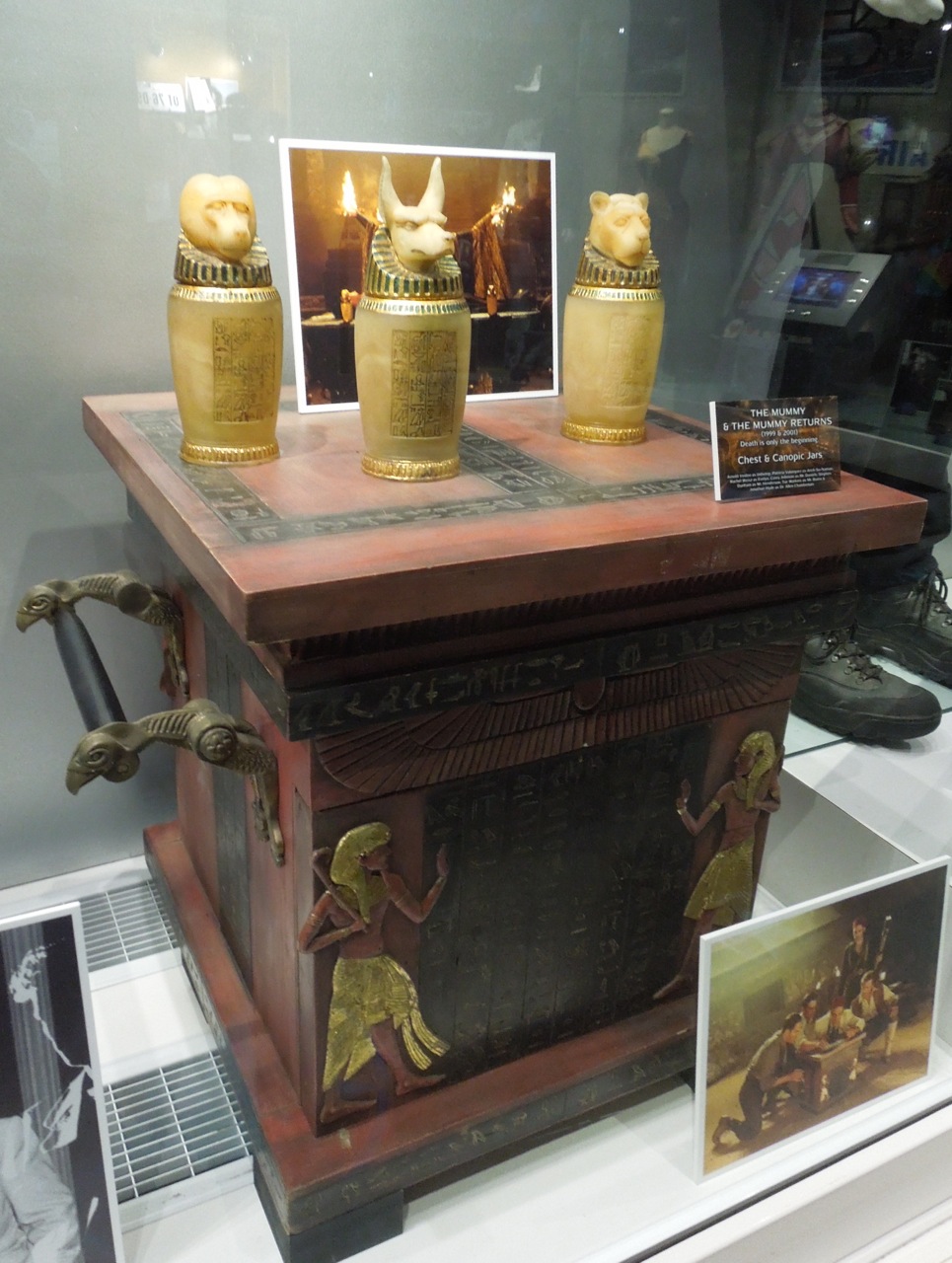 By looking at these images I could safely assume that the jackal and baboon bases were close to identical to the Lion's head. This meant that I could use the Lion heads base as a reference for the other 2. This also meant that the falcon and human head had to be sculpted separately. 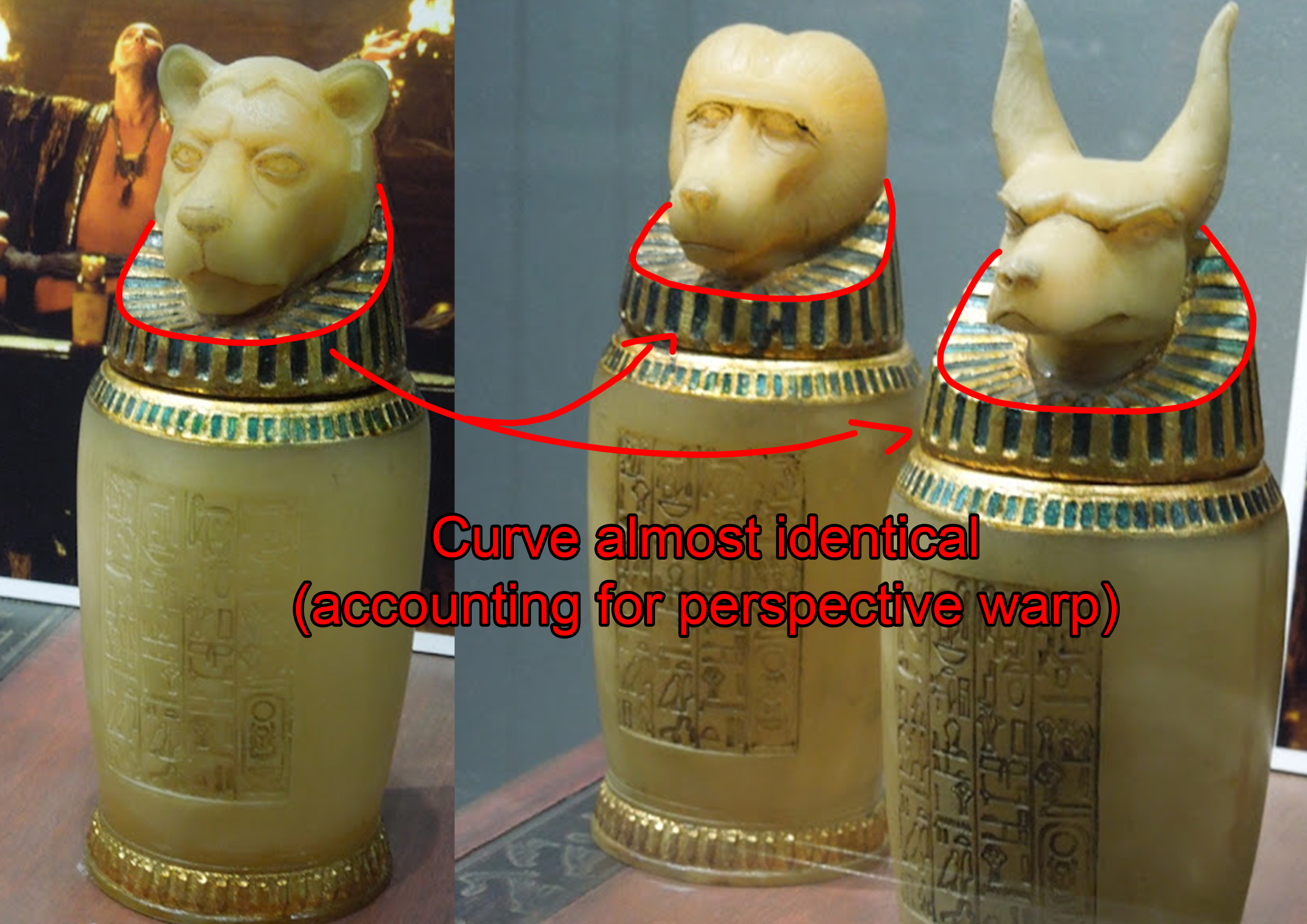 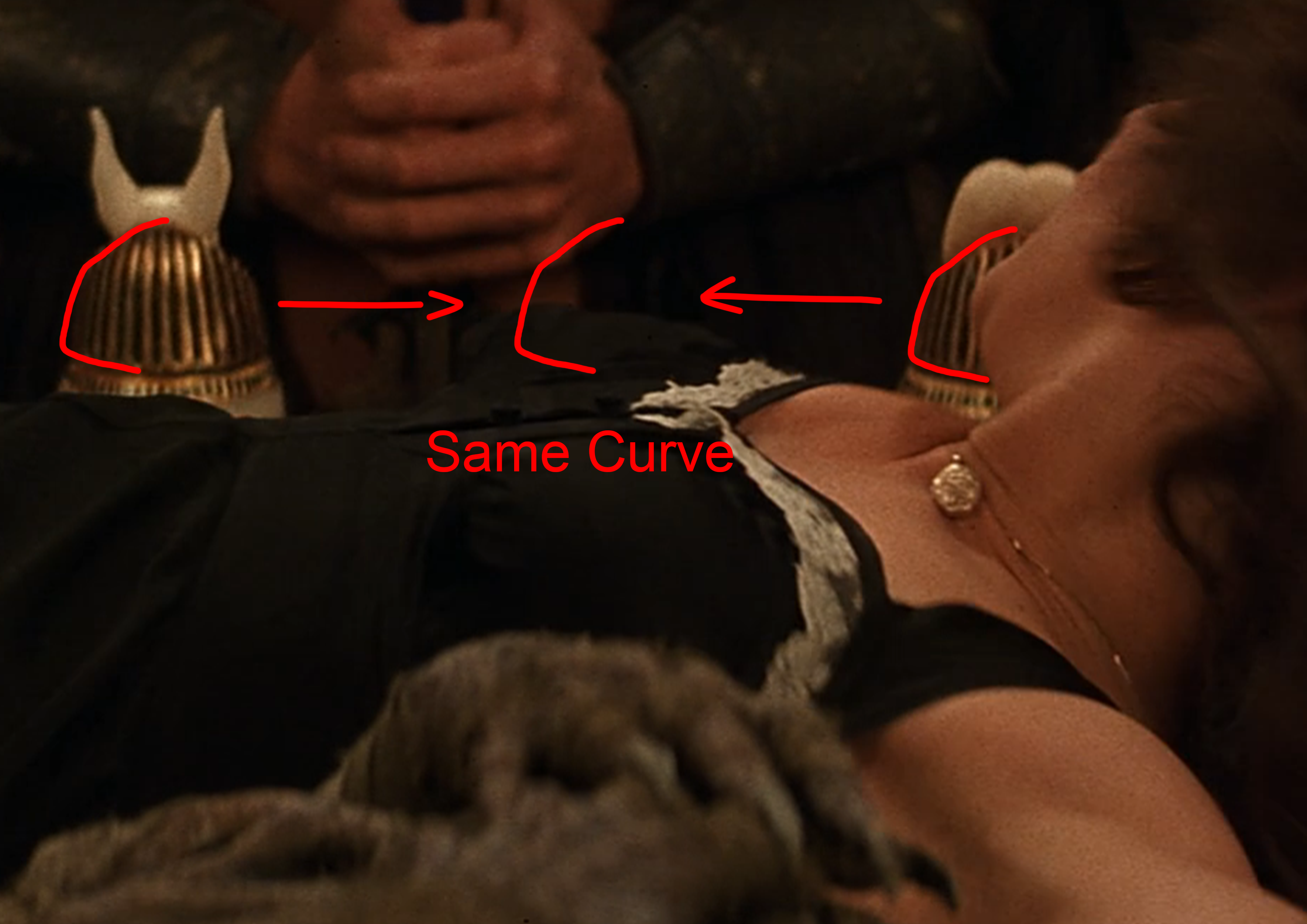 thanks for stopping by!

I was trying to sound like an addict getting a hit, but I think it just comes across as weird.

Jamesfett said:
I was trying to sound like an addict getting a hit, but I think it just comes across as weird.
Click to expand...

nah nah trust me, as your dealer I can say this is the kind of feedback I love. Detailed research is like crack to most of the people on the RPF(me included)

I am so happy you get me.

Introductory jokes aside, I began by creating the base with some blue foam and covering it with some oil-based clay. 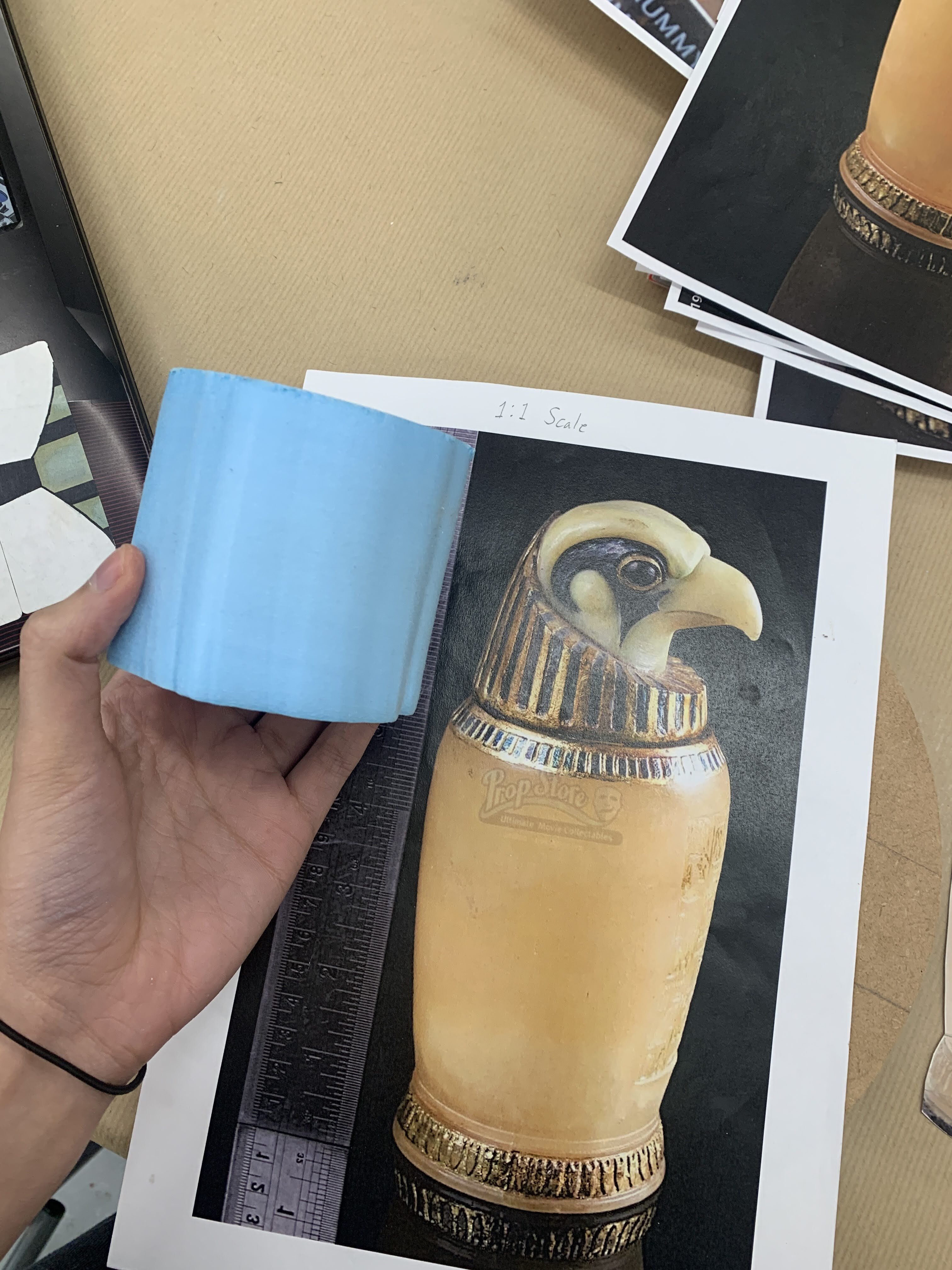 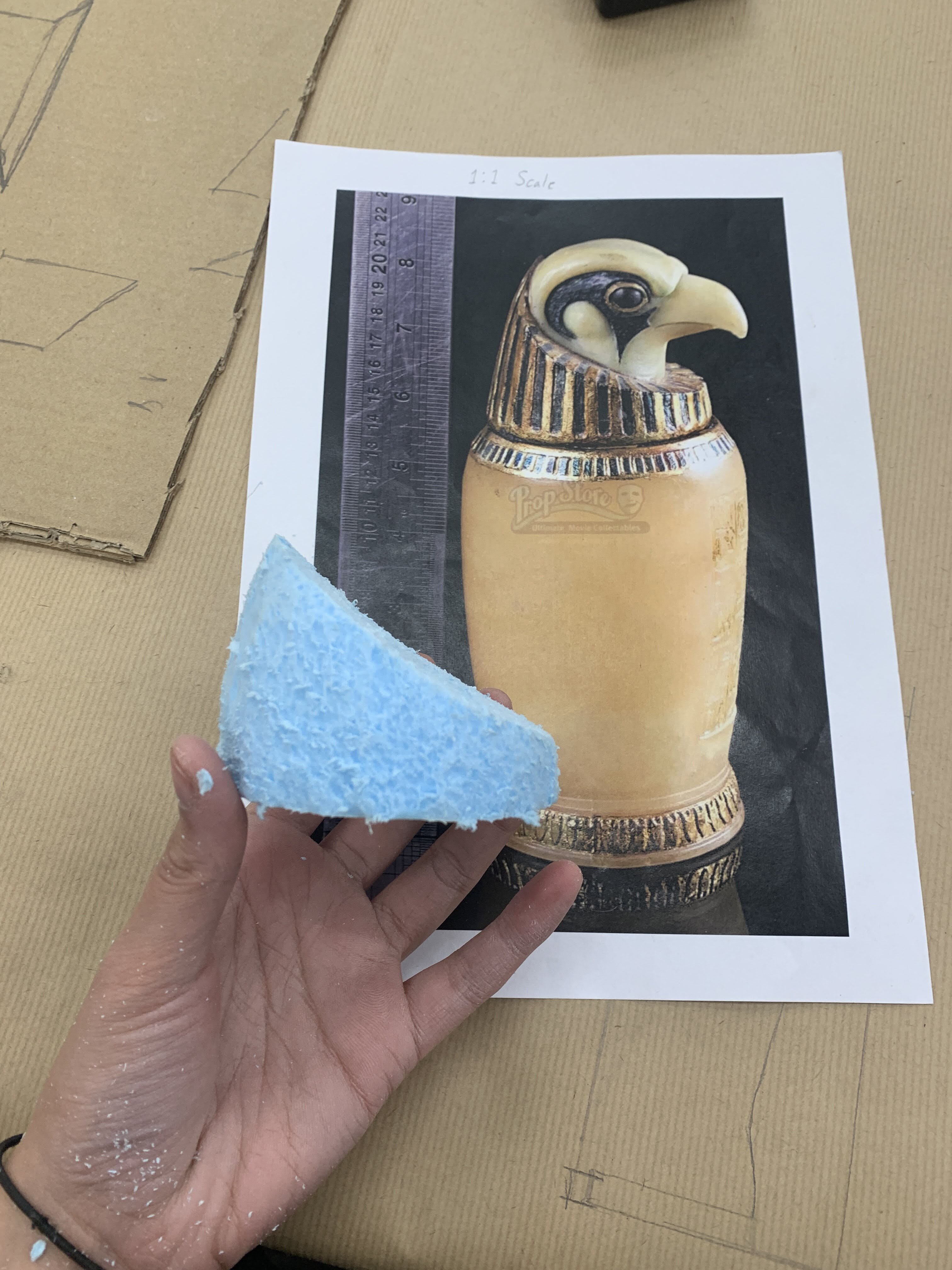 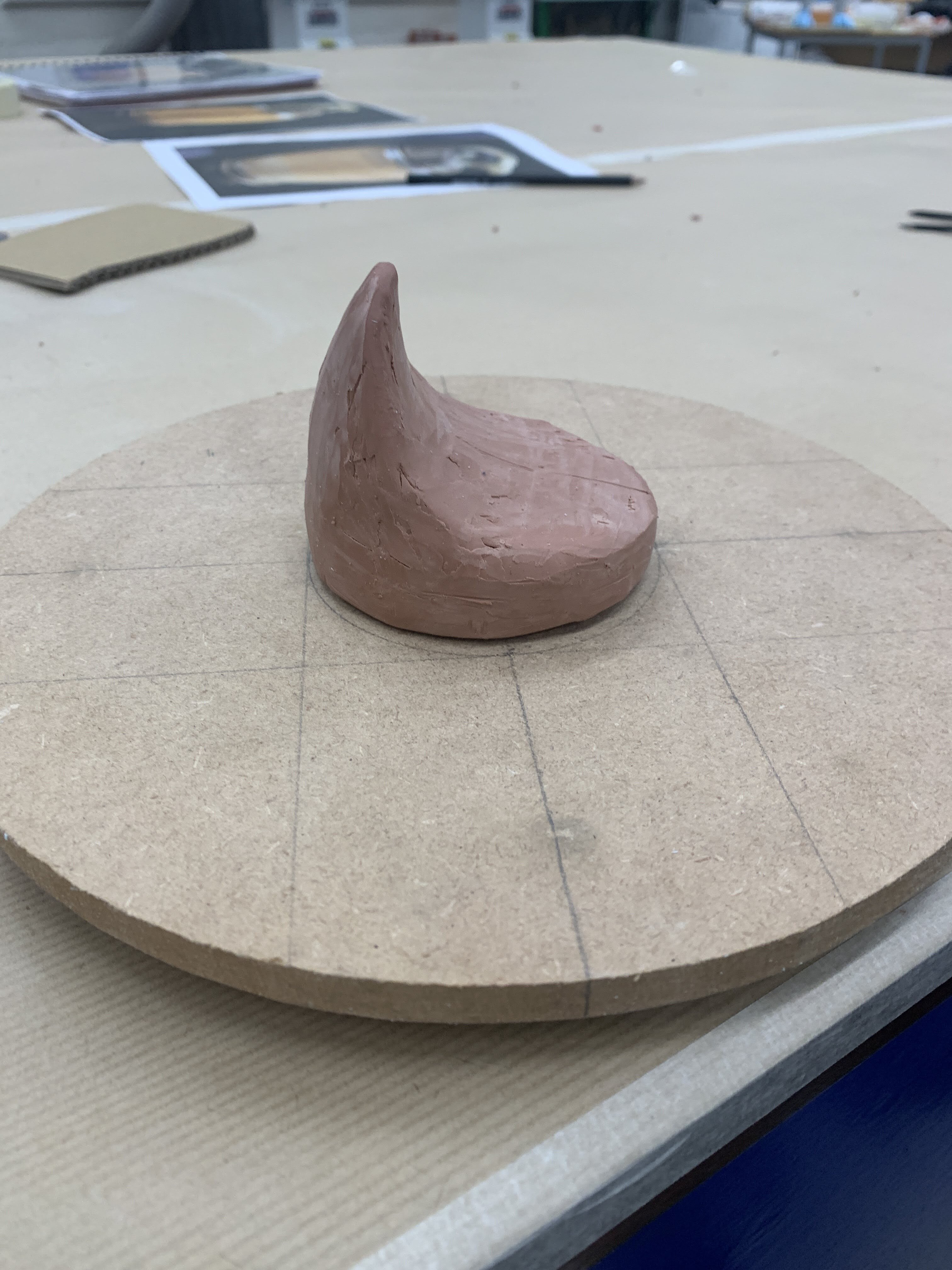 The same techniques were used for both bases. Two different bases were sculpted, they were both moulded but the lion base was copied 4 times. I chose to make resin copies of the bases so as to not ruin the geometric details whilst sculpting the heads.
To uphold symmetry, grid lines were drawn onto the bottom of the base. Wherever the grid touched the edge, the lines were brought upwards. This gave me equally spaced sections around the whole perimeter. These lines were used to measure both sides and to refine the curvature. 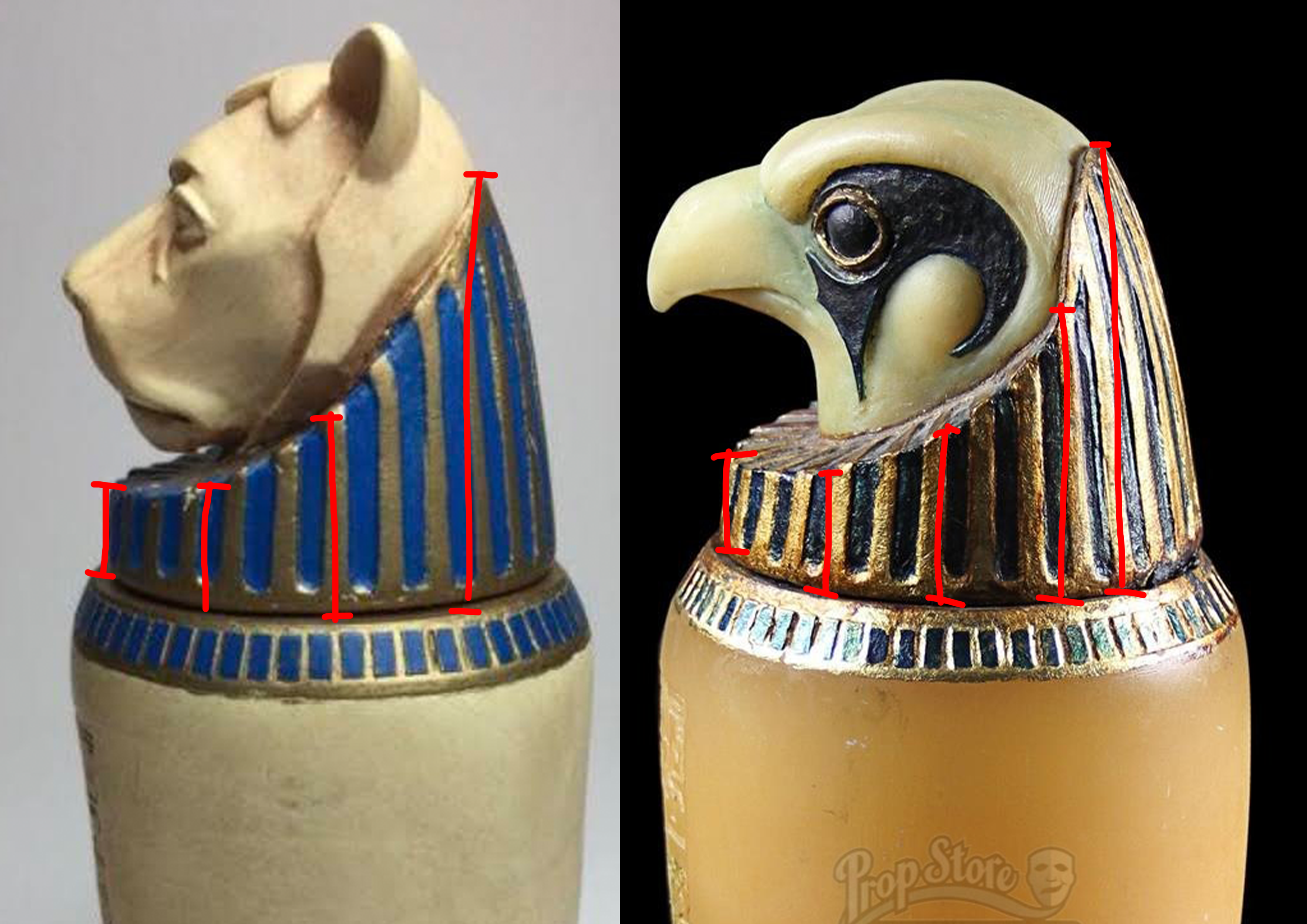 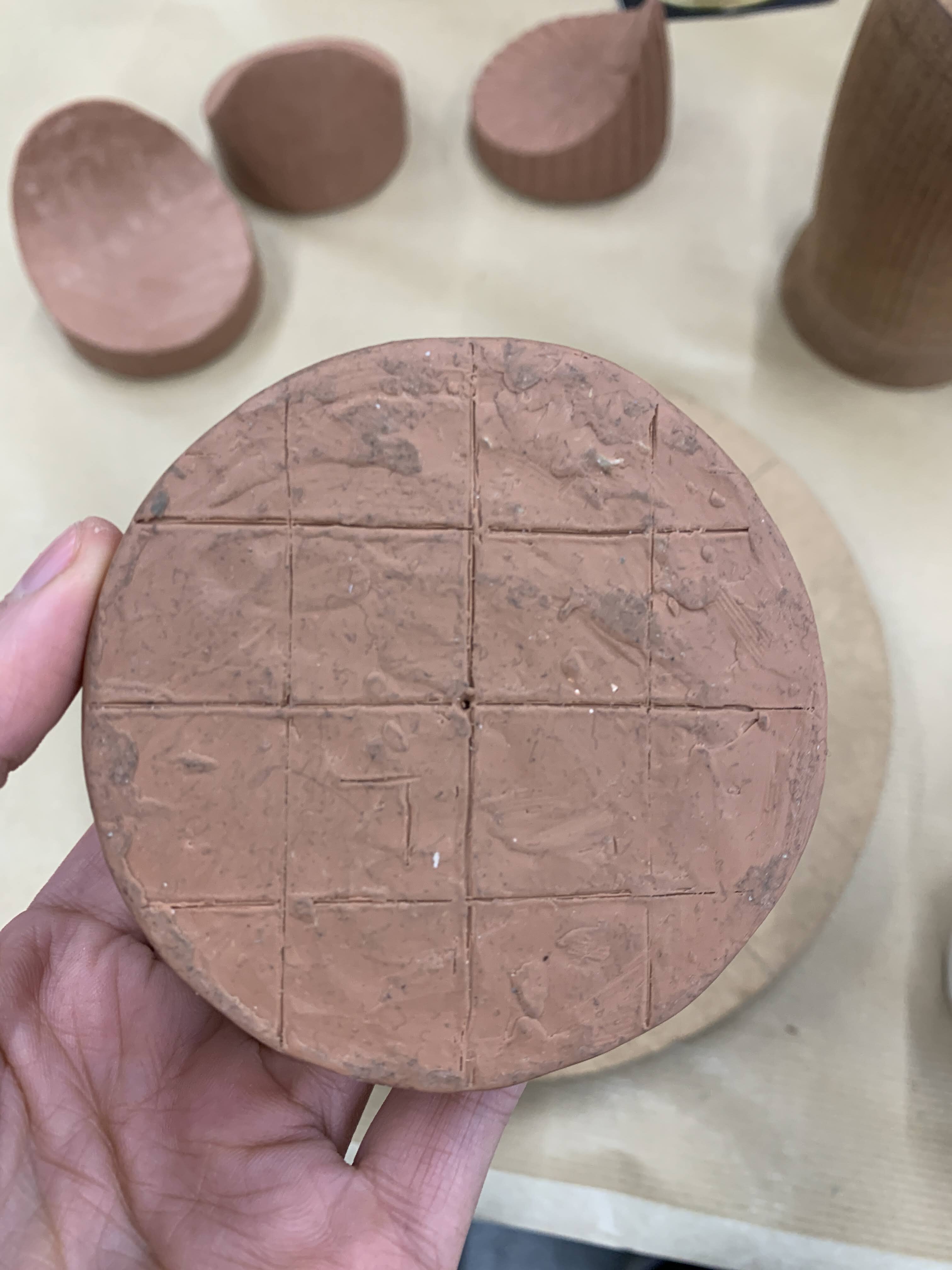 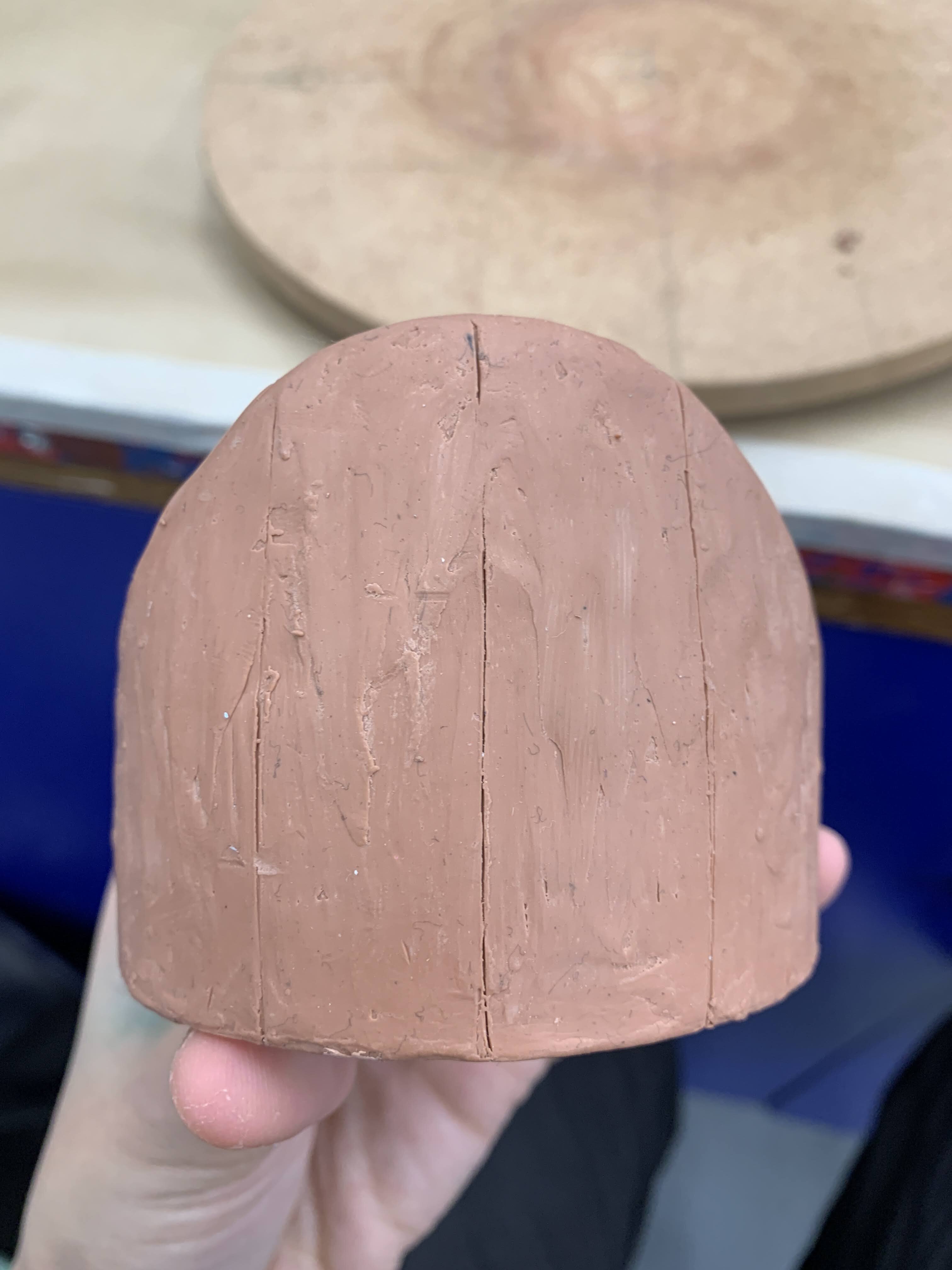 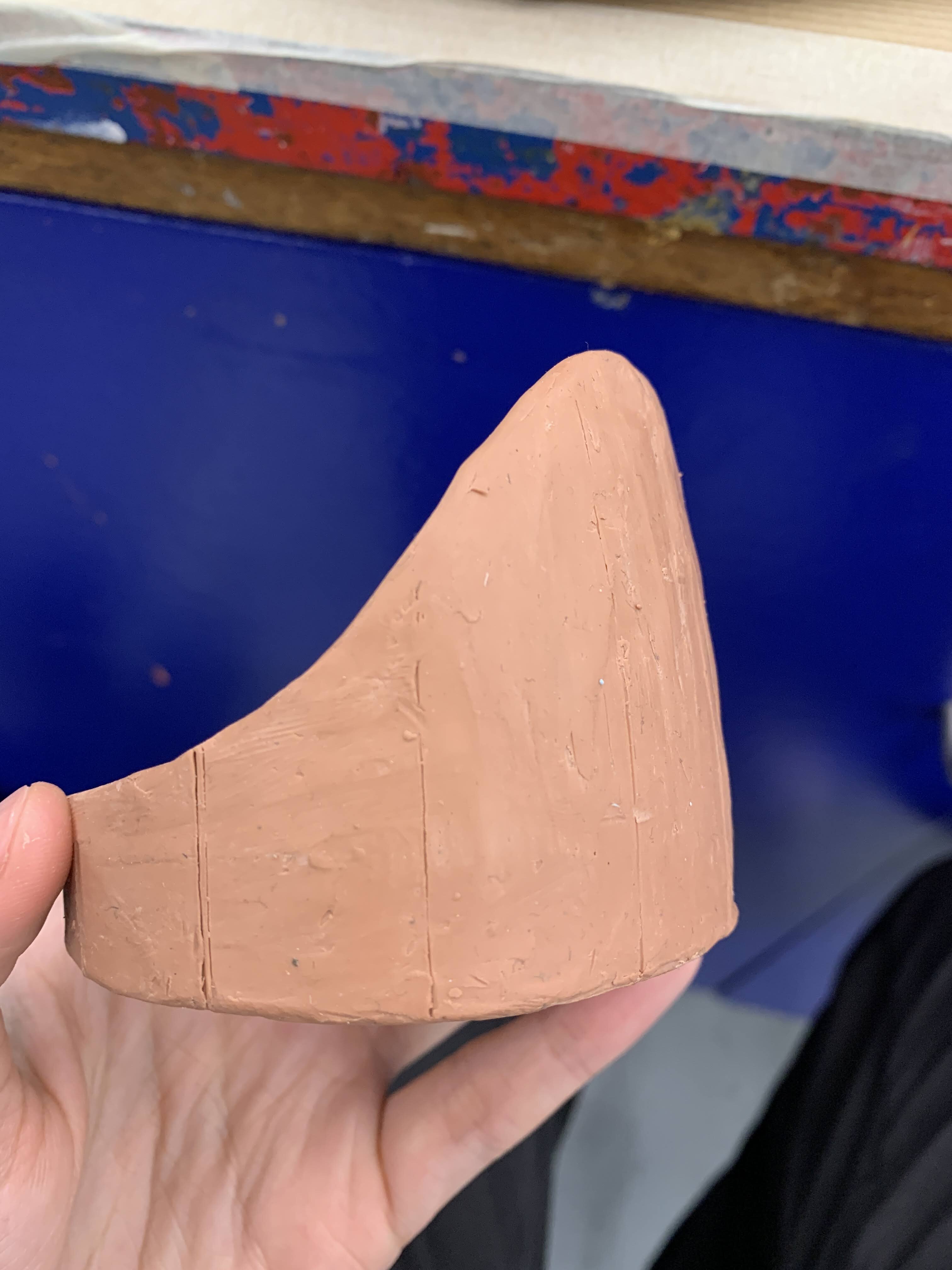 Once the final shape was sculpted, I proceeded to work on the recessed details. I determined from my scaled print of the jars the thickness of the recesses and the spacing between them. I marked this distance on the sculpt and was happy to find out that it matched the circumference perfectly. From there, I drew out the lines and cracked onto more...sculpting... 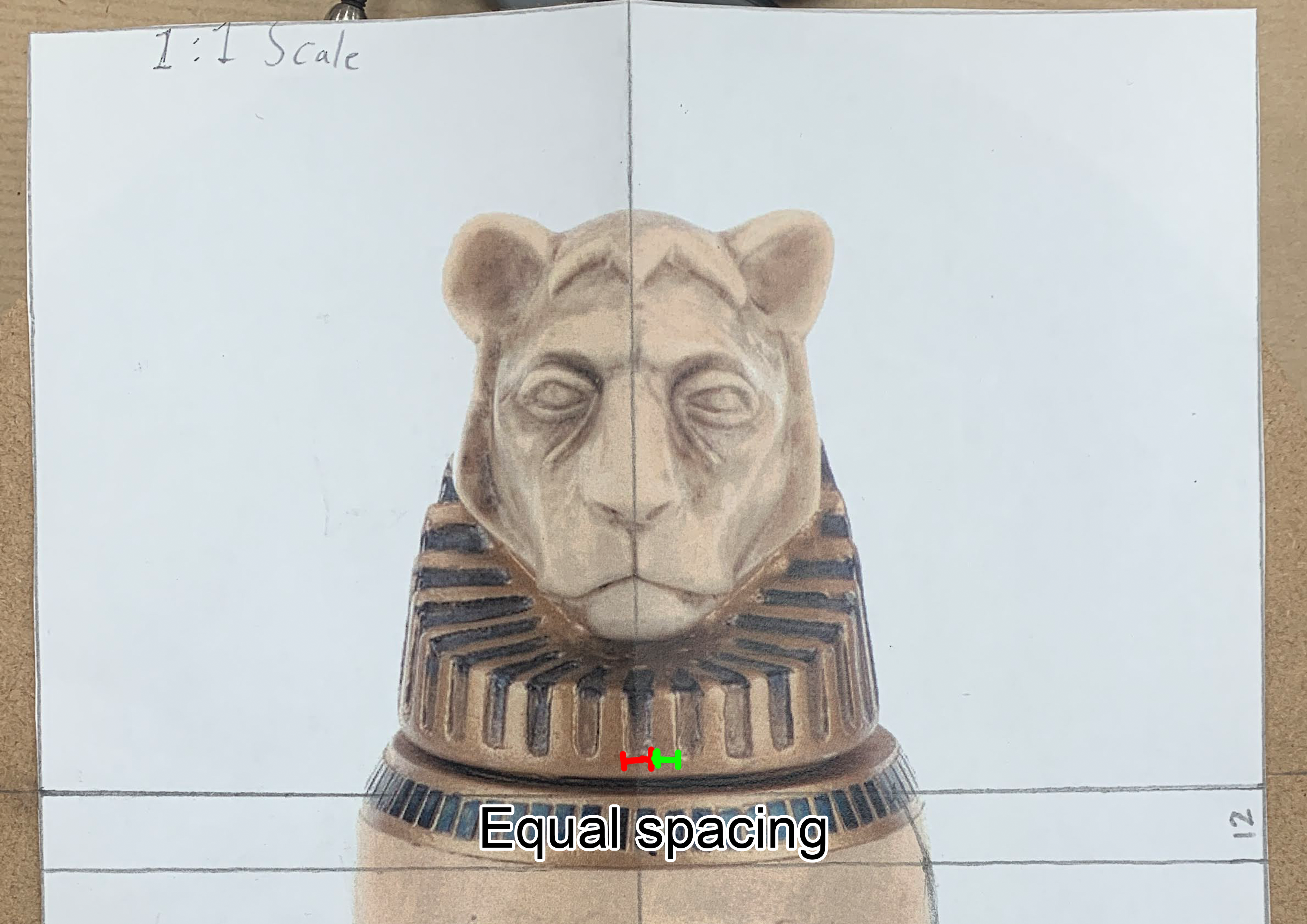 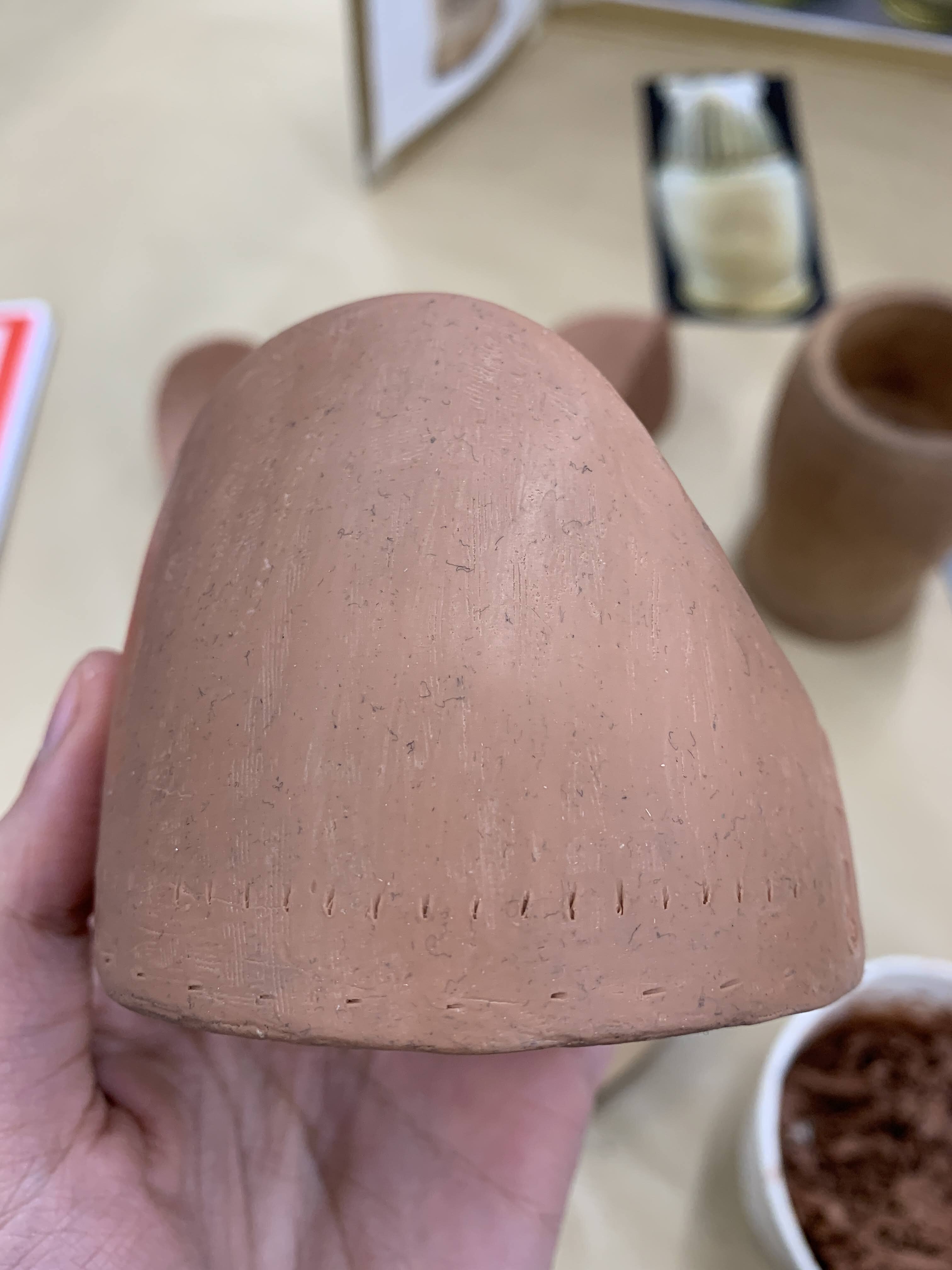 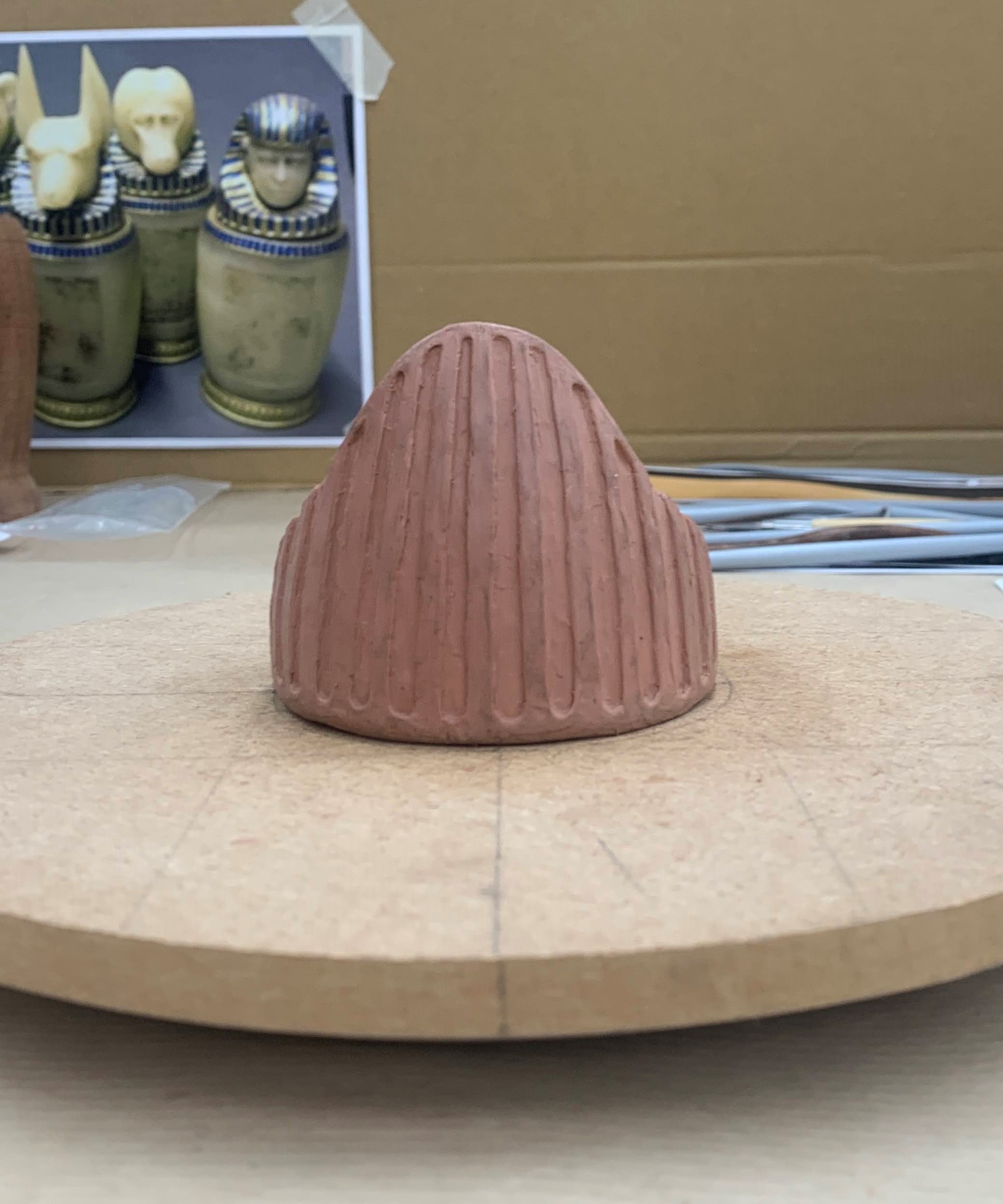 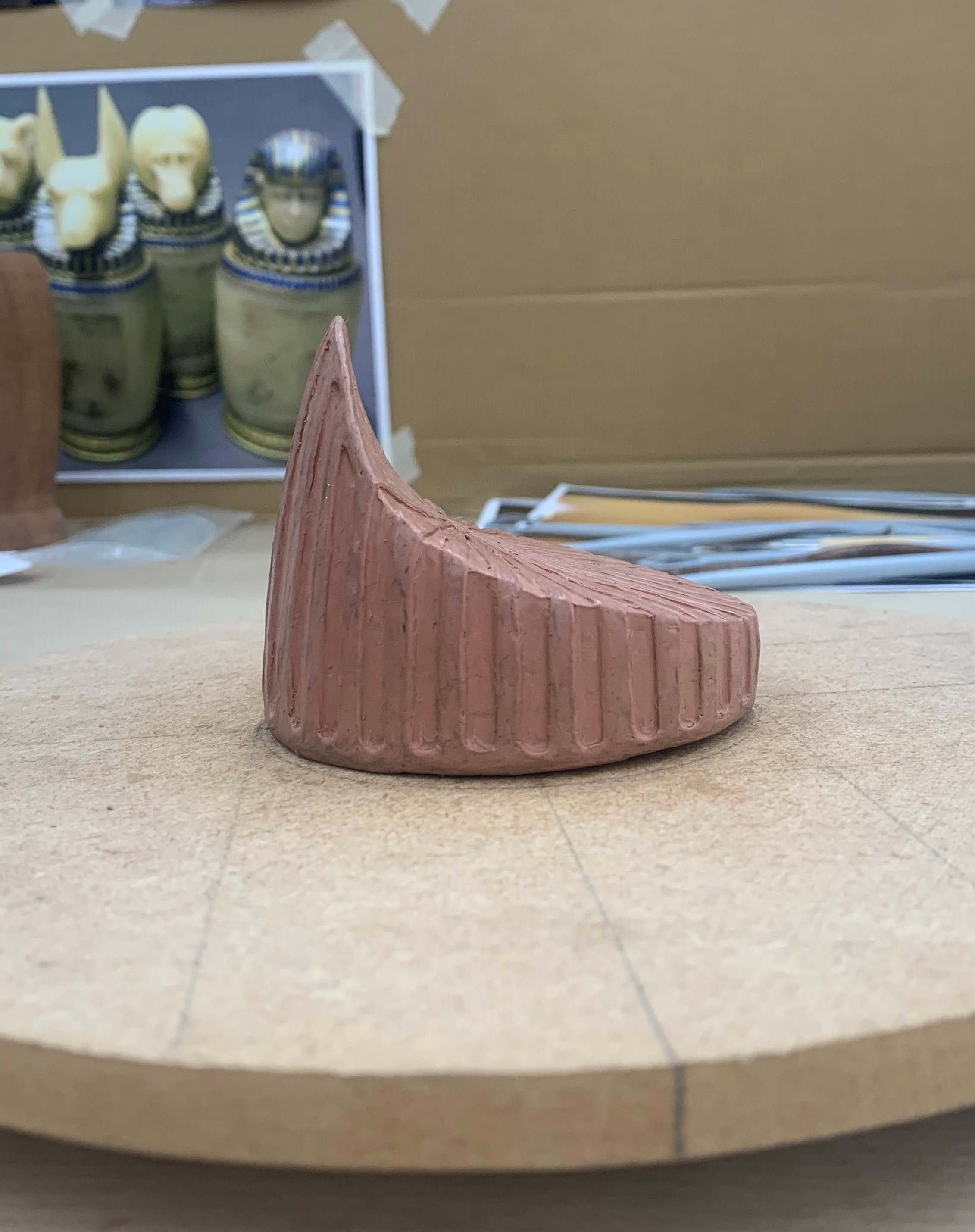 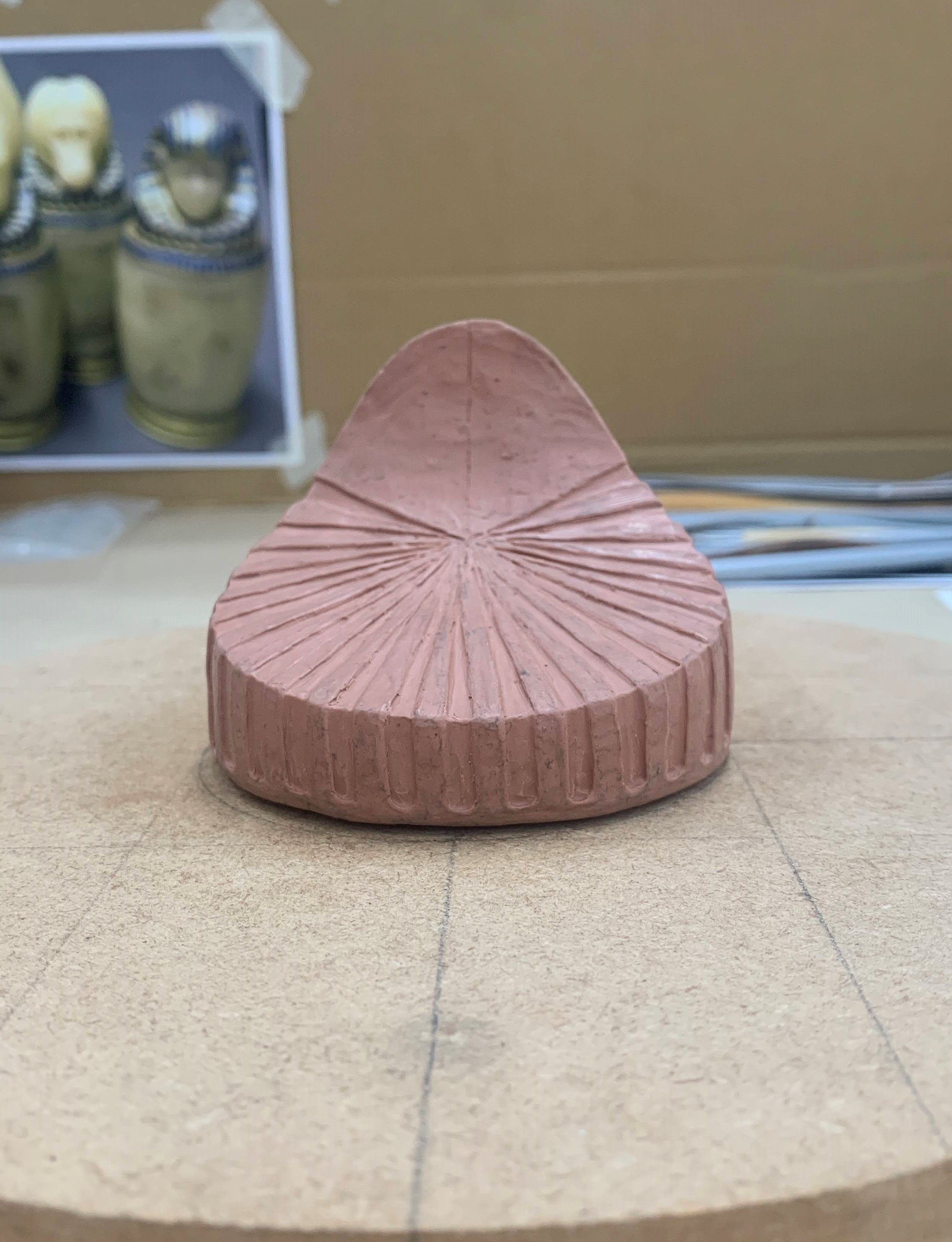 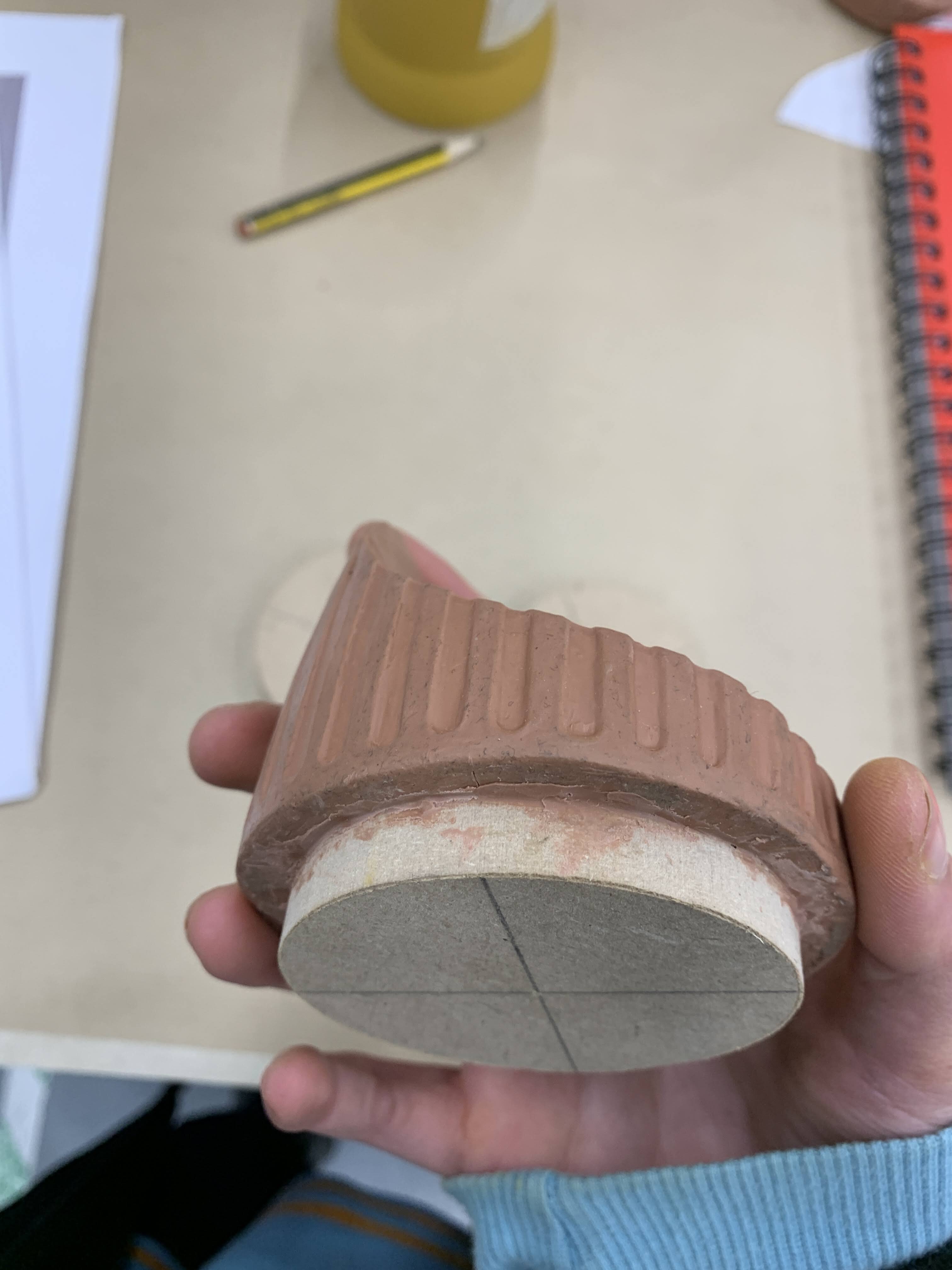 The next part was pretty simple. Dump Moulding the sculpts and casting copies. 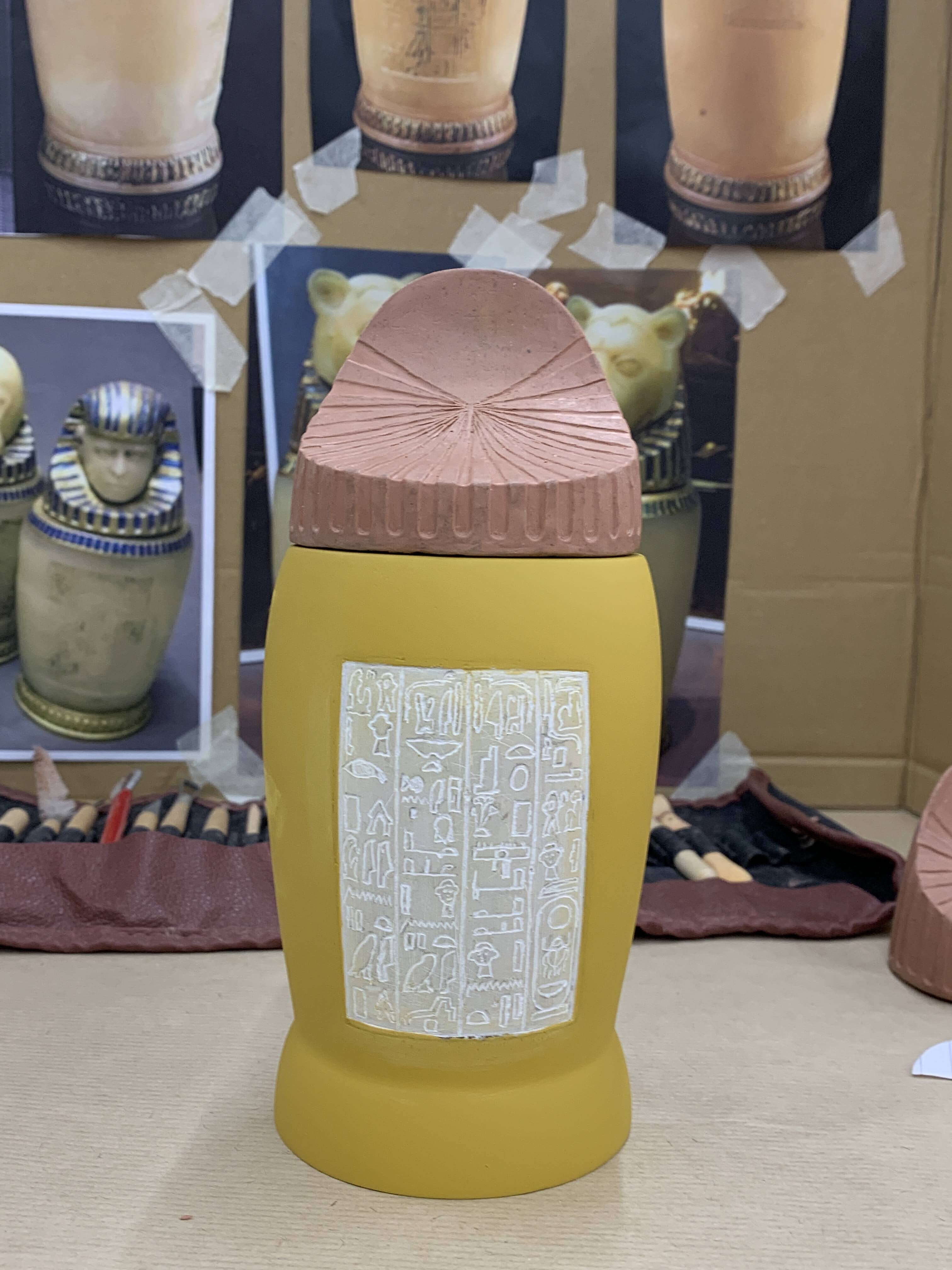 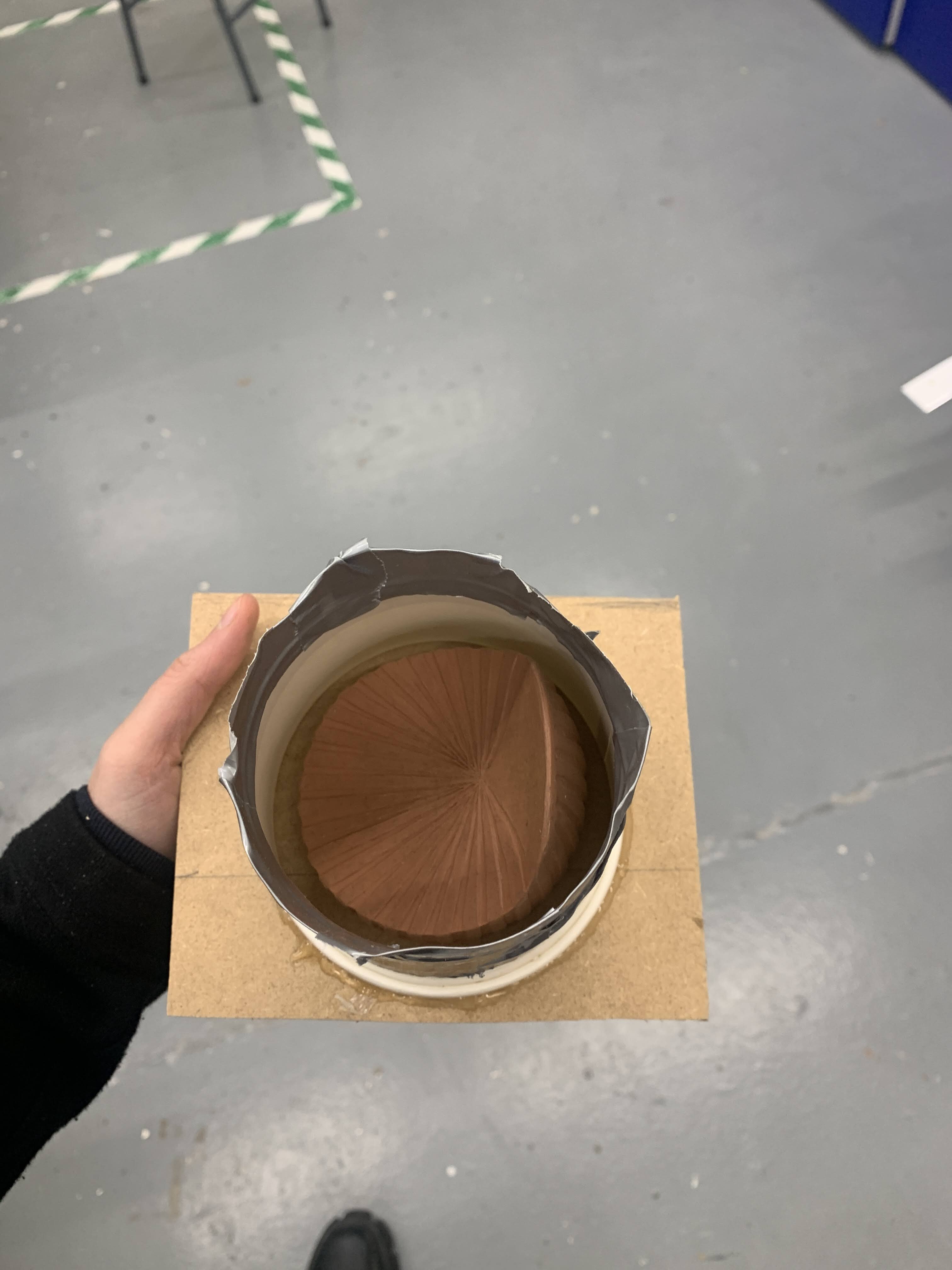 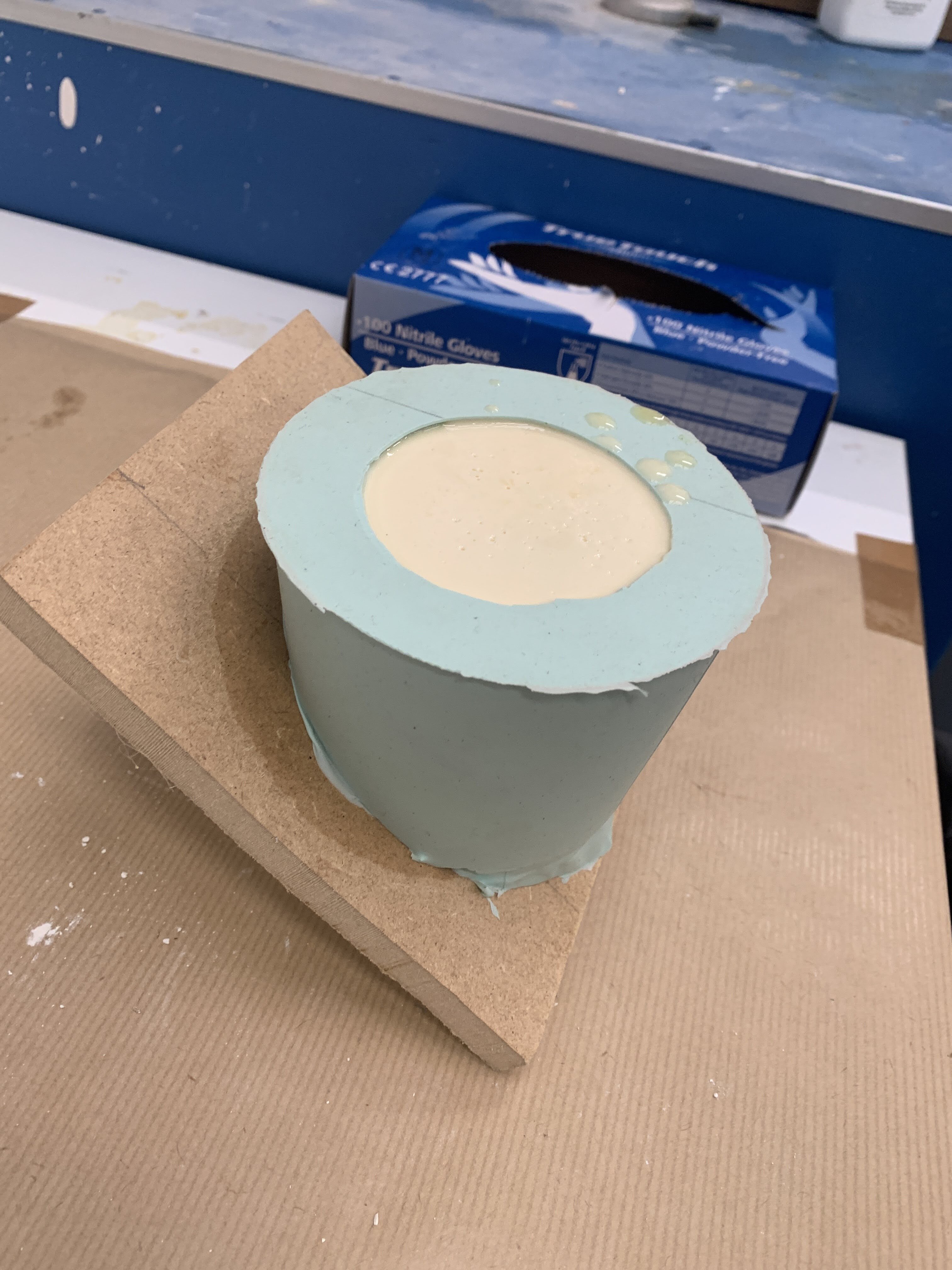 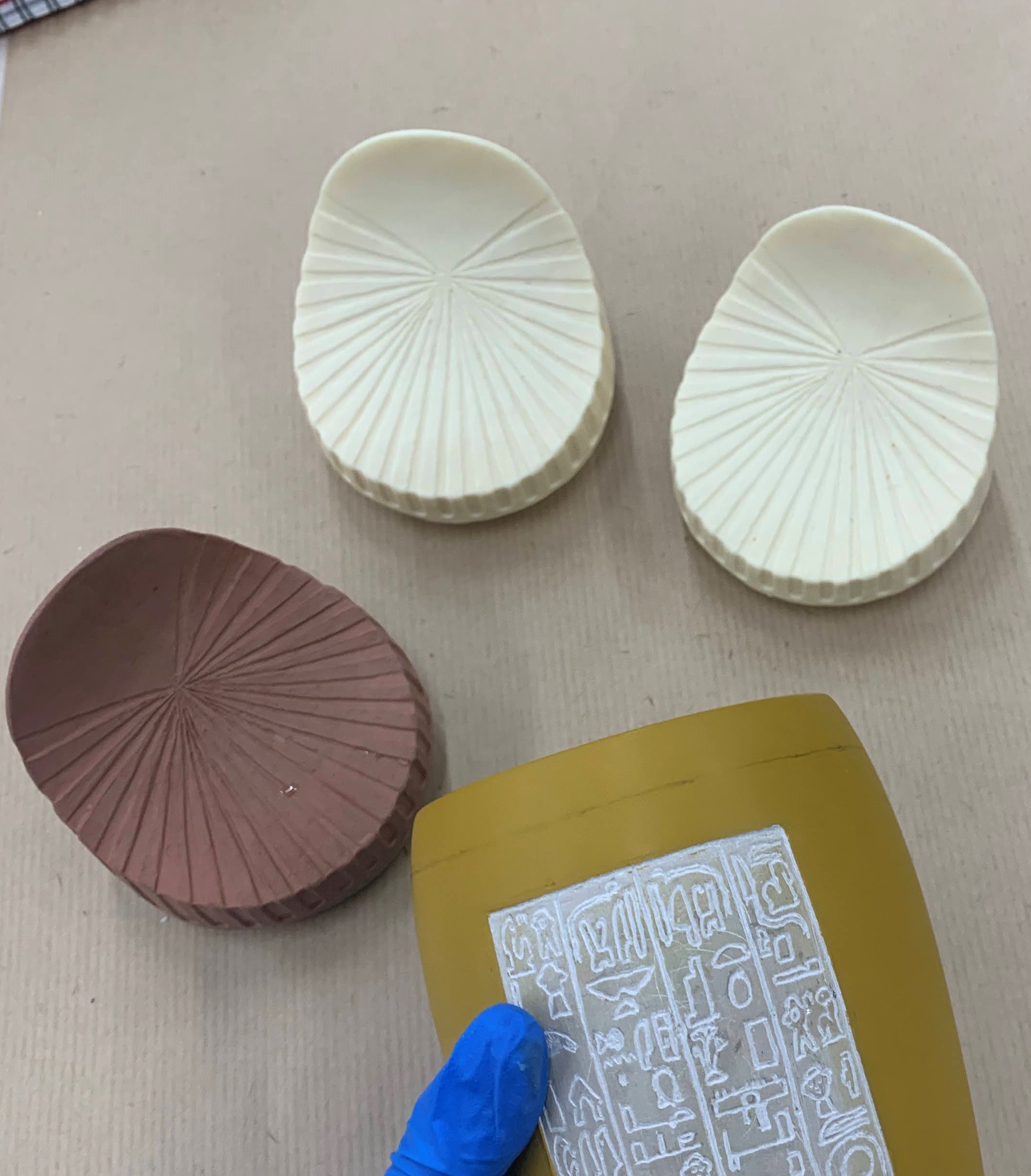 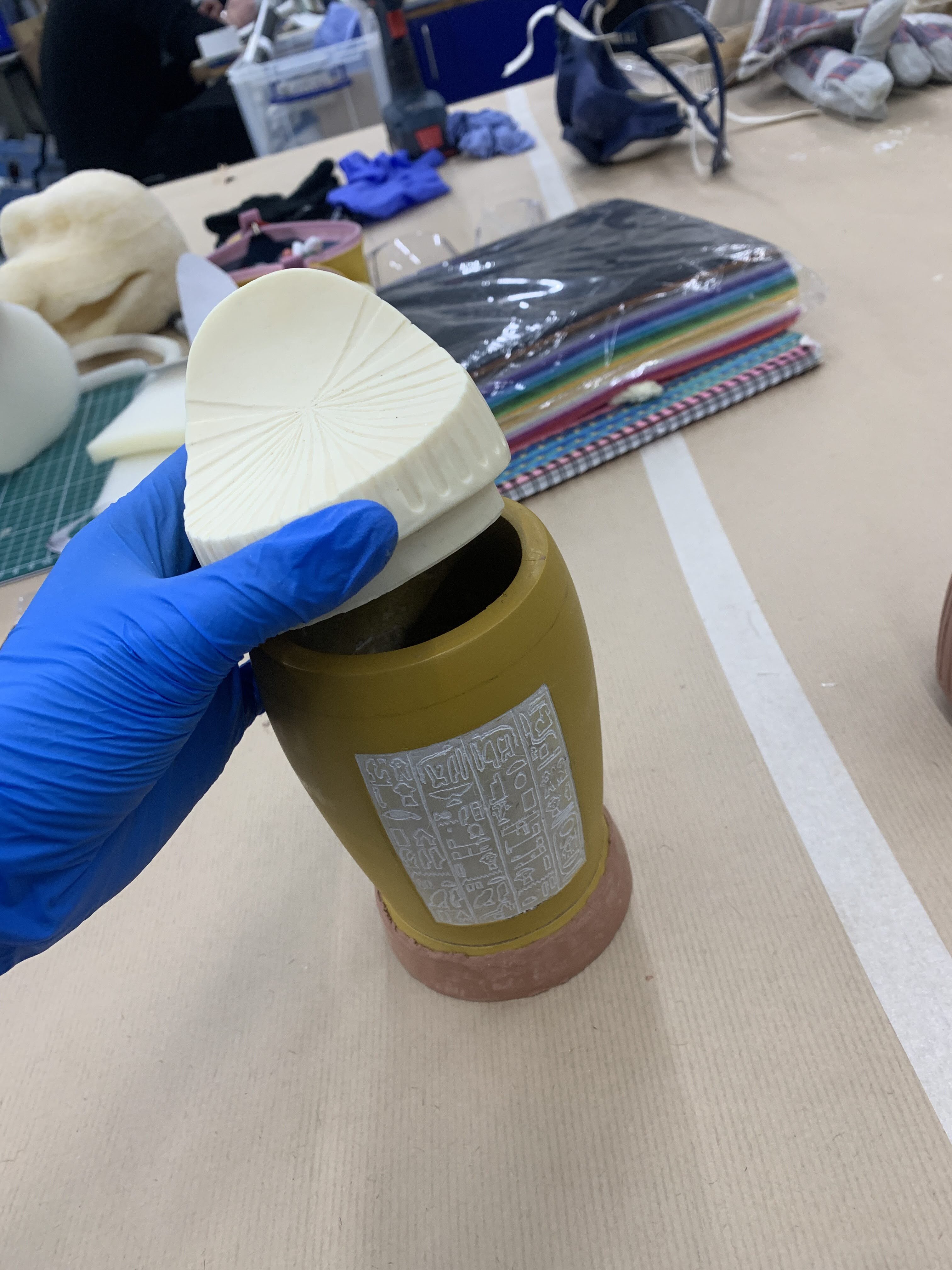 thanks for stopping by!

Man you have these down to a tee I watched the Mummy yesterday and the lids are basically the same on screen.

345Invasion said:
Man you have these down to a tee I watched the Mummy yesterday and the lids are basically the same on screen.
Click to expand...

Thank you so much, I really appreciate it! I saw that you're interested in the chest they come in too and I'm actually in the process of gathering some research material on that since I'm planning on building it after I get these jars done.

That would be amazing I mean the chest with the book and the jars is a long dream too see.

What did the boxes look like did it have everything in it?

It was just the box. 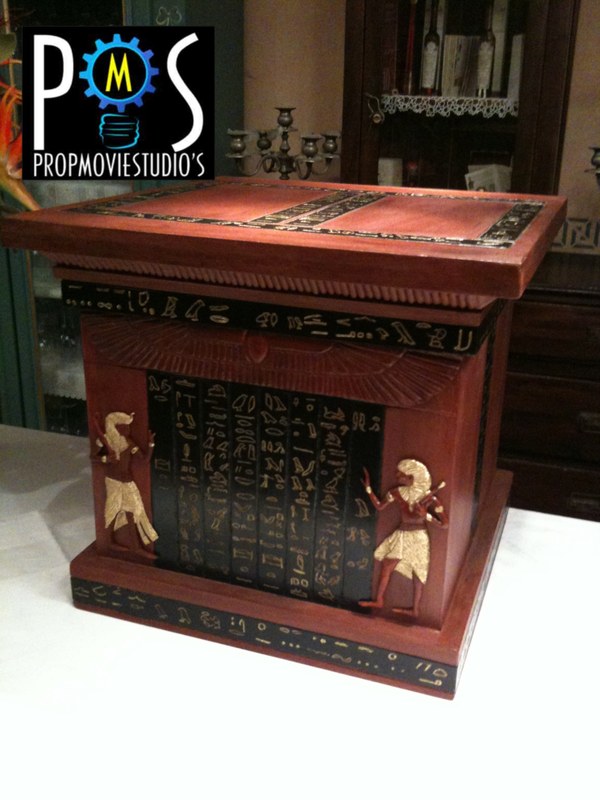 This is fantastic! Your attention to detail is amazing! I cant wait to see the finished product, and would be in for a run if you do one.

MTB said:
This is fantastic! Your attention to detail is amazing! I cant wait to see the finished product, and would be in for a run if you do one.
Click to expand...

What he said.
P

You are doing superb work. Consider doing 3d scans when you get them all done?

RPF PREMIUM MEMBER
I 3D modeled the jars, but yours are WAY more accurate than what I did. Nice Job!!!