Kketura said:
Over on the Loki Costuming Facebook page, someone that said they had been on set said her shirt was made of non stretch suede and that the stunt double had a stretch suede one. I don't think I have enough faith in my sewing skills to go for non stretch lol
Click to expand...

If it's the Loki's Army one, I think I saw that post, too. Ugh, I'm on the fence, maybe it was the princess seams/where her hidden breastfeeding zips were that allowed her to still be able to move in that thing? Might be easier to go with a stretch suede, yeah, and it would still LOOK accurate.

SaphyreDaze said:
omg ty so much for this wow!


There's a lot but I have only found 1 that was actually somewhat accurate and even that one wasn't perfect. People really rushed it without looking at the details. So many of them have the middle piece inset instead of layered out.


THAT'S WHAT THOSE STRINGS ON HER BACK ARE!!! They've been driving me nuts. There's a set kind of between her shoulder blades and then some lower down towards the bottom. LKDFHldsakjfjkalds that makes so much sense.


It's definitely matte. Honestly a heavy (possibly stretch) cotton could work to make it easier to move in. None of the photos I've seen comes off as suede to me. Maybe a very fine microsuede?


My guess is its garment leather over a base and some sort of adhesive is used? I'm not super familiar with leather working so I'm not 100% but that's essentially what I'm going to do. I actually thrifted a very large leather jacket to do so.

This is essentially what my plan was as well.

Oh it's so nice to see that someone was able to get it and try it. Definitely going to pick it up myself! They're SO close!
Click to expand...

As far as the strings on the back, I WISH they were for the cloak ties, but I don't think so. The back strings look a lot skinnier than the black ties at her shoulders in the screenshots - the cloak ties look almost like seatbelt webbing, and are probably attached to the back of the cloak. That's my theory, anyway. Those back strings though? I'm going to hate them later when I make my vest too :C

timetoparquet said:
This is a deep dive: has anyone managed to get any high-rez / super clear shots / screen grabs of the Rombaut boots as worn in the show? My achin' brain needs to know for sure if the screen-worn boots are made of bits of various materials OR if they are totally made of smooth vegan leather. (Loooong story.) Danke!

OH: and the metallic paint / details on the soles: is it gold or is it silver? Did anyone add that detail to their boots / thoughts / tips?
Click to expand...

YES Someone else noticed the soles! They ARE gold! This just gave me an excuse to take more screenshots. I have a white pair of Rombauts coming in the mail I'll be painting black, and I was going to do the soles, too! I'll include what I grabbed, though not too high-res unfortunately. Wish I was good at editing photos. It's hell trying to discern colors with all the lighting-painting they did, but they seem to be consistently a goldish color on Lamentis and in the TVA, so that's what I'm going to do, and it would match the bits of gold she has on the vest. Probably gonna use the same paint, haha. Seems like it's on all the concave parts of the sole, with maybe some of the gold in the channels visible from the side?

Hey all! I wanted to point out something that I wasn't sure many people noticed.
Sylvie has 2 buttons or fabric loops? on the back that I think hold her armor to her pants? Or maybe they hold her belt in place? You can only see them in the episode they see the "TImekeepers" because she's missing the belt that holds her sword.

I included some other screens that show her belt too. I'm trying to see how the sword belt connects to the top one. Snaps? Maybe they don't connect at all? I can't tell... Does anyone have any better screens of the belt details? They're so hard to get good shots of lol 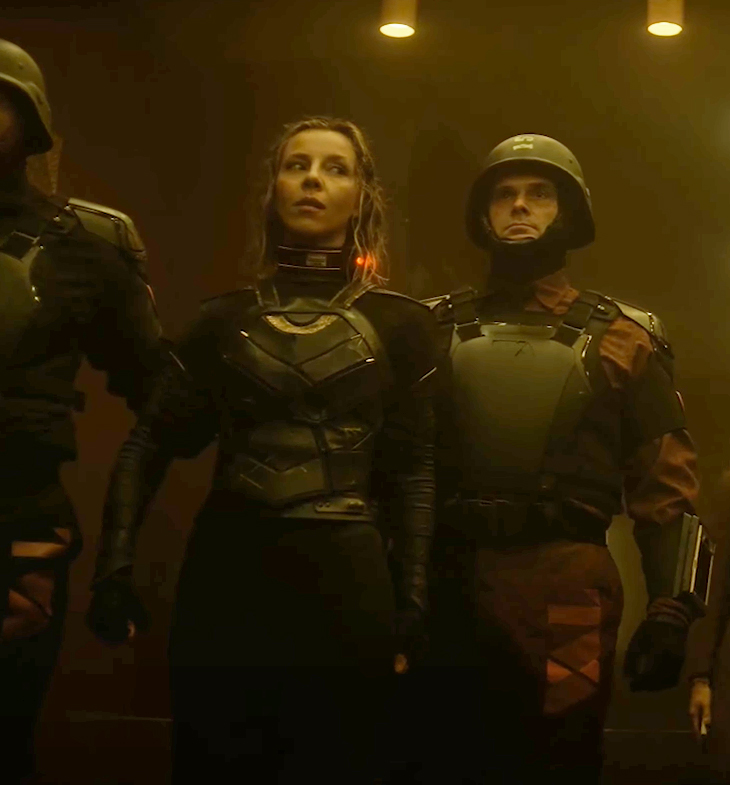 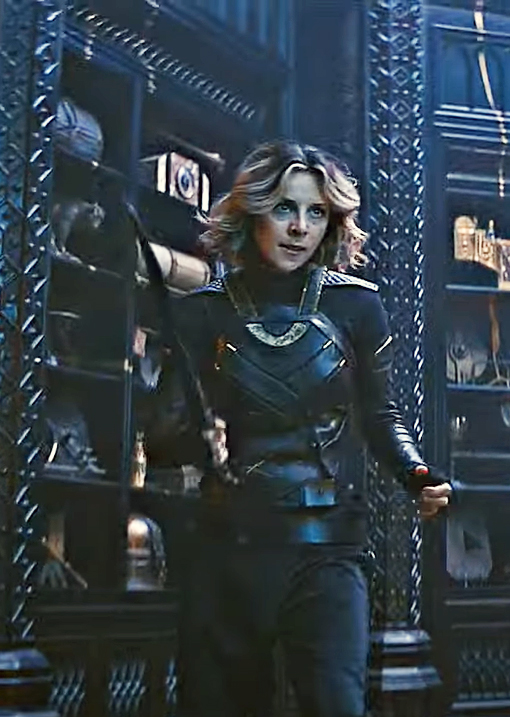 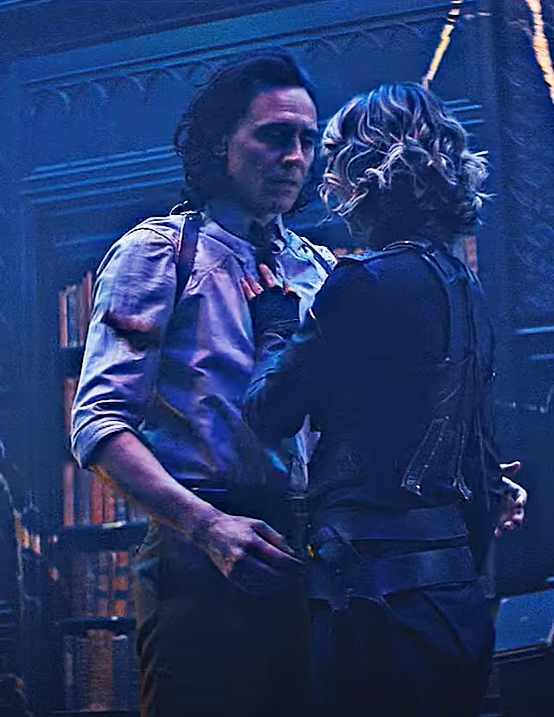 Yesterday at 8:43 PM
Alcblueyes
A