I love seeing all the kids in their battle gear, this is a make or break point for the series. They cannot come out of this season with a full roster, somebody has to die after all this time.

RPF PREMIUM MEMBER
I don't want any of them to die, but if it serves the story best I can go along with it. I have a feeling Steve won't make it. He wasn't supposed to make it past the first season. It would be heartbreaking, but if it's done well I can get behind it.

I feel like Eddie and Steve have complimentary arcs that lead me to believe Steve will die by the end. Eddie is learning how to be a hero, and Steve is a little aimless and finding himself somewhat distanced/obsolete from his core people.

It would be fitting that Steve dies in a heroic act of “babysitting”, and Eddie picks up the slack and tries to live up to Steve’s example in the long run.

I personally suspect Will's painting, the one he did for Mike, has a vital clue to stopping Vecna without him realizing it.

RPF PREMIUM MEMBER
Only posted once in this thread. I was a Johnny-come-lately watching seasons 1&2 in a week sometime in late 2018, then season 3 when it dropped. Was turned onto it by my son who was in middle school at the time and into major 80’s nostalgia.(yes I am embarrassed that he had to insist we watch it)

I was the same age as the kids in the show in 83 and it was a different time. They captured that beautifully. I loved season one and 2. ET, Stand by me, Goonies, The Thing vibes everywhere. Love it.

On season 3. There seems to be some dislike for it. For me man it hit home hard. My town had a giant mall built in 86. It was controversial (putting some small local biz out of biz). It was the place to be and all the mall vibes were so on point to what I remember as 13/14 year old.
Throw in the Russians that fill the Cold War stuff that was happening ( real world and movies) amd I might be in the minority of liking season 3 almost the best. Yeah it got campy and self referential but that WAS the 80’s. For me it captured a moment in time perfectly and I gladly suspended disbelief for the ride. The New Coke/ The Thing comparison and Back to the Future : icing on the cake.

At first I thought using Peter Gabriel’s perfect rendition of Hero’s a second time in the series was cheesy, but combine it with 11 reading Hoppers letter ( with Harbour reading it in voice over) and all the kids saying goodbye it was brutal in a beautiful way. Could have ended there happily.

Sorry for the long post but 2 episodes into season 4 and loving it. (The skating rink vibe/songs/dj were all spot on) Looking forward to the rest!!
Last edited: Jun 26, 2022

After I watched season 4, I decided to watch it all again from the beginning.
Mostly I've had it on in the background while doing other things, but I gotta say, I just finished season 3, and the s3 finale...
I had to sit down and watch. It drew me in like a magnet. That last episode of s3 is some damn good television.

Axlotl said:
After I watched season 4, I decided to watch it all again from the beginning.
Mostly I've had it on in the background while doing other things, but I gotta say, I just finished season 3, and the s3 finale...
I had to sit down and watch. It drew me in like a magnet. That last episode of s3 is some damn good television.
Click to expand...

You do know that S4 isn't over yet, right?

Cephus said:
You do know that S4 isn't over yet, right?
Click to expand...

Yah, I know. I want to watch the first part of s4 again before the second part drops, and figured I may as well watch it all from the beginning again. 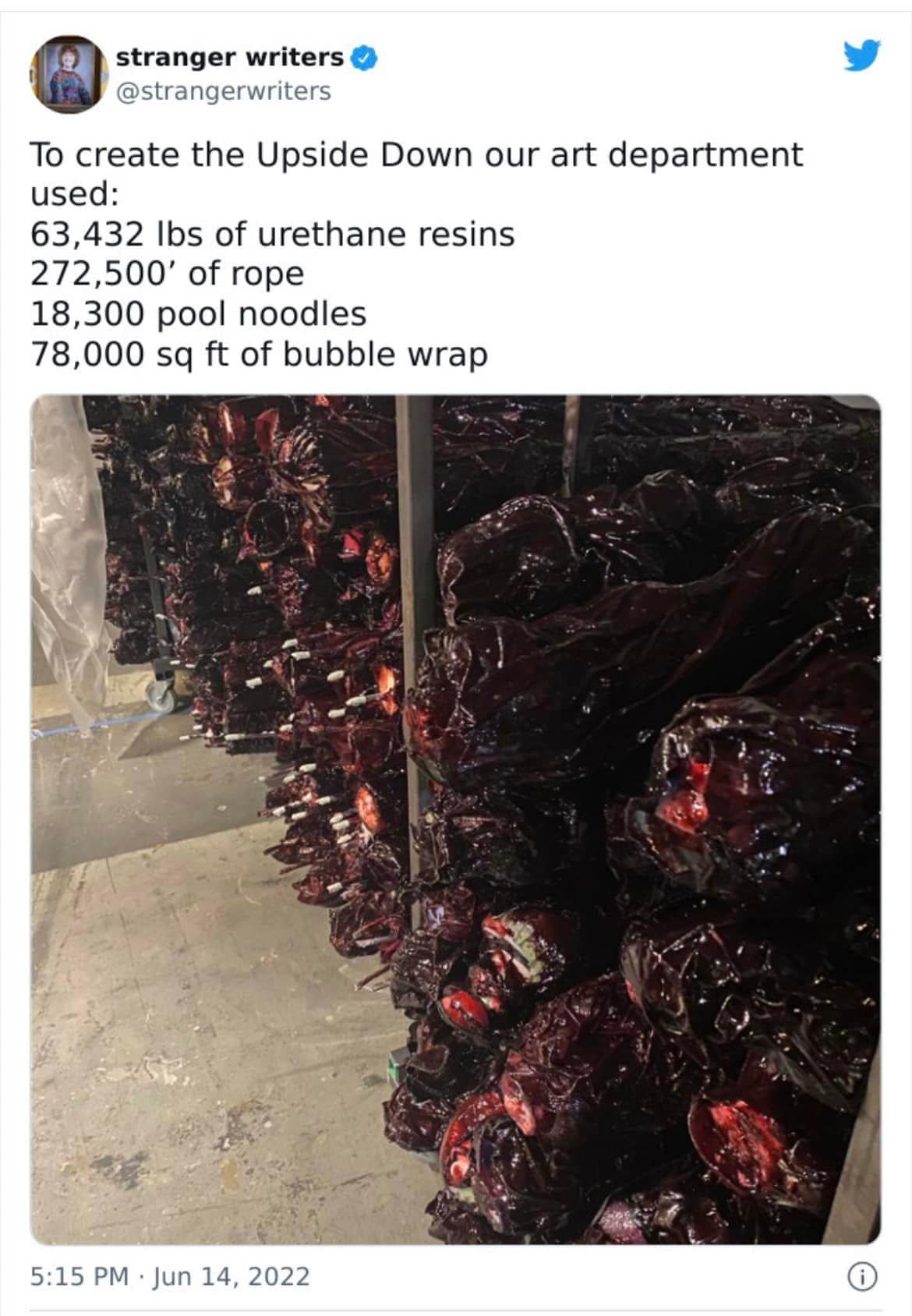 RPF PREMIUM MEMBER
I found the whole Vecna plot this season to feel very shoehorned into the overall narrative of the series and a bit of a let down. I will watch the two episode finale this weekend to see how this series ends which will very likely be some kind of cliffhanger for series 5 but I'm not as excited about Stranger Things as I used to be, season 1 was peak Stranger Things, series 2 had that sort of pointless side plot with the other kids that went nowhere, series 3 was good and series 4 has had good bits but Vecna seems to be an after thought that detracts from the show for me.
Let's see how series 4 ends, fingers crossed.

RPF PREMIUM MEMBER
Just finished eps 8 and 9. Incredibly good and a great setup for the final season. Can't wait! Even though we're going to have to.

It was so good, but I cried SO MUCH!

RPF PREMIUM MEMBER
Total emotional rollercoaster. I literally have not cried that hard watching a show or movie in years.

I think the highlight for me as far as overall emotion was the MoP sequence. I’ve never liked that song more than I did during that episode.

Where are they getting power from when they are in the upside down? How is that electric guitar playing?

And I'm pretty sure bug zappers in the 80s didn't run on batteries.

But yeah, the show is great!

Yah, there's lots of things I could nitpick, but overall it was pretty great. Best season since the first.

How 'bout that Conan sword?!!

I feel like some people lived who shouldn’t have, and vise versa. Also think this season should have been the end, much as I love all these kids and characters.

RPF PREMIUM MEMBER
So yeah I guess they completely did away with the upside down making you sick thing.

And man, could they let Will be happy for once?

Laspector said:
Where are they getting power from when they are in the upside down? How is that electric guitar playing?

And I'm pretty sure bug zappers in the 80s didn't run on batteries.

But yeah, the show is great!
Click to expand...

I'm pretty sure we've seen electricity in the Upside Down prior to this...