Kylash said:
I mean I get that cast of kids was like lightning in a bottle and it is hard to say goodbye to them,but it feels like it would have been better if season 1 was their only story. It feels like theyve been rehashing the same stuff since the first season. Going to a different cast and a different town and different weird thing would have kept each season fresh, and been unlimited. Maybe the next season would be about a bigfoot, or aliens, or who knows what.
Click to expand...

That sounds like Eerie Indiana..
That was a cool show back in what the mid 90s ?

Halliwax said:
Maybe I basis because it reminds me of when I was a kid in a small town with small government..

Wish a alien crash landed here.. most action we get is the local farms big brown cow getting loose and running down the highway..
Click to expand...

If it was on Fire you could blame those darn Aliens!

These runtimes are insane!! Episodes 8 & 9 are just 2 movies!

RPF PREMIUM MEMBER
Disregard, I had missed the post with the release schedule and runtimes.

Forget Kenobi! I can't wait for this!!!!

Same here! My excitement for ST4 is twice that of Kenobi. Surprised I'm less excited about a Star Wars thing, but here I am.

I rewatched s3 last week for the first time since it came out and I'd forgotten just how much I loved it. It was much funnier than I remembered, and even though I knew Hop doesn't die, I still cried my eyes out for the last 20 minutes of that finale. The Duffer brothers really know how to write a good show! Counting down the minutes to be back with the Hawkins gang again and to see what happens next!!

RPF PREMIUM MEMBER
I just adore these characters and this story. I'm so excited to revisit them again! 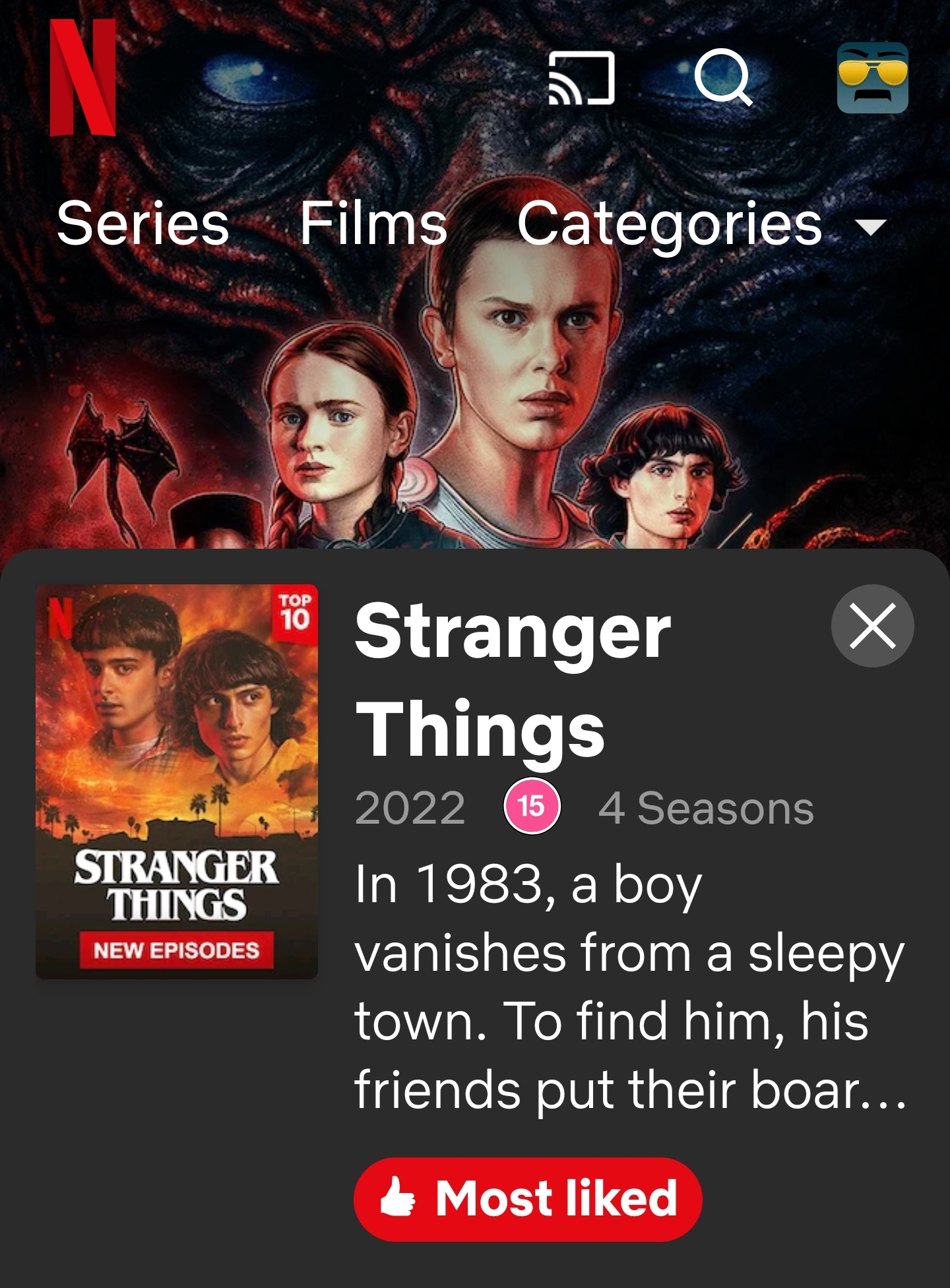 RPF PREMIUM MEMBER
Dang! Halfway through the episodes and this is great!

RPF PREMIUM MEMBER
We are into the third episode. Man was this worth the wait!!! I'm loving it. Absolutely loving it.

I’ve finished this volume. Damn. Gotta wait a month for the next one.

SO good! I wasn't sure where this was going at first, or where it fit in the larger mythology, but I'm very pleased and am very much looking forward to the conclusion!

Been through the first 3 episodes so far (geez, they're all long!) and it's great. Definitely worth the wait.

RPF PREMIUM MEMBER
I’m only 3 episodes in, have zero time for myself but man

Are the first 3 episodes sad…

I find myself actually choking up at times..

And this series is graphic and dark! Holy hell!

RPF PREMIUM MEMBER
Just finished! If you watch the preview for volume 2…


, you see the Russians have examples of all the bad stuff from the upside down. Given this started in March 1986, I don’t think it’s a coincidence they’ve based this around the April 26, 1986 Chernobyl explosion. Gonna bet volume 2 has them blowing up the Russian base where this stuff is and that’s Chernobyl."]

RPF PREMIUM MEMBER
I think I knew this was my favorite season about halfway through the first episode.

The grounded emotionality of the first two seasons plus the hightened 80's aesthetic of the third season makes for a home run of a fourth season.

RPF PREMIUM MEMBER
I just finished volume one. What a ride! I'm just floored by the writing. The acting. This was worth 3 years of waiting. I'm just over the moon excited to see volume 2. The characters in this show are so well established and despite the run time of this volume with each episode amounting to a feature length film I still feel like there is zero waste. Every scene feels necessary and important. I don't know how well I can fully express how much I love this show. Bravo Duffer Brothers and crew. You've blown me away!