Out of the theatre. Im pretty certain the brickpattern is scalled. Doc ocks jackdt was also torn for his tentacles

Really curious how they’ll bring the new suit to life. I wonder if the webs will be a part of the red pattern?

Cleaner shot of the new suit from a TV Spot

RPF PREMIUM MEMBER
It's not the best. But here's my contribution. 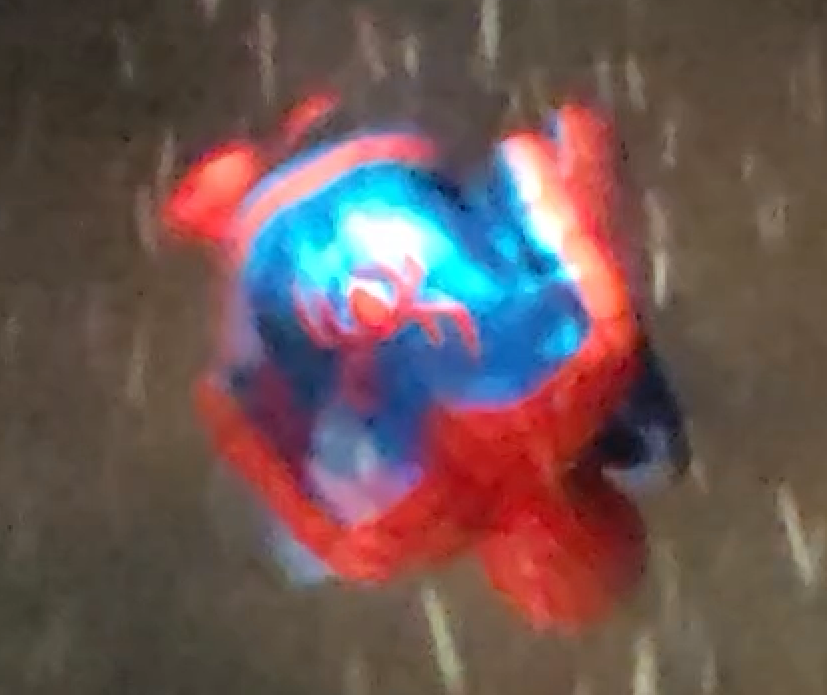 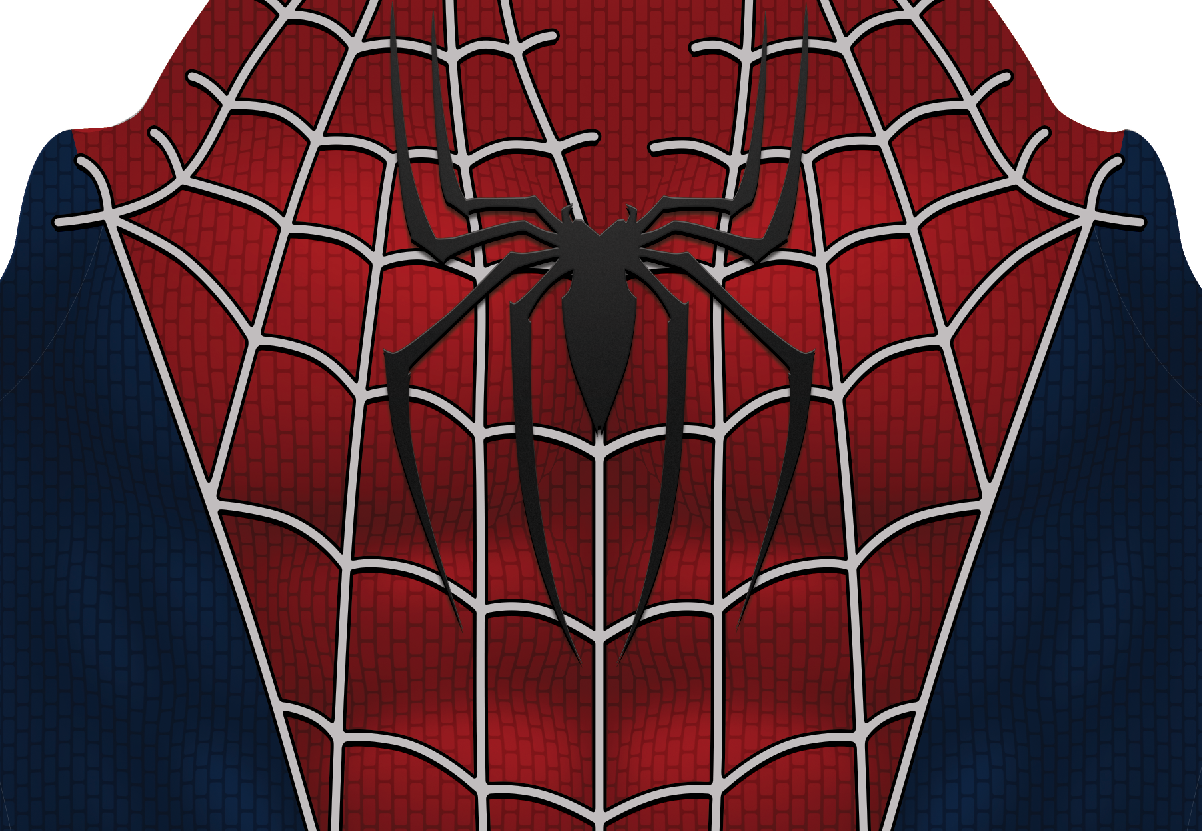 RPF PREMIUM MEMBER
This is also floating around the internet. I can't track down it's source. But it looks "legit" and no one has posted it yet so, here it is. 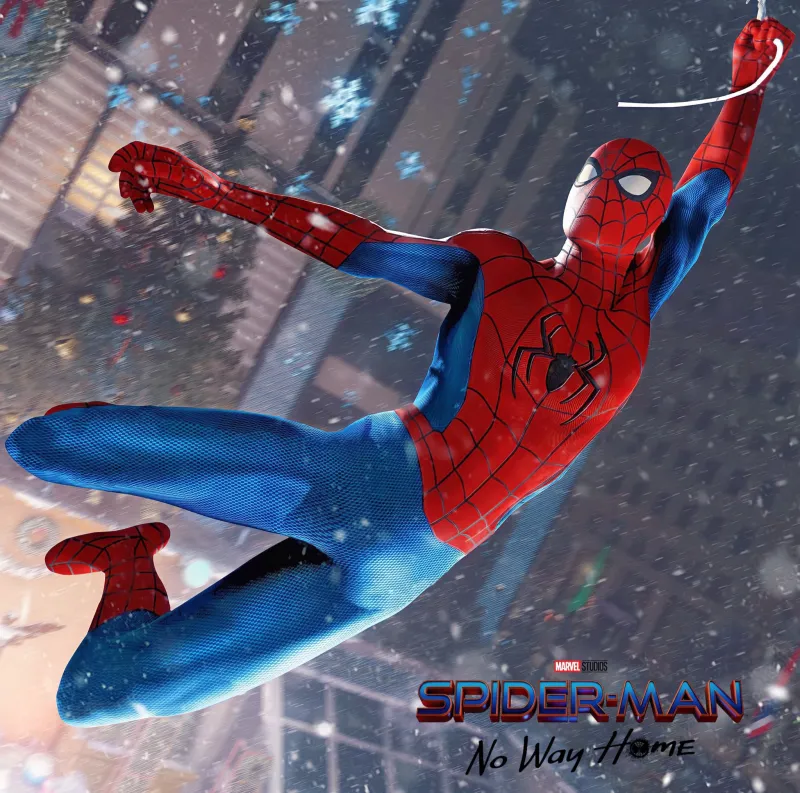 The Prop Lord said:
This is also floating around the internet. I can't track down it's source. But it looks "legit" and no one has posted it yet so, here it is.

This is fan art. Artist is @Kdog_Digital on Twitter. Somebody even went to the trouble of removing his signature. 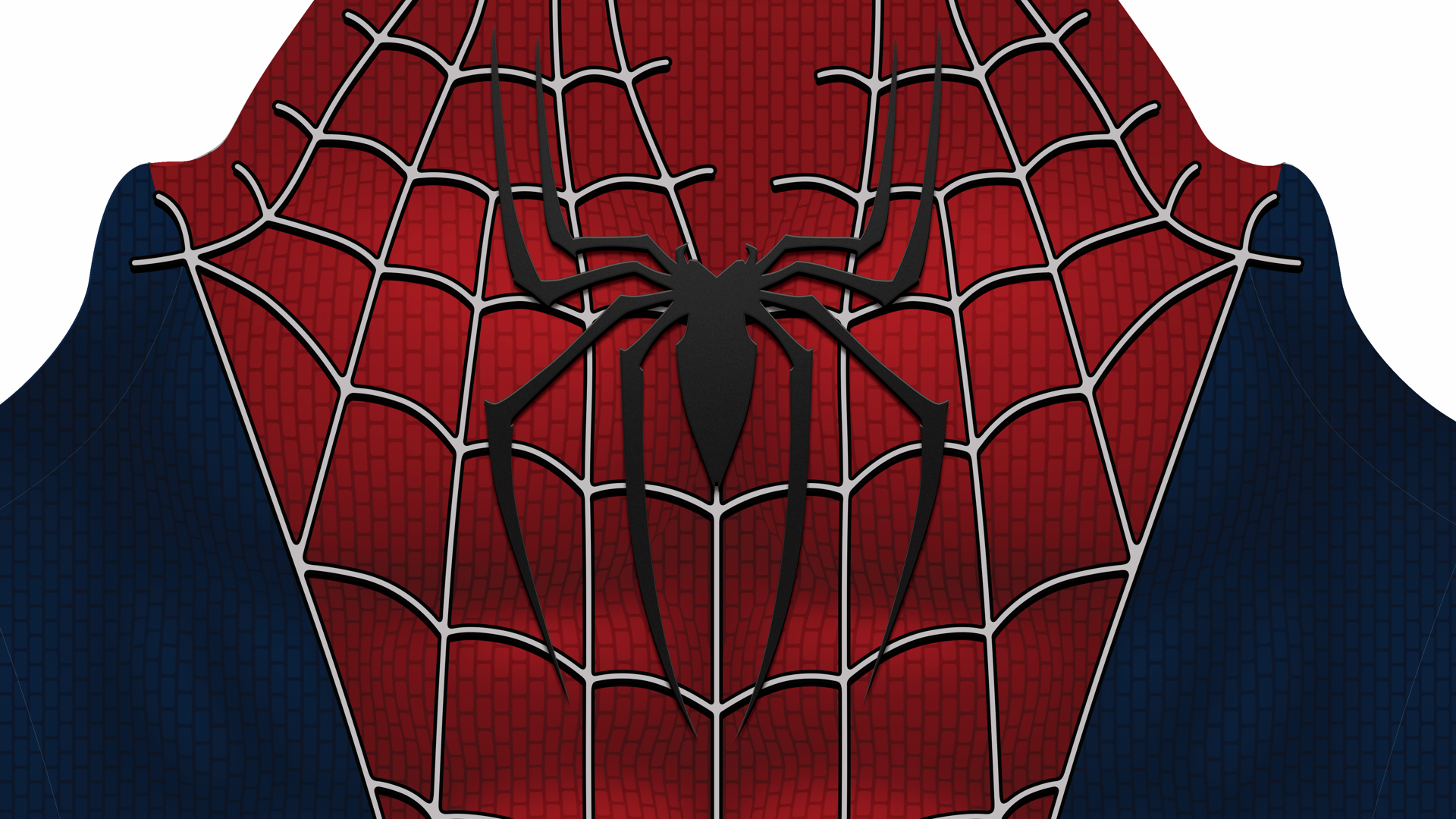 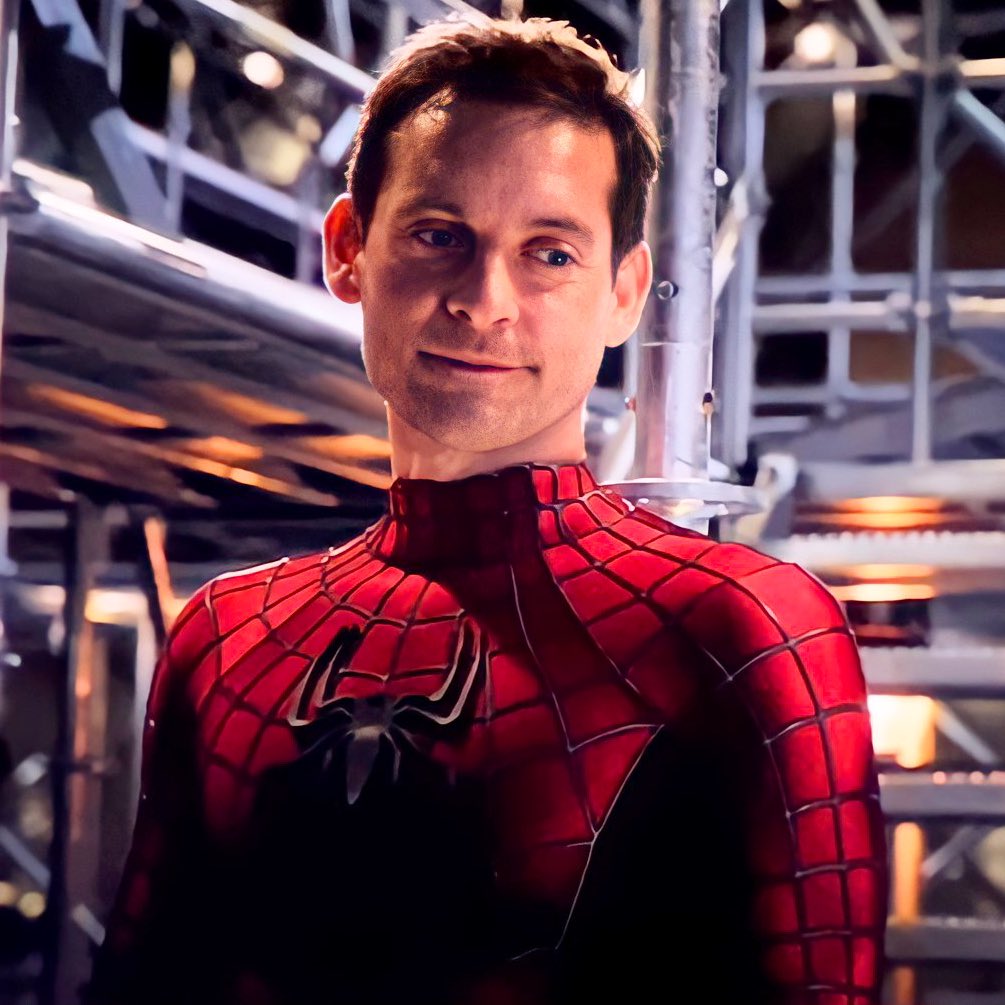 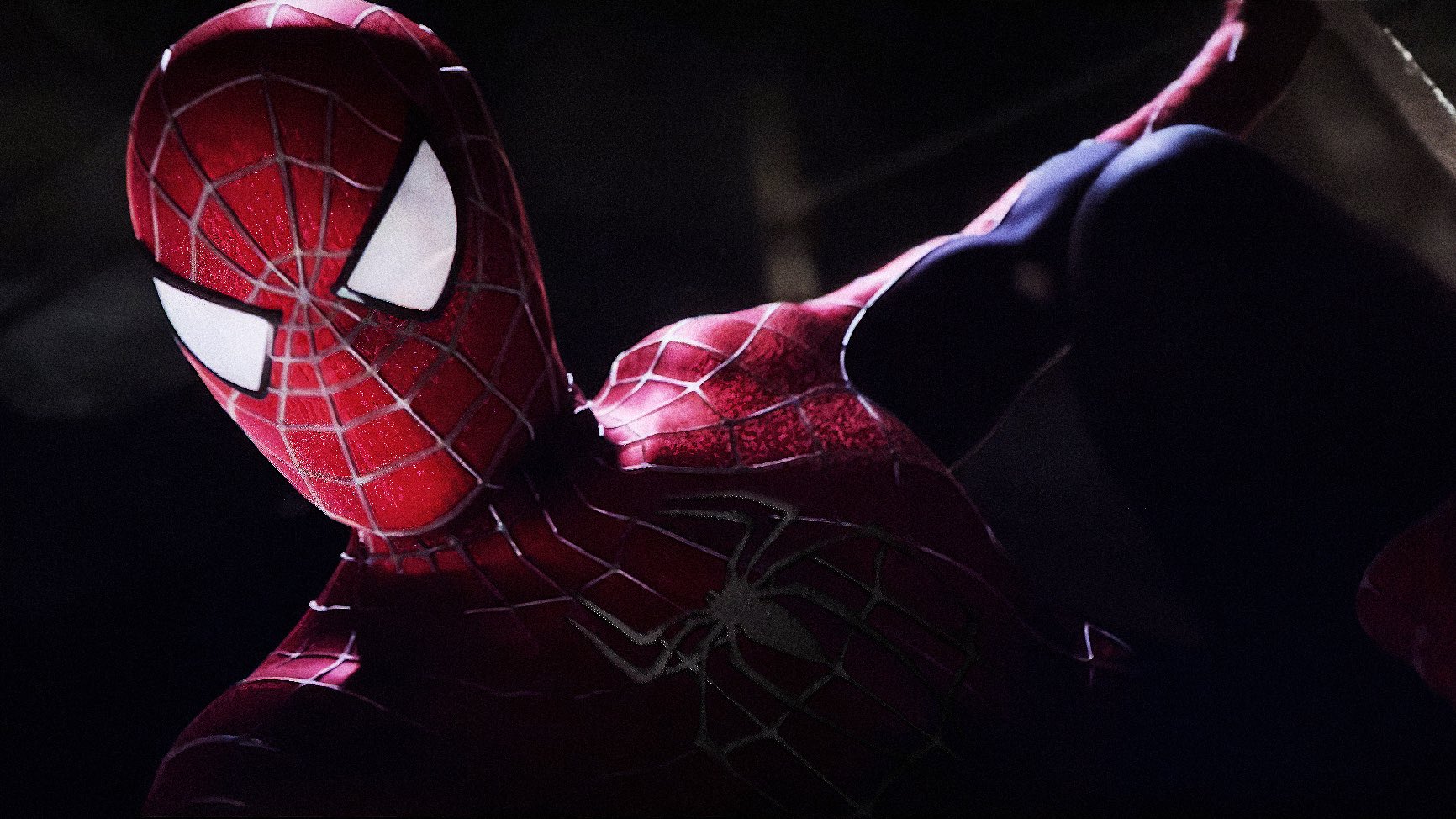 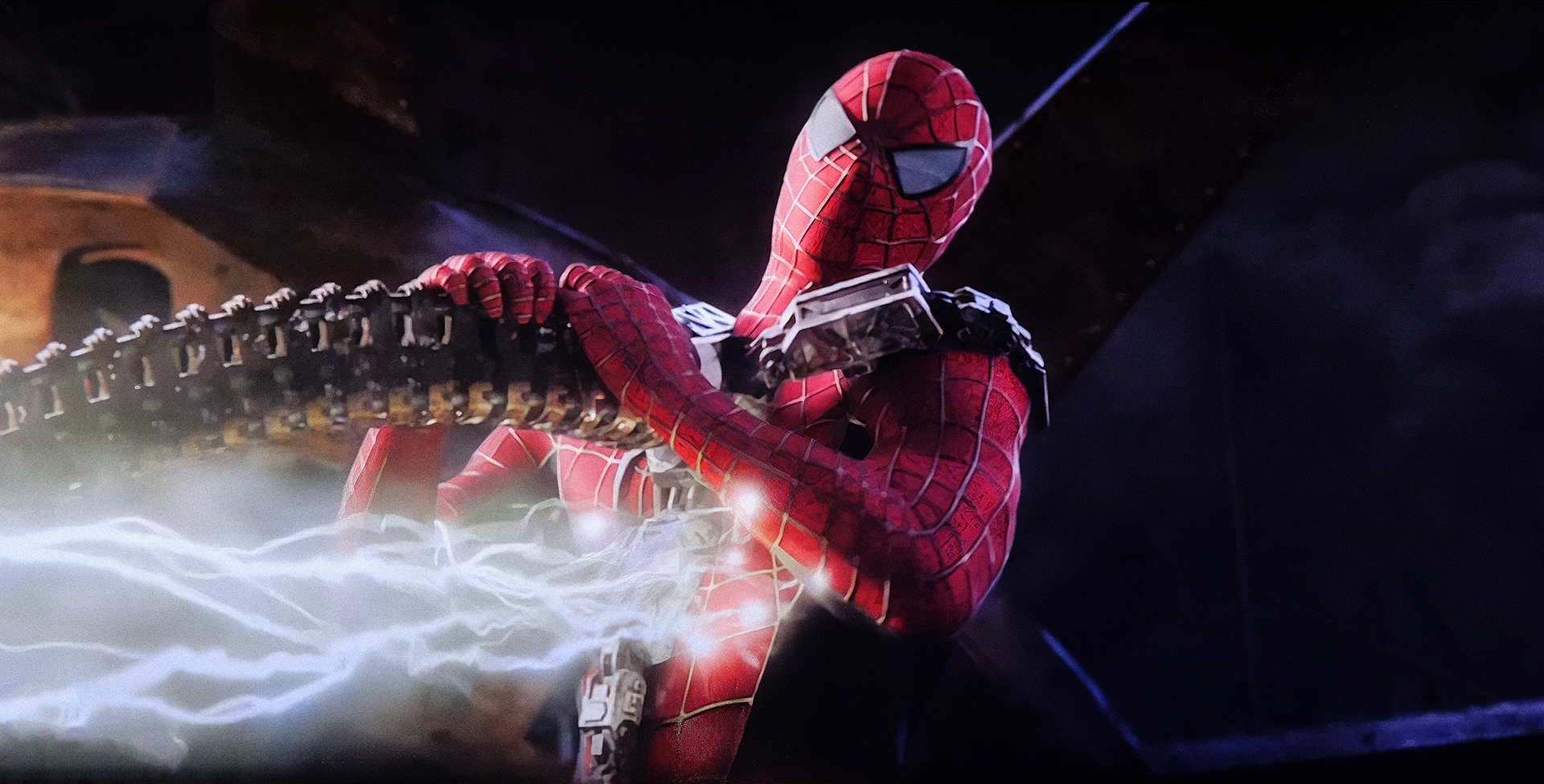 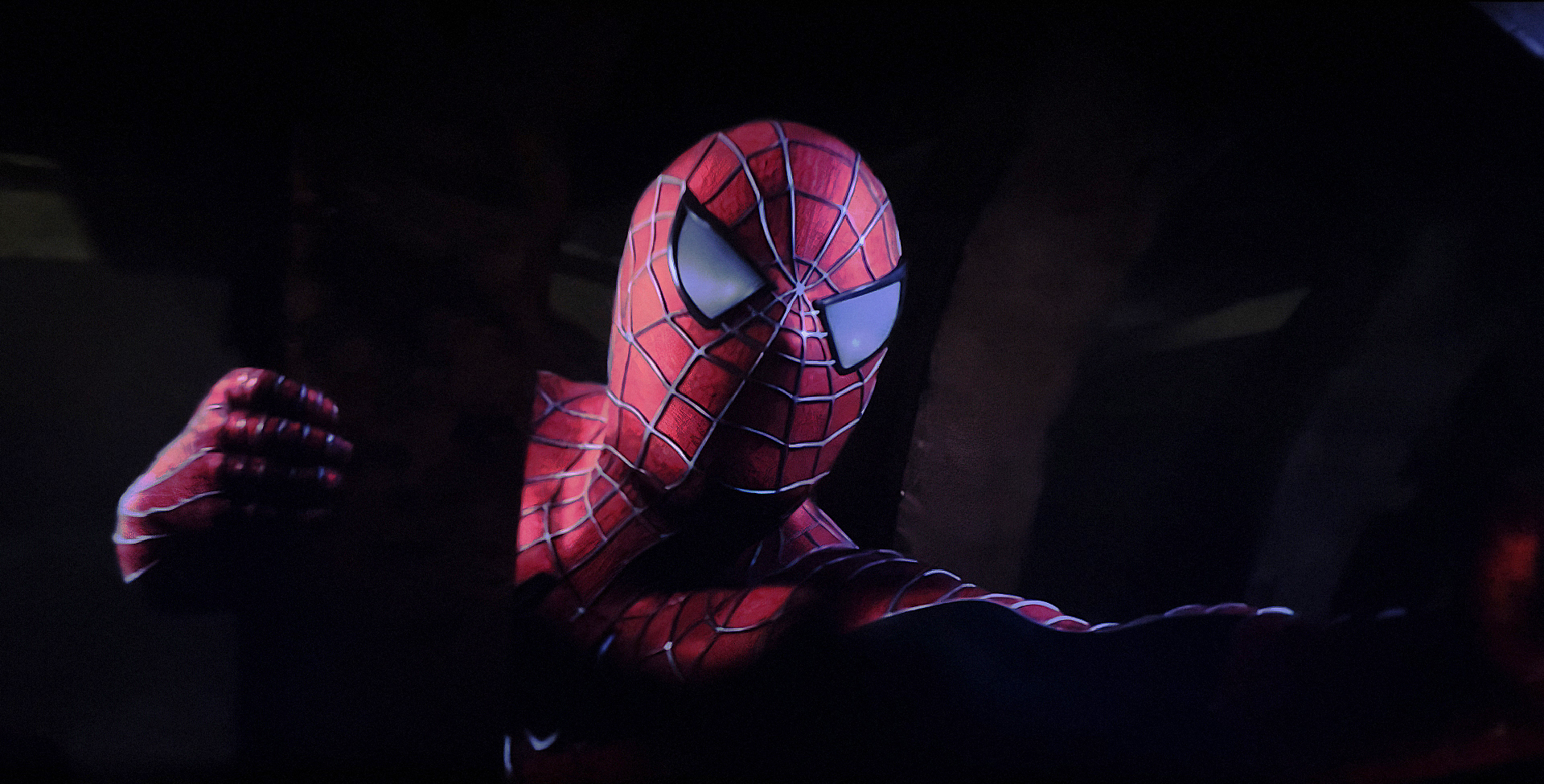 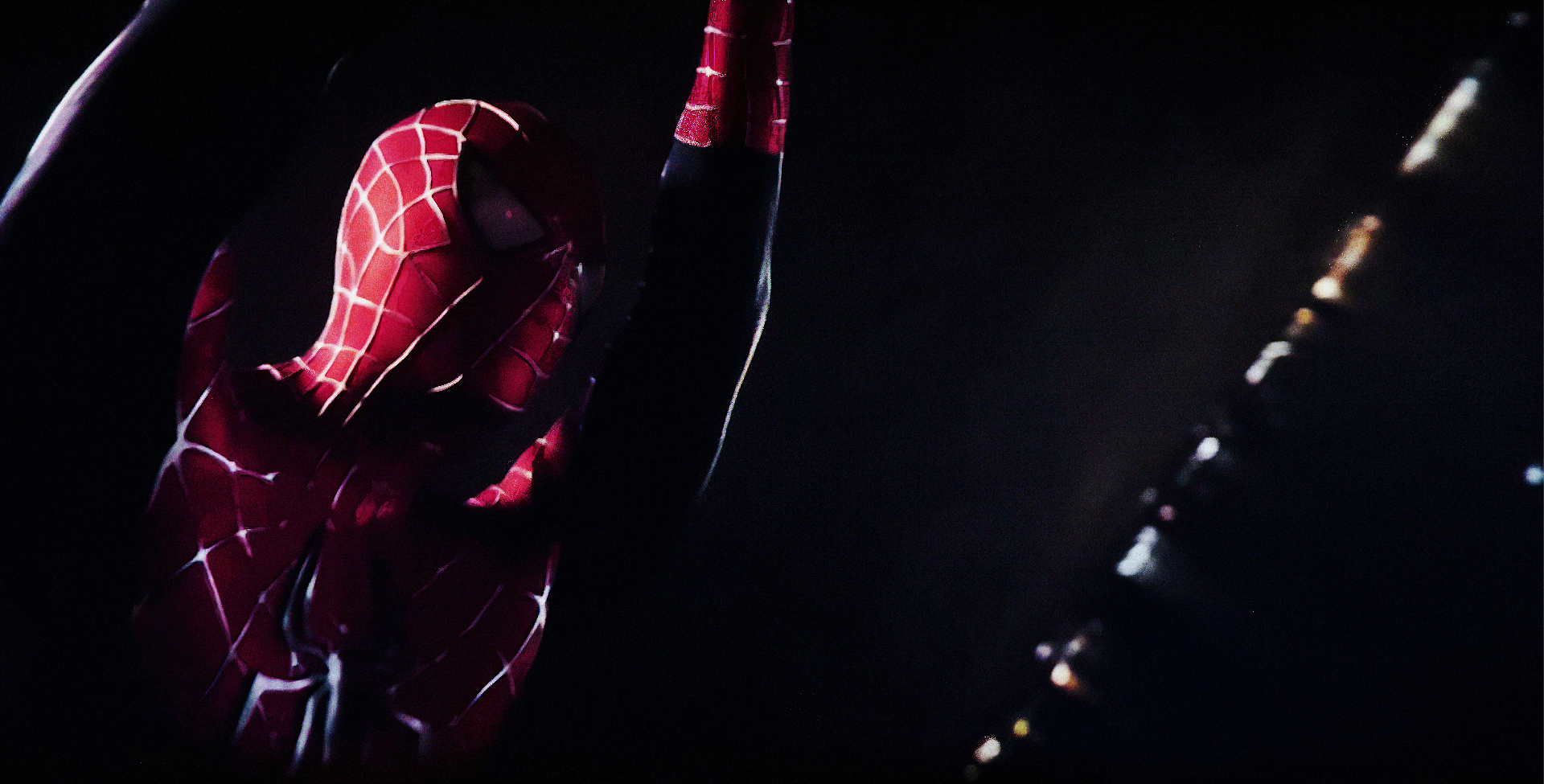 RPF PREMIUM MEMBER
Seeing it again tonight, it really DOES look like the webs on the Tobey suit is a just flat, multi-layered, high density screen prints, with either a top layer that is thinner and silver, or a silver layer outlined in black— originally I thought it was several layers of high density prints with each layer getting thinner (to replicate that chamfered edge,) but it really seems like flat topped extrusions with a silver center.
Still looks great, just SO different from the original—but hey, I'm sure this Peter got tired of casting urethane webs for new suits at some point

A sketch of the spider on the new suit is also featured in the end credits. 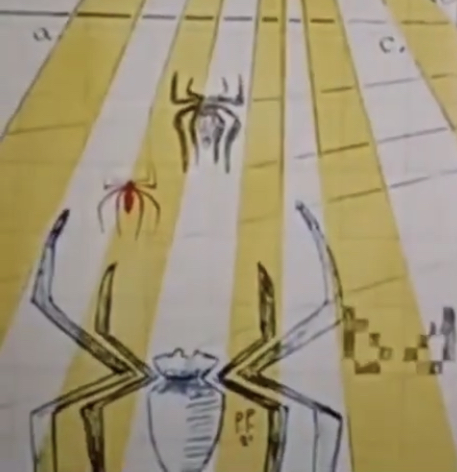 It's slightly cropped, but it looks good!
I really appreciate that it seems to be a combination of all three spider-logos through the ages— as this is the first time I noticed the legs don't connect to the body, like with Holland's spider. 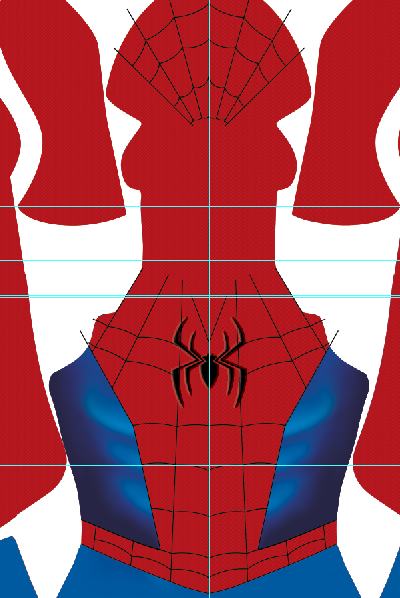 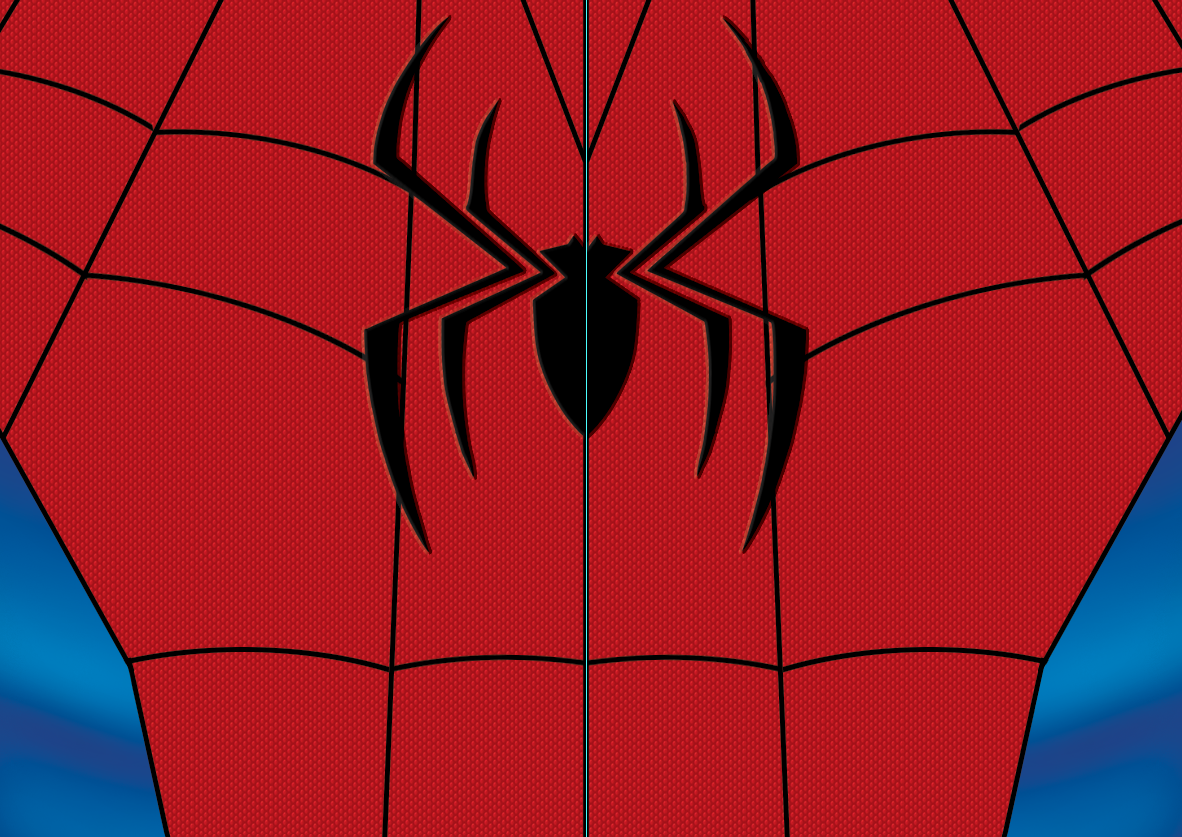 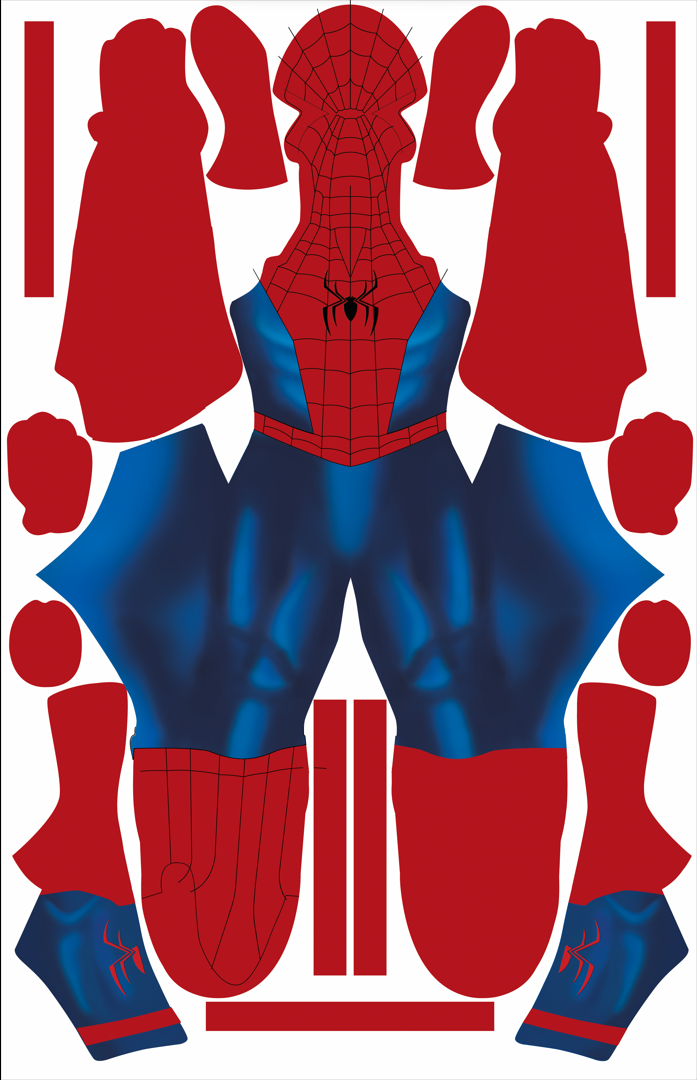 RPF PREMIUM MEMBER
Saw it again to confirm. The red part of the boots seem to come to a pretty sharp point in the shin. The spider is also on all 3 web strands. 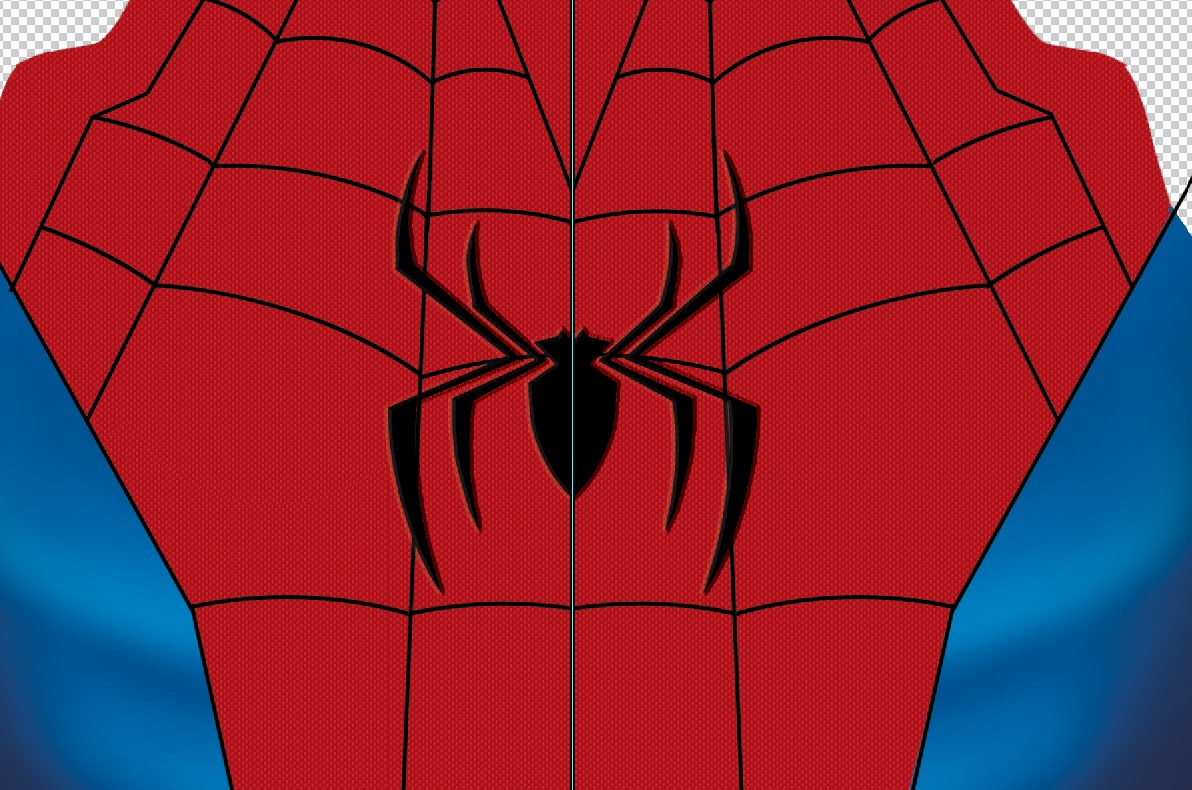 also found this (what I assume) AI enhanced photo 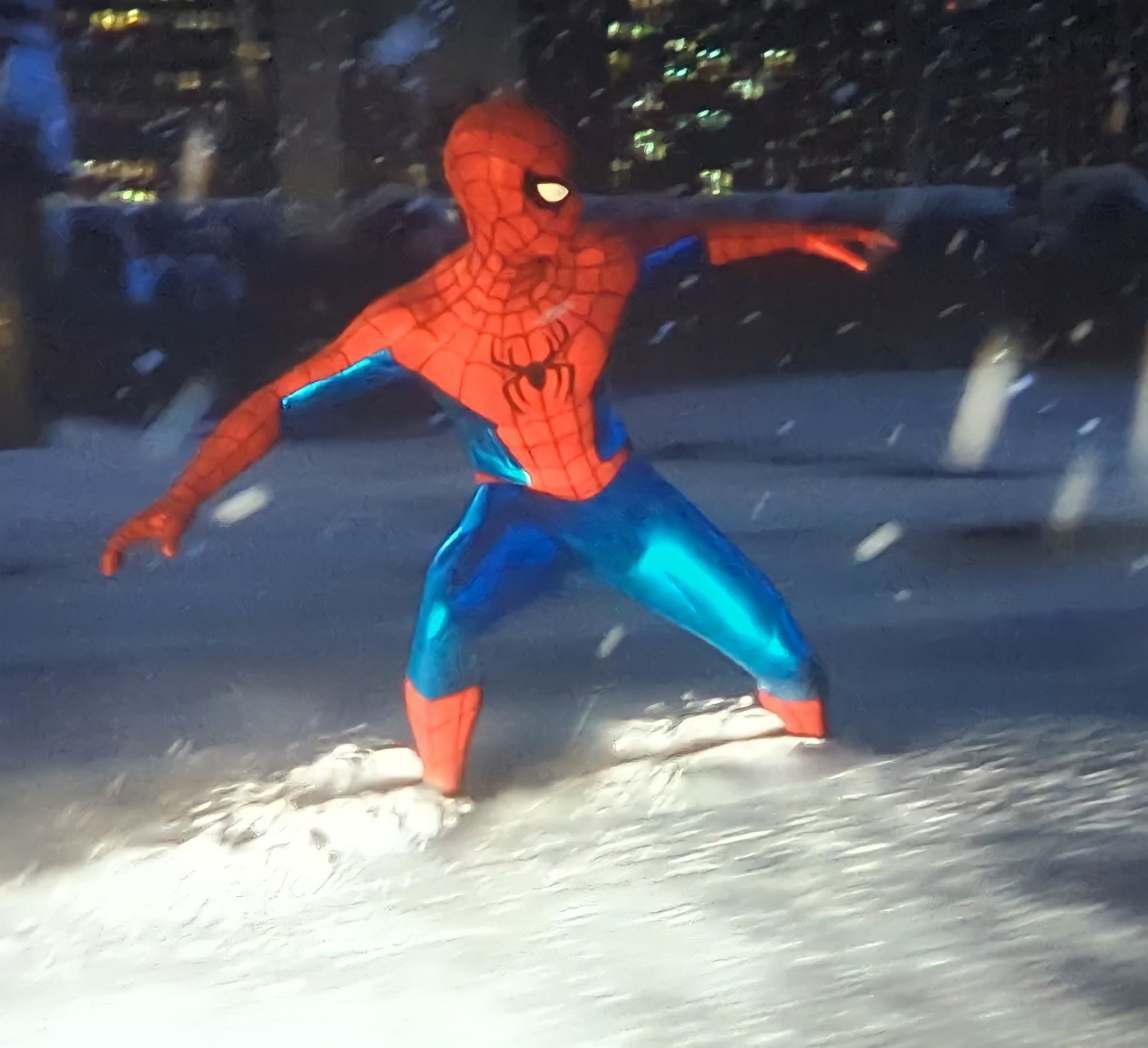 Can you guys tell if the webbing is slightly raised?
A

Is this suit pattern gonna be available for download or purchase anywhere?

aiden said:
Is this suit pattern gonna be available for download or purchase anywhere?
Click to expand...

batfan10 said:
if it comes out decent I'll probly throw the pattern on Etsy
Click to expand...

what is your etsy store if u already have one?

Working on the part I'm the most apprehensible about. Anyone have anytips to ensure the webs on all sides of the mask and the torso and arms are all lined up? 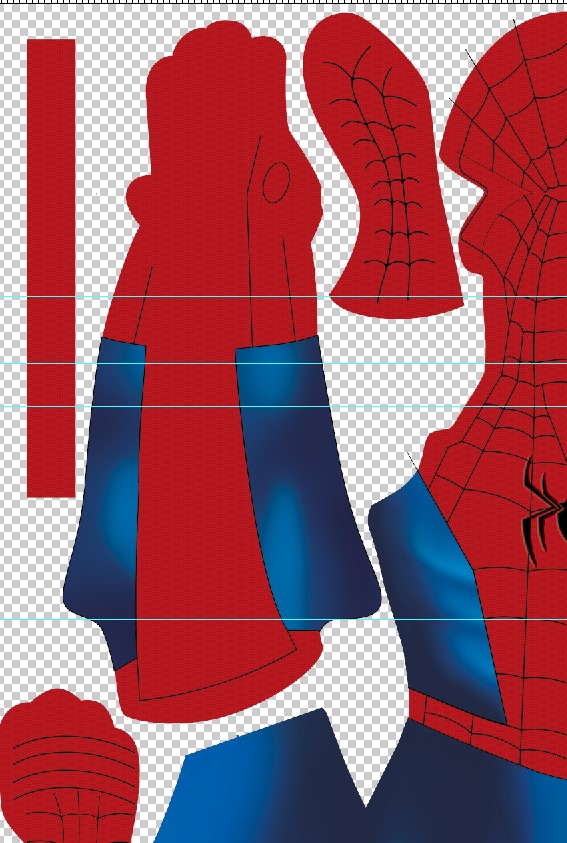