So I got this RIG several years ago, made for me by someone else. I honestly haven't touched it much and I wore it once.

It's been sitting on a shelf in my work area for two months now and decided I want to try and refurbish it and make it look more "correct" than it is. Maybe even have it good to go by Denver Comic Con. Will probably be asking questions on here since I have never worked with EVA foam before and will be taking pictures of my progress for critique.

Problems I plan on fixing.


Bad photos because I had to take them myself, but you get the idea. Also just used a random nerf gun, haha. Might mod it so it looks like the pulse rifle.
Any ideas, links to good tutorials, and any critique would be greatly appreciated. Some new images
Also got a heat gun and a hand-held blowtorch/soldering tool and proceeded to burn the hair off my arm at least three times. It's not cosplay unless you get hurt.

Before I did anything and the old paint job. Added some small details to the chest... thingy. Small details but it already looks better! Took off the straps to the arm guard since they were far too long and some of them were starting to tear. Going to make some new ones! Also added a few detail lines
Fixing a big part on the two pieces that go on the back of the boots. I bought a dremel tool and I don't know why I have never owned one earlier. I LOVE this thing.
Progress has been a little slow, but I'm still learning how to do everything so that's ok.

Will be taking apart the helmet today. Just have to do it so I don't damage the LED's. 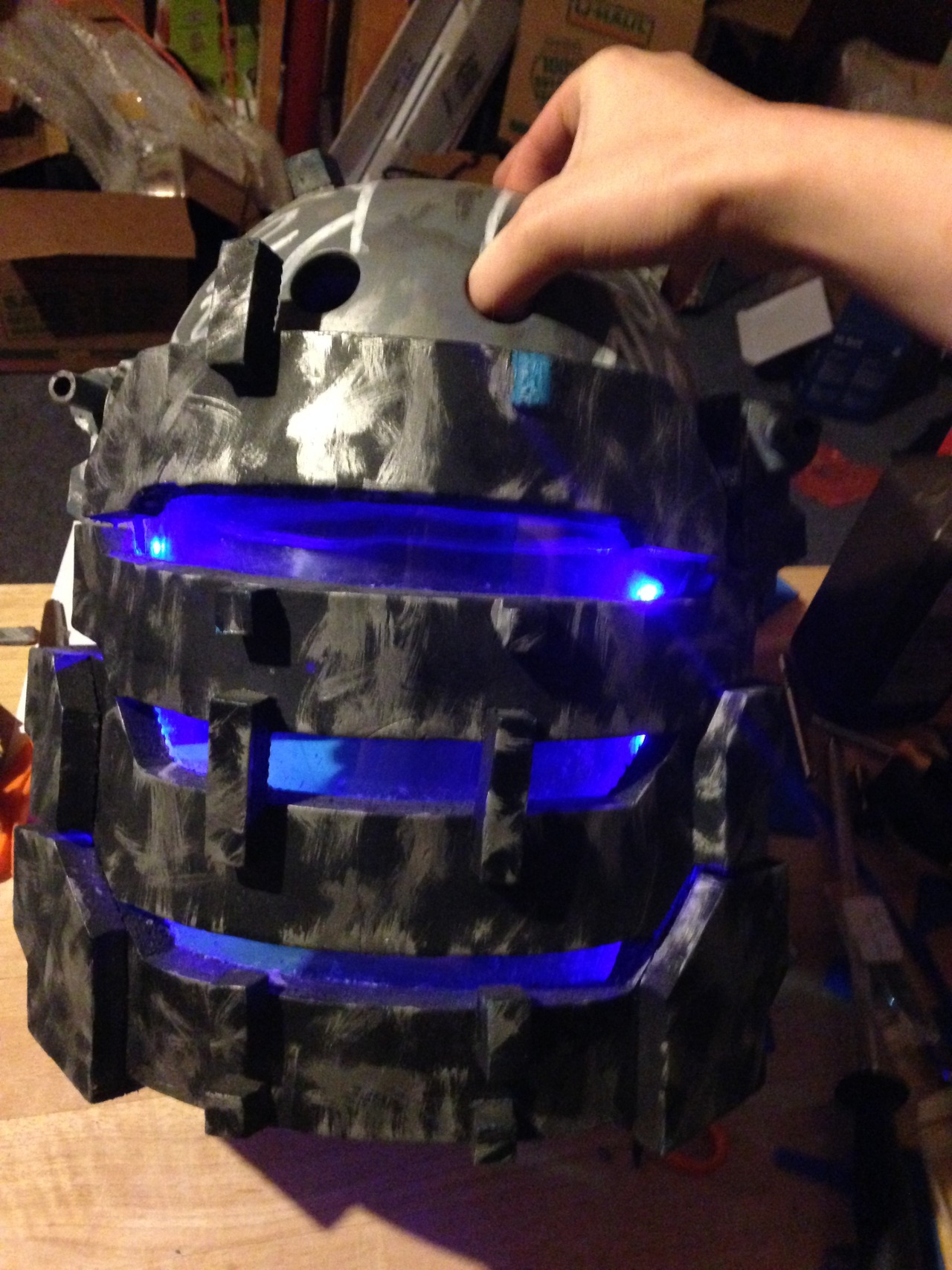 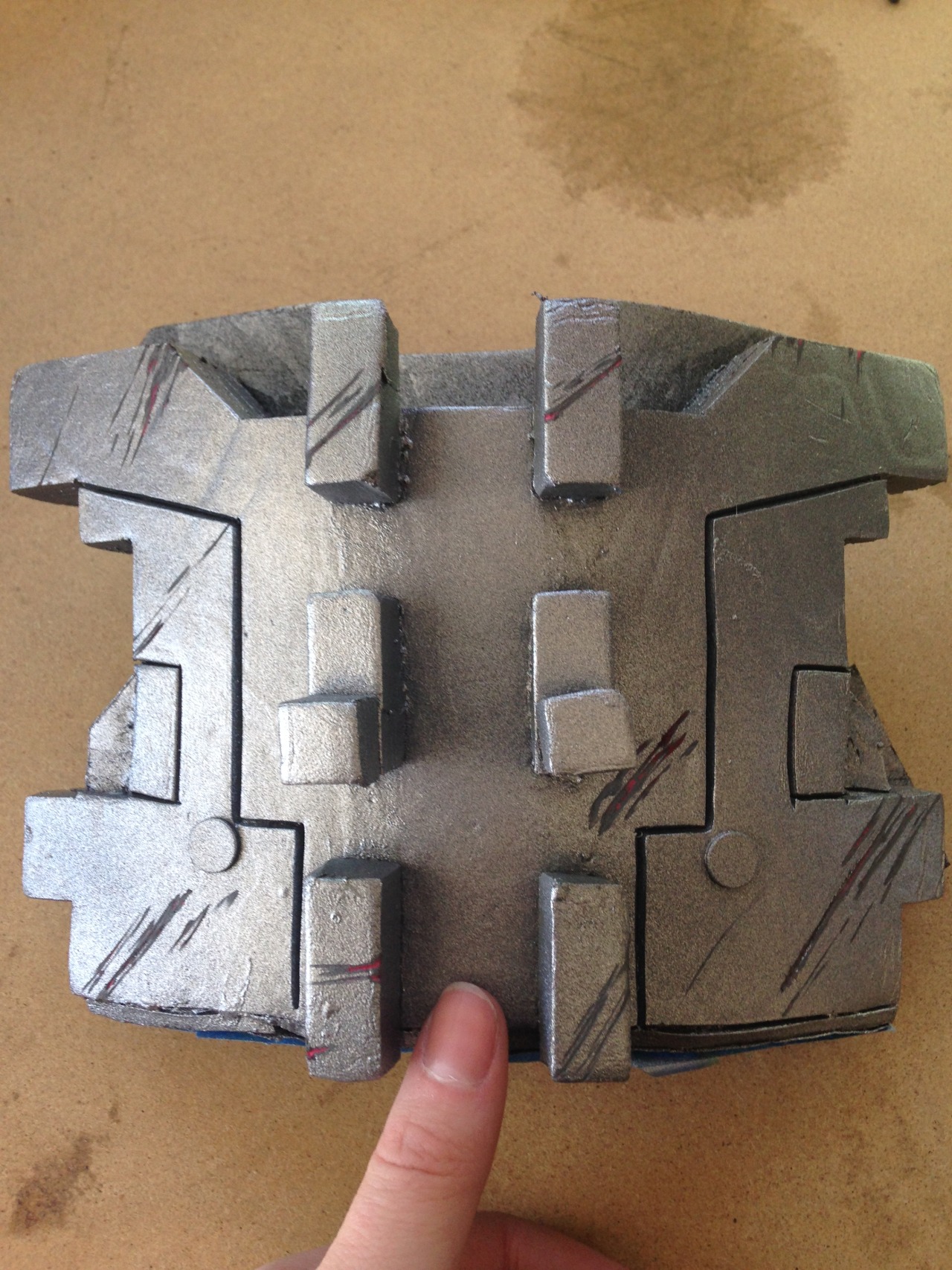 Improvements on the RIG back. 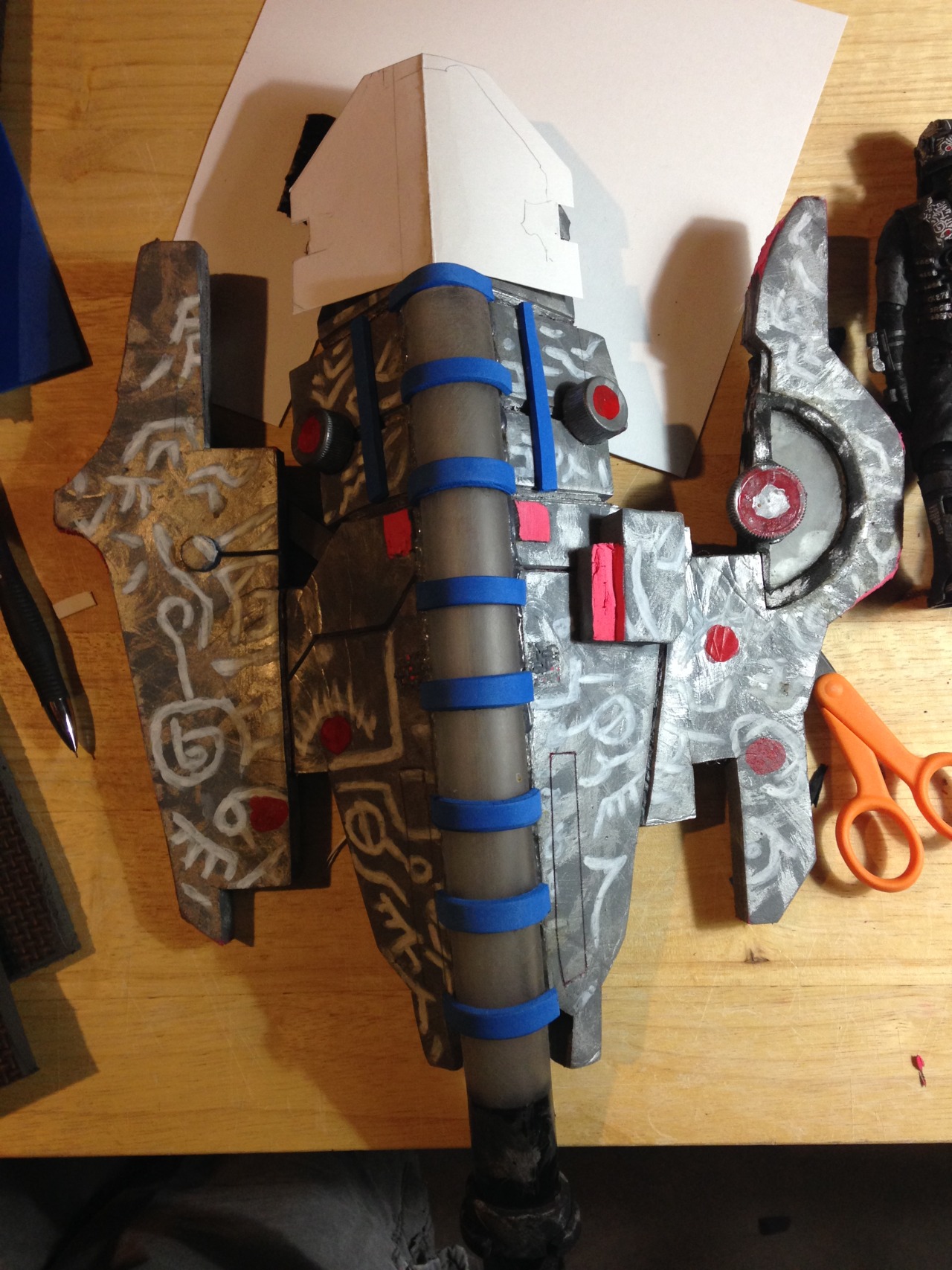 Improvements on the boots!
The shin armor actually slides on first [added elastic to the inside of this too because velcro is so noisy] and it works great! 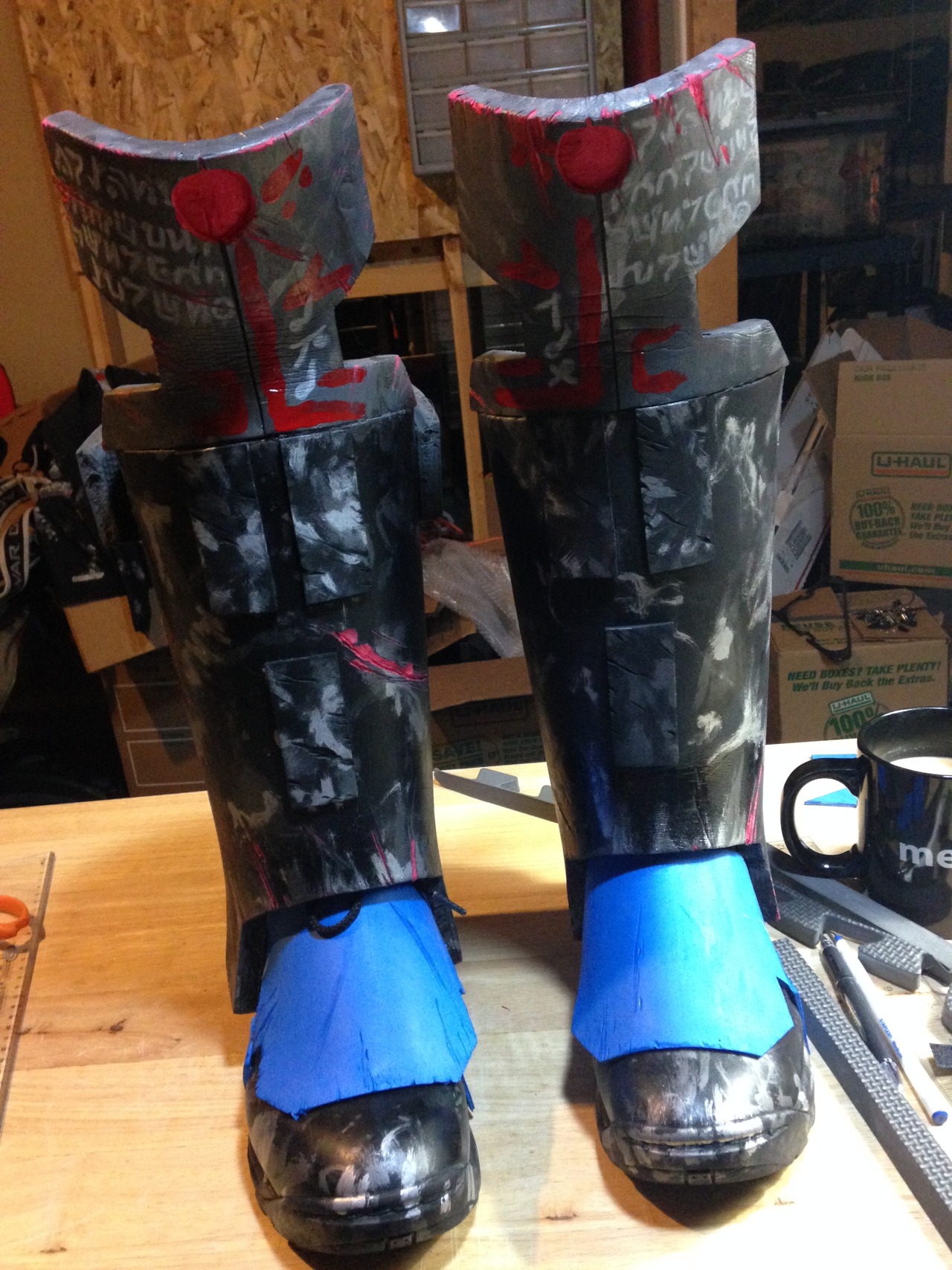 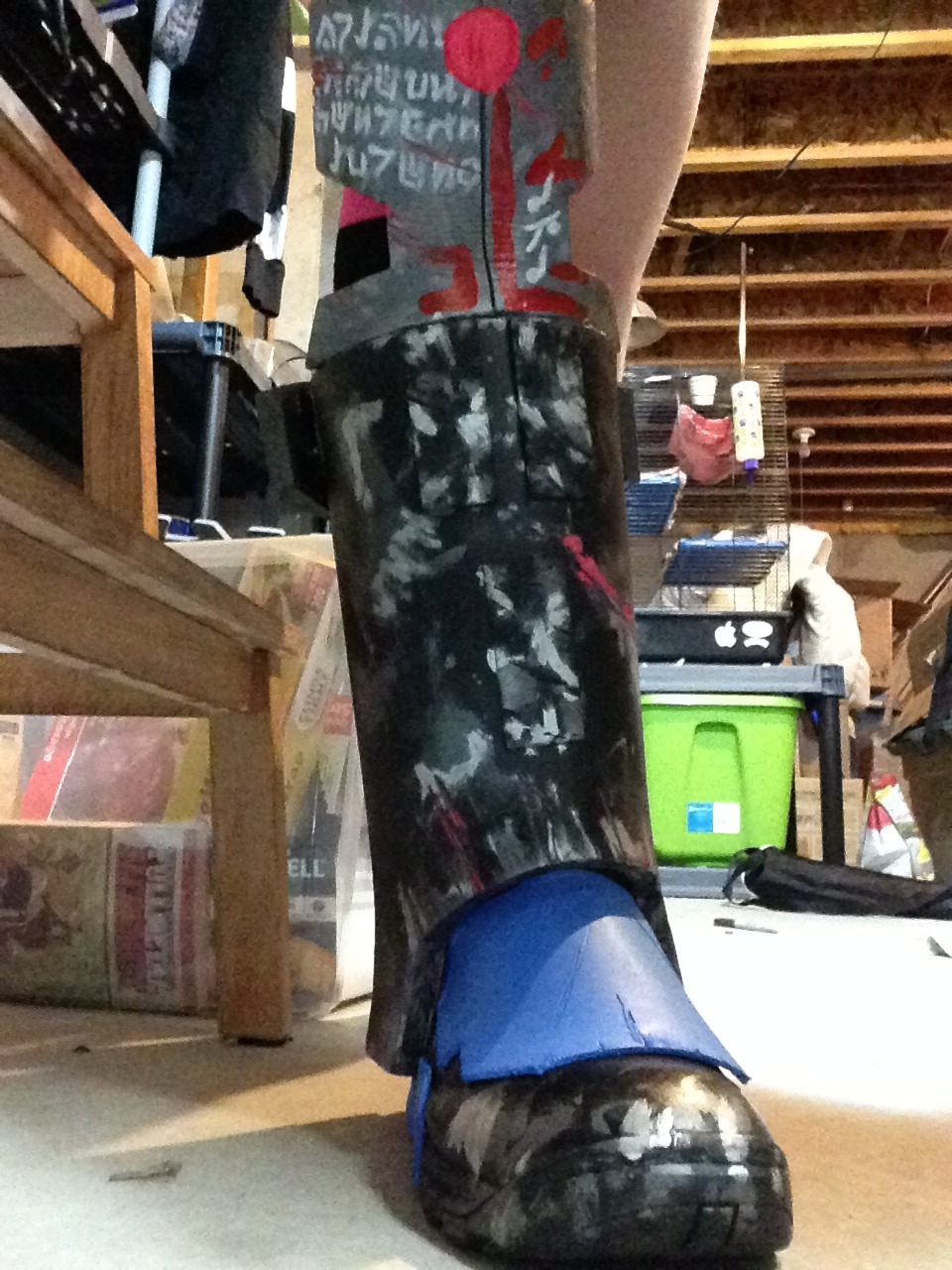 You can see that the guy did NOT seal the EVA foam before painting it. I've been able to smooth it out more than in the photo with the heat gun but a lot of it is sort of doomed to have that wrinkled appearance. Found out that mod podge also doesn't really work so I'll be picking up some of that plastiseal today. You can also see the BRIGHT FREAKING PINK foam he used and it is making repainting a pain in the ass because I have to paint the cracks with something darker first. 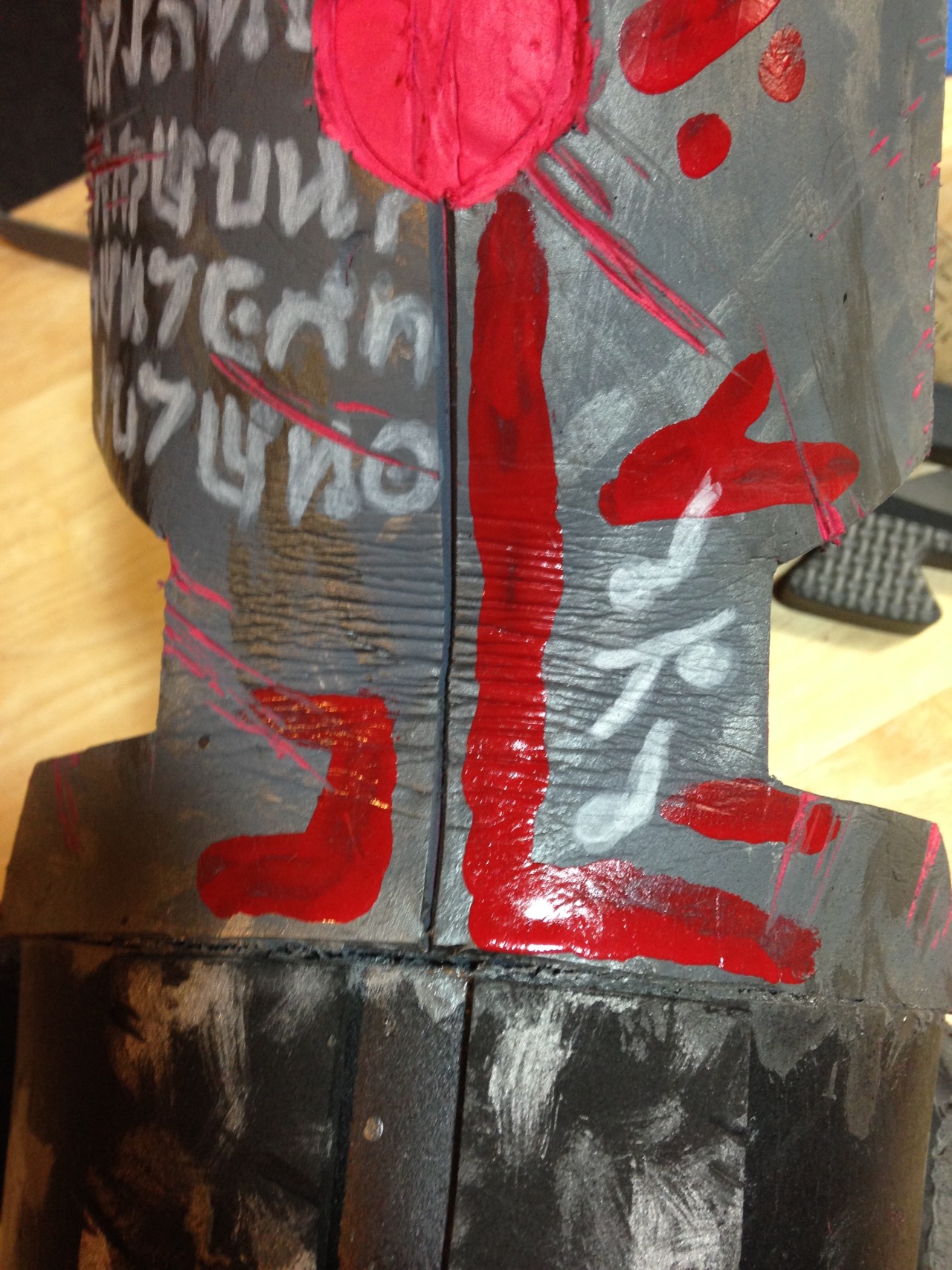 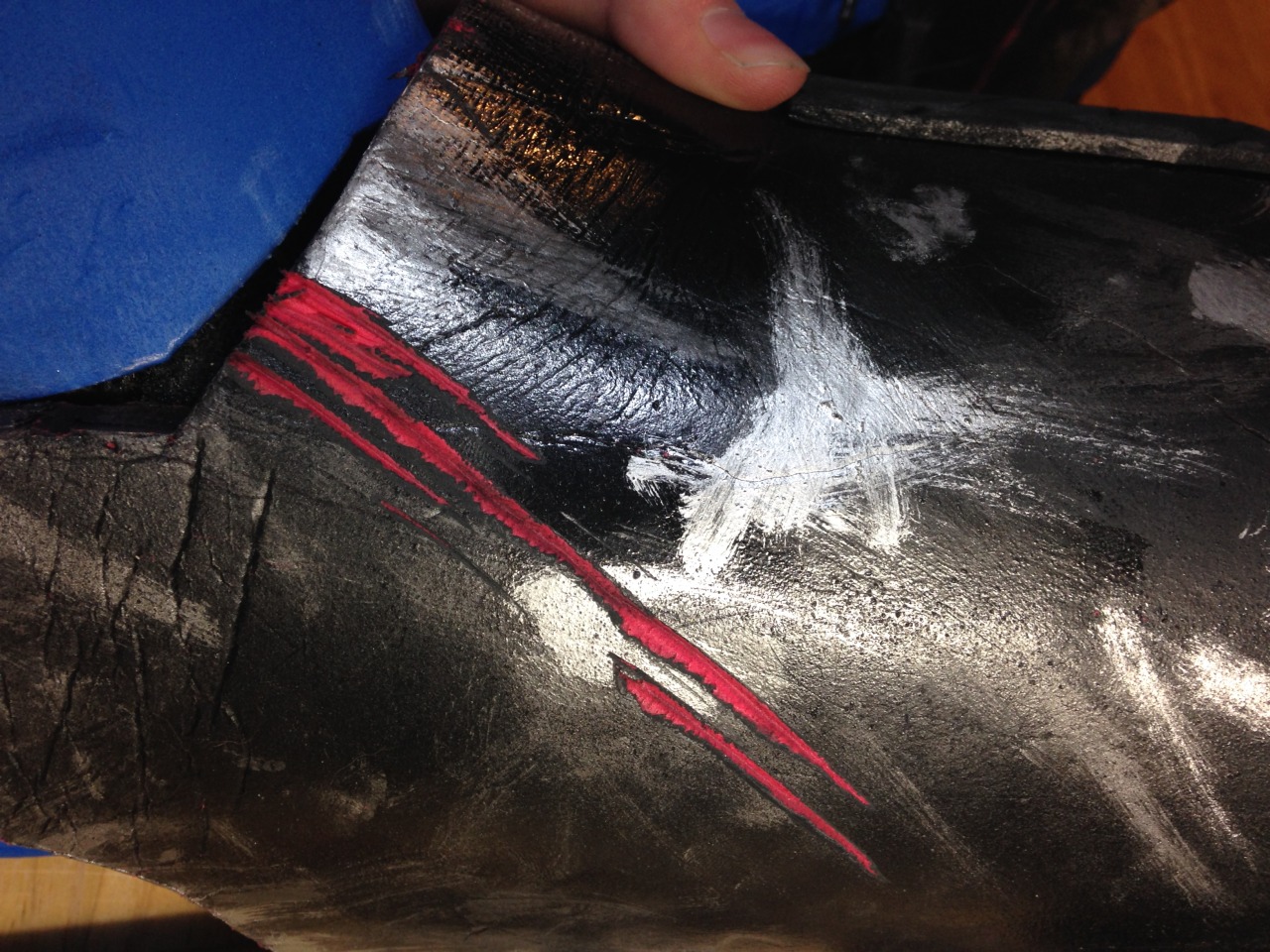 Took out the laces on the boots and only kept them in the top two rings. Velcro at the top makes sure everything stays snug and the laces are out of the way. Elastic on the boot makes it so I can just slip my foot in and out with minimal difficulty. Top "panel" is velcro so I can fix elastic if I need to. 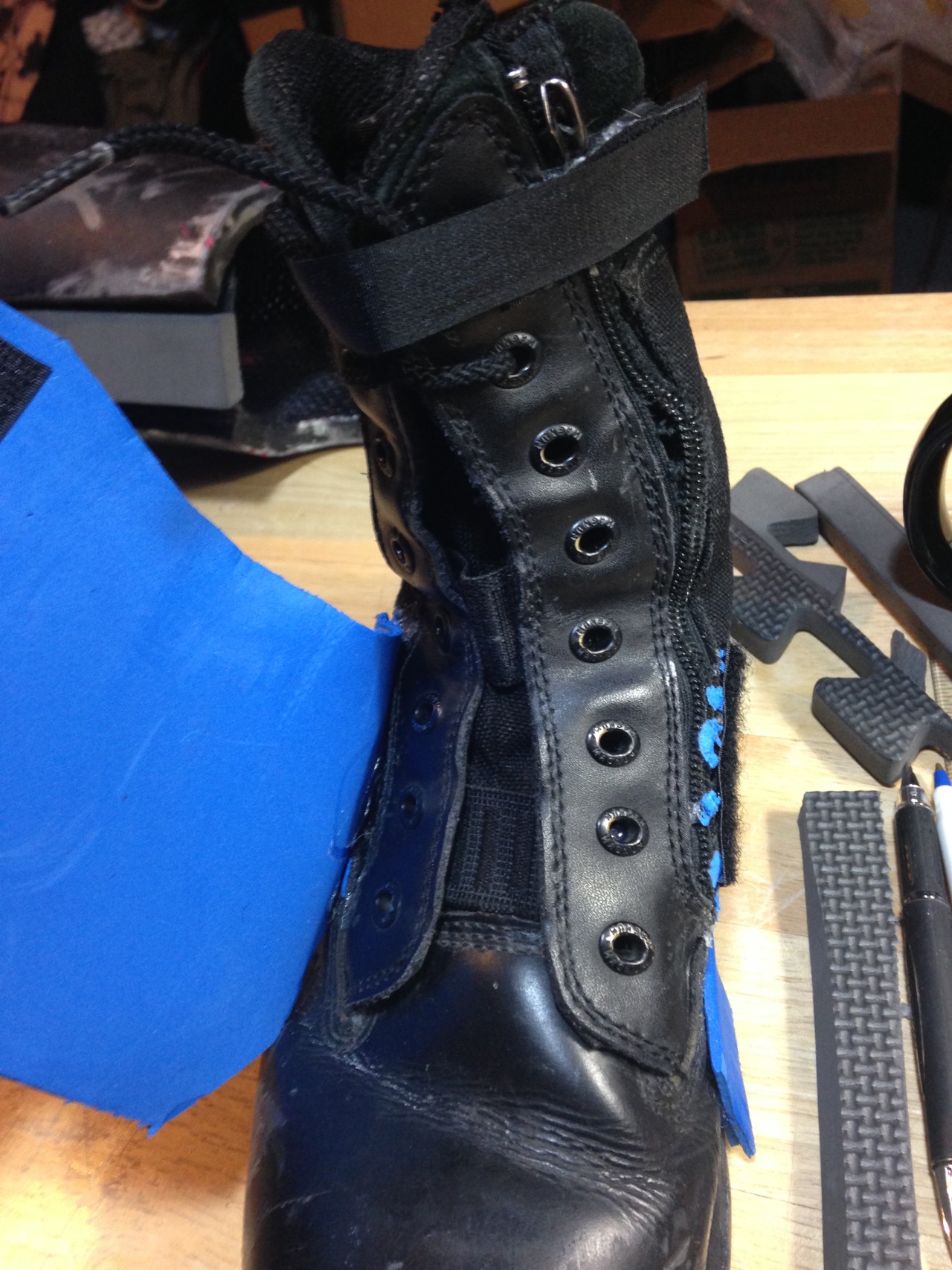 I'm excited to see how this comes out. For a cheap plasma cutter you should check out the nerf zombie strike flipfury. It will need some modding but looks like a good base.

And for the helmet it seems most people want to oversize it due to the shape. I guess the easiest way would be to picture it like a welding mask. If that makes any sense. Hah sorry it's late.
Last edited: Apr 2, 2015

My Costume & Workroom rebuilds- or how to hand sew and fibreglass in the same space!
2

So happy with this El Fett Deadpool mask!