RPF PREMIUM MEMBER
Kind of intimidated posting in this level of company, but I thought the result was cool with little effort. So here’s a recipe for a quick custom folding Birdarang/Batarang that took me about an hour to knock out. Not accurate to a specific prop, but good for a comic build given that they change gear every artist/page.

So, my 4 year old loves Batman, and for Hallowe’en he’s wearing the cape and cowl and I’m his Robin. More or less. We’re not to scale. Anyway, he has his safe little batarangs, and I wanted something that wasn’t a flying “R”. It had to be adult sized but safe to go on a belt and cheap enough that I wouldn't freak if it got sat on.

I hit Princess Auto for two cheap over-engineered folding knives with screws, not rivets. These caught my eye because unlike the stock photo, the ones I found were already red and black. Plus they have lights, because someone needs that.:rolleyes 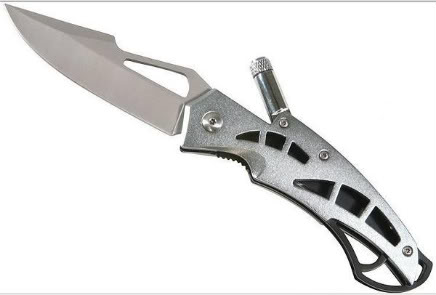 I took both knives apart, set the handles aside, and I traced one of the blades twice to make two stencils. 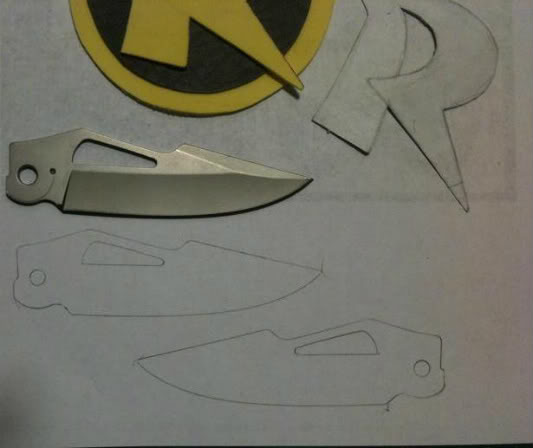 I cut the stencils out and taped them together so the blades overlapped symmetrically. I trimmed the blade portions so I had a stencil of just the rear of the blades. This would allow me to later connect the two handles to each side like wings. 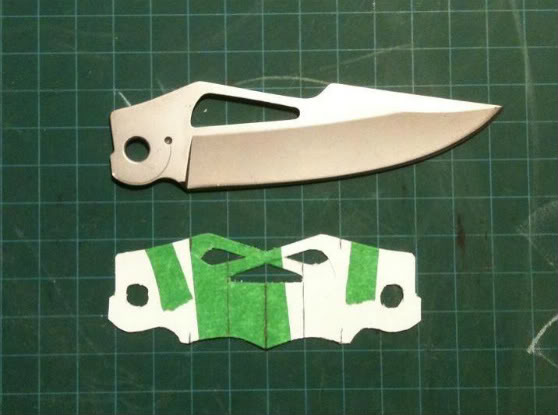 I then traced the stencil on a piece of plastic the same thickness as the blades. In this case, the donor plastic was a dollar-store floor-hockey stick. 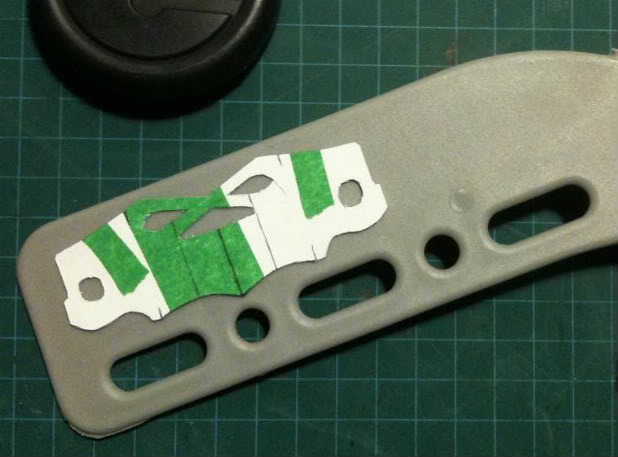 Missed a picture/step, but I cut out the stencil and cleaned up the edges to the exact size of the blades. I then reassembled the handles around each end of the plastic piece I carved. The result is a passable generic Birdarang. The middle portion could look like anything you want, so long as you get the connecting butt of the blades exact. 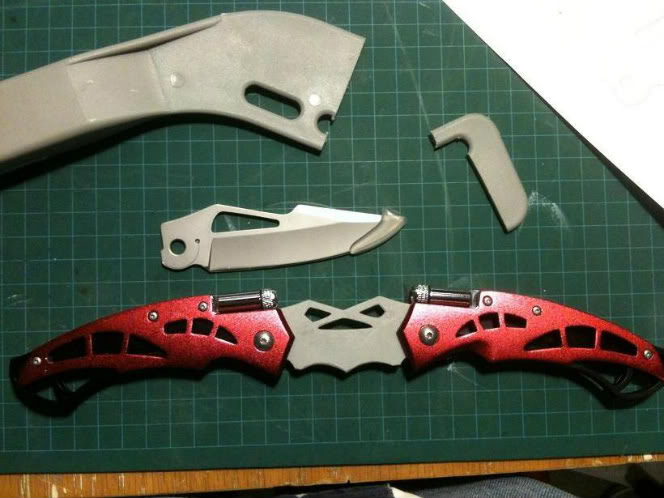 And it folds using the original mechanism so it can hang either tucked in a belt or with a loop of velcro. 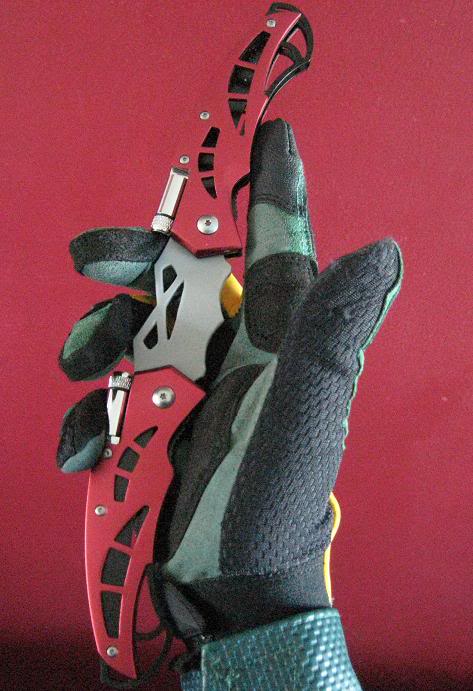 With the sheer number of ridiculous folding knives you have no end of possibilities for custom batarangs to fit any theme for about 20 bucks. I wore it to a work party and it felt substantial, passing as a high-end prop without having to worry about passing it around or dropping the thing. Plus, lights!
Last edited by a moderator: Nov 9, 2018

This...this is pretty darn clever. It looks like it would belong on a utility belt. Great use of store bought stuff.

That's really cool. I'm surprised I haven't seen that before.

RPF PREMIUM MEMBER
Thanks for the comments. I did some searches and found a bunch of awesome screen accurate builds, but nothing as lazy as I wanted to be.

I might try another build that takes a bit more time, maybe do one that swaps the center plastic joining piece with aluminum. Also, some kind of extra detail plate in the centre would tie the look of it together.

Have to say, having only held plastic replicas and toys before, the weight of this is nice. I need a quick release way to hang it on a belt, because you feel pretty badass drawing it from behind a cape with a flick as both wings lock into place.
R

That looks awesome; any idea what brand/model folding knives you used? Love to have a replica of this hanging on my wall
M

very very smart and cool, thanks for sharing.

Coolest gadget I've seen in a while. It really morphs convincingly from the origin intent into an intimidating Robin weapon.

RPF PREMIUM MEMBER
Thanks for the comments all.


RandomMember said:
That looks awesome; any idea what brand/model folding knives you used? Love to have a replica of this hanging on my wall
Click to expand...

It's at this link, although it was cheaper at my local store: Folding pocket knife with LED light

It says the brand is "Pro.Point" but I bet it has other names at other discount stores. Princess Auto is like Harbor Freight, full of discount brands, sometimes hilariously named. The house-brand for the longest time has been "PowerFist."