Here I will document my descent into madness as I build a 1/24th-scale replica of Launch Complex 14 and a Mercury-Atlas rocket.

Note: This is studio scale in the sense that it's being built expressly for a film. In this case, a short titled T-minus about a fictional member of the Mercury Seven. Full disclosure: I am also the writer and--eventually--the director, which means I don't have to pay myself for any of this work. Isn't that great?

I started with a foamcore jig that would support the service tower as I built up. 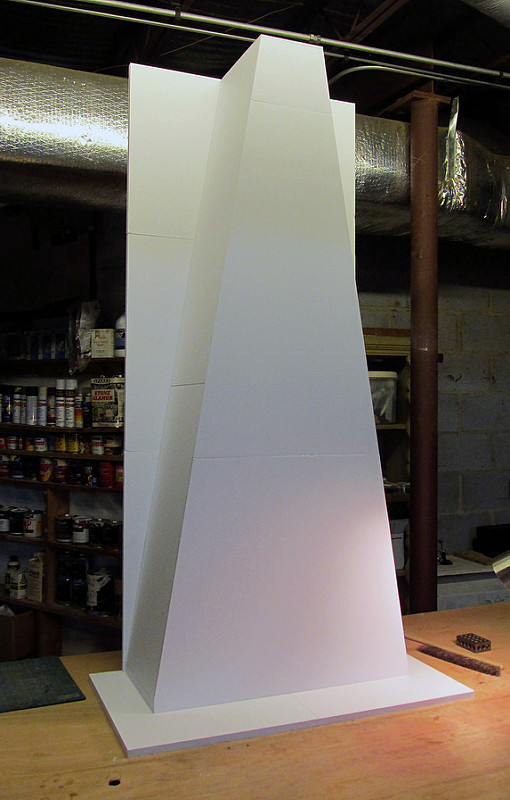 The Plastruct ABS stock was organized with this ad hoc system made from manila folders and fruit boxes. 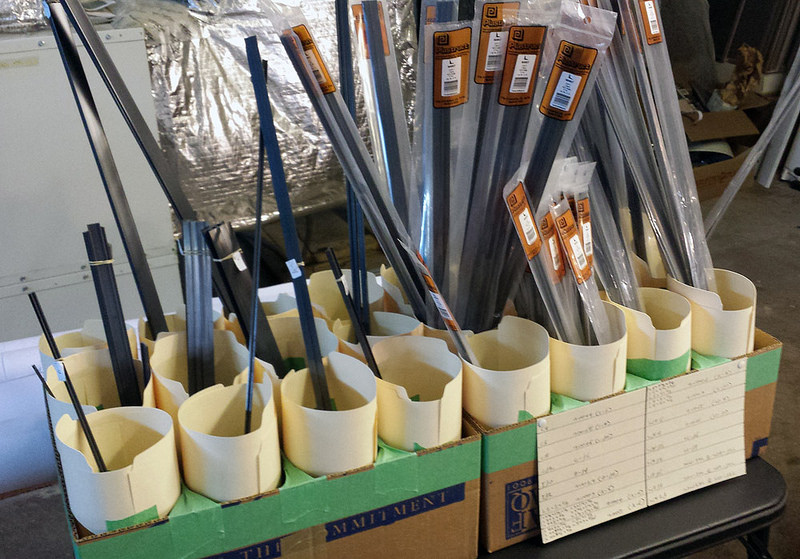 Jigs kept the components true and identical, while also greatly shortening the time it took to make them. 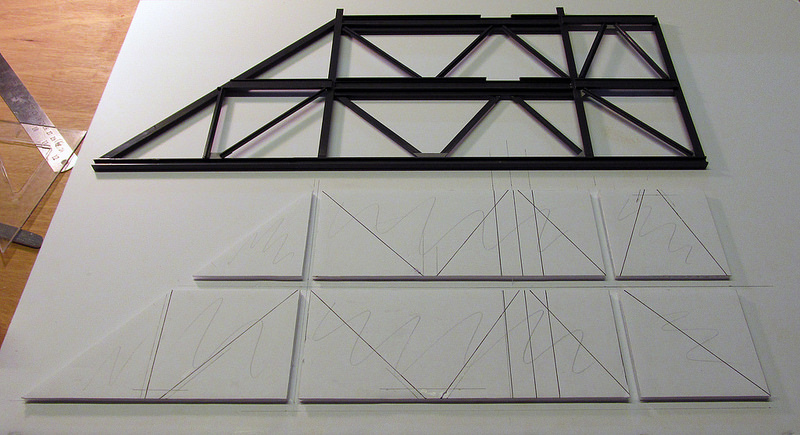 Continuing to get jiggy with it ... 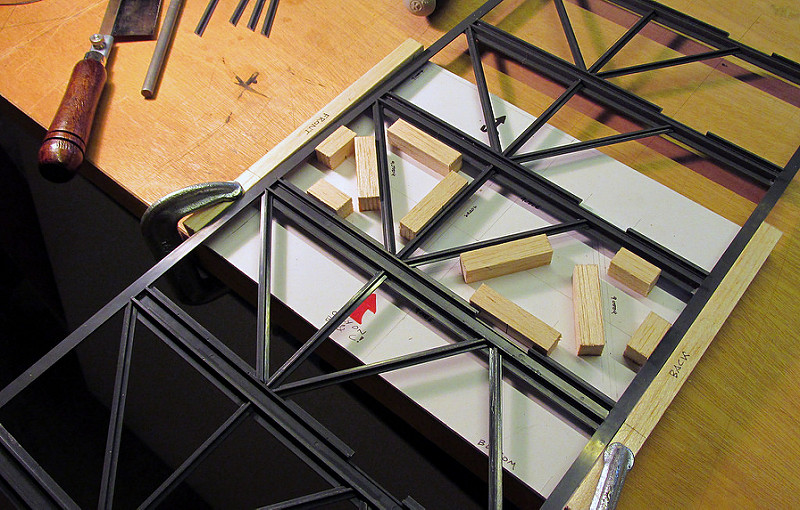 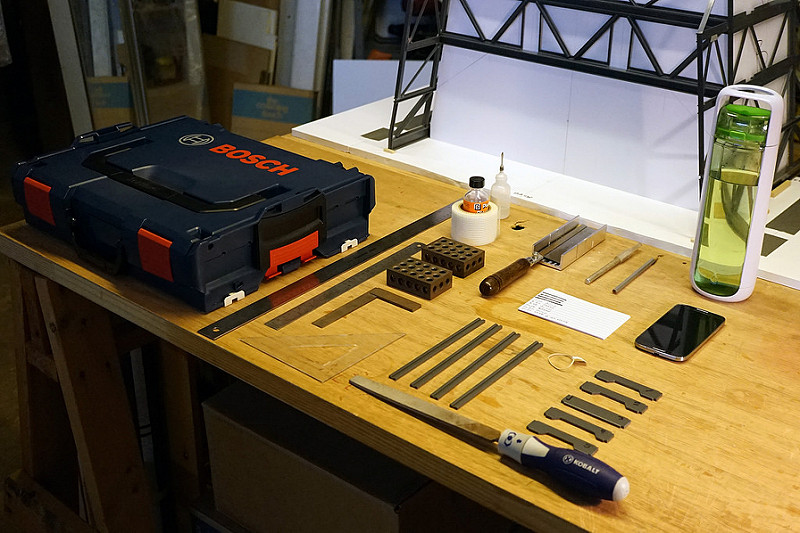 Twenty-three of the approximately 2,000 hand-cut pieces that have gone into the tower so far. 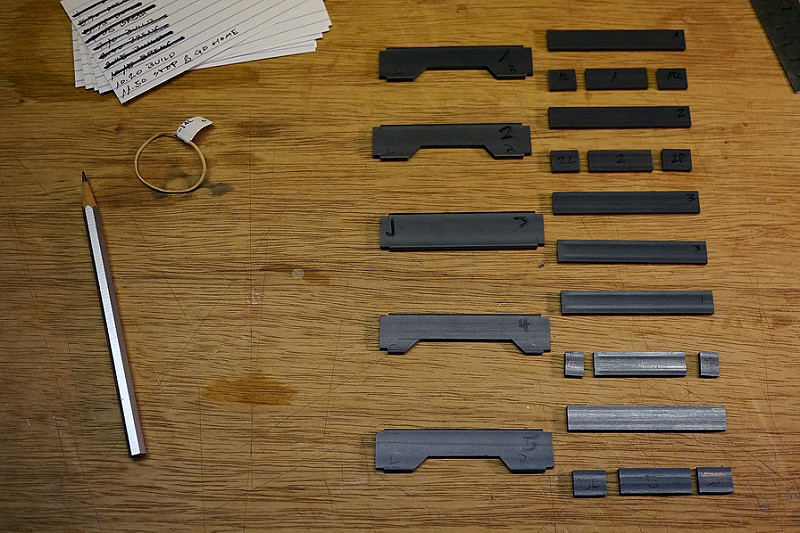 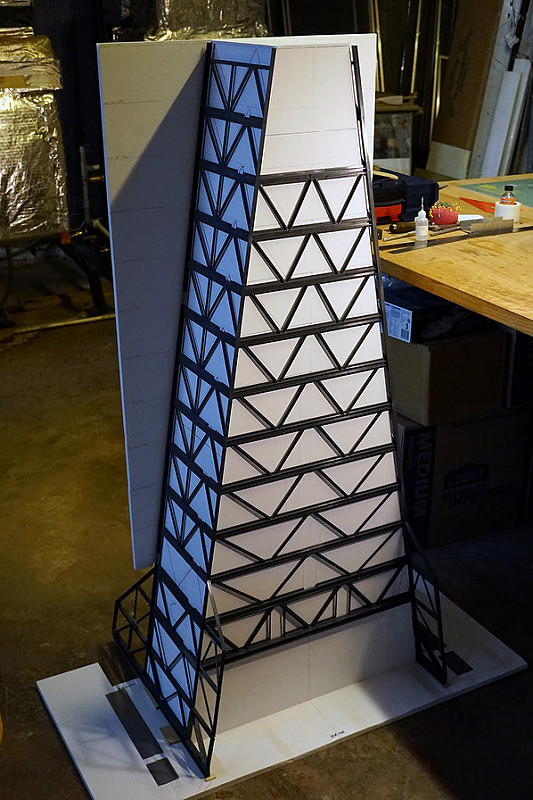 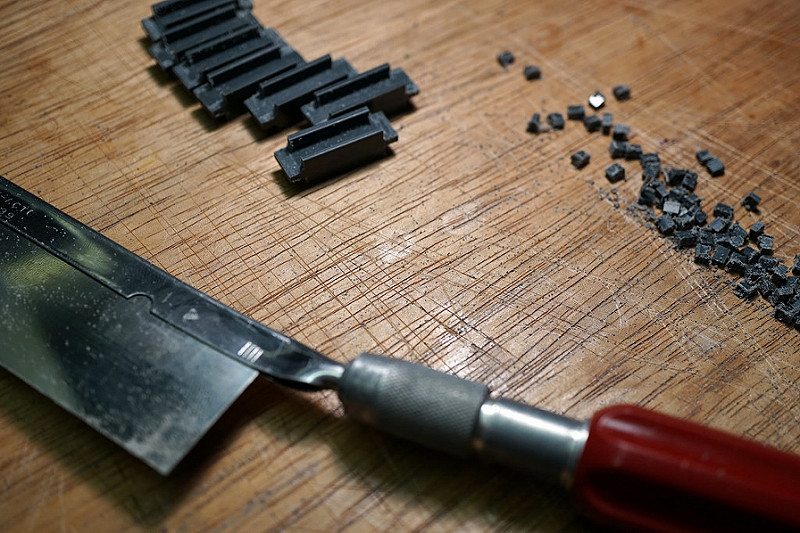 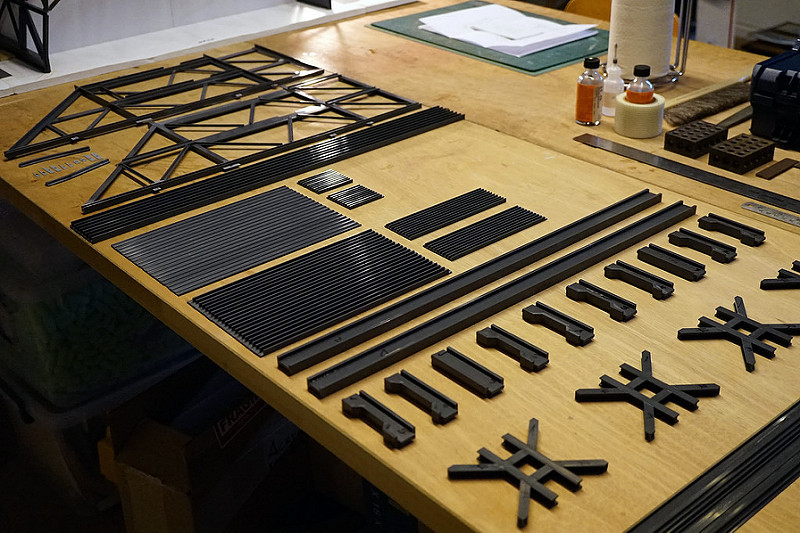 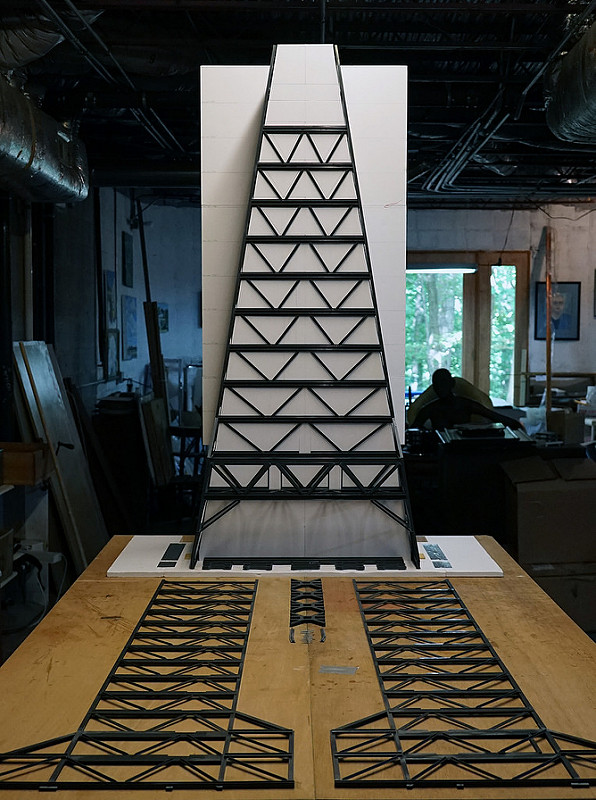 These were perversely satisfying to make, but please don't ask me to do it again. 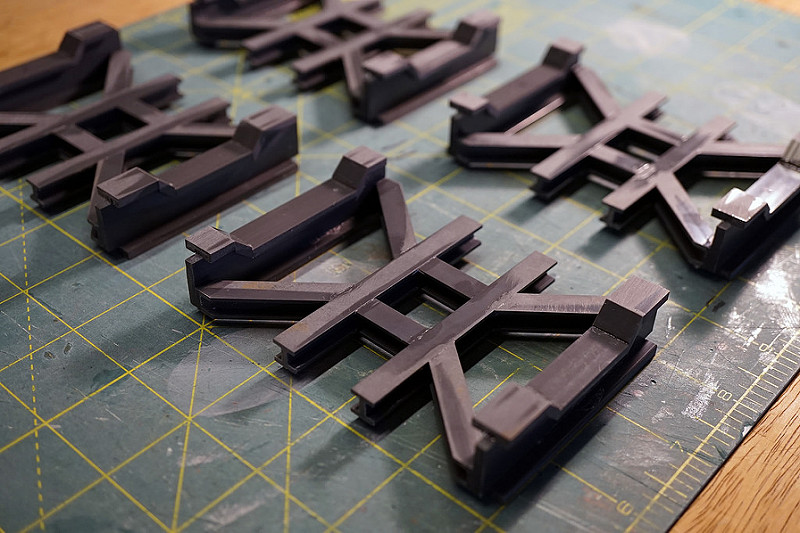 Dave Queener of Cumberland Model Engineering is responsible for these beautifully machined "trucks" on which the service tower will roll. 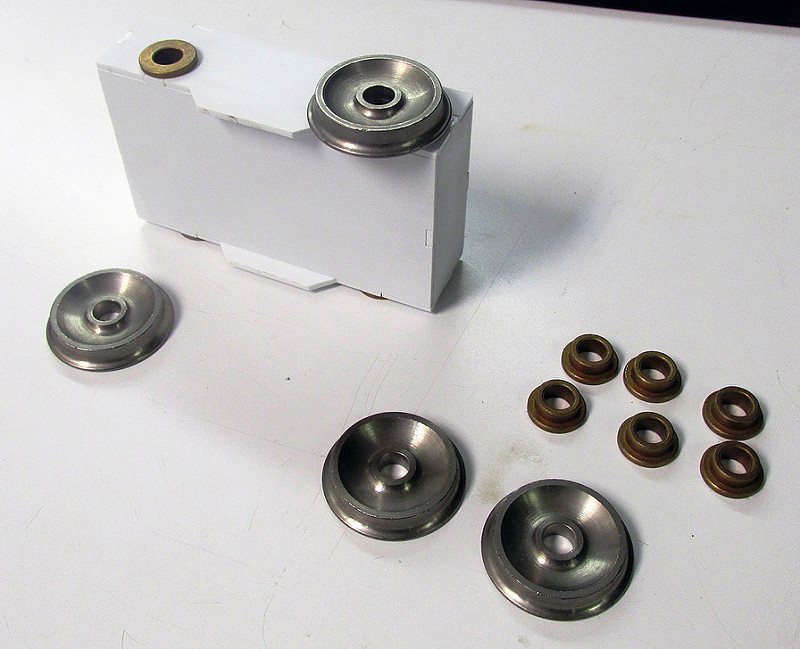 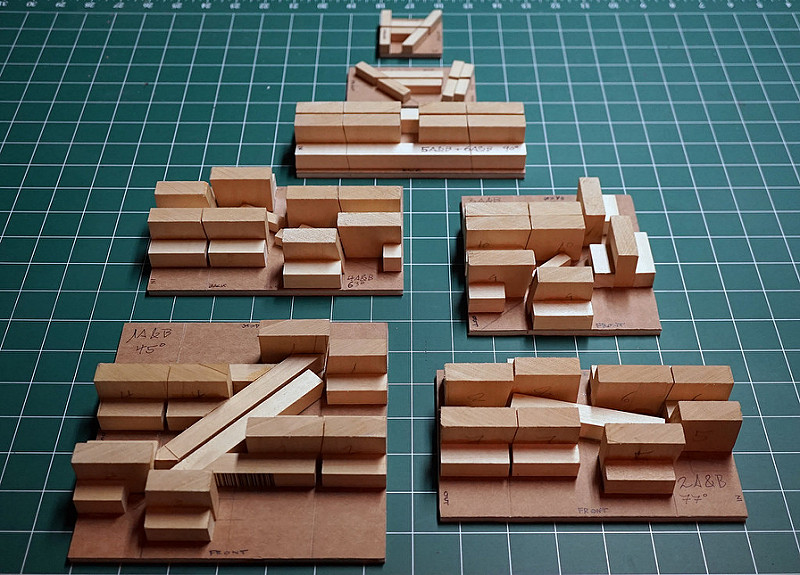 The teeniest of them all. Her name is Gwendolyn and she loves me. 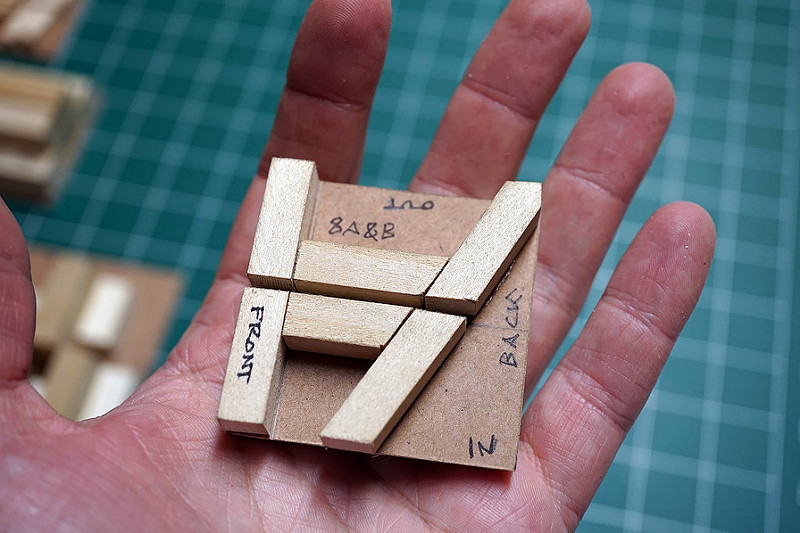 The miter boxes were used to make these parts, which bridge two "layers" of the tower. 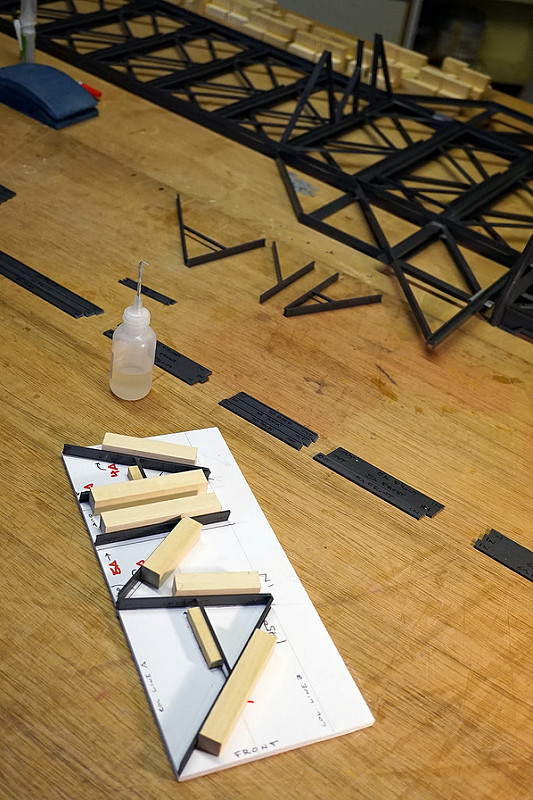 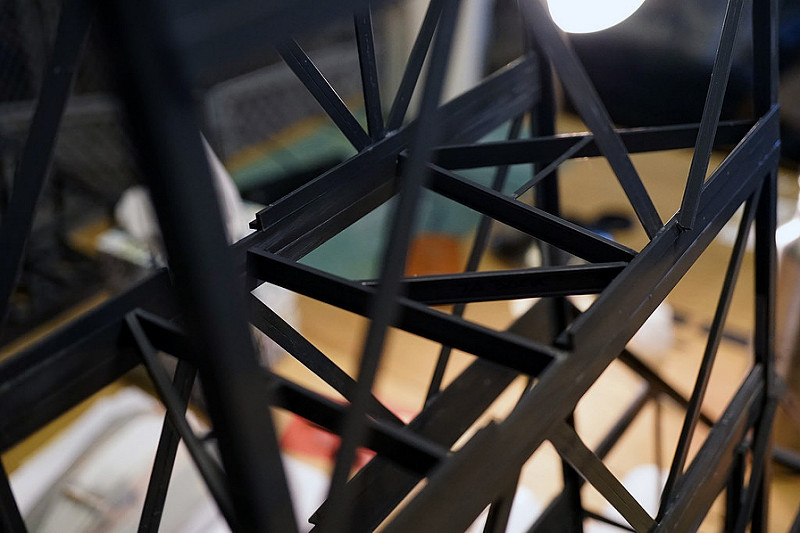 Currently fifty-six inches tall, but she's about to have a growth spurt. 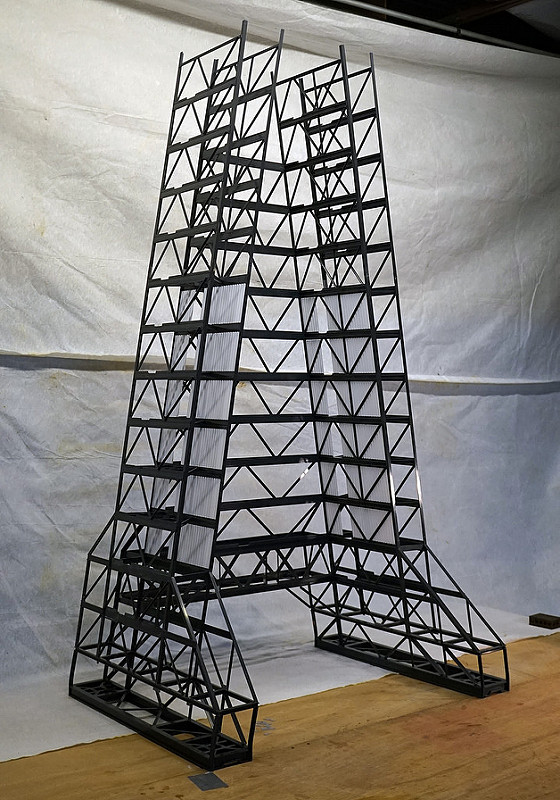 ProfKSergeev said:
Full disclosure: I am also the writer and--eventually--the director, which means I don't have to pay myself for any of this work. Isn't that great?
Click to expand...

Well, as the Director it's great that you're getting your models built for free. On the other hand, as the model builder, it kinda sucks to be working for free!

Stunning, thanks for sharing
D

You sir, are a MADMAN! I got a headache just looking at those jigs and mitre boxes.
N

I am speechless. :eek

Thanks for all the comments, guys!

Started work on the upper section today. Copies of the original blueprints were generously supplied by a Floridian professor of archaeology (!). Without them, this project would have been slightly more impossible than it is now. 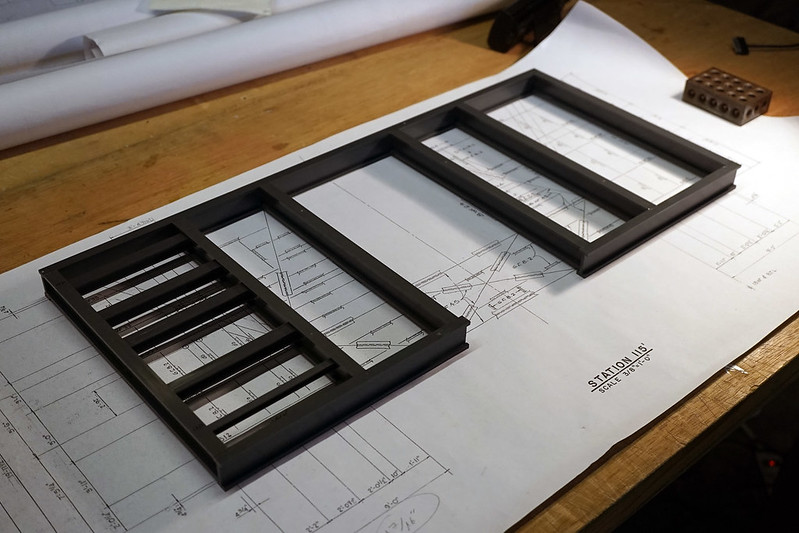 RPF PREMIUM MEMBER
Wow! Gotta follow this. Huge fan of the manned space program and the Atlas rocket has always been my favorite.

Wow!! From a life-long space program enthusiast this is a truly impressive project; I LOVE IT!

Thanks again for the comments, everyone! Time for an update.

I finished adding the girders and then slapped some ABS sheet on one side. This is what you'd see if looking up at the real structure. 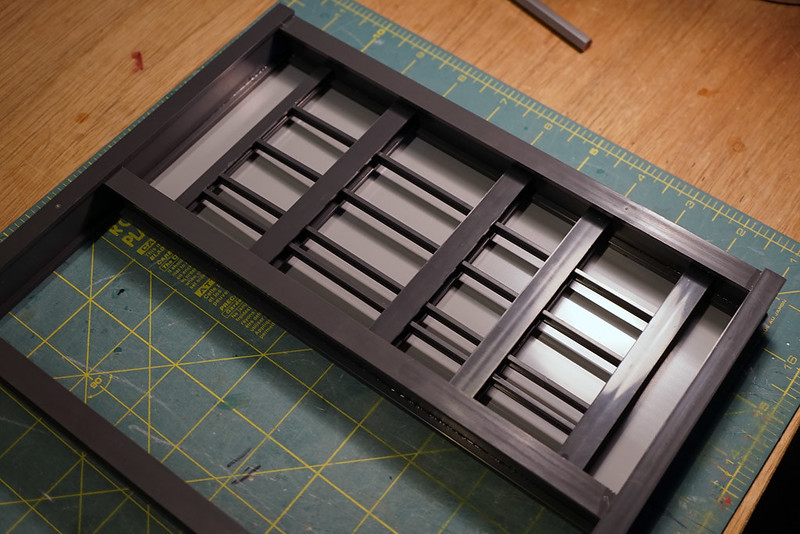 Here we see that same part flipped upside down (or rightside up, I guess) with walls added in 1/8" sheet styrene that's been braced in the corners with square ABS tubing, 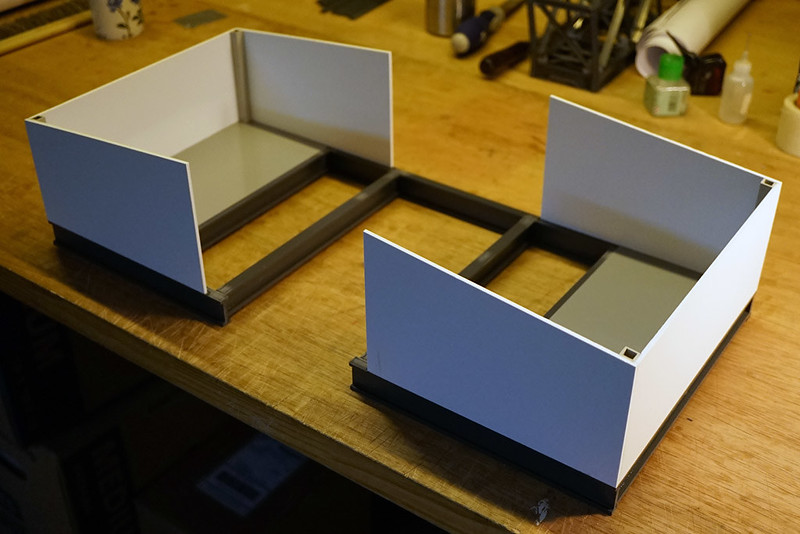 Starting to rough out the tippy-top of the tower. 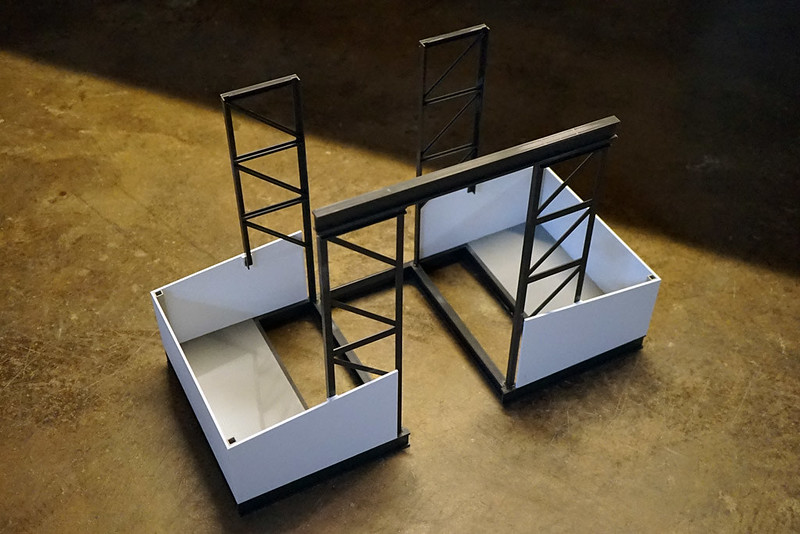 I only stopped because I tapped this guy out. Time to order another pint. 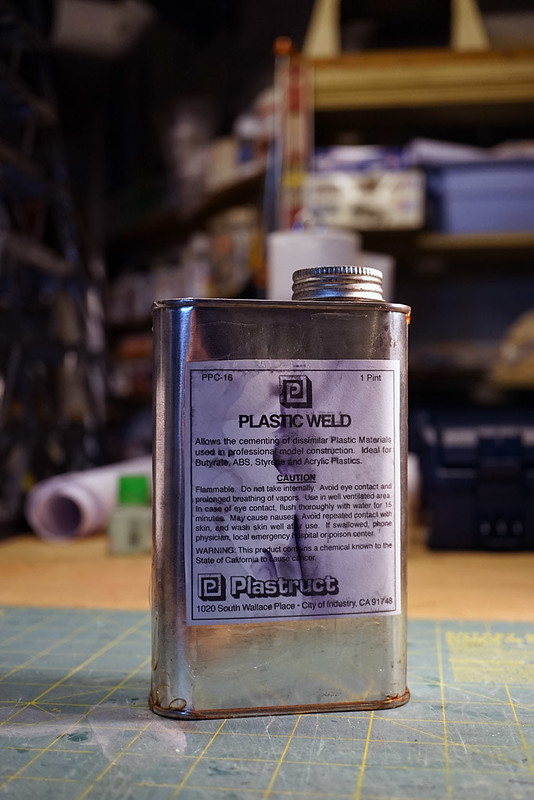 An impressive build at an impressive scale! Love the Mercury Program. Thanks for posting.

Ah yes!! The build with 200 000 pieces (and I thought that I was crazy with my Space Station:eek) Looking quite lovely and I'm just talking about the miter boxes!!
Keep up the good work; I'm eager to see the next update. No word on the rocket yet and what kind of SFX you're cooking for us, but I'm not worry...you're off to a great start!

Thank you for all the kind comments, fellas. Pro Mod, I too love jigs, and I'll prove it!

Tonight I made this little guy-- 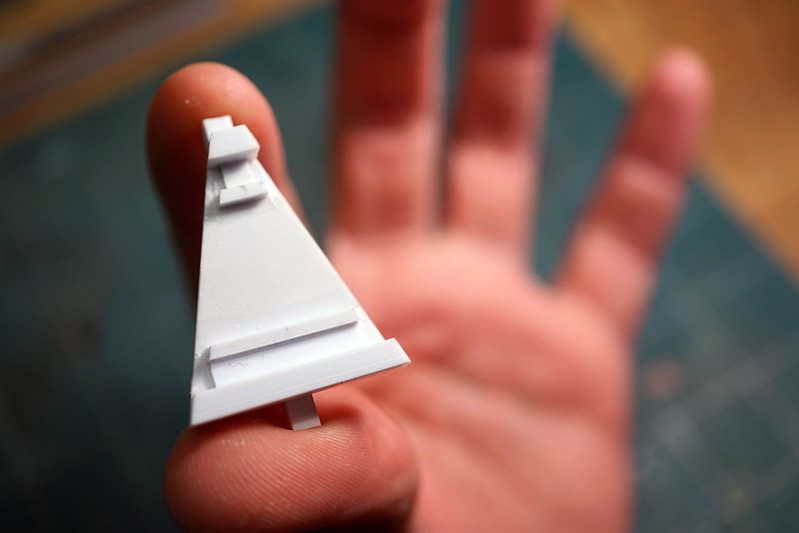 He helped me assemble the open-web truss ... 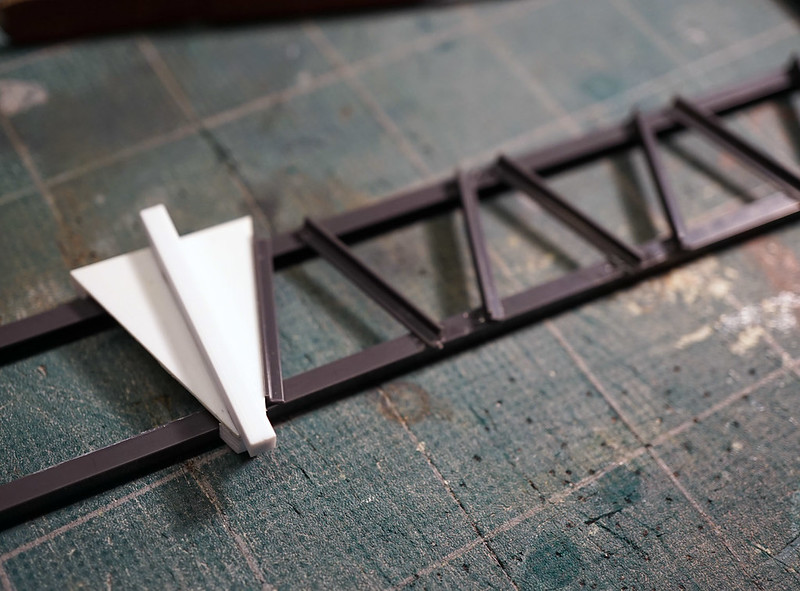 ... that goes around the top of the tower. Here it's held in place by some particularly peaty, single-malt Scotch, uh ... tape. 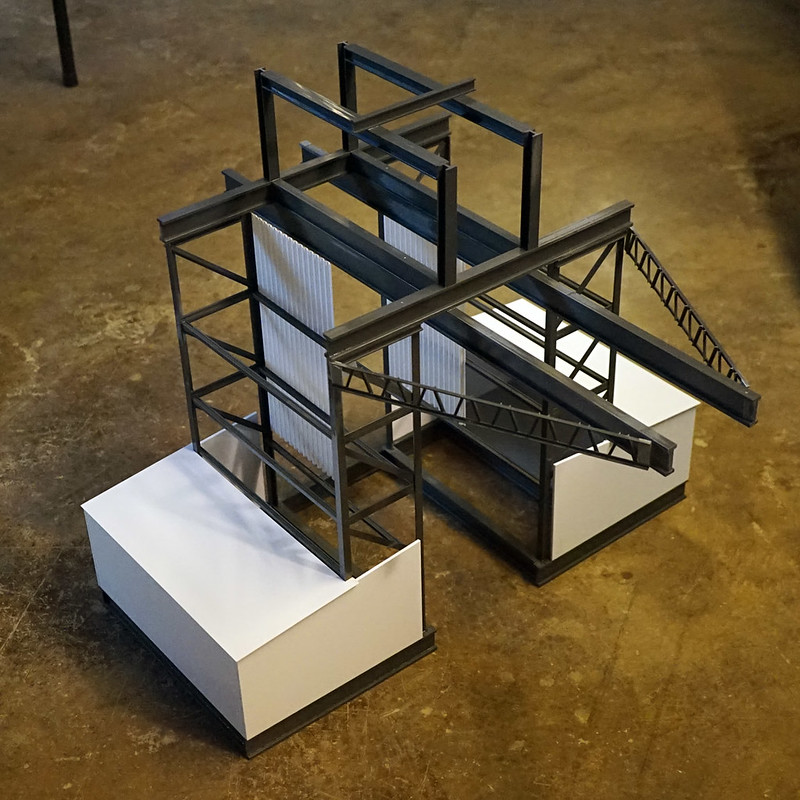 This WIP keeps on giving:cool

Just like my subscription to the Jelly of the Month Club.