A while back I decided to try my hand at doing a few Pepakura models for costuming. My first one was an Iron Man helmet from the new movie. While I like Iron Man, I'm just not into that design, and the model itself was VERY complicated, and I eventually scrapped it. My second one was going to be simpler to try and get a feel for the process, so I decided on a Predator Bio-Helmet file I found. I can't recall where I got the model, possibly on The RPF, but the file says it was unfolded by 'Boba Fett', but if anyone knows, I'd prefer to cite the correct person.

Cutting and gluing it together was fairly easy, due to the models simplicity. But I'm always unsure of what section I should 'start' at, so I eventually did the top and bottom portions separately, and then joined them with the eyes, nose and side areas. That was some tricky gluing, but it paid out in the end.

I'm aware the model itself isn't very accurate in the dome area. The Predator bio's from the first film are alittle wider in that section, and the dome alittle bigger as well, but, as it is, it does a pretty good job. Originally, I was going to work on it to try and make it more accurate to the first bio-helmet, but I've decided to go with how the model looks now, with some tweaking. Not exactly a P1 Bio-Helmet, but definitely in reference to it. I'll probably also use it as a basis to make other custom ones, and work on ones from the films as well, since i don't have a Predator head to do a better fitting too. 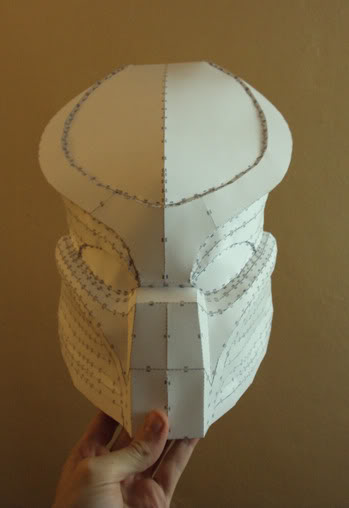 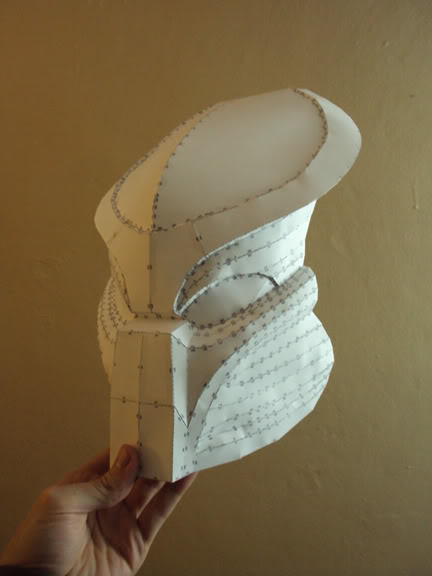 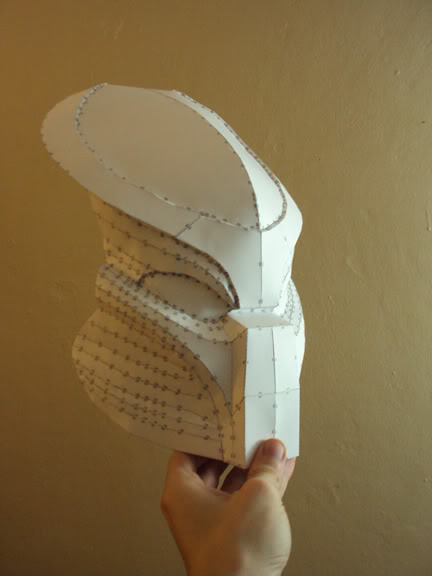 Thats how it was right after gluing. Right now its layers of resin (I went that route instead of fiberglass, as I'm living in an apartment, and winter is in full swing here in Providence), and working up on making the forms. I'll be getting more up to date picture on at some point!
K

Frogman Studio said:
Thats how it was right after gluing. Right now its layers of resin (I went that route instead of fiberglass, as I'm living in an apartment, and winter is in full swing here in Providence), and working up on making the forms. I'll be getting more up to date picture on at some point!
Click to expand...

Hey man... I also am working on doing a pepakura bio helmet... got 3 peices on and gave up, but after looking here I think ill stick with it... do you have any tips on just the pepakura so far? What are those black cross hatches joining the parts together?

Also, can you update pictures and steps on your resin? I too live in an apartment and its also wintertime here in Buffalo!! 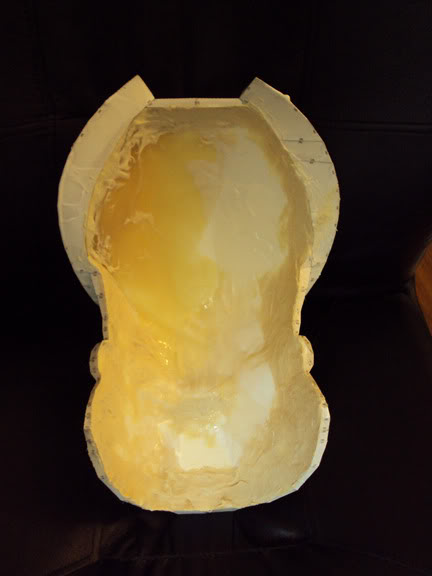 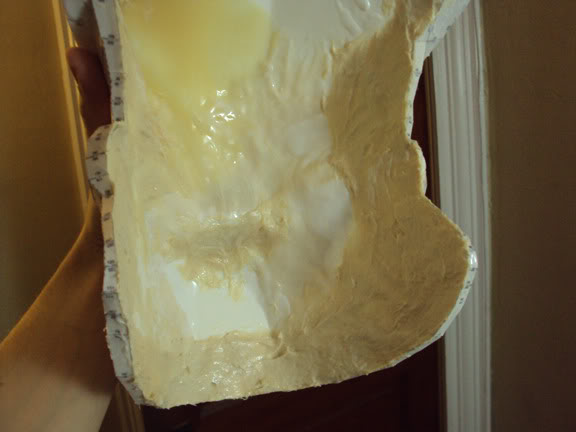 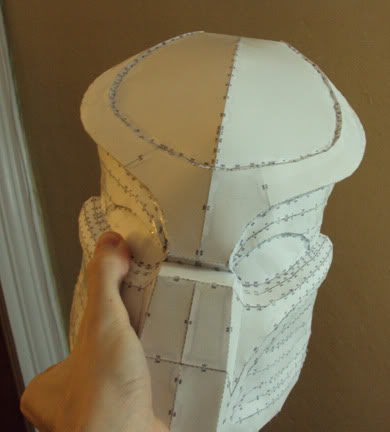 Since the finished model is basically a bowl shape, I just put the liquid resin inside, and slowly turn it about to get areas covered.
I used super glue to do my pep work, so it stood up nicely to the resin. I would recommend any others going the resin route, to use superglue, and if you have any holes or gaps in your paper, put some super glue on it before putting down your resin.

I did this several times, maybe about 5-6 layers, nothing thick. The light yellow color is the Plasti-Paste, I was also making mixes of Resin AND Plasti-Paste, for the thickness of the paste, but the faster set up of the resin. I have noticed however, that after curing, Plasti-Paste seems to give off some sort of liquid. A few times I've put the helmet face down, I've come back in the morning to see a very small pool of liquid. It stops after a few days, its possible its still curing in the middle, and the discharge is just a product of it.

In any case, I use the Plasti-Paste to get a thicker build up faster, as resin is MUCH more expensive than Plasti-Paste, and thicker.

I'm now on the sanding and building up stage, more pictures to follow!