My props, projects and finds.

RPF PREMIUM MEMBER
I wanted to put together a thread that I could start posting my prop builds, current projects and cool finds and post them on one location and update as things progress over time. I have several projects that have come and gone, but wanted to start a thread from here on. I'll post my favorite prop my all real parts Obi first. If anyone is interested to know I got the stand off Etsy. 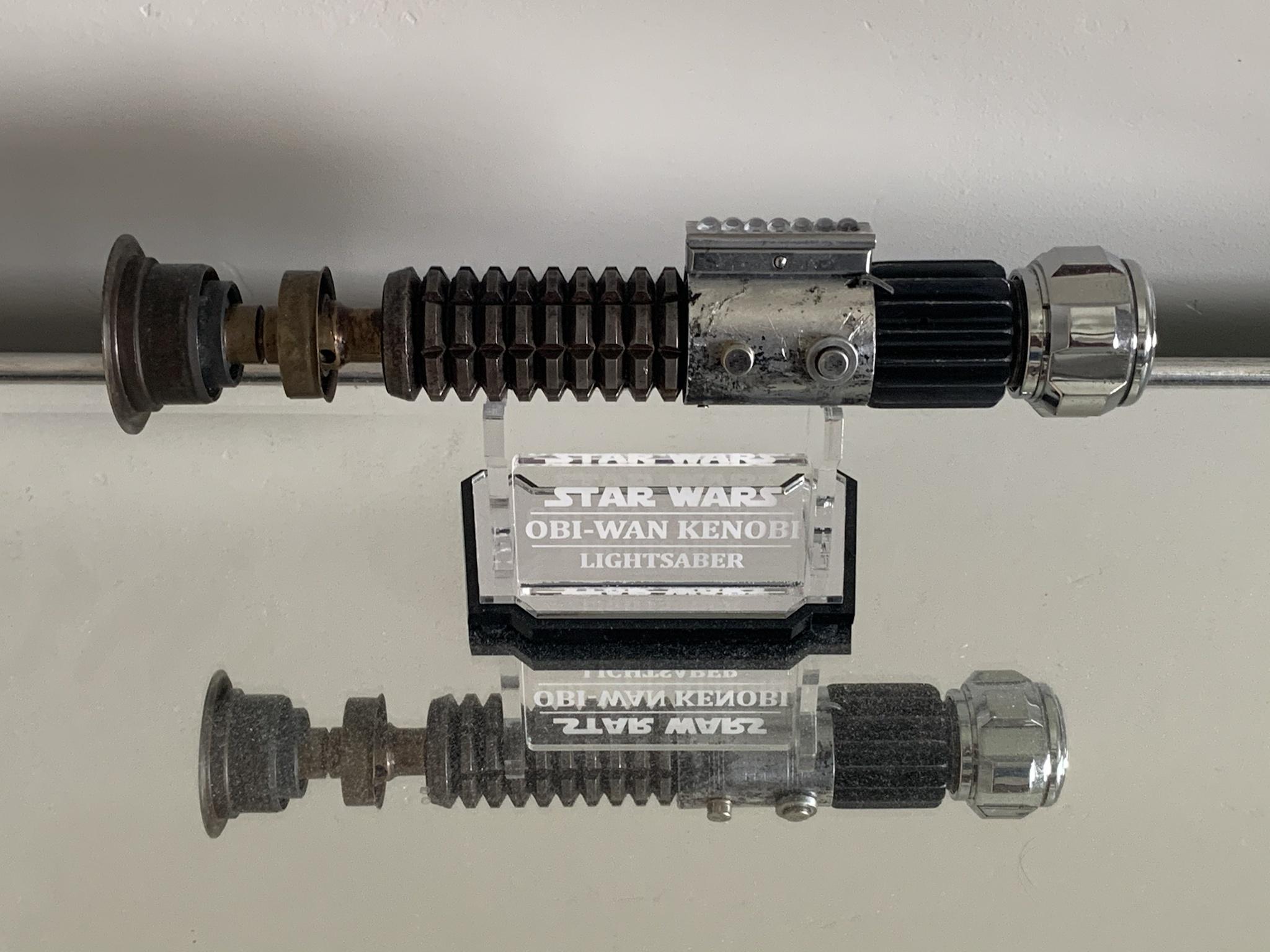 RPF PREMIUM MEMBER
I have made several sets of these Vibro axe parts for forum members and this week decided to make myself a set to go with the Cannon connector that I found. I had two, but sold one to a forum member who I made a couple sets for and I felt he deserved it. 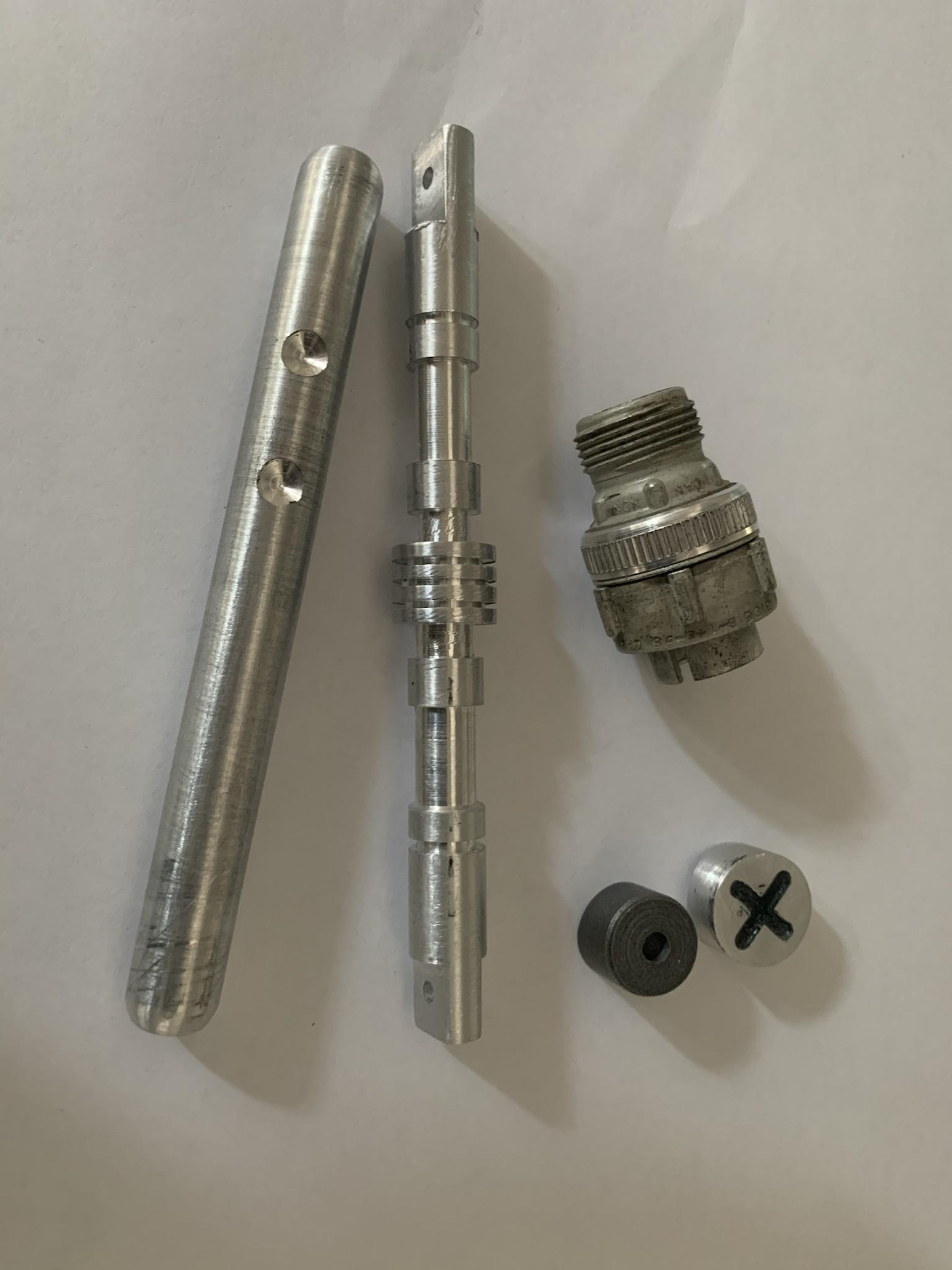 Thanks Chris, I see all these cool collectors with awesome stuff with a neat thread and I wanted to do the same. Nothing wrong with a little show off thread. Plus I want a history with my own stuff in one place. I have a cool find coming soon and I want to share it somewhere. 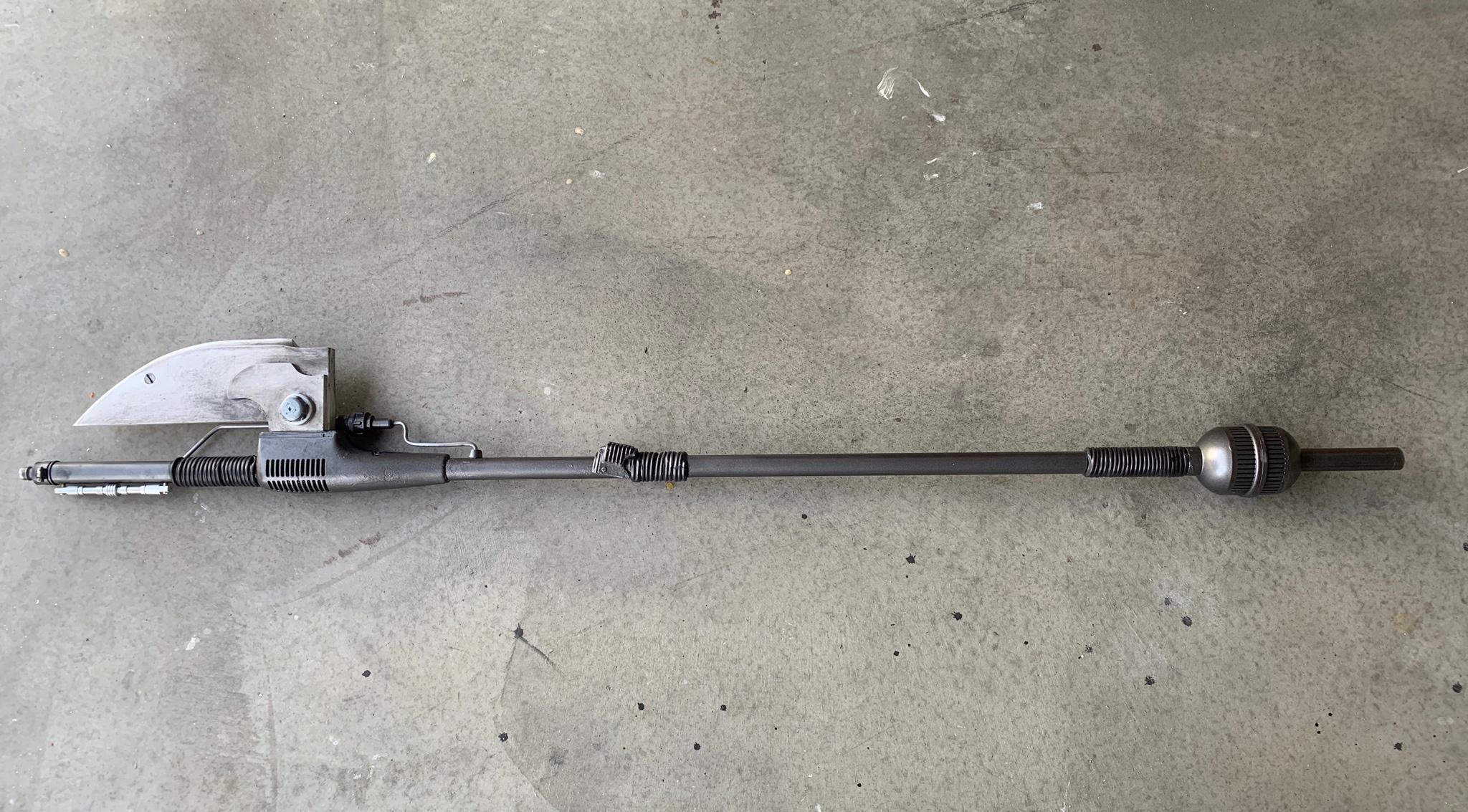 RPF PREMIUM MEMBER
I got two Falcon bottles in the mail today. They aren't too impressive, but they are getting difficult to find. They are seen in the Cantina Scene in many shots. Probably my cheapest real vintage prop find at $10. 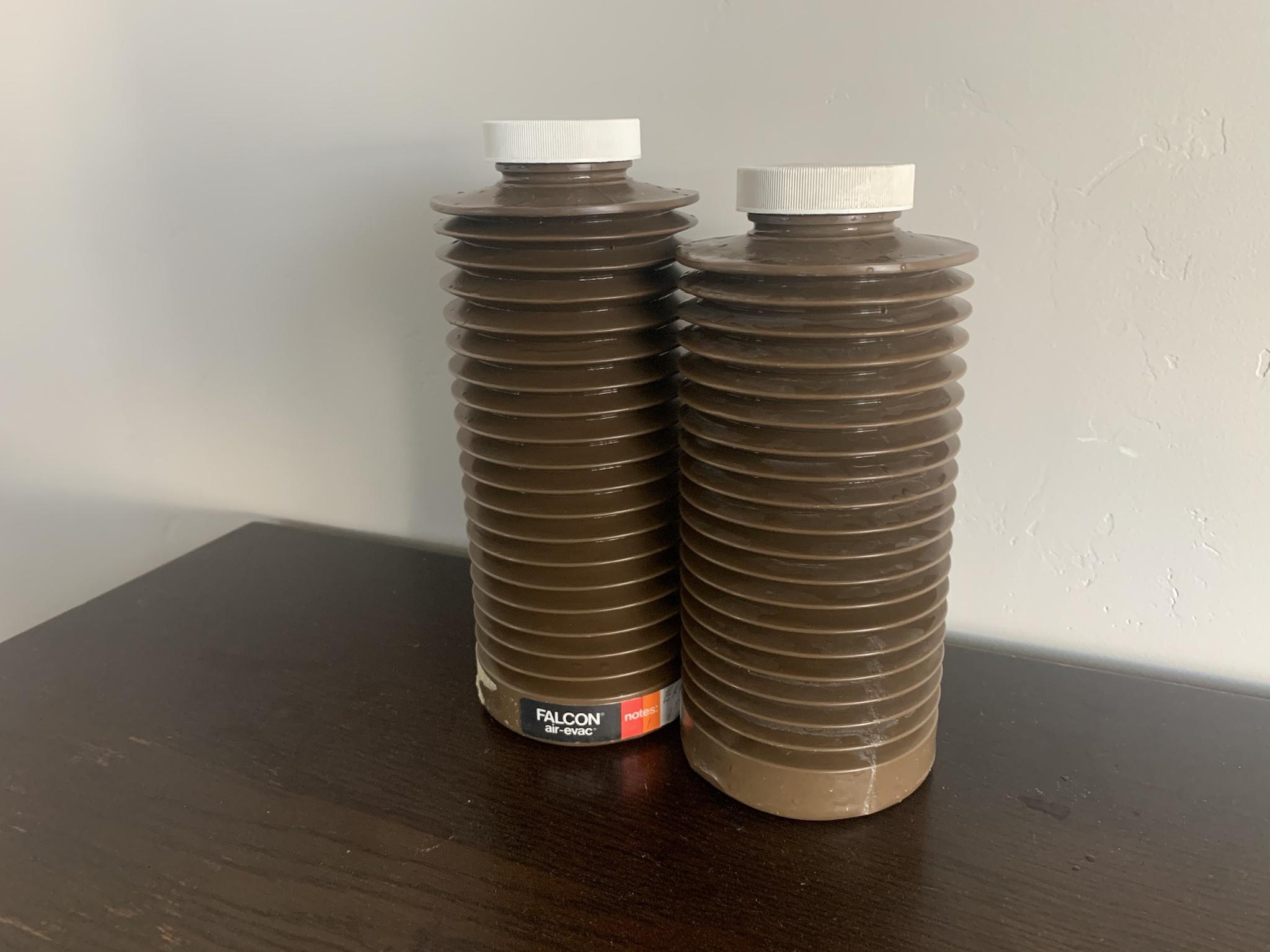 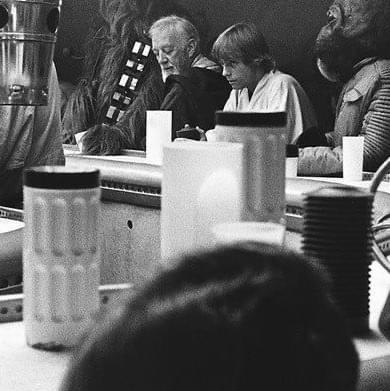 RPF PREMIUM MEMBER
Look what just showed up at the house. 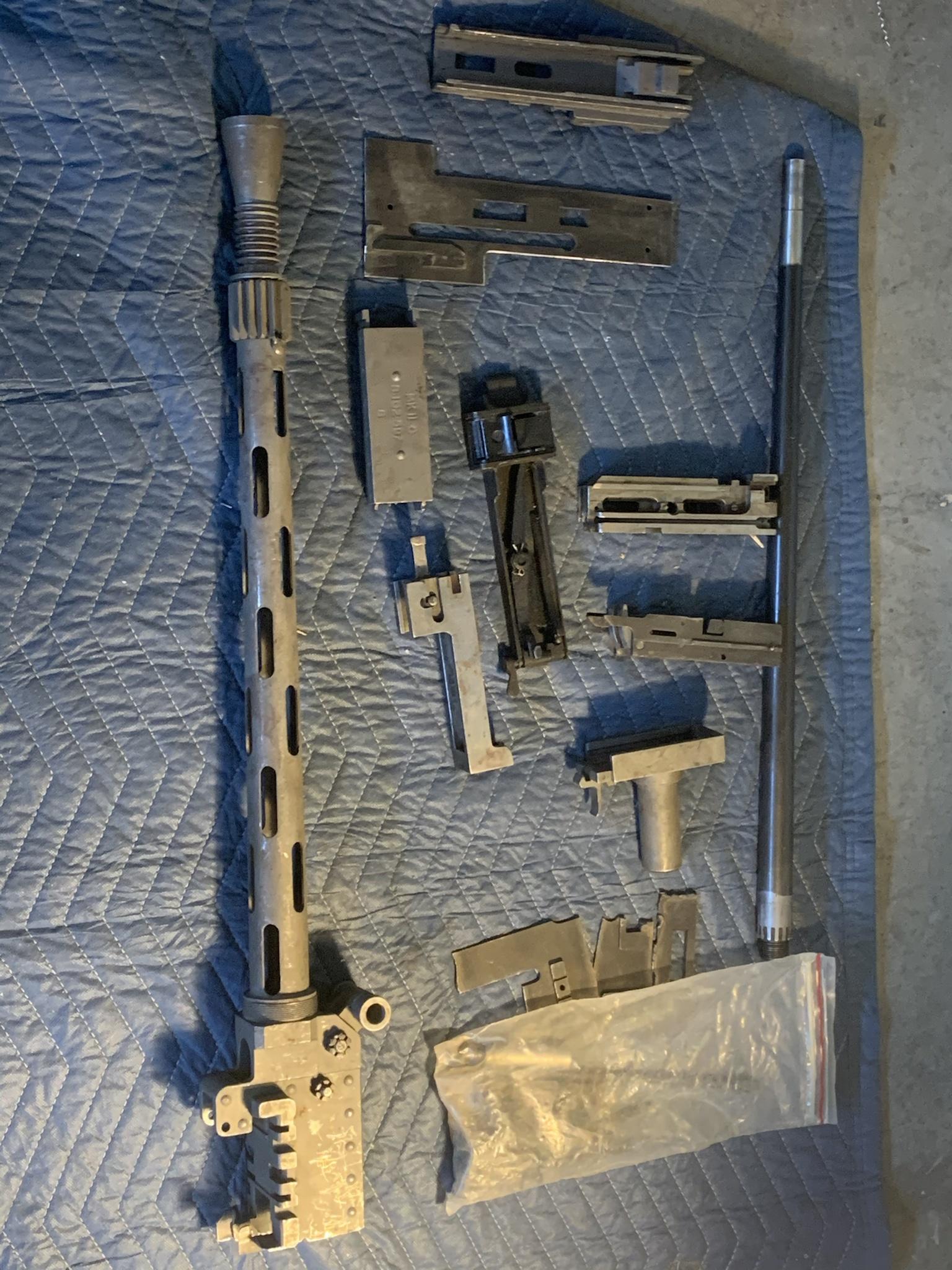 You're the one that got it lol.

NathanM said:
You're the one that got it lol.
Click to expand...

It was a real fight trying to tell myself no, I lost. Lol

I tried contacting that guy so many times just to ask what exactly he wanted for it, lol. He never responded. Oh well, at least someone here got it finally.

NathanM said:
I tried contacting that guy so many times just to ask what exactly he wanted for it, lol. He never responded. Oh well, at least someone here got it finally.
Click to expand...

After I got the gun I noticed the guy gave me his card. I called and asked a few questions. He said he had about twenty guys messaging him about it. Most of them asking to sell the booster and flash separately. Thanks Nathan!
Last edited: May 24, 2021

RPF PREMIUM MEMBER
I decided to take off the booster. I have talked to two guys now who have had to cut the barrel jacket off to remove the booster. This might not always work but for me all I did was spray degreaser WD40 all over it the night before, then let it sit overnight. The next morning I cut the weld with a Dremel cut off wheel pulled up the pin with a flat head screw driver and the booster unthreaded with just a little pressure. It came out great and I'm very happy with it. 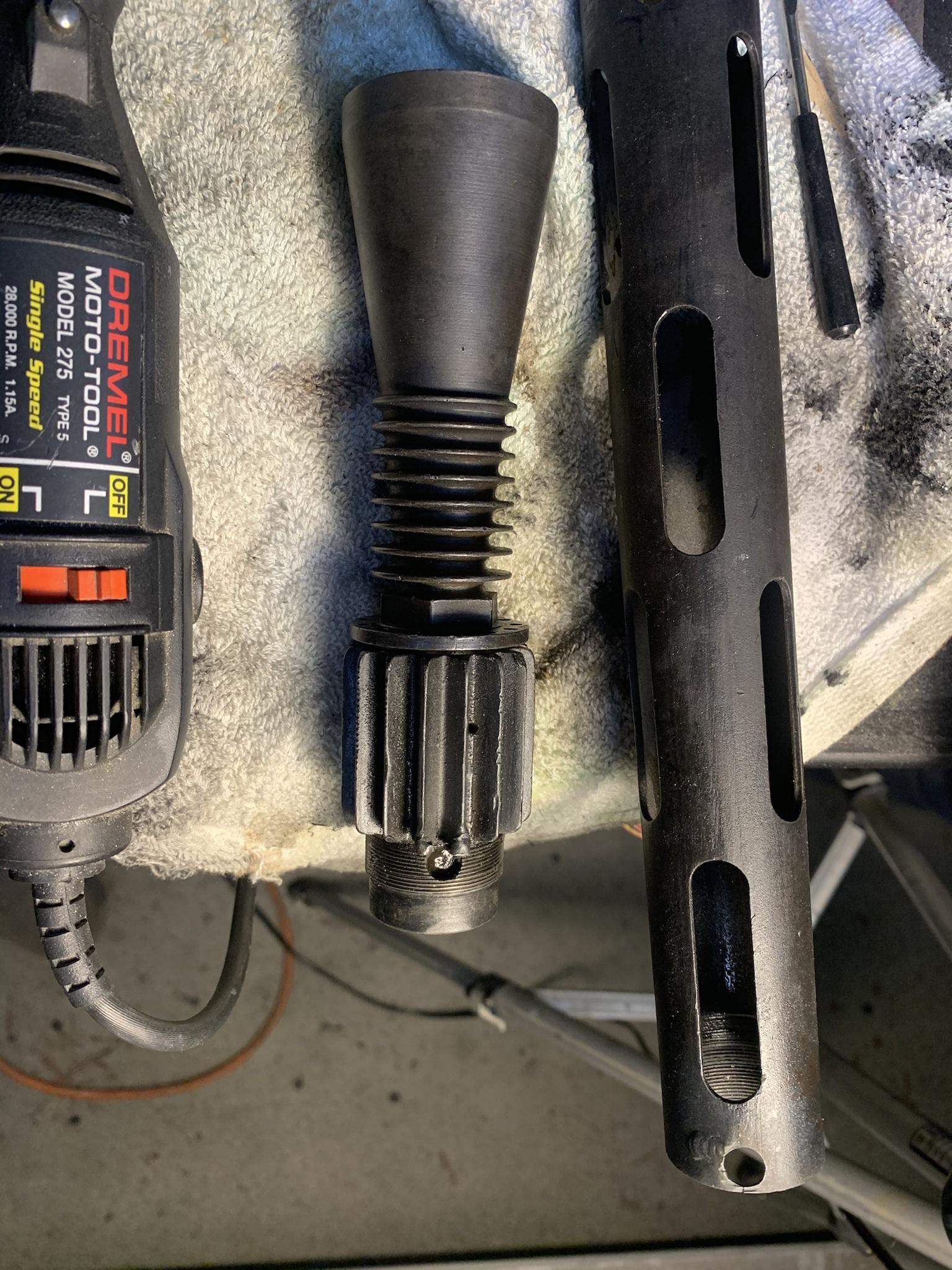 RPF PREMIUM MEMBER
I have decided to build a Merr- Sonn Munitions Inc GRS-1 snare rifle. When I was a kid Zuckuss was my favorite action figure. I saved all the UPC symbols I needed, mailed them in and got Zuckuss in the mail. Kenner messed at the time and switched names on the two bounty hunters and called Zuckuss 4-Lom. They also cut the barrel off the toy gun that came with the figure which I actually really thought it was a cool looking gun. 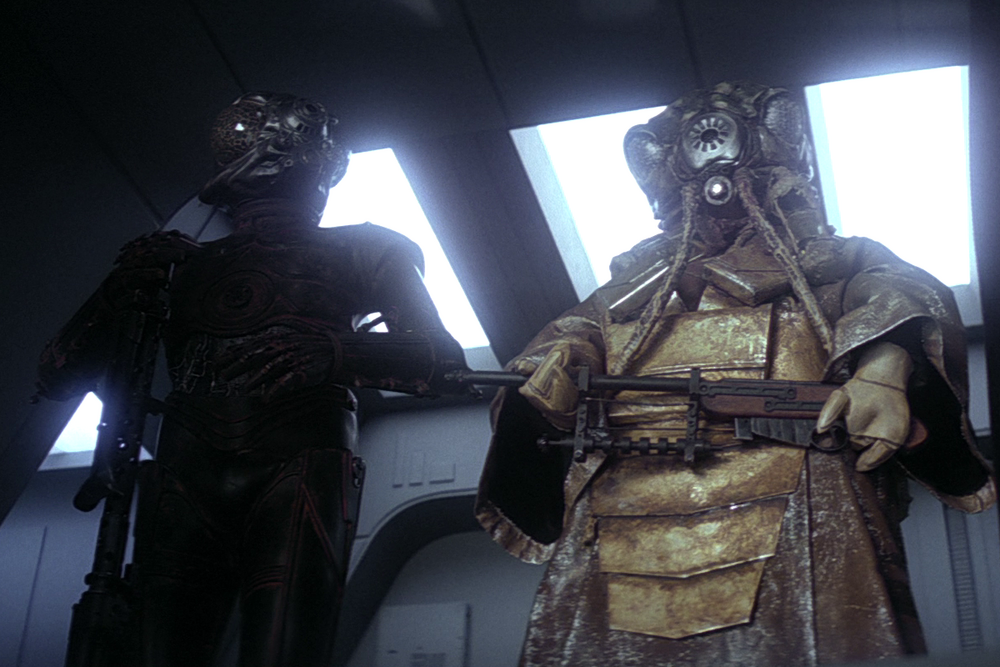 I started off gluing boards together for the gun stock which I ended up milling down because it ended up being to thick. I then worked on the making a flash hider and the part that looks like a large crank shaft. I found a nice 3/4" gear to slide onto the end of it.. 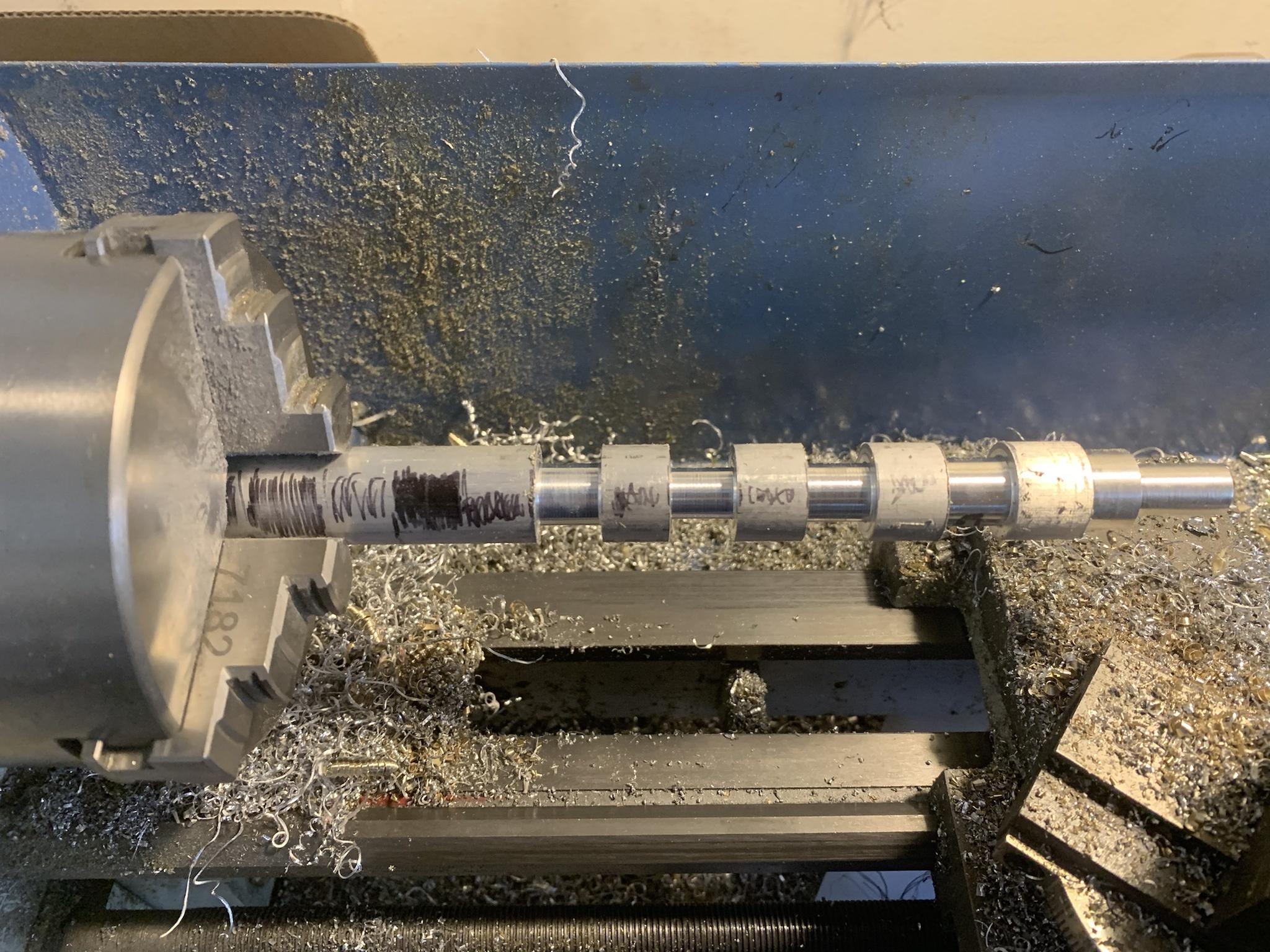 I ended up finding some 3/4" steel pipe and with a little sanding and bluing I had a gun barrel. Then I needed to mill a slot in my stock for the barrel to fit. 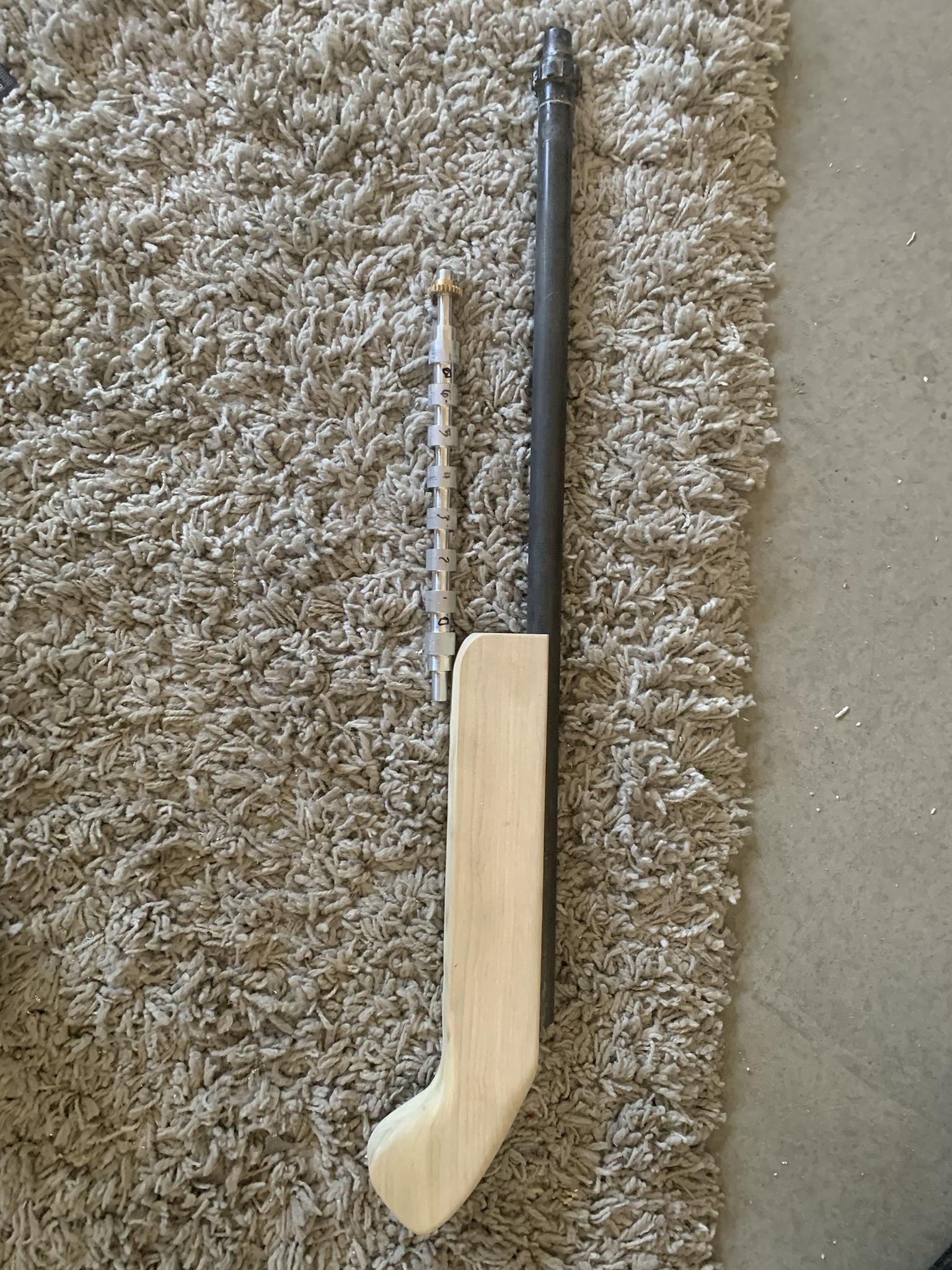 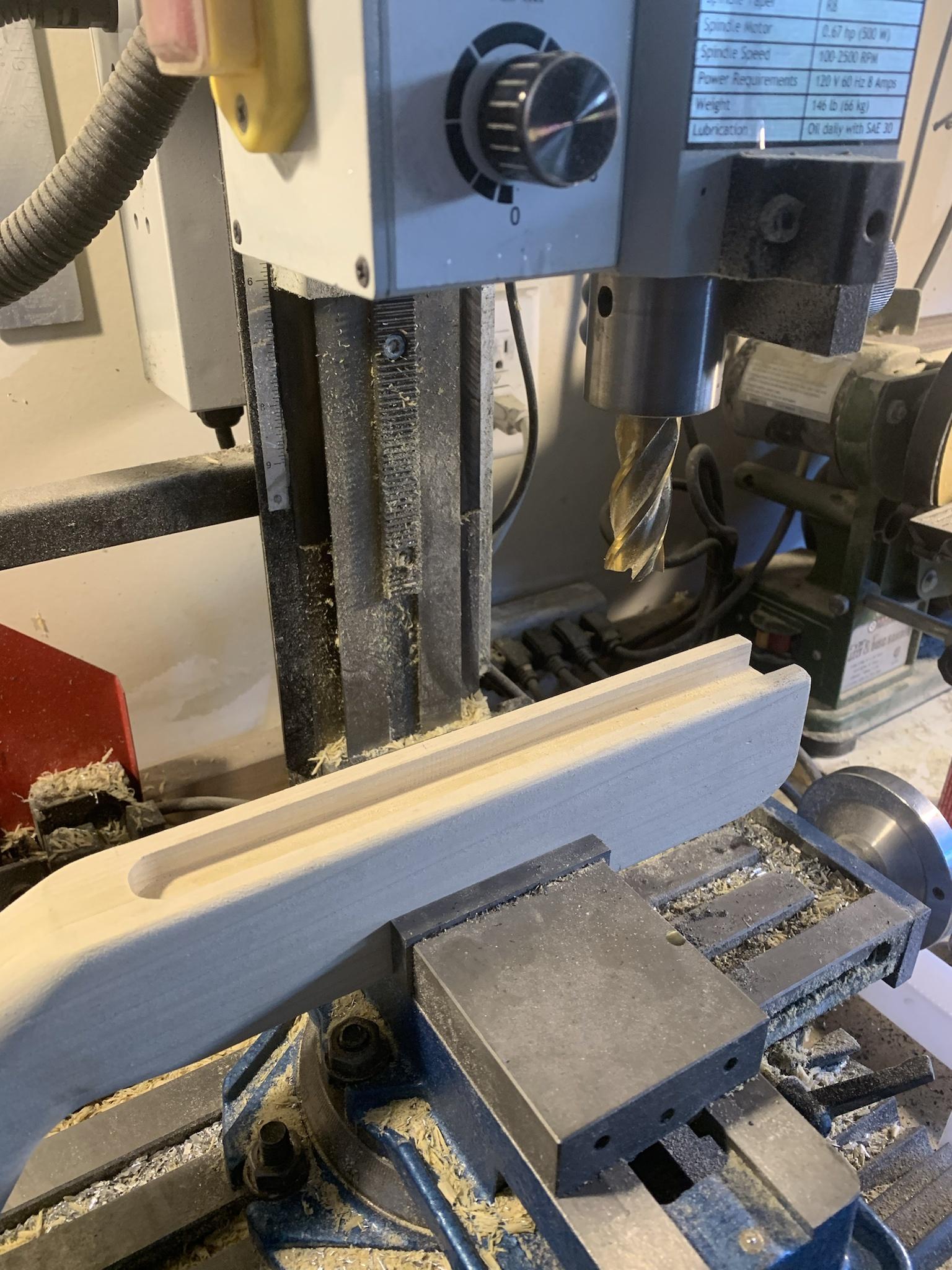 Found a magazine that looked the correct size after searching for vintage gun magazines one night. I ended up getting a Enfield SMLE rifle trigger to use. The Enfield magazine was too small with the incorrect marking locations so ended up making one out of 3/4" thick piece of raw aluminum. Then counter sink and bolted that sucker under the barrel location. 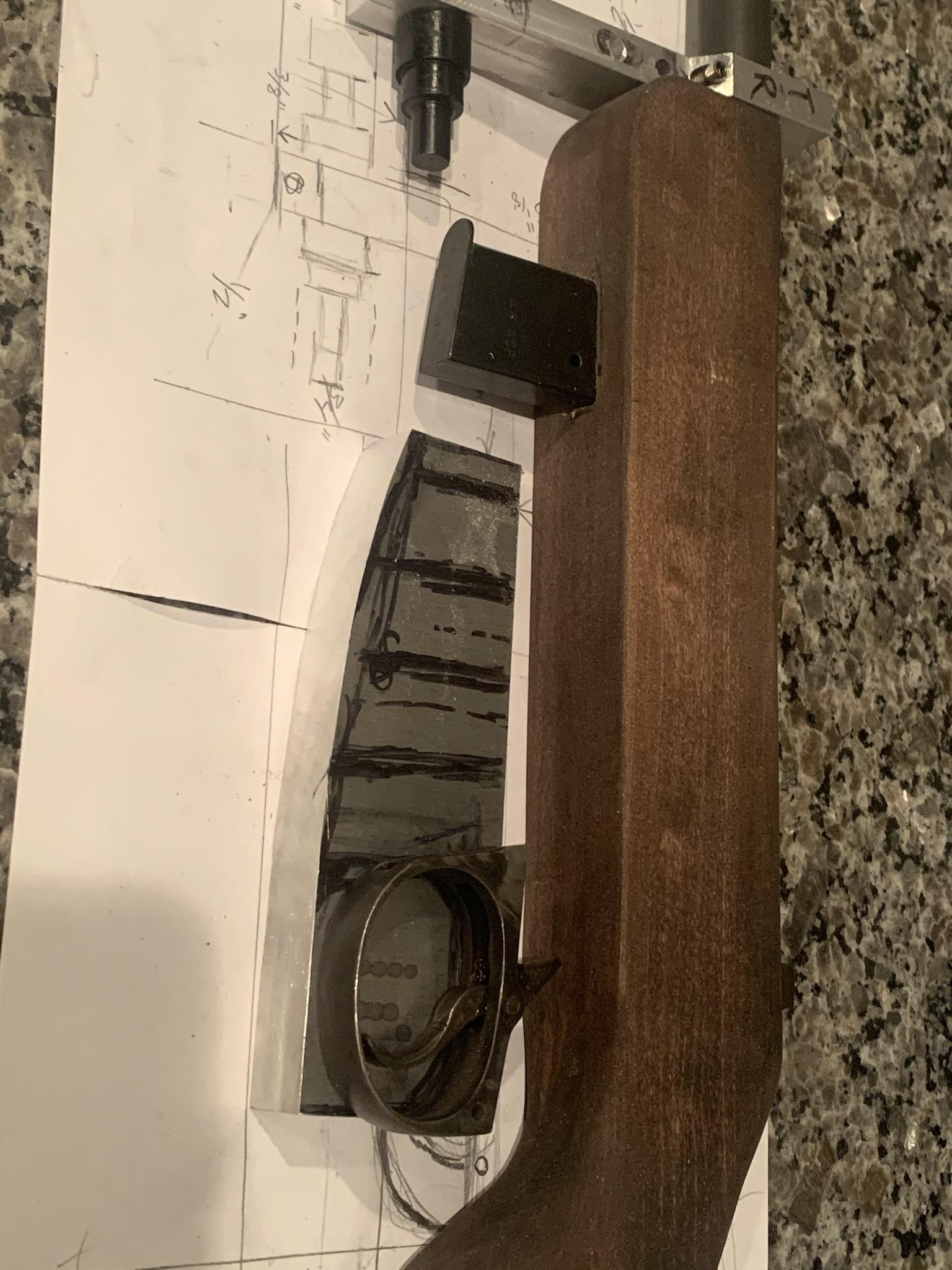 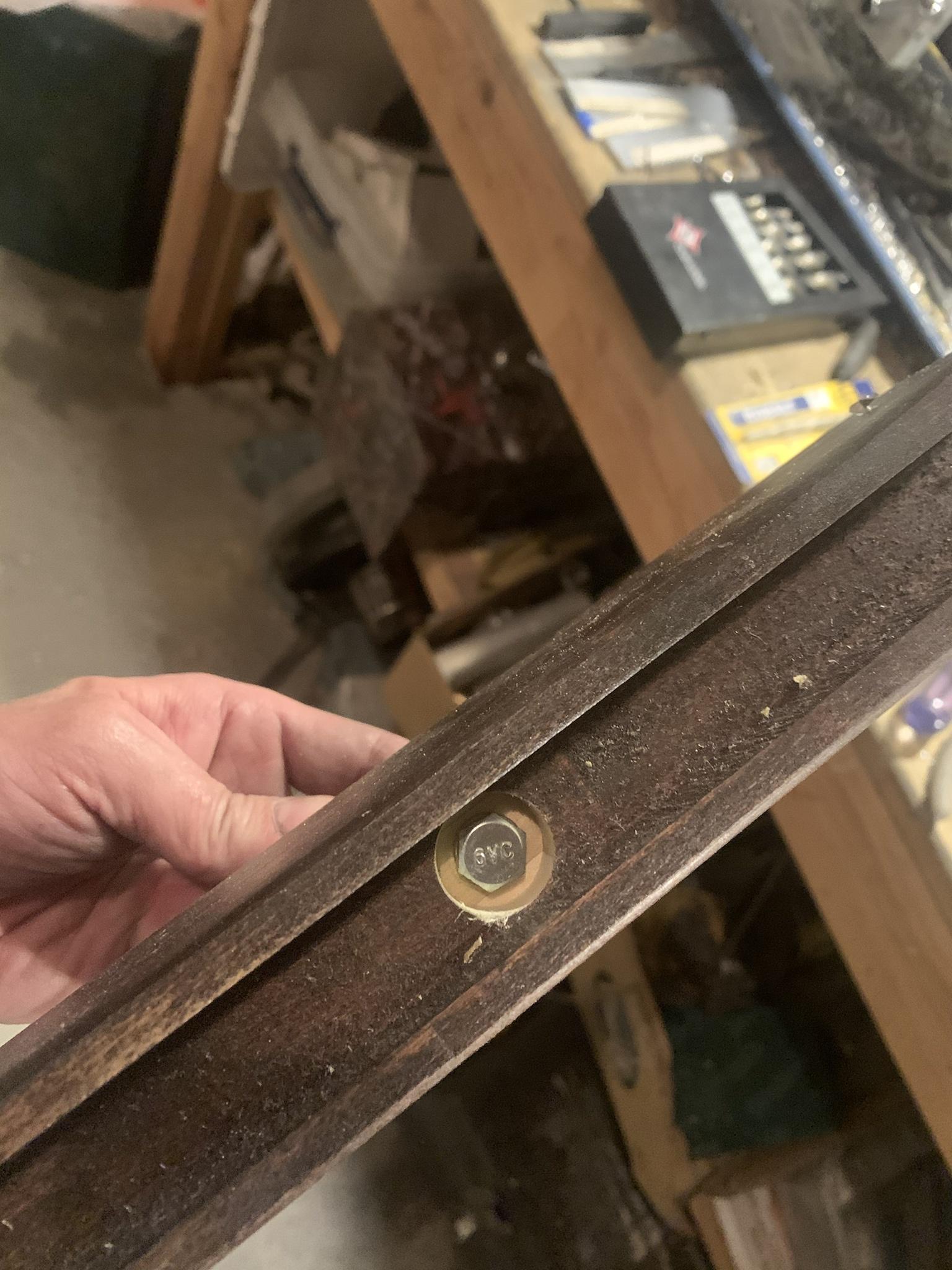 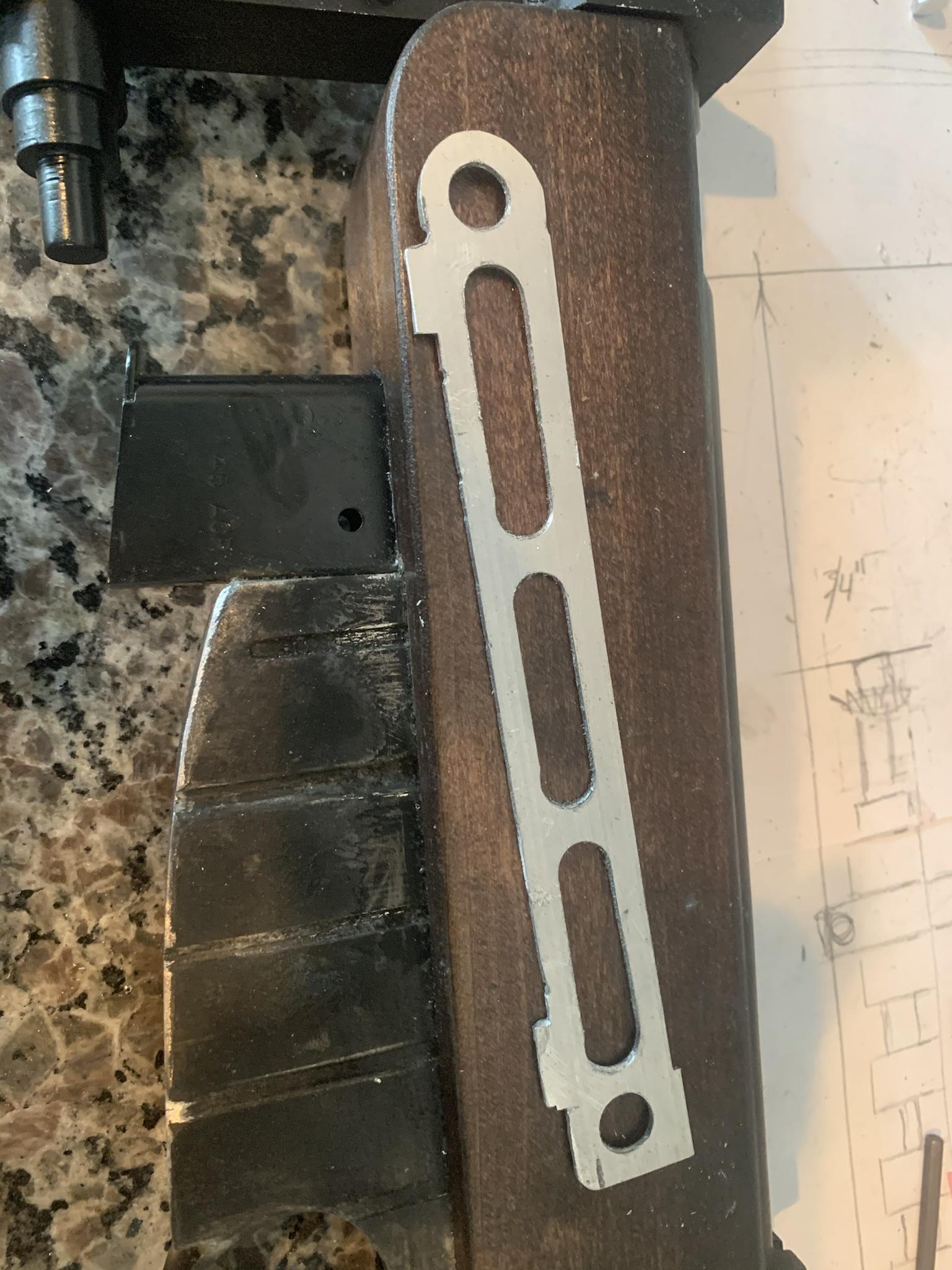 Towards the end I decided the back end of the gun was just too plain and boring and with Zuckuss covering the back end with his hand in basically the only screen shot you can get I decided to do a little interpretation. I made a gun sight from parts of my Enfield rifle. It's held with one screw so I can easily remove it if desired. 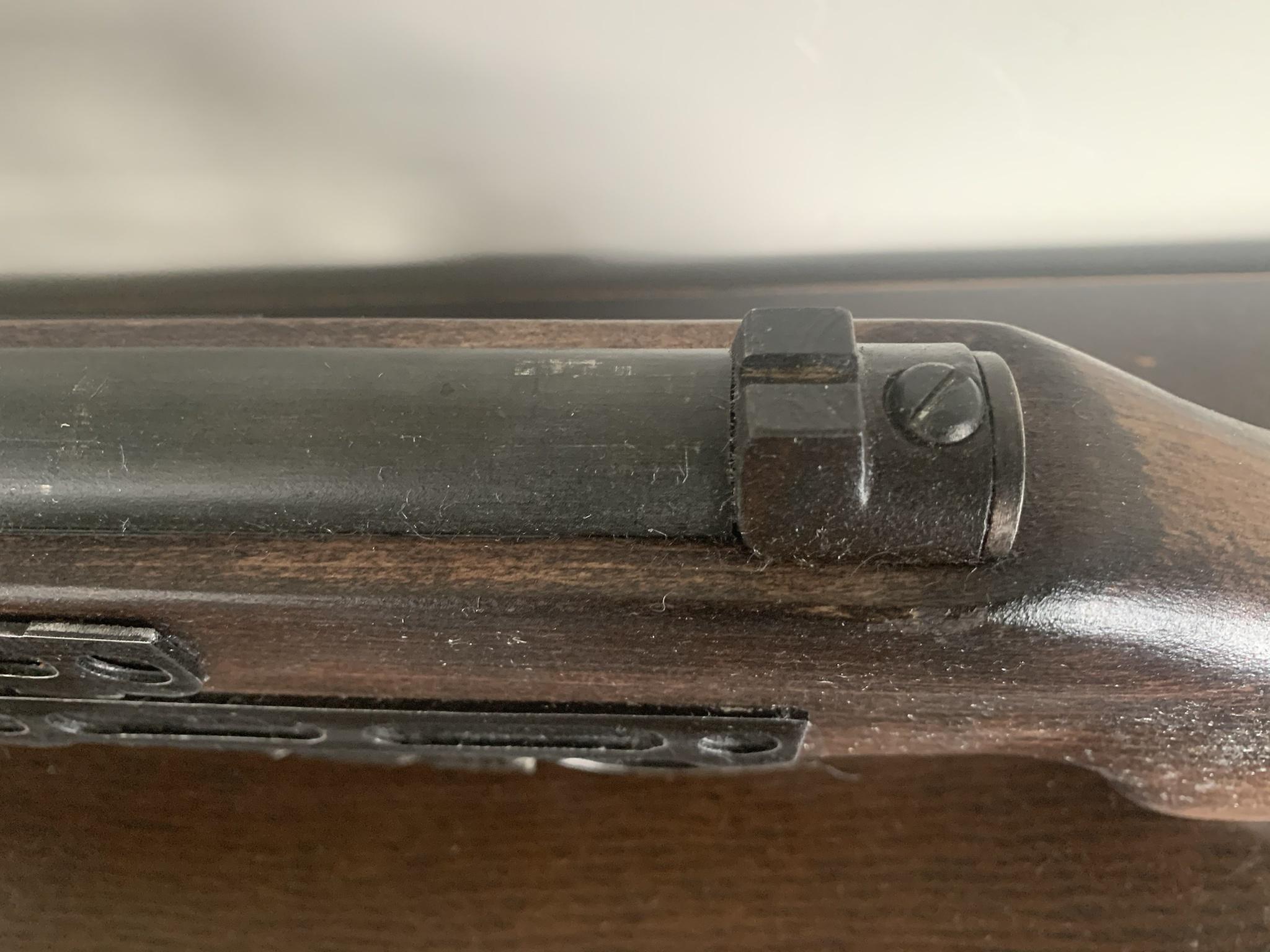 After lots of sanding, painting and details I finished it. I also drilled out space in the stock and made a small leaf spring so the trigger would actually have some tension instead of just flopping around doing nothing. 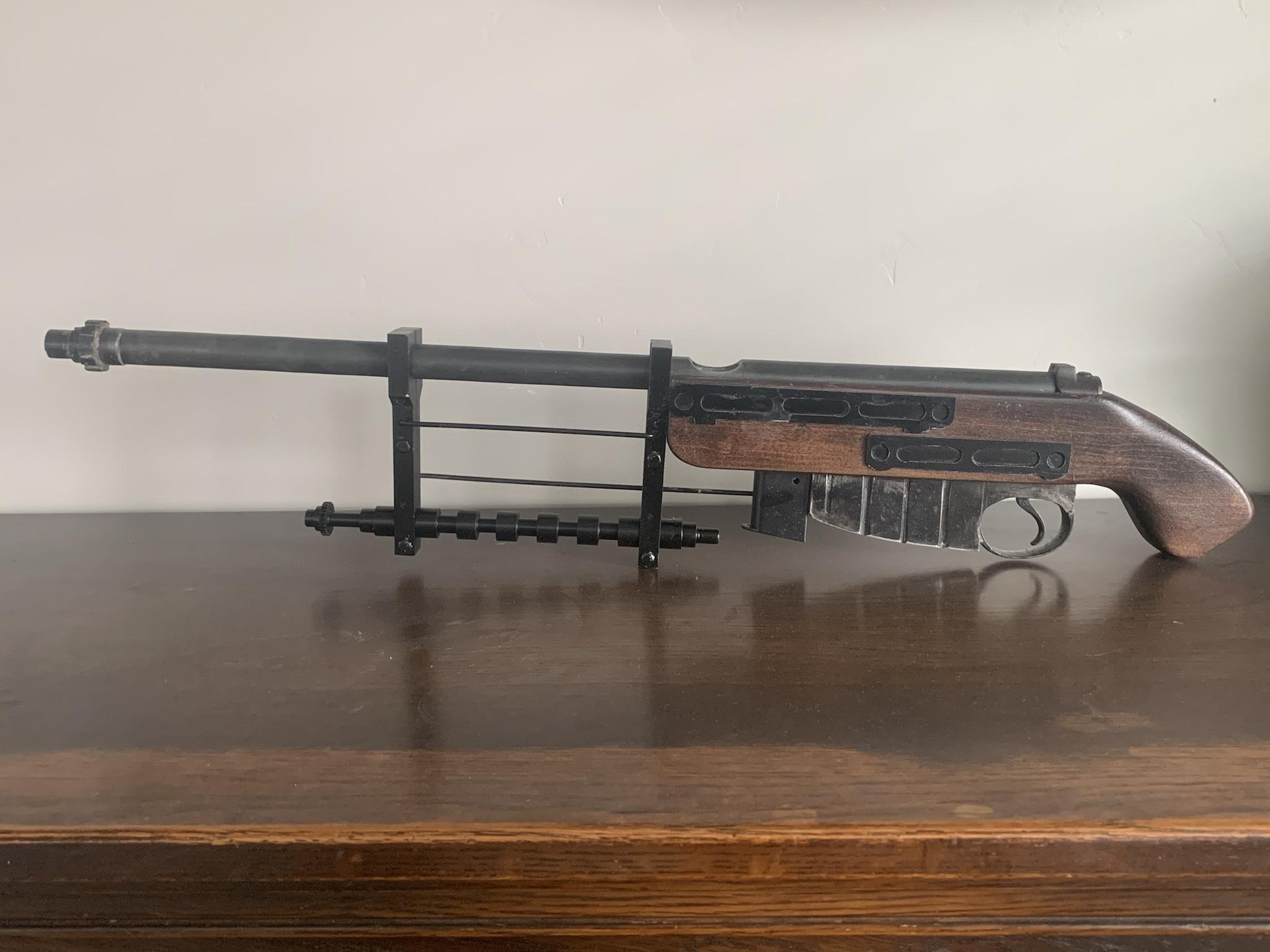 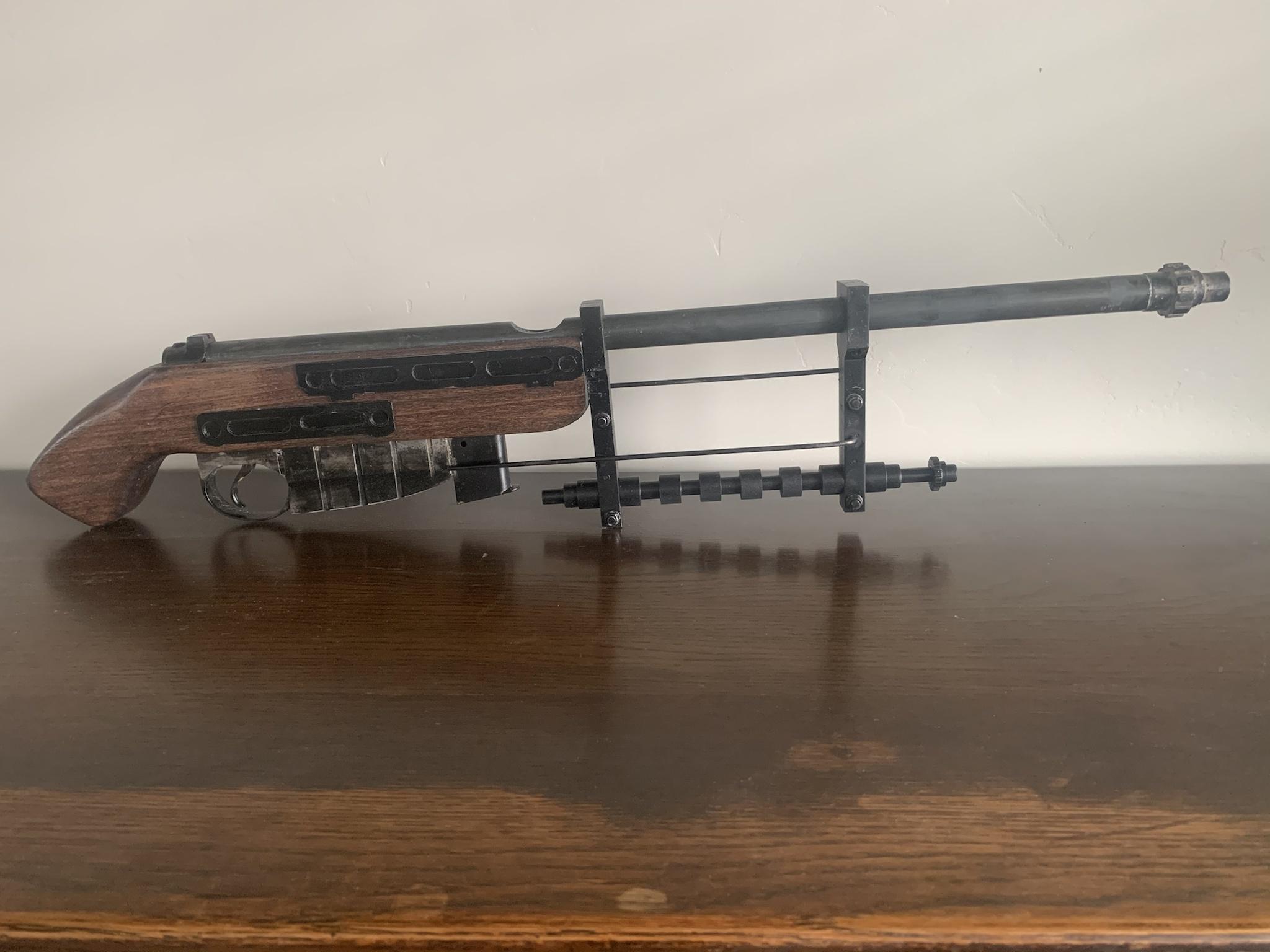 RPF PREMIUM MEMBER
Is there a Obi doctor in the house? I may have a hoarding problem. 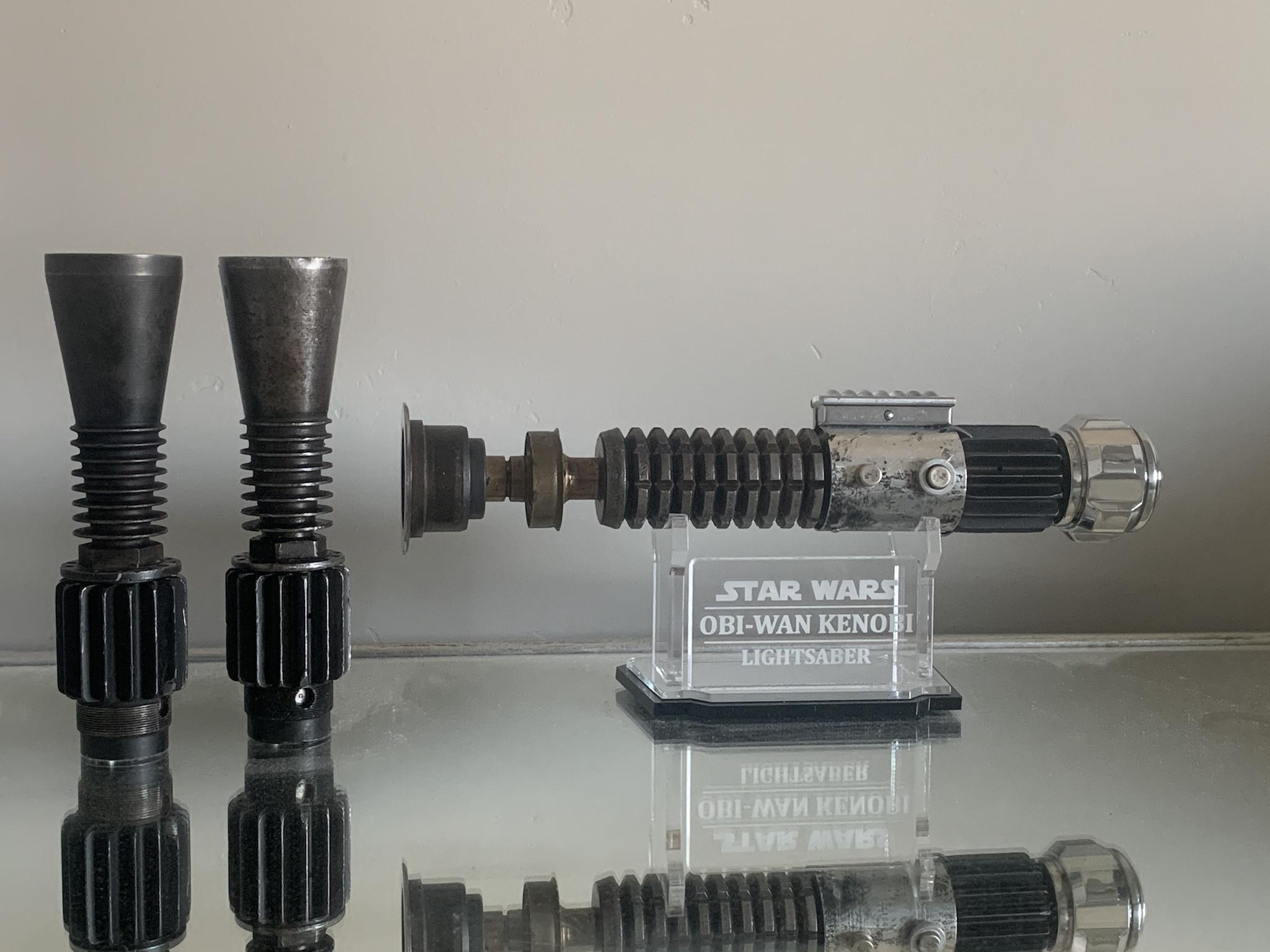 If you ever feel like alleviating your hoarding problem, hit me up.

RPF PREMIUM MEMBER
Just a some parts I've been gathering the last few weeks. Spent the other night dying the Molex connecters. 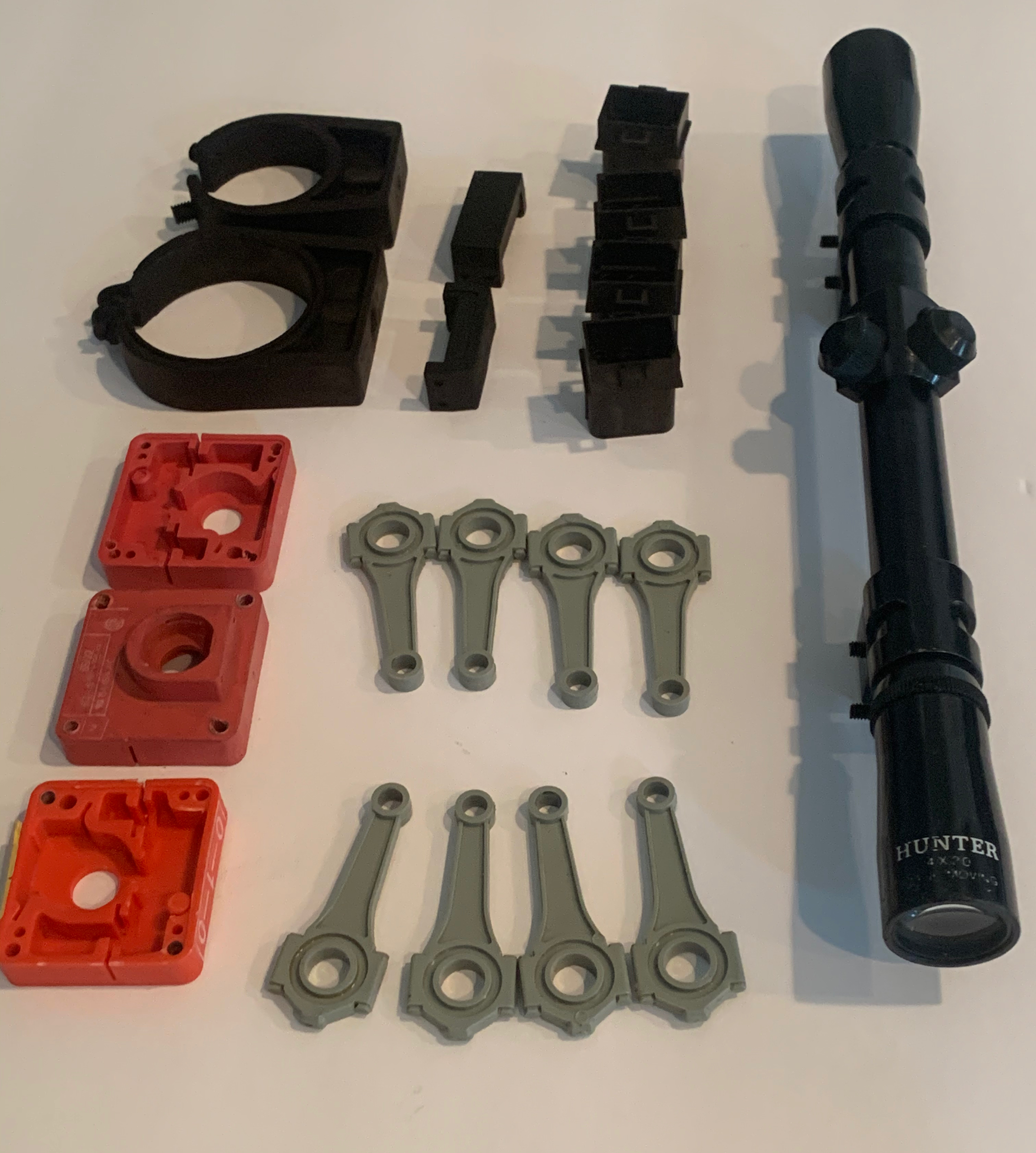 RPF PREMIUM MEMBER
Can I ask where did you get your scope mounts?

Marv said:
Can I ask where did you get your scope mounts?
Click to expand...

I got them from Sidewinder.

My Roman's MK1 and Korbanth v2