RPF PREMIUM MEMBER
Hey guys, I haven't posted here in a loooong time. I'm guessing a lot of people here grew up in the 80's though and might remember this little guy. I always wanted one as a kid, but I remember them being pretty expensive and my mom did not want to buy one because she said it looked gross and scary (which is exactly why I wanted one so bad!). 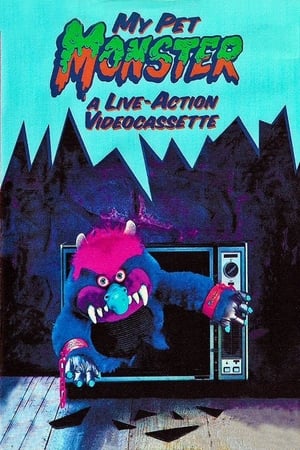 Present day me has a nice little collection of them now but I always felt like they could have used a premium version or a proper upgraded rerelease. Don't get me started on the 2001 or 2007 versions...So I thought initially that I would find a 1986 My Pet Monster in rough shape and use that as a base but I just couldn't bring myself to irreversibly modifying a collectable from the 80's. So I stupidly told myself I'll just make the head with upgraded eyes and nose etc.. but it quickly snowballed from there, and I was soon roughing out the body proportions so that I could justify finally sculpting the hands and feet so he wouldn't have those plush oven mitts.

The main mass of all the shapes are blocked out with an armature and then thick butcher paper or foil and tape. anything that wouldn't be covered in fur and exposed was refined with foam clay and them detailed with a skin of epoxy putty. The eyes are 3d printed eyes with sculpted depth, sanded and painted and then sealed with a few layers of uv resin. 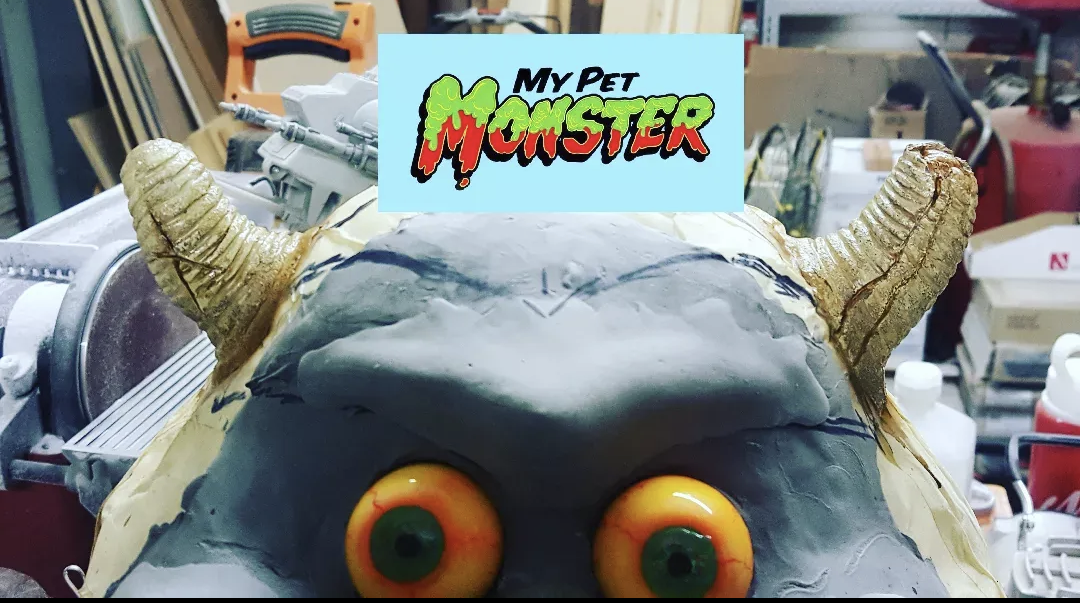 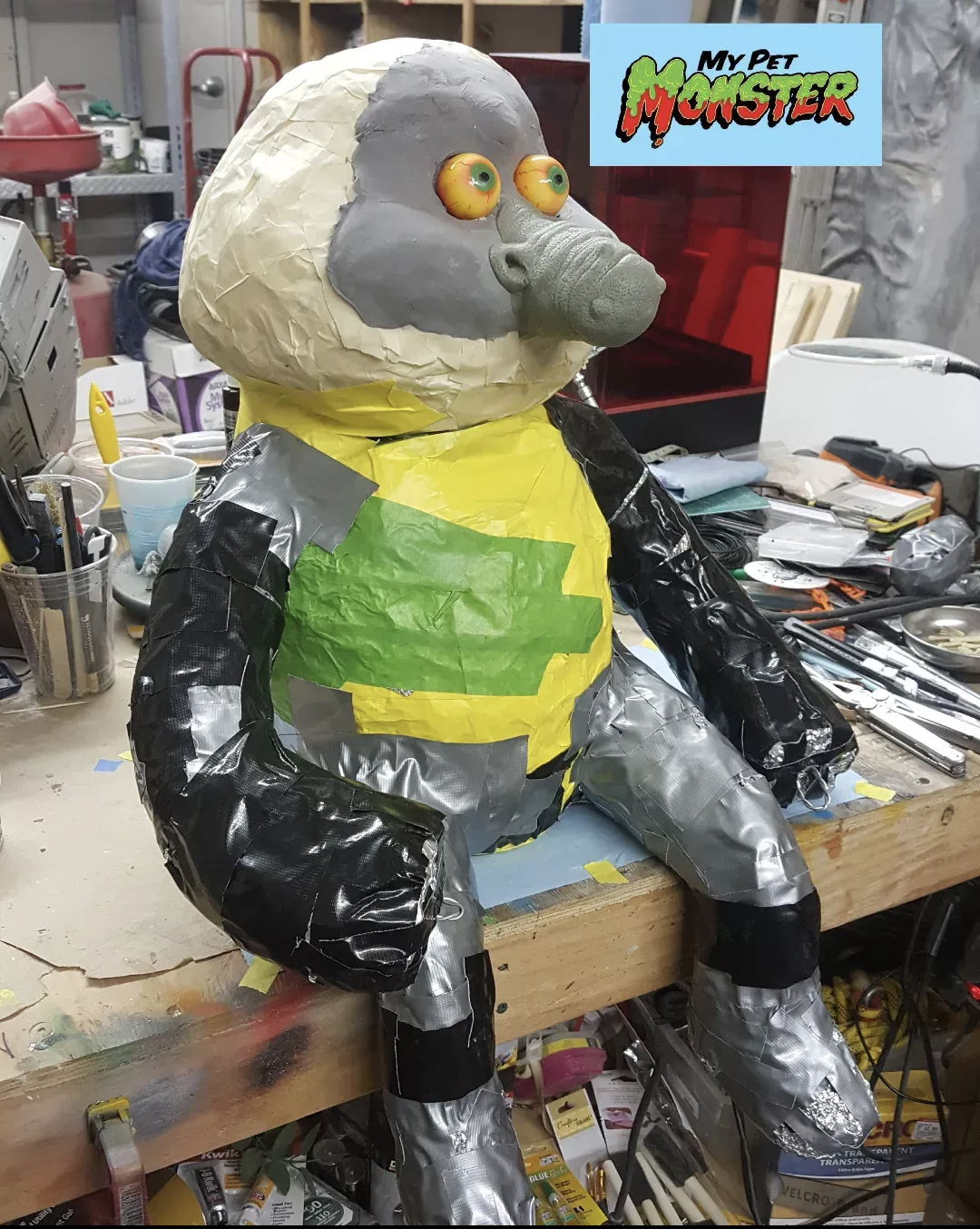 I felt like he'd look cool with kinda apelike proportions and I wanted to turn the little red tuft of fur into an 80's mullet mohawk. After all he is now in his 40's so maybe he's still trying to be cool and live out his best years, hehe.

After what felt like days and days of fur application sculpting and painting the details he was finally done! 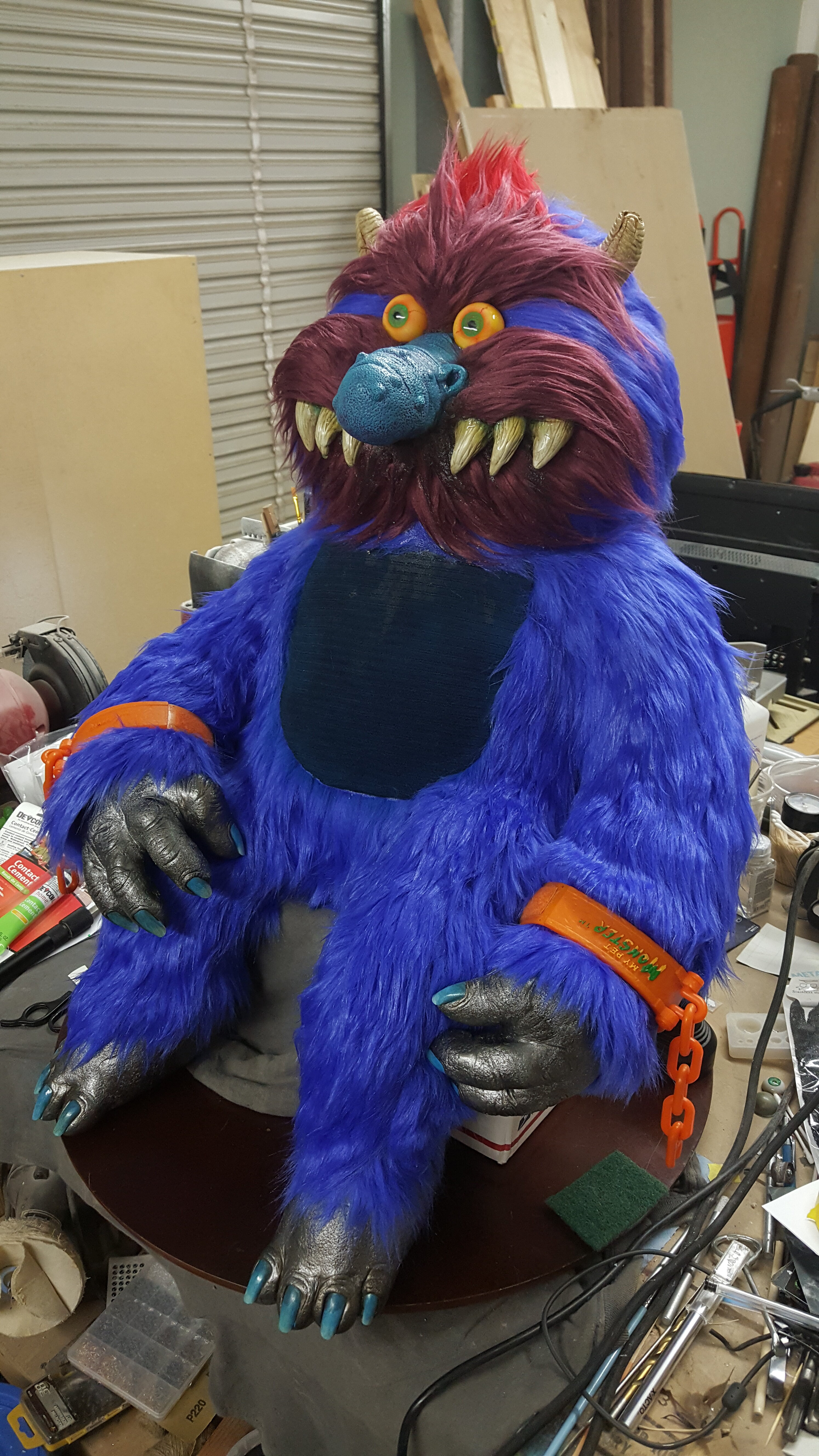 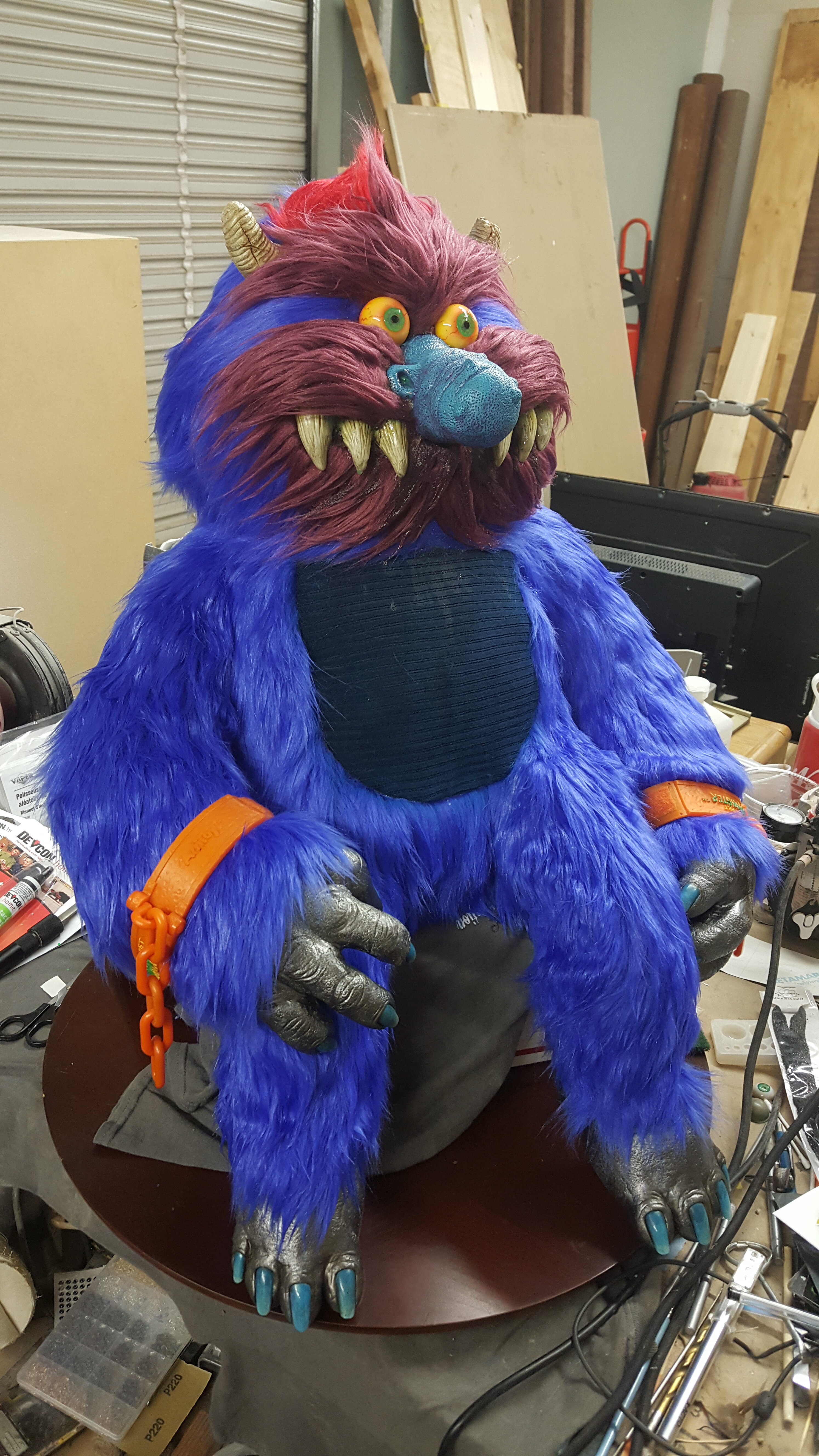 He was such an undertaking but the payoff was well worth it! I just added his iconic shackles and mixed some booger tinted resin slobber goo and gave him some drool and all that and he was ready to be seen by a new generation and surely will become nightmare fuel for years to come! yay! oh yeah......and his eyes glow under blacklight apparently....hehe, not creepy at all! 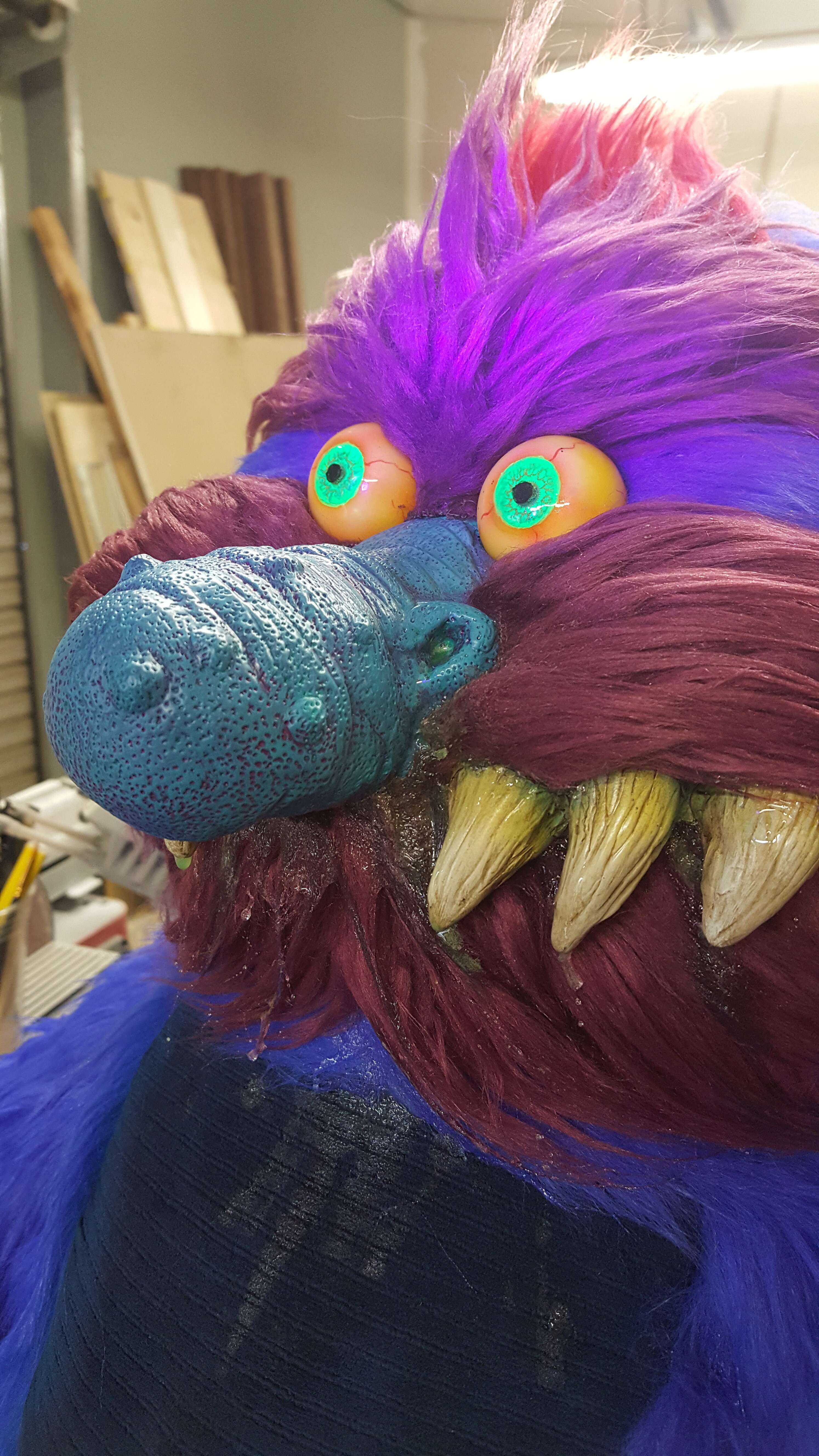 I'm sure I've left out lots of details on the build but I'm not one to be longwinded but if you have any questions feel free! -Ben

Brings back memories - looks great. Denver the Last Dinosaur next?

hehe, holy smokes! I forgot about Denver! Whas there a Denver plushie?

looks SO cool. I would love to terrify my neighbours' cat with that hahahaahha

Awesome! This is literally a toy I always wanted too, and also never got because it was too expensive.

Well done.
This guy came out the same time as the huge Cabbage Patch Kids craze and Teddy Ruxpin.

RPF PREMIUM MEMBER
Such a gorgeous project. So tastefully done.

Although, I'd love to see some upgraded shackles. Something a little beefier and dimensional would pull the whole vibe otgether.

Man, I can still remember the first time seeing it in a nearby supermarket that Christmas, where they would put out toys for sale for the holiday. Late 80's, recession, but it was so expensive then. I wanted one for Christmas so badly, but understood times were tough. Over the years I browse them on Ebay from time to time. I should really get around to picking one up. I remember maybe at the same time, there was another stuffed toy, might have been some monster too, and could rip the arms and legs off of it as they were velcro. Might even had a velcro TV remote in the hand. No idea what it was or seen one since! 80s were awesome.

RPF PREMIUM MEMBER
Bubble Ape - Yeah, the cats stay away from it!

seven - I know right?! I think it came out on a tough year for a lot of parents. We did end up saving up for an NES.

division 6 - I wanted a Teddy Ruxpin too!

nick daring - The shackles are definitely a placeholder for now. At some point I'll sculpt some proper upgraded ones but I want a want to make a clean looking raised logo for them. Maybe 3d print the logo and imbed them in the sculpt?