RPF PREMIUM MEMBER
The new Cricket reminds me of a tiny Klingon disruptor.

VegasSkywalker said:
I was tinkering with this this morning. Thoughts?
Click to expand...

Looks awesome! What are your plans for it?

Yeah, not a fan of the new neuralyzer...

Agent A said:
Looks awesome! What are your plans for it?
Click to expand...

Not sure yet really. I could put it up on shapeways if anyone is interested?
A

I'm really not happy with this film, it looks terrible and I'm afraid it might ruin the MIB franchise which is one of my favorite franchises of all time. Everything from the weapons, the new Neuralyzer, the sunglasses; all look terrible in my opinion.

RPF PREMIUM MEMBER
Honestly, the only good MiB movie is the first. I don’t see how this one is much worse than 2 or 3. MiB3 didn’t even have a noisy cricket, at least this movie does. I’m undecided on the movie, really. It’s hard to tell from one trailer.
A

The first was definitely the best but 2 and 3 were good, they didn't live up to the first but they at least stayed true to it and expanded upon it with each film. This movie doesn't have Will Smith and Tommy Lee Jones nor does it have Barry Sonnenfeld directing either. That's like making a Mission: Impossible movie without Tom Cruise. Everything in the trailer looked horrible and generic, the weapons and Neuralyzer looked atrocious and very badly designed and don't even get me started on the song they used in the trailer, and I have a feeling the plot is going to be very bad as well. Yeah I get that it's just a trailer but usually my predictions with these things turn out to be right. I get that they may want to move forward with new characters and expand the franchise but they won't be able to do it without the original team at least being there to do it. There was literally no reason to make this film whatsoever nobody wanted it, and judging by the comments on the trailer a lot of people feel the same way I do. I hope the movie turns out good but I'm not liking what I'm seeing so far it looks like a parody and bad fan film to me.
Last edited: Dec 23, 2018
A

The design of the weapons just seems confusing and all over the place and not as streamlined or consistent as the guns from the previous films. Other than the Noisy Crickets which actually look pretty good. The Neuralyzer looks way too industrial and looks like it was made from the same handle they used to make the original lightsaber. Idk why the couldn't just use the same guns and Neuralyzer from MIB 3.
Last edited: Dec 23, 2018

Agent T said:
The design of the weapons just seems confusing and all over the place and not as streamlined or consistent as the guns from the previous films. Other than the Noisy Crickets which actually look pretty good. The Neuralyzer looks way too industrial and looks like it was made from the same handle they used to make the original lightsaber. Idk why the couldn't just use the same guns and Neuralyzer from MIB 3.
Click to expand...

I completely agree. The original weapons were great. Introduce new ones, sure, but don't eliminate the originals.
S

Back to the original topic - assuming they are not custom pieces just for the movie, these actually look like Police Westwing 4 sunglasses. They have a gloss black frame, vs the mat finish of the Storm Light 1. They are no longer in production but are still available from some online retailers. I just bought a pair myself!

The product code for the gloss black frames is SPL7730700, the second choice in the lineup at the bottom.

Agent A said:
The watch shots I've seen on him so far show a watch significantly larger, but with the shape of the classic Ventura (unlike the XL in MIB3). The best approximation I can make so far is that he is wearing the Ventura Automatic on a black strap instead of the brown.
Click to expand...

VegasSkywalker said:
Not sure yet really. I could put it up on shapeways if anyone is interested?
Click to expand...

Heyo! Just chiming in that my hubby is working on modeling 3D printable watch faces. He's nearly done with that. We're also going to print the glass, smooth it out, then use it as a mold for a vacform "glass" We're also working on the neuralizer, but haven't gotten as far -- trying tofigure out the opening mechanism. He and a friend hope to debut their H and M at a con end of next month, so hopefully have more updates by then.

It looks like the glasses are not Stormlights, but a brand new model, and there will be a MIB edition being released.
Police is official eyewear of new Men in Black film - Optician 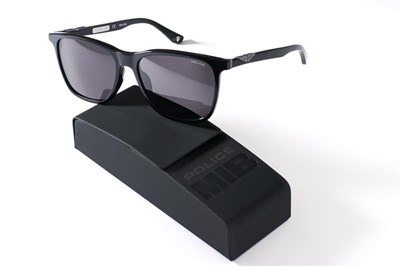 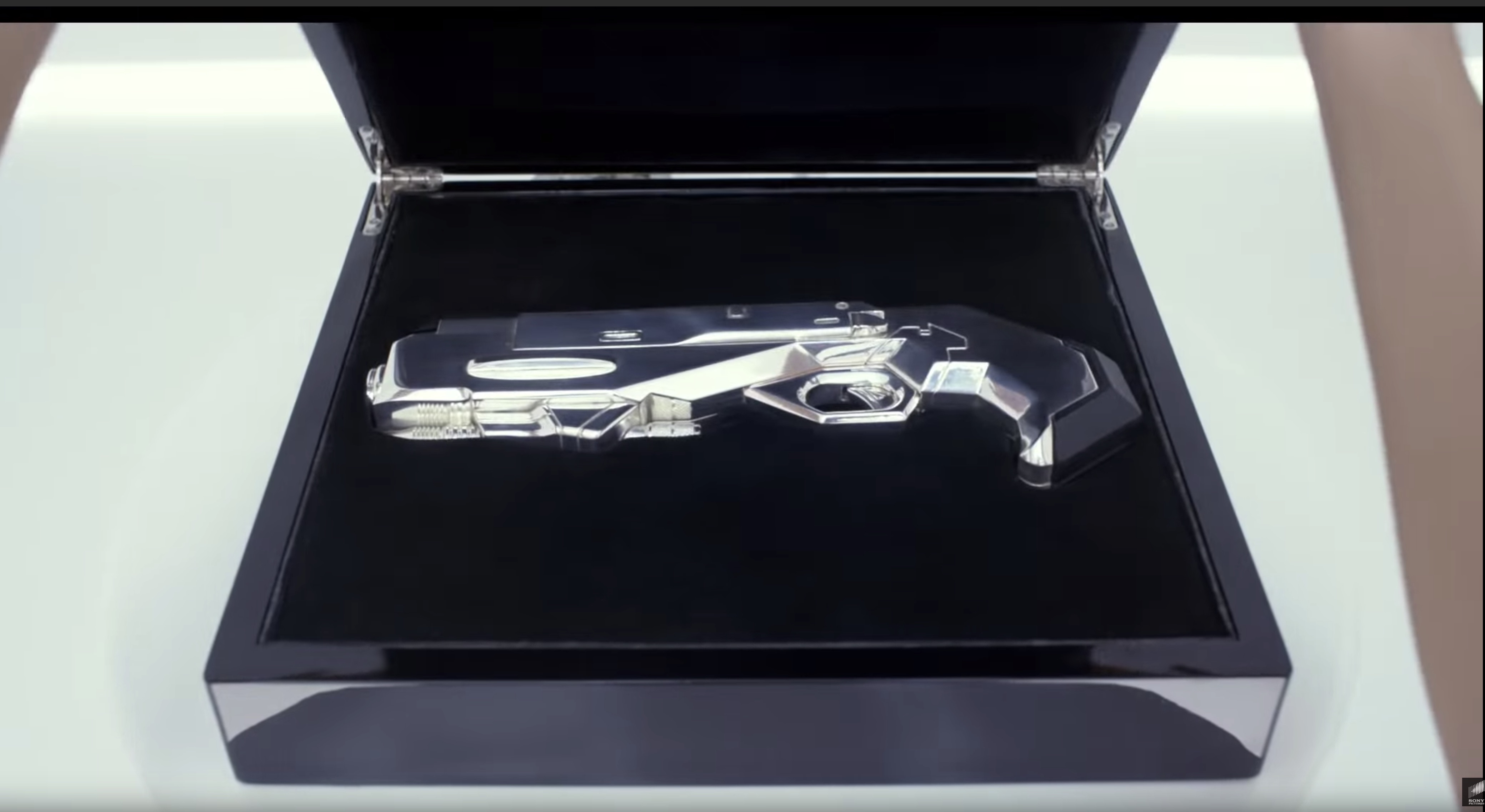 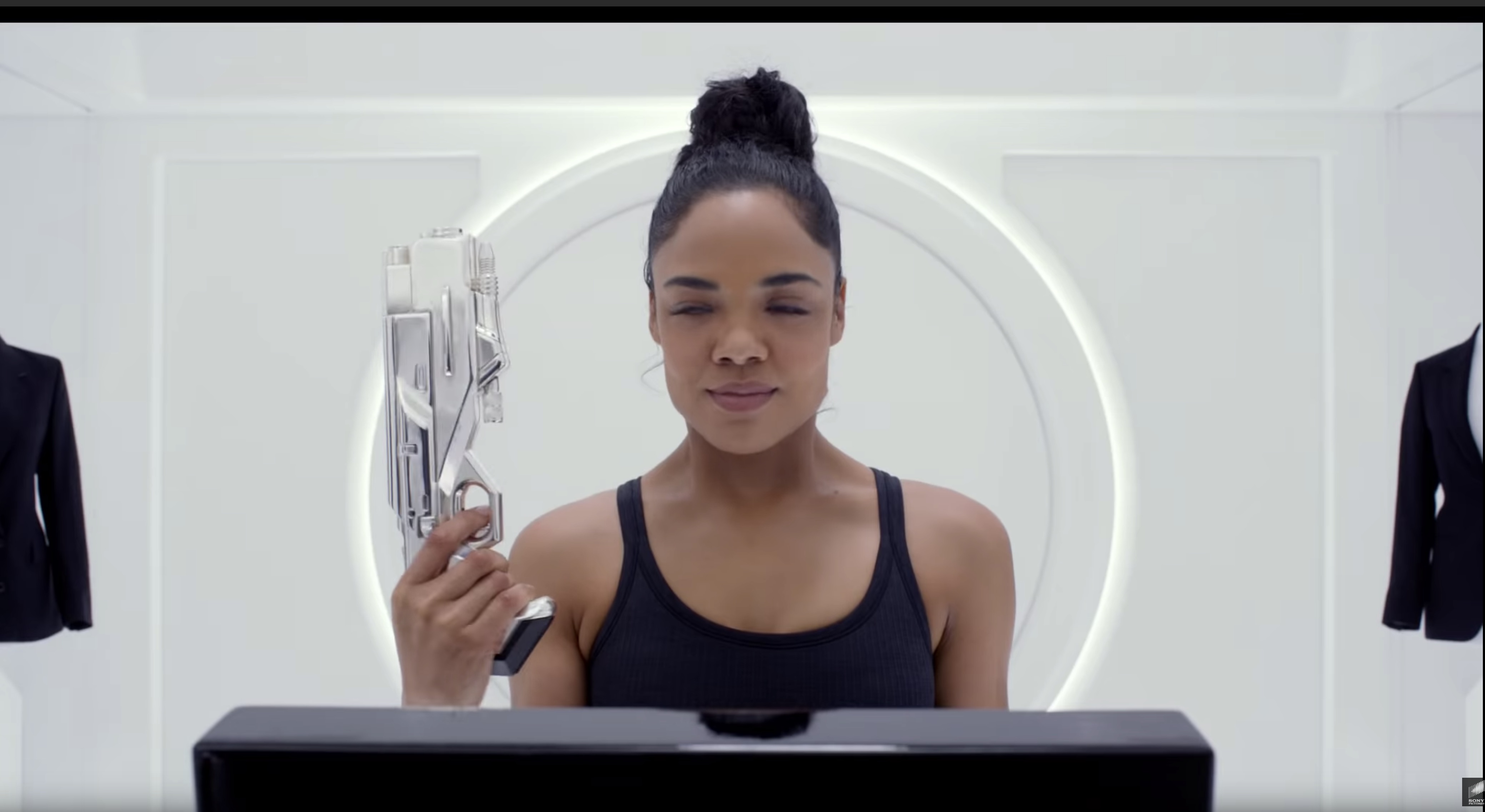 RPF PREMIUM MEMBER
Is there really such a need to change so many of the weaponry aesthetics ? I get moving forward with things but they look nothing like the originals. The sequels were subpar and the franchise could certainly use a fresh start.

Just to be clear, you’re saying that that would be a bad thing?
V

Well as gboy6 mentioned, it is indeed a completely new model that was best kept secret. This explains why neither the Westwing nor Stormlight were matching up 100% to the ones in the trailer. These definitely match up.

Police Sunglasses MEN IN BLACK INTERNATIONAL EDITIONPolice MIB International Edition SPL872 sunglasses will be featured on the silver screen in the Sony Pictures film "Men in Black:" International. The Men In Black (Tessa Thompson and Chris Hemsworth) will set off on a new mission wearing Police...

gboy6 said:
Was the XL even used in MIB3? I know young K has the classic with the silver band, O has the classic Ventura, and J wears the Chrono. Present K, I'm not sure.
Click to expand...

Yes, it was. I don't have screen caps of it but I remember seeing it in the movie. Here are some placement ads for it though: