Paul Andrew said:
Didn't even watch the trailers did you? I saw plenty of He-Man in there. Also, I think it's inspired for Prince Adam to be a shrimpy little dude, his secret identity in the old cartoon was even more poorly hidden than Clark Kent's with his spectacles.
As far as "butch Teela" is concerned, there's nothing wrong with Teela kicking ass just as hard as He-Man and if you think there is I don't know what to tell you. It's 2021. Women kick ass now. Get used to it.

Again, it's 2021. Eventually the people who sign the checks realized that there's a whole lot of audience besides little boys (and little boys in 40 year old bodies), and catering exclusively to them limits how big you can be and how much money you can make. Decisions that have the potential to widen the audience are going to be par for the course for these nostalgia trips more often than not, I'd expect. They aren't doing this show just to get our nostalgia clicks. After the success of the new She-Ra they're definitely counting on us getting a whole new generation of kids hooked, and they're not just after the boys. It makes perfect sense to put a strong female character with her own motivations front and center with He-Man.

I watched the hell out of that cartoon as a kid, and frankly I mostly just remember spending the whole episode waiting for He-Man to show up and kick Skeletor's ass because no one else could. I think it will be awesome to have other character's who can do things and be rad without leaning on a He-Man shaped crutch all the time.
Click to expand...

You're right. There's nothing wrong with Teela kicking ass. I never said there was. She always did before so I'm already "used to it". Her design is what I was referring to. She looks stupid. She had such a great princess warrior design before. Now her clothing and body look way too masculine. If 2021's idea of strong female characters is to have them imitate men, that doesn't say much about the strength of women or about 2021. Teela was strong and feminine as was She-Ra (a show I also watched as a kid incidentally). Should Teela be kicking as much ass as He-Man? Not only should she not, none of the other characters should either. He-Man is the central focus of this power fantasy that is Masters of the Universe. I have no problem taking an episode or two to explore a side character. I would actually like that. But to take He-Man completely out of the equation? I'm not sure why a fan of the original would even want that. From what the trailers show, it looks like almost all of the He-Man action is from one or two scenes probably from the first episode before it switches over to focusing on Teela. I don't know that to be the case obviously but that's my guess from what I saw. Eh, maybe I'm wrong.

RPF PREMIUM MEMBER
If they're intent on capturing a female audience they already did with the She-Ra reboot. No need to co-opt He-Man to appeal to girls and young women. Achievement unlocked. What would be better still is to create a totally original female driven story to capture that market if they want it so bad. I've seen it done beautifully with Wonder Woman so it's not like it's impossible though admittedly that example is an existing property.

Well, the "bait and switch, " has been called out, time for damage control.

When caught, proclaim, "so, what's the big deal?"---this usually comes from those who were deliberately misleading in the first place.

Claim those who dislike it are being toxic, despite the fact they were on board until they discovered they were being lied to.

RPF PREMIUM MEMBER
I mean it's not a bait and switch in the sense that they've been up front about it being centered on Teela from the outset. Everything points to it. Kevin himself said it. The synopsis says it. What is misleading is that fans going in blind who are tuning in to see He-Man only to find out he'll be secondary. It also doesn't help that Kevin Smith lied about his Fandom rather that be up front and say he became a fan in the process of working on the show, which is most likely the case.

If it was advertised as Teela! We'd be on board.

Its like calling a show Wonder Woman, showing her kick butt in the trailer, but then we find out its about Steve Trevor. Wonder Woman only appears when she is weak and needs Steve to help. Race and gender are irrelevant to us, but now critical to the show's creators.

They *have* to do it that way.

So, yeah, bait and switch.

Its like the reboot spin-the-wheel has three choices: Gender, Race, Both. One way or another, Hollywood has to change the focus to meet their check boxes.

Fwiw, as a guy who has listened to hundreds of hours of Kevin talking, I feel pretty sure about two things.

1. He probably isn't interested in writing the same kinds of stories that came before. He's a creative type, he wants to put his own spin on it

2. He'll do his best to make it fun, which is all I can really ask of a cartoon.

Lastly, it's taking all of my self control not to make a He-Man woman haters club joke that I know most of you would get but instantly find more offensive than I would intend it to be.

Paul Andrew said:
Lastly, it's taking all of my self control not to make a He-Man woman haters club joke that I know most of you would get but instantly find more offensive than I would intend it to be.
Click to expand...

While Davie 504 may be entertaining, hees obsession with the *PSSSHHH!* SLAP bass leaves little room for inspirational bassist like Chris Squire.

I have not seen all of hees youtube, but I have never seen him shout out to Chris. Why?


EDIT: okay, this is weird. Psab's above post was a link to a guy critiquing a girl bassist, now its a link about a guy talking about women voting.
Last edited: Jul 3, 2021
S

RPF PREMIUM MEMBER
The clip I posted was a sketch from The State. Thomas Lennon is a comedic genius! 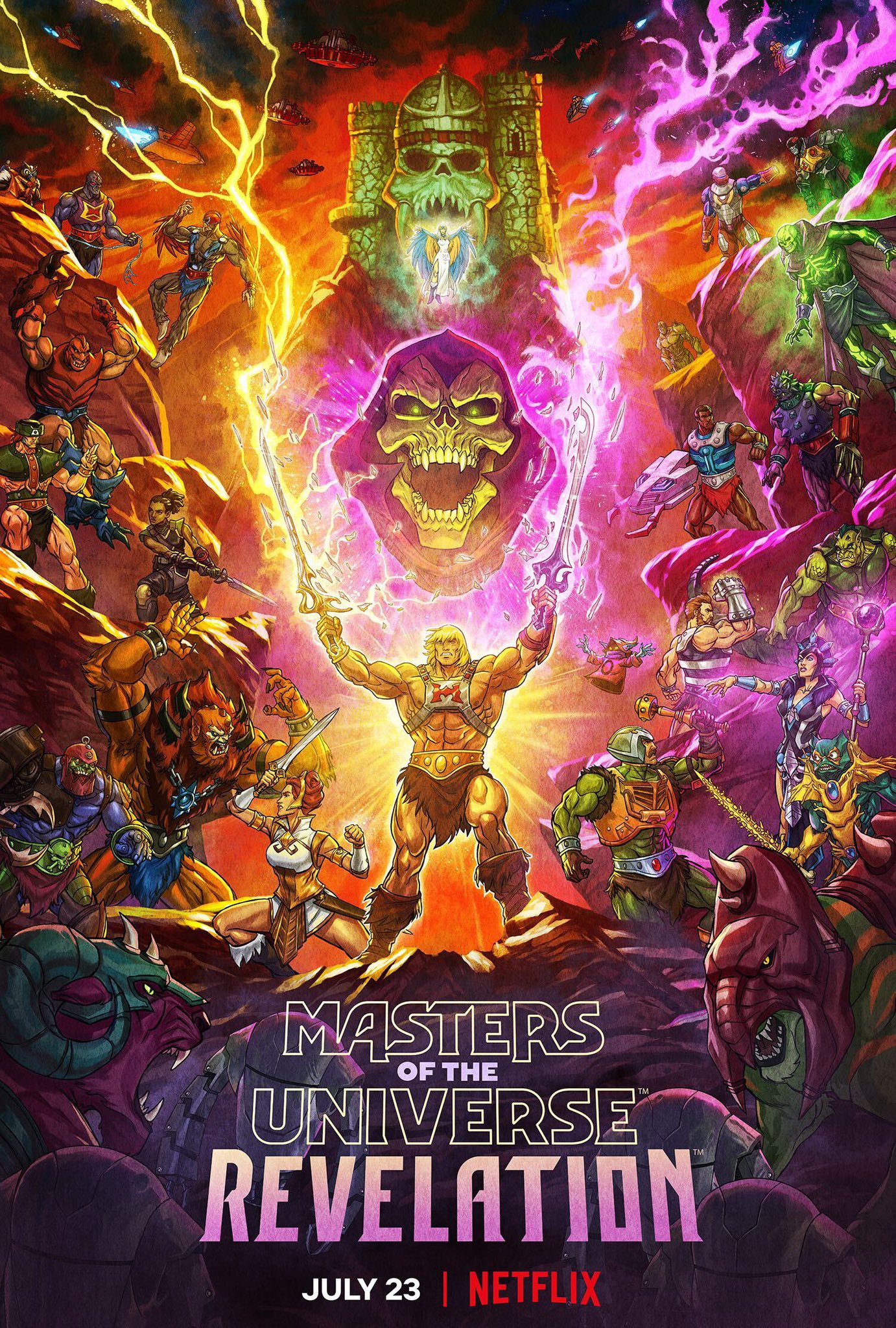 We've seen what 2 minutes of the show?... I think I'll wait until I see the real thing before critiquing it.

Kevin Smith is an admitted Genre Fanboy. He only speaks about things that he likes, and ignores the things he doesn't. As a show-runner I'm sure he "Likes" this. However because he only speaks of things he likes he gets labeled a Shill since he never says a bad word - at least publicly. AS for being a "fan" or not being a "fan" - as we all know there are levels of fandom. From casual to super... Being of a similar age as Kevin I'm pretty sure he was like me - a casual fan of He-man (He-Man was on the cusp of being too young a cartoon for me)... until he took the deep dive into the He-Man lore preparing for this gig... so the contradiction of his statements at various times is not really all that.

If it turns out to be a bait and switch (there is evidence for and against) I'll be the first to bash it... but I'm willing to wait and see.

RPF PREMIUM MEMBER
Although I loved He-man as a kid, this looks like just another unoriginal nostalgia cash grab.

Laughing all the way to the bank: 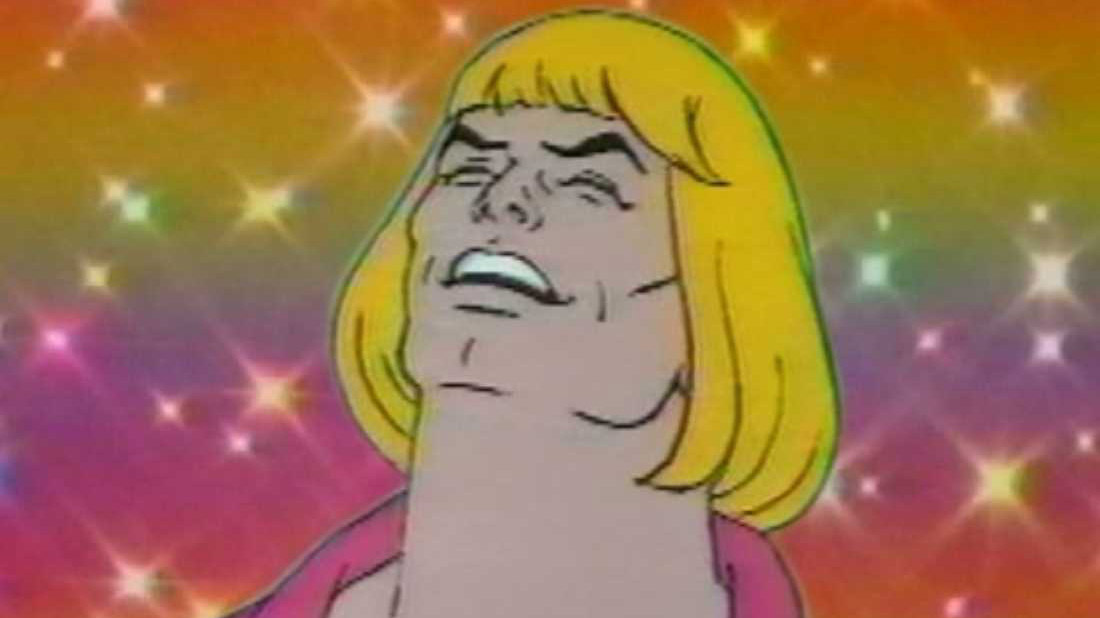 Have a question. Who's the half head shaved dude I see in all the posters? Don't recall that character from the toys.

Are they THAT afraid of the female form that they have to make her a male in order to make her "strong"?

RPF PREMIUM MEMBER
Apparently. Don't worry, she's the lead of the story anyway. Are you suggesting Freud was right? Lol

Also Dudes: "Teela has too many muscles! She looks like a dude!"