RPF PREMIUM MEMBER
Hello everyone, I thought it'd be a neat idea to document my Mello build here on the RPF because I've noticed a lack of serious replica Marshmello related builds on places around the internet, which is surprising to me as over the years I've seen multiple in depth build logs of other masked DJ's like Daft Punk Or Deadmau5 and their helmets. So I thought I'd give Marshmello his time to shine!
I started this build back in April of 2020 but it was put on the back burner due to the pandemic but I'm slowly getting back to working on it, so I'll be catching you up to speed on what I have worked on so far in this thread!

RPF PREMIUM MEMBER
Since Marshmello appeared in the music scene back in 2015 we've seen him go through multiple helmet changes and upgrades over the years, but the one that stood out to me the most was the helmet Ironhead Studios built for him.

So the first order of business? REFERENCE! I spent a bit of time gathering different pictures of the "Ironhead" helmet from the official Ironhead Studios/Marshmello Instagrams and many other places across the web.

After a bit of research I've come to the conclusion that Ironhead Studios made two different helmets for Mello. The first being a "static" helmet without the LED display inside for use at red carpet events or other public appearances and a "illuminated" helmet mainly for use on stage, although he has been seen wearing the the illuminated helmet around before. 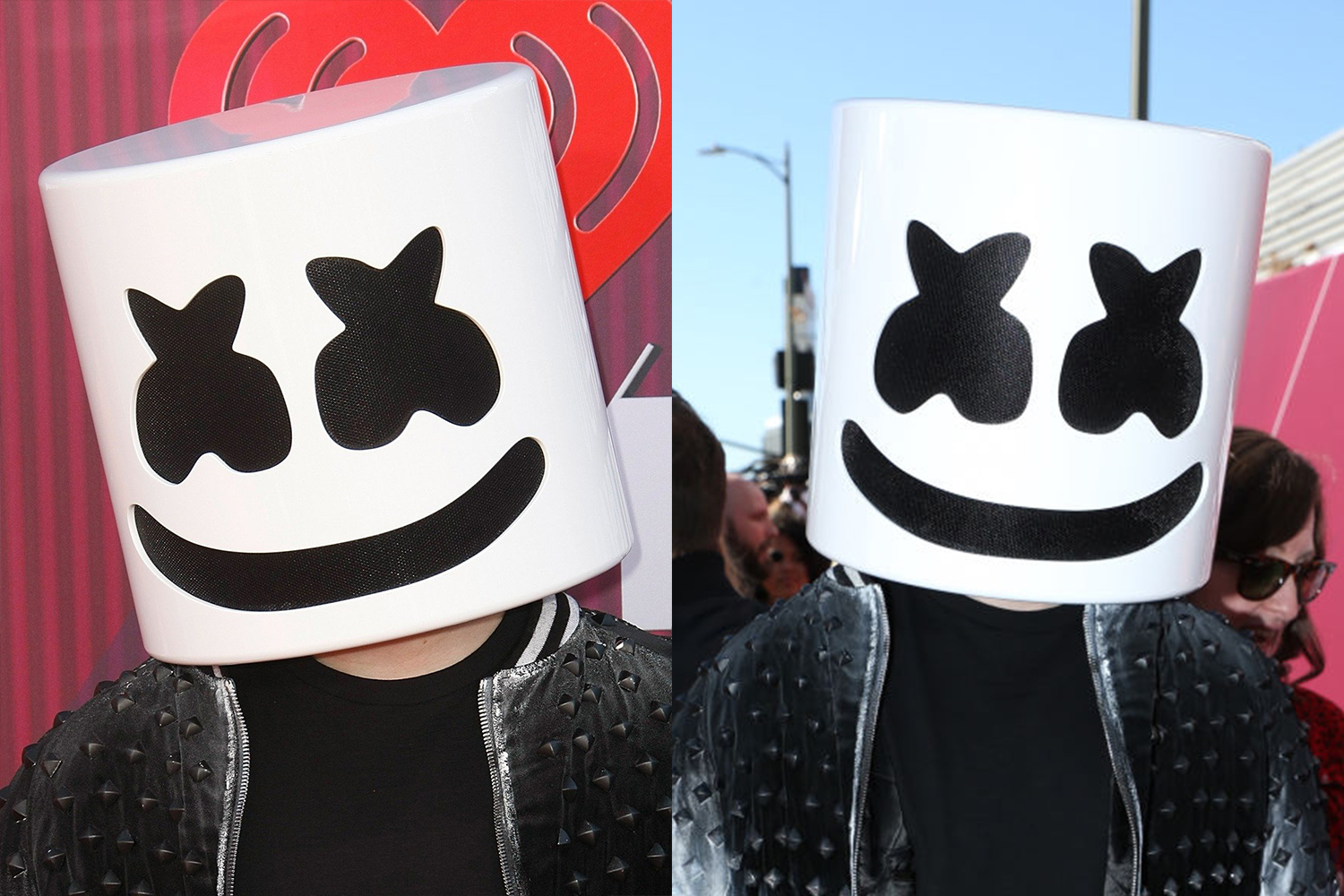 Above we have what I call the "static helmet" this is the helmet Mello is seen wearing most of the time. This particular helmet has a white glossy finish and what appears to be a fine perforated mesh in both the eyes and mouth, I'd imagine this one is lighter and easier to wear due to not having the LED display and other electronics inside. I didn't include a picture of the underside of the static helmet but he does have a gasket made of some kind of material, most likely to further hide his identity, or just to cover his chin. 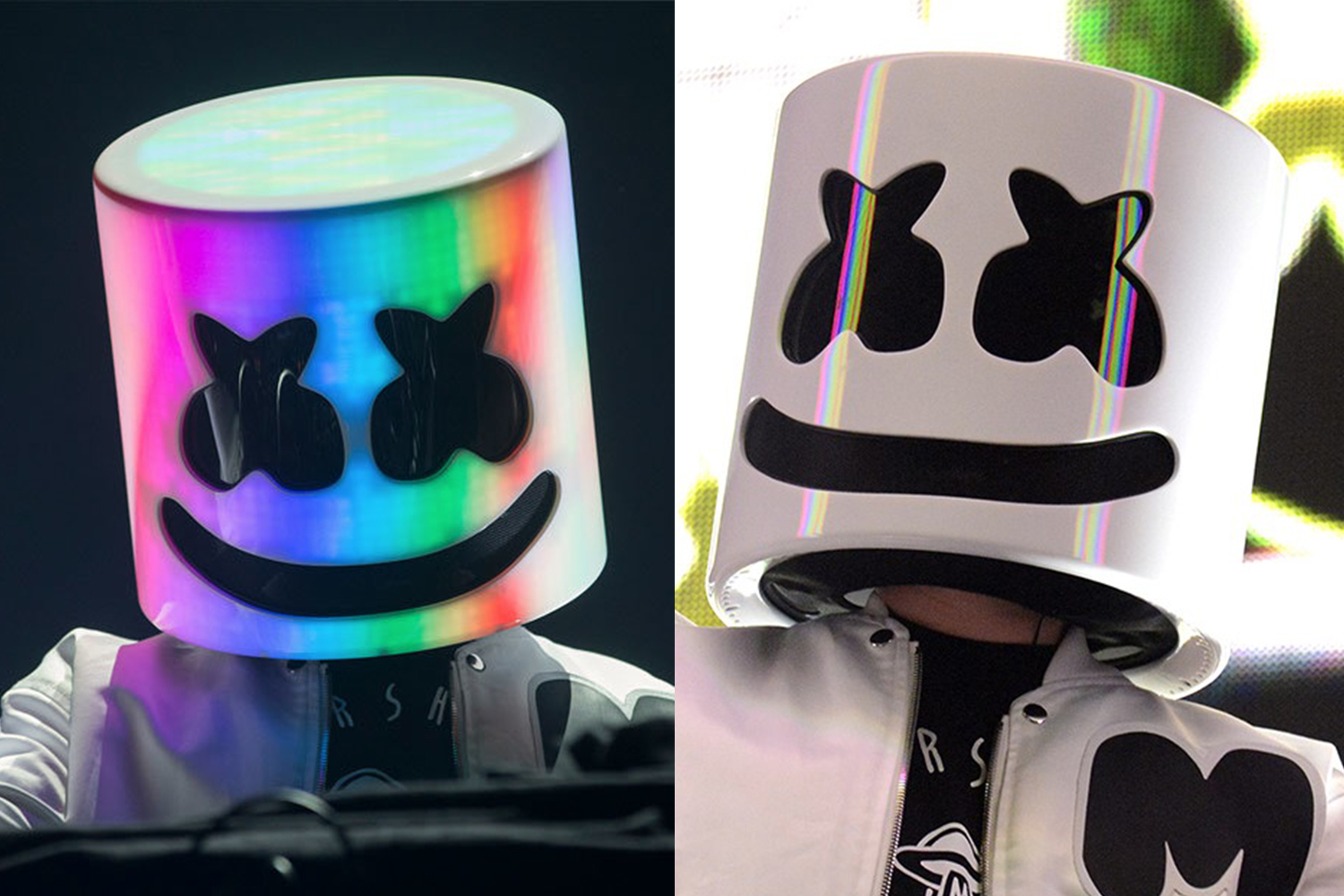 Now pictured above is what I call the "Illuminated helmet" Mello is seen wearing this one primarily on stage but has been spotted wearing it to a few red carpet events. What makes this helmet different (apart from the LED display) is the eyes seem to have lenses while the mouth retains the perforated mesh, probably so that his voice can still be heard through the helmet when he's using a mic. We can also see what looks like holes of some sort around the base of the helmet, most likely for ventilation as I can imagine it gets quite warm in there during shows... We can also see that gasket I was talking about earlier in the second picture.

There was a bit more research done but this is just the quick rundown of the two helmet variants.

RPF PREMIUM MEMBER
After gathering all the necessary reference I was finally ready to start. since I planned on 3D printing the helmet, I imported a nice head on image of the helmet into Fusion 360 and started modeling.

Thankfully the helmet isn't incredibly complex as my skills in Fusion 360 are very primitive, but after a few hours of tinkering and watching many YouTube tutorials I was able to get a model I was very happy with! 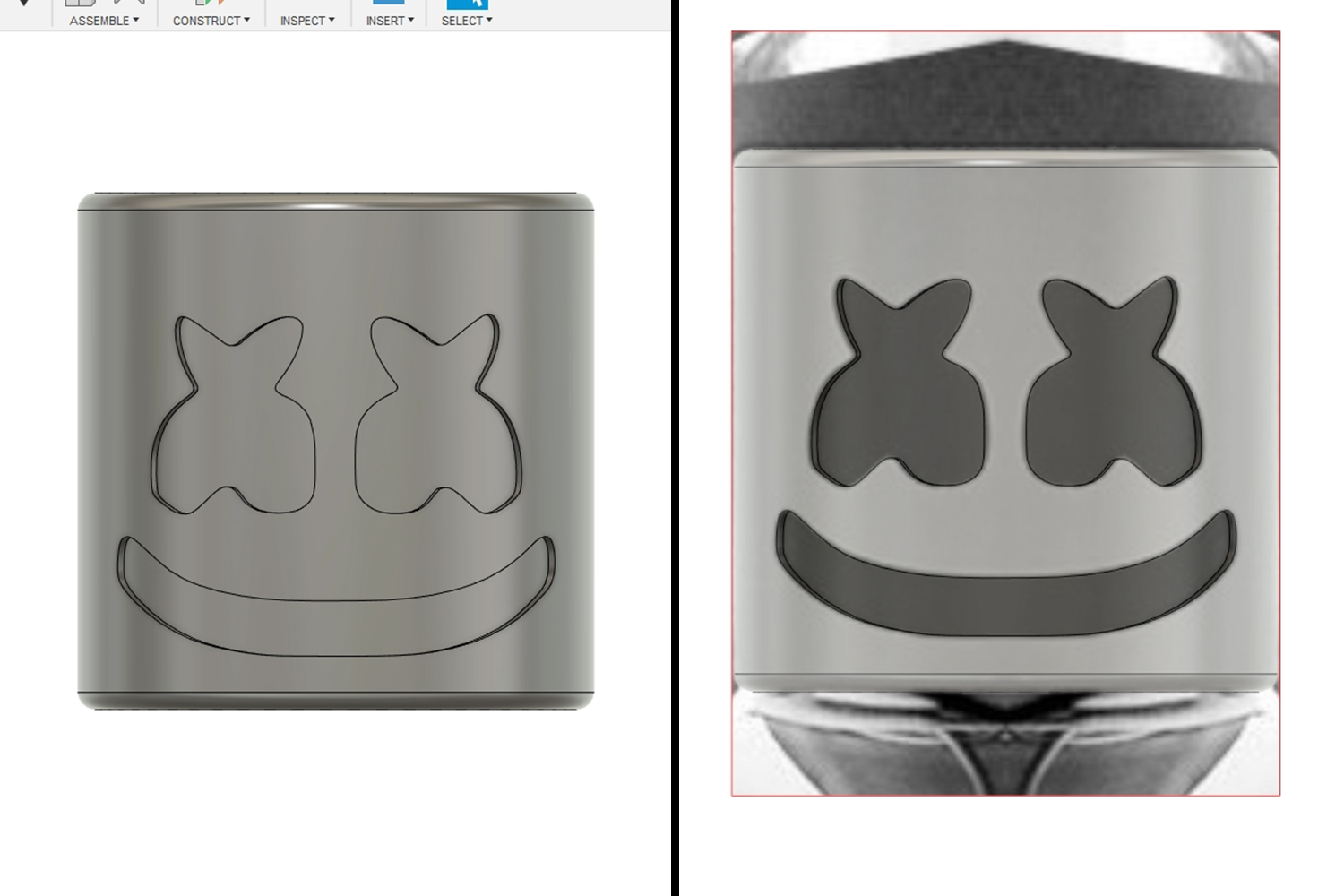 So I cut up the model and started printing it on my Ultimaker! 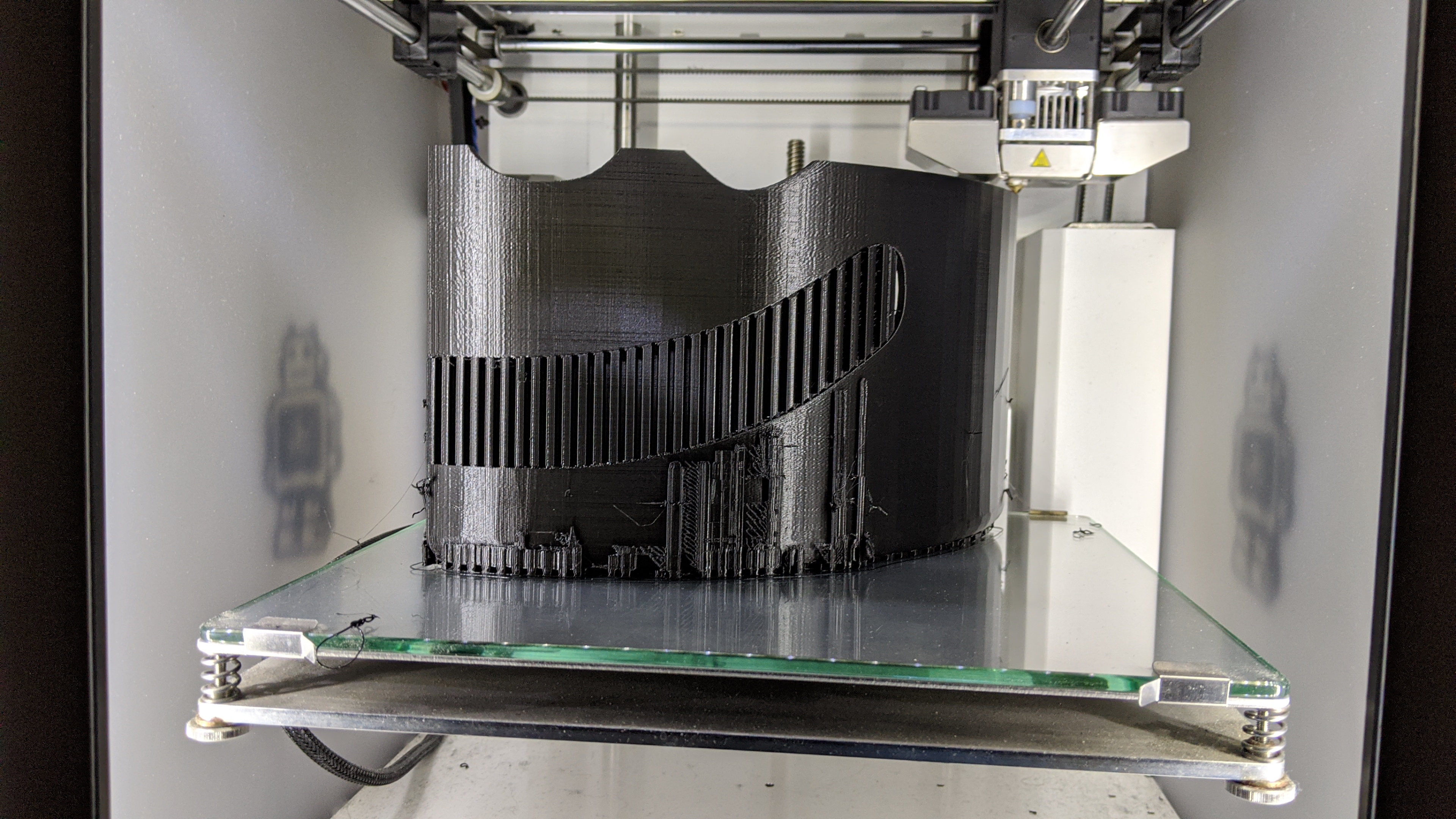 Since the helmet is 12"x12" I ended up cutting it into 8 separate pieces in order to fit it on my print bed, I would've liked to have a printer big enough at the time to print the whole thing in one go to minimize the work further down the road but, here we are...

Here was the finished printed pieces after a week of printing!
N

Nice! I really need to learn fusion 360! Sketchups nice and all but nothing like Fusion360. One day...