May I present the Spectra-Physics 106-1 20mW Helium Neon Laser:

I believe I've found the laser. It took a while of searching through "vintage laser" on eBay until I found a Spectra-Physics one, and saved the search. A broken one popped up last summer, but sold before I could make a decision (it was like $400 and I would get two other broken and inaccurate lasers along with it). But, I now had the model number! I had found a different website selling them, but they will only sell to businesses, schools, organizations, and government agencies. And I'm not any of those. So I sat. And waited. And then a working one popped up in the search I had saved for the model number! This one I jumped on immediately. When it arrived from Europe, I discovered that not only was the plug the wrong type (type J instead of type B), but it needed 230VAC to power the power supply! So I had to order a step-up transformer. And when that arrived and I could finally test it, nothing. It didn't turn on. Turns out it was just a blown fuse in the power supply, so $2.25 later it now works! All the stickers match the one in the film, and the main info sticker is a spot on match to what I can see. And it matches the matte section on the rear of the laser. 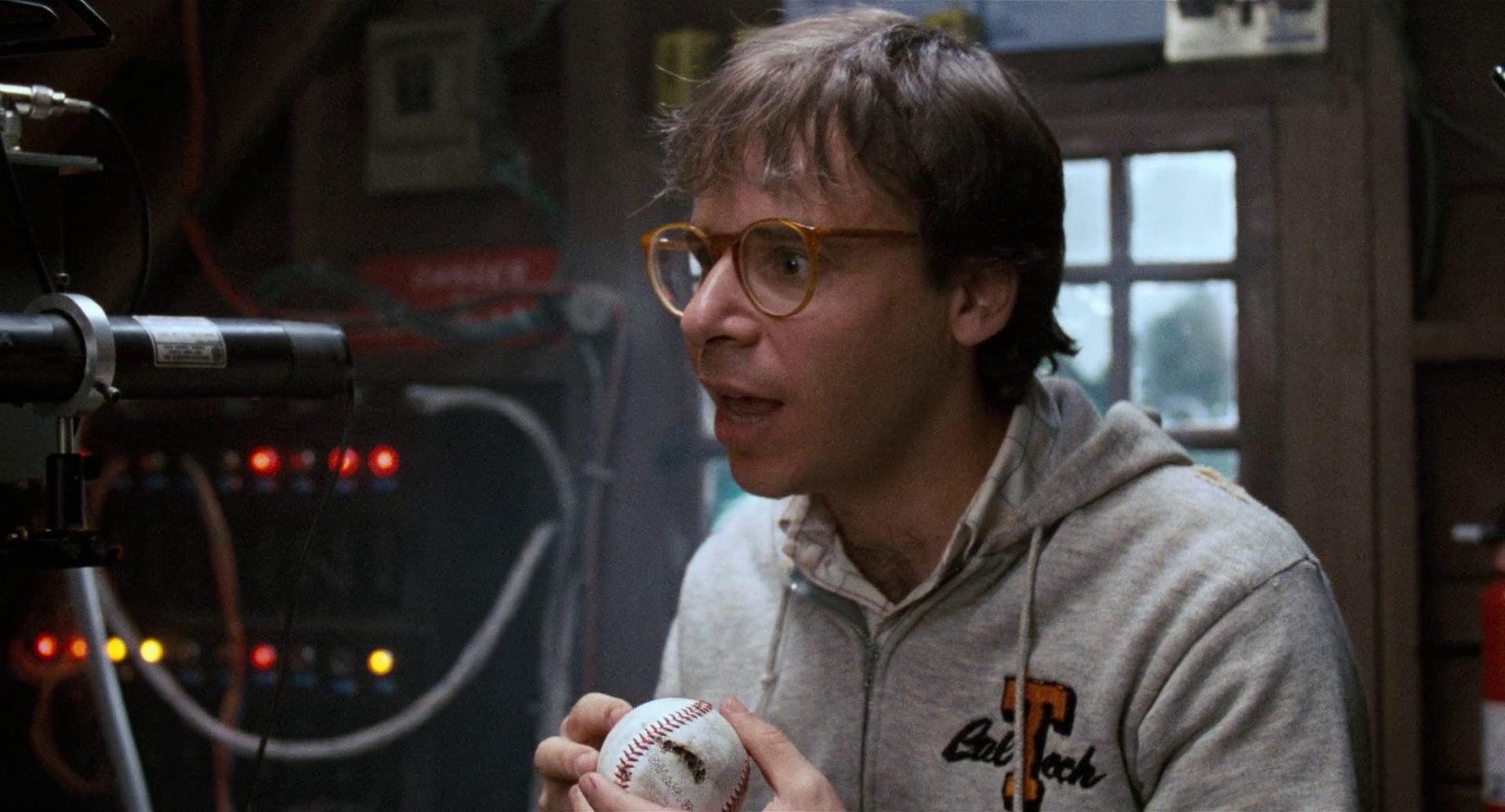 Next, I should try to find the bezel that's attached to the aperture in the film: 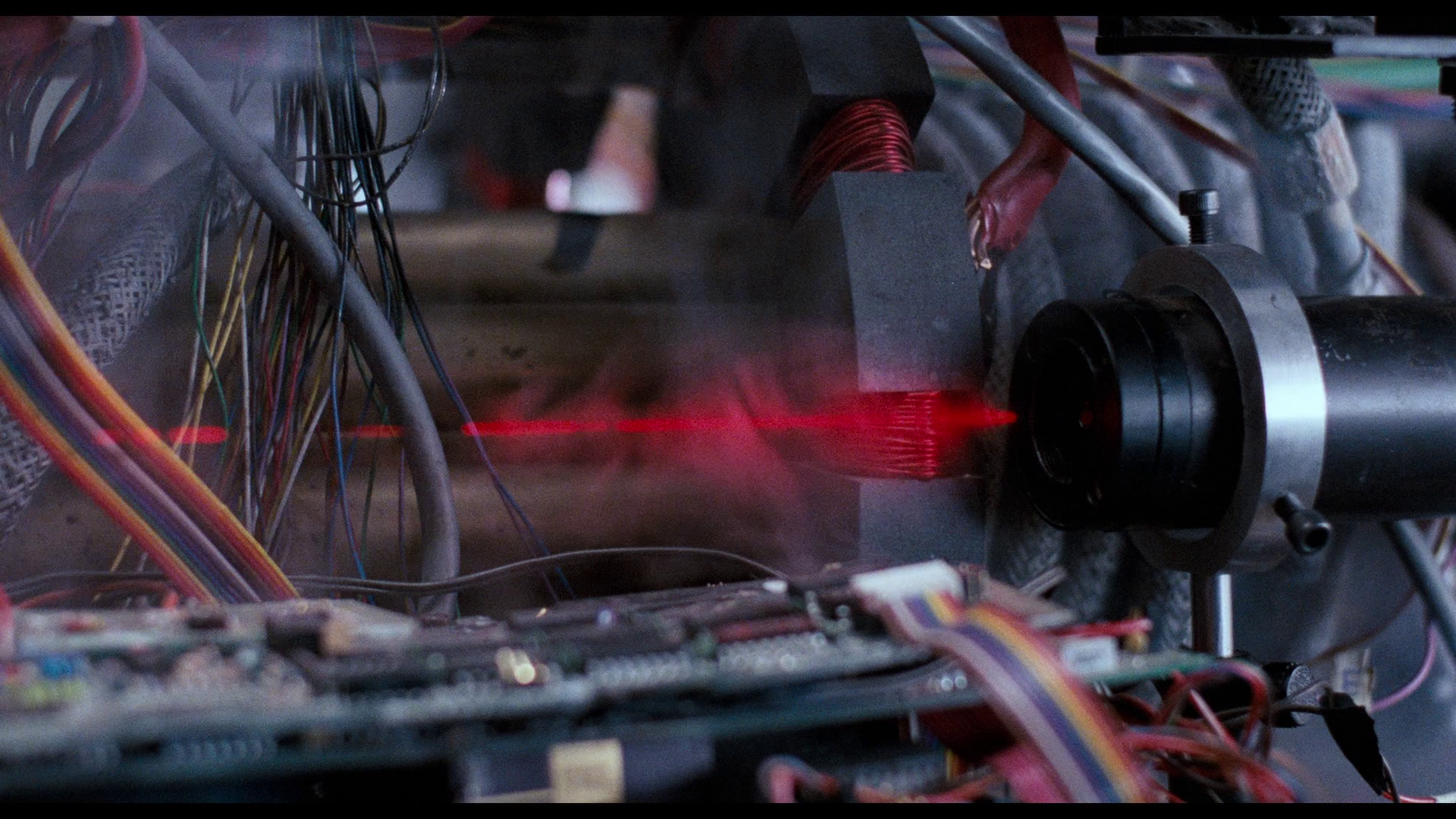 RPF PREMIUM MEMBER
Fantastic build. I'd love to get this guy and my Tomorrowland jetpack together at the next prop party for a "Cobbled-Together Disney Inventions" themed photoshoot.

May I present the Laser That Is Totally Not a PVC pipe:

OK, part of that statement may be inaccurate, but at least I can run it off of 5v dc!

Secondly, I got the nozzles lights hooked up and programmed, seen here interfacing with a 10k pot to influence the chase speed:


Next update : fun with friction, or: how I burned off my fingertips with hot aluminum this weekend.
Last edited: Apr 19, 2021

Latest and greatest from the weekend!

The nozzle assembly is now fully put together, and many of the various nurnies and whatnot are actually attached - it's still not permanently affixed to the machine, and won't be until I drill holes for all 9 million capacitors and mount them. Whomever follows my path and embarks upon this quest will have to pass through the valley of torment which shall heretofore be called The Painting of the Capacitors, which took an entire Saturday and approximately an entire season of Cowboy Bebop to achieve.

The next challenges involve electronics implementation in such a way as to not burn down the house.

Here, have some pictures. I swear I actually possess a tape measure, and, believe it or not, I have occasionally used it:

Some items of interest:
- made a bracket for the plastic "box" piece so it wouldn't bulge outward. I did this by hacking away at a piece of aluminum stock, and then managed to torch my fingertips by forgetting the laws of thermodynamics and handling said aluminum while it was still approximately 5000 degrees.

- I found a great fan in my junk bin that will run off of 12v dc - I wired it to my bench supply to test it; it fired right up; the vibrations it made shook it off the counter, onto the floor, where it broke into about 9,420 pieces.

- the "pvc laser" is now finally attached to the machine in a way that won't fall to pieces with a sideways glance:

- the heat sink I 3d printed - which is only half the overall heat sink - took a whopping 48 hours to finish. 2 subsequent attempts to print the other half have ended in catastrophe (re: the print attempts and along with them my monthly electrical bill). 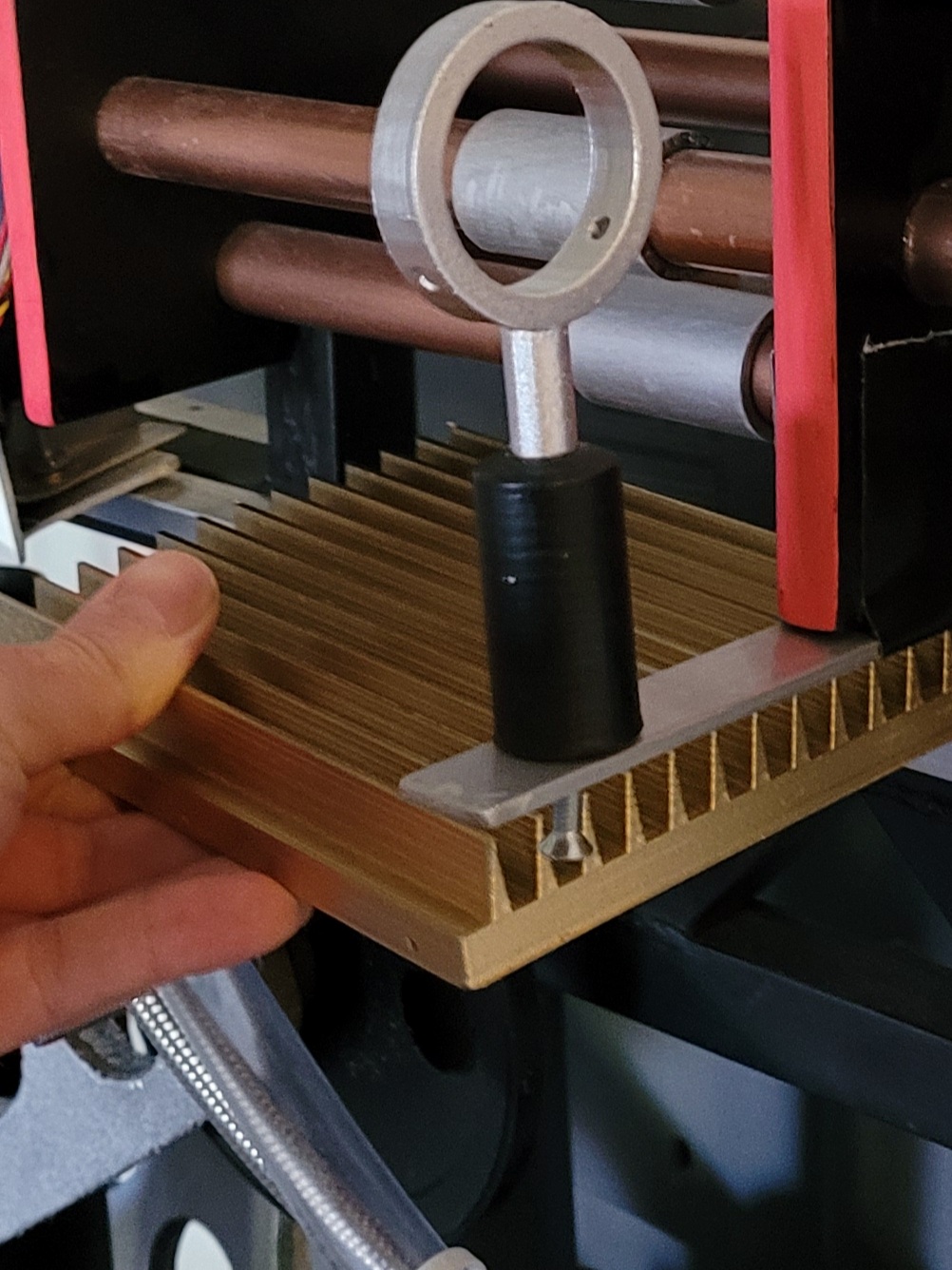 I'm eager to get the electronics together, so our kitchen table can be used for less conventional things, like meals.
L

RagnarokandRoll, the machine looks amazing! I can't wait to see how the finished product would look like.

On another note, does anyone know where the shrinking sound effect is from? I've heard it before in a scene from Tron so it must not be unique to HISTK.

lipo1117 said:
RagnarokandRoll, the machine looks amazing! I can't wait to see how the finished product would look like.

On another note, does anyone know where the shrinking sound effect is from? I've heard it before in a scene from Tron so it must not be unique to HISTK.
Click to expand...

Thanks!! It's getting close!

I'm a sound designer by trade so I could look into this. Typically sounds of this nature are constructed via many different layers, and I recall from memory the shrinking machine's "zap" featuring a few different elements, so it might not be as simple as finding a 1:1 usage somewhere else. It's more likely that one or more of the elements used in HISK were also used in Tron since some of their elements might be from the same library (both of them being Disney films).

Speaking of sound I always thought it was funny and a bit strange that the machine sort of "honks" like a truck as it's winding down after shrinking something / detonating fruit. It's an interesting, idiosyncratic sound and I've always wondered what the internal logic was that motivated the choice..
Last edited: Tuesday at 11:34 PM

Quick update. The most tedious part of this project is almost done. So far about 4 of them are actually glued. Only 56 more to go...