Maybe it's just because I know he's lying about the gun, but with his suit they make him look like a discount Bond villain to me

I'm fairly sure that dude was a used-car salesman in the past...or a weatherman.. =b

Gregatron said:
No contest compared to yours, though!
Click to expand...

RPF PREMIUM MEMBER
If only...

Thanks! Yeah the wording is a bit awkward; I tried to constrain myself to their original May 17 FB post's structure. If you think of a more appropriate way of tweaking that text, I'd love to improve it!

These people KNOW they are liars, ugh. Spreading misinformation by endorsing uninformed opinions like this is honestly infuriatingly brazen.

Vanitas said:
From what I recall this image was in the code of Bapty's website; at the beginning of 2022 I was looking through the site after seeing the infamous Pawn Stars episode. To this point I hadn't realized that Bapty had a website, as I was under the impression that they were defunct. Bapty's images were not able to be downloaded/saved as, so using Inspect Element I was looking through the code with the intention of saving any relevant images I found. Since then it looks like the website has been entirely revamped.

This image was (I think) not one displayed in their gallery but was still in the code, so I saved the image directly and posted it to one of the discussion threads without much hurrah other than a "Huh, that's weird". I suppose it is possible that it might have been some kind of backup/stunt prop given the unusual design, but who knows at the end of the day?
Click to expand...

Next thing you know, they'll be saying that Greedo shot first..
..with a live blank-firing Ruger, rather than resin.

They must be dyslexic or something, they can't seem to read a single post in all of this community's research.
Or maybe they just can't handle the truth! =b 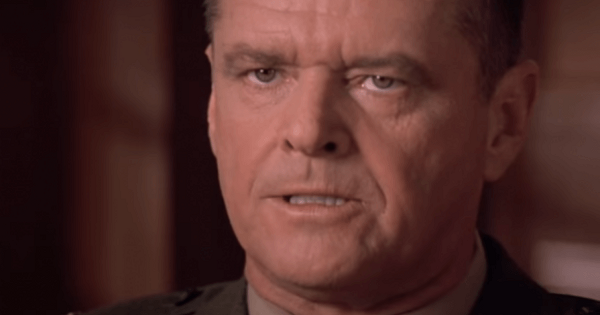 Is it weird that I'd actually like to learn to move my mouth that way while saying "maclunky", when I may (hopfully not) end up getting in a fist-fight with someone?..

..would have been handy in high school, maybe not though..probably end up getting whooped even harder then. haha

deadbolt said:
They must be dyslexic or something, they can't seem to read a single post in all of this community's research.
Click to expand...

I find RIA’s deliberate dismissal of the RPF infuriating as a newbie, so I can’t imagine how it must feel for those who have put so much time and energy into building these threads. When I first emailed RIA to politely inquire how they reconcile their claims with the RPF’s expert consensus, this was their entire reply:

“RIAC has been made aware of the RPF. The information located there is purely conjecture. The documentation we have supplied by the consignor is primary source information. I have included the letter from Tony Watts that is with the listing.”

So they’re actively arguing that Tony Watts’s singular letter – which is decidedly NOT a primary source – should outweigh everything on the RPF. Speaking of primary sources, I find it rather telling that they appear to have carefully beaten around the bush of Carl Schmidt; nowhere in their listing is there a definitive statement that Carl confirmed the authenticity of the base Mauser; it’s only implied. I wonder why that might be…

Then again, as much as RIA’s self-imposed ignorance irks me, I think in some sense the news media as an industry deserves some blame too. It’s supposed to be part of the media's job to investigate the things they report, but almost every article out there is just parroting the press release. The RPF may not be well-known, but it’s not exactly hidden either.

BTW, just a suggestion for this thread's admin: would it maybe make sense to add "RIA" or "Rock Island Auction" to the title? That might just help it to show up in a search, since the gun really hasn't been publicized at all either by RIA or in the media as the same one that featured on Pawn Stars.
Last edited: Aug 15, 2022

It's not a casting. It's the real scope.
I think they re-blackened it which makes it so the scratches and finish don't align anymore.

RIA is basically putting everything on the 3 Mausers idea which Bapty has put forward. Was there ever a mention of this before this gun showed up? Supposedly a period photo confirms the serial number on this particular gun to be "one of the 3 used".
Bapty retains the only copy of the photo and RIA are not allowed to use it in the auction - supposedly due to Disney.
I'm really curious what is in this photo - just the gun? converted? someone from production holding it? No idea.

I am REALLY not hoping for very much, but do note that I have sent a rather lengthy email detailing some of the broad specifics of this prop versus the to-be auctioned piece along with comparison images to a journalist with a history of making detailed expose pieces (specifically regarding fraud and deception in certain marketplaces). Even if this topic does not capture their interest I think it important to try and spread the truth about this piece before it comes up to auction next month, regardless of whether or not there is any real difference. I can't personally stomach all the articles written by "journalists" popping up everywere regarding this ""original"" Han Solo blaster coming up for sale soon, particularly when they all seem to have been written without any real integrity or research.

RPF PREMIUM MEMBER
This is that one right? If they're claiming there were multiples with cut barrels.... 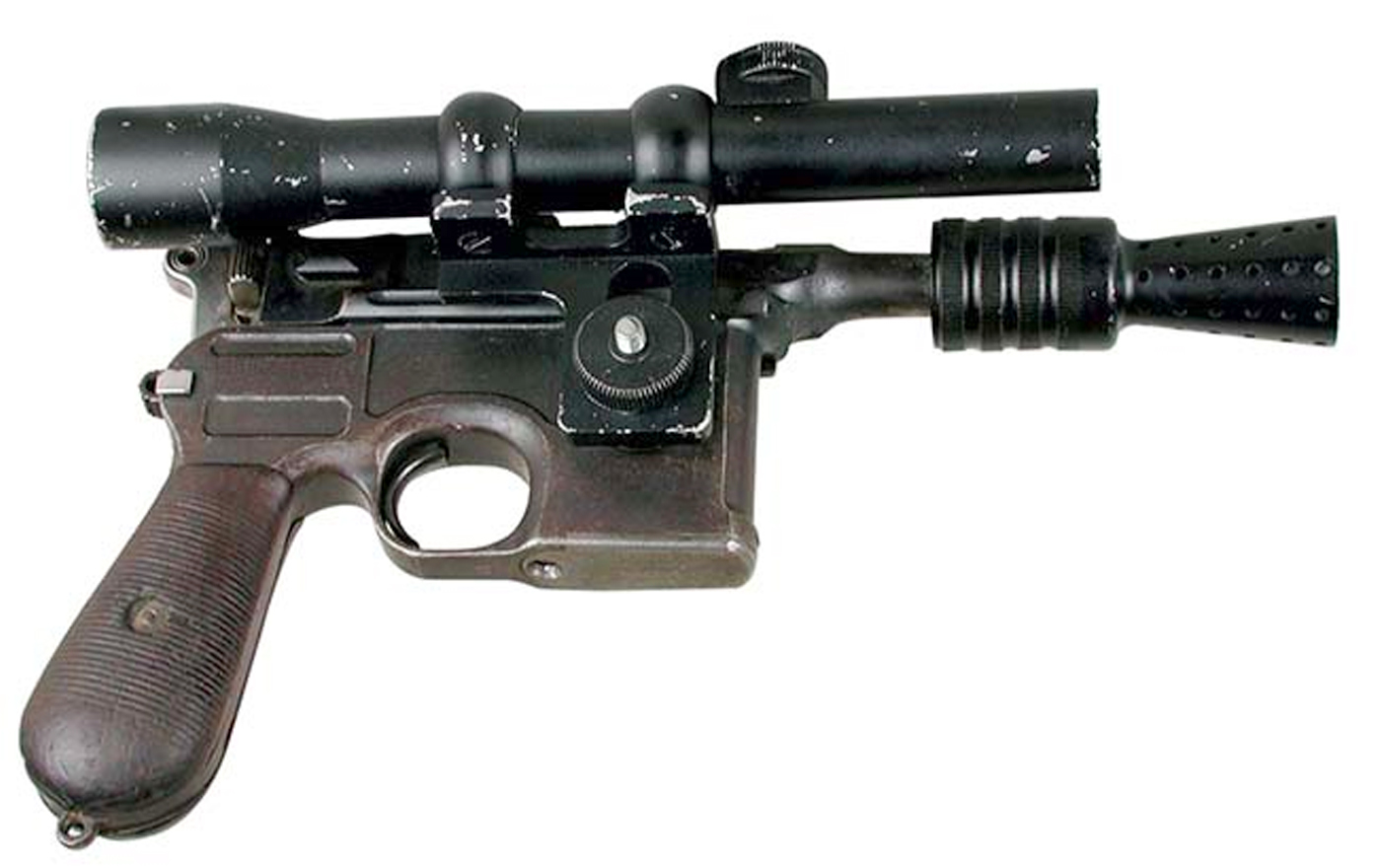 thd9791 said:
This is that one right? If they're claiming there were multiples with cut barrels....
View attachment 1607186
Click to expand...

It could be, though without any clarification on what this piece was it's hard to say. It certainly seems to be an unusual C96 variant given the odd shape of the rails on the upper.

Well, it's a real c96 with a cut barrel... and looks effed up for firing...and was on Bapty's website.

Is there any other appearances of this blaster? Different for sure than any screen used ones I've seen.

kpax said:
Well, it's a real c96 with a cut barrel... and looks effed up for firing...and was on Bapty's website.

Is there any other appearances of this blaster? Different for sure than any screen used ones I've seen.
Click to expand...

What makes it confusing for me is that we don't see 3 rings of knurling on the flash hider until ESB... we don't see that type of knurled knob until ESB... nor the shape of bracket. The holes on the flash hider and long scope are ANH era details. Were the ESB blasters designed after this bad dummy gun? Is this a bad after-thought that someone slapped together like the one in this thread? At least we can probably trust the gun is a Bapty thing...

Han Solo Belt by myself