thd9791 said:
Carried over from Facebook - I find it odd that the grip rings would end up un-evenly spaced if it was duplicating the steel frag body.

This is a super cool idea and I had no idea these even existed until the other day
Click to expand...

The duplicator only goes in so deep, and the cuts are round nosed… so if they skipped over certain sections (or only cut partial sections) then I could very easily see this being the case… however the surface detail that can get picked up with the round nose is VERY detailed.
For instance: note the ridges in the MK1 come up again in the booster 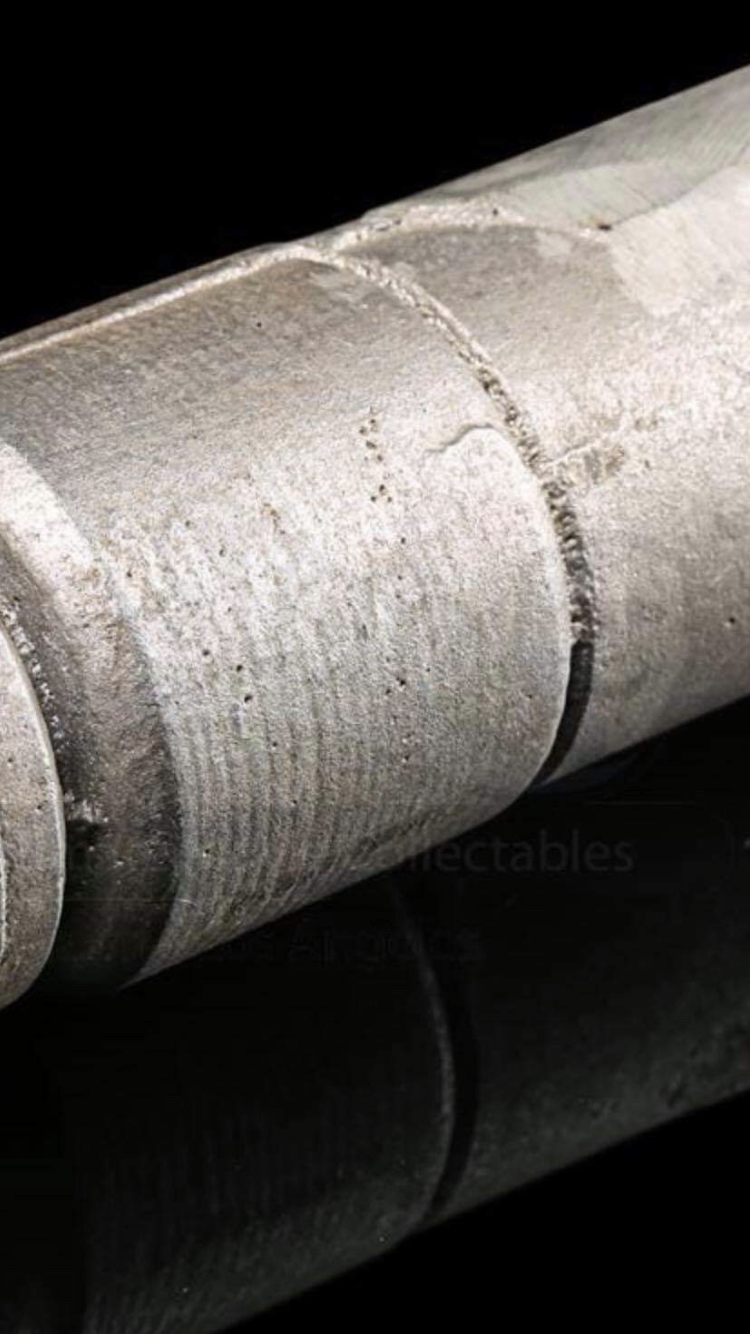 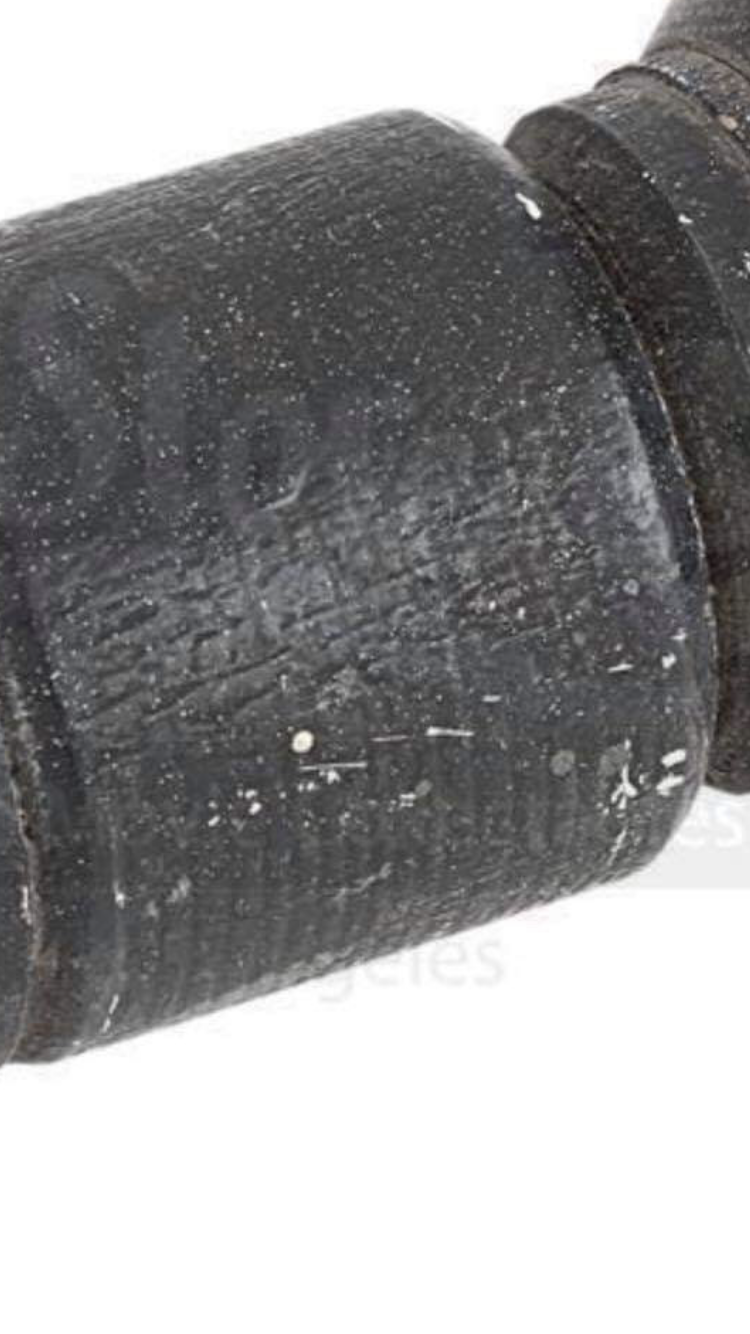 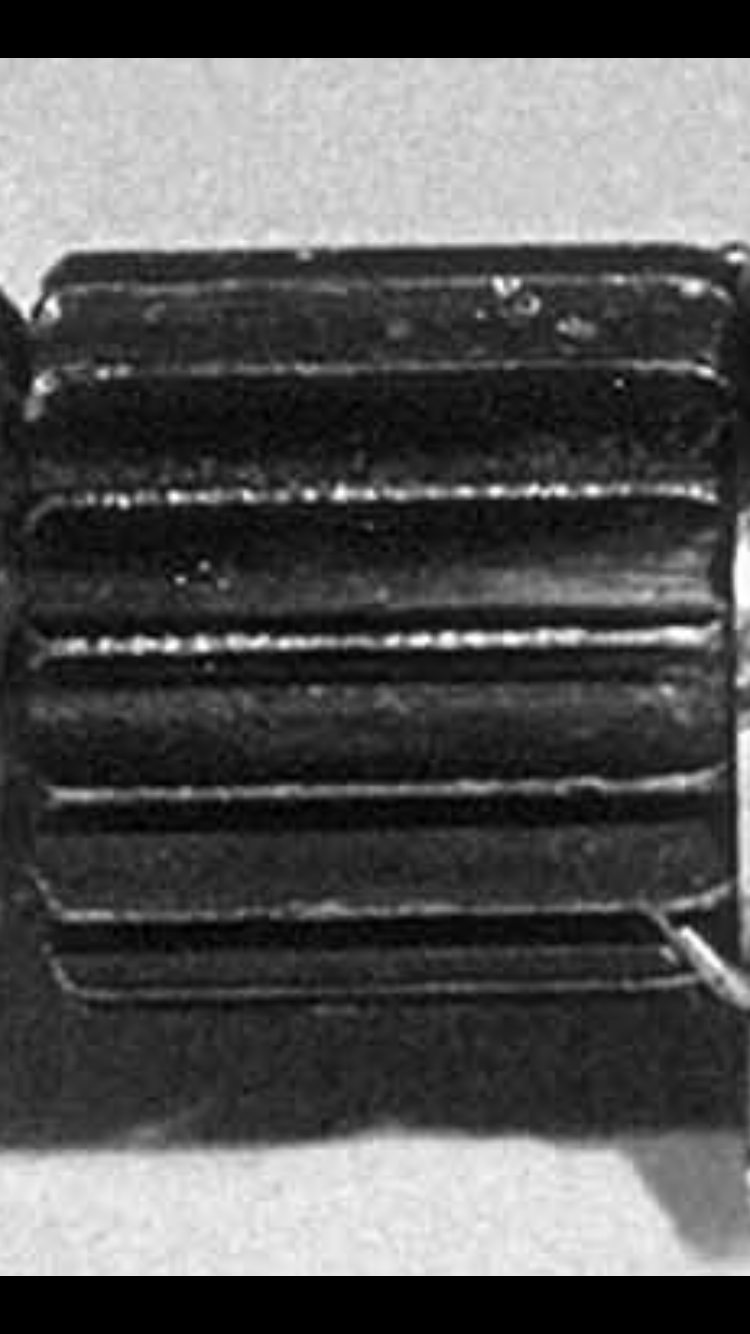 Where the deviation would come from would just be from the hand finishing to sharpen the lines up.

Crap you guys are gonna make me put my my MK1 in this thing. Guess I’ll throw tape on it and try and keep it from getting scratched


Check the ridges. Just saying.
That’s a machine ‘tracing’ a surface not just someone on a lathe 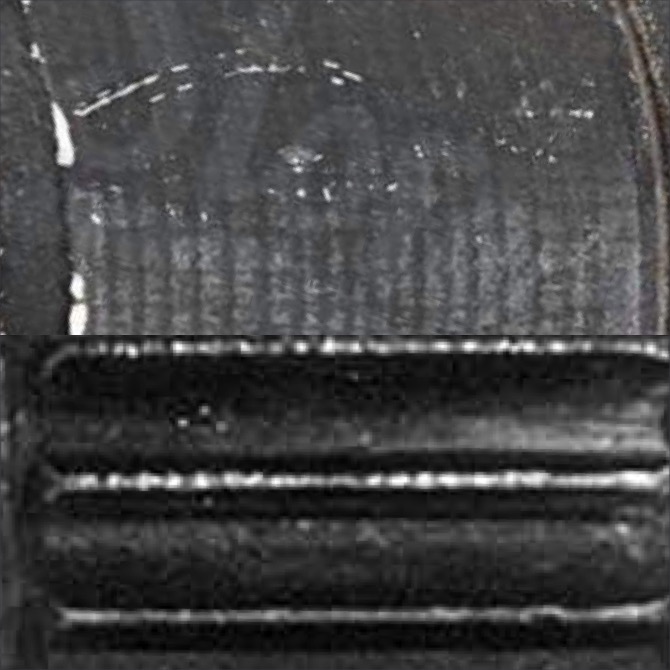 RPF PREMIUM MEMBER
WHOA you're saying the dents in the Booster fins got picked up as those rings on the booster? I definitely see how a manual carving wouldn't necessarily lead to those rings.

thd9791 said:
You'd have to replace the clamp with some pipe maybe
Click to expand...

I think they did it with the clamp on. It only takes one line on the length … literally a single outline profile.

To rephrase. The donor piece gets held in solid. The tracing arm rests on it with gravity (there are some knobs for manual adjustment and depth/calibration to scale) the donor piece doesn’t turn just sits and gets scraped linearly so the clamp would just need to be on the “wrong” side of the tracer arm. Heck I did this with the D ring on too 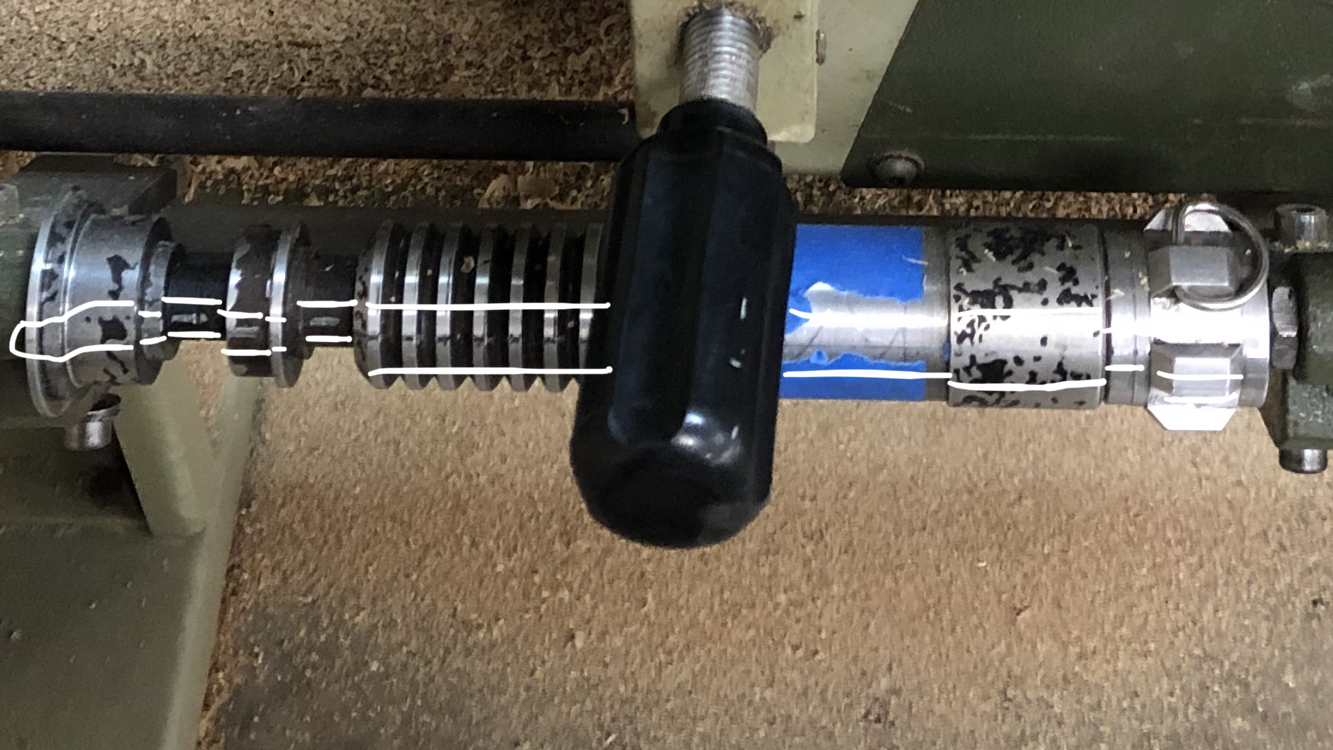 note the single linear scrape on the aluminum… from the tracing arm.


I WILL try my MK1 next.
I’ll just tape the line and hope the steel stands up. Maybe I’ll double tape the handwheel
Last edited: Nov 26, 2021 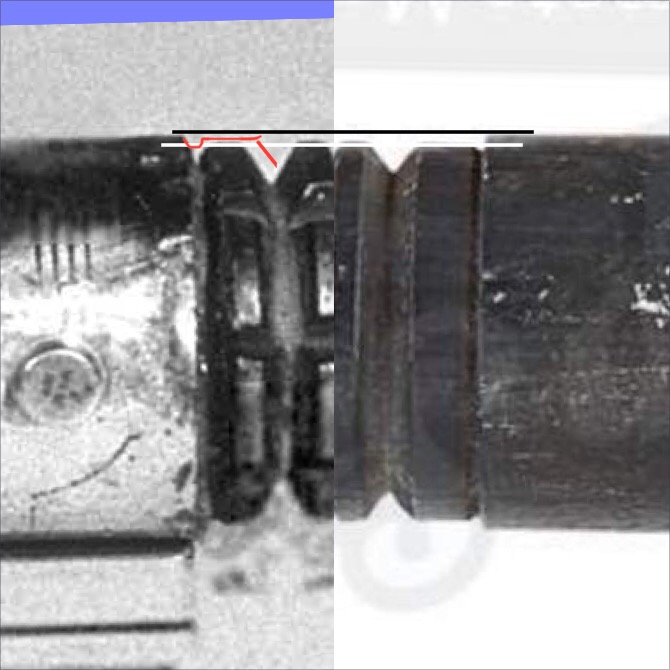 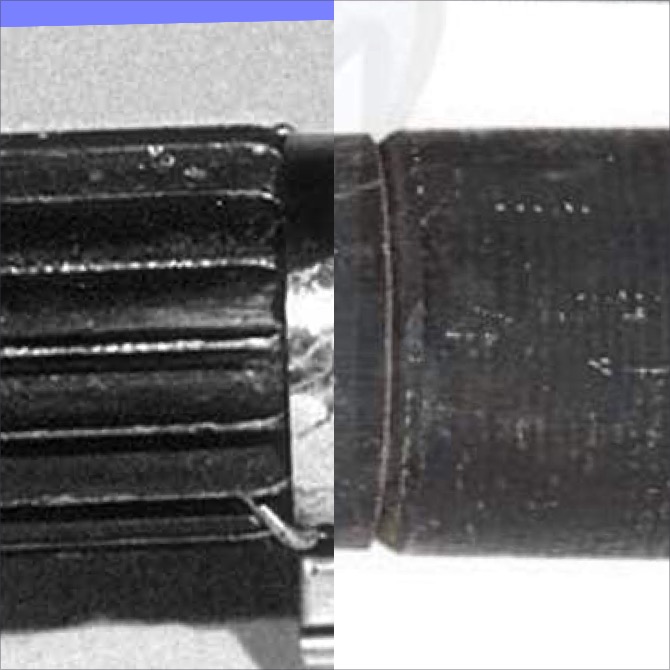 The other factor to take away are these other uncanny profile relationships…
If they did chuck it in… the clamp was definitely on.

If they had a duplicator and knew how to use it: it would have taken guesswork, skill, time, and cost out of the equation for production. Maybe 1 hour of work tops

RPF PREMIUM MEMBER
Machining a duplicate by eye gave us the Yuma/hero, this method seems much more on the money.

RPF PREMIUM MEMBER
Would this mean that the grenade ring depth on the MK grenades were uneven too? What would be the cause of them on the buck if it was duplicated on the duplicator lathe?

PoopaPapaPalps said:
Would this mean that the grenade ring depth on the MK grenades were uneven too? What would be the cause of them on the buck if it was duplicated on the duplicator lathe?
Click to expand...

Not necessarily. The grenade ring depths are something they would actually need to drop into manually, If they didn’t drop all the way in it would wind up being shallower like that… and again: would need to be sharpened by hand.
Although aren’t some grenade ring valleys varied in depth on the Hales?


BRRogers said:
...Although aren’t some grenade ring valleys varied in depth on the Hales?
Click to expand...

That's what I've heard and assumed. Those grenades were originally machined by hand too, as far as I know. I don't know if they would've varied as wildly as it does on the buck though.

RPF PREMIUM MEMBER
I see much better now, thank you. With your history on the ROTJ sabers, were those (in your opinion of coruse) lathed from round stock without a duplicator?

thd9791 said:
I see much better now, thank you. With your history on the ROTJ sabers, were those (in your opinion of coruse) lathed from round stock without a duplicator?
Click to expand...

Unless something specific comes up to make sense of the Yuma, that one seems like it was done manually with references to the V3 cast.
I actually don’t know if there’s a specific duplicator type setup for a metal lathe

RPF PREMIUM MEMBER
Kind of bummed.
Someone called me while I was just getting into the most important portion of turning this and I didn’t realize it… that’s where the video cut off (my phone vibrated out of position)
But you can see how the tool works.
After the fact I am more than ever convinced they used the MK1 as the base on a “profile replicator” (the correct term apparently) and then cleaned it up by hand on a manual lathe with the intent to sand cast.

I don’t know if I have the will to put the MK1 in again. Even though I taped it up the marks from the profile bit really dug into the weathering and plastic on my hilt


Also unfortunate, the wooden blank I chose for this wound up splintering badly during the process as I was working on the grenade portion… so I’m pretty flustered I didn’t get to follow this process through fully like I wanted to share.

I will say though that the replicator bit picked up the dents on my booster perfectly, I’ll get a photo of that at least 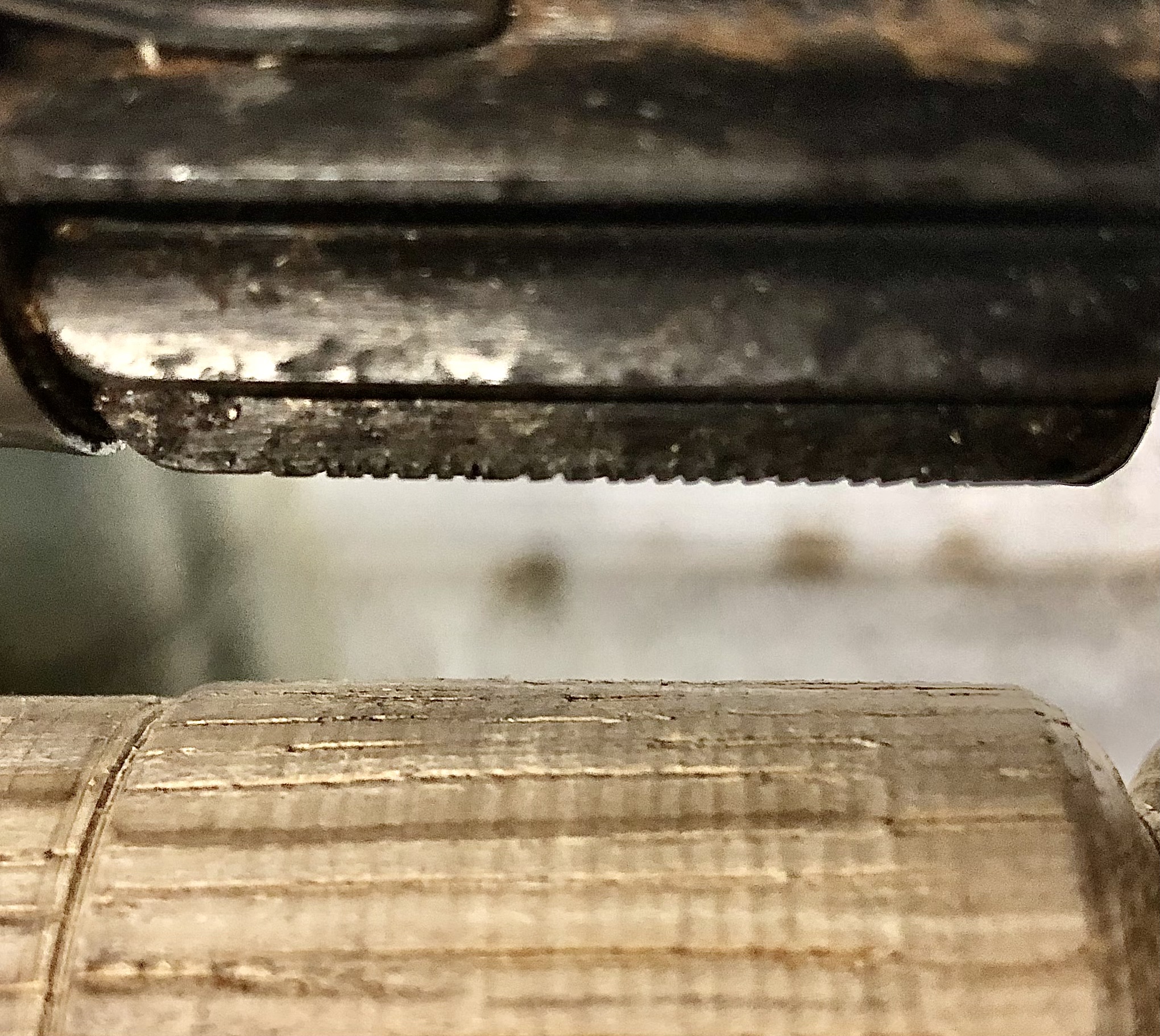 Halliwax said:
Is that southern yellow pine?
Click to expand...

White oak, which is most of the (4+quarter) scrap we have at the moment… also apparently not ideal as a material for detail work

RPF PREMIUM MEMBER
Idk what the real buck is made out of… the wood kind of looks red in some areas and yellow in others..

I don’t think it’s pine.. I would figure there would be more dings and dents all over it with such a soft species

Curious if it’s a maple.. my gut is telling me maple.. but who knows 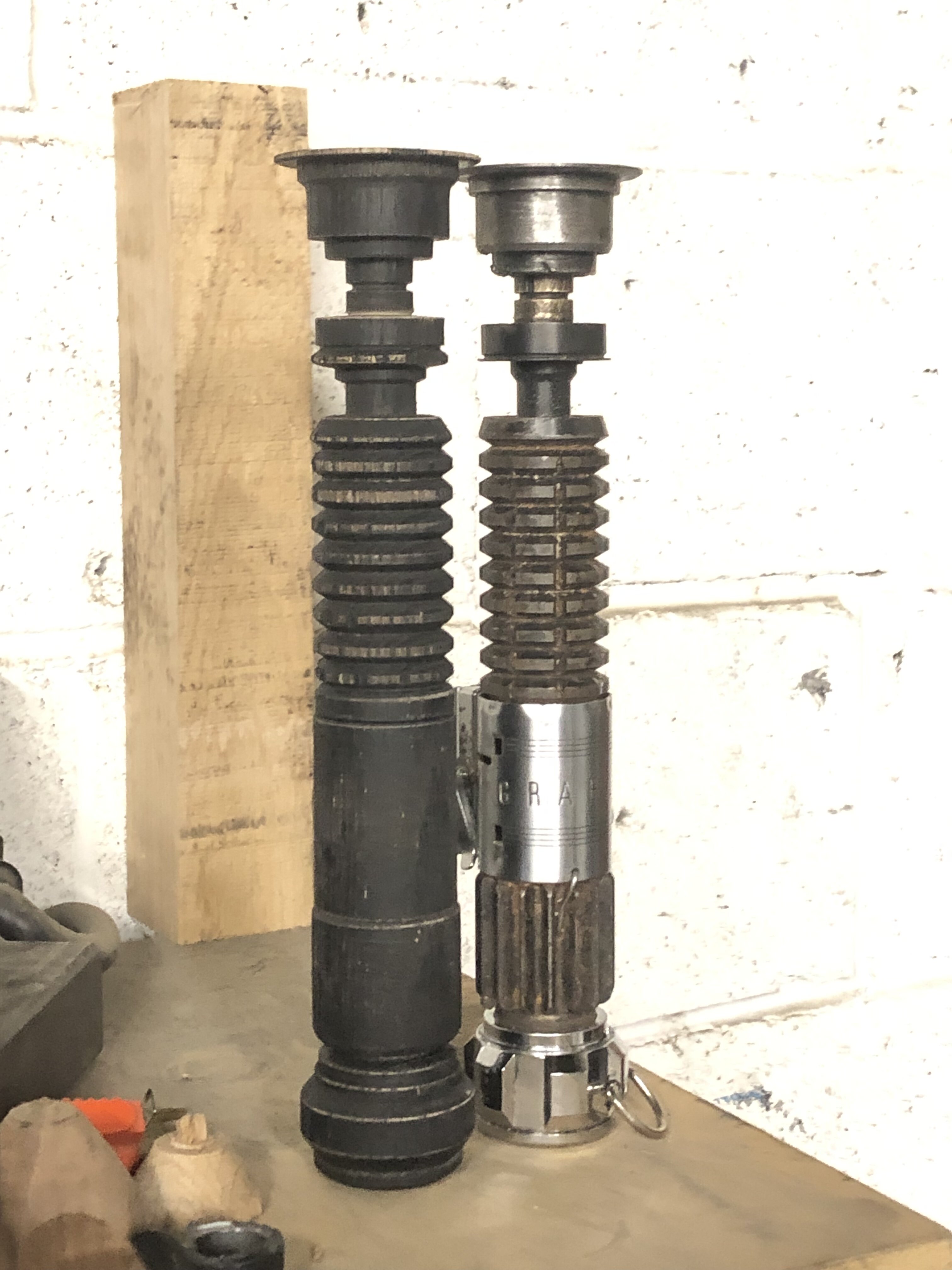 Some areas could improve but; I’ll call this a good show for proofing the hypothesis. 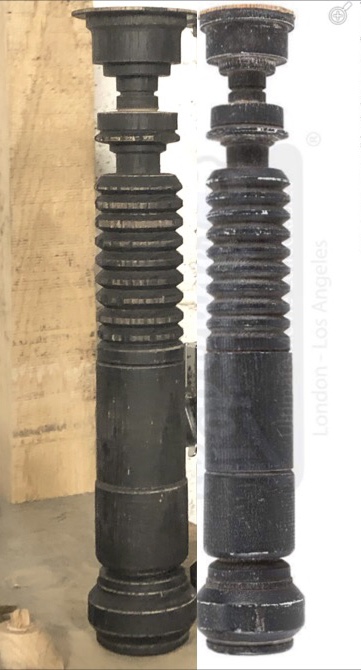