Amish Trooper said:
I would love a cast of those cars... Sigh
Click to expand...


lol
I would love those cars... Sigh

I wonder if my bud would sculpt these for me. He is doing my Mangalore at the moment ...hmmmm Now I gotta call him

Thanks for posting the Taxi and Police images - I didn't think anything would ever turn up on these great models.

I'm a huge fan of the The Fifth Element and back in 2010 I acquired the 1:6 scale master of the Police Car.

The model was looking its age when I bought it (probably constructed in 1996) with dents, cracks, cobwebs and peeling primer, which is understandable.

Unfortunately a less than successful trip across the Atlantic resulted in me acquiring a kit of the original model.

Anyway, a couple of hours and a lot of superglue later I have the makings of a great build.

To give you an idea of scale the model next to it is the Hollywood Collectibles version at 230mm (9'') long.

There is a 25mm (1'') wide section missing from underneath but I can easily replace it with the same type of material.

My intention is to restore it to its original state, construct all the missing parts, take moulds from it and then hopefully make it available to anybody who wants one!

A friend of mine is sorting out the lighting and its going to look pretty good when it's complete.

All I have to do now is find the Taxi!

Oh those are bloody fantastic. Not to be a pain but my friend is interested in sculpting the taxi but we can't find any reference of the bottom. Is there any detail? Could you post some of those. Fabulous score for your collection.

RPF PREMIUM MEMBER
Try this reference,
THE FIFTH ELEMENT: FLYING CARS DIORAMA
They're supposed to be cast of original models.
I've got one and it's very good.
D

Pro Mod said:
Try this reference,
THE FIFTH ELEMENT: FLYING CARS DIORAMA
They're supposed to be cast of original models.
I've got one and it's very good.
Click to expand...

Pro Mod, I must have missed your message!
Amazing and Awesome car!
:eek

Smaller but really cool (in my opinion), mine:

WOW THANKS ALLOT!!!!
Sorry it took so long for me to see it posted! :$


Tee said:
tek2graphics, isn't ships but for your pleasure :

Pro Mod said:
All I have to do now is find the Taxi!

perhaps the taxi owner (member) will chime in if he sees this thread.

zorg said:
perhaps the taxi owner (member) will chime in if he sees this thread.
Click to expand...


tek2graphics, I contacted the propmaster and unfortunately he has nothing to sell or share. :cry

Thanks for trying.
So far all help here is good!! :thumbsup


tek2graphics, I contacted the propmaster and unfortunately he has nothing to sell or share. :cry
Click to expand...

Police Car restored at the Miniature Museum of Lyon, France :

I've been wondering why the police car has the 'battering ram' attached to the front.
It certainly doesn’t show up on any footage I've seen.
Wonder if it was for an effects shot?

I thought that I had already posted some photos of the Fhloston Paradise in this thread, but it seems that not, so here they are (click on the images to get them) 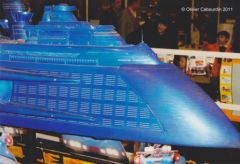 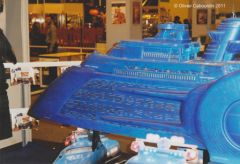 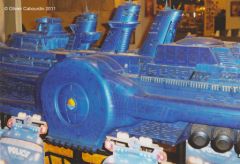 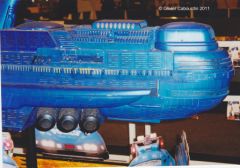 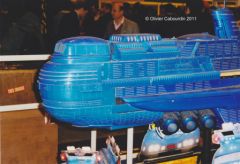 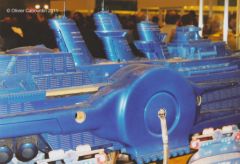 RPF PREMIUM MEMBER
I found this...