Getting closer to some of Kane’s art. The constant art fluctuations (Straight-band, curved-band, signet ring, ring with disc on top, etc.) really do make it difficult to pin down a definitive Kane ring design. 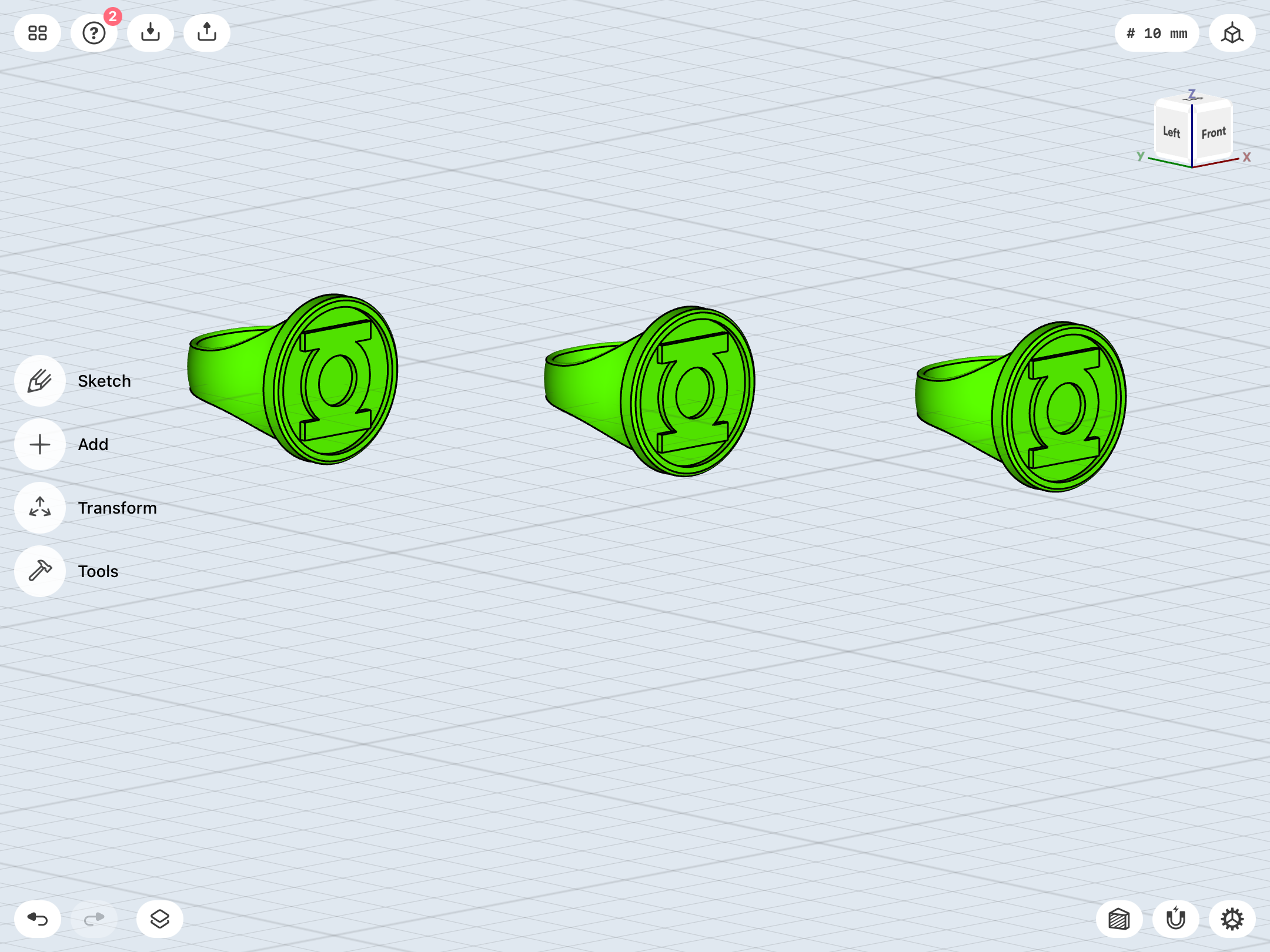 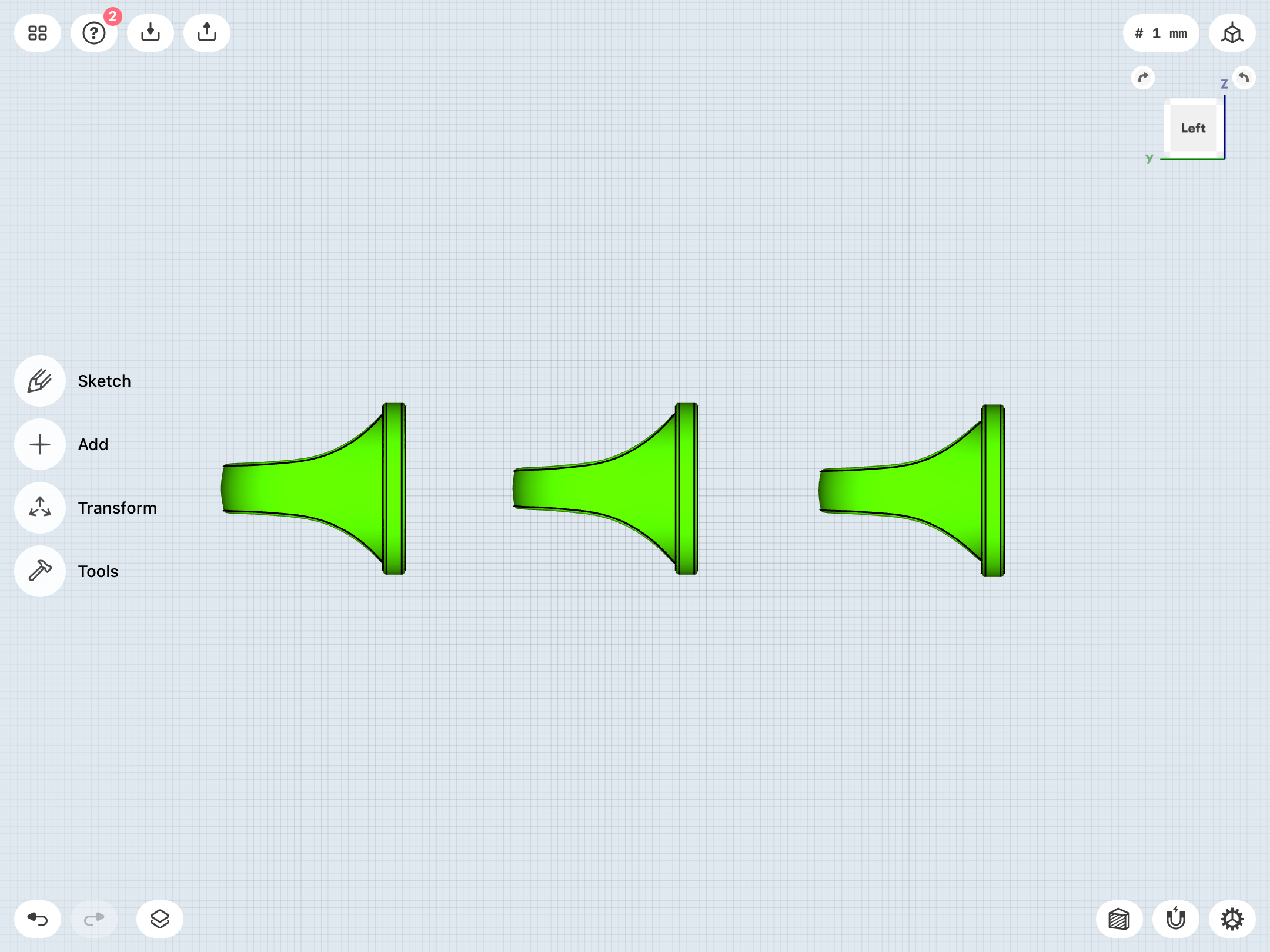 Okay, so…I’ve continued to drive myself totally nuts over what direction to go with the V1. As noted many times, Kane’s art for the ring varied pretty wildly.


1. Disc on top of band. A curved-band variant of the standard, straight-band V1. 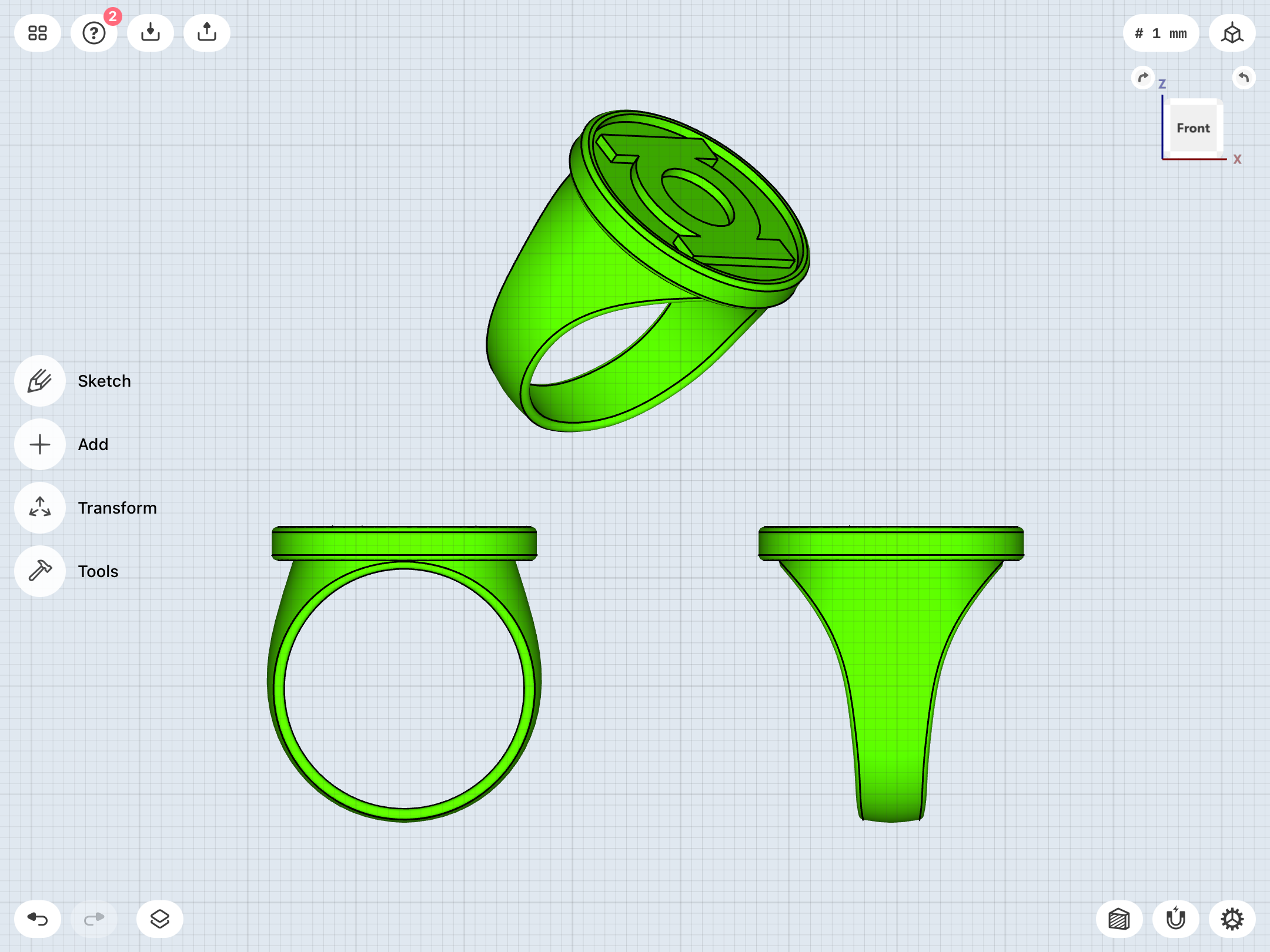 2. Band intersecting symbol-disc. A variant on # 1, with the disc lowered so that the band grips the sides of the disc. 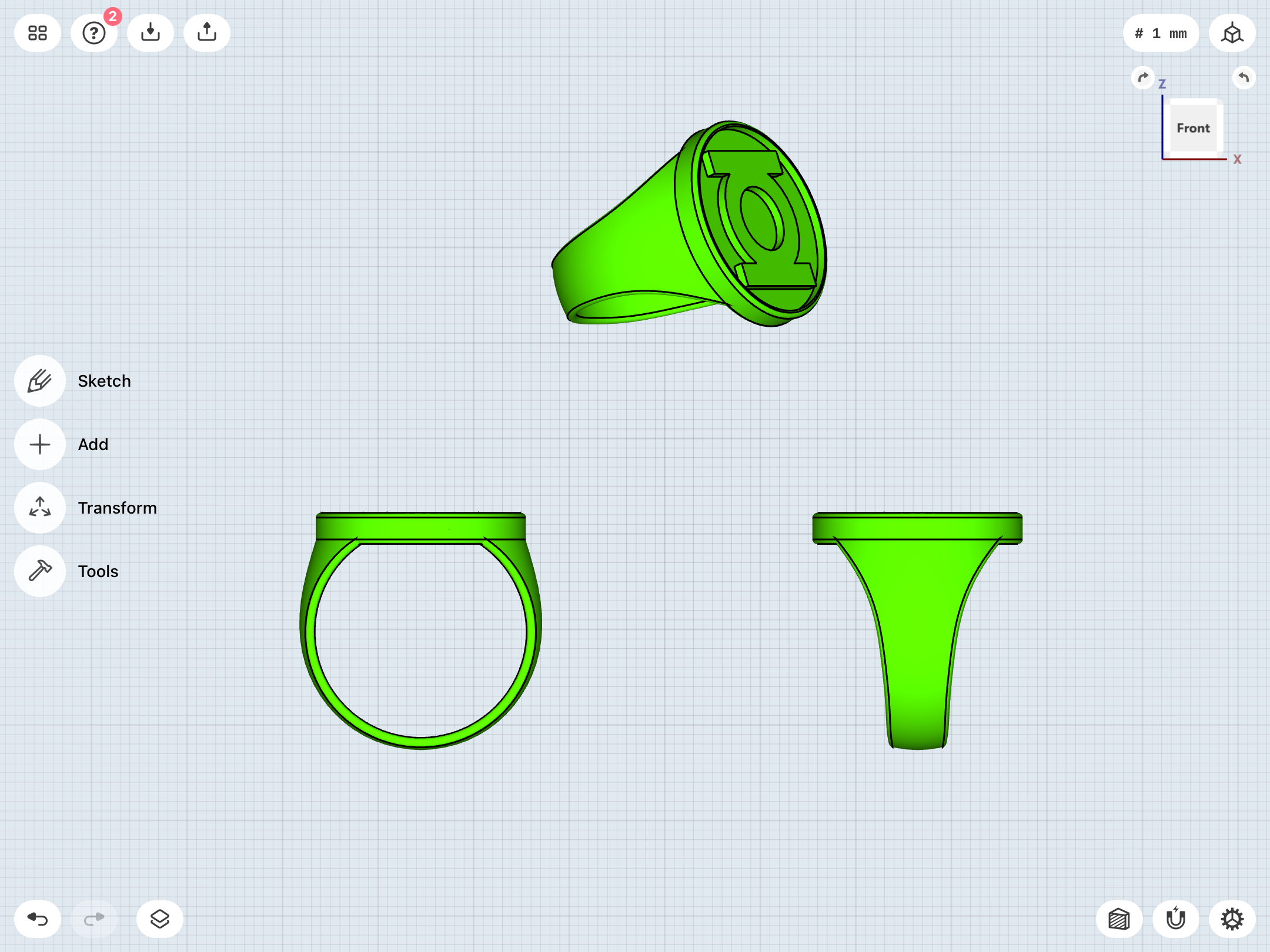 3. Straight-sided signet. The band has a “U” shape in front view, which lines up with the disc, rather than having a curved upper band with an undercut between it and the disc, as in # 1. 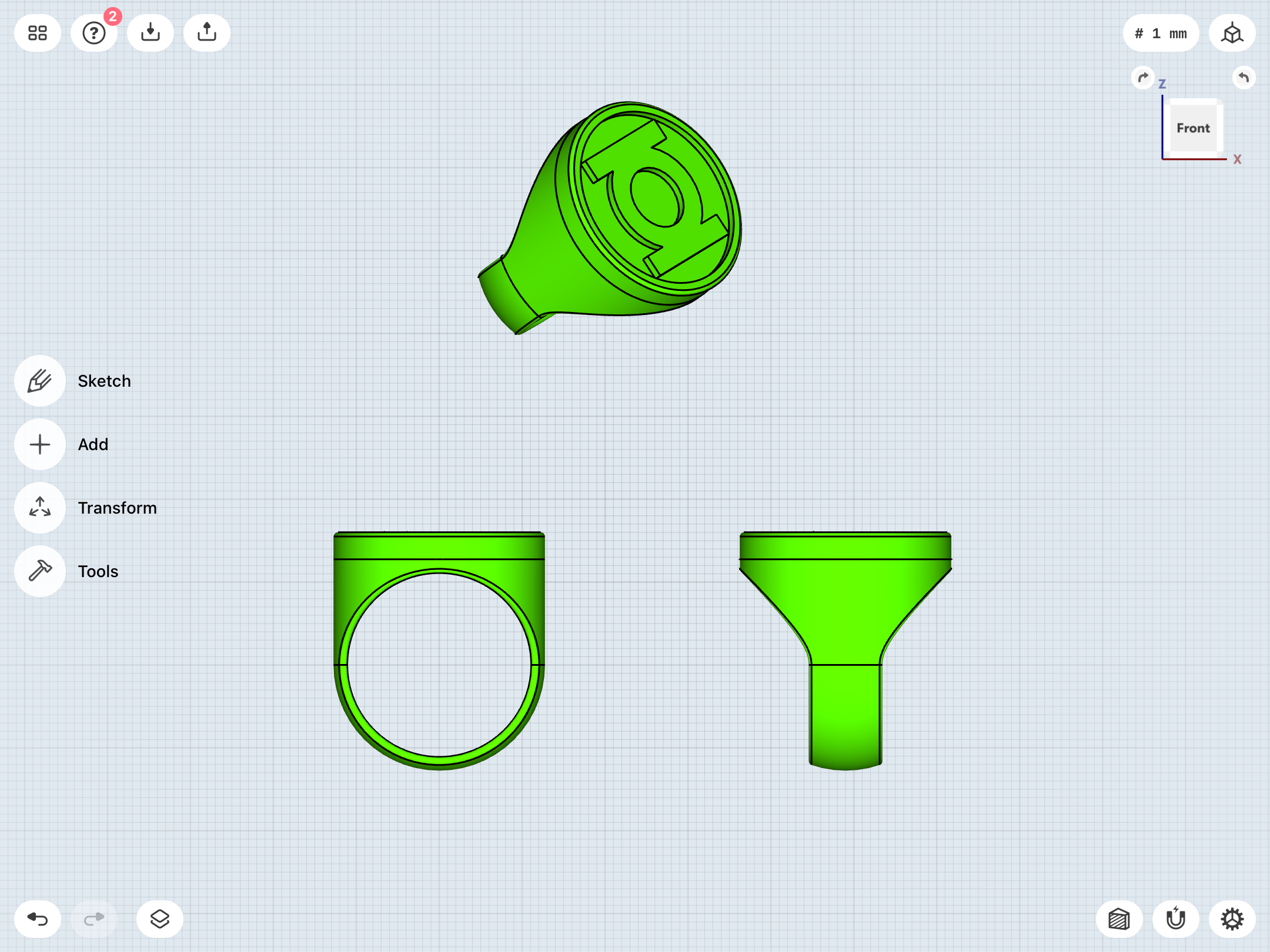 4. Traditional signet. The same design theory as the REBIRTH ring, with the top platform of the band (upon which the disc sits) sloping down and flaring outward into the actual band. 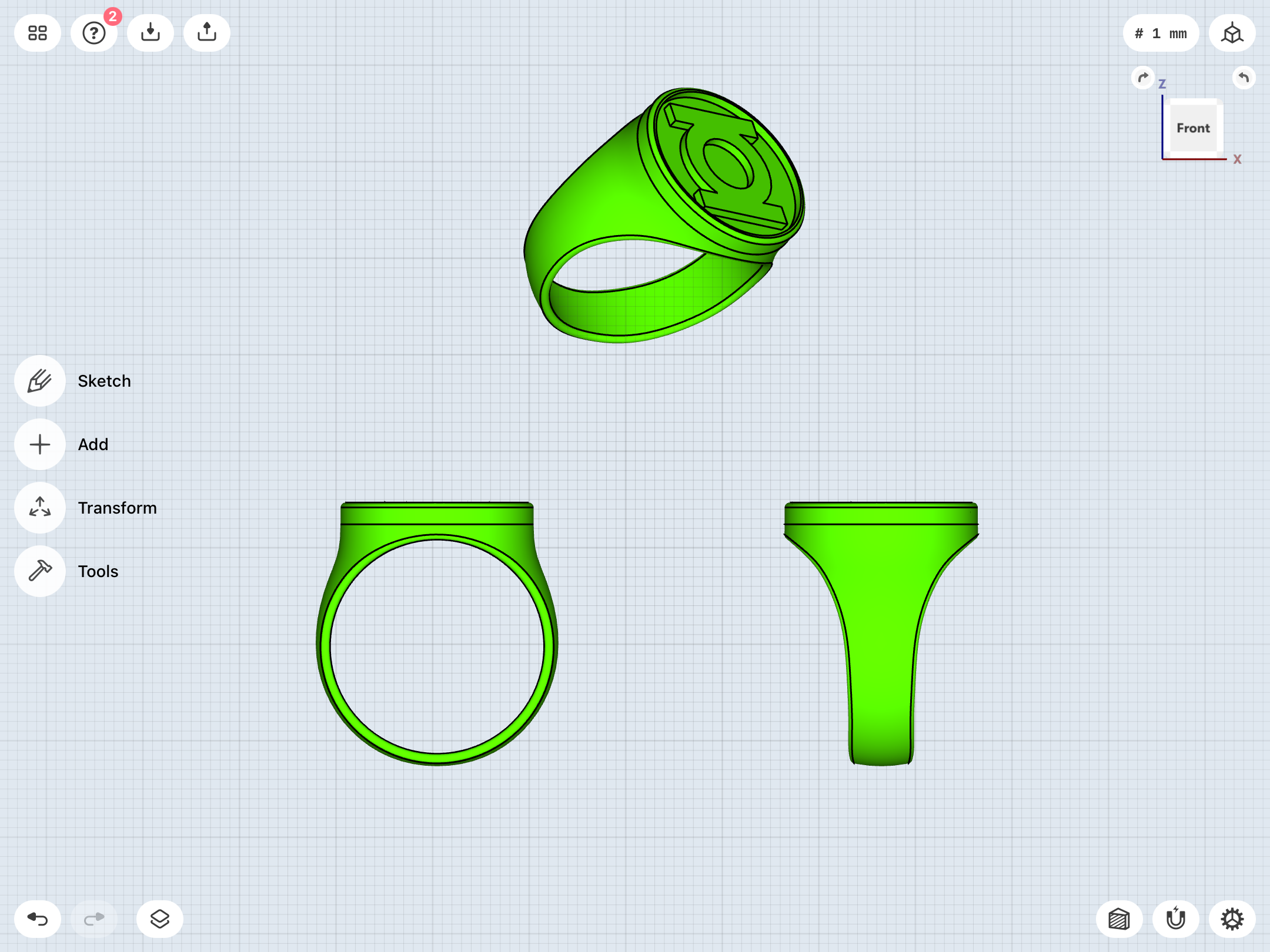 5. Chunky signet. Essentially the Alex Ross style—a signet ring without the sloping at the top of the band, and elegantly-arcing band edges all the way from top to bottom when viewed in profile (rather than a parallel-edged band which flares up and out into smaller arcs near the top, as with # 4). 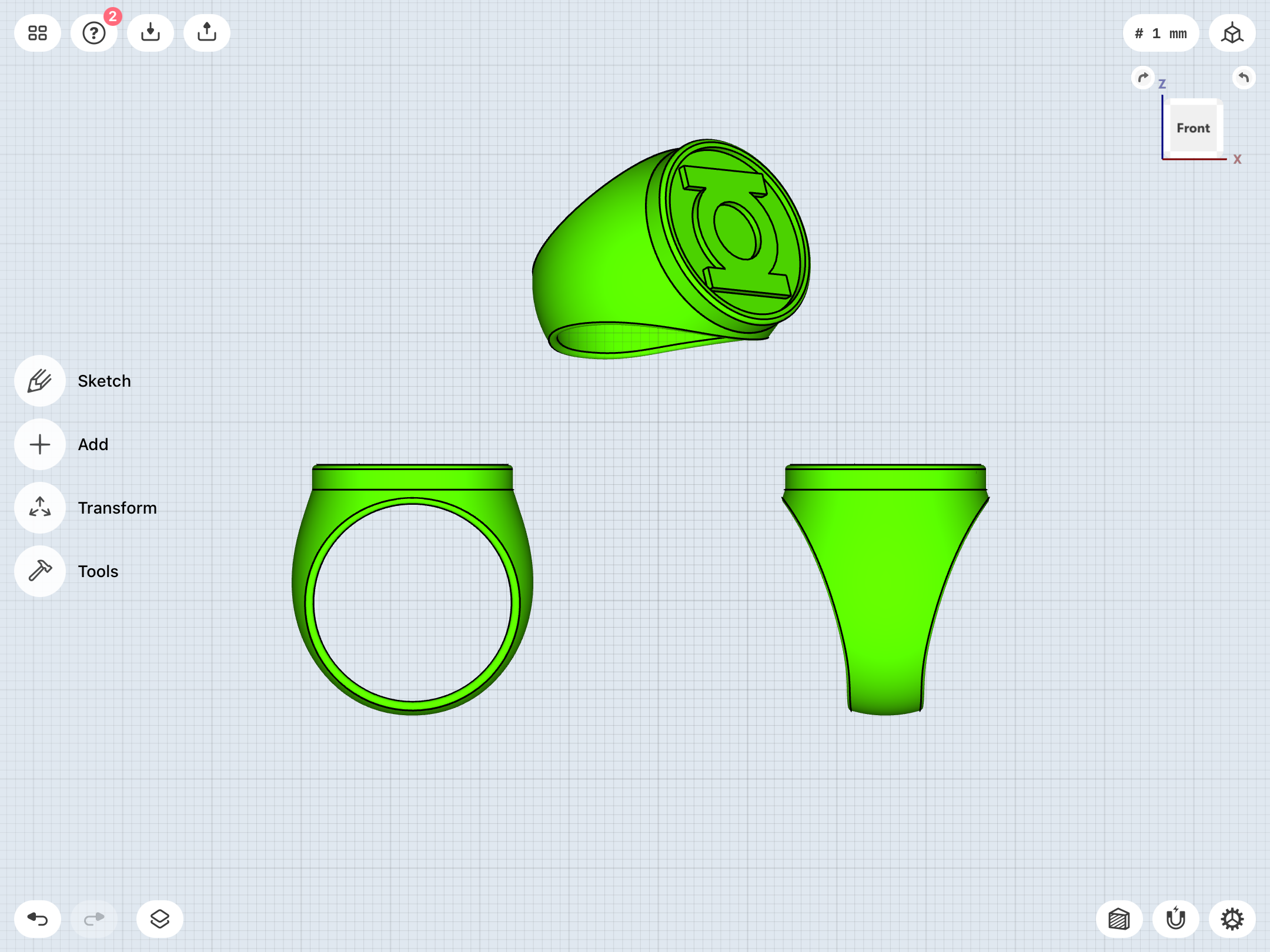 …now I’ve come back around to a true variant of the straight-band V1, with a curved “U”-band attached to the bottom of the disc, which seems to track with a lot of Kane’s art. Ofttimes, he seemed to be drawing the standard V1, but with that flaring of the upper band where it attaches to the disc. 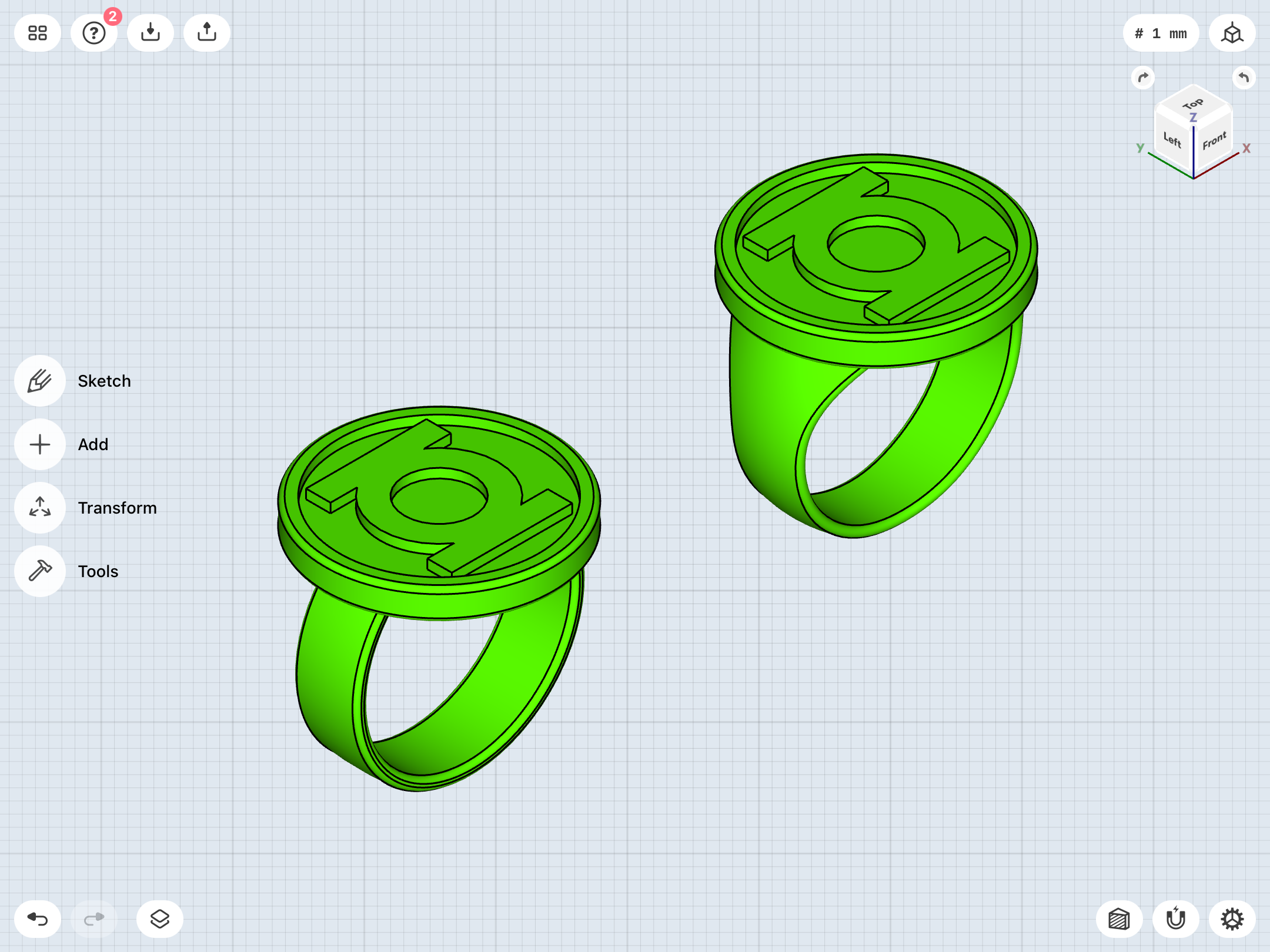 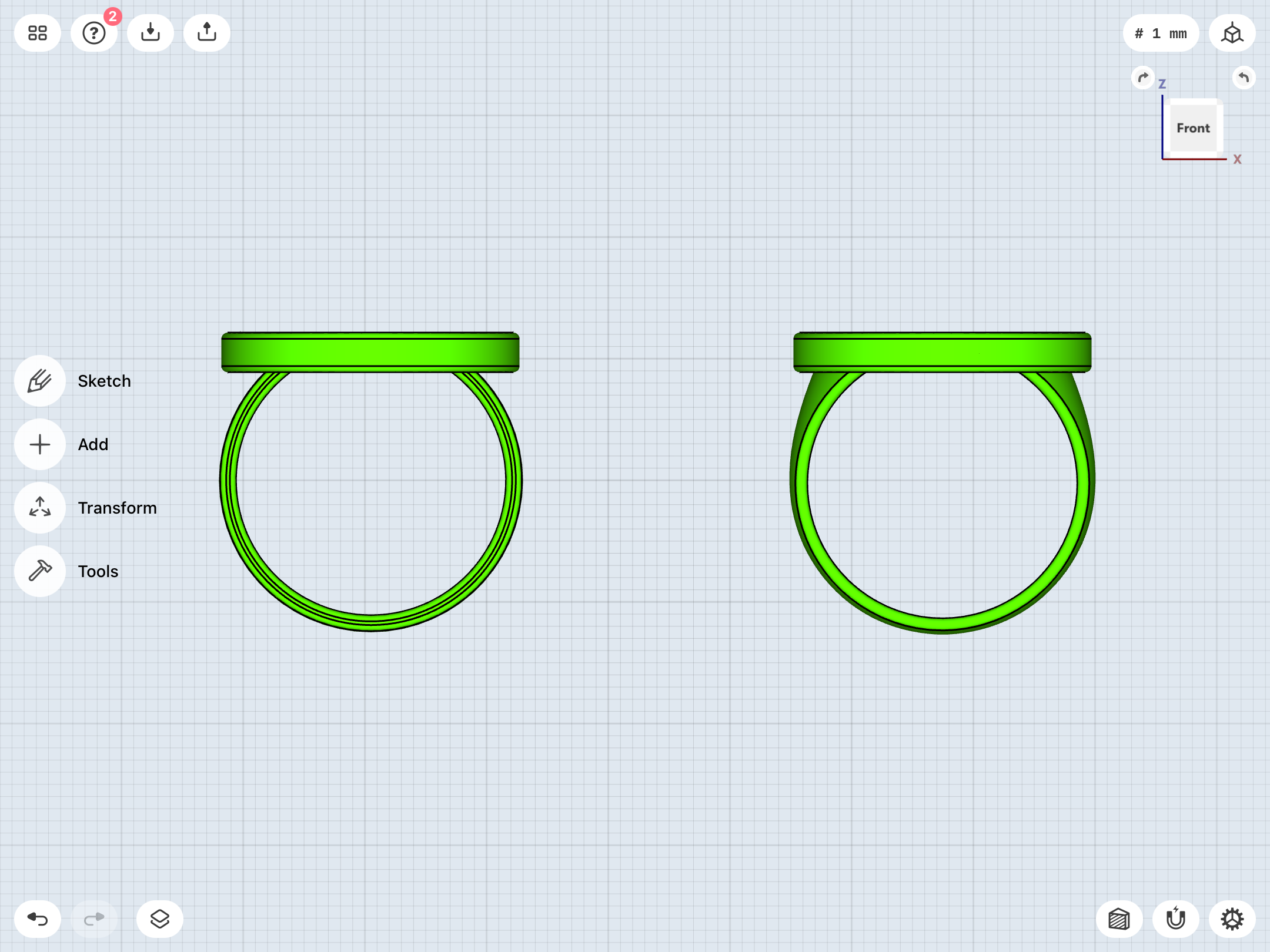 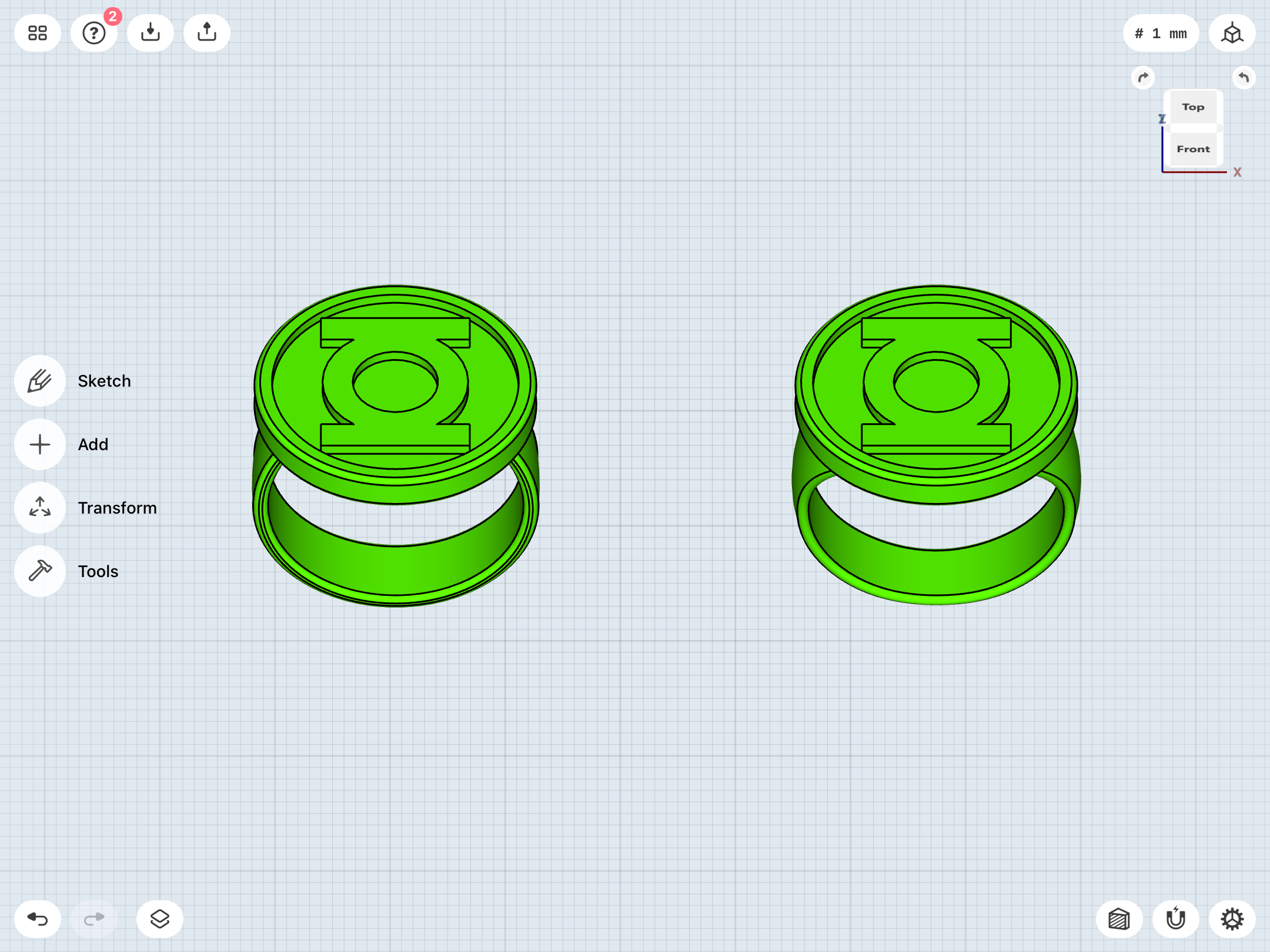 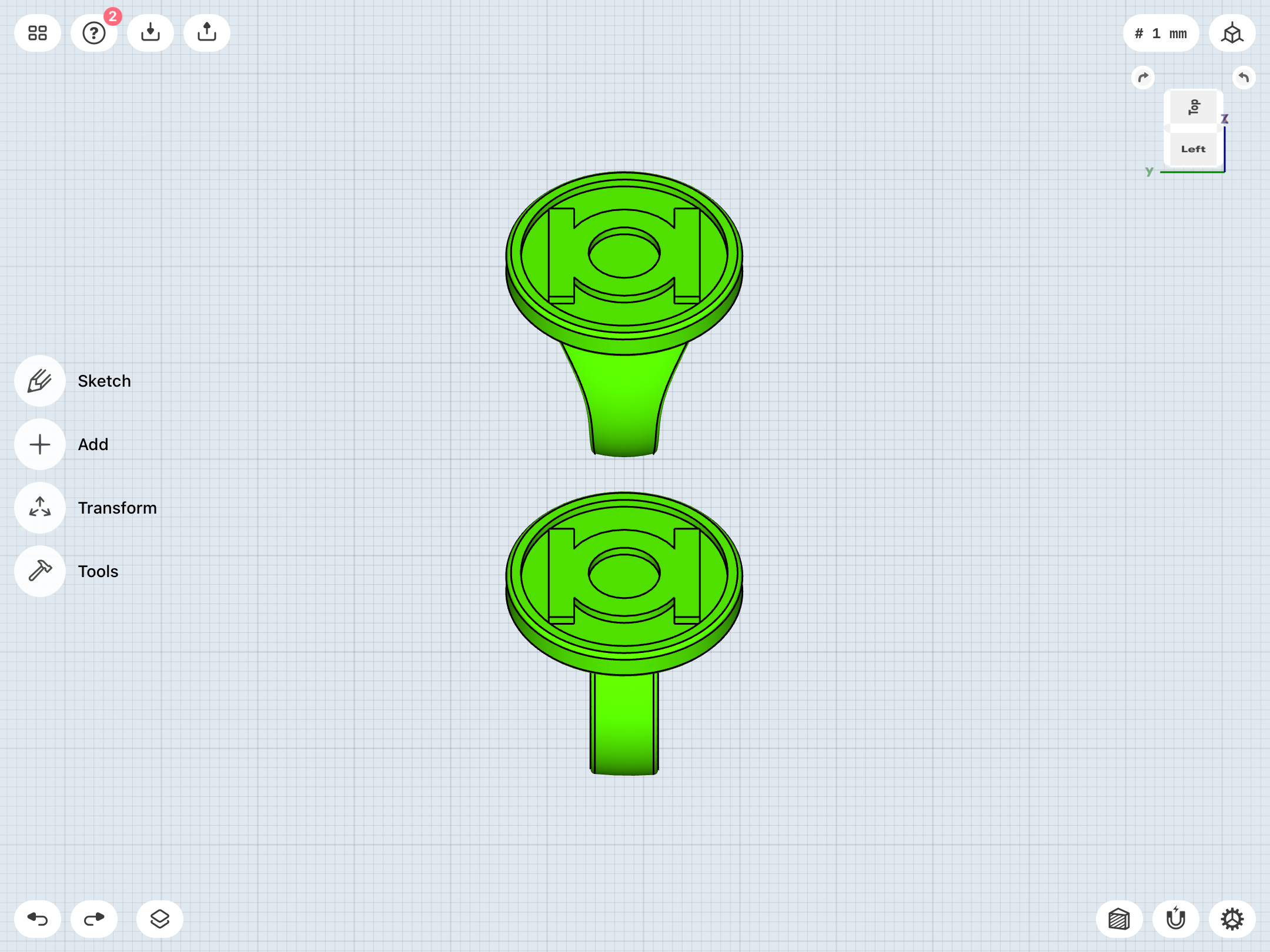 Also, a special (and fascinating) bonus that I listened to while modeling, today:

RPF PREMIUM MEMBER
I love all these final variations too.

I wouldn't be able to choose either. You saw all those shapes used by tons of artists all the time.
G


Of course, Gil Kane stopped being the regular GREEN LANTERN artist in 1970, with issue # 75 being his last regular story. However, he would return to the character—his best known and loved—again and again over the decades for covers, single issues, special stories, guest-appearances, sketches, trading cards, pin-ups, etc.

And, pretty much every time he did, he drew the round V1 ring, despite the fact that the design had stopped being the default in 1976, and would not again become the standard until 1989-1994, and then again in 2004. Now, this was all good and fine for sketches and other such side work, but, in order to try and maintain some semblance of continuity in the actual comics, other artists clearly came in to revise the art and update the ring design.

For example, Kane’s original art for the opening splash page of GREEN LANTERN # 156 shows the V1… 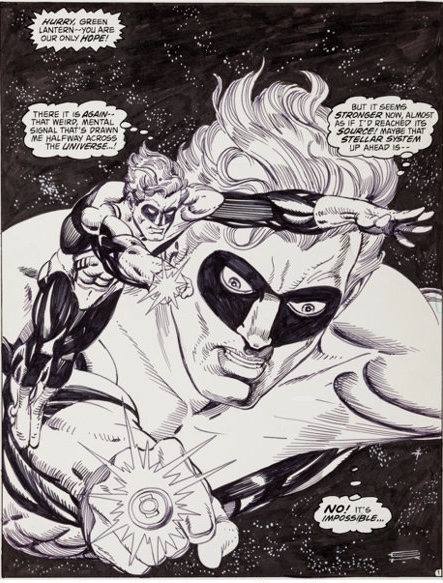 …but the final page shows the V2. 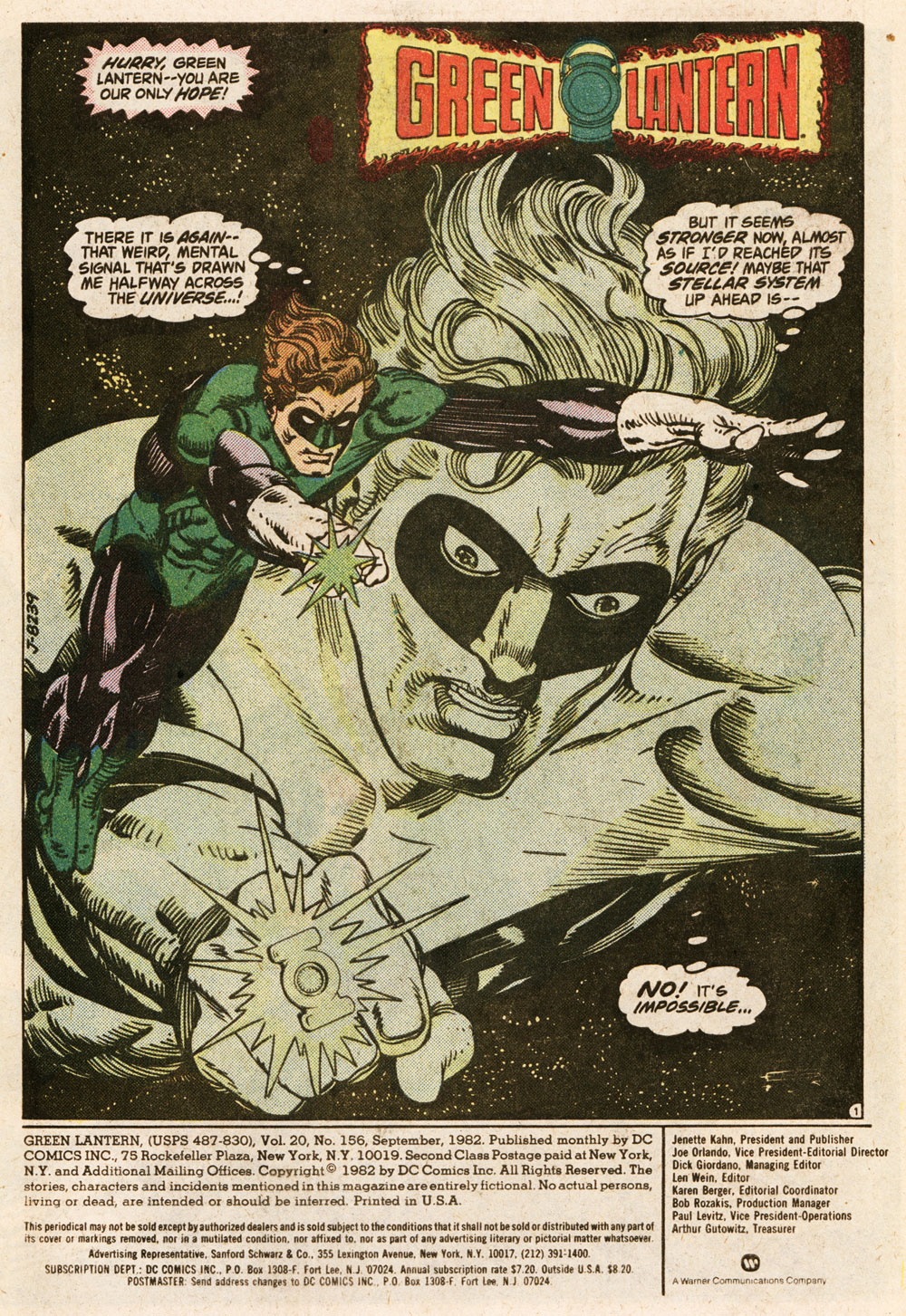 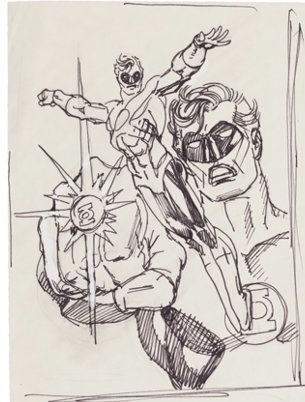 …but the final art shows the V2. 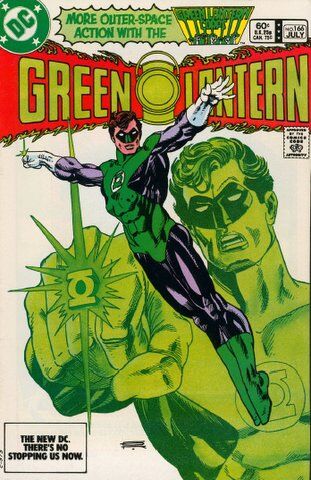 The original cover art for # 170 appears to have had Wite-Out applied over the rings of both Hal Jordan and the alien Green Lantern below him, and the V3 design crudely drawn over them. 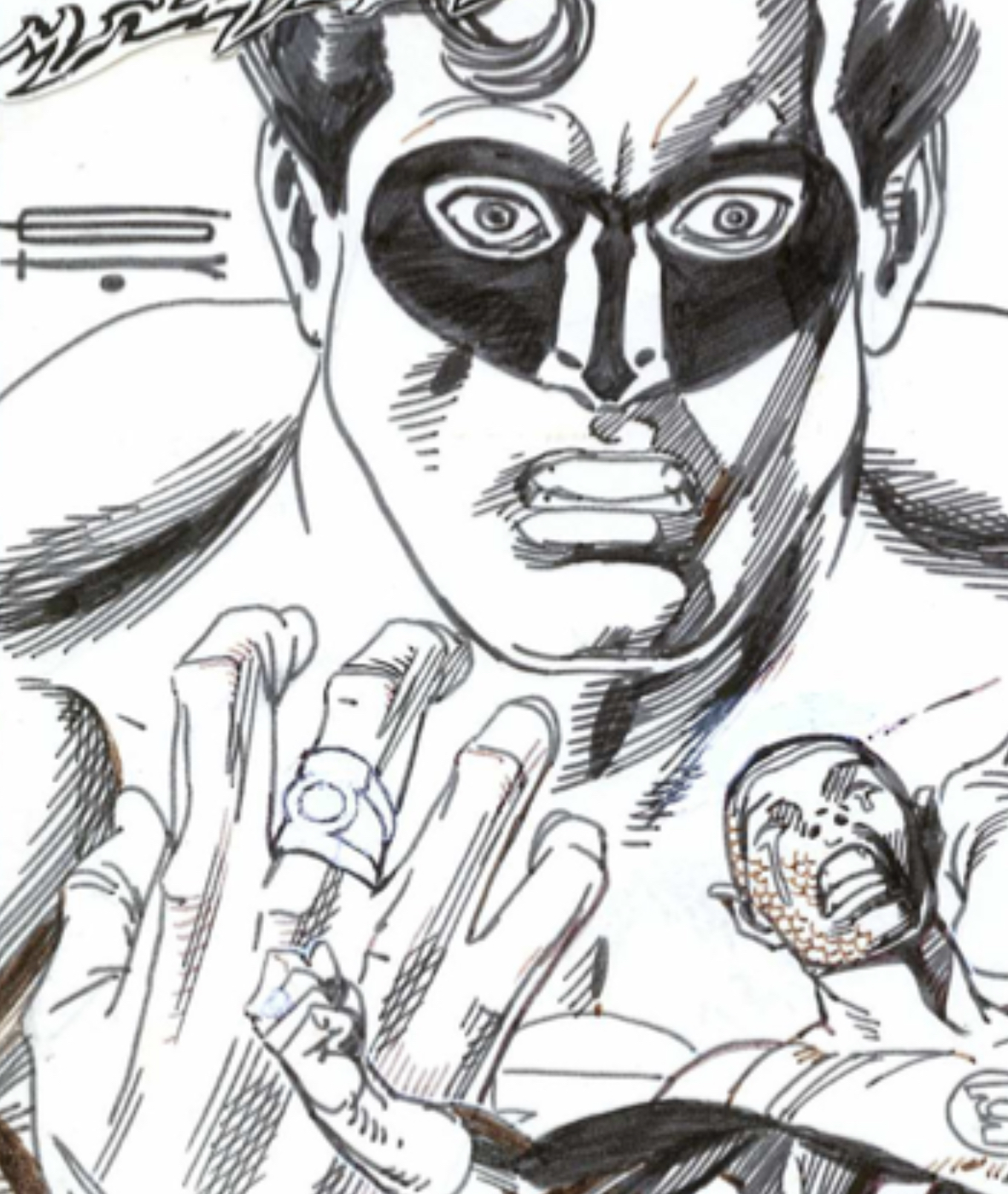 TALES OF THE GREEN LANTERN CORPS Annual # 1 features its title characters inconsistently wearing V1s or V2, depending on the panel, with evidence of redrawing. This panel clearly features what appears to be a Kane V1 signet ring quickly reworked into a V2, with the added sidebars and central hole. 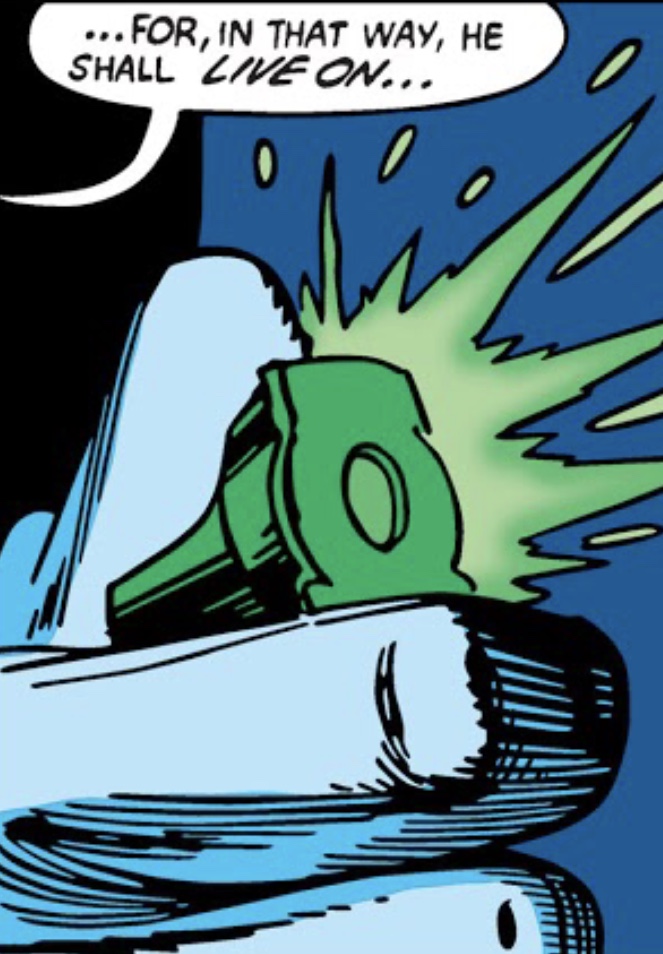 The original art for ACTION COMICS WEEKLY # 603 features what appears to be a paste-up, with another artist drawing the continuity-accurate V2 and cutting/pasting it over the V1. 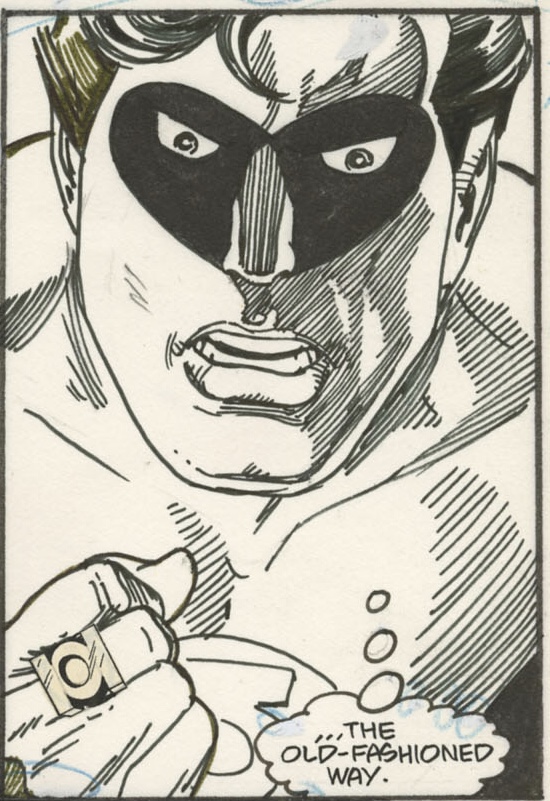 Regardless of continuity or editorial tweaks to his art, Kane nearly always drew the V1. Although, frustratingly, unless it was a close-up panel, he tended to draw it VERY abstractly. Literally as just a circle on a character’s finger: 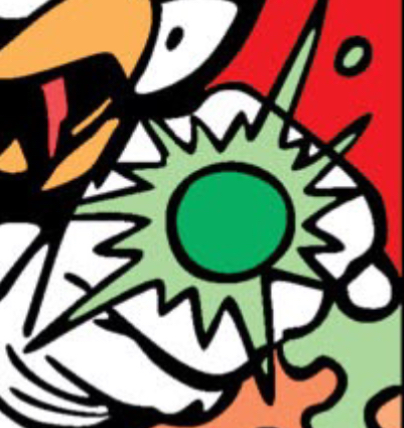 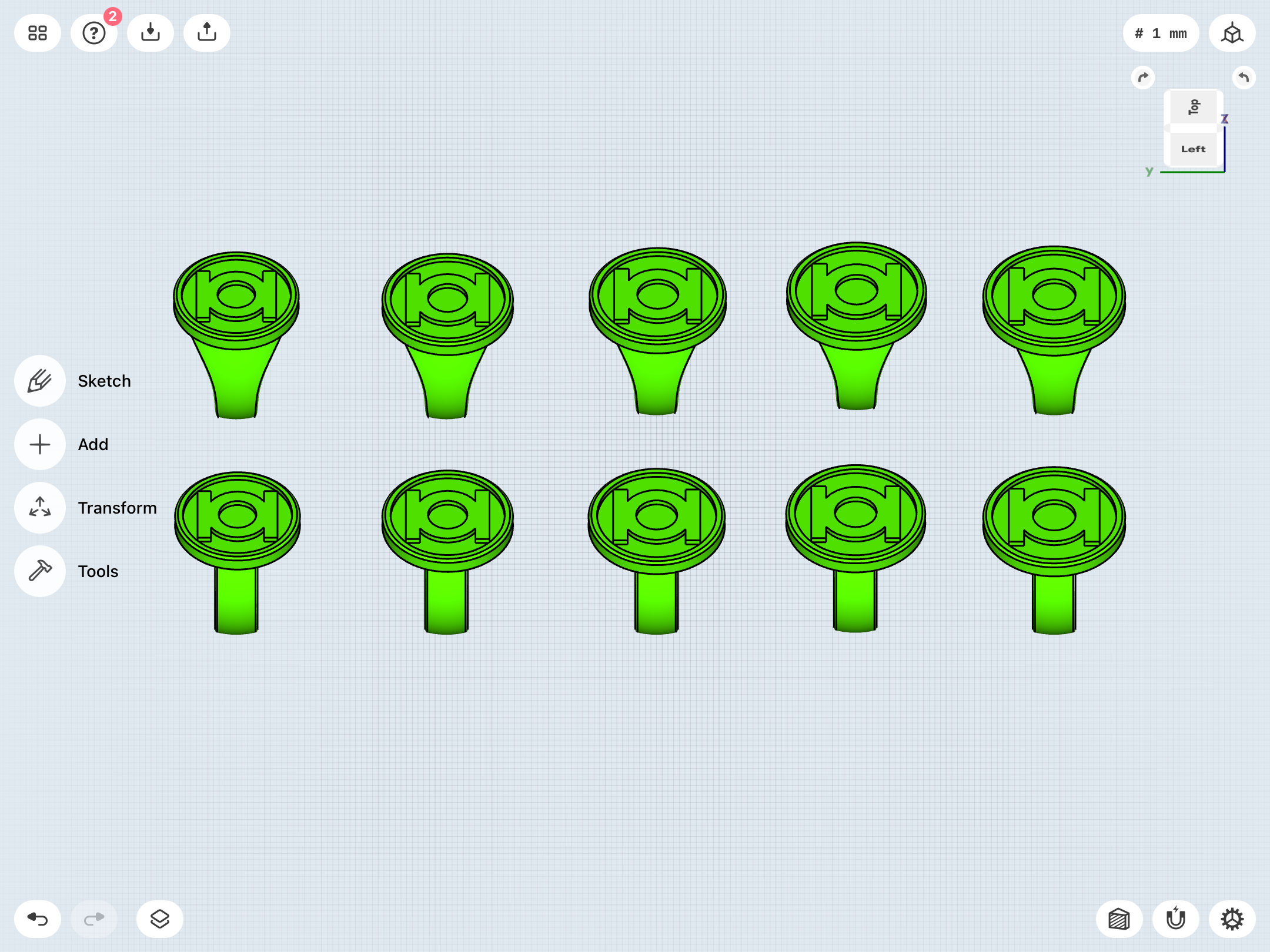 Man of Steel Clark Green Parka who makes it?