The center is a bear, which is our university mascot. I custom made some to gift to a few fluid mechanics faculty and grad students. Cheaper and faster turnaround than ordering ones from GB.
Last edited: Aug 26, 2021

Yeah, I'm not even sure G&B can do "full custom" wings like that. But maybe?

I just wanted the NASA wings, and knew G&B made them for NASA. It took an email (and phone call), but I got it sorted out.

So, today I received two more name tags, with the Velcro backs on them. The package also contained someone else's tag! I asked G&B if they want me to forward it on or not...

And today I got another update from A-B emblem, but I take issue with it, which I'll explain after:

"...something odd is at play here and we haven’t gotten to the bottom of this.

So, the information I have from G&B on the jackets, is that they ONLY apply the Velcro patch for the name tag, and the other patches are "attached locally". That came direct from G&B.

So, I am having trouble believing that G&B applies the Meatball for NASA, and that they source it themselves (from unknown source). It doesn't make sense. Either G&B applies the patches for NASA, or they don't. I did ask G&B this exact question, since I needed to thank them and also let them know about the "bonus" name tag I received. When I get an answer, I will post that here too. If G&B are in fact applying meatballs that they source themselves, I will find out how to get those for us as well. (But I seriously doubt this is actually the case, personally*)

*One reason I feel strongly about this, is that the American flag patch on the NASA flight suits (and jackets!) is not the same flag that G&B apply to flight suits that are ordered from them with the flag on them. Anything is possible here, but being a government organization, there should/would be clear guidelines regarding vendors and images to be used on uniforms. I mean, even a mid-size business is going to have a communications department watching the company logo use etc. to ensure Uniforms are in fact, Uniform.

And, as expected, here is the word from G&B regarding the patch application:

“As for the NASA patches, NASA’s Life support team applies their own patches to both to the flight suits and jackets. I have hear that the NASA patches are available in their gift shop, but I have never confirmed it. The felt patches we have available on our website were historical patches that were added on to Military Pilot’s leather jackets when they joined NASA.”

I just noticed something:

Look at Doug Hurley's flight suit here. It looks like he has a "fat font" meatball. He's retired now, and I imagine he got this suit many years before the others did... 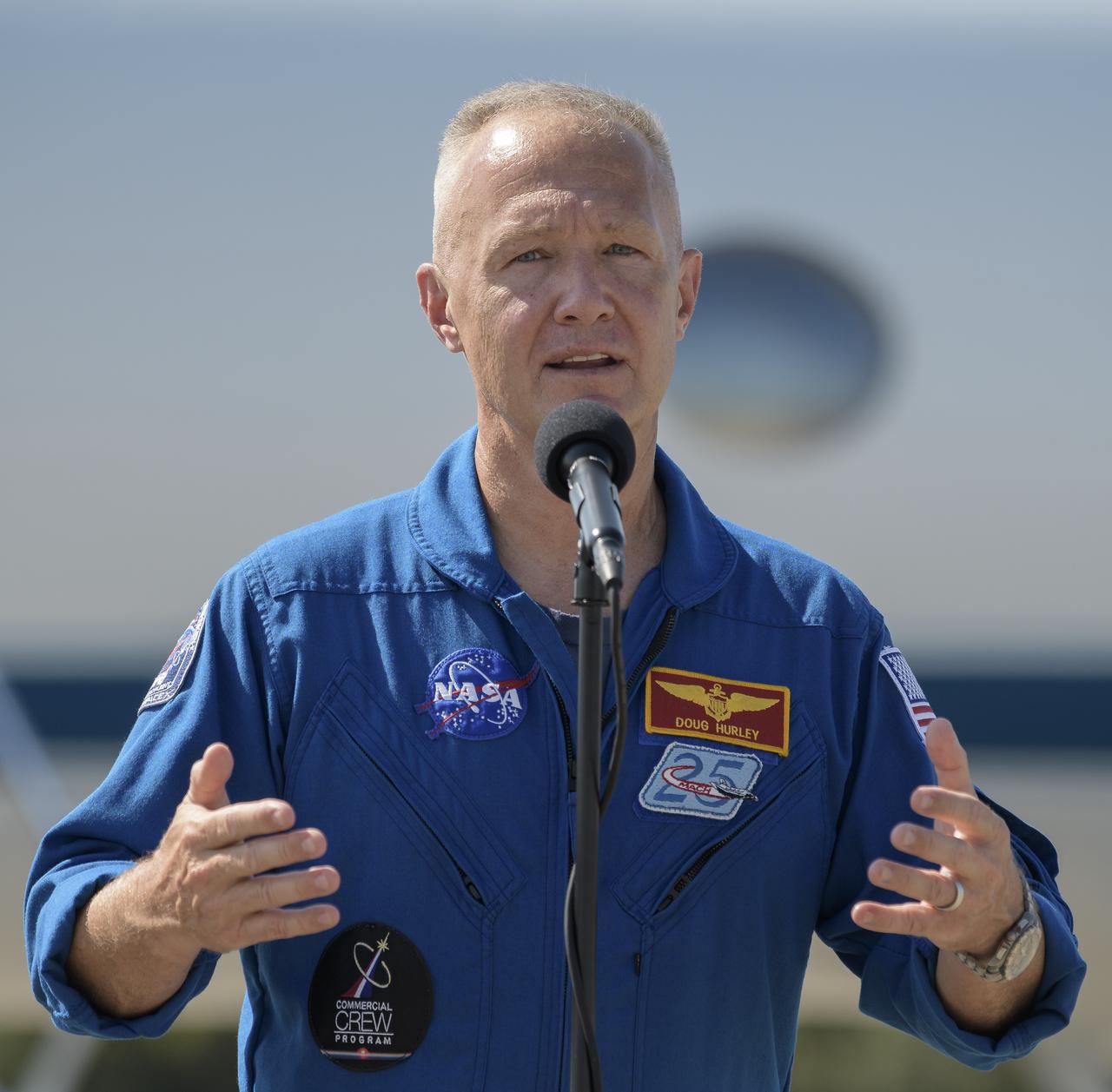 These guys deal in Apollo era and earlier, but a potential source for meatball patches... Specializing in vintage-era space replicas that go great with any collection.

Thank you for the link!

None of their meatballs match the current flight suits. And we know who made them, but they don't have matching ones at the moment.

One of them is close- the font is closer (with the slightly smaller "S") than the China A-B ones, but the starfield is quite different.

"I am having our factory here do me a sample run and we shall see if these match."

So, after a bit of a wait, I got a notification out of the blue today:

No comments on their appearance.

I also ordered the Commercial Crew "sunrise" Patch and the right shoulder "flight operations" patch. I wanted to get them all together, but whatever. So those will arrive a day after the "vectors". I'll post photos once I have them in hand. Assuming they look good, I can have my flight suit done in time for Halloween this year. Assuming the seamstress is not overwhelmed.

I think we have the right stuff! 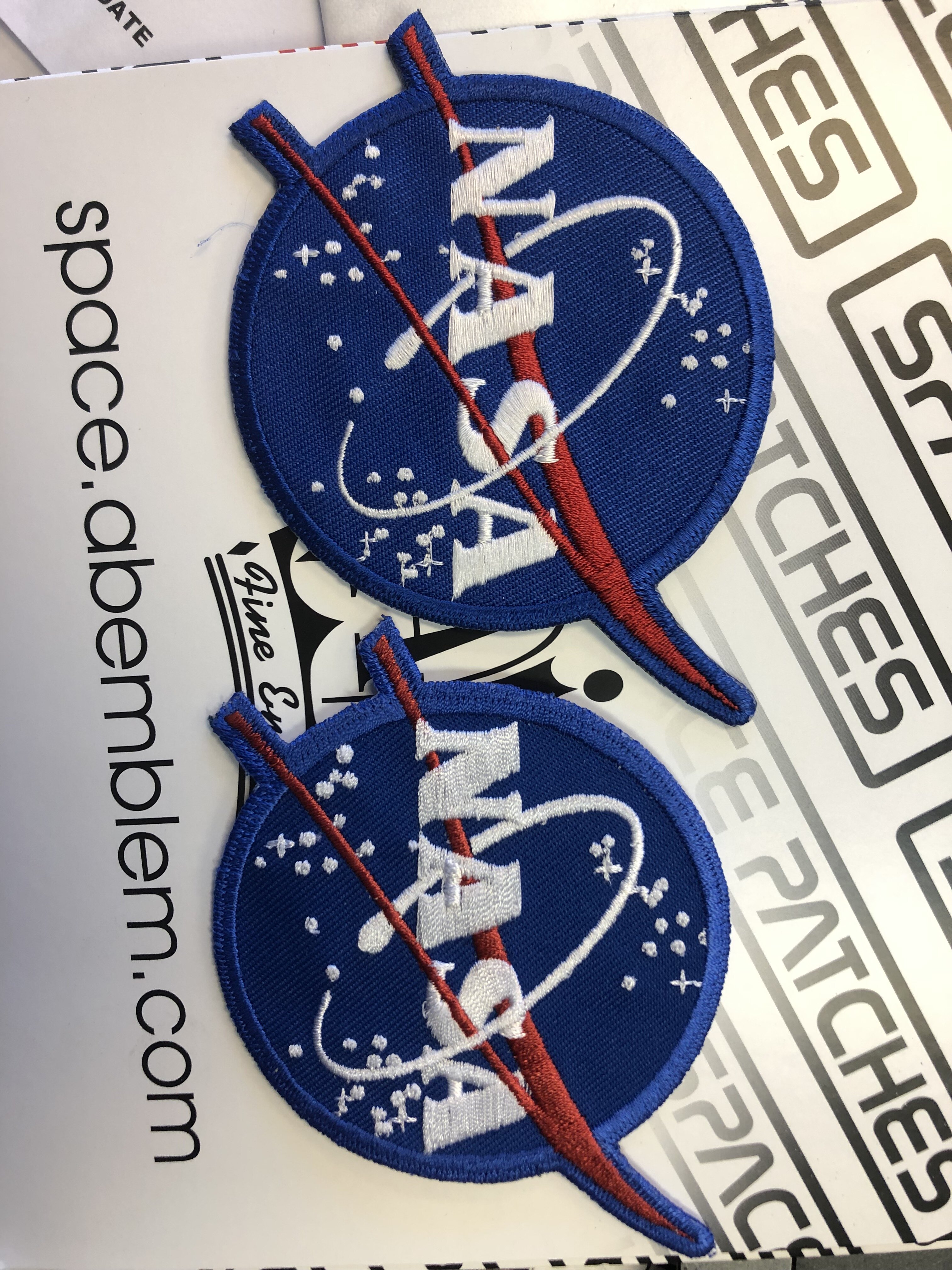 The left/top one is the new one and the right/bottom one is the first one they sent.

And our friend Bob again, for reference: 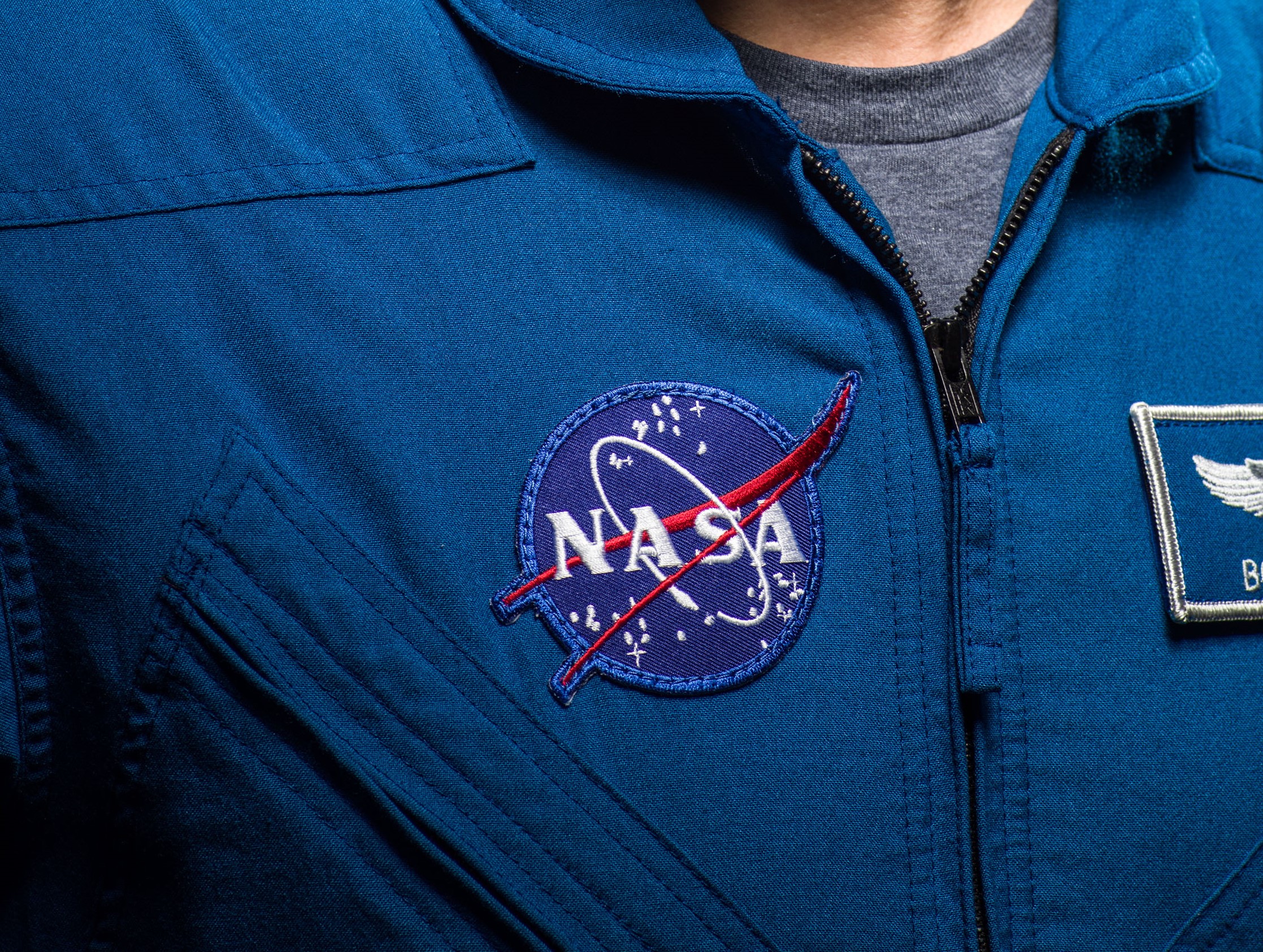 It still looks different, but the smaller "S" and the way the bottom of the "N" is shaped are a closer match. The thread is also finer on the new patch, which fives a more uniform appearance to the letters. Overall, it looks MUCH better. Still not an exact match, but much closer.

And, apparently I have been in contact with the CEO of Conrad Industries on this issue all this time... He put his card in the package with the patches. I will send him the pictures, and see what he says.

So, no reply yet from A-B, but the other patches came in (yesterday), and I brought the suit and patches to the seamstress, along with a pile of photo references. 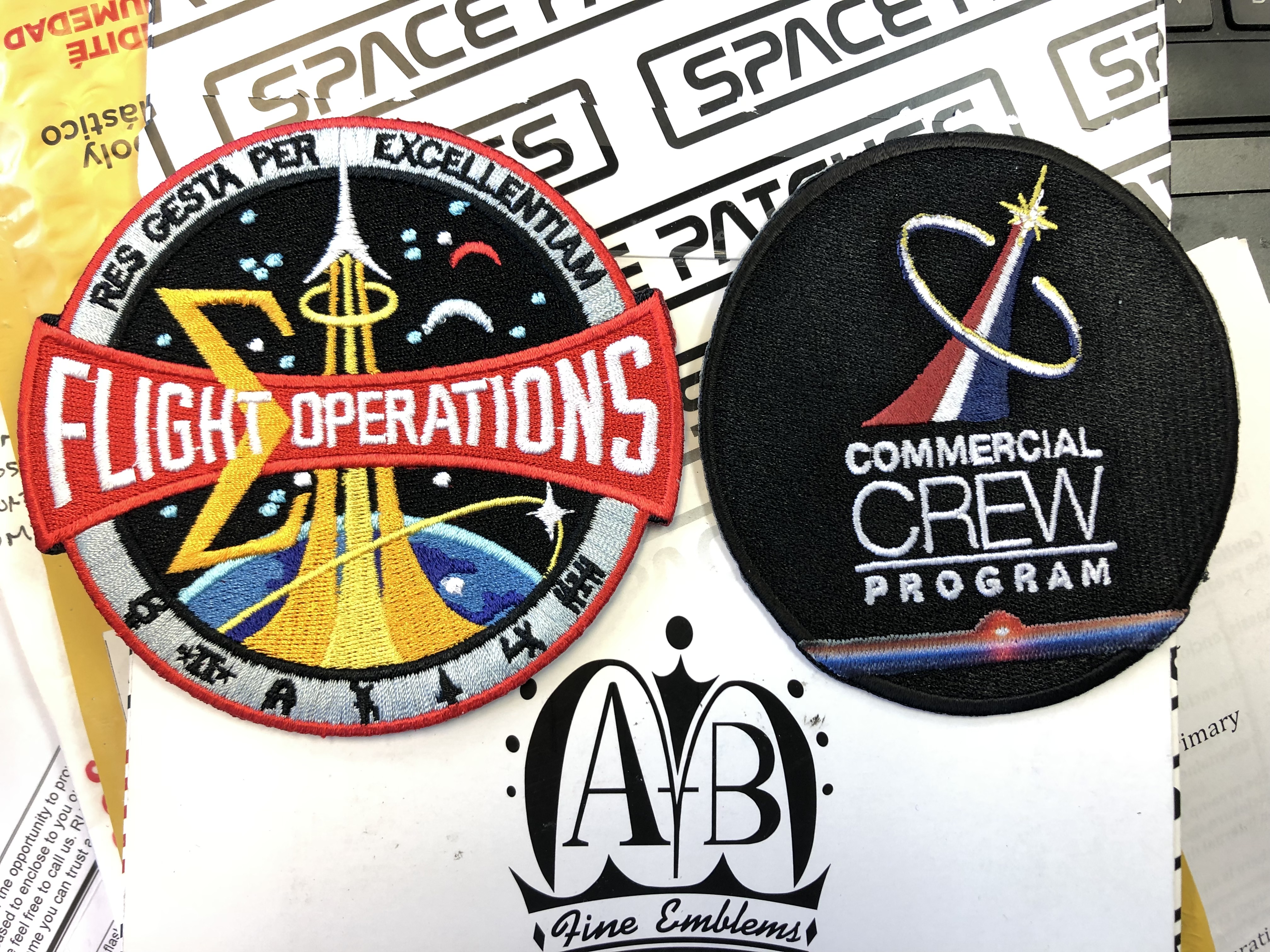 I also grabbed this detail for the sleeve pocket: 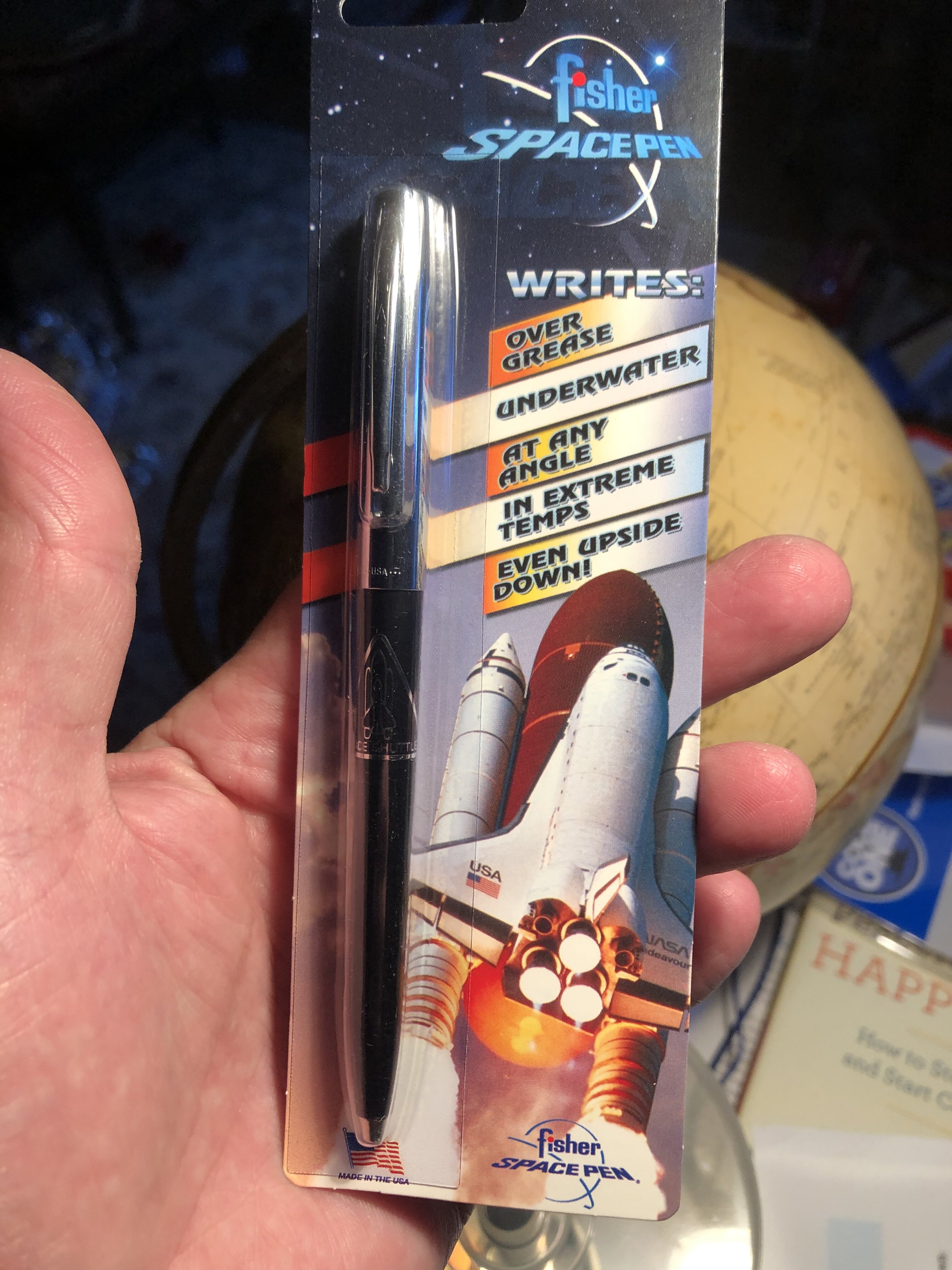 I use these refills all the time in my Parker pens, but this is only the second complete pen I've bought. In the past, I've had the "bullet" pens, which are great to carry in a pants pocket, but I end up losing them (or people "borrow" them) and that gets expensive after a while... We'll see how I like this one. I would like the earlier side-button one but those are around $50 these days.

GB gave me a tracking number. Thus overall, there's a three week turnaround time for the name tags. I should expect it within this week, then I will make a comparison. I am also heading down to KSC in a few weeks, so maybe we can get some opportunities for some cool photos.
C

ID10T said:
So, no reply yet from A-B, but the other patches came in (yesterday), and I brought the suit and patches to the seamstress, along with a pile of photo references.

I also grabbed this detail for the sleeve pocket:

I use these refills all the time in my Parker pens, but this is only the second complete pen I've bought. In the past, I've had the "bullet" pens, which are great to carry in a pants pocket, but I end up losing them (or people "borrow" them) and that gets expensive after a while... We'll see how I like this one. I would like the earlier side-button one but those are around $50 these days.
Click to expand...

Reminds me of the cost to create this remarkable writing instrument. The USSR used pencils.

We use pencils too. Mr. Fisher saw a need, and developed a solution.

And I had a refill fail once; he sent me two to replace it. Can’t beat that!

Well, I have received the GB nametags and... It was the wrong design! I am not sure if I didn't communicate it well on my end or something else. Not sure what to proceed from here. Maybe I should give them a call tmr? I don't think it will make it in time for my Florida trip either way. 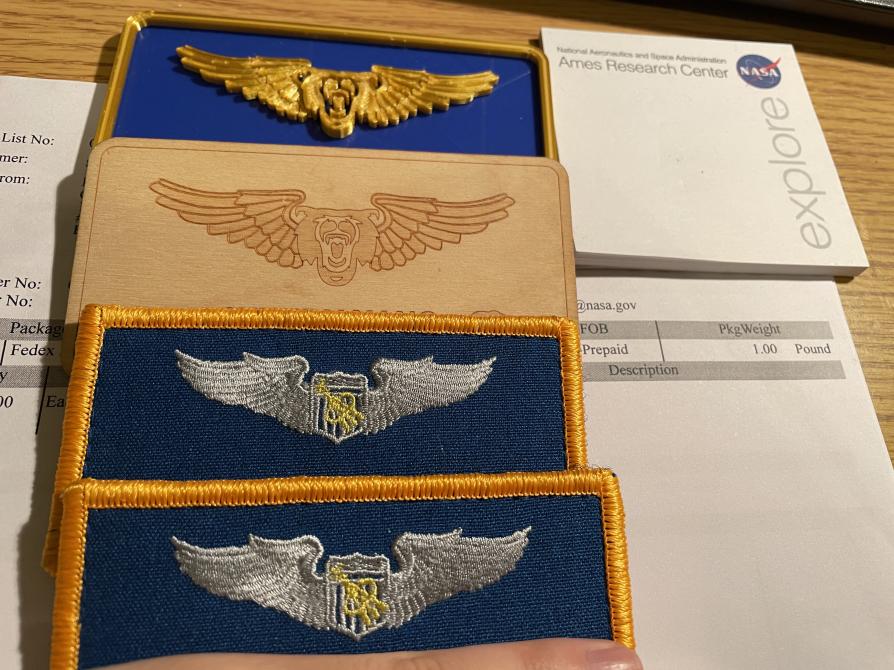 Yes, I would call.

Ask to speak with Amanda Stroud. She was very helpful for me and also who I spoke with when I ordered my tags, since they are not shown on their site.

I did call; they told me to send an email with photos of the wing design, and we got it sorted out. They did say they call it something else, but I was not told what they're precisely called. I'll leave the AF wings in my office and maybe some undergrads will ask about the funny story behind it. They are quite sturdy though.

Associate administrator Bob Cabana was on a call today, and in the middle of the call he put on his flight jacket. Now that is a flex on all the students.

I want to order the blue flight jacket for myself but I need to move a few things before I can do that.

I put it on regardless, just to see what it looks like 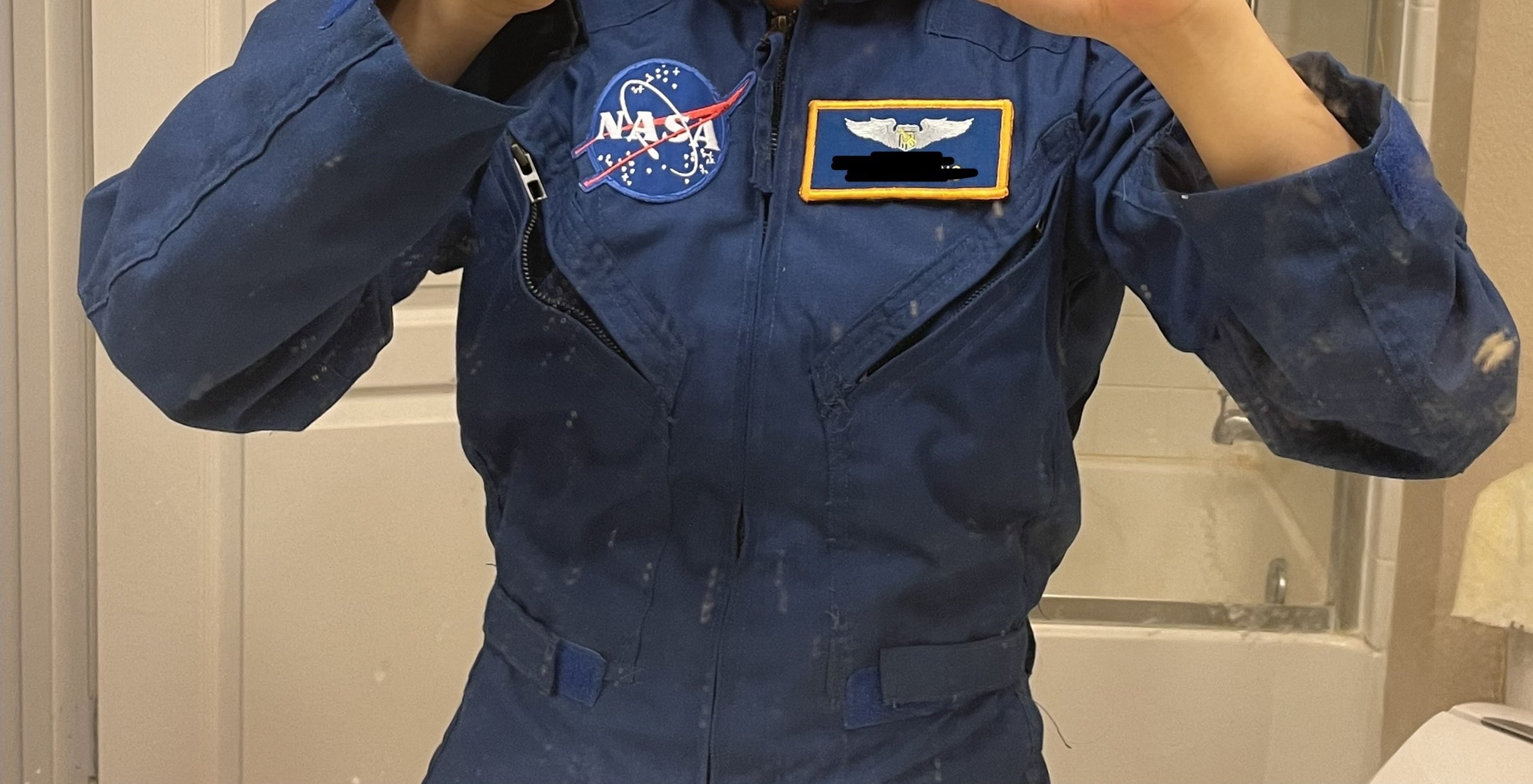 And I forgot: here's bob! 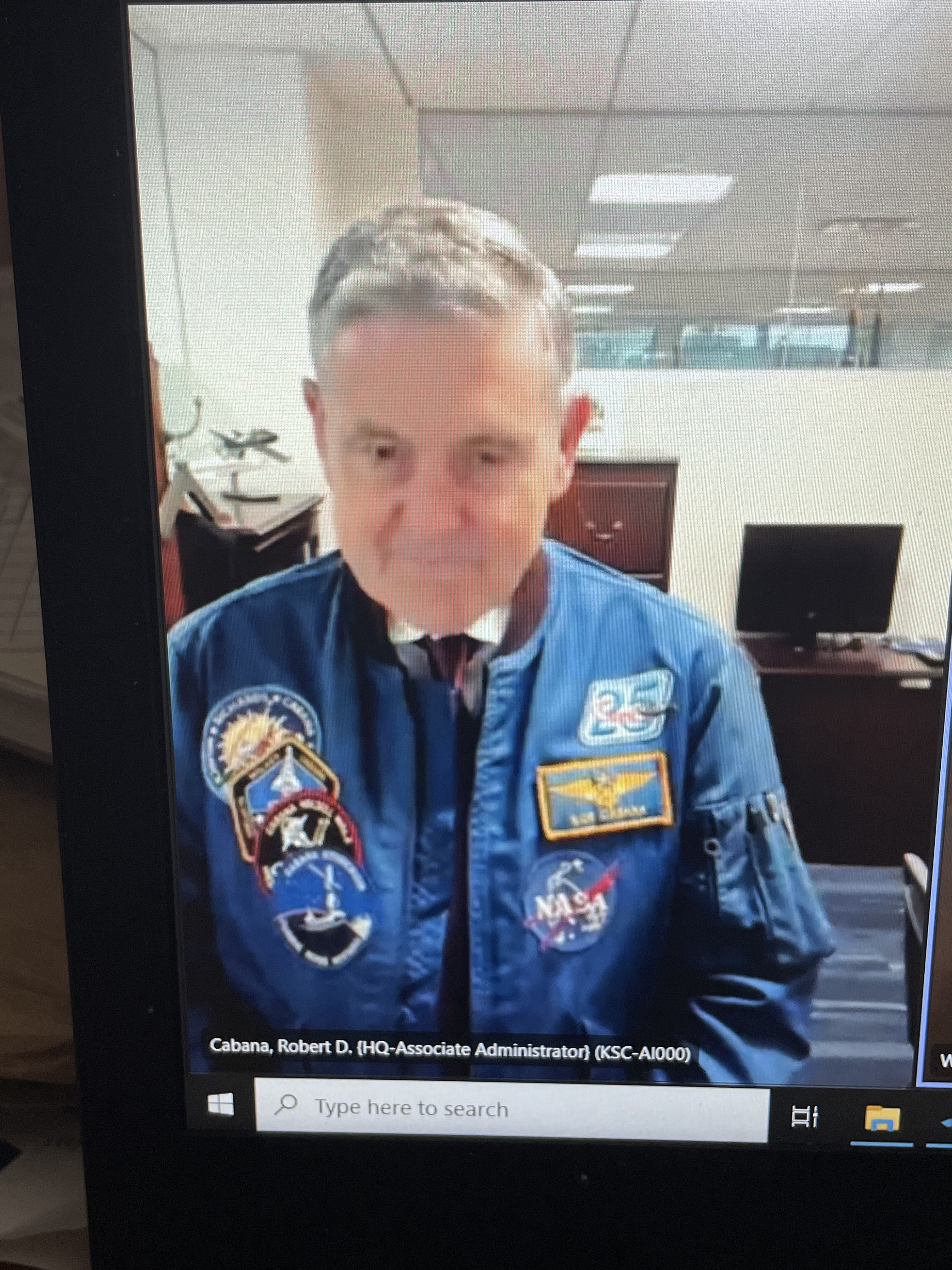 Good morning, it is done.

Anyone who wants the “real” meatballs, as delivered to NASA when they order them, now you can get them!

I ordered two more for myself already! And an 8” back patch (I may make up a lab coat for work, similar to what I had at a previous employer.
Last edited: Friday at 2:07 PM

Yesterday at 8:41 AM
Muddler

Yesterday at 7:46 AM
dogface