ID10T said:
So much for inexpensive costume...
Click to expand...

what you saved on buying a G&B suit, you could put towards an accessory. very nice.

And I wanted the watch anyway (for a few years now) and this is sort of an excuse. Not to mention I got one with the boxes and papers for about half the current rate (or I’d still be waiting).

And apparently A-B Emblem has delivered my patches, but I got the notification after I had left work. I guess I’ll collect them tomorrow.

My patches arrived from A-B emblem, and Houston, we have a problem.

Let me preface by saying that I don’t have a bias against where something is made. If you do a job well, it could be in a basement in a country I can’t find on a map. But do something poorly…

The flags I received are perfect. Not much else to say. No origin marked so I believe those are USA made.

The meatballs looked “off” to me right away. Maybe just not having one in hand (off a uniform) for over 20 years is the reason, so I pulled up some of the photos I posted earlier. And discovered that they are different. (Also had a made in China label on the back, but the front looked off before I saw the back!)

I sent an email to A-B and got a quick response about global sourcing and that NASA purchases the USA made patches and they use the same artwork and programs etc. for their globally sourced (Mexico and China) patches. But they clearly don’t. I easily see differences in the font and the construction of the pointed stars. Not the same.

I was asked to send reference photos, so I pulled up Bob’s photo from Wikipedia and sent the full frame as well as a close cropped shot of the meatball.

Once I get this sorted out, I will post the ordering information to get the NASA issue patches, regardless of country of manufacturing. Again I don’t care where they are made, as long as they are made correctly. Don’t feed me a line about them using the same art when they don’t. If they did, and it matched the reference I wouldn’t be sending you a note…

Good to know about potential issues here. Can we see photos showing the differences? 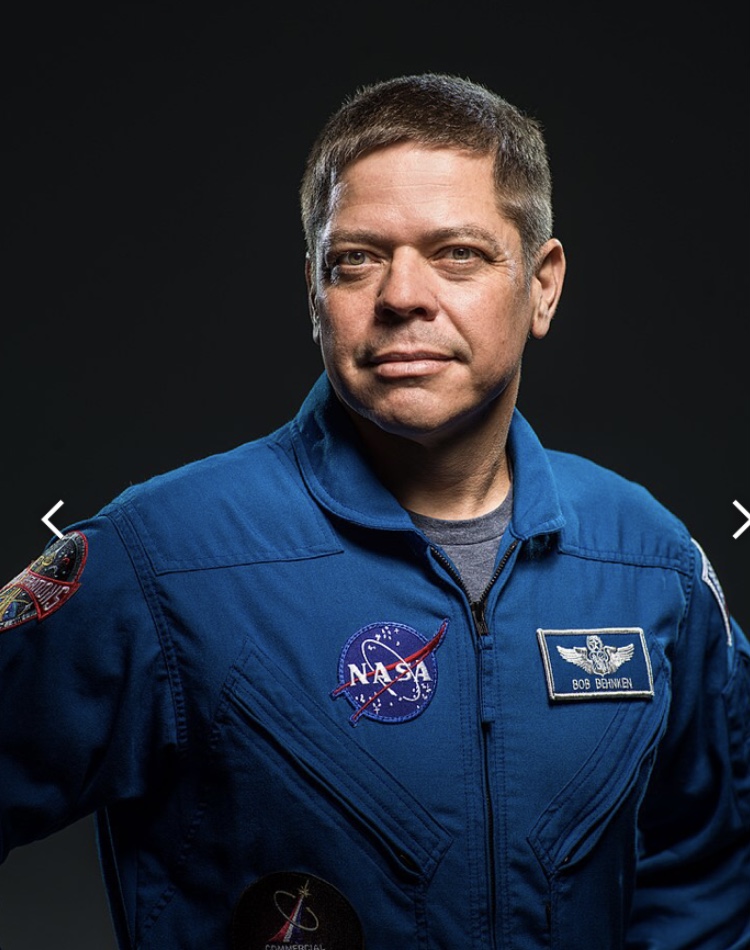 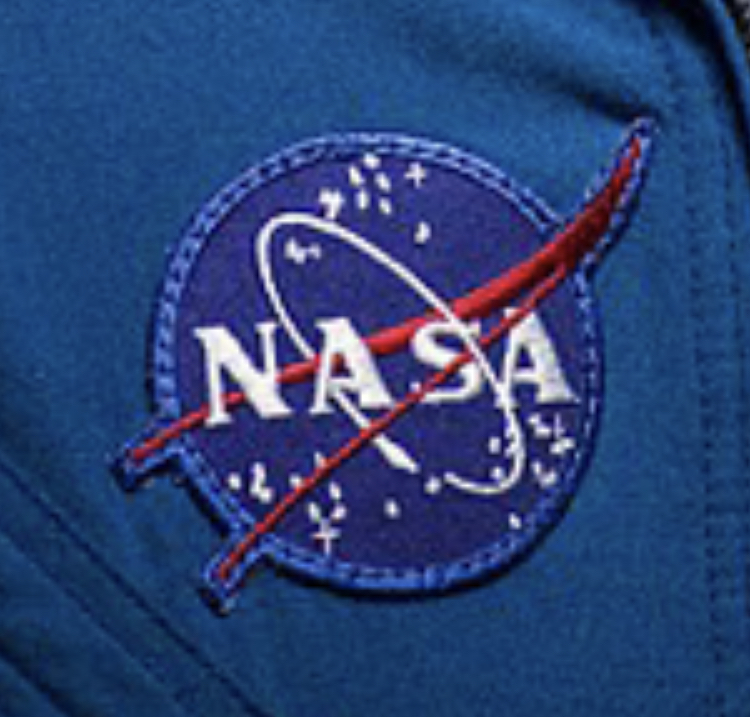 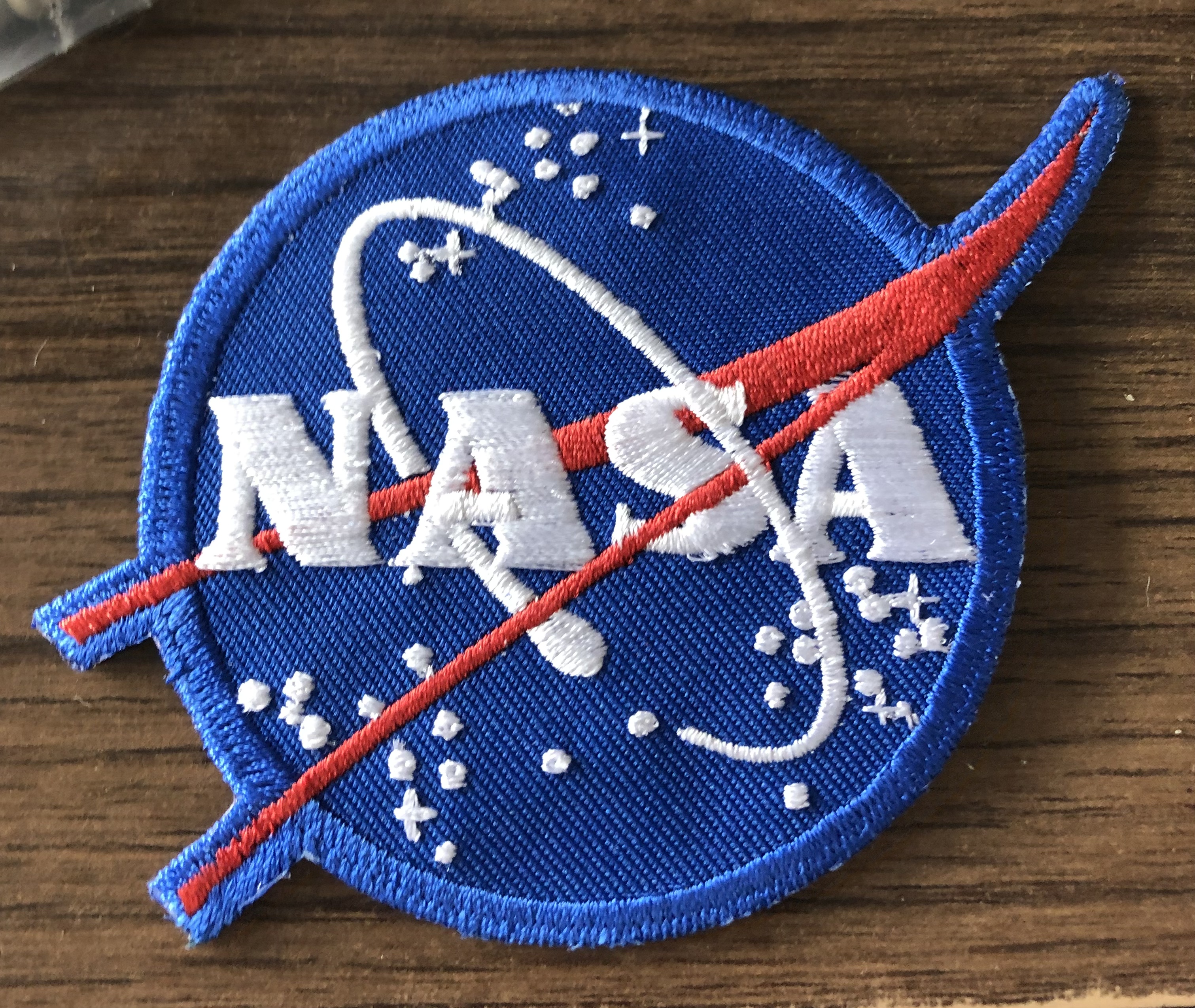 the openings of the “A”s; the “S” and the stars in general; pointed ones in particular are all issues. I don’t see how this was made using the same art…
K

interesting, i just pulled the patches i got from AB emblem (and another site for the commercial crew patch, i know its not round, but it was a few years ago). looks slightly different from yours. 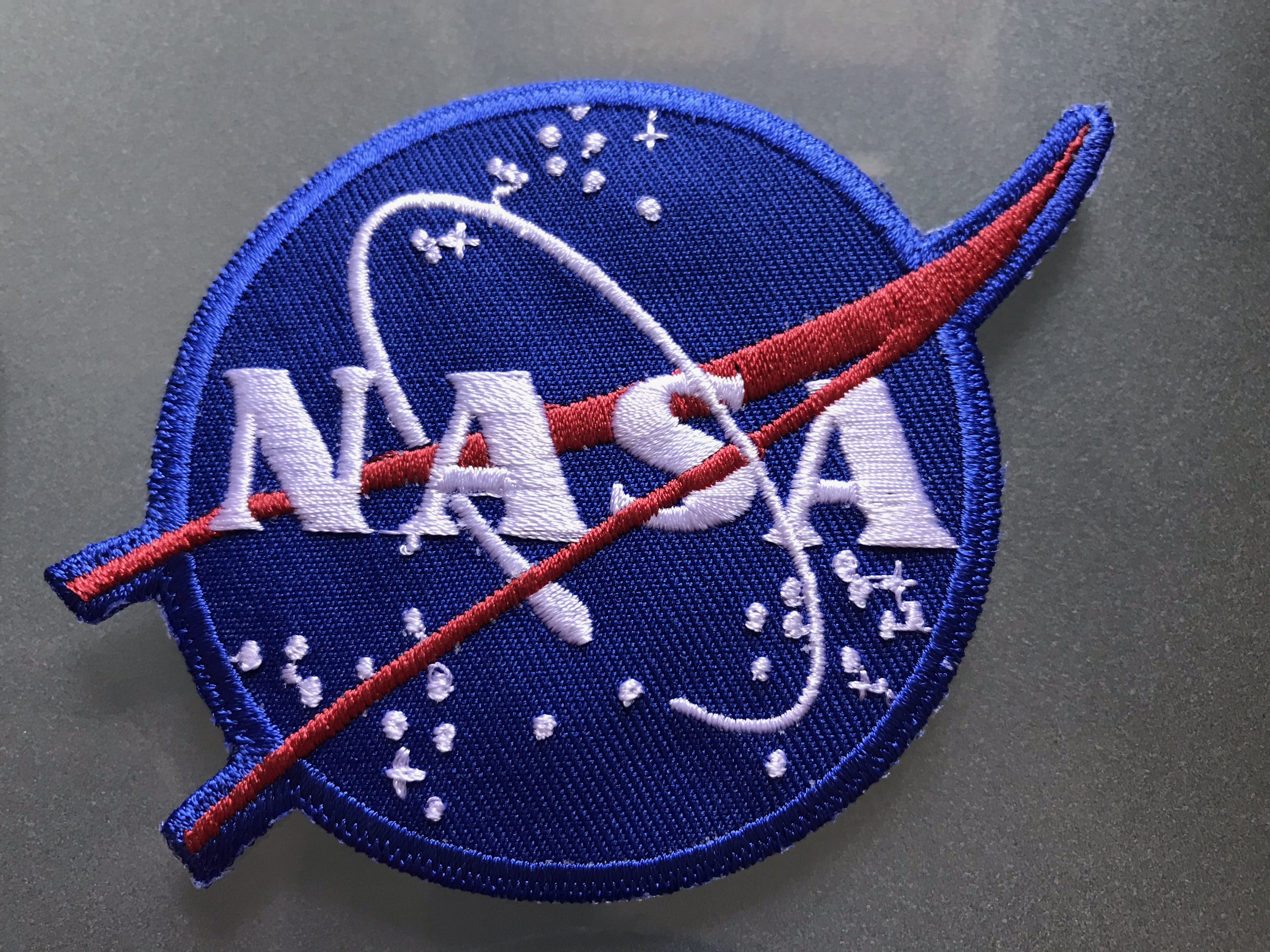 I think the patch you received (with the “fatter” letters) is a copy of a much earlier model, probably would be correct for a late-Apollo or Sky Lab flight suit. But you’re right, waaaay wrong for a modern NASA flight suit.

It gets more interesting...

A-B told me they needed to look into it. I asked if they have any USA meatballs on the shelf, and that I'd pay an up-charge if needed to get the correct ones.

"We do not have any USA Made meatball on the shelf and they are the same part #.

We are still waiting to hear back from NASA, something is amiss.

Thanks for your patience,"

So, yeah. Something is definitely amiss. But I don't know what NASA has to do with it. This seems to me to be an internal A-B emblem problem.

When NASA places an order, the patches are made in USA to fill the order. I guess they don't make extras... Anyway, I'm hopeful I end up with USA patches, made correctly, once the dust settles.

I suspect their China source changed something and no one at A-B noticed until I brought it up.

Krieger said:
interesting, i just pulled the patches i got from AB emblem (and another site for the commercial crew patch, i know its not round, but it was a few years ago). looks slightly different from yours.

This patch is different as well...

Was this supossed to be the current issue meatball? (I presume so, based on your commercial crew patch, but wanted to check).

I can forward this to them as well if it is supossed to be the modern one.

Never mind. I see yours has a different part number (mine are 12564). And I can't find your part number in the current offerings...

I'm going to get a clear photo of the one on my other jacket, which pre-dates them using outside sources for production. But it was also Space Shuttle era, and may be different again...
K

FWIW the SKU from my summer 2019 order was

so basically we ordered the same SKU, two years difference, and patches that should not be waaaay off as Bond323 noted.

edit - I can’t speak for the number on the back of the patches I ordered and received back in June 2019; if the photos help underscore the difference for yours (and maybe the number is something traceable to the outsourced supplier?) feel free to send them. The commercial crew patch was from Spaceboosters out in the UK before AB Emblem started supplying the round ones so you can crop that out as you see fit, still a nice commercial crew patch and fairly close in color and detail, but I digress.
Last edited: Aug 12, 2021

And here’s the one from my old purchase from A-B (early 90’s scratch that- it was purchased late 80’s, like 88/89) Apollo jacket. This was the shuttle time frame and the “worm” was the official logo at that time. And A-B had not gone off shore yet. 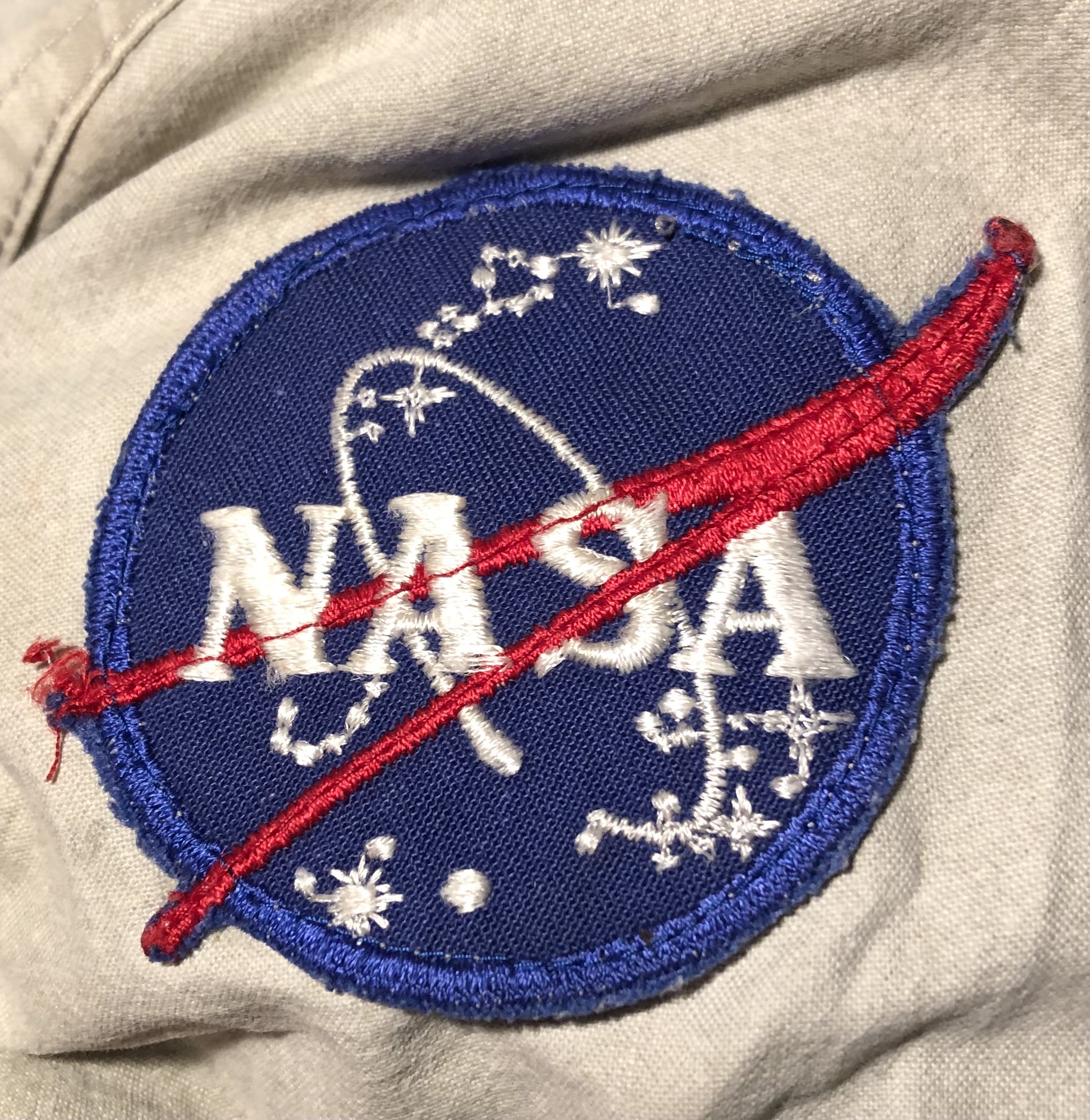 Bear in mind this is its second jacket and it has been washed several times, so not as crisp as a fresh one.

This whole thing is a bit troubling.

I'm not sure if this is of interest, but here is a NASA publication about the agencies logo history.

Wow, that is very noticeably different. I wonder, are all the patches in NASA photos consistent with one another? Maybe even NASA gets different versions depending on when they bought them.

You should be able to zoom in pretty close on the original photos I posted of the astronauts. I’m pretty sure they all match one another. Otherwise on the official nasa site they have huge photos you can count stitches on. (I will say the attachment method did vary slightly).

In my conversations with A-B, they produce their orders for NASA in the states. I guess they don’t make many, if any, extras.

As far as A-B knows, their off shore production is using the same art for the same part number. (I think they should have different numbers but that’s just me- maybe a suffix

I don’t understand why A-B needs to contact NASA, but that’s what I was told. Unless the China design I received DOES match what they last delivered to NASA (or they simply don’t know), and they want to head that off before NASA discovers they are wrong?

And I appreciate the history link. I’ll be checking it out.

And I also think everyone here is with me that they’d pay an extra couple bucks to have the same emblem, off the same machine, as is seen on the astronauts’ flight suits. Some don’t care, but I do, and I suspect I’m not alone.


“Got to the bottom of this our USA Made Vector patch may look a little different than our China version, due to manufacturing variations.

Unfortunately, we don’t stock the USA Made version and only run them occasionally for NASA, they don’t use many.

I will put a reminder in our system to make some extra’s next time we run these for NASA and set them aside a few for you. I just can’t tell you when that will be.”

Naturally, I asked for a dedicated run. I’m hoping to get a min quantity and unit price. This will be the only way to get the same meatballs that NASA actually order now.

Please let me know if you’re interested (and how many roughly) so I can see if this’ll work out.
K

interested in 5, thank you for the persistence and follow up on the behalf of anyone reading this thread.

I will let them know the number has increased by five.

I have not heard back from them again today.

No word from them today, but this arrived: 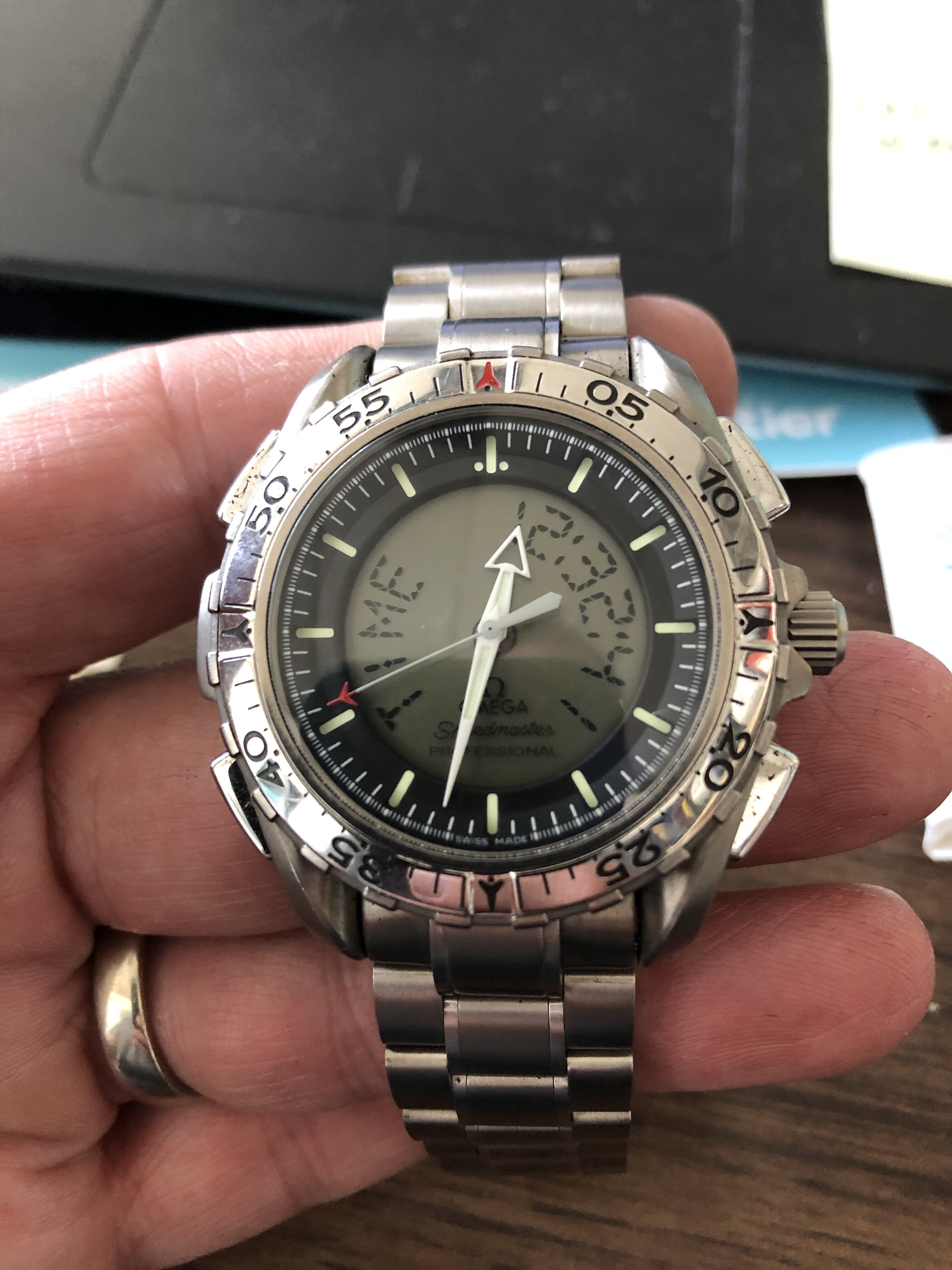 This is a pretty fun piece. Glad (and fortunate) I was able to grab it.

I received an update from A-B emblem today:

"...we are still waiting to for a definitive answer from NASA - they don’t move fast.

Once we understand what has happened here, we will decide if we want to offer two versions and I agree there will be some folks willing to pay more for the “real” deal. There actually should be no visible difference between the two.

As far as making you a small run, that would get really expensive and not the route we should take. A sample order of 3 is $175 so basically $25 each [actually $60 each- math error!] and the way our embroidery machines layout the minimum for this would be at least a couple of hundred."

If I was buying one, I'd probably pony up the $60. Or close to it anyway. $25 certainly would be fine for one piece. But I don't have six grand kicking around to buy 100 meatballs, assuming the worst-case scenario.

I have not committed to anything with them but I did ask what the minimum quantity and unit price would end up being. There SHOUDN'T be any set up charge to speak of (well, maybe to change spools, but art etc. are certainly done) and if they did a normal minimum size run, I would think the unit price would be less than $60 each...

So, as I see it, there are three possible scenarios coming out of this:
A-B will offer a USA version you can buy from them,
I will have a limited quantity run done to offer here, or
I will get my few pieces piggy-backed on the next NASA order and nothing will change in the A-B emblem world.

Time will tell... but I'm hoping they will take this as a wake-up call and not only sort out their off-shore supplier base, but also realize the value to their customers by offering the patches we go to them for, rather than picking them up from [random seller] on eBay.