RPF PREMIUM MEMBER
After completing my CHAPPiE head build I always wanted to build Ninja's M4. To do it right I knew it was not going to be cheap. The airsoft M4 is en route, so wanted to focus on sourcing all the attachments and paint colour.

Shipping has slowed down due to horrific global events, but want to focus on something between shifts at work during this time.

Having watched CHAPPiE numerous times and props people have kindly photographed, I am able to do the best I can and come up with an accurate build. During the film there appeared to be a 'Hero' used carbine, and a 'Stunt'. Through most of the film it appears that the 'Hero' was used, and can really only see the resin 'Stunt' making an appearance when Ninja threw it to the ground with his first screen encounter with Hippo. The noticeable differences are the solid block between the front sight and the suppressor, no ejection port, no rear sling buckle, and the bottom of the trigger joins the trigger guard. The main difference is that the torch holder is reversed on each carbine.

Due to the film now being five years old, sourcing accurate parts has not been the easiest, but that said it isn't a Sci Fi movie from the 70's, so a bit of effort is required.

I believe that the M4 used on the film poster is the Hero, so after a bit of scrutinising, I was able to obtain accurate measurements and locate the required parts. The shopping list is:

I will go into detail for each part as they arrive. Hero/Stunt/Hero with markings seen on screen

RPF PREMIUM MEMBER
Decided to spray the ELCAN scope which arrived today and the PEQ laser/light module. Unfortunately I couldn't source them in black, so sprayed them black, which will allow me to weather them when given a top coat of yellow. The scope is well made and looks perfect: 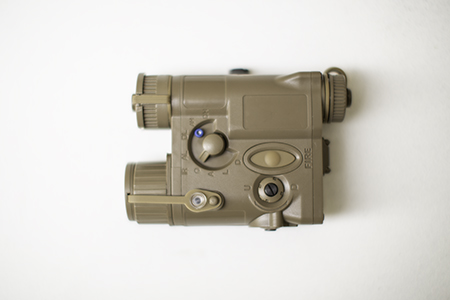 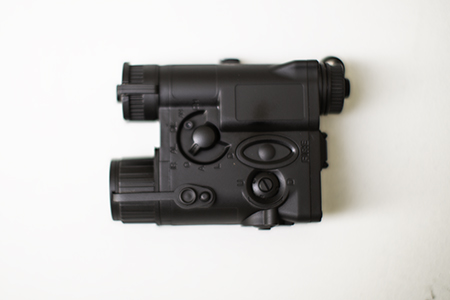 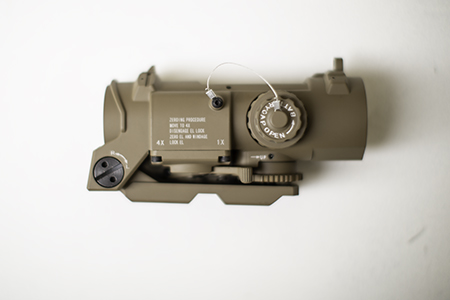 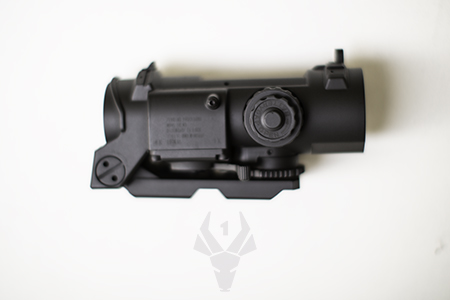 RPF PREMIUM MEMBER
I managed to source a suppressor with accurate dimensions, however needed to modify the end cap. My friend has a lathe, so was able to make a cap from aluminium to attach to the end of the Gemteck G5 suppressor. Looking at the screen used M4, the centre hole is not much bigger than the 5.56mm round: 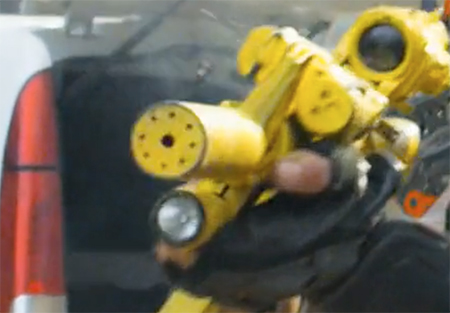 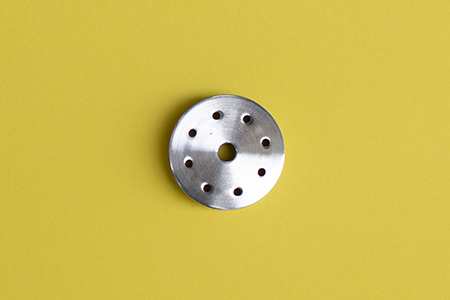 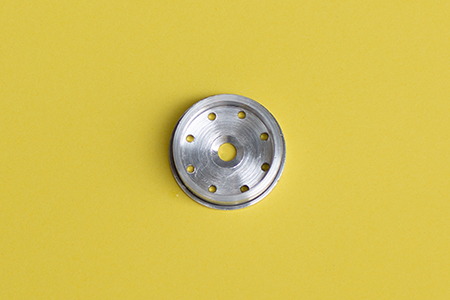 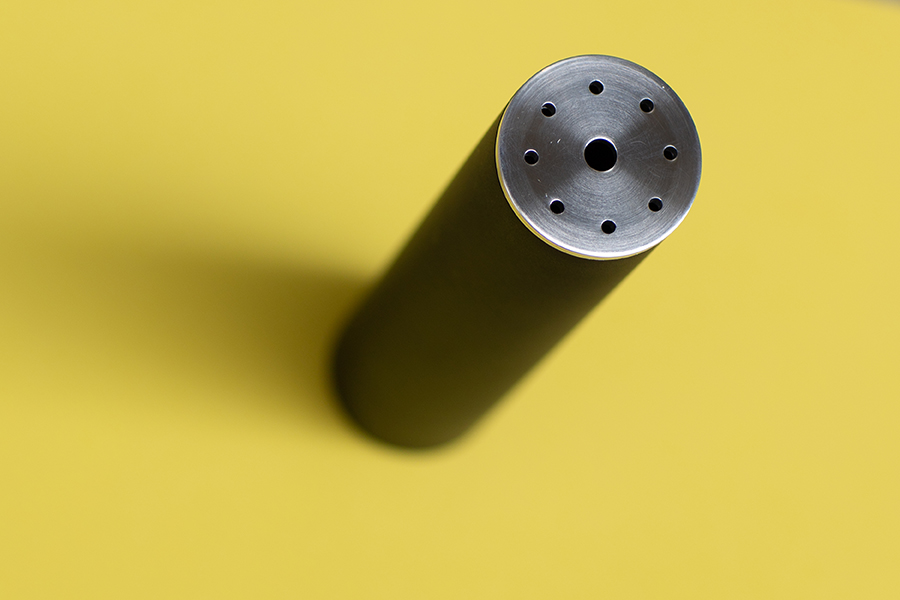 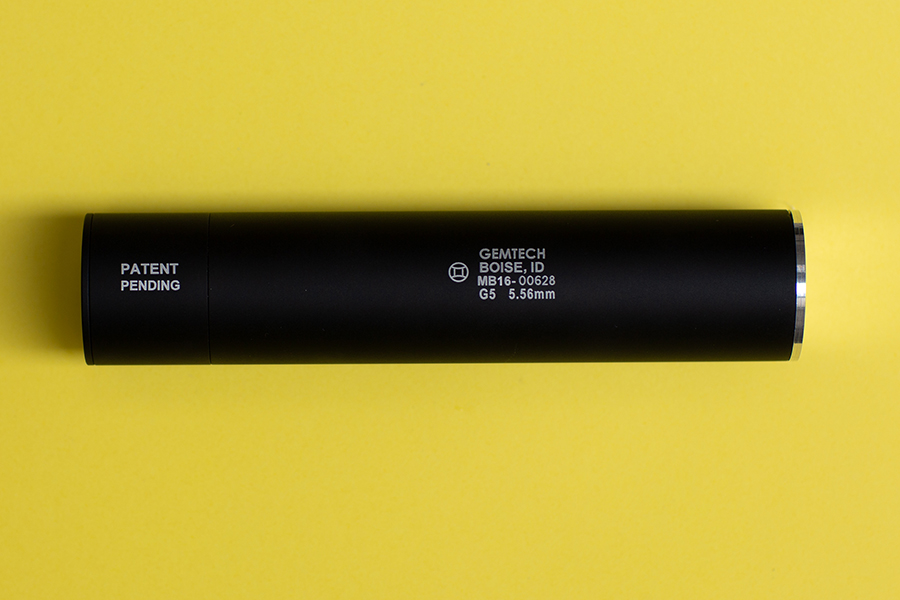 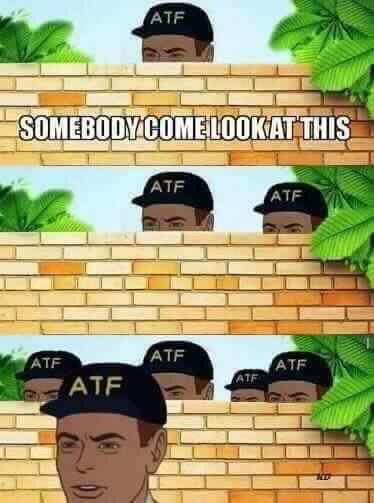 Looks good! A little too good...

RPF PREMIUM MEMBER
Paint finally arrived....ordered three shades of yellow from Montana Black, and after testing it indoors and outdoors, settled on the 'Kicking Yellow'. Love this paint, which is so easy to work with and the matt finish is perfect! The pink was also a good match... 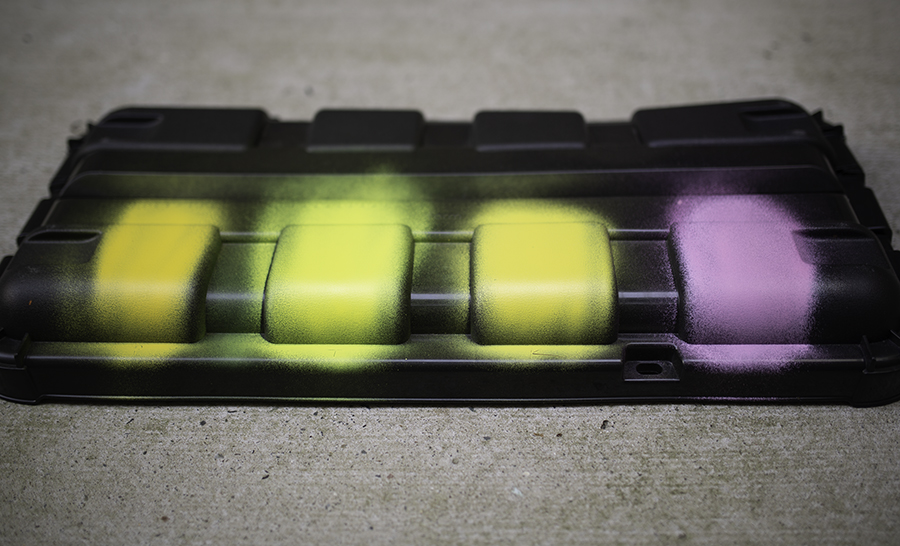 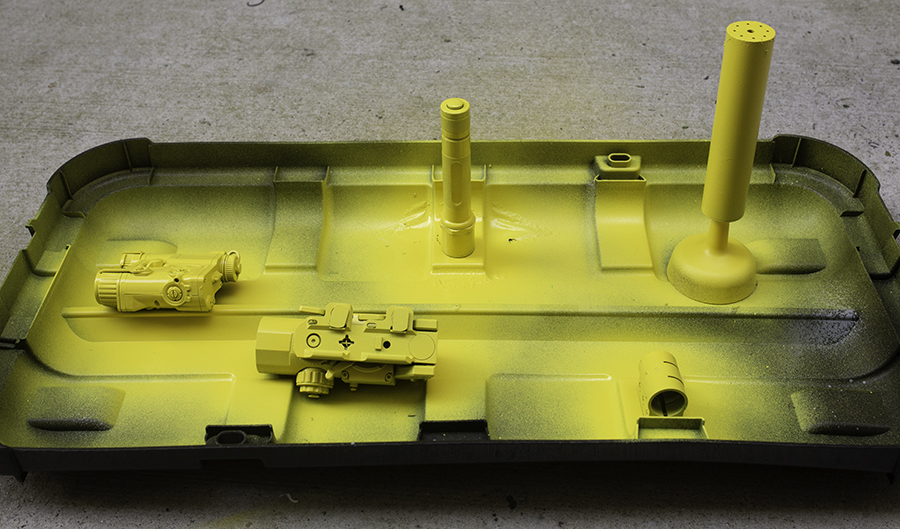 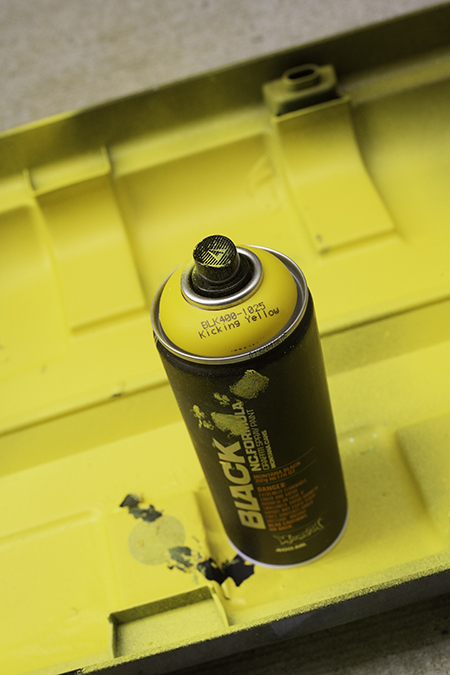 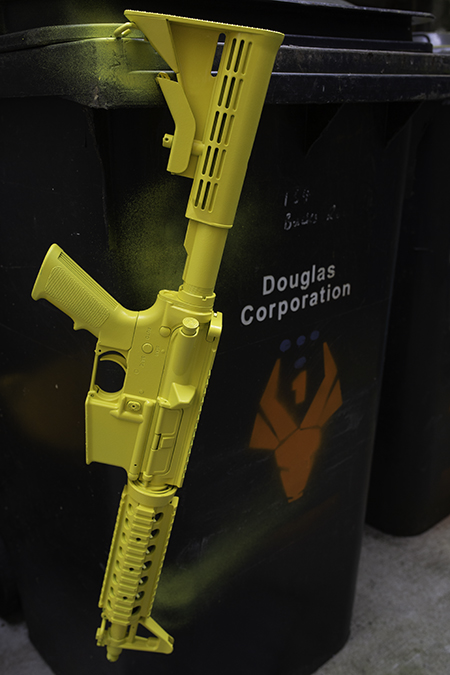 Time to weather the parts, and luckily had some good reference pics: 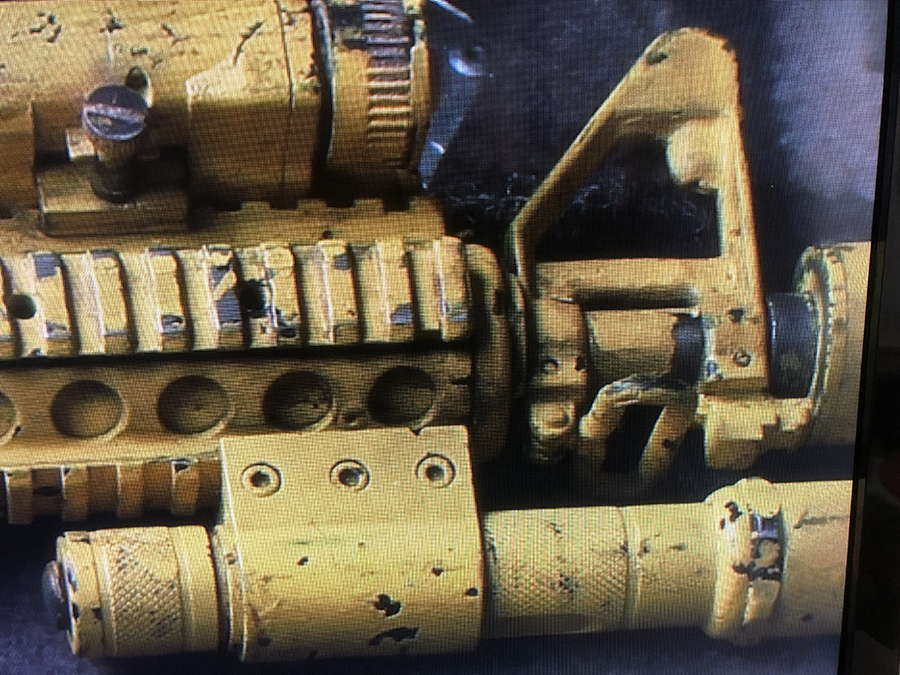 RPF PREMIUM MEMBER
Paint arrived and got it finished and weathered up. Happy with the results and ready to hang un the wall... 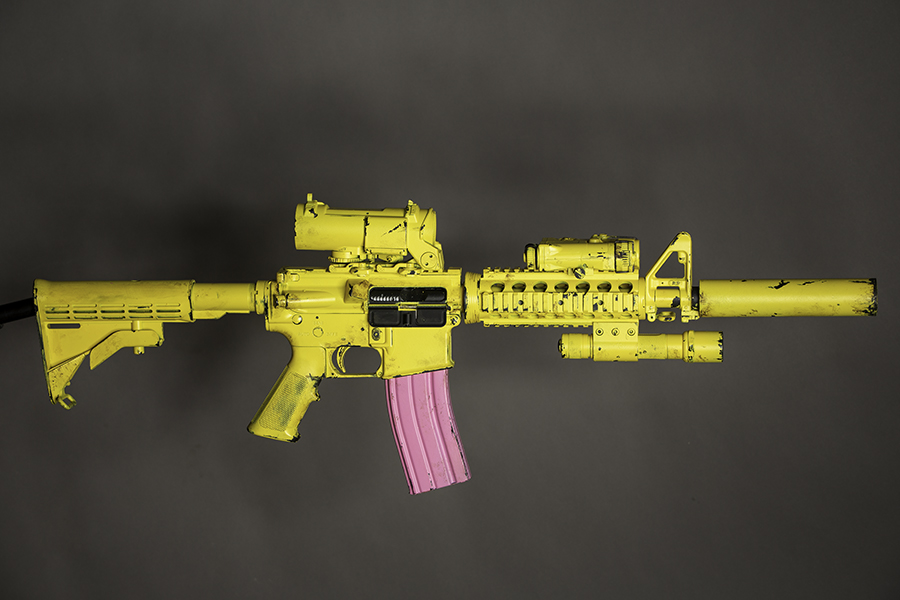 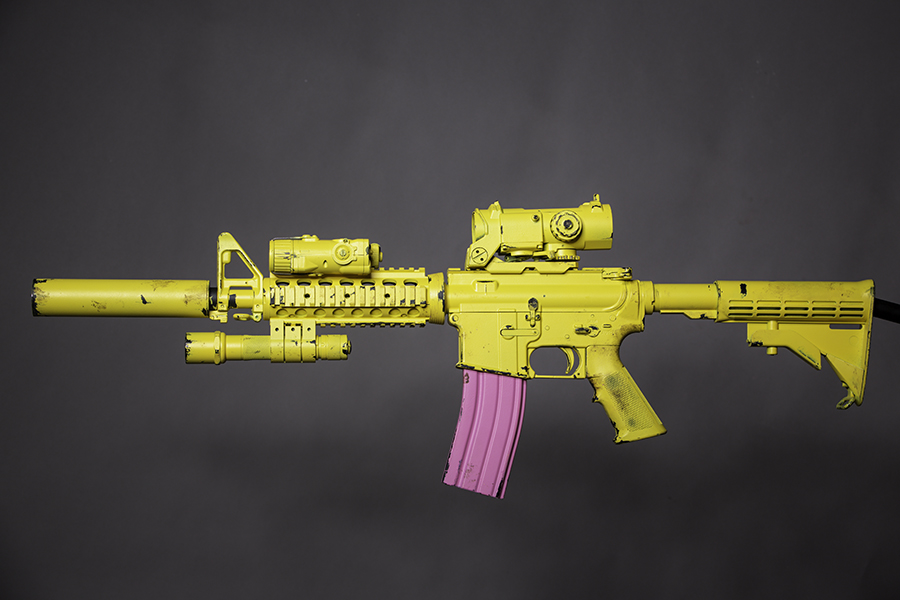 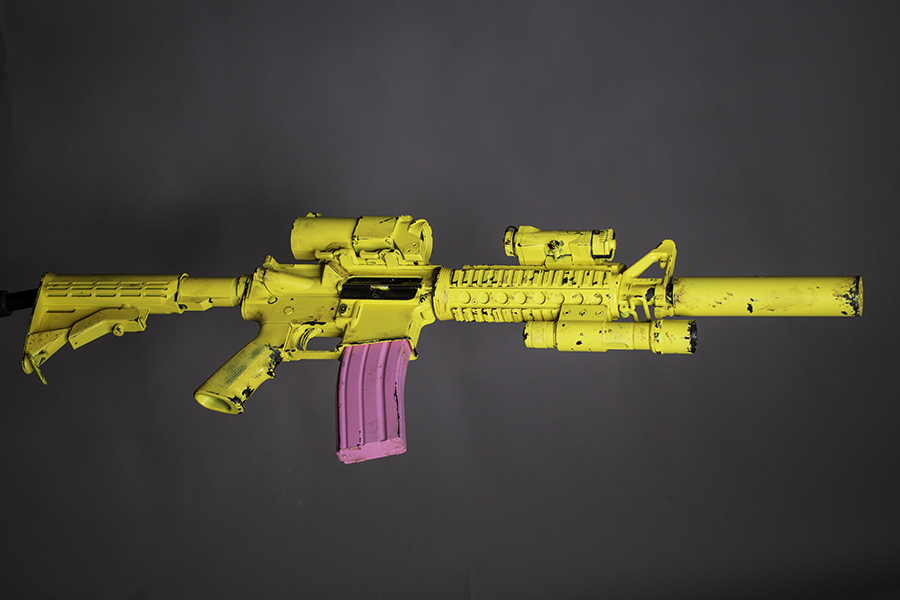 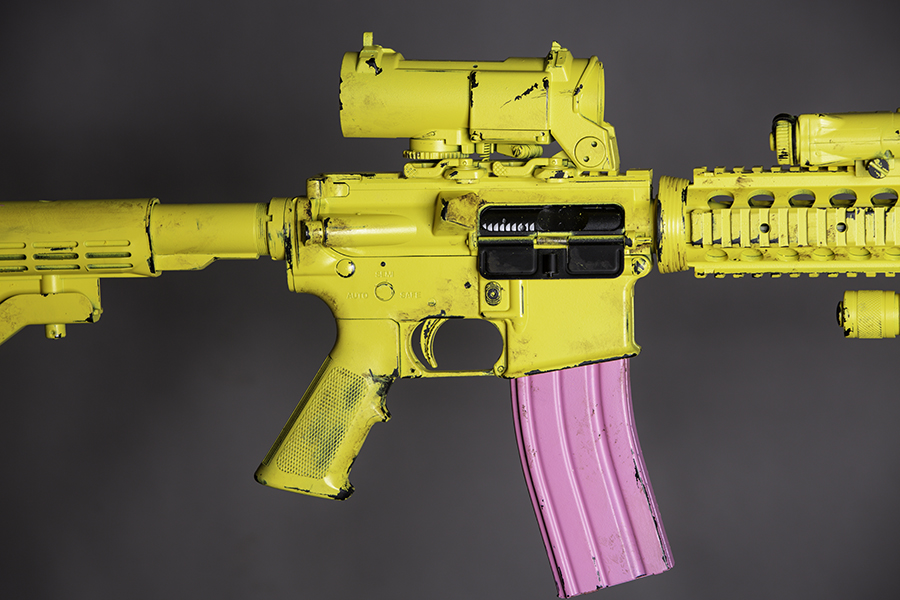 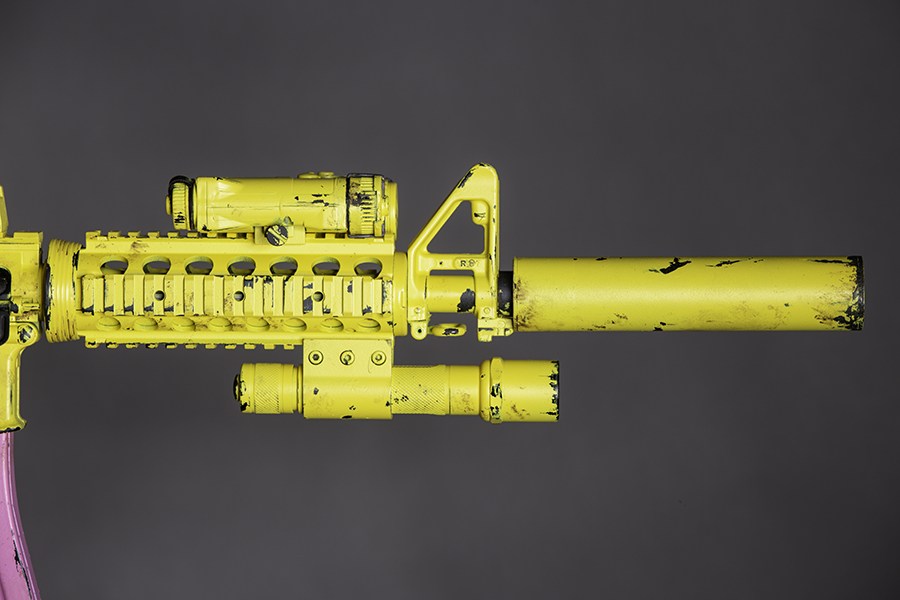 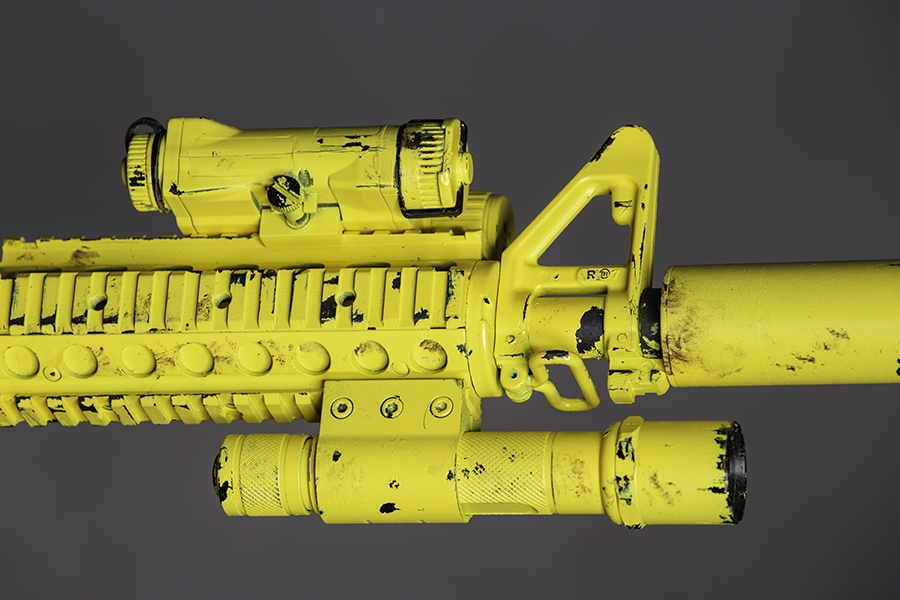 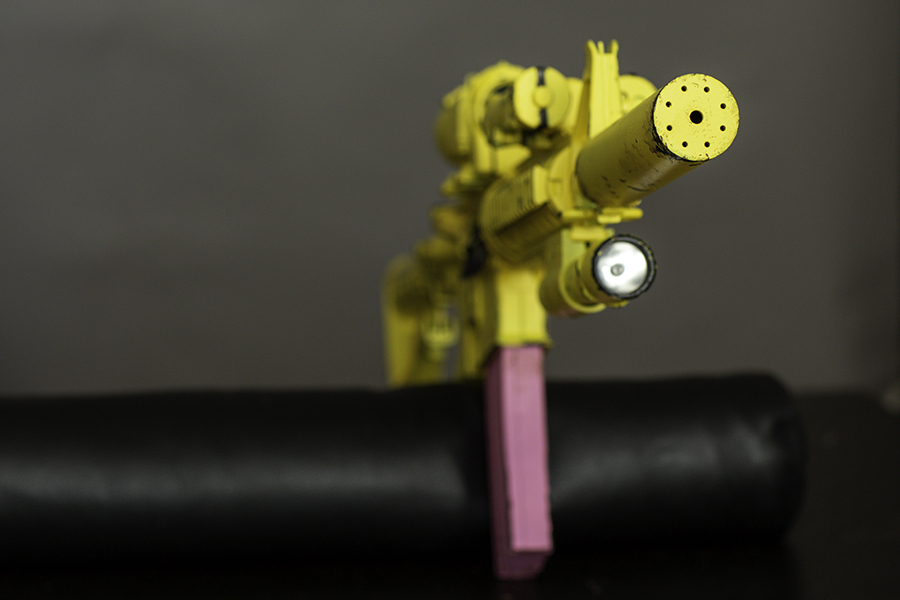 And modelled by my daughter.. 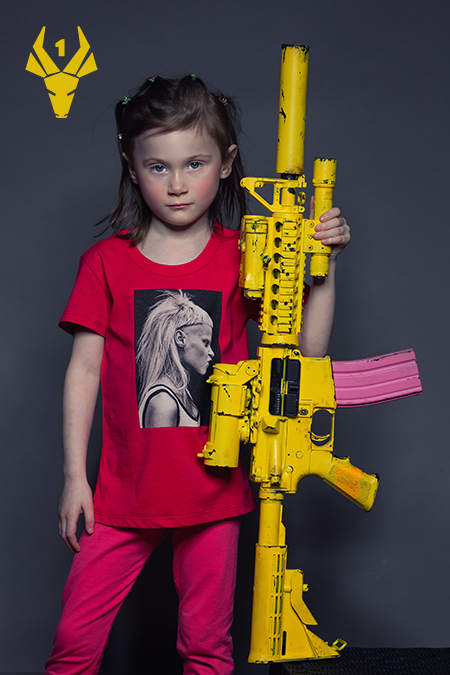 Turned out soooo nice! I fink it's freaky and I like it a lot.

Looks great!
The paint job of the gun has been stuck in my head since I saw the film, way to go recreating it in such detail.

How did make the weathering effects? And did you prime before using the main color?

Yesterday at 5:40 AM
joberg