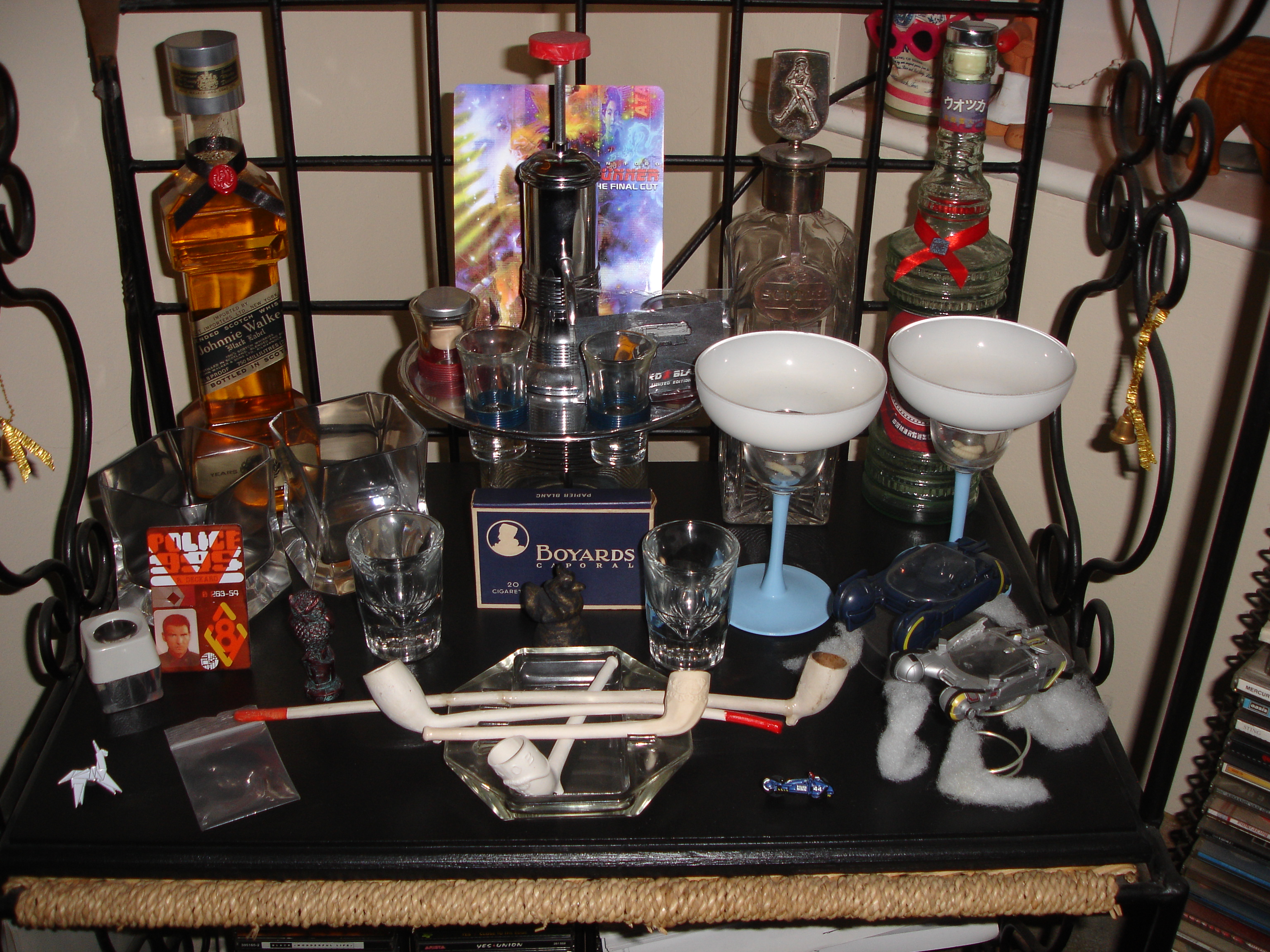 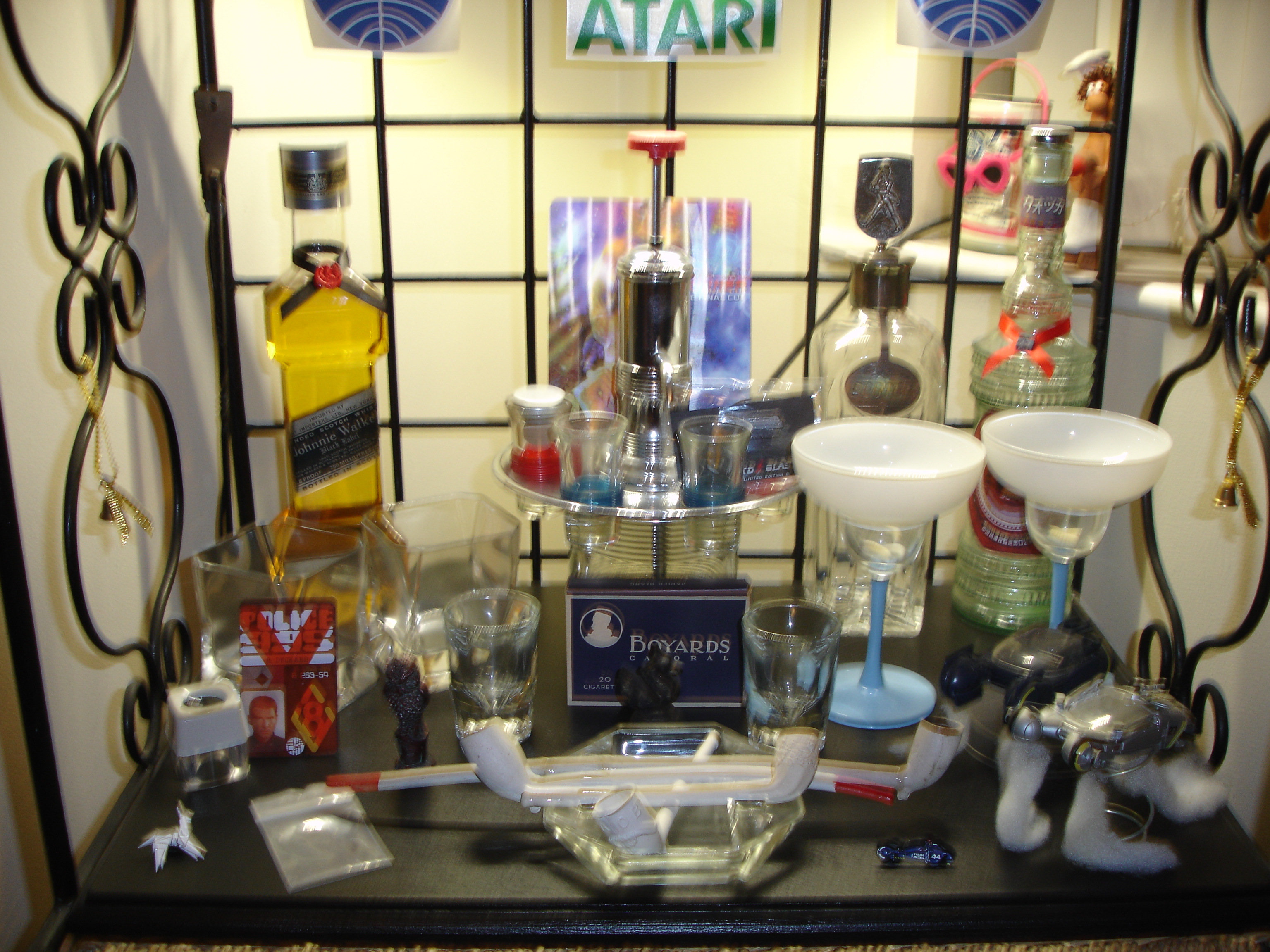 stussy - Nice collection! So is that Lt. Joshi bottle there a Rodnik's Absinthe bottle with the label replaced with the 516 numbers? What's the source of the other bottle?

HI RPF folk I have just finished off some stickers for K’s Liquor bottle from Blade runner 2049 I have found a supplier for the accurate original bottles featured in the movie. I’ve priced these up based on the minimum order I can get from the manufacturers. I will be doing a run of about 25 of... 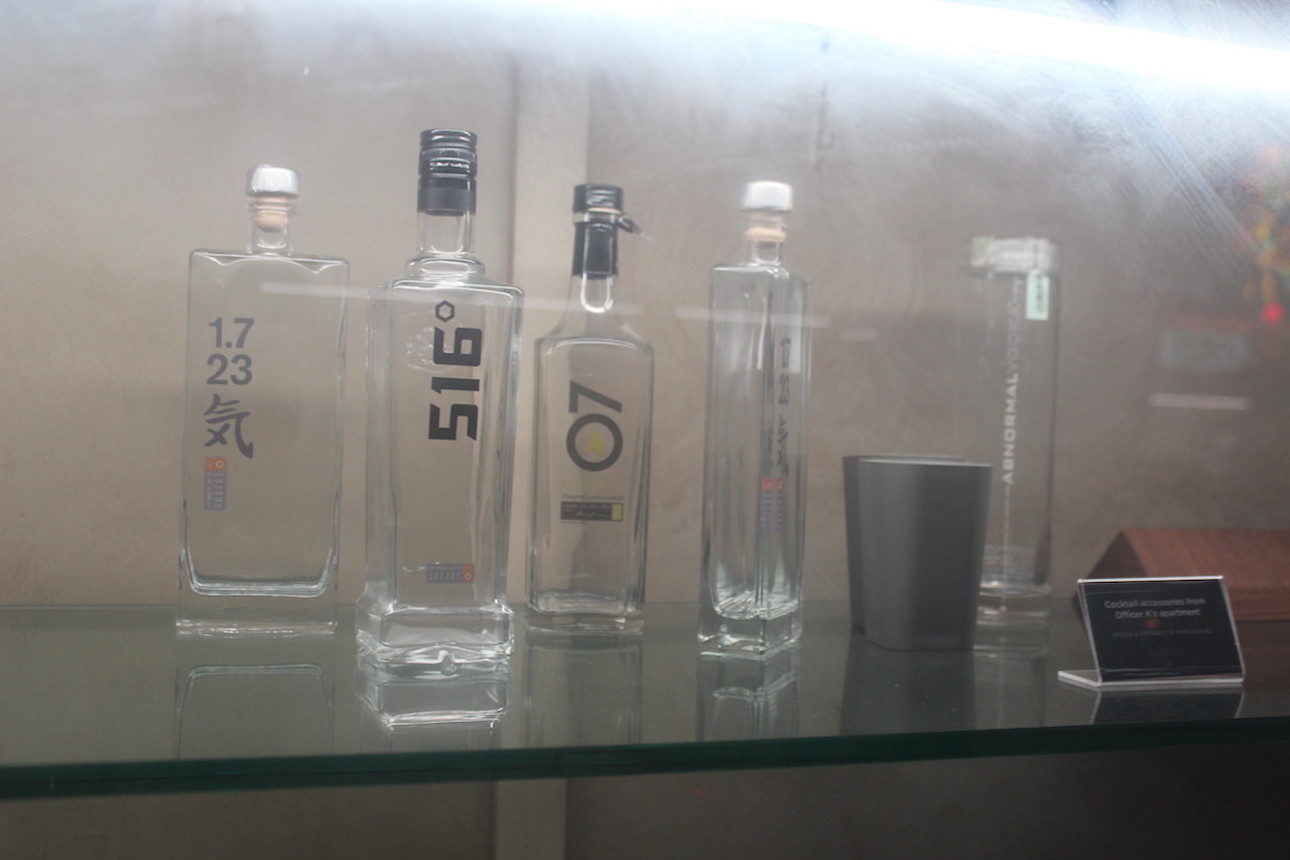 It seems they're no longer available. There's a nice collection of other bottles and cups on eBay right now and Bibi food court stuff. I simply don't have the space for all that, though. 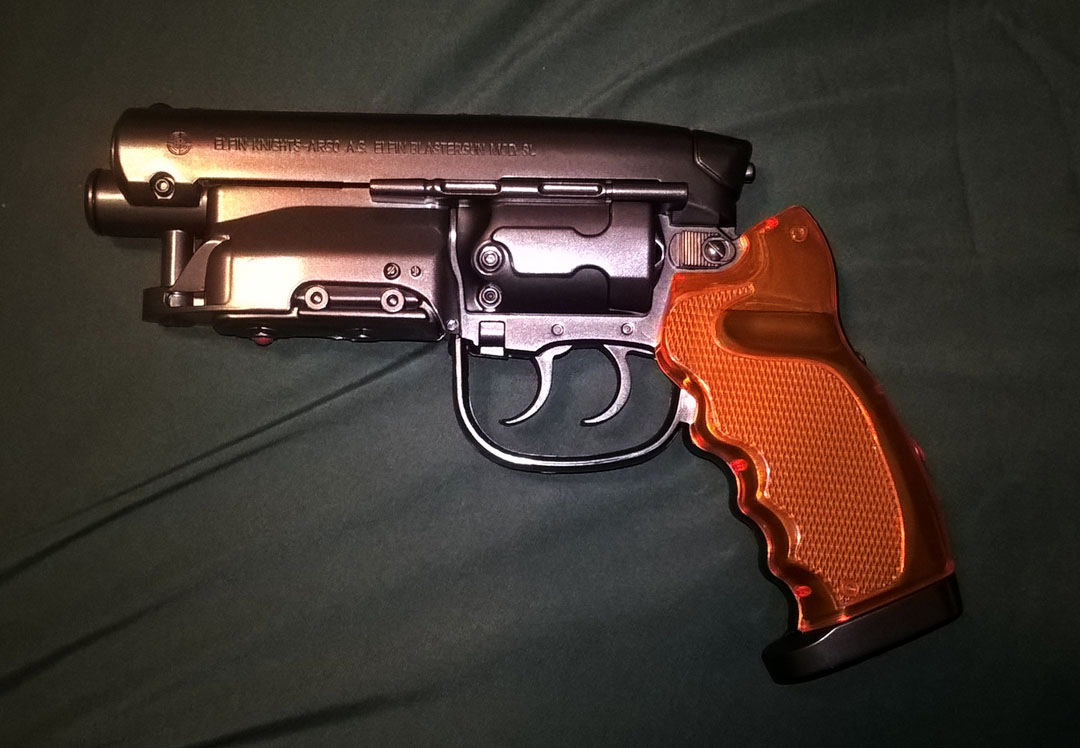 Rachel's Lighter (from original movie) arrived a month or so ago: 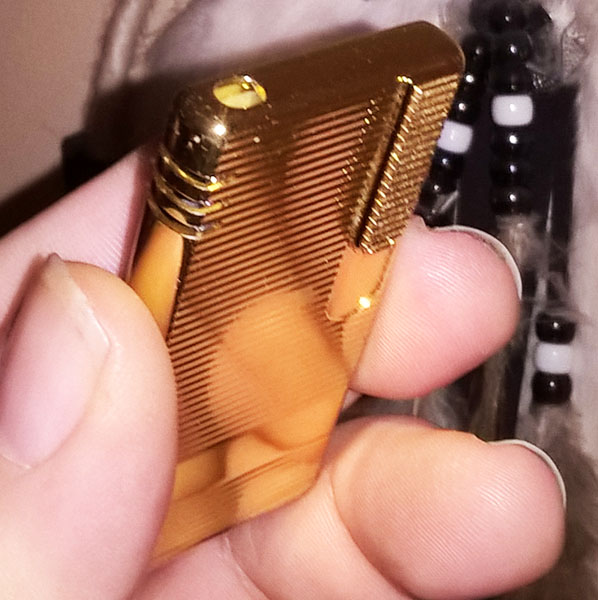 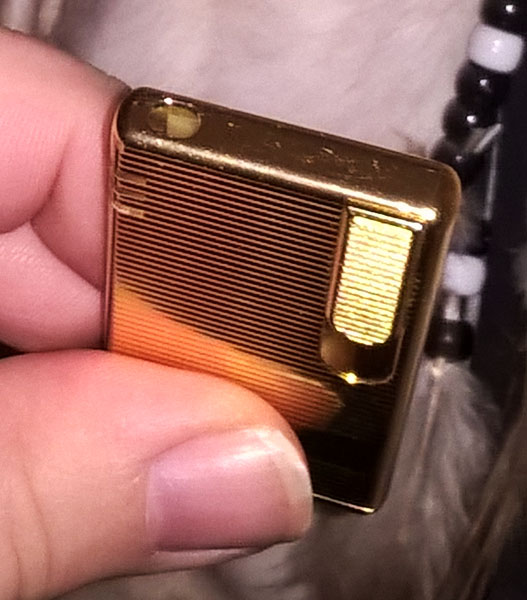 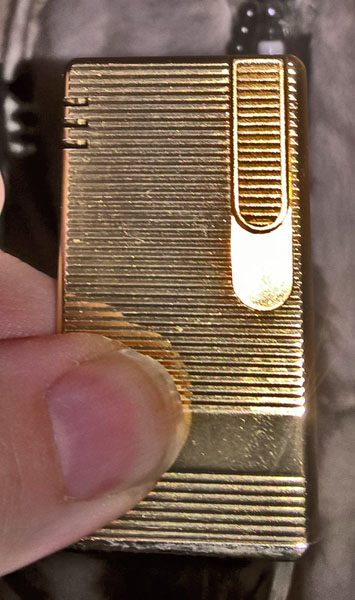 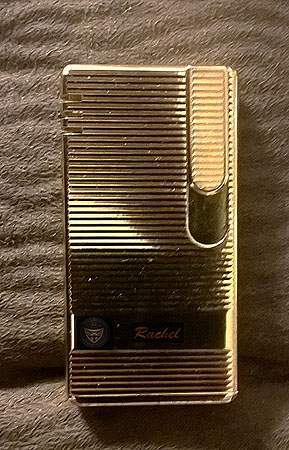 Where did you find the lighter?

MAJSmith said:
Where did you find the lighter?
Click to expand...

eBay auction. I watched for one for over two years.

Great collection for sure...and the lighter is really a great add-on! 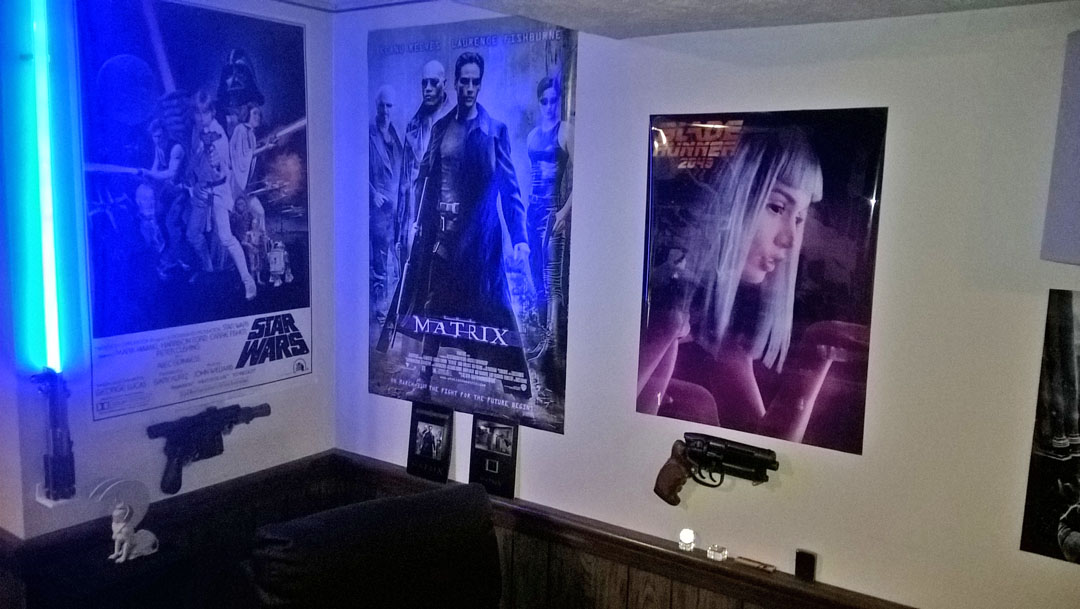 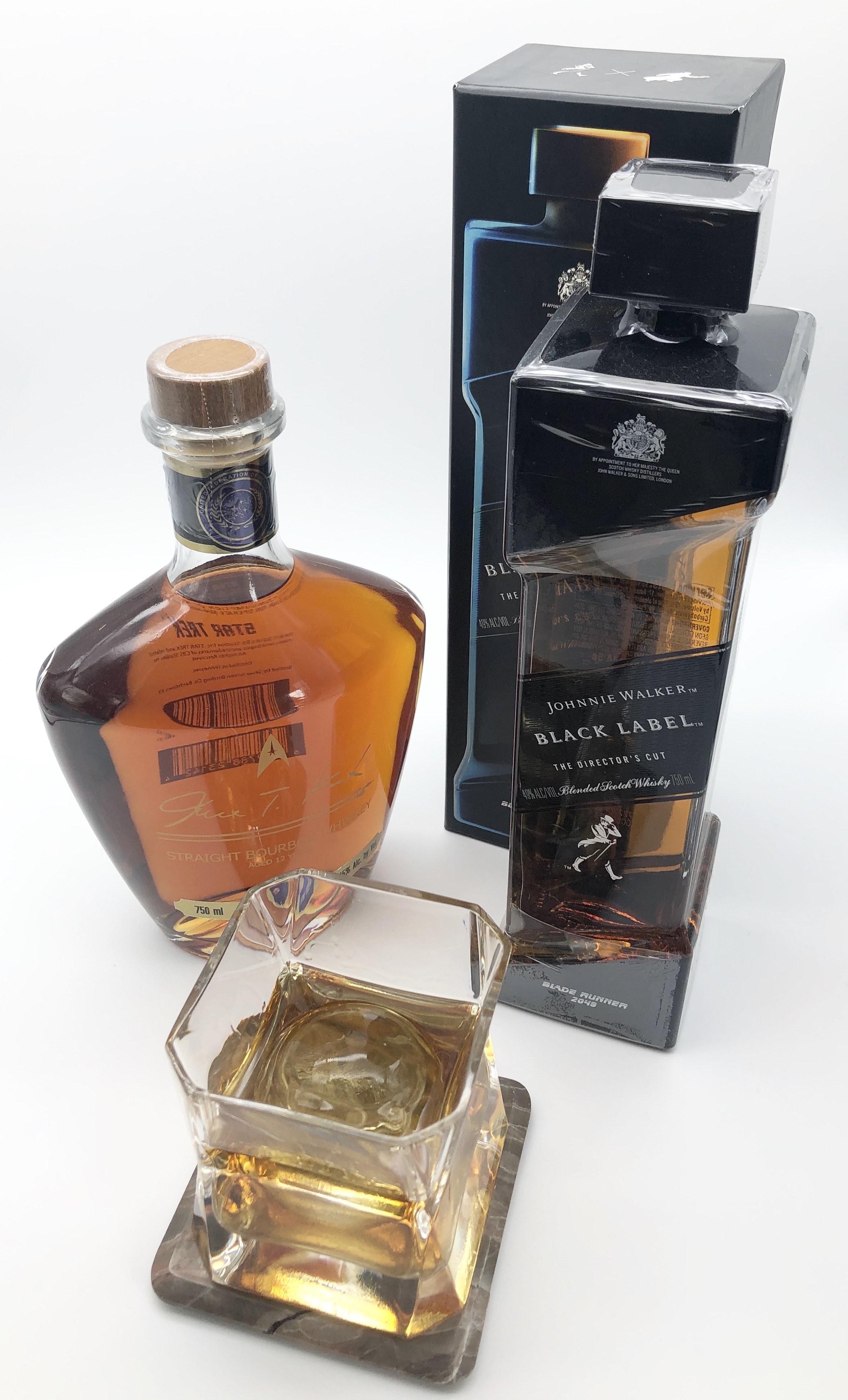 Any recommendations on where to pick up a whiskey bottle?

Any recommendations on where to pick up a whiskey bottle?

Sean, I bought that years ago and don’t remember the source. Sorry!

RPF PREMIUM MEMBER
The junkyard here often has JW 2049 bottles at reasonable prices. Post in the WTB (want to buy) section as well.

I wish I had bought 2 bottles when they were available around here. I'll probably never know what it tastes like because I doubt I'll open it.

GrenadeKing said:
I wish I had bought 2 bottles when they were available around here. I'll probably never know what it tastes like because I doubt I'll open it.
Click to expand...

You can buy JW Black in a non-Blade Runner bottle. Not my favorite, but not bad...


Remote People said:
The junkyard here often has JW 2049 bottles at reasonable prices. Post in the WTB (want to buy) section as well.
Click to expand...

Thanks! I actually found one on eBay for quite a good price.

masterjedi322 said:
You can buy JW Black in a non-Blade Runner bottle. Not my favorite, but not bad...
Click to expand...

You can buy regular Black Label, yes. The 2049 is a different blend. As far as I know it's unique to the movie tie in edition.

Echoing grenadeking above, the BR 2049 JW has a different formula. I’m not a JW fan, so I haven’t tasted the BR formula. (Saving it for a day when my kids are old enough to enjoy it with me instead.) However a manager at a high end liquor store told me that the consensus is JW2049 juice is considered one of their better blends and definitely better than the black label. His customers were buying them both for the juice as well as the collectible bottle.
Also some stores might still have a bottle or two lingering in the back. You could always call around.

Most people want a Blade Runner 2049 bottle for display purposes and will probably never drink the contents (or if they were going to, they bought more than one bottle when it was available, if they knew about it. Unfortunately, I wasn't into collecting back then and had no idea JW released it for sale. I still don't know that I have have drank any as it would be worth more sealed in the future and there's no way the Scotch itself is worth $100. You're basically paying for the bottle. At the $100 level, you should be getting something like JW Gold Label Reserve or even Blue on sale once in awhile (probably still a bit over $100).

Either way it's still a variation of Johnny Walker Black, special blend or not. I'm betting regular JW Black is is still going to be a close enough approximation. They didn't go with Green or Gold, let alone Blue or anything. If you have to, buy an empty bottle and fill it with something even better. Go with Gold or better yet Blue if you want something better than with what it came with (or even Double Black). No mix of Black is going to be as smooth as Gold, let alone Blue. And IMO, it'll never be as good as a decent 18-year old single malt. But JW has some Isle of Islay in them as part of the blends as they definitely have some smokey peat flavor. I visited the Glenkinchie distillery outside of Edinburgh in May of 2016 and they claimed JW used them as part of their blends (they are not smokey).

To be more frank yet, if you're not a Scotch drinker, I hate to say it, but you might not notice the subtleties anyway between the versions of Black in there. Most people I know that try Scotch whiskey for the first time, just taste whiskey or complain that they like Bourbon better or something (if they're a drinker at all). But if I'm going to pay $100 (when it was new) for a bottle of Scotch, I'm probably going with something like Glenmorangie 18-year old at that price level, not any version of Johnny Walker, which IMO is overpriced given it's a blended whiskey. Their 18-year old blend is nearly $200! Glenmorangie is half that and I dare say a far better Scotch.

YMMV of course as it is still a subjective taste thing. I would have put my money on Scotch over Bourbon, though until I tried Booker's (single barrel straight bourbon). My god, that's some great stuff. My bottle was 138 proof (hand marked by barrel) and had the strongest caramel flavors of any whiskey I've had yet so far. It burns pretty good (try Knob Creek if you want to try a 100 proof whiskey that doesn't burn), but oh the flavor! Still, if you want a really smokey peaty whiskey, you're going to have to go with Scotch. The Isle of Islay whiskeys are the smokiest (Ardbeg, Laphroaig, Lagavulin, etc.) and they're definitely in the JW blends as it's far smokier than non-Islay Scotch like Glenlivet.

And no, I'm not much of a whiskey drinker. I prefer English or Belgium Ale most of the time (Delirium Nocturnum is my favorite Belgium beer and I think Wychcraft's Hobgoblin is my favorite English Ale), but I've certainly tried some whiskey over the years (there's a bottle of Glenmorangie 18-year old in the liquor cabinet right now, though).

Blade Runner blaster replica (never been done before i'm sure)