RPF PREMIUM MEMBER
From the scene in Batman Begins when Bruce rushes down to the cave to go after Rachel at Arkham.

There's also this photo, a promotional shot released during the production of Begins that served as my original inspiration:

And finally, after about 4 years of already working on this, I came in contact with the set designer and production designer for the film, and got my hand on a couple of photos from the set of the actual armoire itself in full detailed color. This much was never seen on film, so there was no need for me to go as far as I did (no one will ever recognize the detail, but I would know...)

The cowl and gauntlets are real deal, cast by Infrno. He also cast the armor and is responsible for the final look and undersuit mounting. The initial sculpt was Dullam's V3. Belt and Grapple Gun sculpted by Keith Billanti, completed and painted by Johan Leiter. Boots are from Herowares, which I believe David Pea was responsible for before his UD Replicas venture. Cape is inkmonkey's, the best around, period. Steel batarangs are from synasp.

All I can really take credit for is building the armoire and getting everything together.

The armoire is made from the absolute cheapest pine wood I could find and took me a very long time to stain to my liking. I've installed overhead lights that come on when the doors open too. I know I still don't have the bottom set of door handles, and I'm okay with that The ones I do have are linked up to wooden gear assemblies inside the doors. Turn the handles just like Bruce does, and the wooden posts unlock the doors so it can open. The hardware all steel or brass.

RPF PREMIUM MEMBER
I forgot to mention, I started getting into props in 2005 after seeing Begins and thinking it would be cool to have a real metal batarang. Then things just went out of control from there After I got a cowl I wanted a good way to display it, and decided to go all the way and build the armoire. I'm not quite at liberty to say what I paid for each piece since I didn't make those myself. But I probably spent close to $1600 on various pieces and experiments getting the armoire to the point it's at today. I think I started on it in 2006.

Specifically I am proud of the overall appearance and astonishment on the face of someone who opens the doors for the first time. I spent a very long time getting subtle details about lighting, shadows, angles, color blends, all pitch perfect so that when you see it, you really feel transported to another world. My favorite thing is when I see a grown man open the doors, and just burst into uncontrollable joy because they know they are seeing Batman's own suit. It's childlike wonder and it's irreplaceable. Materially, I really like those batarangs. They are heavy and hard and could really mess you up. Can't take credit for making them though

This is Incredible, no other words needed

This thread is winning thumbsup:thumbsup

Whose BB suit build is that? Or is that your own? It looks really clean, may even be cleaner than the screen used one!

I've seen that kind of utility belt setup both here and on eBay, who built that and is it wearable?
S

Whose BB suit build is that? Or is that your own? It looks really clean, may even be cleaner than the screen used one!

I've seen that kind of utility belt setup both here and on eBay, who built that and is it wearable?
Click to expand...

In the post I explained where the suit came from. Most of the credit should go to Infrno, who cleaned up the Dullam V3 and made it look laser cut. he also nicely tinted the urethane to make it look like foam, while keeping the bat emblem slightly glossy. That part isn't screen accurate, but it does look great.

The belt was built by Johann Leiter, but the original sculpt is Keith Billanti. The awesome paint job is all Leiter. The equipment is in a Pelican 1720 rifle case.

Everything is 100% wearable. Also, notice I never acquired the suit legs. The goal from day 1 was the armoire display.

Super awesome! The belt and weapons looks great too!
M 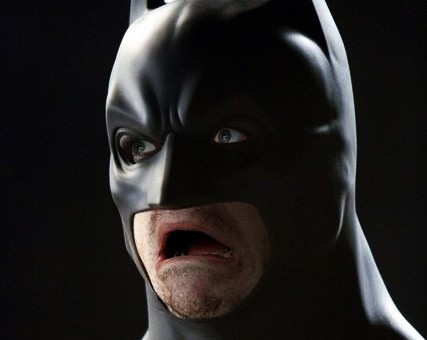 RPF PREMIUM MEMBER
I can't get over how cool this is. I need a new project to tackle and this may be it!
G

oh man, this is so awesome, the word "awesome" doesn't even cut it!

This is ridiculous in a wonderful way. Great collection, man!

The Batman - The Riddler costume help