RPF PREMIUM MEMBER
Rushing to finish this for a show this weekend, not managed any "beauty shots" yet but wanted to post what I've got.

I wanted to light this, and originally tried to go the fibre optic route for simplicity but it ended up being just too awkward - too many tight corners for decent sized fibre. So decided to go with the one LED per engine approach. Having recently got some clear resin for my Photon 3D printer, I modelled up a small 'lens' unit that would fit into the engine tube, and also had a small recess in the back for a 0603 SMD LED (on wires) The result was a kind of custom LED body. 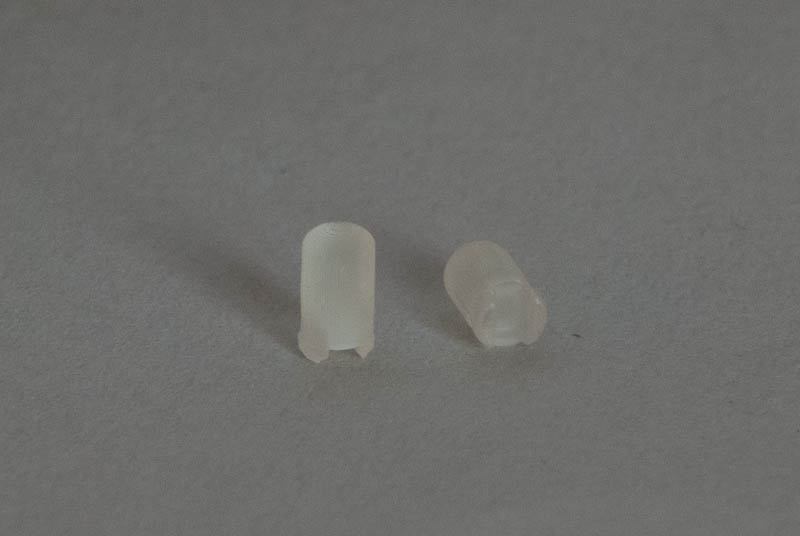 The LEDS were attached to the lenses with clear epoxy, which also had the benefit of securing the wire much better. 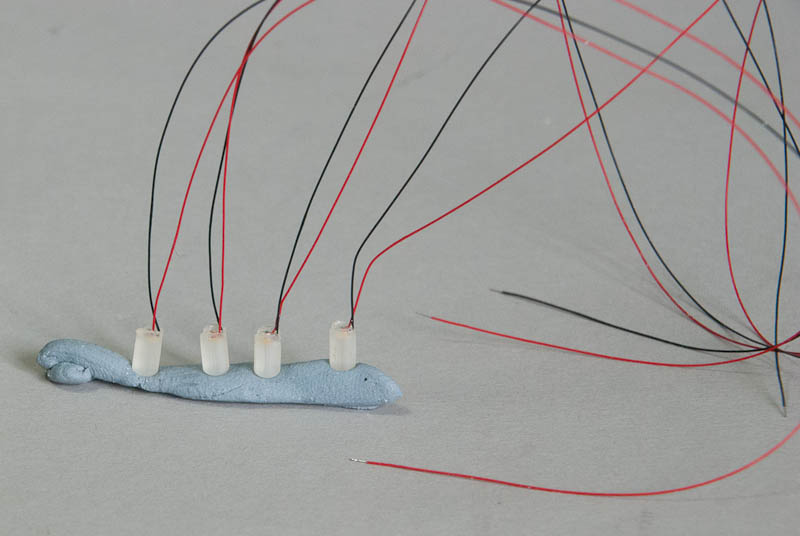 Holes were drilled in the end of each engine for the wires to pass through, and much of the internal snap-fittery that holds all the pieces together was also removed to allow the wires to continue along to the mounting hole in the main body. 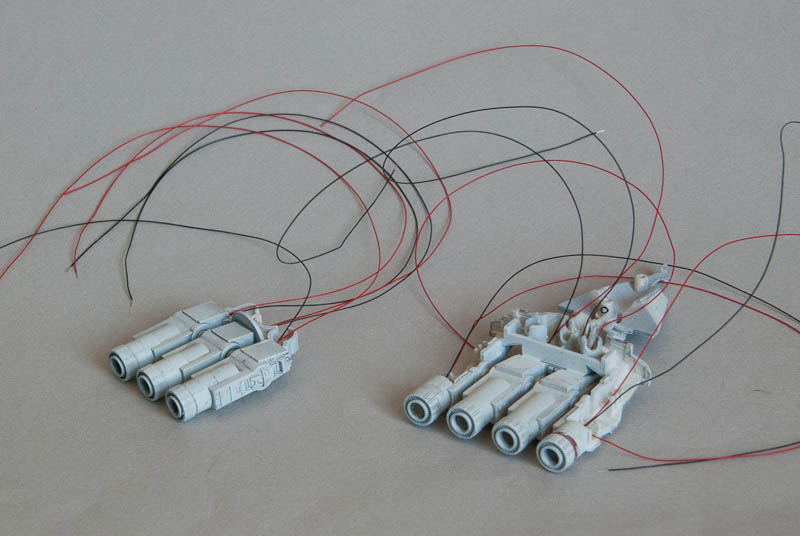 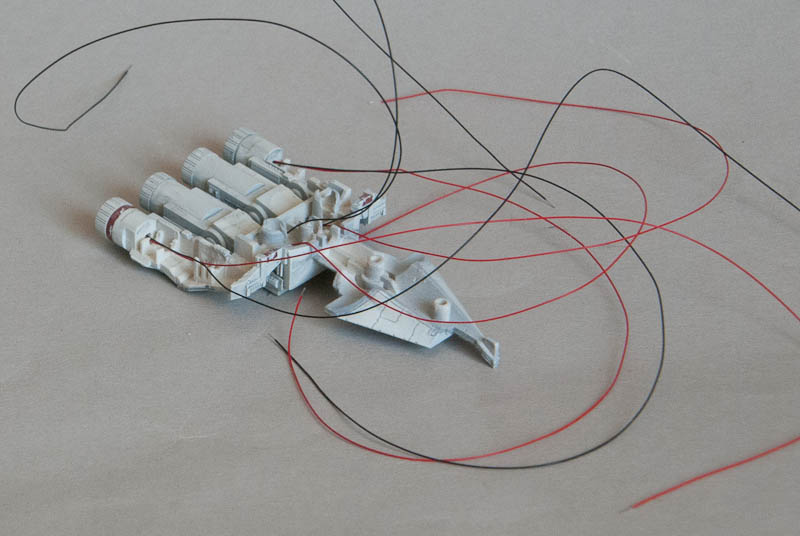 Everything was carefully brought together and clipped in place. I still got away with using no glue and the fit was still tight! 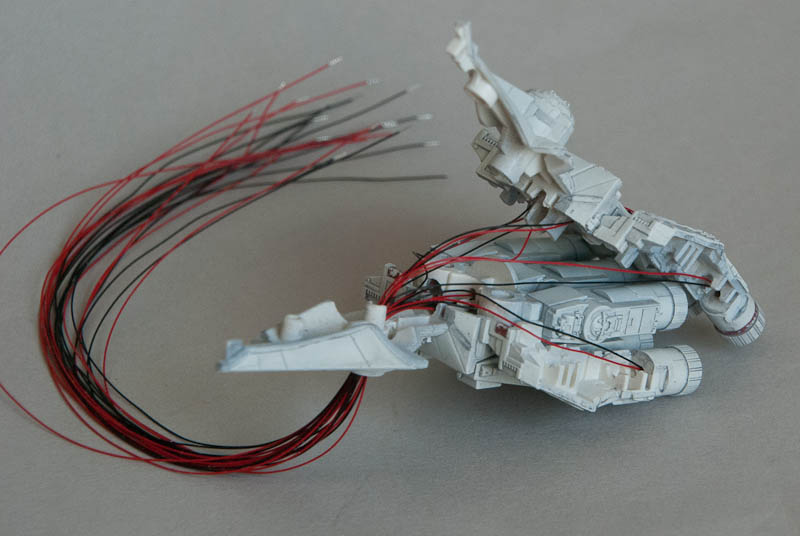 A new support arm was made from some 3mm styrene tube. Thankfully the LED wires are so hair-like, all 22 still managed to fit down the inside of the tube! 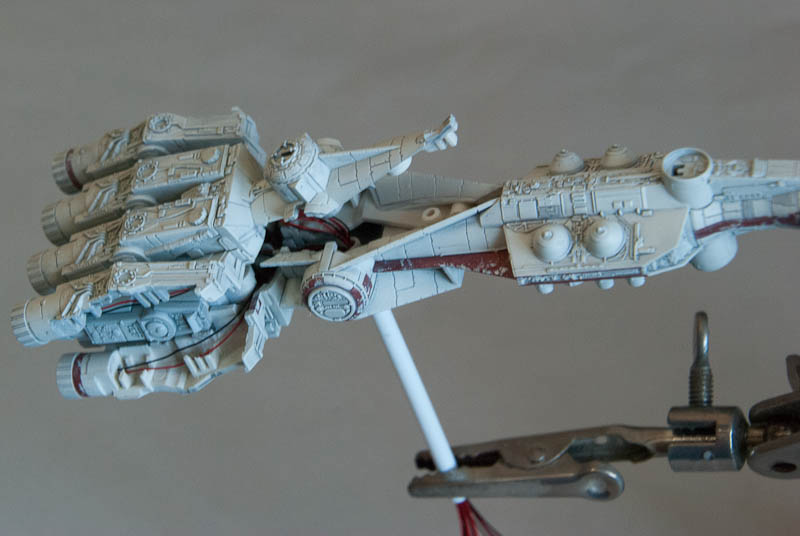 A custom base was printed on the FDM printer, with room for a 3V battery, on-off switch and the micro-controller that drives each LED with a random flicker effect. I wanted to do a more exotic base, but time was short. Maybe I'll come back to that... 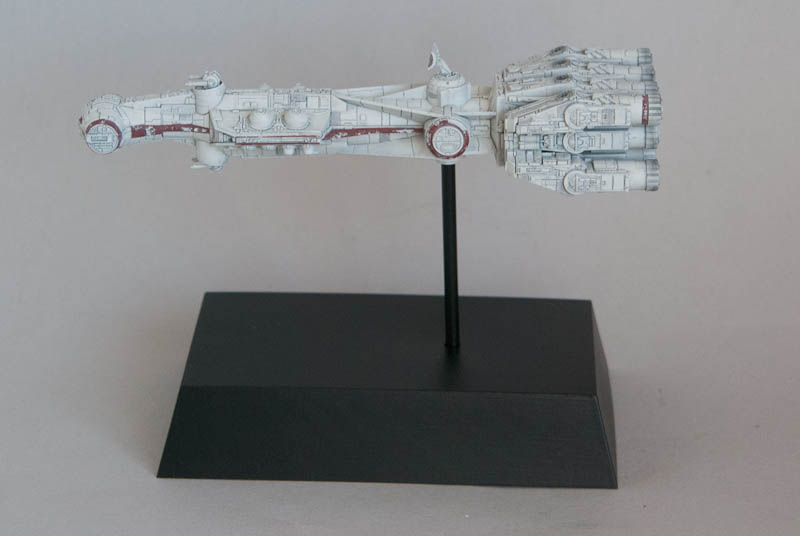 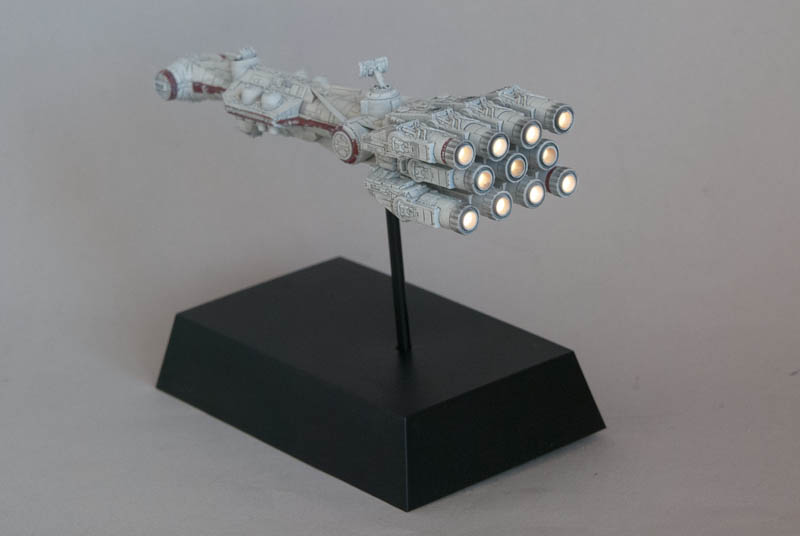 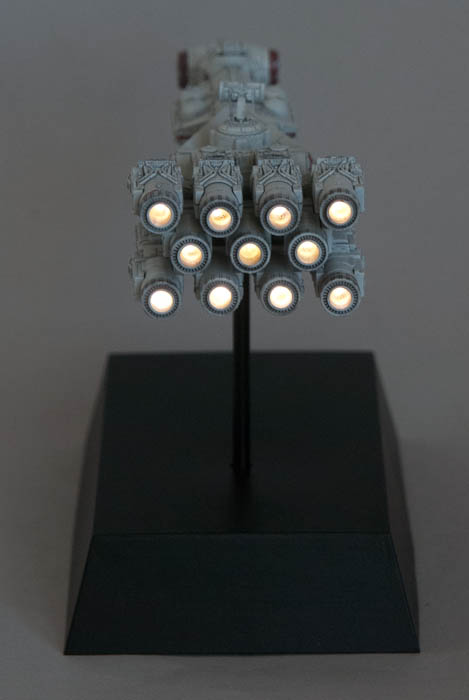 There's a video of the flicker effect here
I opted to paint all the red detailing rather than use the kit stickers. If ever there was a kit that needed decals! Lots of really really fiddly masking. Aside from a base coat of off white, I just applied a coat of Concrete slop-on, wipe-off Flory wash which picks out the panel lines and details superbly, and then added a bit of black pastel grime around the engines and a few grilles and that was it.

Dang that’s impressive. I wanted to light my engines on mine but found the wire routing to be too tedious for my fingers. I was going to use fiber optics actually.

I just got mine built and painted a week ago and I looked five ways to Sunday to figure out a way to light the engines before I started it and gave up on that idea pretty quick.

Very impressed with what you did with yours. Truly, given how tiny the spaces were available for you to even get wiring to where it needed to go.

RPF PREMIUM MEMBER
Very nice! Usually lighting effects at this scale look too bright for their size, but this looks awesome! Well done!

Looks great. What microcontroller did you use?

RPF PREMIUM MEMBER
I've been toying with the idea of releasing a lighting kit for this - maybe module & LEDs, maybe with lenses and base as additions. I'm currently reworking the module design to allow for a much smaller base which I'm not currently happy with.
Any interest?

RPF PREMIUM MEMBER
perfect balance of light!not too dim, not too bright, but just RIGHT! well done! Very Interested! Take my money! at what price point are you thinking? I bought 4 of these. why?, well, because they are frickin cool! I have the JPG/bluemoon BR and the randy cooper one as well but still un-built, but these are super easy builds with crazy detail and would be nice to light up.
keep us posted if you do make a kit!

Antsnest said:
I've been toying with the idea of releasing a lighting kit for this - maybe module & LEDs, maybe with lenses and base as additions. I'm currently reworking the module design to allow for a much smaller base which I'm not currently happy with.
Any interest?
Click to expand...

I would definitely be interested in a lighting kit for the model!

RPF PREMIUM MEMBER
Ok, lighting kit is in active development. Should have something to show in a couple of weeks....
X

Tremendous looking build! Kudos... Mind if I ask how you accomplished that chipping effect? The aftermarket decals for this are nice, but seem "over-chipped" a tad -- what you've done here looks more in-scale, to my eye.

p.s. Put me down as interested in the lighting kit as well -- this looks absolutely terrific.

RPF PREMIUM MEMBER
Cheers - the chipping was simply dabbing a bit of the base coat over the red with a small bit of sea sponge - dab most of the paint off the sponge first on a bit of tissue and then just dot about the model - the random structure of the natural sponge give a nice effect!

Very nicely done! It’s an impressive amount of detail for such a small kit. Great job with the engines! A very tidy job hiding those wires.

RPF PREMIUM MEMBER
Those engines really look fantastic! Do you think you can put a few more wires towards the front of the ship? Aside from the obvious cockpit lighting, the Corvette got 3 extra hull lights on each side in "Return of the Jedi" - two on the middle section and one on the hammerhead sides: 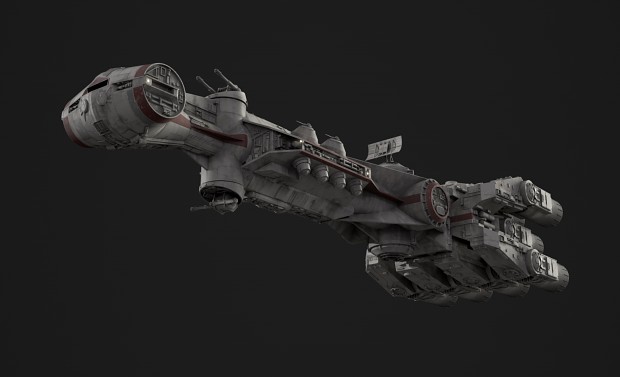 (This is a CG model, but it's based on the studio model)

Here's a shot from the movie: 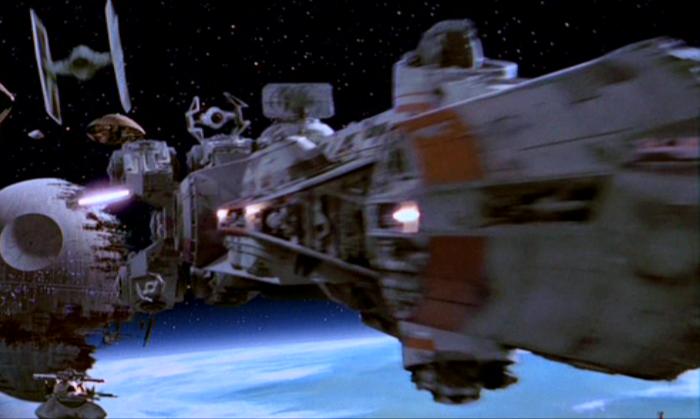 RPF PREMIUM MEMBER
Hard to believe you were able to snake all those wires through an already tight fit, but well done! Love the flickering effect! The custom base is a nice touch!