RPF PREMIUM MEMBER
So back in 2017 I bought myself a 3d printer in order to make a replacement set of War Machine armour.

I have Masked Rider’s fibreglass set, but that bad boy weighs about 40kg all in, so isn’t the best for wearing.

I bought the Do3D files and set to work.
By Feb 2018 I’d done most of the top half, but wasn’t 100% happy and then got distracted by Deadpool 2 and a First Order Snowie (completed) and a First Order Trooper (in the priming/painting phase)

Armed with some better skills, I got back to WM and other than the fingers I’m pretty much all printed.

Now the models, as they are from 2017, have issues. I have their MK85 files and they are much better. Also I have found them to be more responsive now than in the past.

There are thin walls/holes so everything has gone through Make Printable. There are sections that overlap, so need trimming
Parts that just float - the mini gun bracket won’t function in the real world - so again need modifying.

Anyway, here’s where we are so far 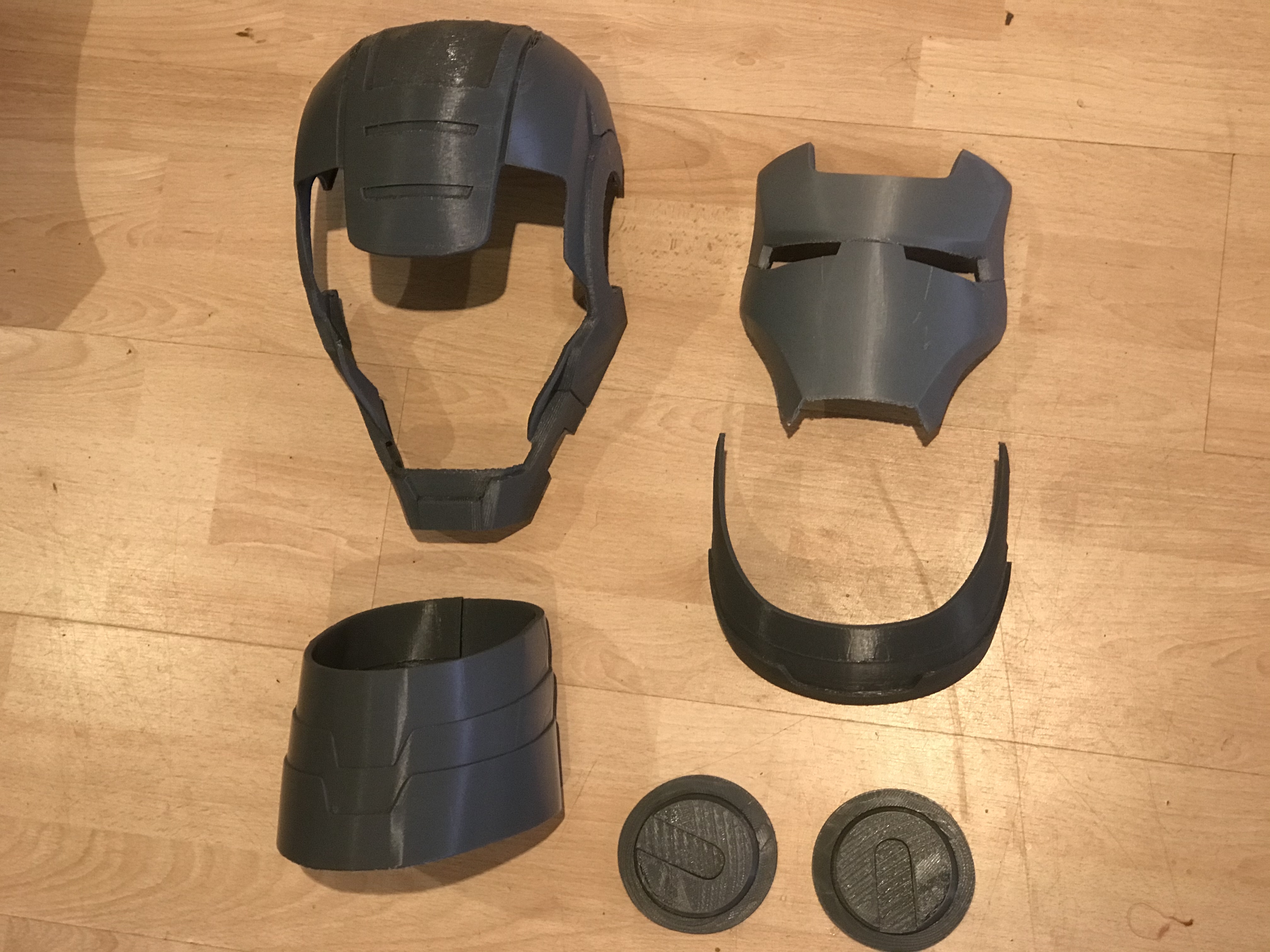 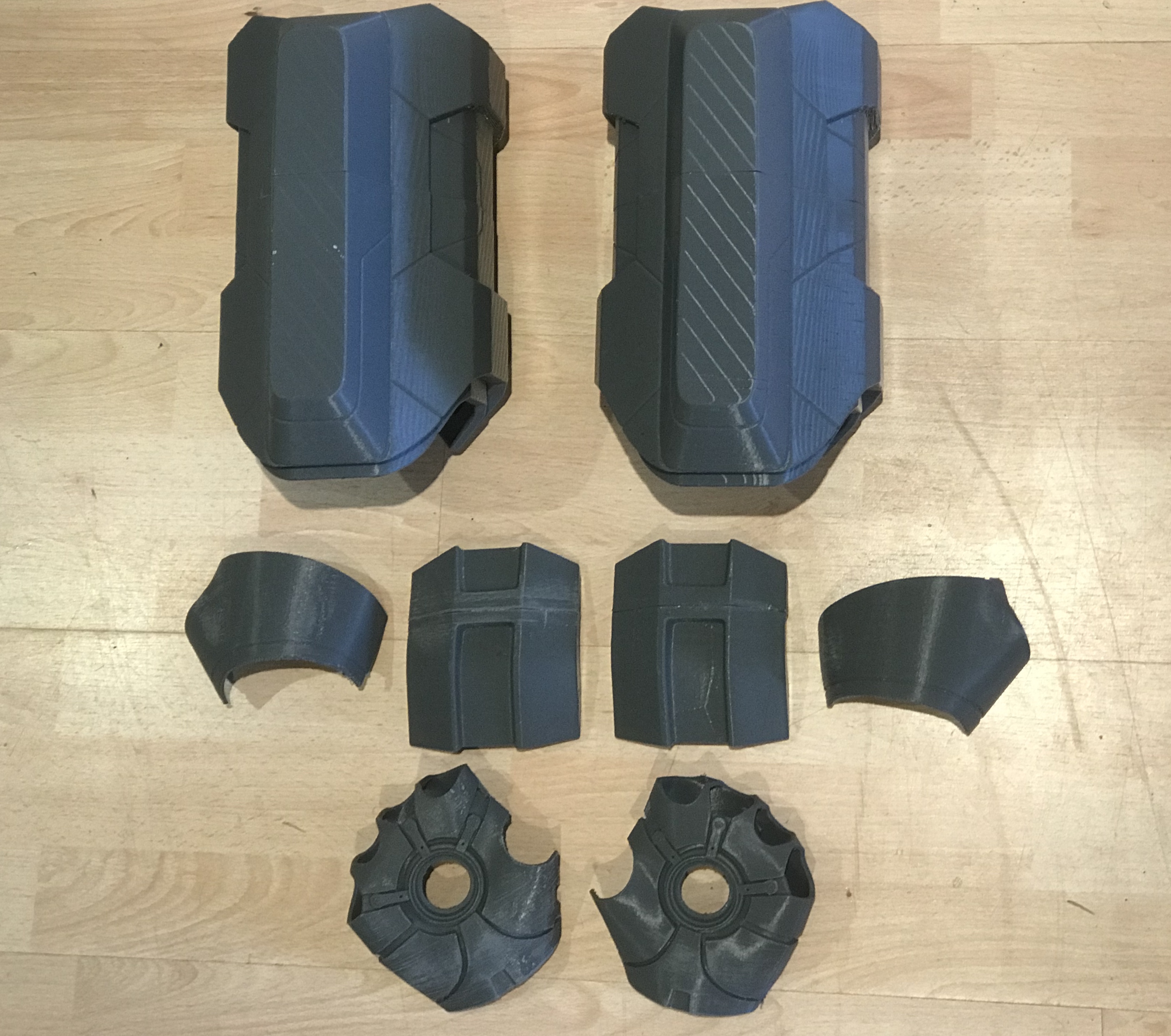 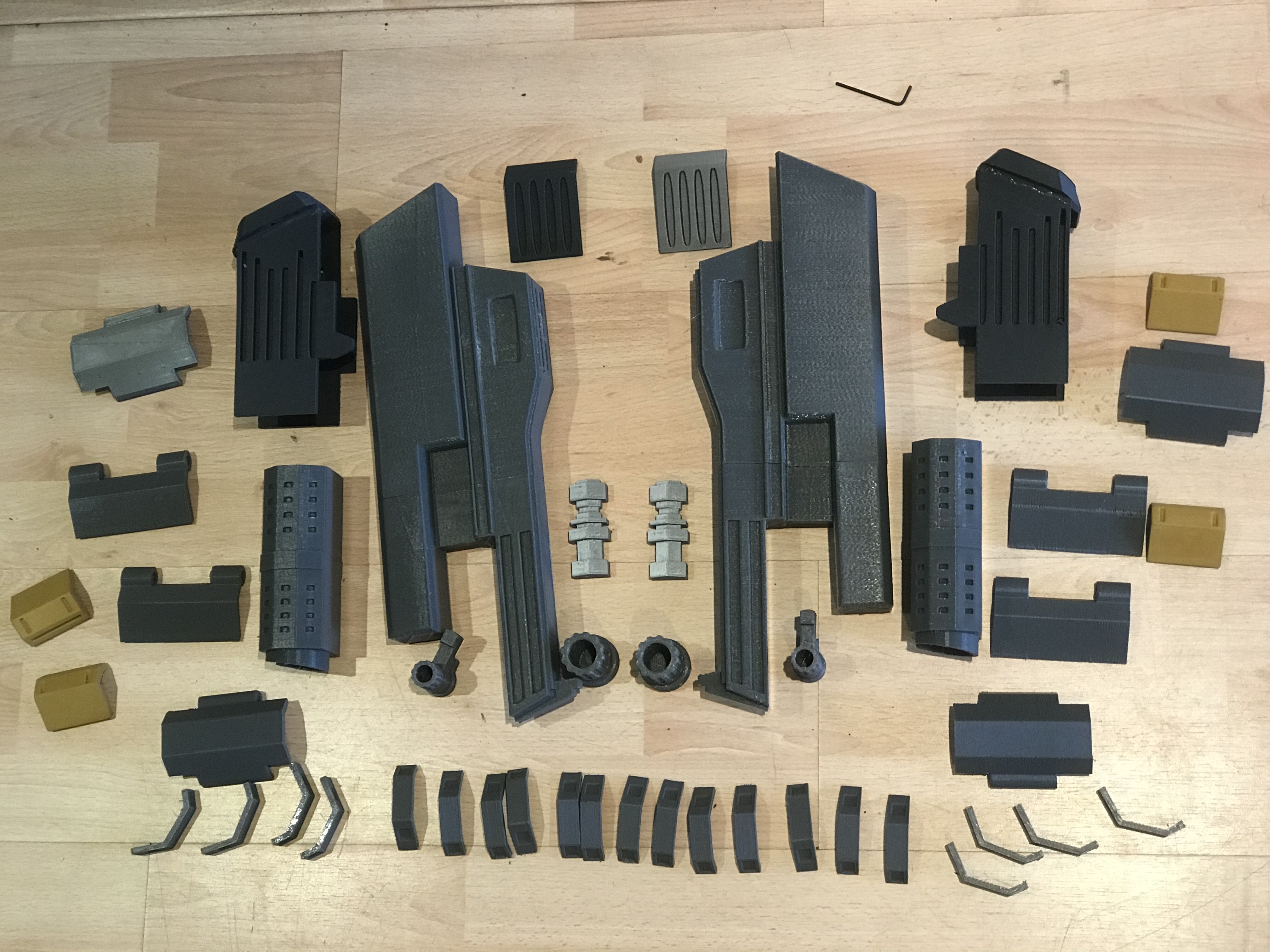 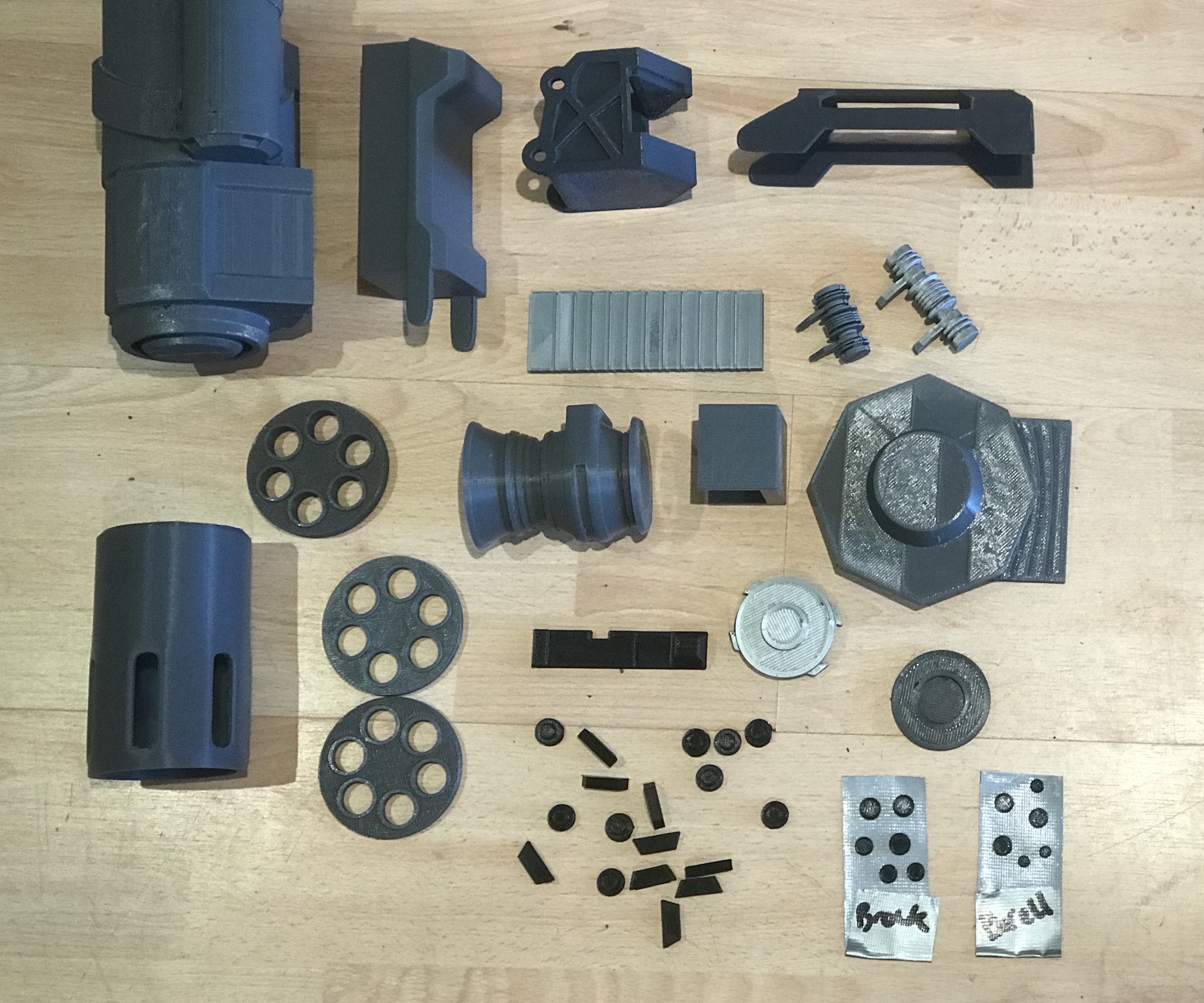 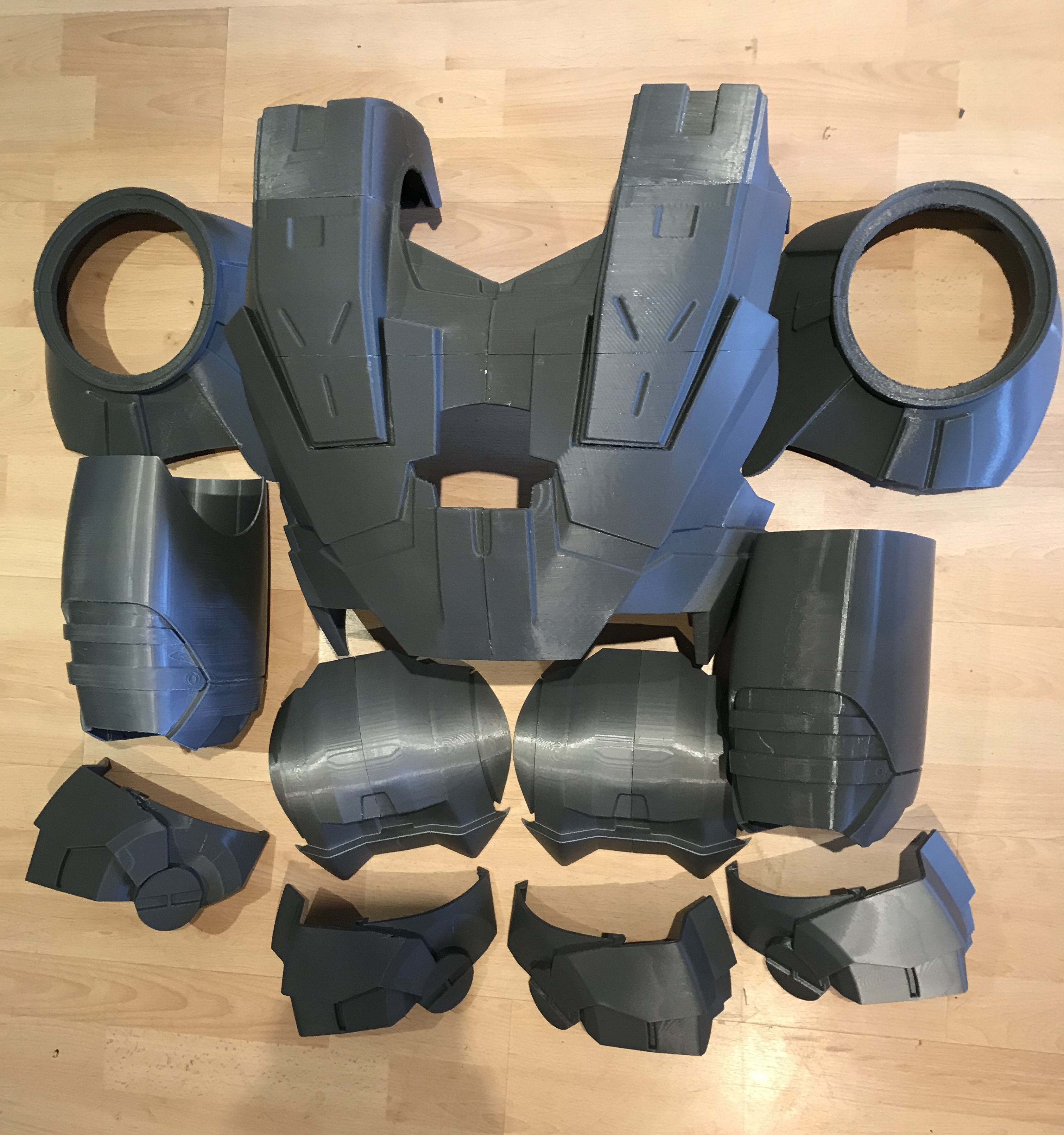 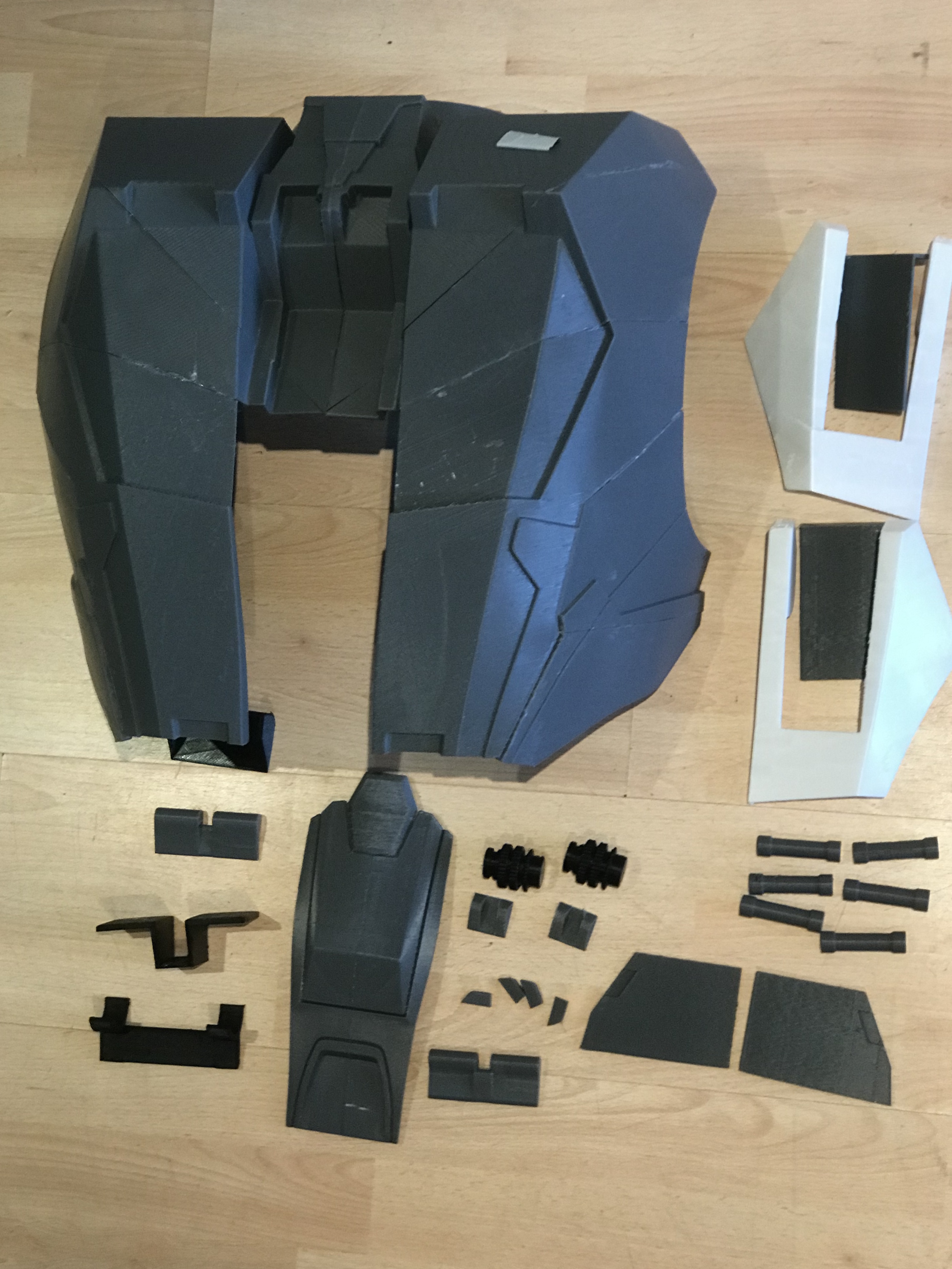 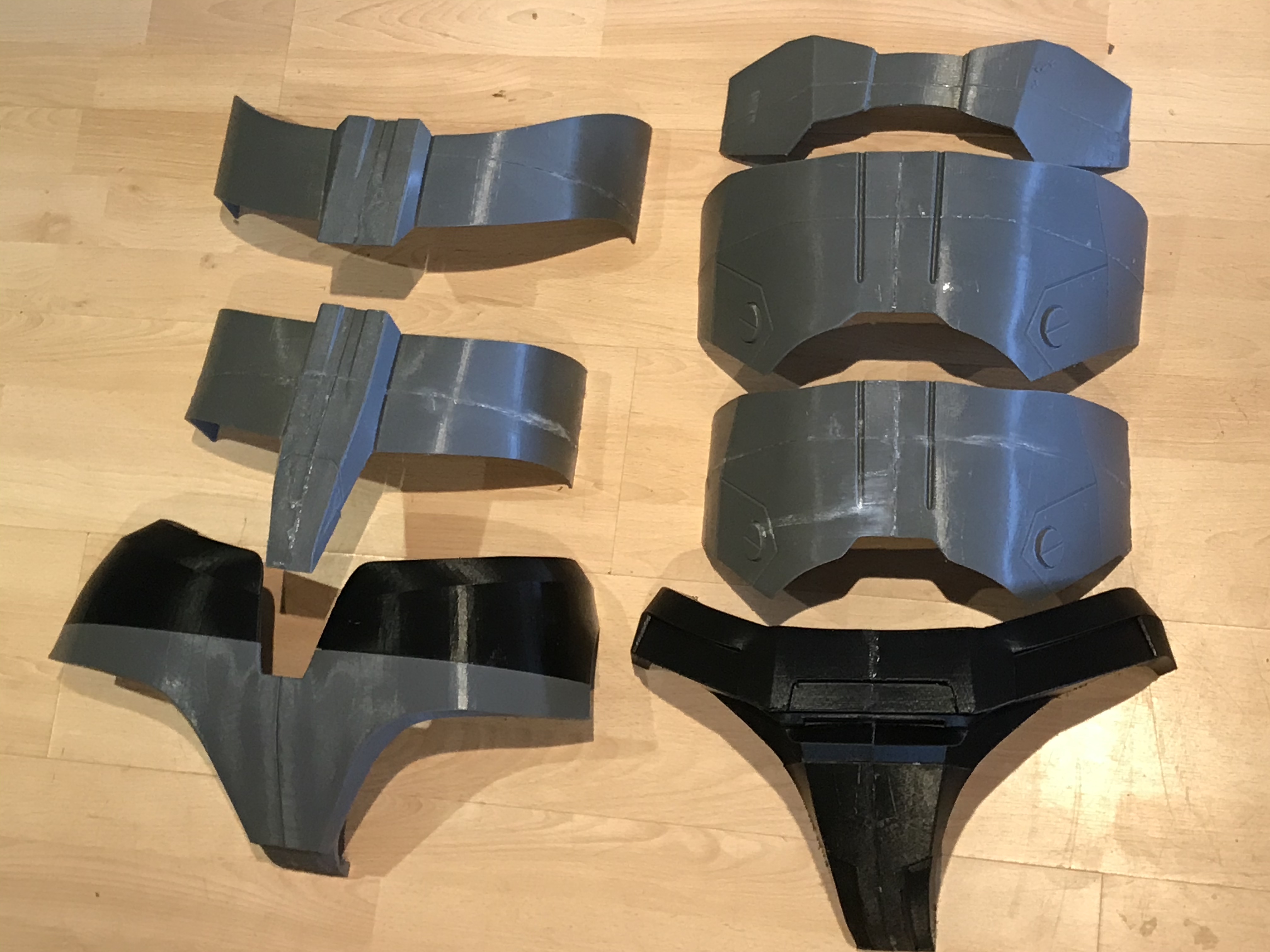 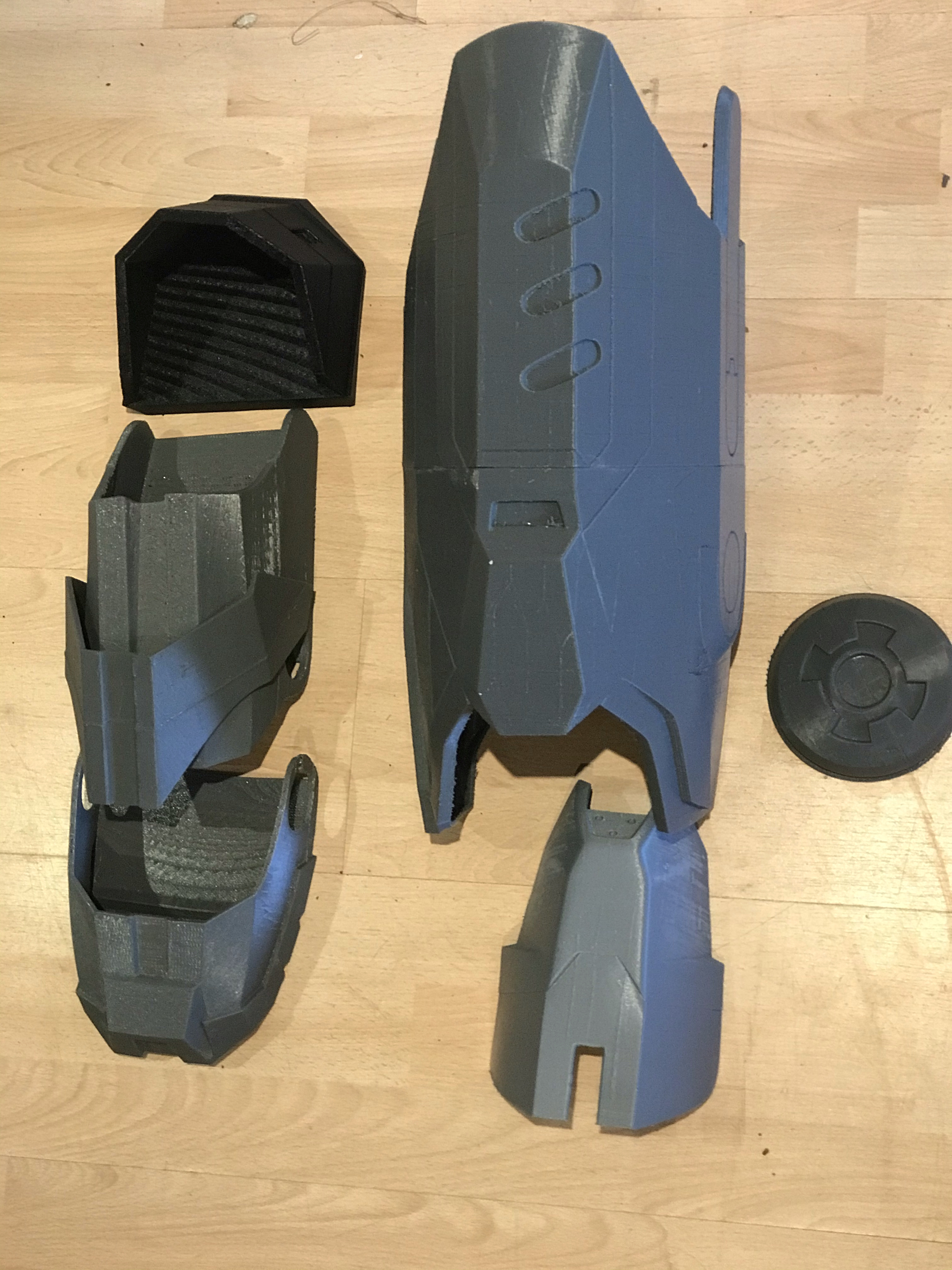 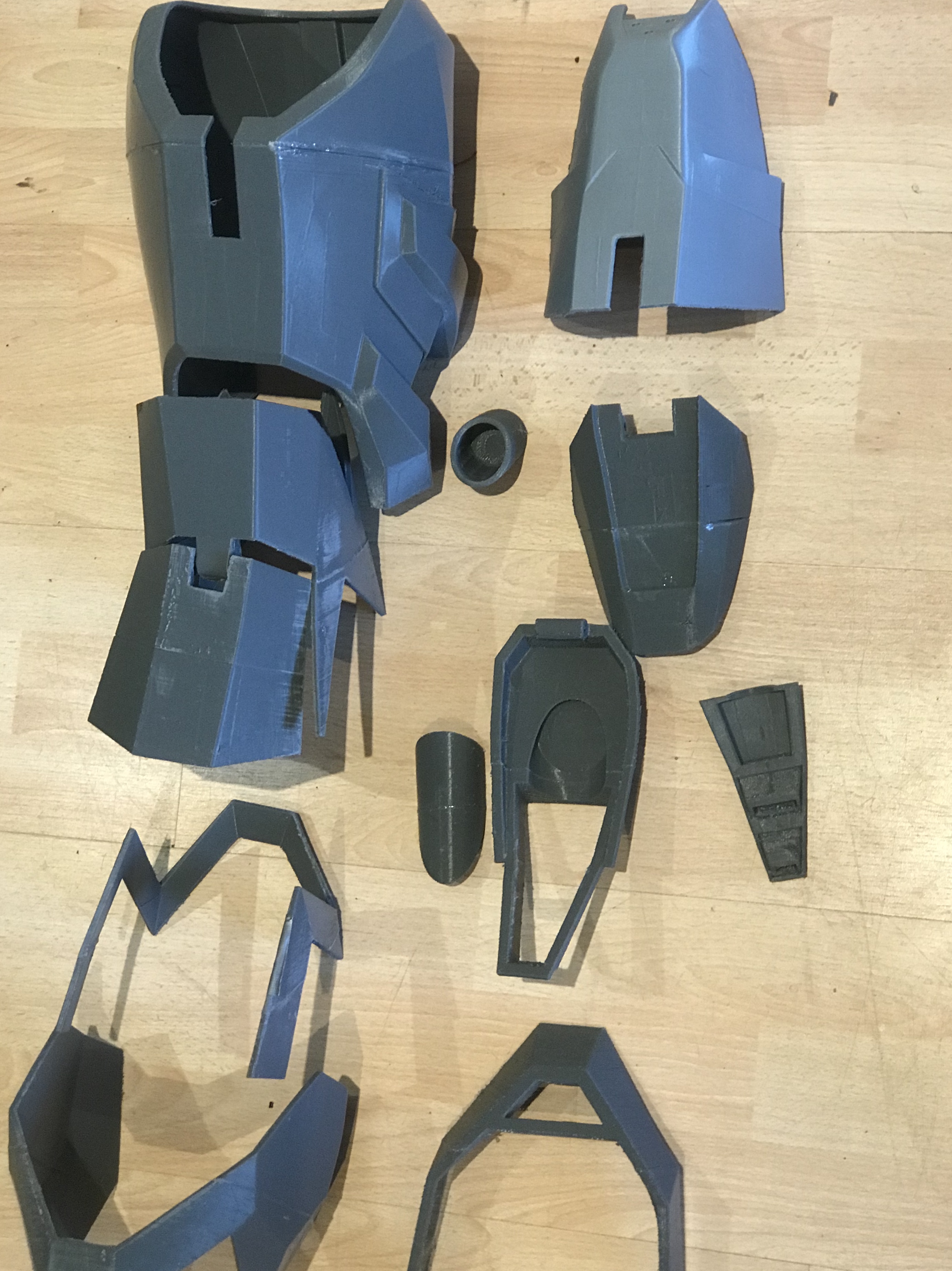 I've been thinking about ordering a set of files from Do3D for awhile now, but I've read mixed reviews about them. Now that they're giving away the MK 39, I am hoping that I can get a better idea of the quality of their work. You had mentioned that you weren't 100% happy about the top half. Is that do to the model or the quality of the print? Your project looks really nice so far, keep it up!
F

RPF PREMIUM MEMBER
Their newer stuff is a lot better.
I’ve got the MK85 set ready to go and I’ve seen more than one person build that so you can see it’s possible.

When I started i wasn’t the most skilled and I also made it too heavy. Now it’s my third set of printed armour, so I’ve learnt what I feel is the sweet spot for weight vs durability.

I wasn’t that skilled at post processing then either but I’ve now got access to a proper spray room and 2K paint, so it makes the process much better
B

Very nice, I can't wait to see it finished!
D

When I started i wasn’t the most skilled and I also made it too heavy. Now it’s my third set of printed armour, so I’ve learnt what I feel is the sweet spot for weight vs durability.
Click to expand...

Out of curiosity, what is that sweet spot? A certain thickness? A certain infill? Just a good gut feel that comes with experience?

Very excited to see another suit come together!
F

DrCyanide said:
Out of curiosity, what is that sweet spot? A certain thickness? A certain infill? Just a good gut feel that comes with experience?
Click to expand...

For me I've found that 1 outline and 10% infill is enough for most of my armour. Some of more decorative parts that serve no purpose have zero infill and the boots for WM have 30% and more base layers as they're going to support all of me and the armour.
The chest and back have 2 outlines and 5% but they are the base to hold up the arms and the gun

I'm using a 0.6mm nozzle, so that's a 0.72mm outline, so with the infill and both perimeters you've got at least 1.5mm of plastic.
Obviously it's not flexible in the same way vac formed stuff will be.

I know that another guy who prints a lot of armour uses 1 outline and 20% but I think he uses a 0.4mm nozzle.

I just bought a set of files for black Friday. I printed a test a ring for the neck seal, it seemed ok then went ahead and printed half of the neck portion felt kind of tight. I am wondering if the whole thing will be too tight, how is this part of the armor supposed to be worn? Is it supposed to feel like a choker?
F

I’m not sure 3D printed is the way to go with that piece.

Something more flexible will be much more comfortable