Alumaluster is the way to go for paint, might be the same issue with import though. Expensive as hell but amazing stuff. google it for images.

Interesting enough, I also found that the T1 endo - or at least the sculpt and one of the prototypes, if not the actual screen used version - has 7 vertebra, where mine has 4 and I've seen others with 5 (unsure whether that 5th one was part of the LFS kit or sourced elsewhere or just fan sculpted) but I will definitely try to either source or sculpt the remaining ones. 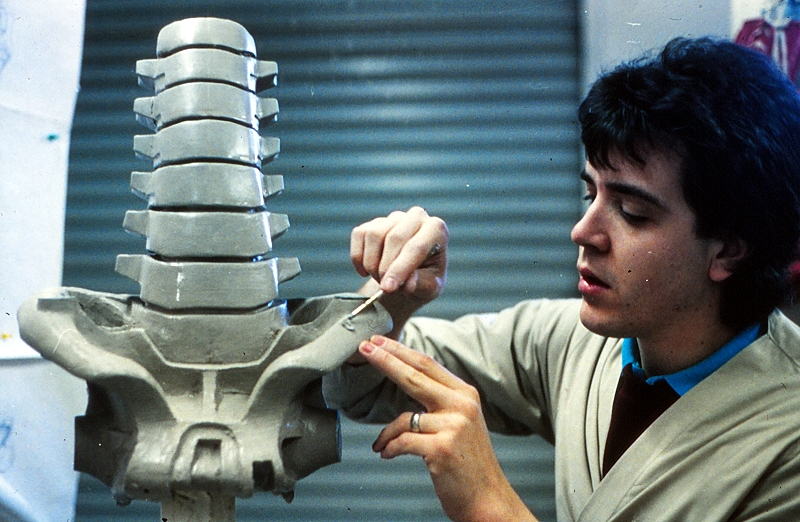 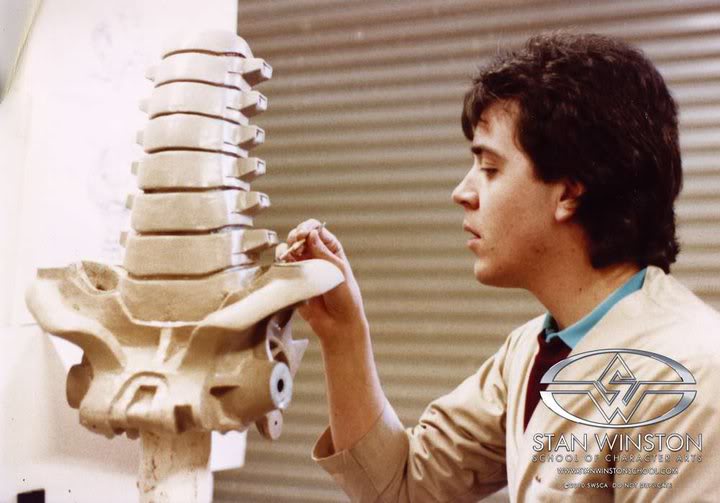 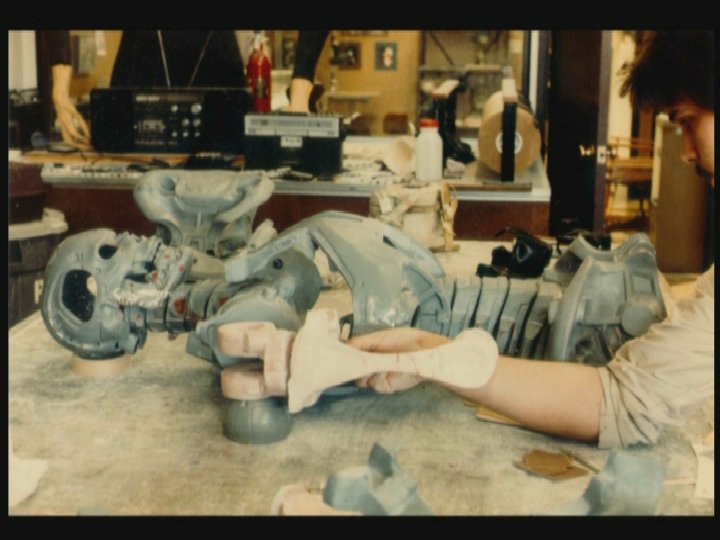 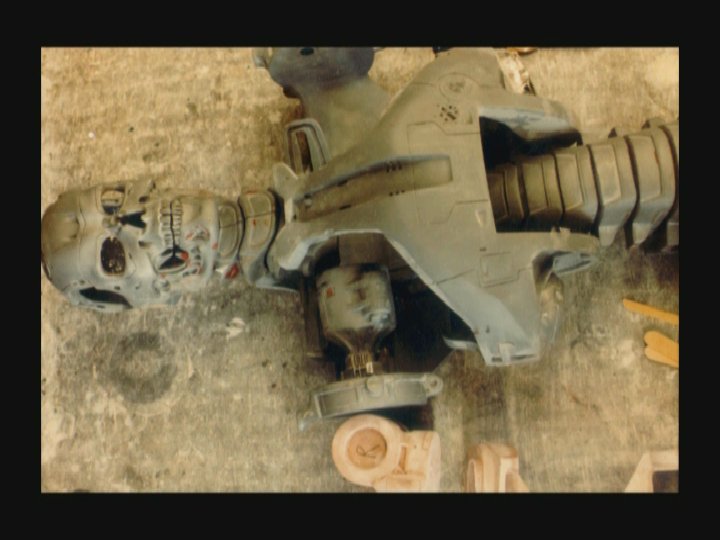 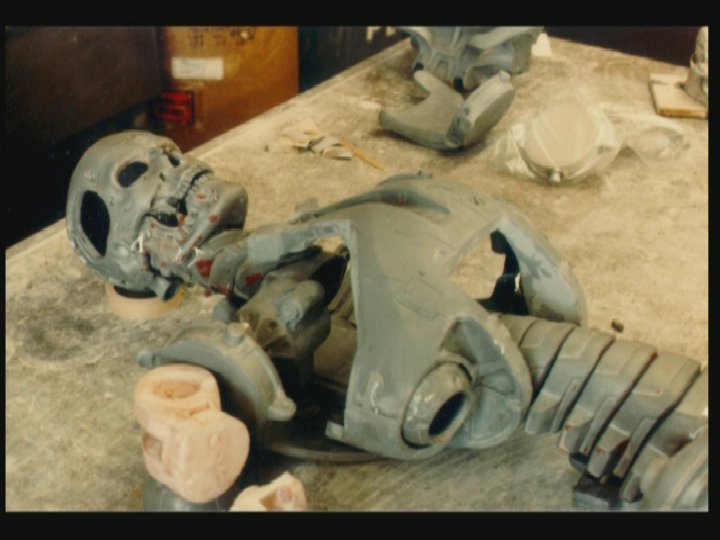 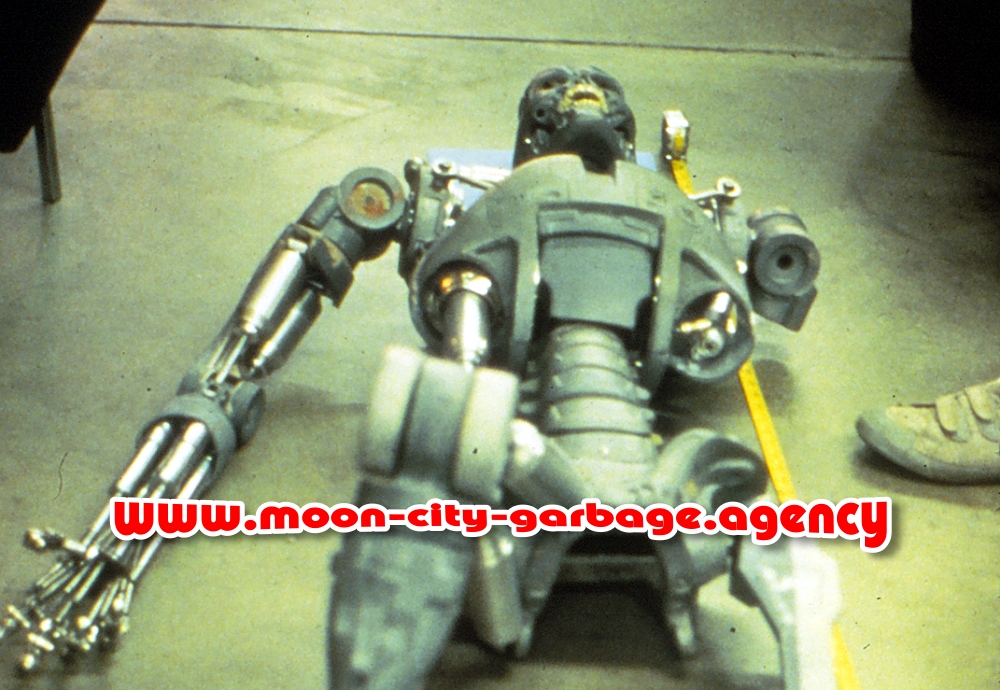 I found the site I was looking for. Turned out to be Jaz Creations' site. Lot of great info on there.

Our chance to share with you all our old and new projects. Great gift ideas for the fans.

That chest greeble reminds me of a zerk fitting/grease fitting. Look for the straight drive/drive in/press fit type, they have a round base, instead of the more common hex. 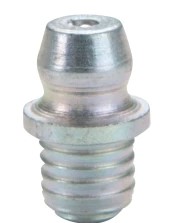 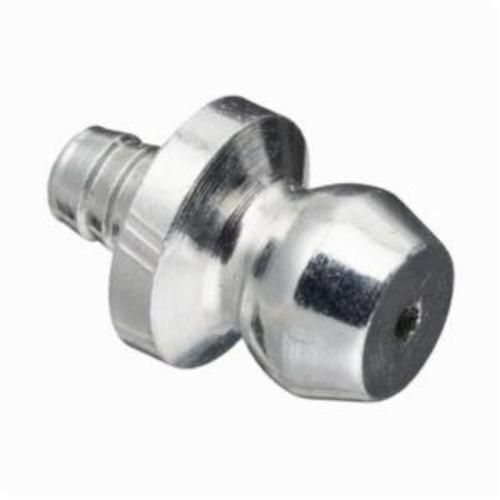 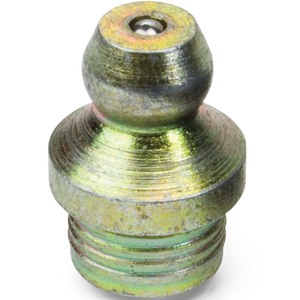 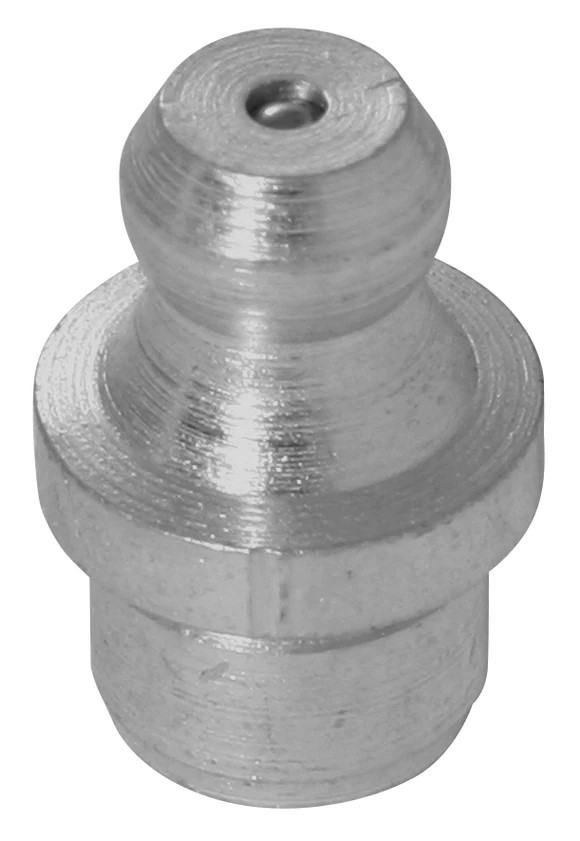 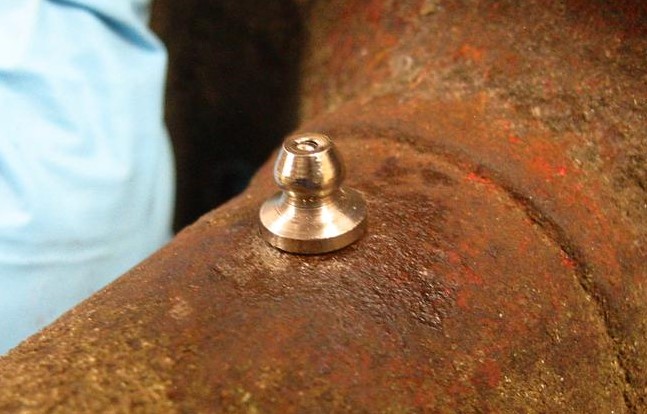 Awesome. I think RogueSkynet mentioned those in his metal build. I just wasn't able to find any with round bases, so thanks. I'll keep searching.

The Terminator said:
You really ought to get it 3D scanned. Sort of like this: Limited Run - 3D Scans of 150+ Star Wars Confirmed Donors

The Hasegawa 1/8 Le Rhone model kit-part is also part of the M1 skull, I could 3d model it and you could get that 3D printed.
Click to expand...

Well. Got permission to scan my kit. So at least that's secured.

I may take you up on that eventually, in case I start scanning this beast.

Worked on some models of the pistons based on rough measurements off the LFS kit. Will refine things later once I get the calipers working again, so I can get it down the the millimeter. The three first models has the angled lip down at the bottom be too long - it needs to be the same as the thin ones, and I need to add some angling at some of the indents, instead of just going straight in. It may just be an artifact of the molding and casting process softening those corner edges or it may be the way they were sculpted, but it's on the kit, so I'm going to replicate it like that. 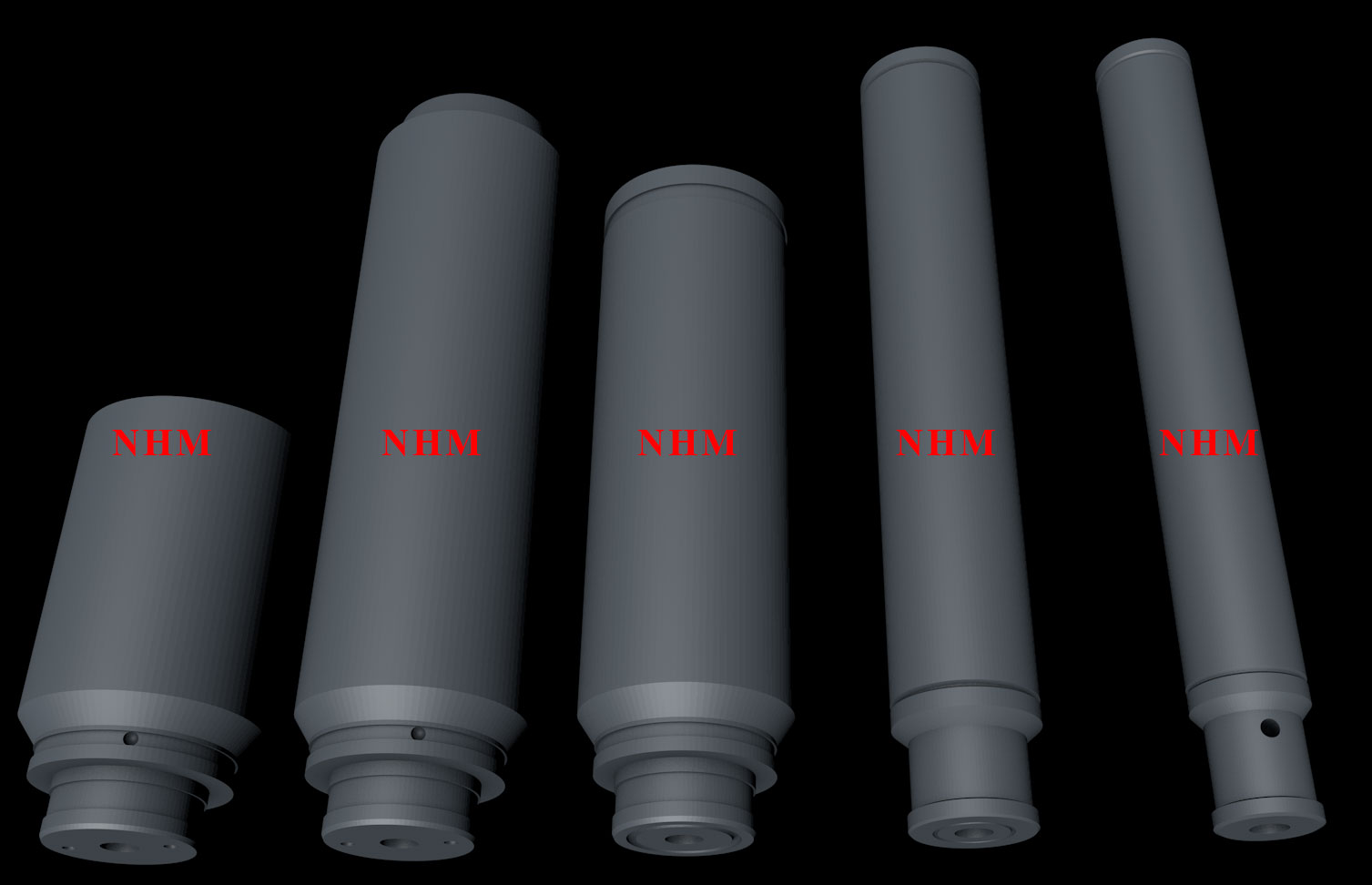 Working on the Terminator Endoskeleton jaw pistons. There's a major difference between the M1 and the LFS version. Since M1 scratchbuilt many things for their kit, I'm sure they created the jaw pistons as well.

It's a WIP, so some of the parts on the M1 piece hasn't been scaled correctly, such as the thin rod and the two interlocking sections at the bottom.

M1 on the left and LFS on the right. 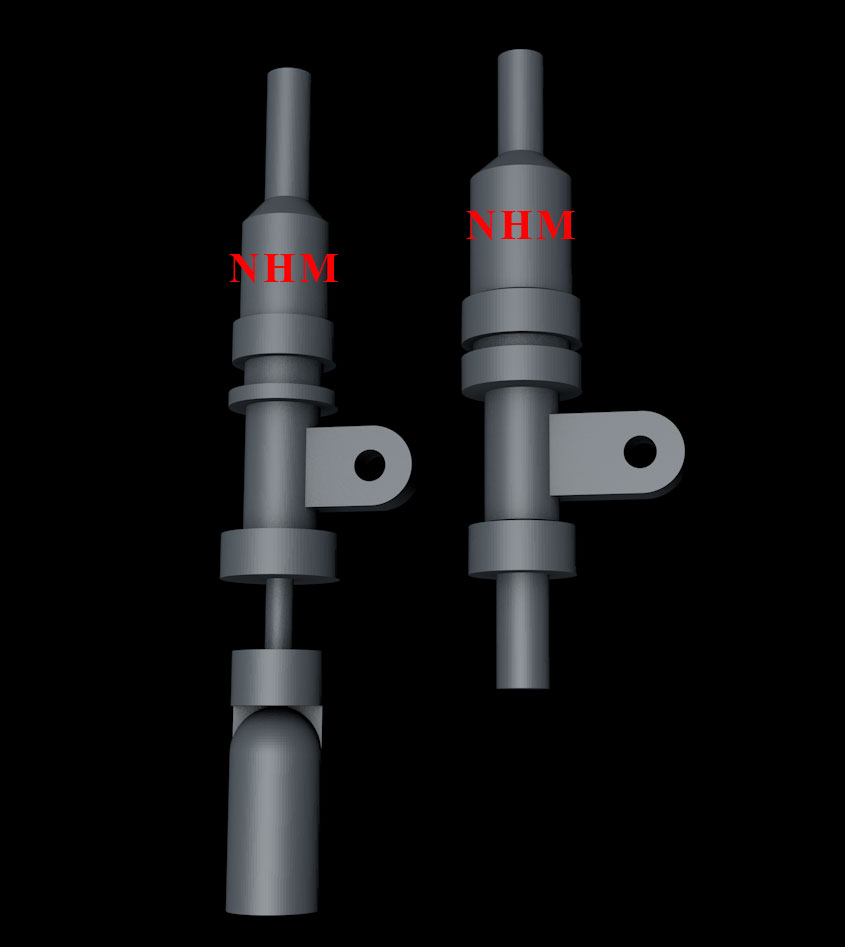 RPF PREMIUM MEMBER
Interesting. I never picked up on that. Love what you’re doing. Gives me inspiration to push forward on mine. Oh and I’d love to see you scan your kit. For future prosperity it would be great reference.

Yeah, I refined the LFS one a bit as I remeasured everything. Of the two top protrusions, the top one was a little thicker and the lower one came out a little thinner, but there seems to be a clear difference between the jaw pistons.

M1 left - newer LFS with the most extreme version of the lower top ring in the middle - original LFS model right. 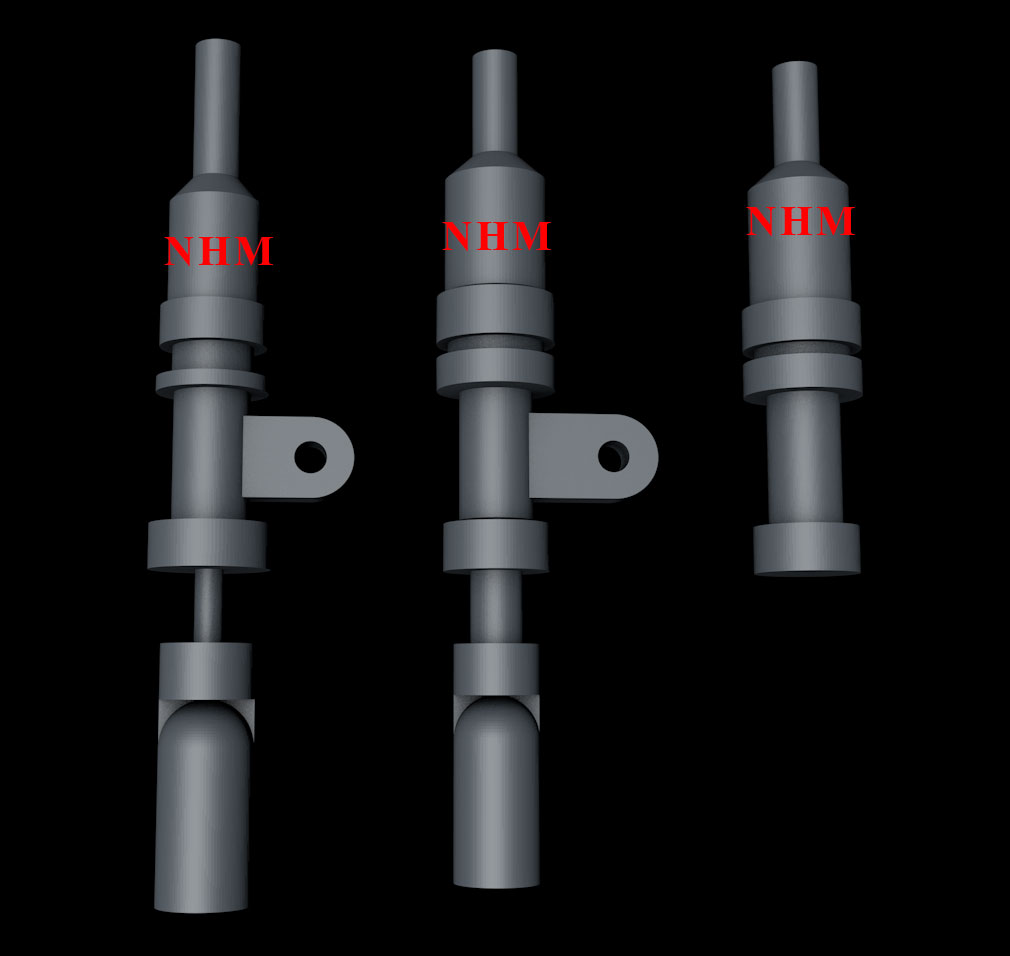 I've only found the LFS version on some endoskeletons, though I don't really have that much reference showing them in great detail so more than I've found can have them. But the majority has the thinner version, some as thin as the M1 kit, others about half between the M1 and the original LFS version. So I guess both are valid. I'll also make the 3rd version, where the lower ring is a little thinner than LFS but not as thin as the M1 and then people can just decide on their own which to use.

Terminator 2 3D Attraction Store Window - Universal Studios Hollywood - though this one has a weirdly warped skull:

Community Staff
That is some serious dedication. The very thought of the amount of work involved there makes my head hurt!

Did a new piston. This one was the most difficult because I got caught up in recreating the details inside the hole on the side - an area that will simply be filled up with a piston oil hose, so completely unnecessary to recreate. I will have to stop myself from doing detail work on areas that will never be seen.

Anyway, here's a line-up of all the pistons + the LFS jaw piston. 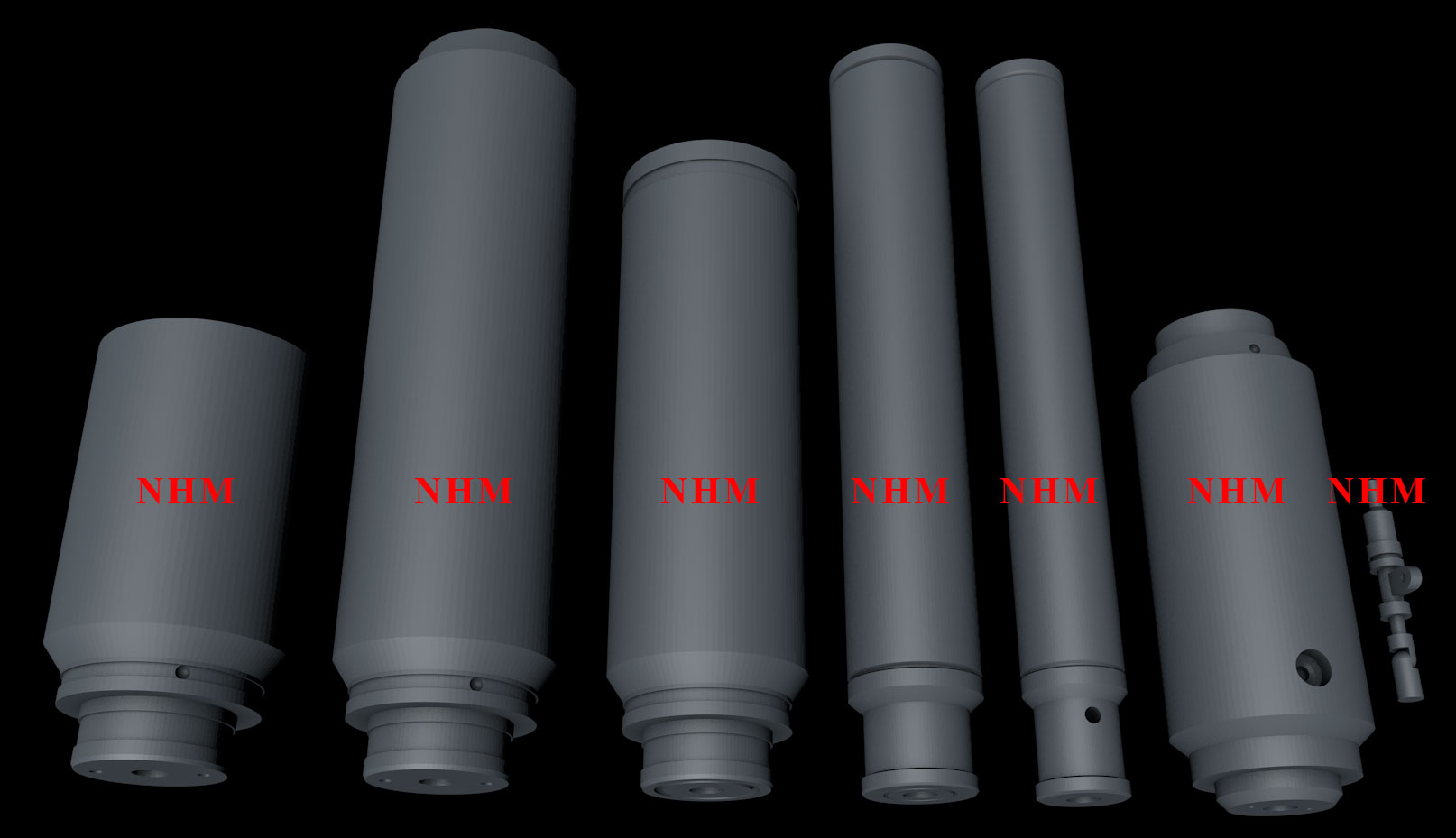 RPF PREMIUM MEMBER
Superb work Carsten. Your attention to detail
Is unparalleled. The Tomenosuke Endo is probably my favourite next to the full T1 Endo. It features some parts from T1 also,like the shins. I love this pic of it during the filming of T2. There’s also a heap of pics of it from a show in Japan a couple of years ago. I’ll try to find them. 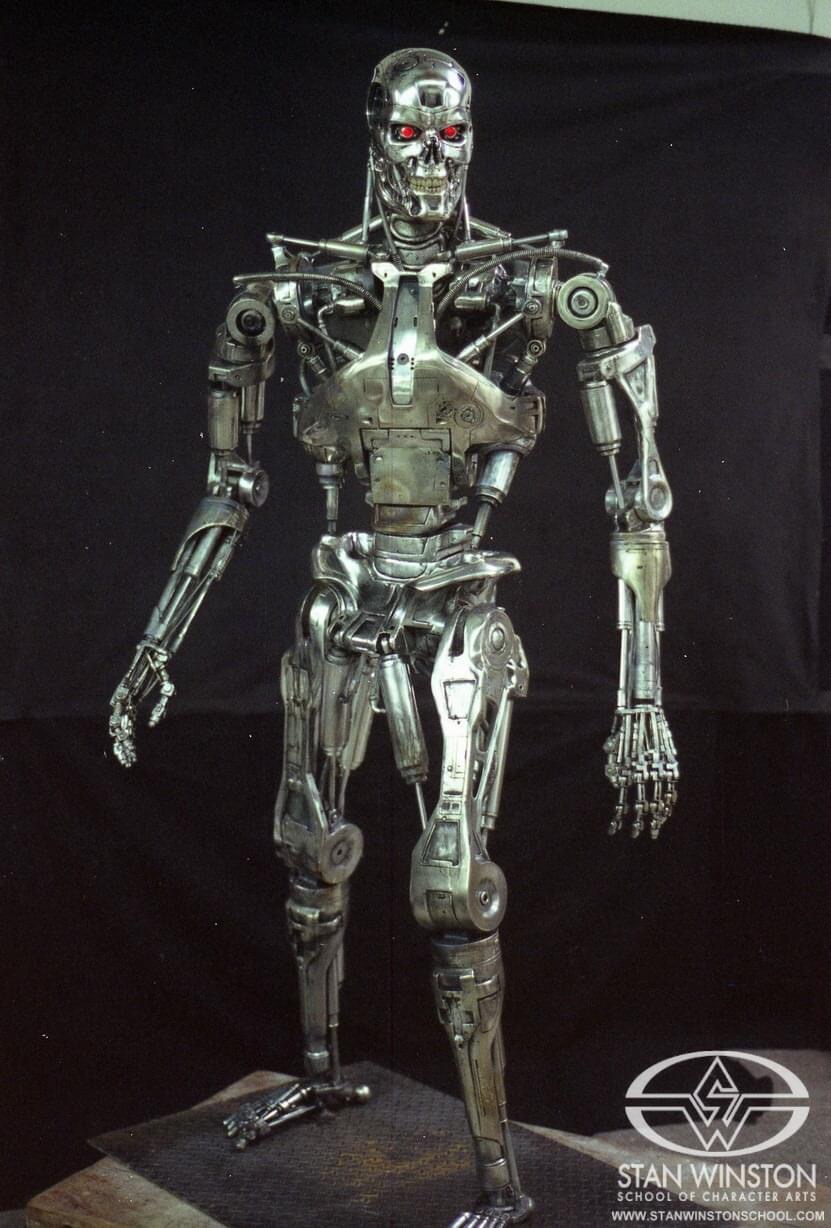 Oh WOW, I've never seen that before. Thanks for sharing it. I think I'll compile all the endoskeleton pictures I've gathered over the years and upload it to dropbox in a zip file.

The skull is definitely T1 style as well. The chip port has the indented hole instead of just the ring cut-out and the slight angling in of the surface at the left rear cheek-bone part beneath the temple opening, where the two dots are on the right side. The T2 does not seem to have that angling there, but seems to have been sanded flat all the way down. The triangular design at the bottom of the nose is also sharp, whereas the T2 is soft. I'll see if I can find a picture showing this.

One more piston done. I'll go over the earlier ones to make sure they are correct.

Some of the tops may also just be pouring sprouts, so I'll probably remove those. I'll post some pictures of the kit parts to get some feedback on that. And have been wondering whether I should let the hole go all the way through the pipe? 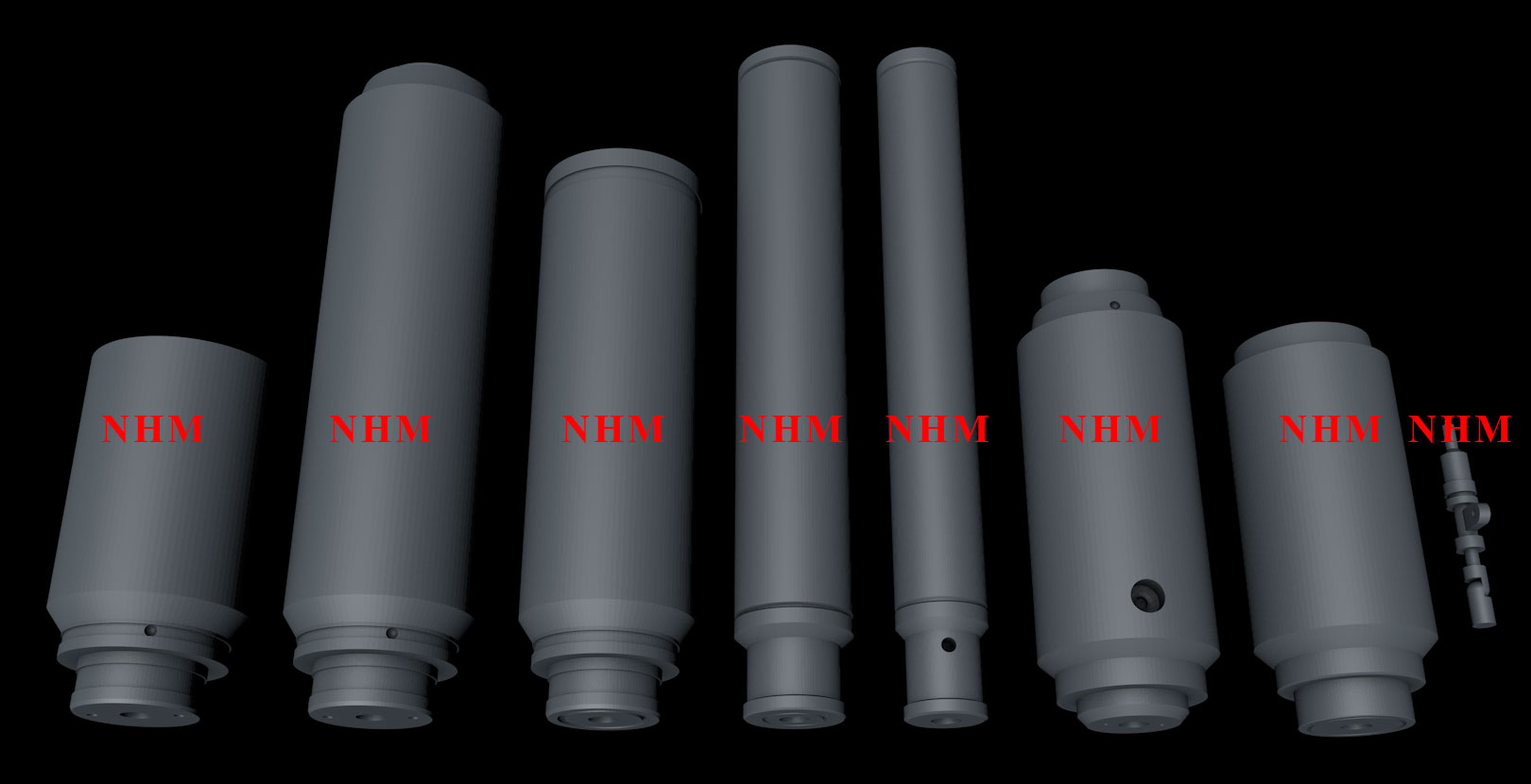 The next bit of the jaw piston is actually a little difficult to create. It seems deceptively simple, but there are lots of beveled and rounded edges that overlap in ways I'm not sure I can replicate easily. It will take some thought on how to approach it. Imagine... such a small piece being such a headache.

Unsure whether this works, and please always scan for virus before opening. Here's my available reference. Saved from online and here - please let me know if I should remove the link or any of the pictures.

2 more pistons done and 4 more smaller ones to go.
Will check piston 1-5 soon. 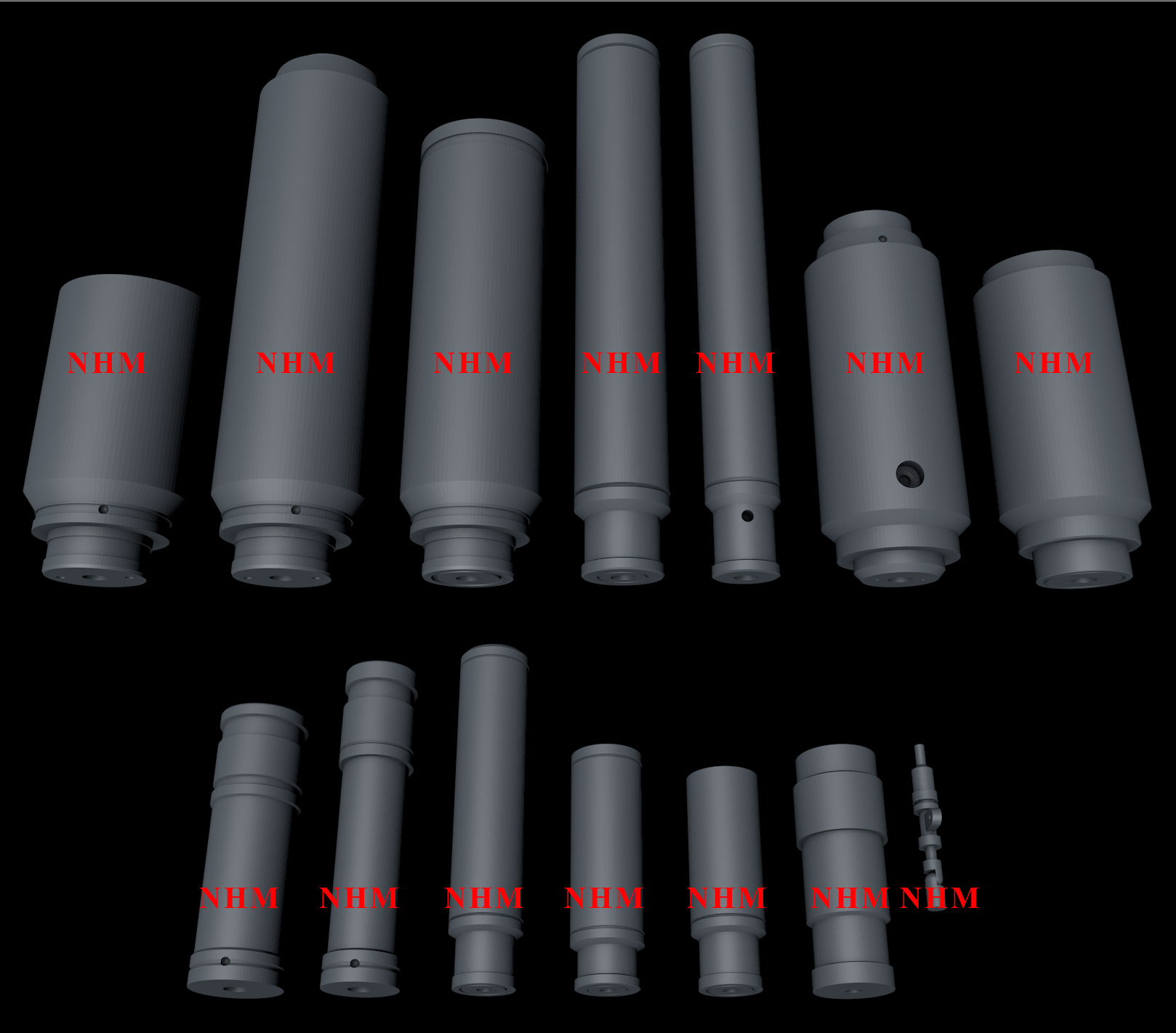 I wonder why they changed the angle of the heel for the T2 endoskeletons. The T1 version had the foot much closer to the ground and more anatomically correct looking, whereas the T2 is a bit raised, giving it that look that it's walking in heels.

On the LFS endo you can see the underside of the heel piece having an angled cut-off up the stem. I wonder if they cast the foot and heel section in separate pieces and then perhaps glued the heel part on upside down, giving it a steeper angle away from the foot piece. Hmm.

Too Much Garlic said:
I wonder why they changed the angle of the heel for the T2 endoskeletons. The T1 version had the foot much closer to the ground and more anatomically correct looking, whereas the T2 is a bit raised, giving it that look that it's walking in heels.

On the LFS endo you can see the underside of the heel piece having an angled cut-off up the stem. I wonder if they cast the foot and heel section in separate pieces and then perhaps glued the heel part on upside down, giving it a steeper angle away from the foot piece. Hmm.
Click to expand...

Perhaps they wanted to make it taller??

A bit weird place to do that when they could just add the height at the mid-section fastening the torso to a higher vertebra piece.

Though, looking at the T1 foot... there seems to be fewer rods under the foot, going from the piston section to the heel piece. Maybe the change was done to add strength.

T2 foot - for some reason I often see them taking pictures of the foot piece lying upside down, but in this instance it is a bonus as you see the added rods. I can't seem to see those on the T1 feet, though I admit I have very little reference clearly showing that part. Even the Japanese endo pictures doesn't show that area clearly: 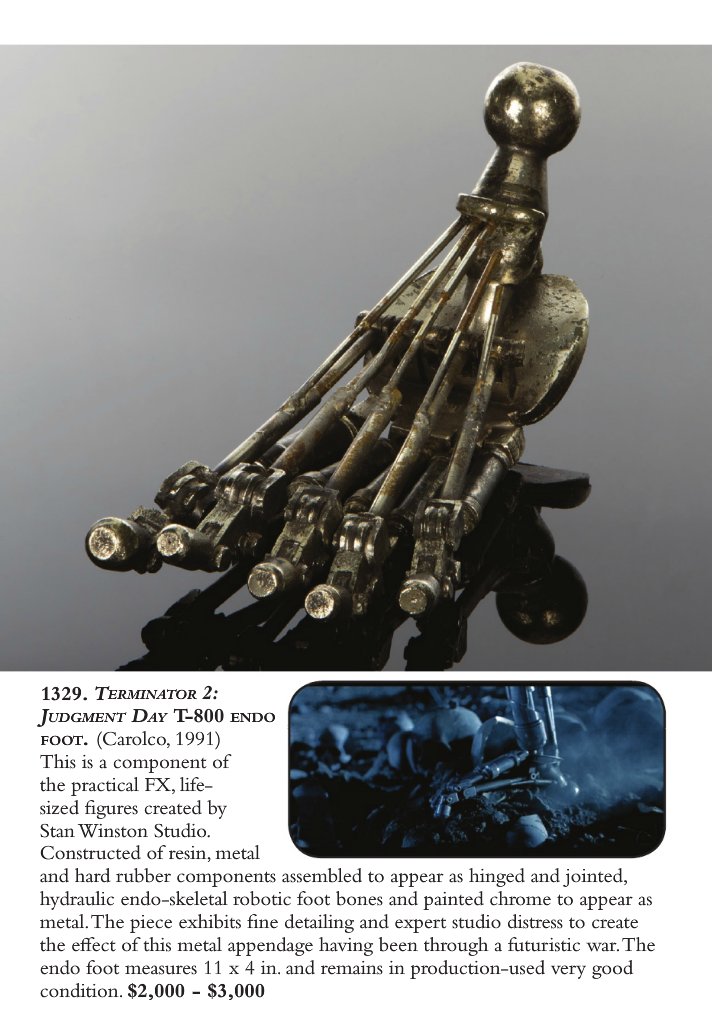 And I really shouldn't be looking at T1 endoskeleton pictures right now. The pistons all look different.