But Reva seems... out of place? The portrayal is not refined or professional, the way you would expect a Jedi now pseudo-Sith to behave or act, especially with dark side force powers at their disposal.
Click to expand...

Yeah I'd say it's at least possible this Grand Inquisitor is not the same one we've seen. Could explain the difference in appearance besides artistic license of the cartoons or even simplification of the live action Pau'ans we've already seen. Otherwise, it's pretty goofy to "kill" him off unless they're banking that most haven't seen Rebels. Unless he has regenerative abilities, he should be dead, as nonsensical as that seems to be. If they later have him recovering in a bacta tank, well then I guess Qui-gon and anyone else that have been stabbed by a lightsaber simply didn't receive adequate medical care. Lol! And totally agreed about Reva. I can't tell if the actress is just not very good or the character was just written in an awkward, cringy way and she's just trying too hard to work with what she's been given.

RPF PREMIUM MEMBER
I couldn't believe it when Ben asked Leia how old she was.

Still liking it, but this made me laugh. 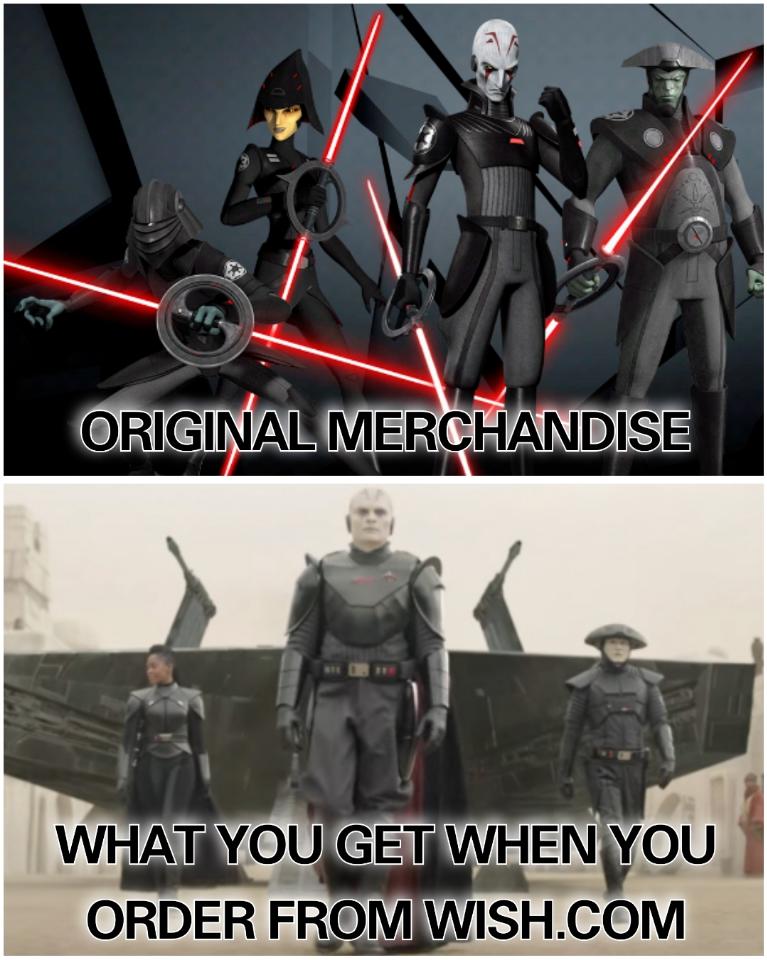 Is it just me or was Leia trying to absolutely give them away in the street sequences? 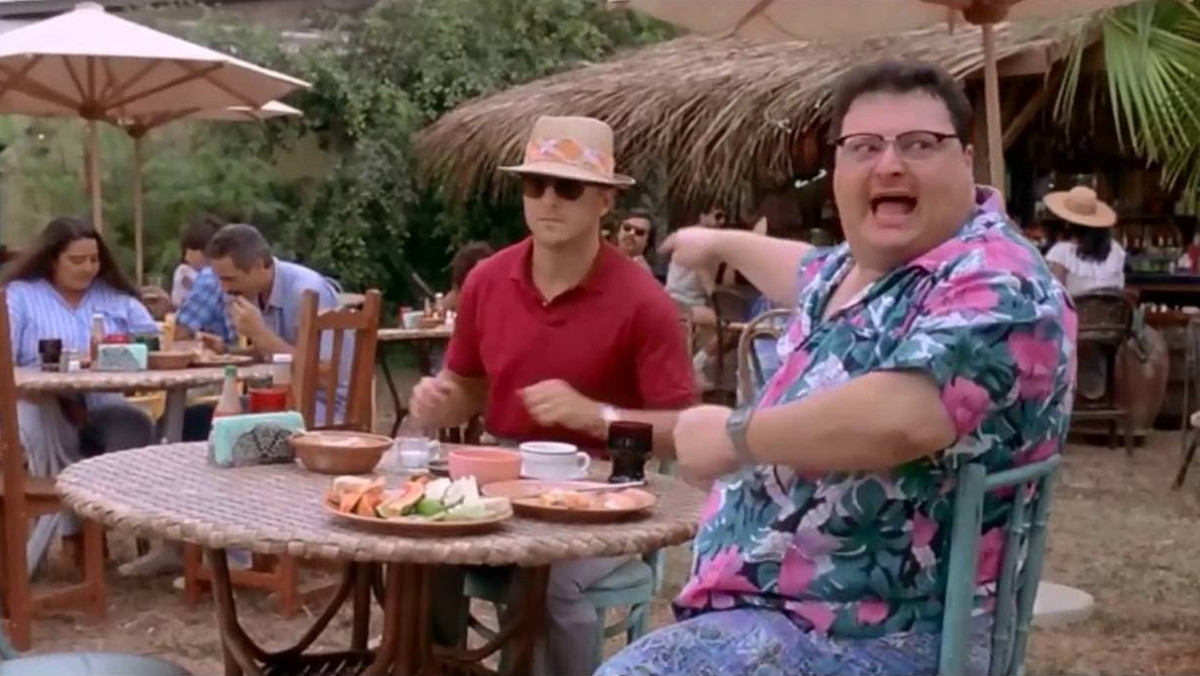 But Reva seems... out of place? The portrayal is not refined or professional, the way you would expect a Jedi now pseudo-Sith to behave or act, especially with dark side force powers at their disposal.

And it DEFINITELY feels like a TV show, where it could have been trimmed/edited for better flow and less baggage.

But really, we are NOT here for little Leia or Owen or even little Luke, right? We want to see Vader and Kenobi interact. And threading in Reva's desire for power and (probable) ultimate redemption is fluff, without a compelling character.
Click to expand...

Speak for yourself. After Carrie got short shrift in the sequels (aka, Abrams saying she was going to be a bigger focus of the third) I'm ALL IN for young Leia's misadventures.

benhs1898 said:
There it is. The pretentious complaining I was waiting for. I'm out.

I agree. That was totally uncalled for.

RPF PREMIUM MEMBER
Speaking of young Leia, I heard it said elsewhere & I have to agree, this de-aging tech just gets better each year.

Is it me or does the inside of Flea's freighter look like a redressed Razor Crest interior?

Wait until you hear about the nu-Klingons...

I shouldn't, but I will.


Issue with the Reva character are basic acting class 101, minus what I didn't see happen being licking your lips and talking out the side of your mouth,... never do crazy eyes, utilize projection and annunciation with dialog delivery, play to the camera (the viewer) to not make the camera chase you...
As terrible as this sounds, it's as if this actress was pulled in cold with no rehearsal, no script read through, no prep, one take moving on... Her dialog delivery sounds like someone in a supermarket scolding a child for opening cookies while having a conversation on the phone. Just bad all around. For example listen to the dialog delivery by Owen, there is a story in inflection. Ewan studied Guinness' dialog from different eras of his career and that info has been pointed out officially. It's almost as if it's a dig at the performance of the Reva character.


If I have to nitpick, it would be the cinematography. It's janky and clunky at times and too open and revealing at times. Hindsight is 2020, and 2020 was a rough time. Makes me wonder what was fixed in post with editing, cropping and such.


If I recall and I may be wrong, the Obi Wan opening and Mandalorian flashback scenes were filmed at the same time. Along with that, for now, cameo overlapping with the BofBF filming. Overlapping flashbacks and cameos likely are not done yet. Just stating the obvious, no spoilers, I know nothing I see nothing.

If Obi-Wan's purpose is to watch over, protect and eventually train Luke it would make sense to stay sharp in the ways of the force/Jedi arts. In pretty much everything you're far more effective as an instructor if you're still in the game, training on a daily basis and never stop learning. He'd also be far better at protecting Luke if he's on point.

Kenobi is trying to stay hidden but there should be some middle ground between not drawing attention and keeping himself at his peak mentally, physically and strengthening his abilities with the force. I get that he's broken and traumatized but perhaps his failure with Anakin should strengthen his resolve to be the absolute best he can for Luke. Maybe we'll see that at some point.
Last edited: May 28, 2022
M

firesprite said:
Using the Force as Obi-Wan and the Jedi do is a SKILL. They're taught how to do it from a very young age and using it frequently when the Jedi were still around helped keep their skills strong.

If you don't use a skill, and in fact have serious PTSD/trauma around the nature of a skill, you're not going to have an easy time using it again.

I am very, very good at my job, for example. But if I take 2 weeks off, it's not uncommon for me to come back to work and need a good hour or two to remember how to do all the things I'm extremely skilled at.

Now imagine ignoring a skill as nuanced and challenging as using the Force. For TEN YEARS!

It's not that unexpected that he's struggling.
Click to expand...

Muscle memory is formed from doing repetitive motions until you can do said (skill) without thinking about it.Obi-wan has been using the force for how long,I think Jedi could use the force to do a lot of things without “thinking” about it.One of the Jedi codes was there is no emotion only peace,or something close to that. I don’t buy the PTSD,if true poor master Yoda would be a shell of a “person”.

I don’t know your job but I’m glad your not a surgeon.

RPF PREMIUM MEMBER
The roof top parkour was lame. Lame because it was choreographed poorly. There was one point where she swings around a box she could easily hop over. Then at the end instead of just jumping down and sticking the landing she has to do 15 little hops down. Mace Windu would not be impressed.

You don't have to do a lot of action or complicated action. Just make it smart at least.

Getting a serious Michael from NuTrek vibe from Reva. Loved little Leia. Wish we had an actor of her talent to play young Anakin back in the day. Gotta say ,didn't hate it. Wishing there would be more than six episodes. But I guess that would give them more time to screw it up , ; )

RPF PREMIUM MEMBER
When I saw Leia running I thought for a 10 year old she sure does run like a 5 year old. A hard sigh could probably catch up to her and knock her down.

Master Boda said:
Muscle memory is formed from doing repetitive motions until you can do said (skill) without thinking about it.Obi-wan has been using the force for how long,I think Jedi could use the force to do a lot of things without “thinking” about it.One of the Jedi codes was there is no emotion only peace,or something close to that. I don’t buy the PTSD,if true poor master Yoda would be a shell of a “person”.

I don’t know your job but I’m glad your not a surgeon.
Click to expand...

Well, gosh, not everyone can be Billy Badass and master a skill after being shown once and retain said mastery indefinitely like you apparently can... some of us are mere mortals.


Also, a solid argument could definitely be made for Yoda being just a shell of a person after order 66.
M

WOW what is with all the droidism in this thread,not one person has said how awesome it was to witness the glorious return of the Ewok God C-3PO on Alderaanian.Thank the maker!
M

firesprite said:
Well, gosh, not everyone can be Billy Badass and master a skill after being shown once and retain said mastery indefinitely like you apparently can... some of us are mere mortals.


Also, a solid argument could definitely be made for Yoda being just a shell of a person after order 66.
Click to expand...

LOL no Billy Badass here,I am a lover not a fighter.It takes decades to learn one thing well I agree.Although I said nothing of “being shown once and retain said mastery” those are your words and thoughts not mine as I did not say them.

I will enjoy the series for Darth Vader no matter amount of screen time.A argument for Yoda could be made but that would lead to a dark path,let us stay on the path of the light.

RPF PREMIUM MEMBER
So… i rewatched it’s this morning, hoping to like it more. But it raised the same question for me

Is the “fake Jedi” setting obiwan up? Or is he really helping him?

That whole scene confuses me “well let’s get to him first” as he tells the little boy, he even pulls out a blaster

I thought it was pretty good. My only question is why doesn't young Luke have sandy blonde/brown hair? Kid looked totally brunette to me.