Psab keel said:
An actor's job is solely based on bringing the written word to life. There's just some writing that even the most gifted actors can't emote without it sounding awful. If their dialog or motivation makes no sense, or if it conflicts with the rest of the story that's on the script. Not them. That's why it's important to criticize the writing above all else. Generally speaking, hating on actors for a terrible script misses the point entirely.

I'm already cringing at the hate Moses Ingram is going to get because it will be totally undeserved.
Click to expand...

People also confuse the director for the writer and will often blame a director for bad writing even when the director didn't have any involvement in the writing at all. Sometimes directors work closely with the writer(s) to craft the story in pre-production while other times the script is already done before a director is brought on to the project. In cases like that much like with actors, the director can only do much with what's given them.

Riceball said:
People also confuse the director for the writer and will often blame a director for bad writing even when the director didn't have any involvement in the writing at all. Sometimes directors work closely with the writer(s) to craft the story in pre-production while other times the script is already done before a director is brought on to the project. In cases like that much like with actors, the director can only do much with what's given them.
Click to expand...

The producer(s) can also get a lot of the credit, or a lot of the blame depending on the film's success (whether they deserved it or not).

Rick McCallum "left" LucasFilm at the Disney acquisition and started his own production company in Europe. There is virtually no mention of him in Star Wars nowadays.

RPF PREMIUM MEMBER
Ultimately it always comes down to the writing. Some ideas suck. Some stories don't need to be told.
J

Good actors can get around some bad writing if the director allows it. They ad lib. I tried watching the prequels again, and it is just painful. Christiansen is awful.

A major factor of wooden and dead behind the eyes performances in some films stems from non immersion on any level by an actor. Strip the basics away of an environment with only a green screen and crew all around there is nothing mentally left to work with. Some actors use props or are method while others utilize the surroundings. Even the most basic of theater productions have an environment, not just a green screen.

I also feel the need to add a little nugget of production environment VS green screen. When Disney went into early prep for the first Pirates of the Caribbean sequel it was one film with Davey Jones and the Fountain of Youth with David Bowie set to portray Davey Jones. The idea was that Disney profits would soar with green screen production of that film VS the practical environments and massive sets of the original film. Simply put they would prequel style produce the sequel. The prequels were continually brought up as how NOT to make a move from a performer's stance. In the end a bad performance can't be saved. Even the prequels had to cut and paste actors from different takes and scenes to make it passable. This all came up again with episode 7 and the sequel trilogy...

RPF PREMIUM MEMBER
He was incredible in Life as a House. If anyone is in doubt as to Hayden's talent as an actor I would urge you to check that movie out. It was released a few months before Attack of the Clones and I was super impressed by his range. I recall thinking he was going to be a good choice to play Anakin. An actor can only do so much with such weak material though and despite the few years I was a Prequel apologist, even then I knew he wasn't great in those movies. Then again none of the performances aside from Ian McDiarmid's were all that stellar but his was the best because his character's motivation was clear from the beginning so there was a lot for him to go on.

It's interesting how Ewan's biggest gripe with the Prequels was his aversion to blue or green screen and the conceptual void he and his fellow castmates were stuck floundering in. As groundbreaking as those films were technologically, it's clear the actors needed more to go on. I've worked on some very small indie productions where the lack of budget and lack of sets and environments made a huge difference to the performance we got from actors. When we shot on location for some of the later projects we did, just having a real location made all the difference to the actors being able to get in that headspace enough to buy into the script. The series was sort of a Twilight Zone inspired webseries and we shot in black and white. Between that style of shooting and not being stuck in the limited spaces we had available to us previous, we were able to take advantage of the historic buildings to use their old New England atmosphere to build the tension the script needed.

Acting may be pretending but as an adult we lose that ability to imagine the same way we could when we were children and if everything aside from your costume is missing, having to fill that in with your mind and hit your marks, and remember your lines, all while staring at a blank wall of green, I can understand why their performances suffer. Even when Harrison Ford described working on Crystal Skull he made a comment about how when he walked onto one of the main sets inside the temple towards the end of the film and he was in awe of the detail. To see a veteran actor respond that way proves how the efforts of a production can really sell the actor on what they're doing.
H

FastballSpecial said:
None of the actors deserved the backlash they received due to Lucas' subpar dialog in the PT. But it's great that actors like Hayden are finally getting praise from fans.

Hayden is a good actor.

I stumbled upon his performance in Shattered Glass while on a flight and he was great. Loved him in it. It really is too bad that after playing a high profile role as Anakin Skywalker in Star Wars, his roles seemed to have been focused on special powers cheeky action hero which often doesnt have a great script.

RPF PREMIUM MEMBER
I liked him is awake, and jumper too

I think it would be fun to pair Keanu with Christiansen...same kind of acting IMO

Riceball said:
Once again we get the old trope of someone trying to go unnoticed with a hood up when they're the only one around with a hood on and he'll probably pull the hood down more and turn his head when walking by any Imperials too. It's always funny when they do this since the people looking for this person never seem to notice the lone person with a hood on trying very hard to look inconspicuous.
Click to expand...

That was the first thing i said...sticks out like a sore thumb. I'm like, "hey, it's Marcus Brody...he'll blend in with all the locals"

joberg said:
I think it would be fun to pair Keanu with Christiansen...same kind of acting IMO
Click to expand...

The Surfer and the Whiner.

"I am the whiniest Jedi ever! 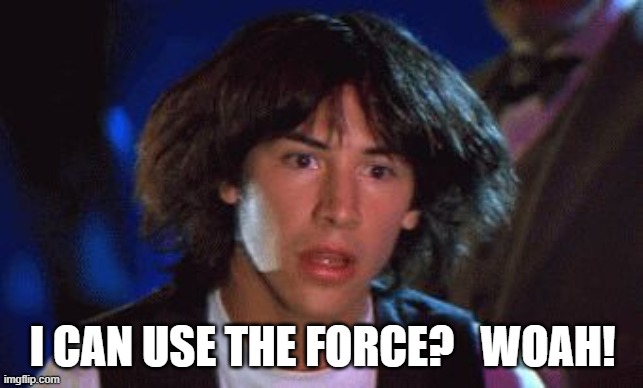 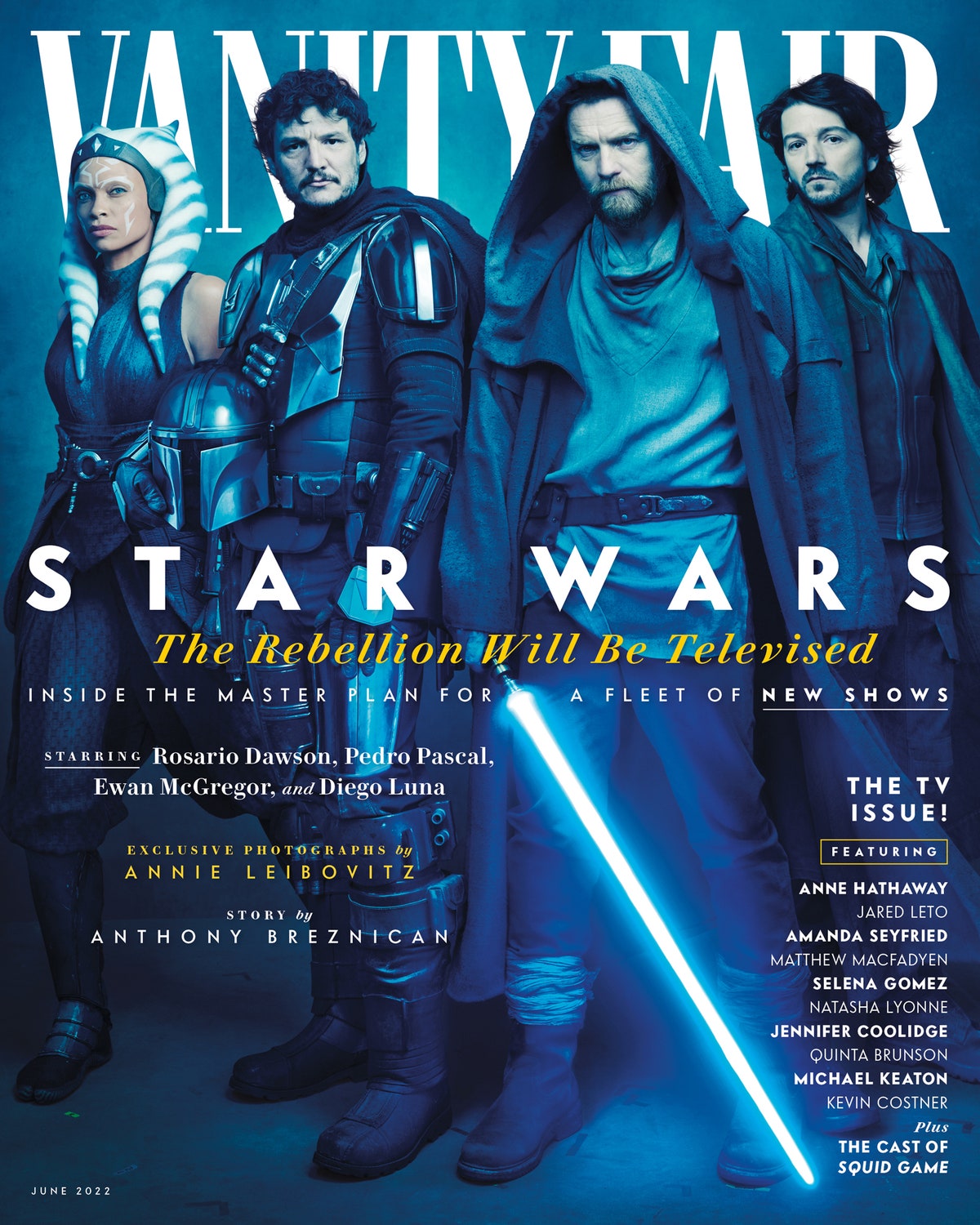 Vader looks great! Looks like a perfect mix of the clean look of ROTS with the AHN helmet.

Psab keel said:
[Hayden Christensen] was incredible in Life as a House. If anyone is in doubt as to Hayden's talent as an actor I would urge you to check that movie out. It was released a few months before Attack of the Clones and I was super impressed by his range. I recall thinking he was going to be a good choice to play Anakin.
Click to expand...

Same with what Jake Lloyd and Pernilla August had done before TPM.
I had to remind myself of them when Natalie Portman won an Oscar for Black Swan (that I hadn't seen yet myself), because I thought she had also sucked in the prequels and had difficulty believing that she was capable of an Oscar-worthy performance.
Last edited: May 18, 2022

RPF PREMIUM MEMBER
An actor can only do so much with the material as written, and if the director isn't keen on rewrites or ad-libs, it could only be helped along so much. Even the dialog in the OT was elevated with the help of rewrites, sometimes by other writers, sometimes by the actors themselves.

Kind of looks like Mando is over the whole ‘never remove your helmet’ thing.

RPF PREMIUM MEMBER
Some shots of the different inquisitor lightsabers: