RPF PREMIUM MEMBER
I cobbled this together, over this past weekend. This is a build of a “Stunt/Dummy” Laser Pistol from Star Trek’s first pilot episode, “The Cage”.

The prop was only glimpsed in the episode, most prominently in the scene where Pike throws two of the dummy props onto the floor of his cell, in anger. The prop looks very much like the “Hero” version of the prop but without the flip-up site, and site depression in the pistol casting, and no moving parts, including the adjustable aluminum rings. Rather than being cast from clear resin, and painted black, like the “Heroes”, the “stunt/dummy” pistol grips / rear ends appear to have been cast from white resin, based upon the white resin seen under the paint chipping exhibited in production images. 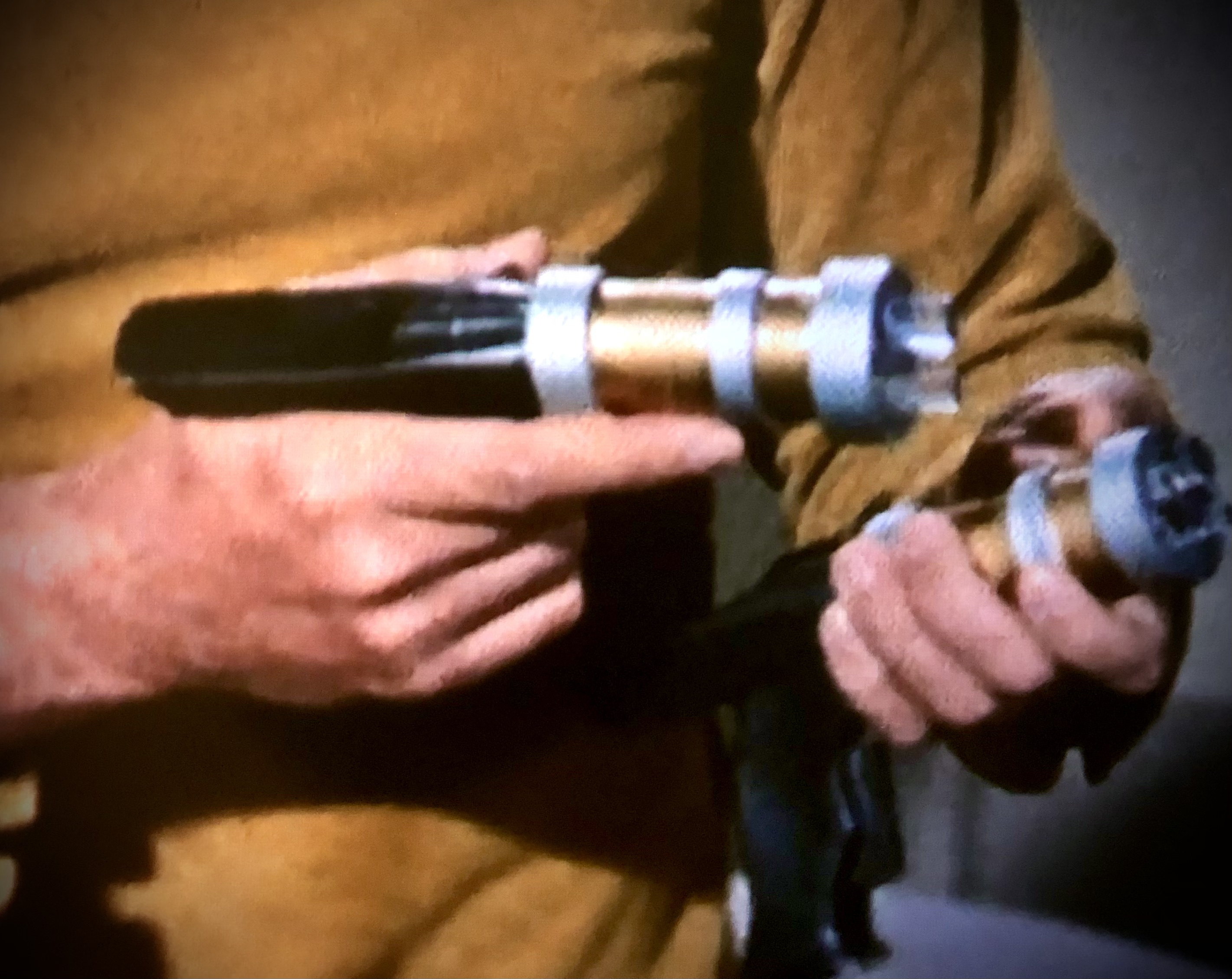 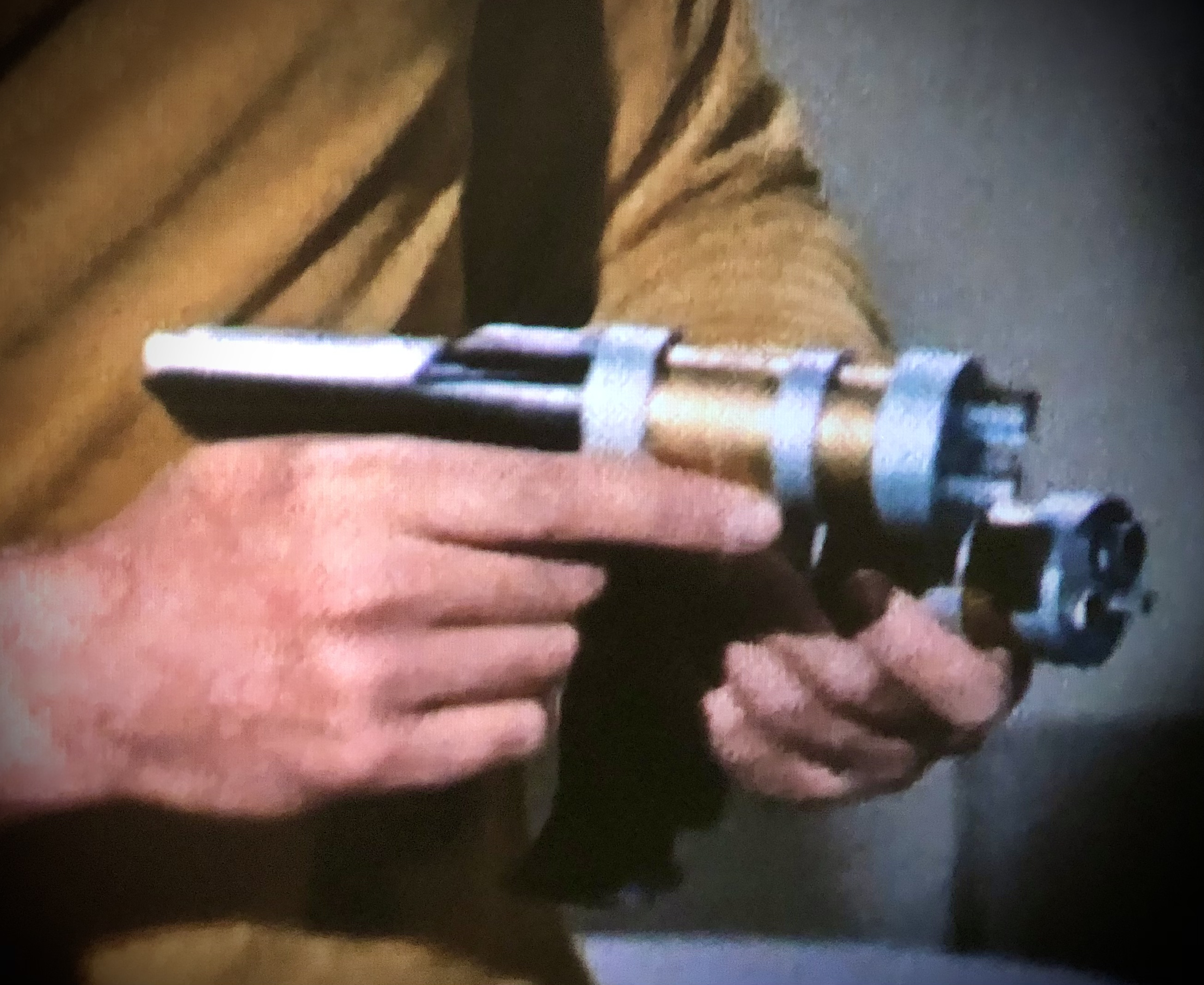 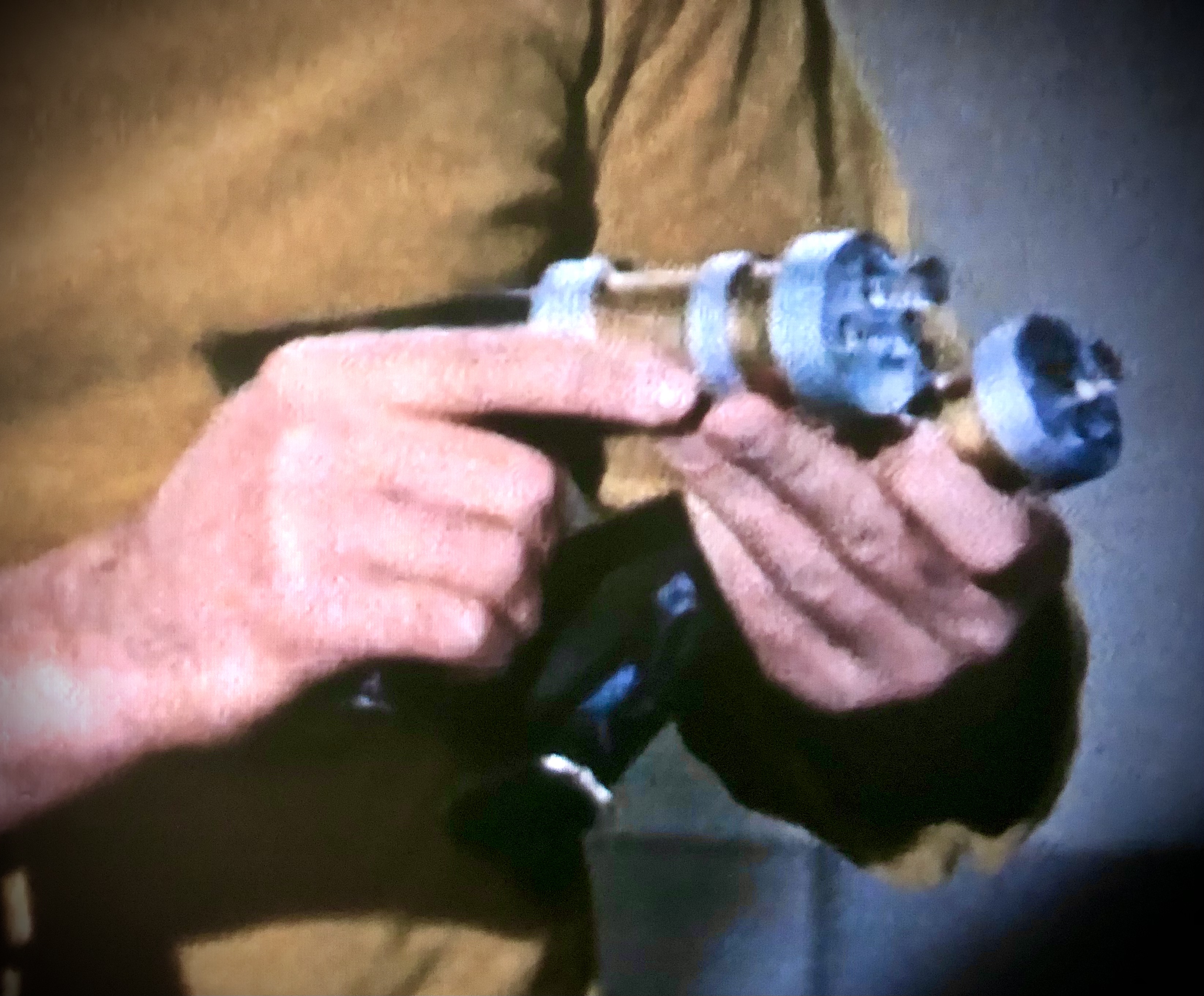 My build has been weathered and aged to approximate what one of these “Stunt / Dummy” Laser Pistols would look like, today, including rust and yellowed adhesive in the acrylic emitter cavities, patina on the aluminum and brass parts, and damage and paint chipping to the resin pistol grip / rear end. 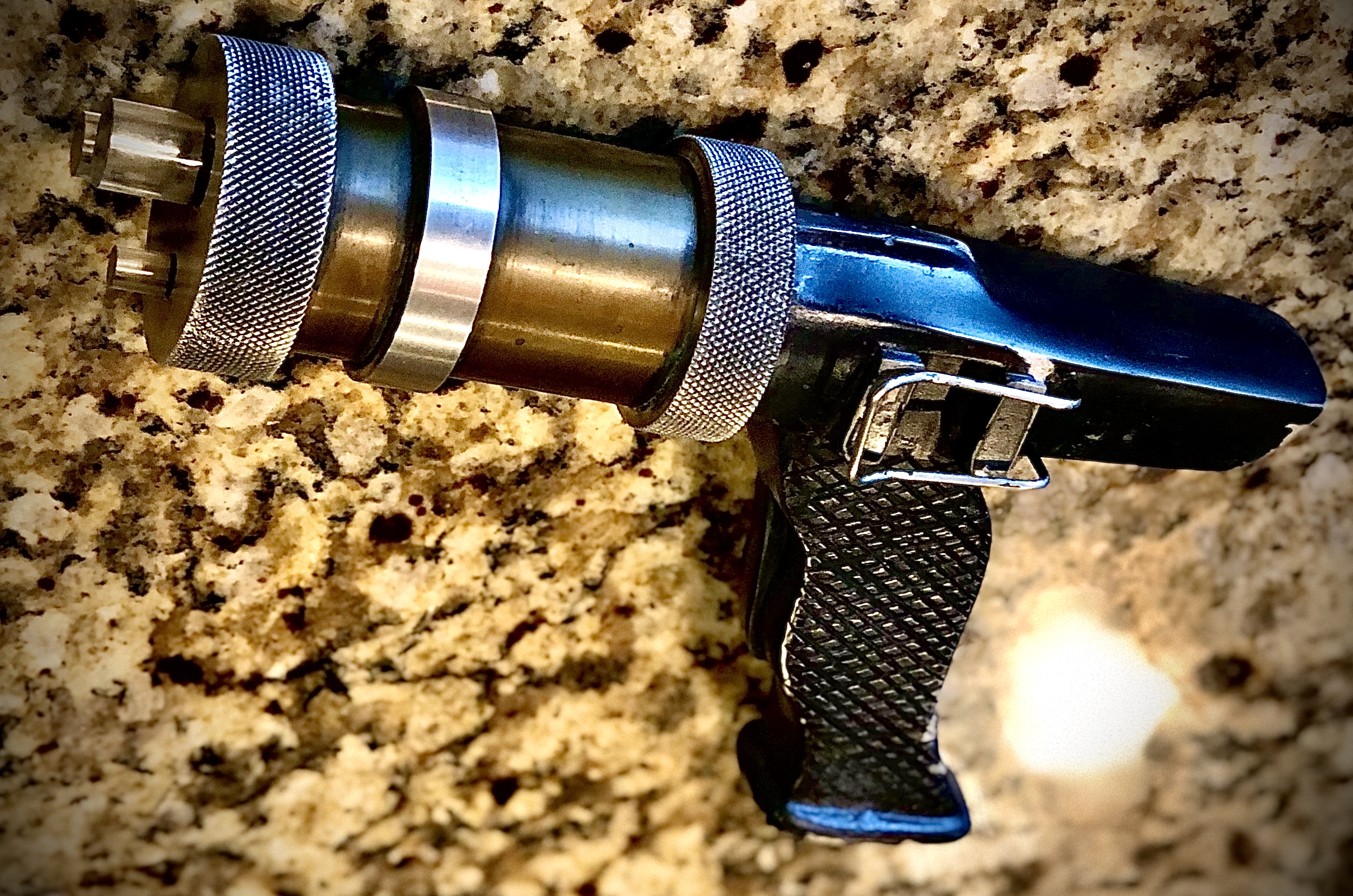 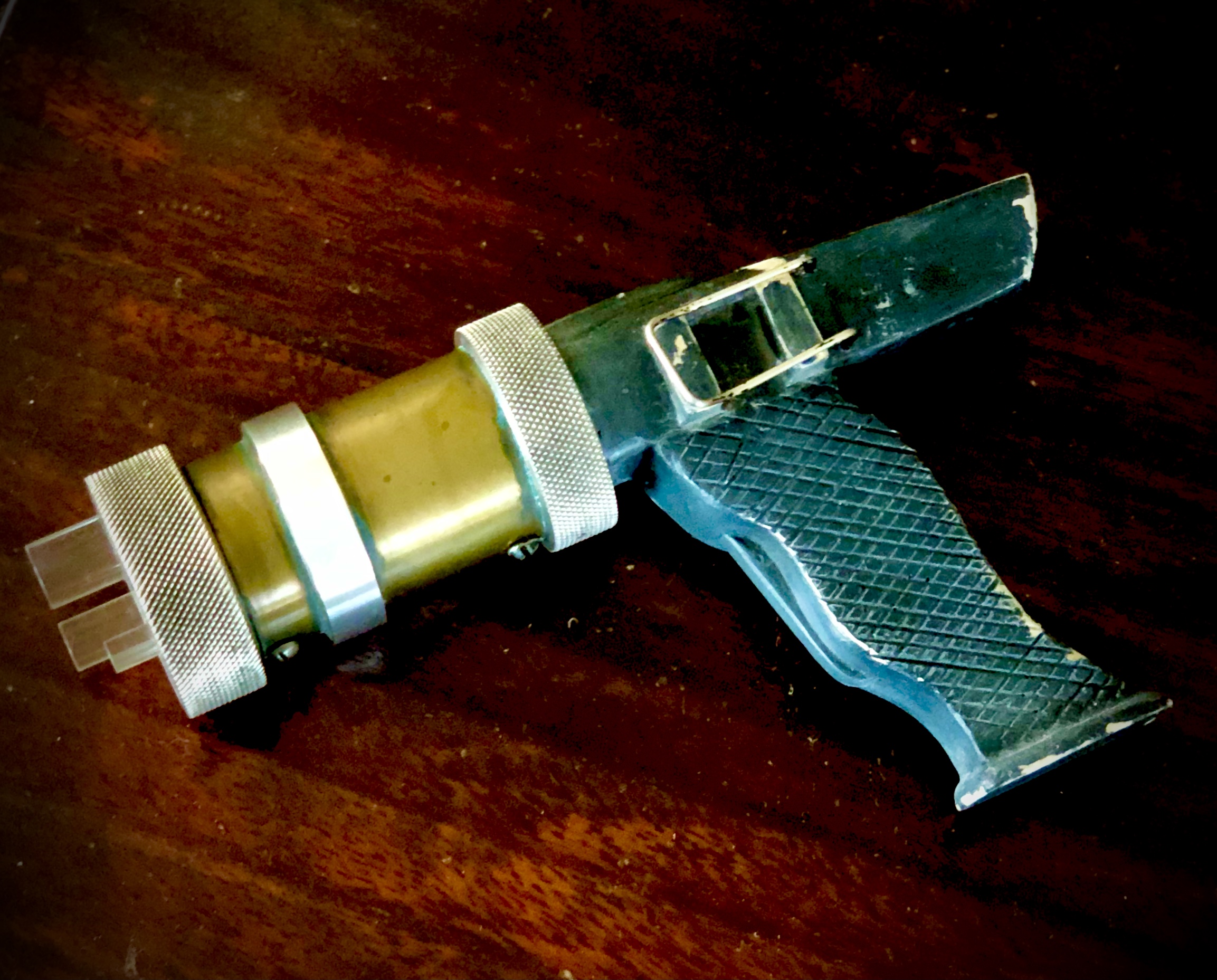 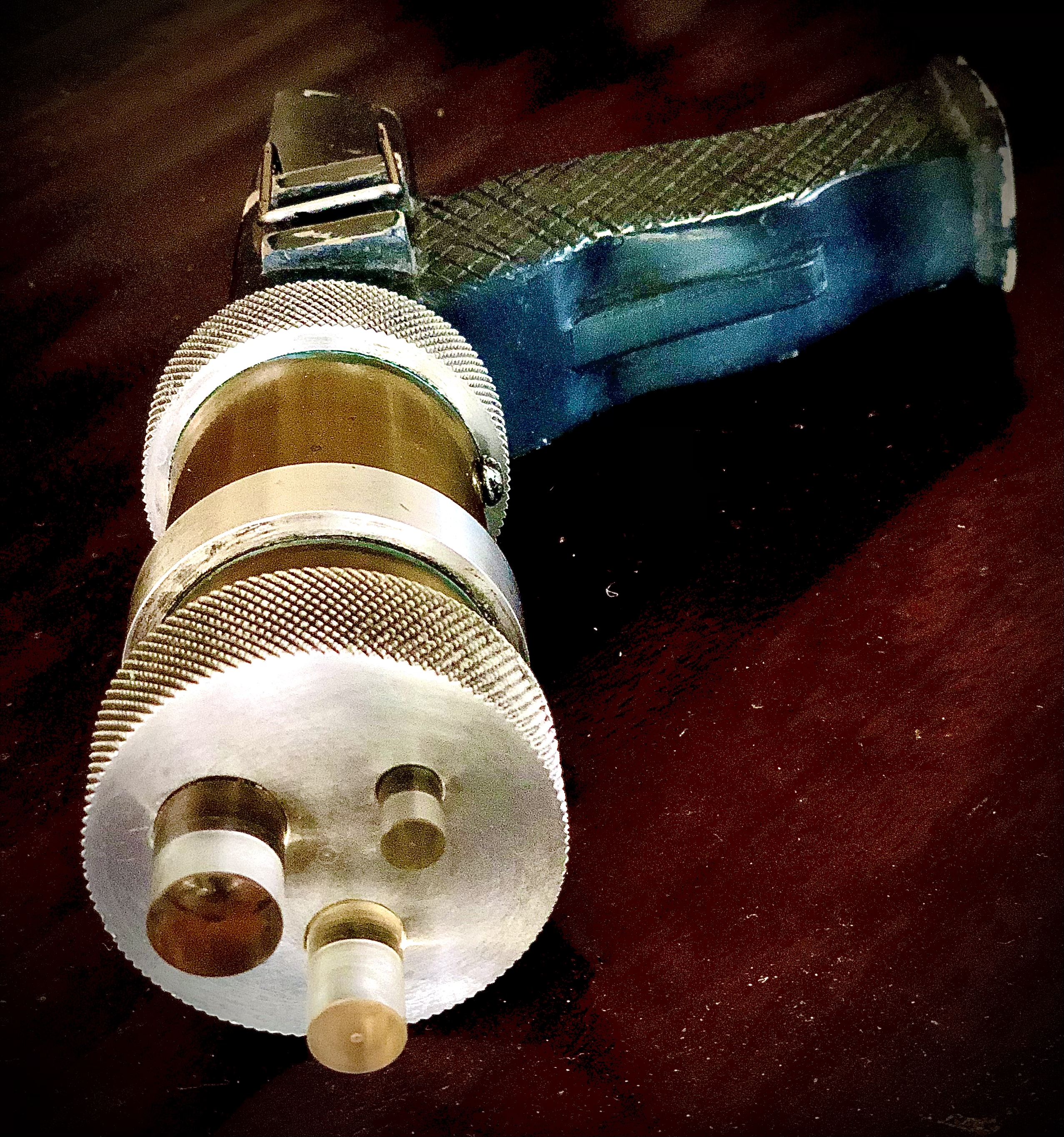 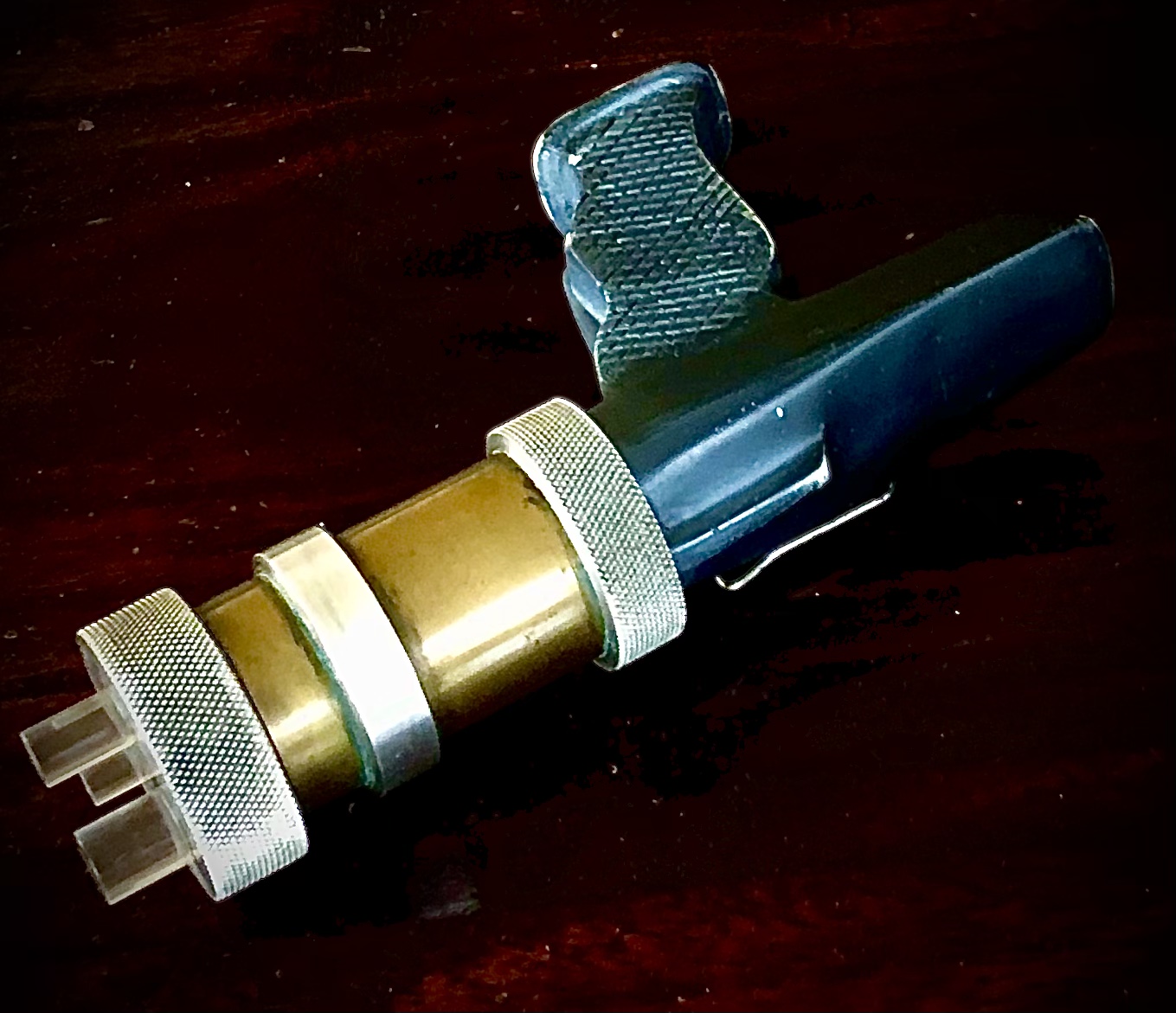 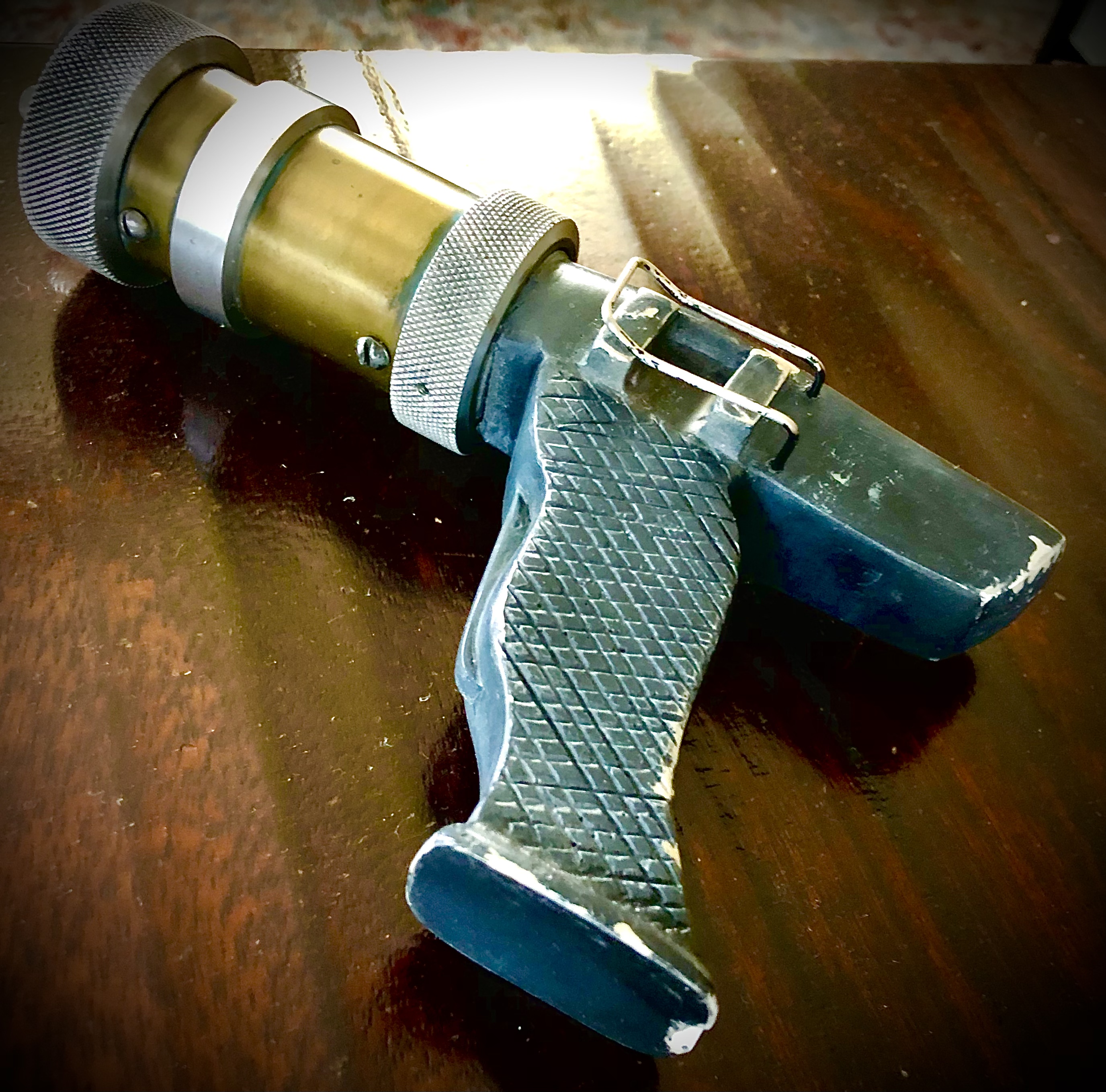 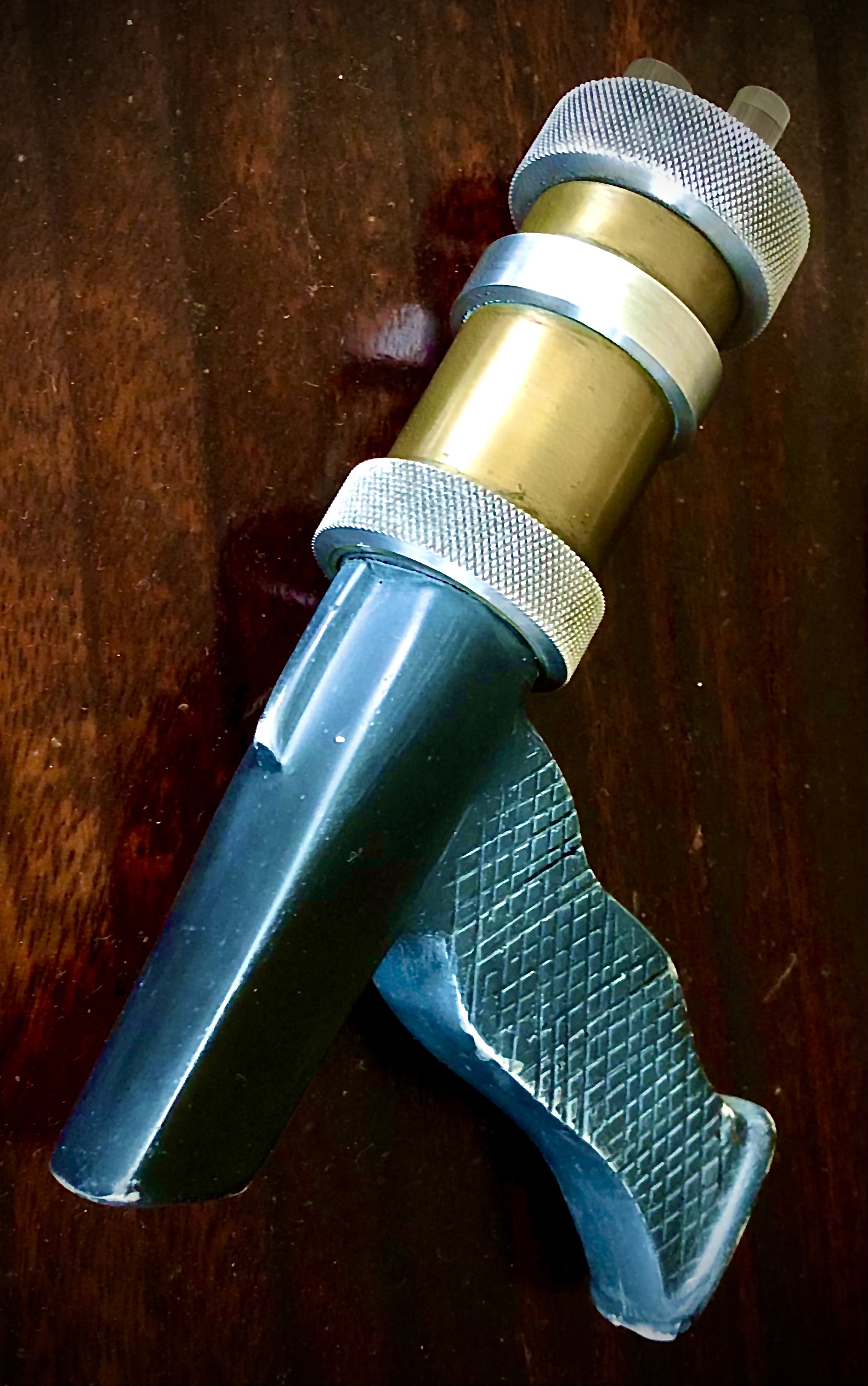 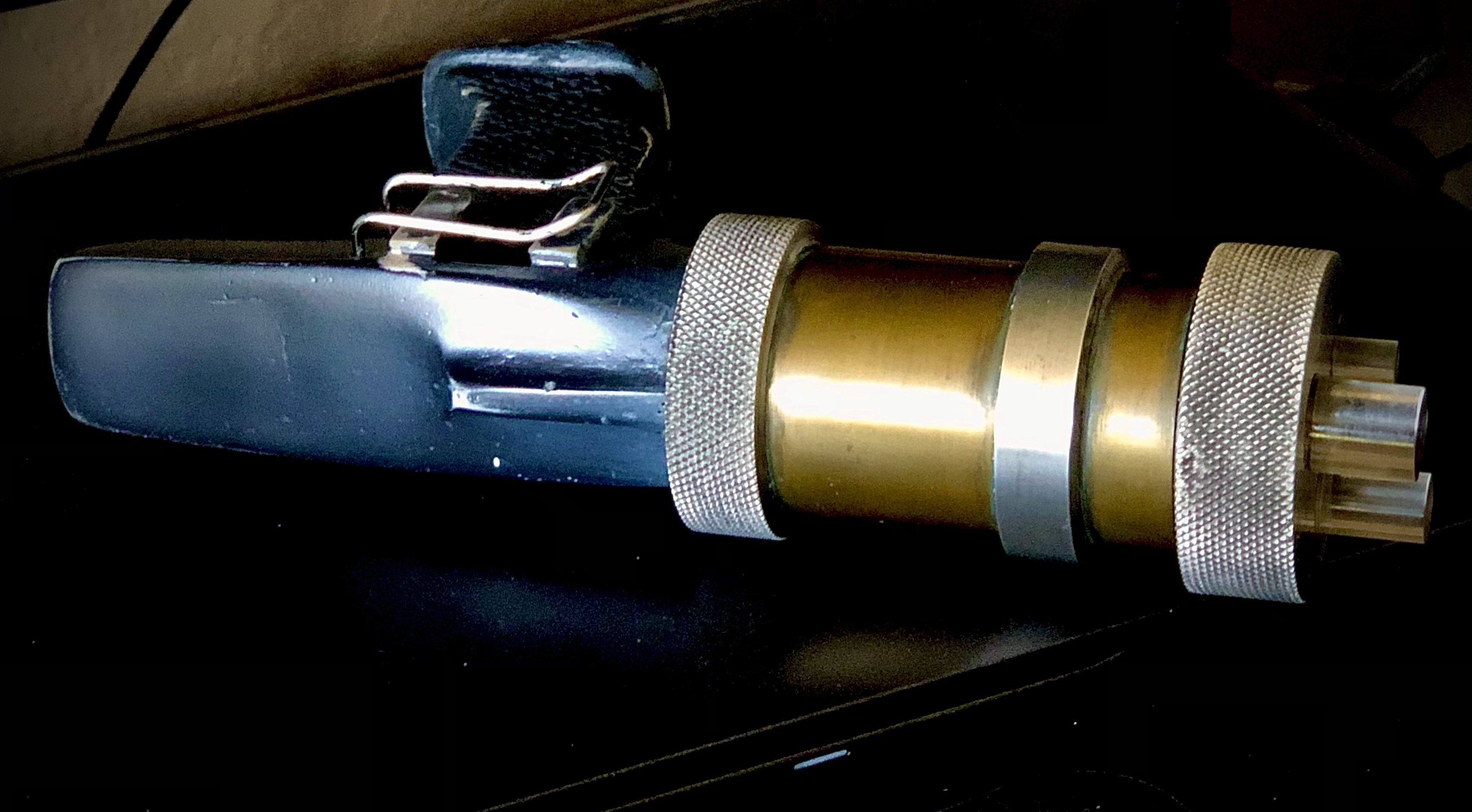 RPF PREMIUM MEMBER
I love builds like this. Looks awesome!

RPF PREMIUM MEMBER
That's beautiful. Huge fan of "The Cage" and everything about it.

You ‘threw’ that together?
You sir, have a GREAT throwing arm.

Fantastic! I love it!

RPF PREMIUM MEMBER
You are gonna have to beat the you know what out of it a heck of a lot more than that before it even resembles some of the original ones I have examined.

RPF PREMIUM MEMBER
I am actually looking for one of those CAGE Lasers.
N

Fantastic build. I really like how it turned out.

Are you sure you want to post it here and not put it up for a Heritage Auction?

NakedMoleRat said:
You ‘threw’ that together?
You sir, have a GREAT throwing arm.
Click to expand...

Thank you all for the compliments on the build.

This was a “salvage operation” of sorts with a very rough, and incomplete, resin casting of the pistol grip/rear end.

80% of the surface of the resin casting is made up of superglue and baking soda to fill up hundreds and hundreds of pinholes.

I also made use of the machined aluminum front end of a Boba Debt ROTJ DL-44 Balster Scope to reinforce the structure of the build.
Last edited: Jul 30, 2021

BTTF: Where can I find the presto log gauge graphic?