The Midwest Comic Book Association hosted the SpringCon 2011 comic book convention at the Minnesota State Fair grounds last weekend. The convention features dealers, individual comic artists showing off their work, propmakers, a few members of the 501st and the Rebel Legion, and quite a few members of the Minnesota Superheroes United costuming group. I suited up as the Predator on Saturday and posed for pictures all over the place. I was mobbed just as soon as I got into the door.

I didn't get a lot of pictures of my own, but here are some of the good ones: 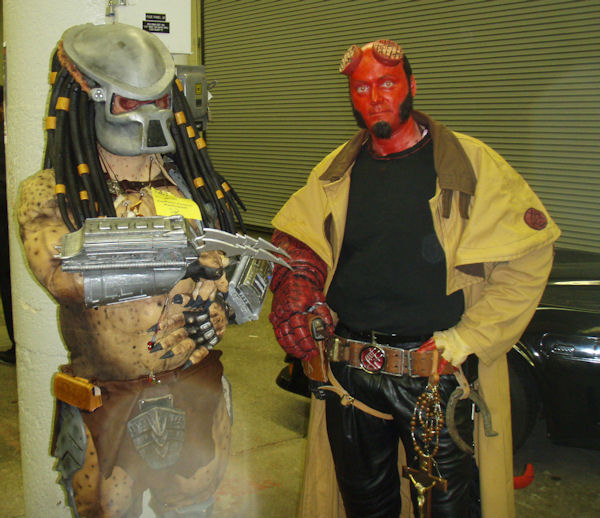 Here's a guy with a Hellboy outfit that I haven't seen before. 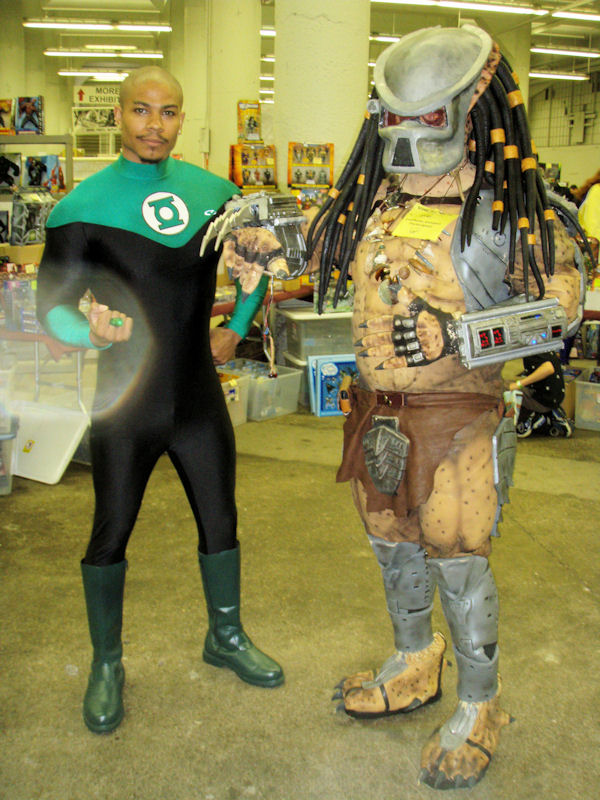 Here's a member of the Green Lantern Corps. My camera does odd things with the flash if there's dirt on the lens, or something, so the glow around the power ring isn't really supposed to be there. 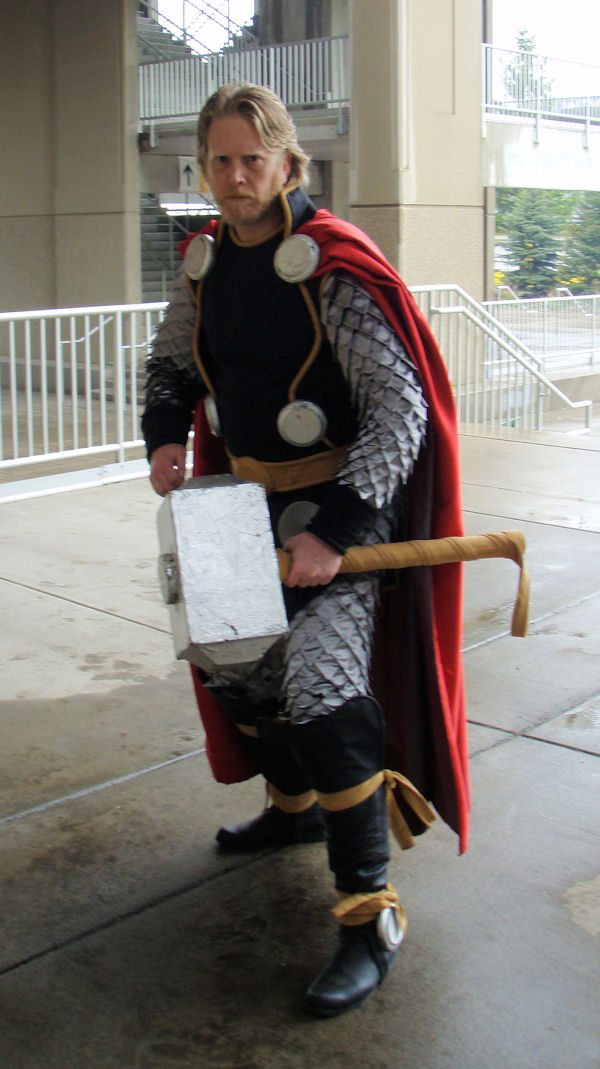 My friend Damon in his newly-updated Thor outfit. 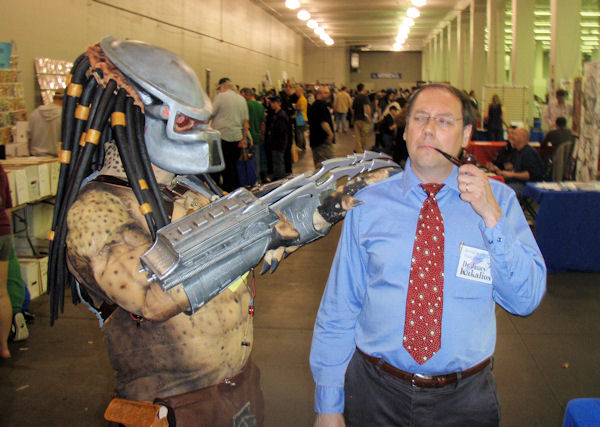 This is Dr. James Kakalios of the University of Minnesota, author of The Physics of Superheroes. It's probably irresponsible for me to point my wristblades at a physics professor's neck, but he wasn't in any danger. I asked him if it would ever be physically possible for the Predator to have active camouflage. He told me that some researchers have been experimenting with materials that have a negative index of refraction that could actually provide some cloaking. Then, I asked him a more practical question about cooling off in a Predator suit. He said that there's been some research done into thermoelectric materials, where waste heat can be converted back into electricity. Or, if you apply voltage to the junction instead of harvesting voltage from it, then you can create a device that produces cooling. 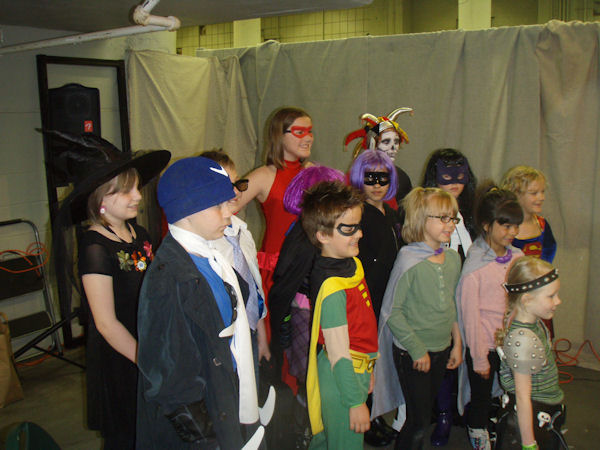 They had a costume contest for kids there. The kids were really enjoying parading around in costume, even the ones who weren't in this contest.

And, here are a couple pictures by a photographer who was taking group shots of the superheroes and supervillains: 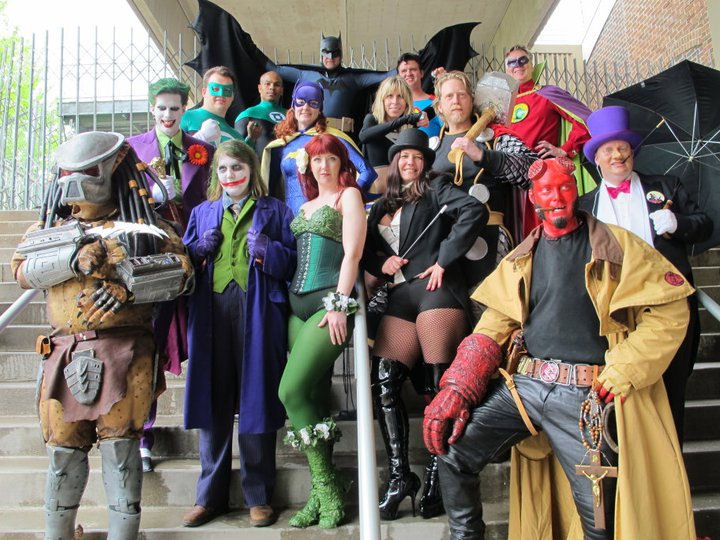 (Can you spot the Dark Horse Comics villain among the DC and Marvel superheroes and supervillains?) 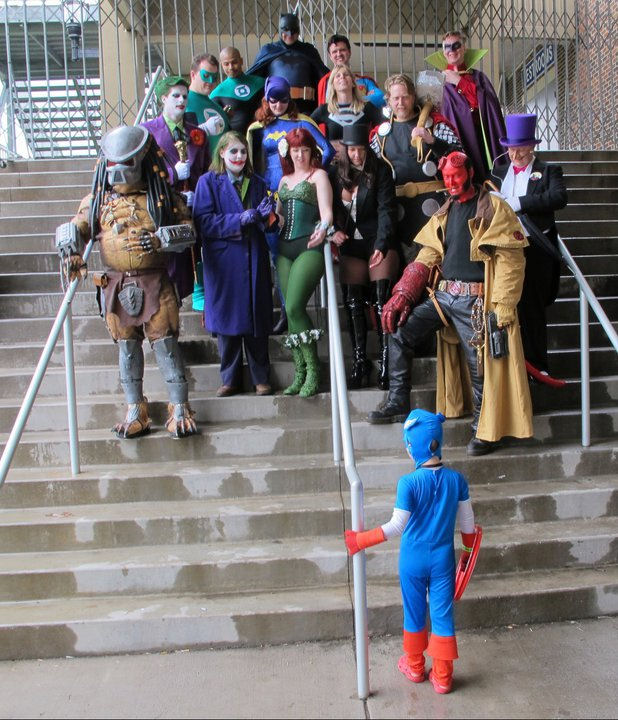 This kid came walking over while we were doing the photo shoot, checking out the action. I think he was feeling awe at the superheroes, along with a little bit of trepidation at the idea of coming up and joining us. We coaxed him into coming up for some pictures with the rest of the group. I think he had a lot of fun doing it.

On Sunday, I suited up as Gamera, a costume I made some four years ago. I didn't want to do Predator again because that costume was so hot, but it turns out that with all the vinyl I used, the Gamera suit was even hotter than the Predator suit. Here are a few pictures: 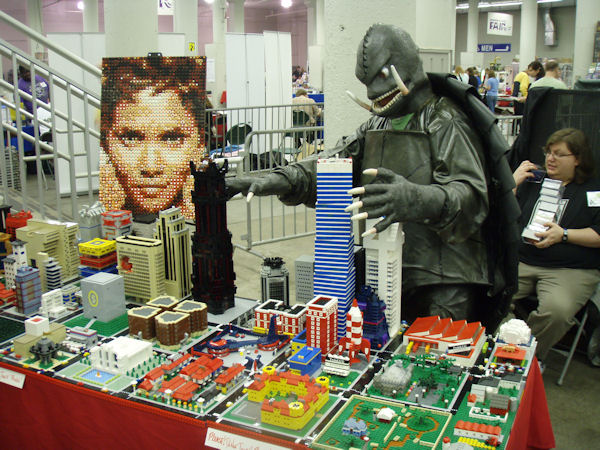 Gamera vs. a Lego city 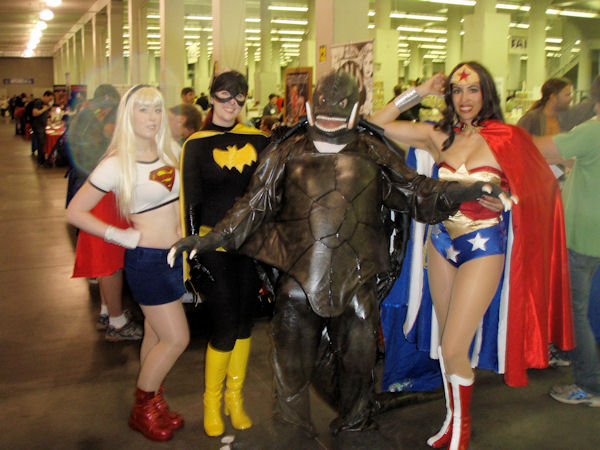 Gamera hangs out with a bunch of superheroines. It's good to be a giant nuclear-powered turtle. 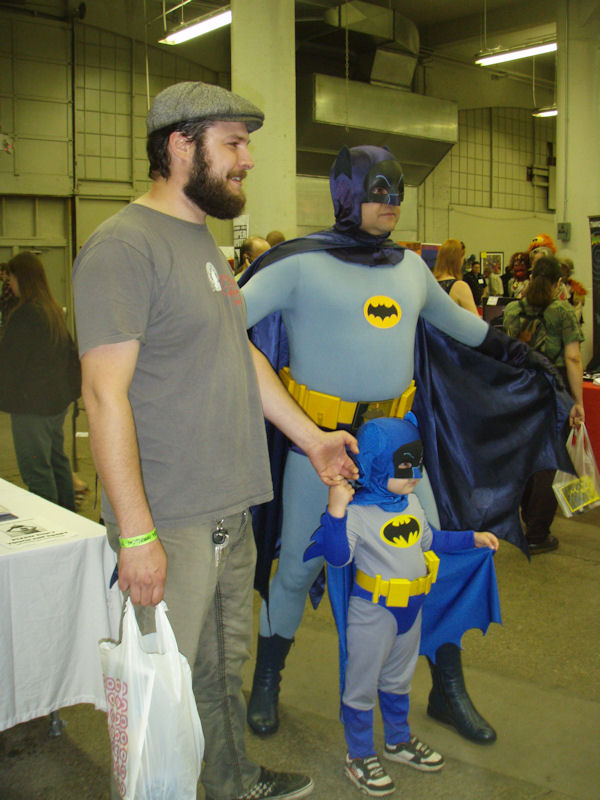 Here's another cute kid picture. The kid wasn't shy about appearing with the grown-up Batman (John Whitt from MN Superheroes United). We're thinking that the father made most of the kid's costume, which was pretty cool.

Overall, it was a good time there. The kids really enjoyed it, so that's what counts.

Halloween 2011 I Was Special Guest