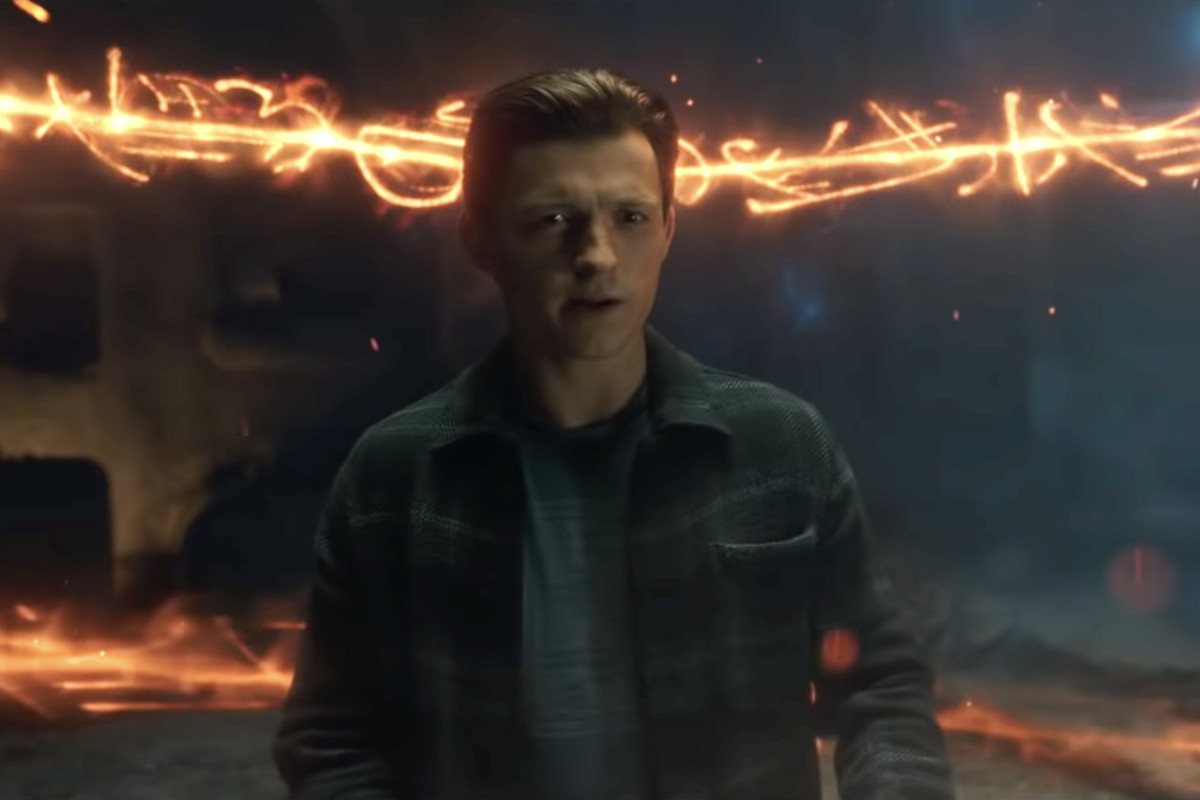 anyone able to identify this flannel that he’s wearing? It looks a little thicker than a normal flannel tbh

I got these (arguably very hilarious) screenshots of his shirt, and it seems to have lettering on the side that says "____ Count on me" on it. No luck finding it so far, there seem to be few abacus t-shirts available online and the ones that do exist tend to have some of the most nightmarish graphic design I have ever been cursed to witness. 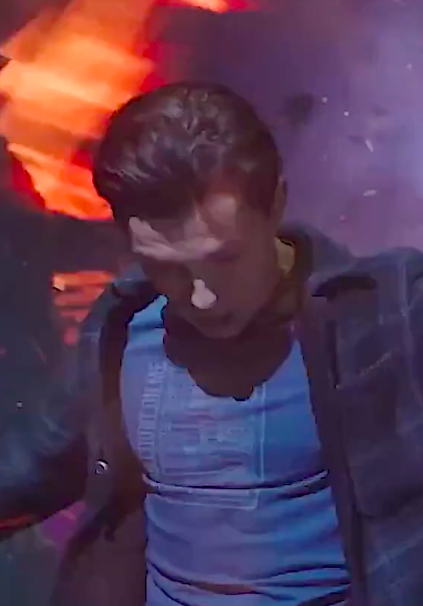 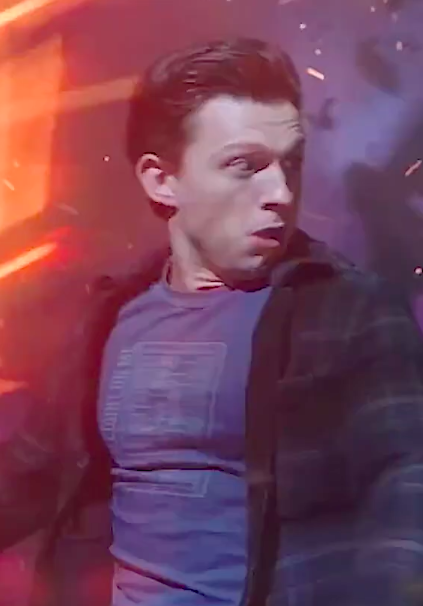 few stills of peter's other shirt. looks like it says "missing electron" on the side of a drawing of a milk carton as-well as a dorky quote underneath saying "gotta keep an ion it!" Honestly I think this one and the abacus shirt might be custom made for the movie. Few reasons I think this is just how easy you'd think they would be to find due to how simple they are but it seems no ones come close to doing so also the quality of the shirts seem pretty high end as it kinda looks like they printed the graphics on some blank James perse t-shirts as you can tell by the collars.

For anyone who’s questioning it, the AJ1 Hyper Crimsons are awesome in person. I’ve had them since the beginning of fall and love them. Trying to keep them clean so I can wear them on premiere night (and then wear the Vans SK8 His in Navy/Black the next day when I see it again ;D)!!

Just got out of the movie, what an awesome film! No spoilers but the Hyper Crimsons were for sure the shoes worn in the movie.

Anyone know what beanie he is wearing near the end of the movie? It seems to have a white (or cream-ish) base with red and blue winter designs on it. There also seemed to be a thick black rim around the bottom of the hat. Let me know if you guys find it please!

Looks like our luck ran out. After 3 movies of easily available graphic tees, it seems both the abacus and milk carton tees are custom?
Last edited: Jan 25, 2022

Considering that Peter is supposed to be the everyman hero, I really did like character-wise that the shirts wardrobe chose for him in the past two films were not only something he would wear as a huge nerd but also because they were relatively affordable, and therefore the shirts made sense in universe. A choice like having the shirts' patterns not only be custom but printed on designer t-shirts is vaguely bewildering when considering Peter as a character.

Hey in the scene where he's laying on the roof with M.J., you can see the clothing logo on his shirt. Its at the bottom of the shirt placket. If anyone can somehow get a Hi-Res version of that, we have a brand for his flannel.
W

first of all the hello kitty pants aren't custom made, there just really hard to find and if you do, the places that you can buy them on are hella sketchy, if someone could help me find a legit site that would be epic
N

zenPhysicist said:
View attachment 1493575
anyone able to identify this flannel that he’s wearing? It looks a little thicker than a normal flannel tbh
Click to expand...

Has anyone had any luck with identifying his plaid shirt as of yet?

NateRider said:
Has anyone had any luck with identifying his plaid shirt as of yet?
Click to expand...

Yup! Thanks to a guy who reached out to me on Reddit, he successfully ID’d both plaid shirts from NWH. The one he wears to see Dr. Strange (the thicker one) is a “Vince Wool Plaid Shirt Jacket”. It’s not made anymore and retailed for $525. Getting pretty difficult to find secondhand. There was also two versions of the shirt, one with the horizontal white stripes with two stripes above one, the other shirt is the opposite with one stripe above two. The one Peter used in the movie was the one with the two stripes above the one. He wears that with the abacus shirt and the Air Jordan 1 Hyper Crimsons and black jeans.

Does anyone have a link to the new balance 996 concrete

There’s a few of the flannel shirts around I saw some in a size S and I bought the last size L. Also been pricing together all fits worn by Peter. I sold a lot before buying again isn’t easy. Anyone ID the BFP suitcase from FFH

What’s the long sleeve shirt Peter wears on the couch in NWH?

Hi guys! So my friend found the blue windbreaker that Peter wore in FFH! It’s the Uniqlo Navy Blue Windbreaker. Unfortunately it is sold out on Uniqlo’s site but maybe you can find it on Ebay or Poshmark.

Saddir said:
Hi guys! So my friend found the blue windbreaker that Peter wore in FFH! It’s the Uniqlo Navy Blue Windbreaker. Unfortunately it is sold out on Uniqlo’s site but maybe you can find it on Ebay or Poshmark.
Click to expand...

Sweet! I’ve been after this forever. Do you have a picture to confirm?

coop5150 said:
Sweet! I’ve been after this forever. Do you have a picture to confirm?
Click to expand...

Sorry for the late response I’m on vacation rn but yeah here’s a photo!

Oh also, would any of you happen to know where to find this zip-up? Lol sorry for the crappy quality