RPF PREMIUM MEMBER
I have been trying to improve the design of the glove commpad for a Snow commander or AT-AT driver and now that Brandon Alinger's book is out there is a very clear top pic of the commpad. (totally recommend buying this book, it's amazing)

So I made a 3d model to match

next to an officers disk for size comparison.

check the inner detail of the top greeblie that looks like a bottle cap?

My biggest question is, what the heck are the transparent keys? I personally beliebe that its a female angled pcb connector of some sort, but does anyone here know which one?

Oh man I need that book. Nice work on the model!
D

RPF PREMIUM MEMBER
The book is just amazing, it has the most detailed pictures I have ever seen of several costumes. Hope there is a second one of just Props hint hint...

Anyways, thanks for stoping by and hopefully one day Ill get this one completed properly.

I'd definitely be up for one. Wish we could figure out what it is. Here is my attempt. 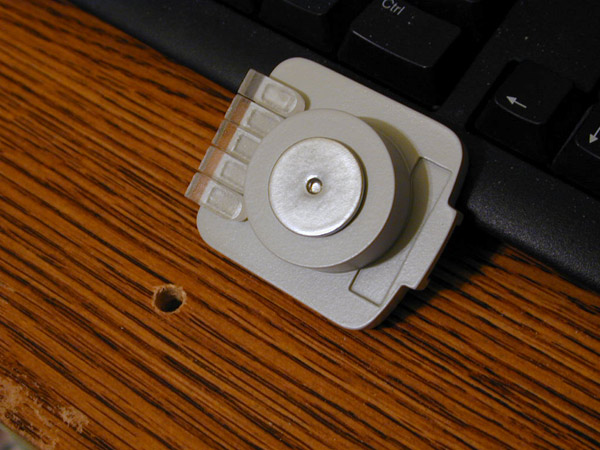 Yours is the best I've seen Clutch. What did you use for the clear bits, custom resin parts?

RPF PREMIUM MEMBER
I don't think the tab on the left has anything but right angles. It looks slightly "dovetail"-shaped because of the shadow in the recess.

I think also that the metal knob is recessed and is knurled. It was discovered not too long ago that many reoccuring metal greeblies, such as the "officer disc" were discarded parts from a factory that made high-end turntables. I would look there first.

Hitherto, these have been the best images I have had of the comm pad:

I think the five transparent things could be one piece. It looks like it is them that also appear on the front on the gauntlet comm pad worn by Hoth Rebel officers and Snowspeeder pilots. If that prop is also in the book, please post!
These below are unfortunately the best images I have of this comm pad, but I have also a few images where the teeth show more glare than the rest of the comm pad which would indicate that the part would be of bare metal or clear plastic.

Agreed on the knob and tab.

Are those some cable connectors? Like phone connectors or electrical nodes of some sort?

RPF PREMIUM MEMBER
ok so I changed the base to have right angles and the disk to a knurled one.

does this look better?

RPF PREMIUM MEMBER
Indeed. I think that the cylinder should be twice as high as the transparent "teeth".

RPF PREMIUM MEMBER
Based on the pictures you postedthe height of the cyl should be like this:

I found lot's of pictures from the Ugnaughts but non have anymore detail than what you and others have shared.

Thanks for the feedback DL...

RPF PREMIUM MEMBER
because of the clrear color it does look like car fuse but the problem is that it looks like its a single piece of 5 terminations and fuses are only 2 terminations.

For some reason the prop makers were using molex connectors for other stuff so Im guessing there should be something out there... 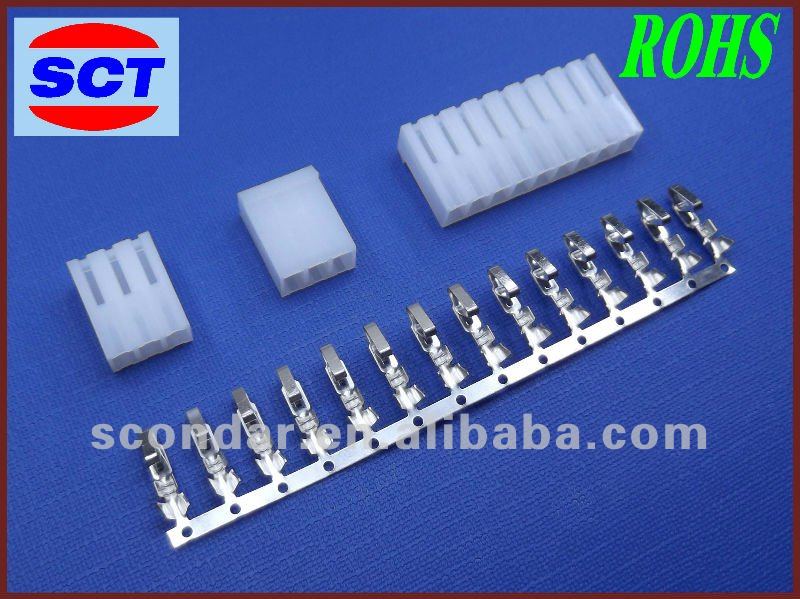 RPF PREMIUM MEMBER
What about molex connectors from pinball machines?? found several like these: RPF PREMIUM MEMBER
what if it was just a clear resin cast of something like this pinball connector?

Thanks. It is all custom sculpt. The clear bits were cast in clear resin.


Pedro said:
Yours is the best I've seen Clutch. What did you use for the clear bits, custom resin parts?
Click to expand...

I doubt they took the time to cast or fabricate anything for these few bits of costume dressing.

just another idea ... kinda looks like a transclear lego brick glued on the side ... maybe not exactly the one pictured but gives an idea ...