So recently embarked on my first Iron Man/ War Machine build. But had to do something different. When the Punisher War Machine comics came out I knew what I had to do. Shortly after Hot Toys released the version from future fight and solidified this. Printed the first piece in mid February and almost gave up due to time constraints and frustration. Fast forward a couple weeks and build was in full swing to make it to Wondercon 2019. 4-5 weeks away... wish I had taken more photos of the build process but was able to capture a few of the stages. Files were Maxcrft War Machine Mk3 and my own shoulders created on fusion with retracting lower plate. I label this 1.0 as I have already started adding/ changing/ modifying and refining the suit. 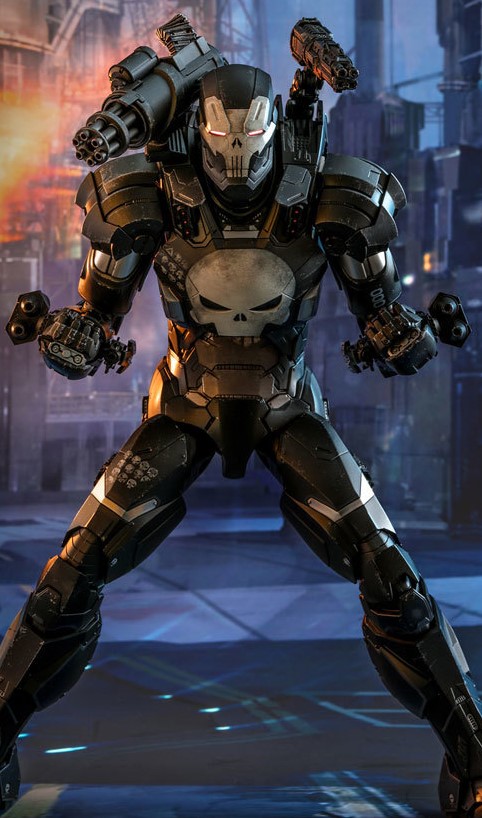 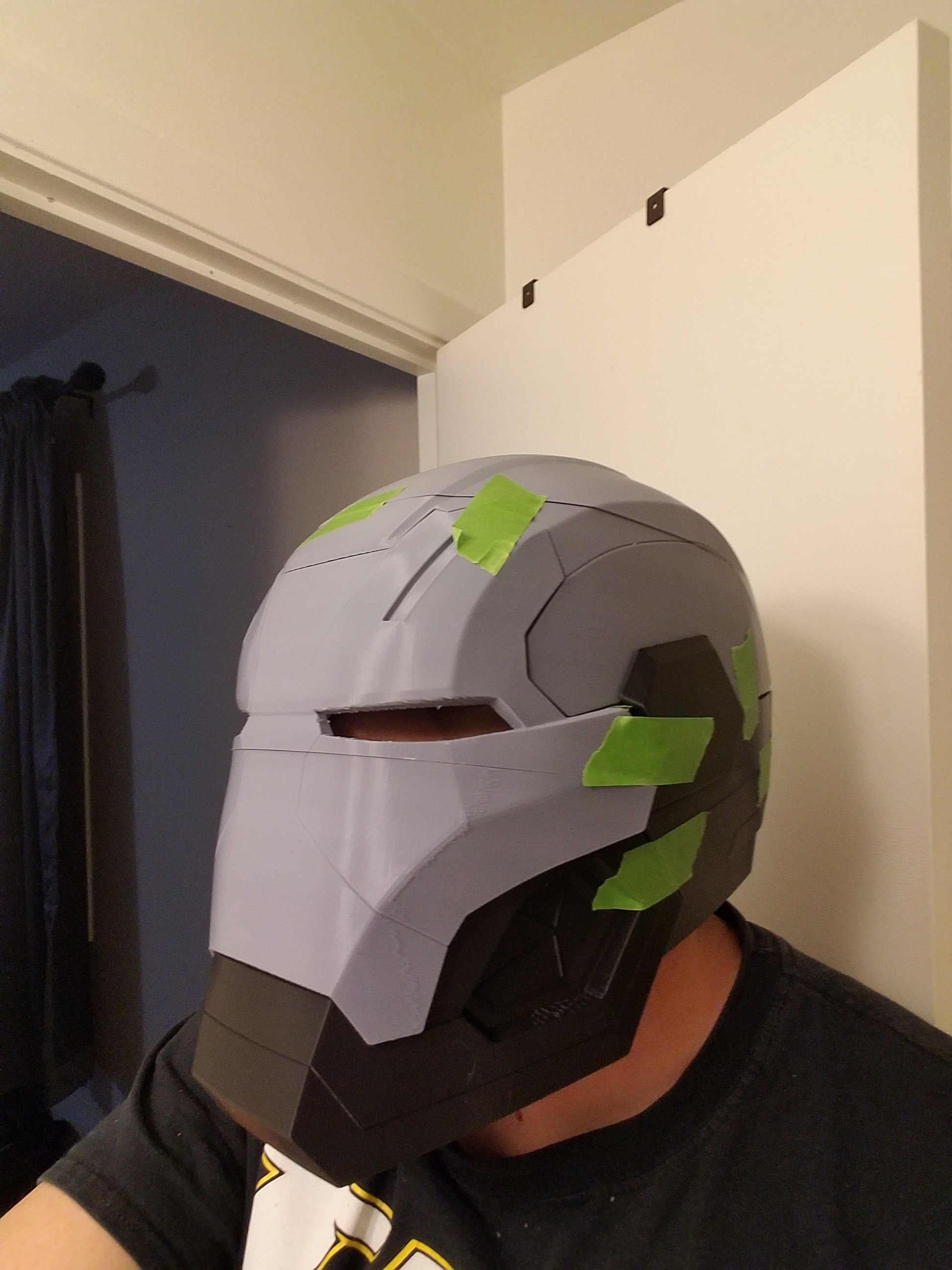 First print, was too big and ended up being re-printed. 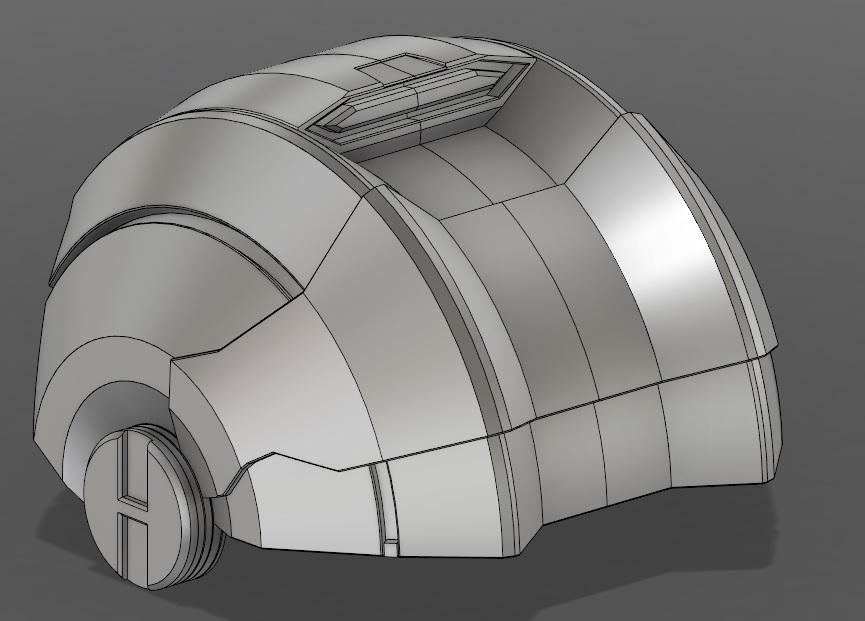 Helmet going through the stages.. finished painting the skull only to realize I forgot the nose... added after haha...

Parts all laid out ready to be loaded up to Wondercon. At this point I still hadn't completed the harness, still had to figure out attachments, padding, under suit, or electronics... and after a 40 hour attempt to finish marathon, was time to drive to Wondercon and finish the build in the hotel.

So a few pics... moments after I entered the actual hall someone ran into me and broke the shoulder mounts. A more rigid one is already in the works as are bigger shoulders. 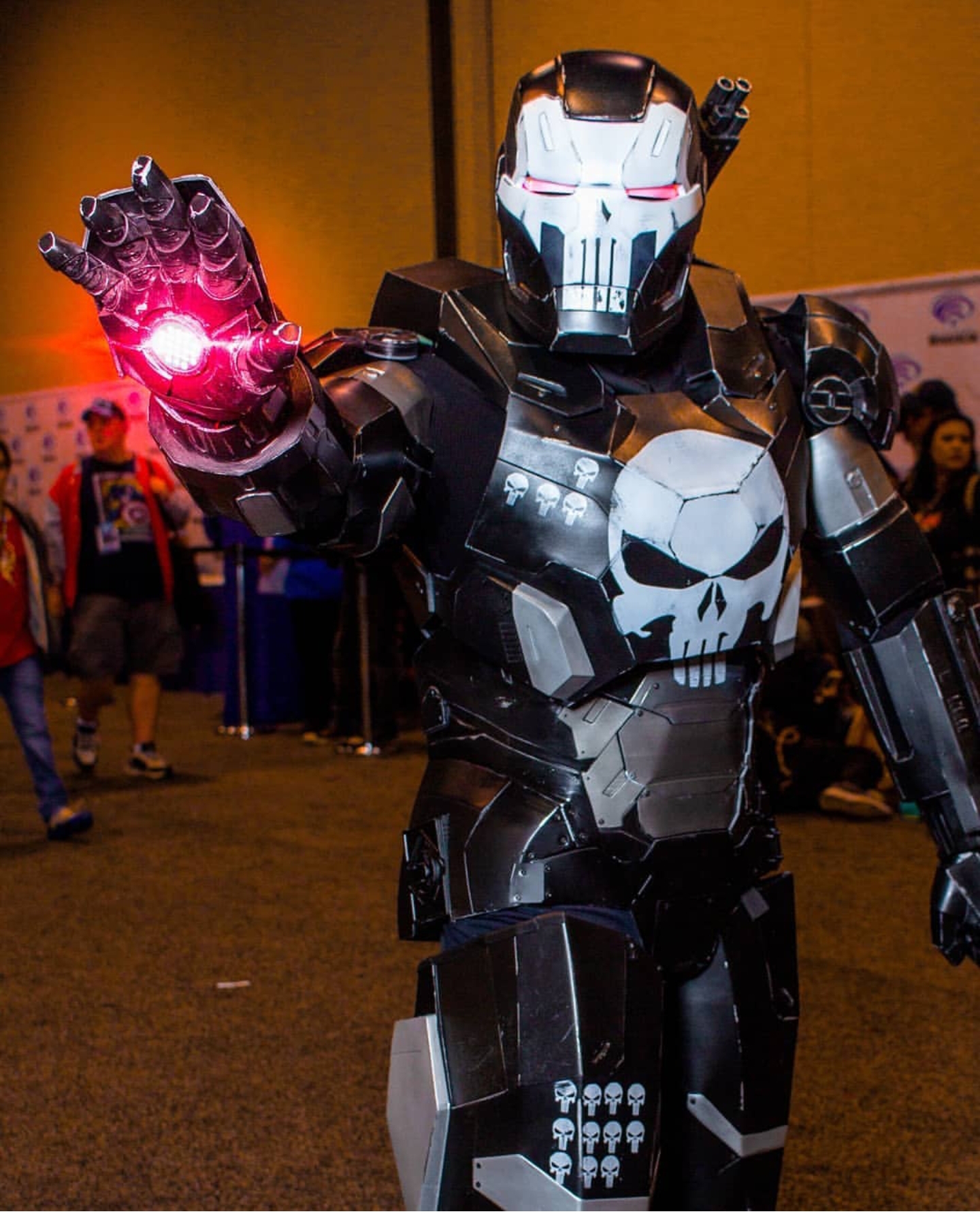 Image edited by @art_hero_comicpics over on insta.


So all printed in PLA on 2 CR-10s. Took approx. 9 rolls of filament, there were a couple re-prints. Lots of sanding, glazing putty, filler primer and time. Most of the main parts are screwed together with brackets, some of the screws seen are part of construction, others cosmetic only. Ab section and belt have "flex" areas re-designed into them to allow movement. Used rubber and thick elastic bands to link areas instead of gluing or bracketing. Paint was process. Primer, wet-sand, aluminum, wet-sand, liquid mask on high areas to expose alum. later, black, remove maskings, wet-sand, scuff, clear coat... ran out of time to do a wash, but will get that done before the next appearance.

As far as movement, walking was fine, but had limited arm movement. Some re-design and sizing changes are in order.

Dude, that's awesome! Sucks to hear about the shoulder.

Thanks, yeah, v1.5 getting printed now.

RPF PREMIUM MEMBER
I only liked this because there is no love button.

Murdoch said:
I only liked this because there is no love button.
Click to expand...

Lol thanks I appreciate that

Where can I get the stl files or which stl files did you use?

Samhain013 said:
Where can I get the stl files or which stl files did you use?
Click to expand...

They are from MaxCrft on Etsy, with a mix of Do3D and my own files.

and the War Machine Mk 3