Hey guys, thought I would give you all an update on this long project, I haven't shown anyone else this yet! .. it will be completed on the 1st of April 2012 as I have it on display at the sci fi expo here in New Zealand on the 14-15 of April.

I have posted some photos of the final version before I start building the armor and skin. It has turned into an evolving project and I must say the final result is scary because I think I got a bit carried away!

I am currently test firing it and have mounted a laser on the caster to pin point the paintball hits at 45 feet. The suit uses voice recognition to power up and down, choose between 3 shot burst or semi, turn lasers on and off, and to choose a target, I have also given it hunt mode, this drops the thermal filter to normal video, turns the lasers on and waits for you to choose a target or just tell it to fire.

I am using CO2 to give it a little more effect when firing paintballs, the helmet has 3 x 50mW lasers and the caster has 1 x 50W laser. I have been doing the internal graphics based on alien vs predator and it displays power, ball count, no ball indicator all inside the visor, tell the suit to switch between english or yautja and everything is displayed in yautja.

Oh and finally it has a video transmitter on-board that broadcasts, sound and video so people can see what I see through the video glasses and hear what I tell the suit to do.

I don't think I will ever build one again!!! Dam it's been a hell of a lot of work and many late nights, still have over 5 weeks to go and thanks to the guys here, will build the armor out of foam and rubber!

Will post a youtube video when all is done!, hope it inspires others to create a one of a kind!! 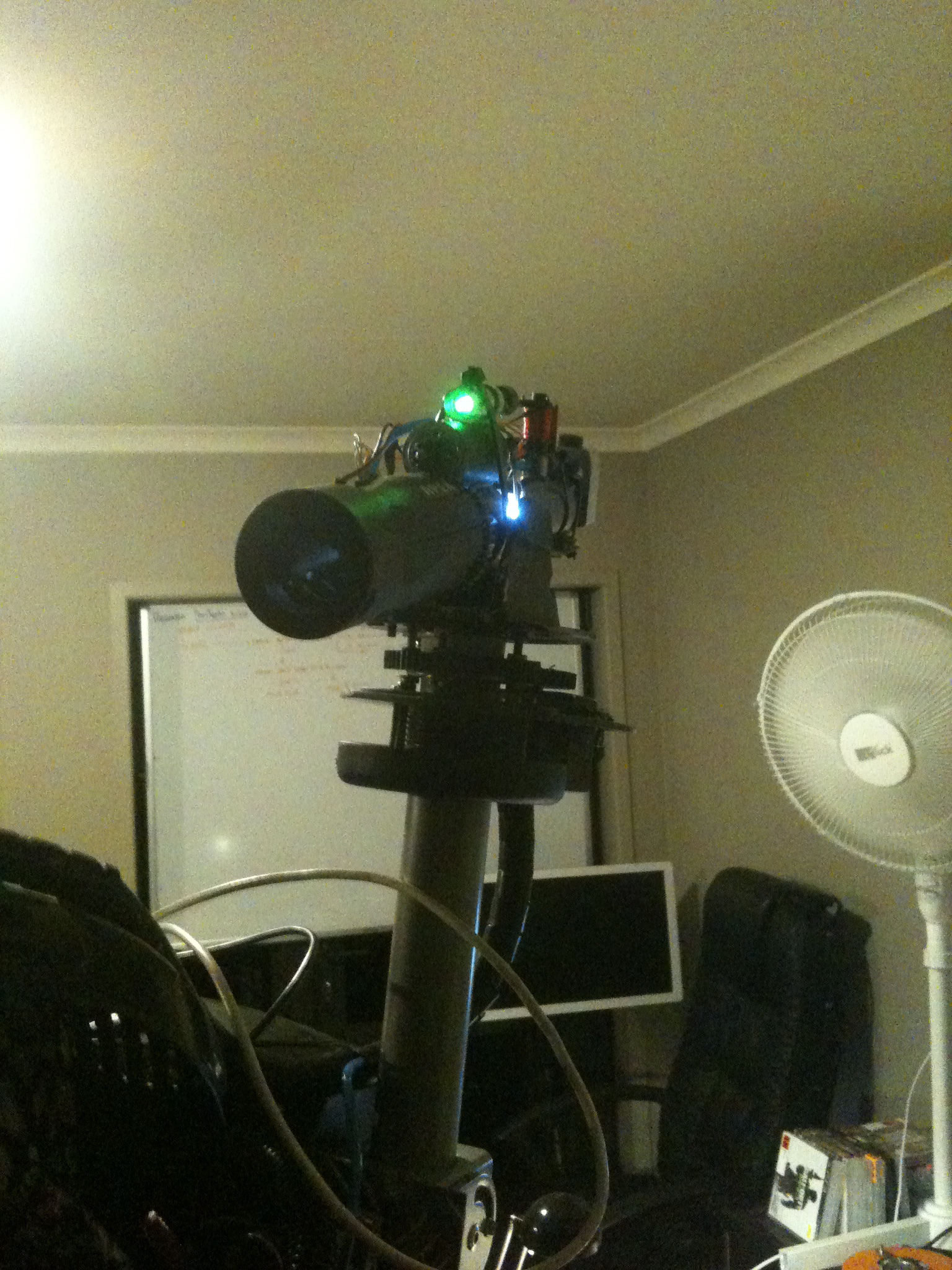 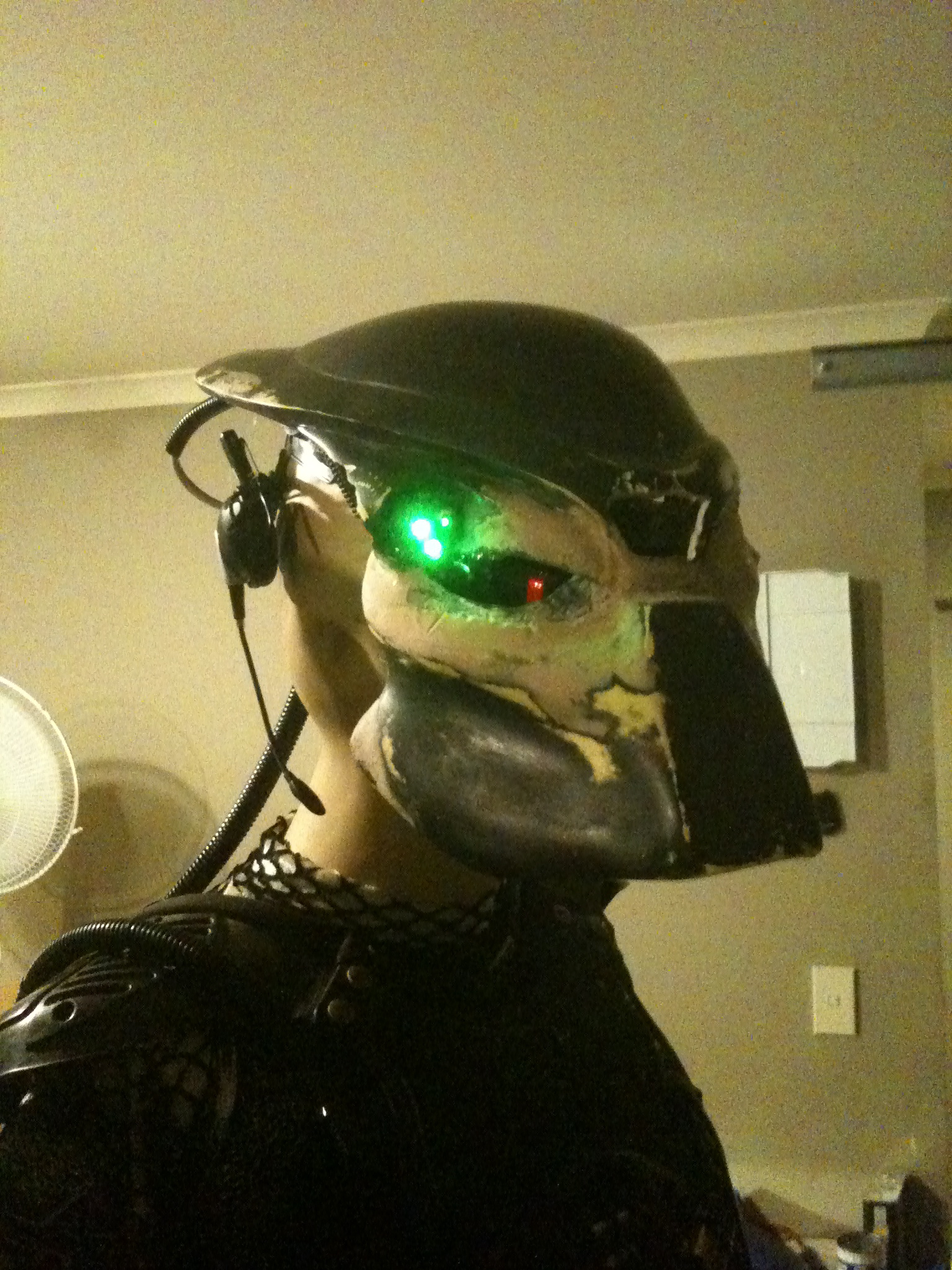 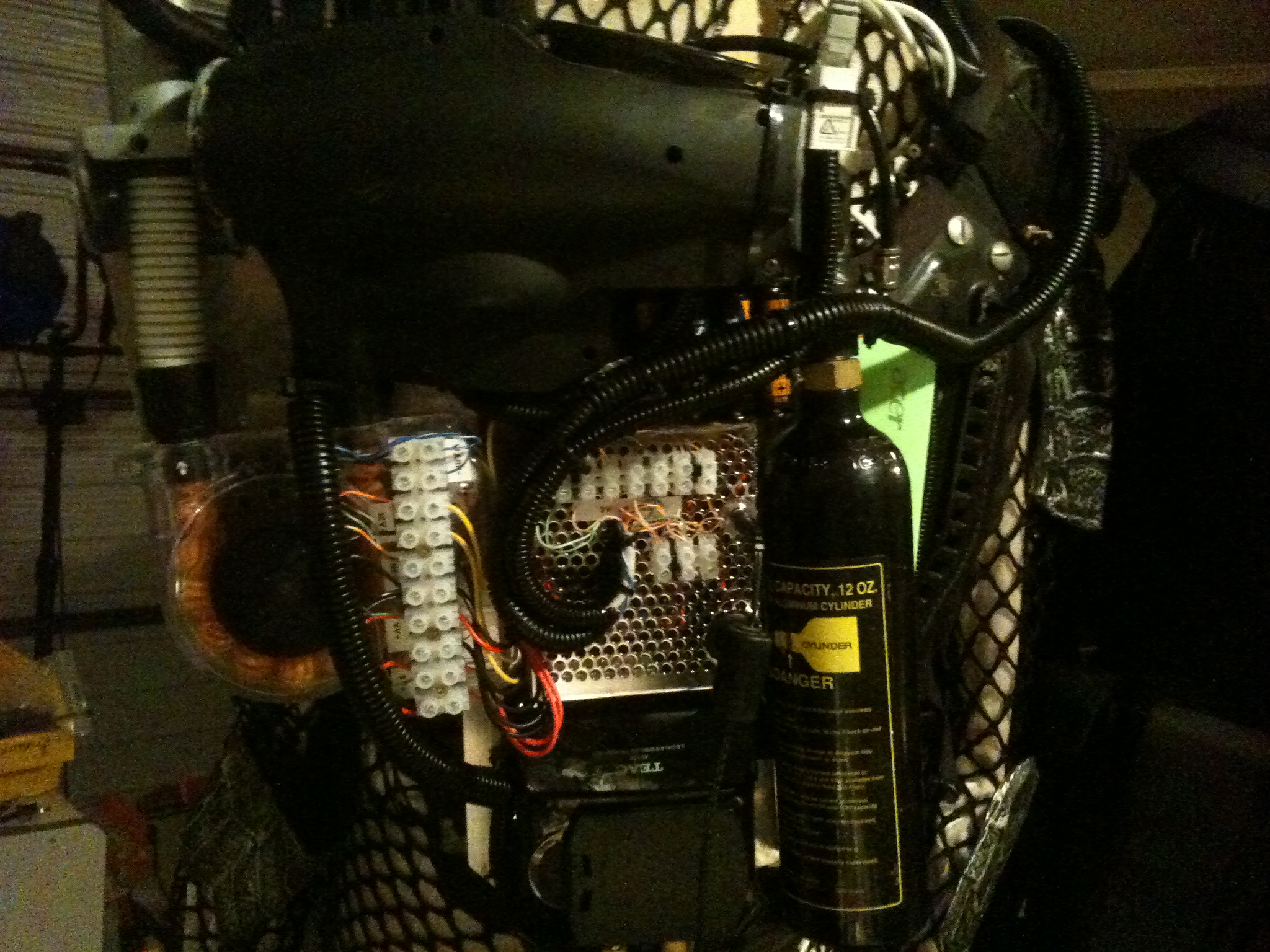 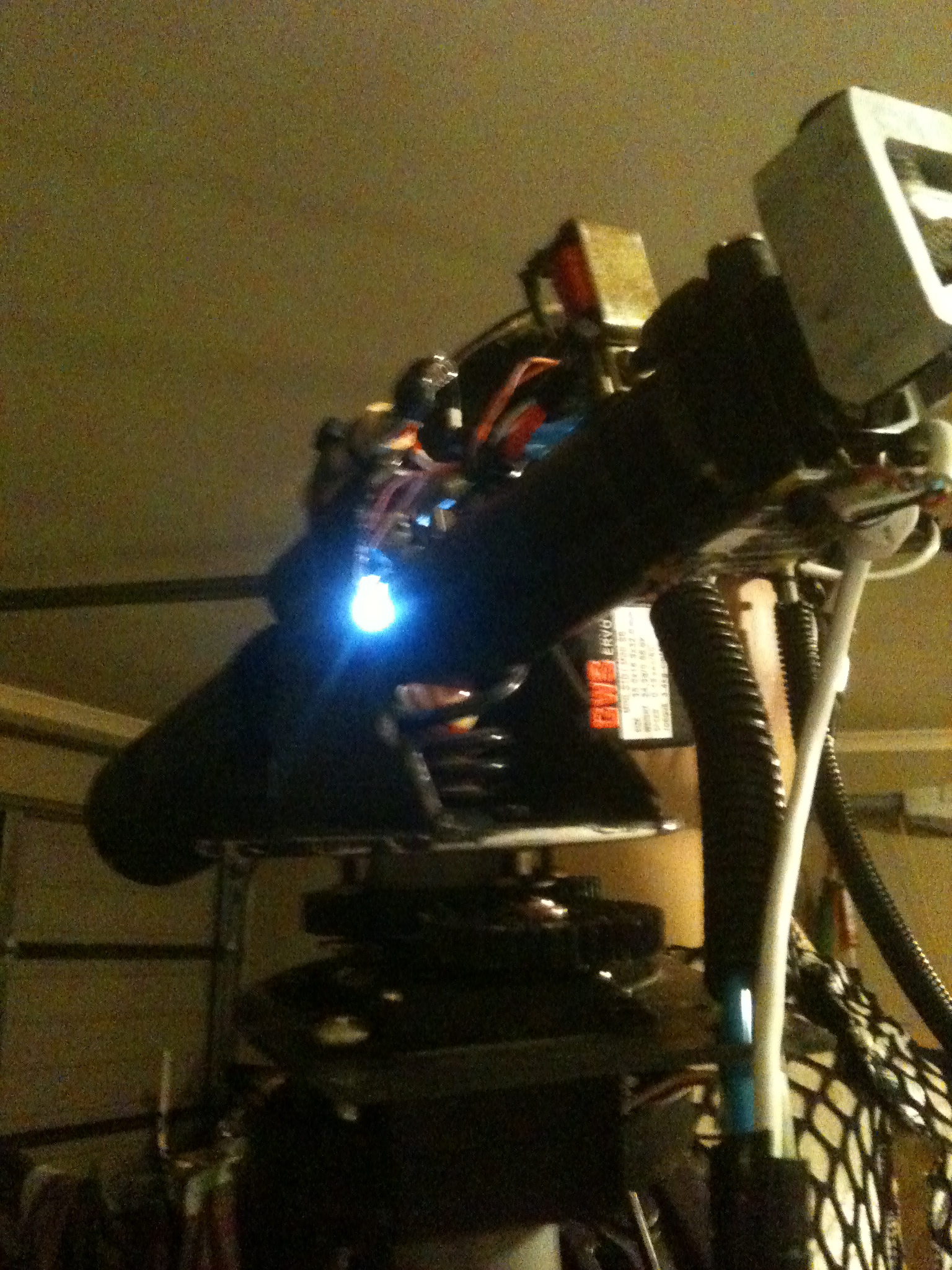 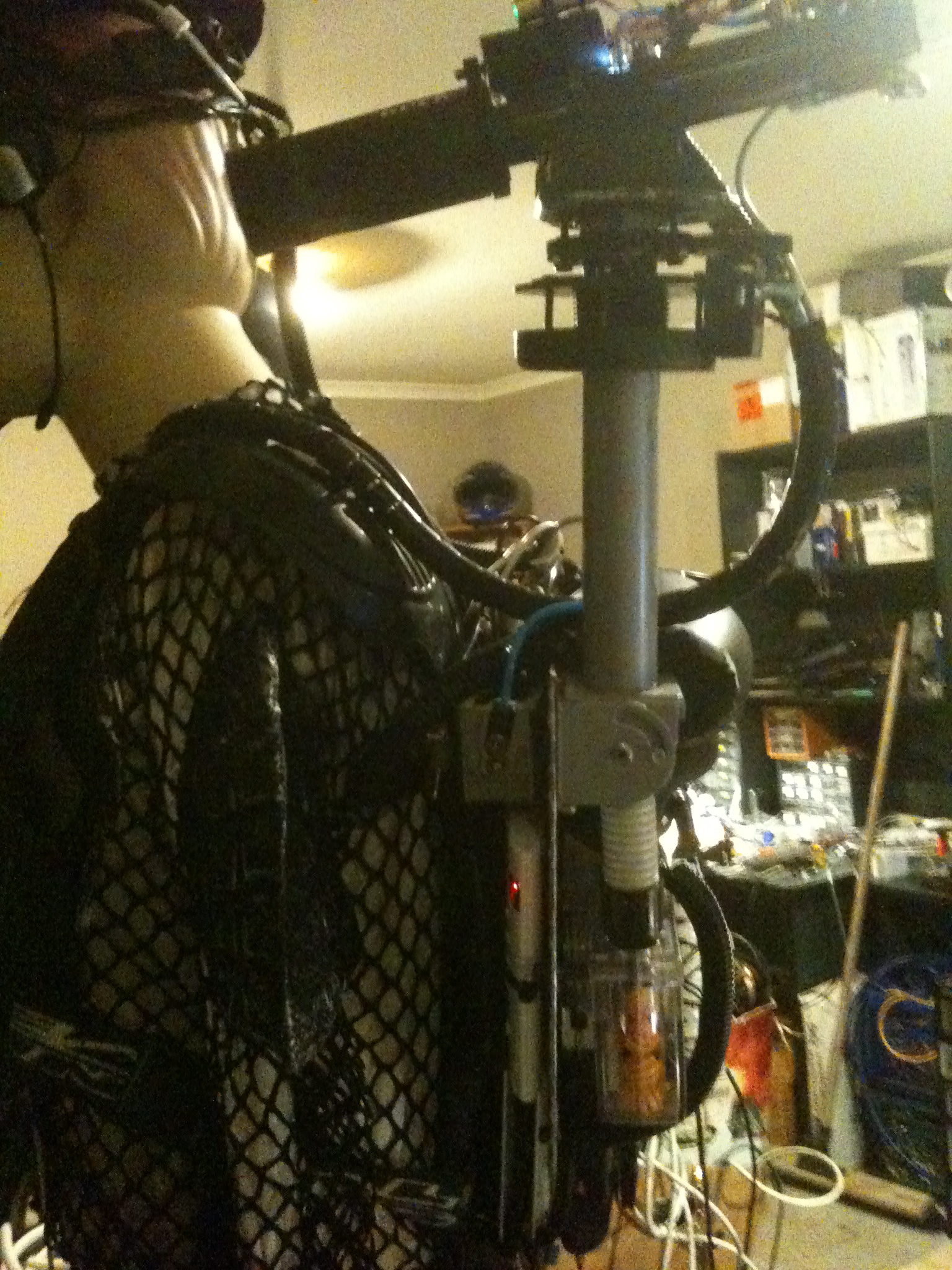 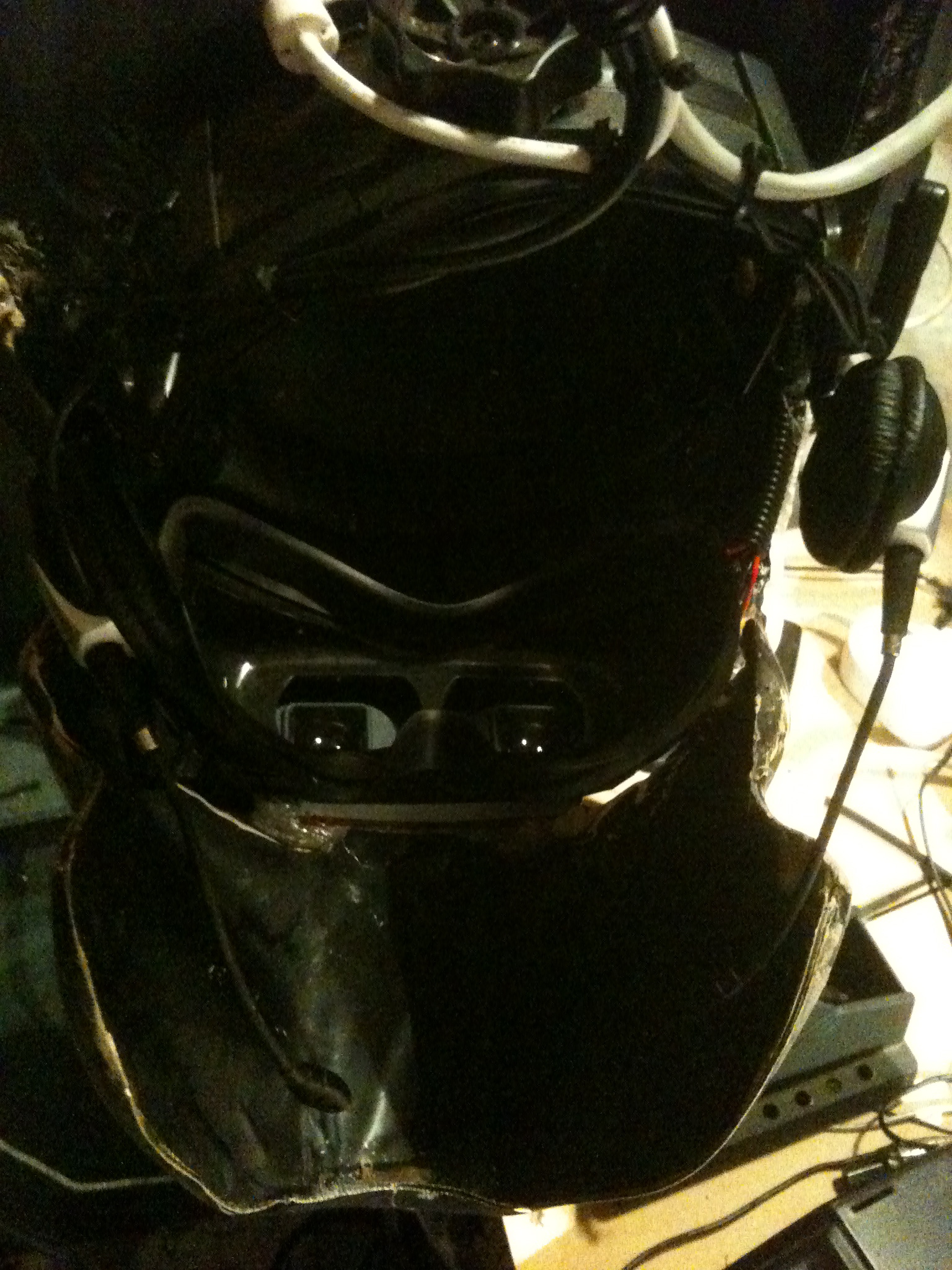 THAT IS INSANE!! Bye far the coolest pred suit part I have ever seen!!! Just plain amazing!!! I love it, wish I could make something like it. Dont think I would have the time, paitence, or smarts to do it though. Or money for that matter lol! That is so f***ing cool! Congrats on an awesome piece and I hope you get the same responses from the convention in April. WOW!!

That's looking amazing, hope you have considered putting specific arcs of fire into the command program. Hate to see you getting hit point blank in the back of the neck as you get a little over excited during a hunt lol

Yeah guys, after putting something like this together I understand why the yautja use a cloaking device! I would get killed on the paintball field! Lol it has an apex barrel mounted on it and a motor to rotate the barrel, i took the adjusting motor off because I don't have the time to programme it, but that barrel allows you to shoot targets hiding behind trees, walls, etc or if they are in open bunkers, you can rotate the apex and bring the ball down on top of them as well. Hell you would think I would get funding from DARPA!! Hahhaha

Funny as it sounds I have looked into cloaking and they are making some amazing advances in it, nanotubes seem to be the best so far, they bend light, like a fibre optic cable transfers light between 2 points, nanos do the same just on a smaller scale.

This is completely crazy. Sounds like it will be pretty cool to see in action. Can't wait for the videos to pop up.