lostcasket said:
Not the gyroscope on the front. But the red and white siren light on the handlebars. The hardware attached to it seems hard to fabricate. The red and white shell itself could be vacuformed. But it have no clue what that might be.
Click to expand...

It's possible that it could be a vintage bicycle tail light instead of a siren. Here are a few examples of what I'm talking about: As you can see, some of them came equipped with similar hardware that would attach it and extend it out from the frame of the bicycle. Of course, I'm only speculating that this is what it could be. Seems like a good option to explore since the object is currently unidentified.

I agree that's not a bad alternative. It almost looks like a red light flasher.
Like a warning light you'd get out of the back of a old comic book.

That would make sense. I was watching my Pee Wee's Playhouse box set last night and I noticed that the 'UFO' item in question has a round yellow piece on the top of it, right in the center. It seems strange that the manufacturers of a tail light would partially obstruct the light in such a way, which makes me think that your hypothesis is most likely to be correct. But if you look at the second tail light pic that I posted (the one with the Denver plate) you'll notice that it has a slight obstruction in the form of a silver ring in the center ...So we can't rule out the tail light possibility just yet, but I'm inclined to believe that your idea seems more likely to be correct based upon this new finding. Also, I just noticed that there are small holes on the bottom of it - as if they are speaker holes. So I think you are right about the "siren" thing.
Here's a better pic of the 'UFO' item that shows the yellow piece on top. Yeah i think that would be helpful. It's funny of the inconsistencies of the scooter. That some production pictures have different accessories on the handle bars then from the ones on the show. Not to mention that there aren't very many clean reference photos online. It's almost like the Kermit the from picture above is the only one and the one you just posted. where did you find it??

In some scenes Ive noticed in the middle of the handle bars there is some box CB bicycle radio with two swirls. Again, this is just speculation.. I only mention it because of siren microphone that hangs to the side that doesn't seem to go to anything.

I was going to do some screen captures of my own, but then I decided to do a google image search first to see if I could find a pic that showed the yellow part. I got lucky. Someone had posted that pic on tublr but it was the only one.
I'll take some screen caps from my DVDs as soon as I get a chance and I'll post them.

These look like the flame stickers on the helmet, but they are the wrong colors. I've included the ebay links followed by the pictures

Oh, and here's the Uxcell website where you can find these stickers:
http://www.uxcell.com/search.php?keywords=flame stickers&sort=&page=1&view=
But they only have blue and green listed for some reason.
Perhaps ask the seller if these are available in the appropriate colors.
Worse case scenario, one could always buy those stickers for a few bucks and then have a sticker manufacturer produce replicas with the correct color scheme.

It looks to me like these stickers are identical but they are the wrong color and the very last 'tongue' of flame was cut out of the sticker because it wouldn't fit on the helmet.
Last edited: Sep 10, 2012

Here are the caps, as promised.

You can see the pig coin purse very well in this one:

As you can see in the last few images above, there are 3 wheels on the back of his scooter as you suspected. Damn, you're good lol.

Below, you can see the spiral thingies on the center column of his handle bars.

Those spiral thingies remind me of plastic cinnamon rolls lol. Have you seen any better images of them?
Last edited: Sep 11, 2012

The "eyelid" over the eyeball looks like the ball from a track ball game cut in half with small pieces of wire loom halved and glued into place.
Trackball: 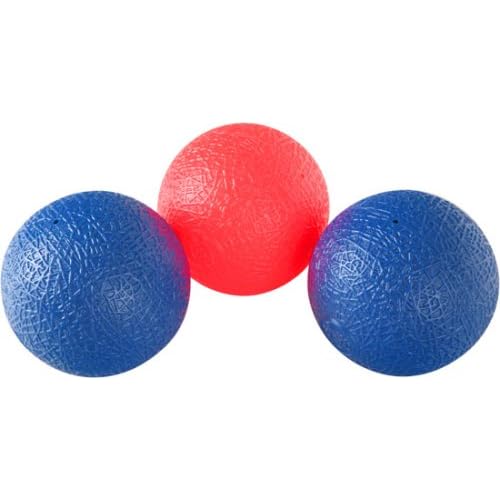 You can buy replacement track balls on Amazon:
http://www.amazon.com/Wham-Trac-Ball-Replacement-Balls/dp/B001OAA3RA

I've been thinking it's possible that it is just a regular bicycle helmet from the 70s or 80s. Although there were some motorcycle helmets produced that were a similar shape, I'm finding that it's much more common to find bicycle helmets that more closely resemble the shape. The only problem is that most of them have holes in the top - but not all of them. Even if it did have holes, the holes could always be filled in and covered over.

Here are a couple of bicycle helmets that closely resemble Pee Wee's.

The next one is a children's helmet made by Raskulls. I don't know if they would fit an adult, but it's just another example of a bicycle helmet that closely resembles the shape of Pee Wee's helmet (minus the rubber spikes).

Guys this a cool thread, just a though on the headlight, it could be an overhead heat lamp light at an "all you can eat bar" or french fry heater. The housing is much to large to be a bicycle part.

Do you have any idea about the cowboys and indians on his helmet?
There's no way of knowing whether they were painted by the manufacturer or if they received a custom paint job. It might even be a partial custom. Like maybe they only painted the cowboy's shirt to make it match the helmet.
So I've been searching, looking at both painted and unpainted cowboys and indians.

As for the cowboys, I haven't managed to find good images to capture yet. It's really hard to see the detail, but I suspect that they are not 'mirror image' figurines. I doubt that a manufacturer of cheap plastic/vinyl toys would go through the expense of making a mold for 'mirror image' version of the same figurine. Instead, I think that one must be hot glued onto the helmet facing forward and the other cowboy is glued on facing backwards (facing into the helmet) - like the dinosaurs on the helmet. Also, were they originally holding lassos in the shape of a 'figure 8'? Were the lassos altered? Or maybe the cowboys were originally holding a gun but they didn't want to make it look like the cowboys were shooting the dogs on the helmet so they replaced their guns with lassos??? Who knows.

The indians are clearly two different indians. One of them looks like he's either doing a rain dance or was holding a tamahawk, knife, or a spear. The other indian is clearly holding a bow up into the air.

BTW, sorry to throw so much info out there at once, but...
Upon close investigation I found that the bulldogs eyes are translucent red - like gems. You probably can't tell by this pic, so you'll have to trust me on this. As the camera angle changed I was able to see through the eyes.

...but are they bulldogs or are they supposed to be something else, like some kind of monster? Hmmm...perhaps they are ogres...
Last edited: Sep 11, 2012

This may be our Brontosaurus. I just wish we could get better quality images to compare it with so we can have definite confirmation, but I think this is it.
Looks like they sell them here:
TOY SOLDIER HQ INC<P> CEREAL AND OTHER PREMIUMS, COMIC BOOK OFFERS AND GUMBALL PRIZES The ones below are not an exact match, but they'd make a halfway decent substitute: Below, the green one on the left is the Marx version which is not a match, but the red one on the right appears to be a match and it's made by Ajax or Tootsietoy.

I'd say this is it. If this isn't it then it would be the first one I posted but I'm pretty sure that this is the one:

Has anyone found any new info? I've been searching like mad for the cowboys, indians, and bulldog heads to no avail.
I've found similar items, but no identical matches yet.

I don't know if it's just my imagination but I seem to have a vague memory of owning a cowboy just like those when I was a kid. They weren't hard plastic, but more of a pvc gum type material (the same material that was used to make the Smurfs and M.U.S.C.L.E. Men figurines of the 1980s). I could be wrong though. The memory is so faint it could have been a different figure all together but for some reason I seem to remember that lasso as being something I chewed on lol.

As for the Bulldog heads, the closest things I've found have been door knockers, bottle openers and pins (such as hat pins, etc). But they are all made out of metal and the ones on the helmet look plastic to me - almost like a cheap toy that you'd get when trick-or-treating or maybe the heads contained something like candy or silly putty. When I was a kid, I got silly putty that came in an Incredible Hulk head (very similar to the bulldog heads). It had a flat, removable backing that so that the head could serve as storage for the silly putty. Observe:

Just brainstorming and trying to inspire new ideas. Maybe this will help trigger something. I dunno...

I noticed that I had this larger picture saved on my old computer so I figured I'd post it up. Thank you to killer3k for posting a version of it already too, until I saw that post I completely forgot I had this photo.

Edit: I just realized photobucket was resizing the photo for some reason, here is the full-size one. :thumbsup

No, still haven't been able to find anything else. But everything you were able to dig up is great! As for the bulldog head me and kxazbug debated if it might be a cake topper. Like those clown heads or it just being some obscure toy. like what you mentioned with the hulk silly putty holder. But since we really haven't been able to figure out much about it, I decided to try to just sculpt it. Same for the pig coin purse too.

As for the cowboys I think you might be right. Because I've seen like a million little cowboys toy, but only a few that look similar. But they don't have a figure Eight lasso. The indians on the other hand I haven't found anything. Originally I was just gonna use orthodontic rubber bands for the cowboys lasso.

Speaking of making reverse molds.. I came upon a obstacle I'm not sure how to resolve. With most of these toys they have two sides. But the flaying wall duck is only one sided. Is there a way to make a reversed mirror image of said duck? But those dinosaurs and stickers those are spot on other then the color.

As for the headlight I noticed it is the same one in the picture phone. But would seem like they be for a heat lamp for food