I'm documenting this build here on the off chance that anyone else has read the books. Please, citizen, stay for tea if you have!

I've built some armor and cosplay projects here on the RPF, but this will be my first time designing an original weapon and costume. The author of the Ancillary series - Ann Leckie - is very connected to fans of her books. This has made me even more excited and motivated to get all the details right.

I started with character sketches. This is Breq, in her Fleet Captain's uniform, whose costume I will be making to go with this prop.

Next, I pinned a trillion concept art images of "space guns" to my Pinterest board.

Then I went out to find a smallish Nerf gun to build off of. This is actually the first time in my life I think I have purchased a nerf dart-gun. I was allowed to have the water guns as a kid, but not the dart ones, because my parents knew I'd probably walk into my brother's room while he was still asleep and shoot him point-blank in the face if we were having one of our disputes. I was a cruel older sister (he had ADHD and was annoying as f, my tolerance for his impulsive bs was pretty low). I had all the affection and patience of a scorpion. I'm talking in the past tense because I'm nicer to him now. Sort of.

Anyway, the sketches I was making of the gun were falling short.

Once I had the nerf to work off of, I pasted scraps of plastic and foam on it, rearranging them as needed, until I arrived at the basic shape I wanted. I kept spraying black paint on the gun to make sure everything flowed together. This gun should be more sleek than clunky.

Next I will peel off the scraps and cut out nicer planes, and sand with apoxie clay.

*Edit* - For progress on the costume, just look at my Flickr. I'm keeping this thread about the Presger gun, specifically.

Sculpted with apoxie sculpt and styrene to change the style a bit. 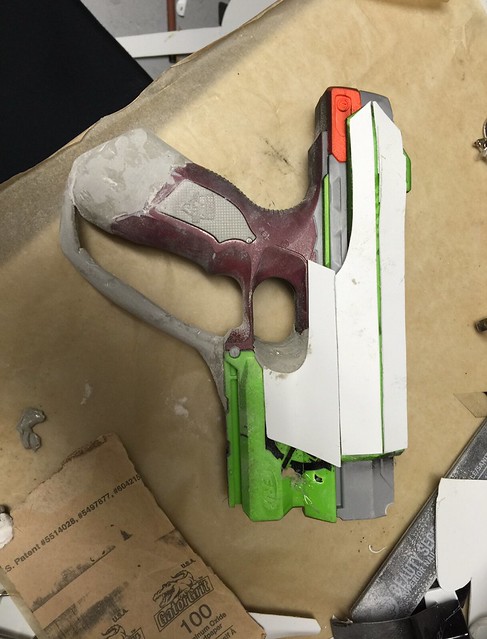 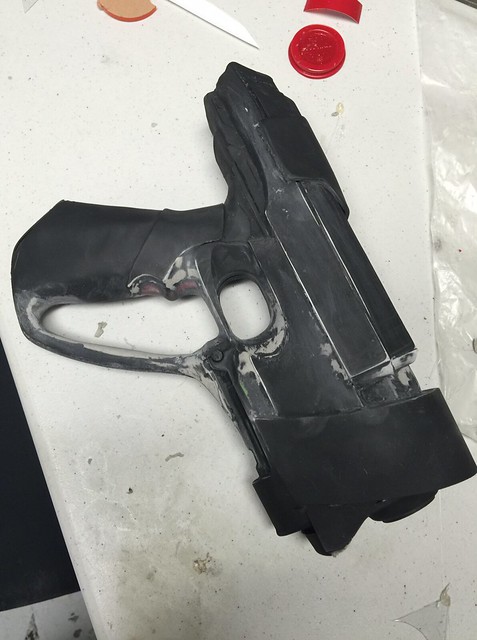 I used Smooth On Rebound to make my rubber layers, and then plaster gauze for the jacket. Plaster isn't ideal but I'm very sensitized to fiberglass and polyester resin. 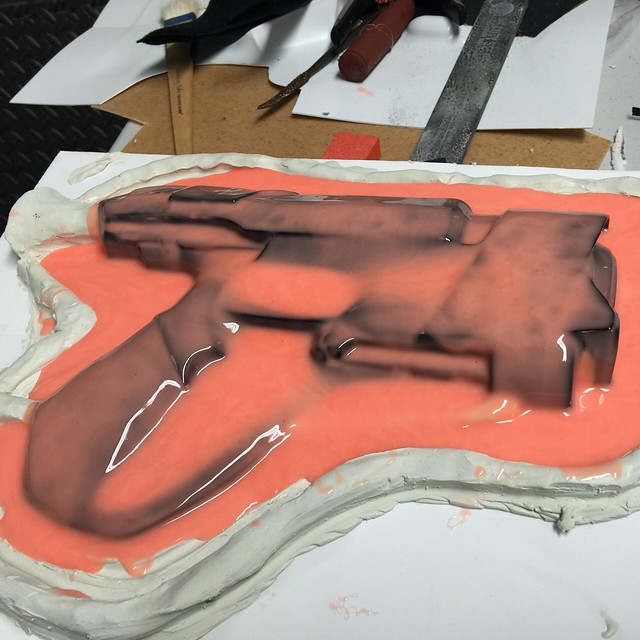 I was very displeased with the thickener I used for the Rebound not.... actually... thickening enough to keep it from running everywhere. 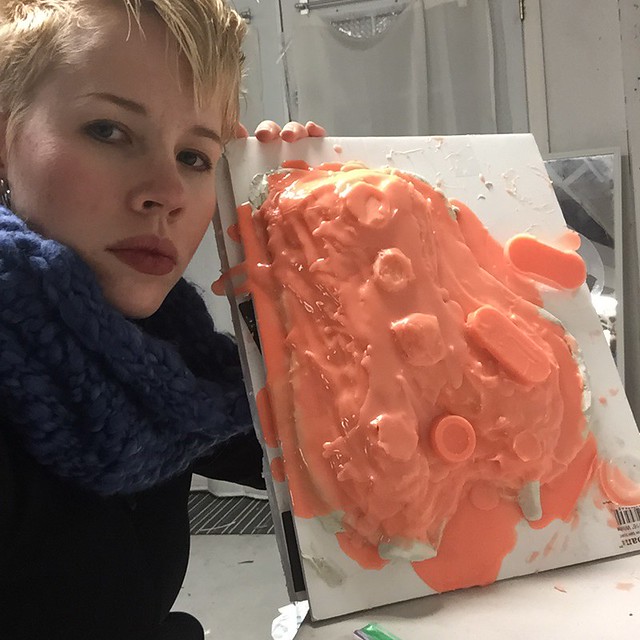 But I cleaned it up. 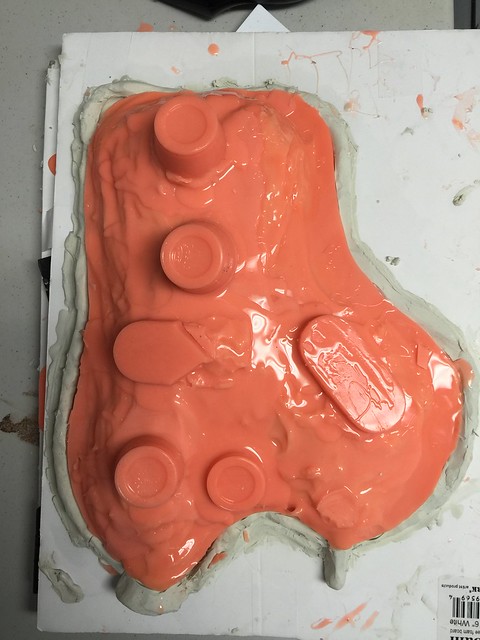 After I put plaster gauze on top of that, I took the foam board away and prepped the reverse side. 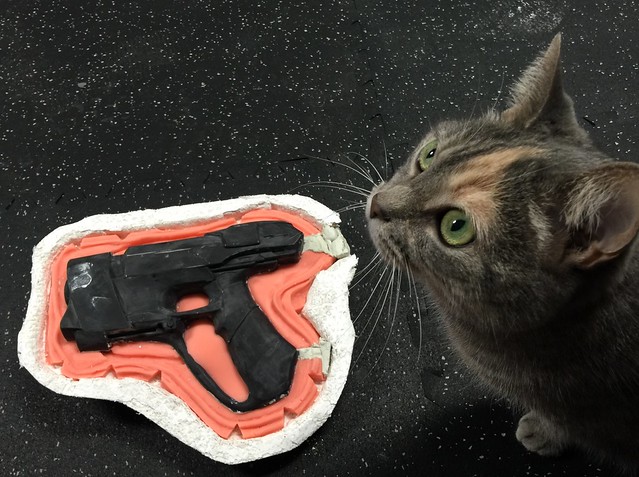 My kitteh cannot wait to take down the Lord of the Radch. 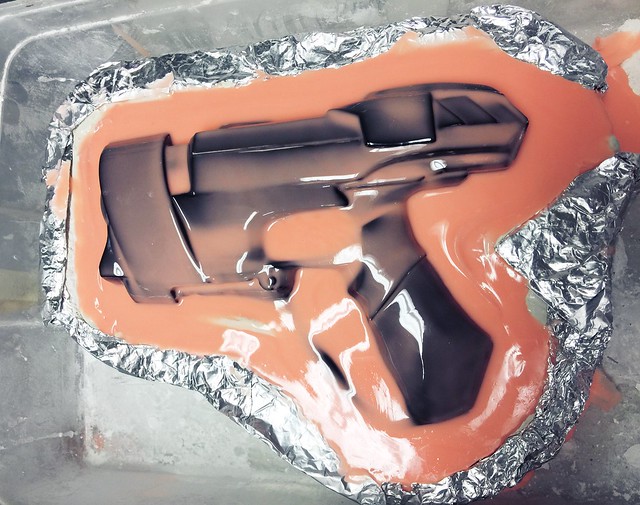 Today I am making my first cast of this gun. I'm writing this post to keep myself from opening the mold too soon. I've been waiting months for this. I know the first pull you make usually is not the best... I'm aware that my expectations shouldn't be too high. But you see, there are only going to be 24 of these made. Because in the novels, there are 25 guns, and including my original, there can be no more or no less. If a cast is a dud I'll have to fix it (rightly so, because each of these will be 50$ in resin to produce). 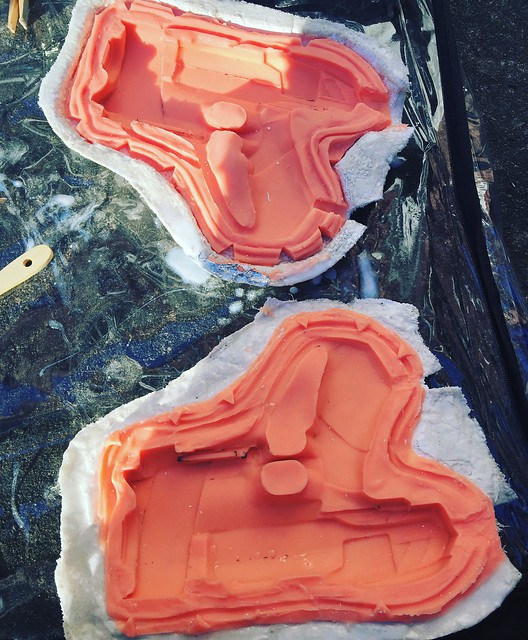 First pull was a success!

I damaged the jacket a bit from a leak, where it got stuck to itself so I had to cut the rim off. It can be repaired. Mostly when I noticed the leak I thought the casting inside was doomed. It came out pretty clean though.

Took a chance on some Indiana Jones replica props from Aliexpress...