I have built an animatronic upgrade kit for the Mattel Grogu.

EDIT, original thread had it listed as Hasbro, it's actually Mattel.


Its made using a Pololu Rome base, and a Hephaestus Arm with an esp32 as the controller and a ZenDriver as the motor control base. The 3 robots are the ones used by the Robotics Engineering Department at WPI during the plague year.

The esp32 hosts a wifi network and a small website that uses websockets for fast RC control on any phone. 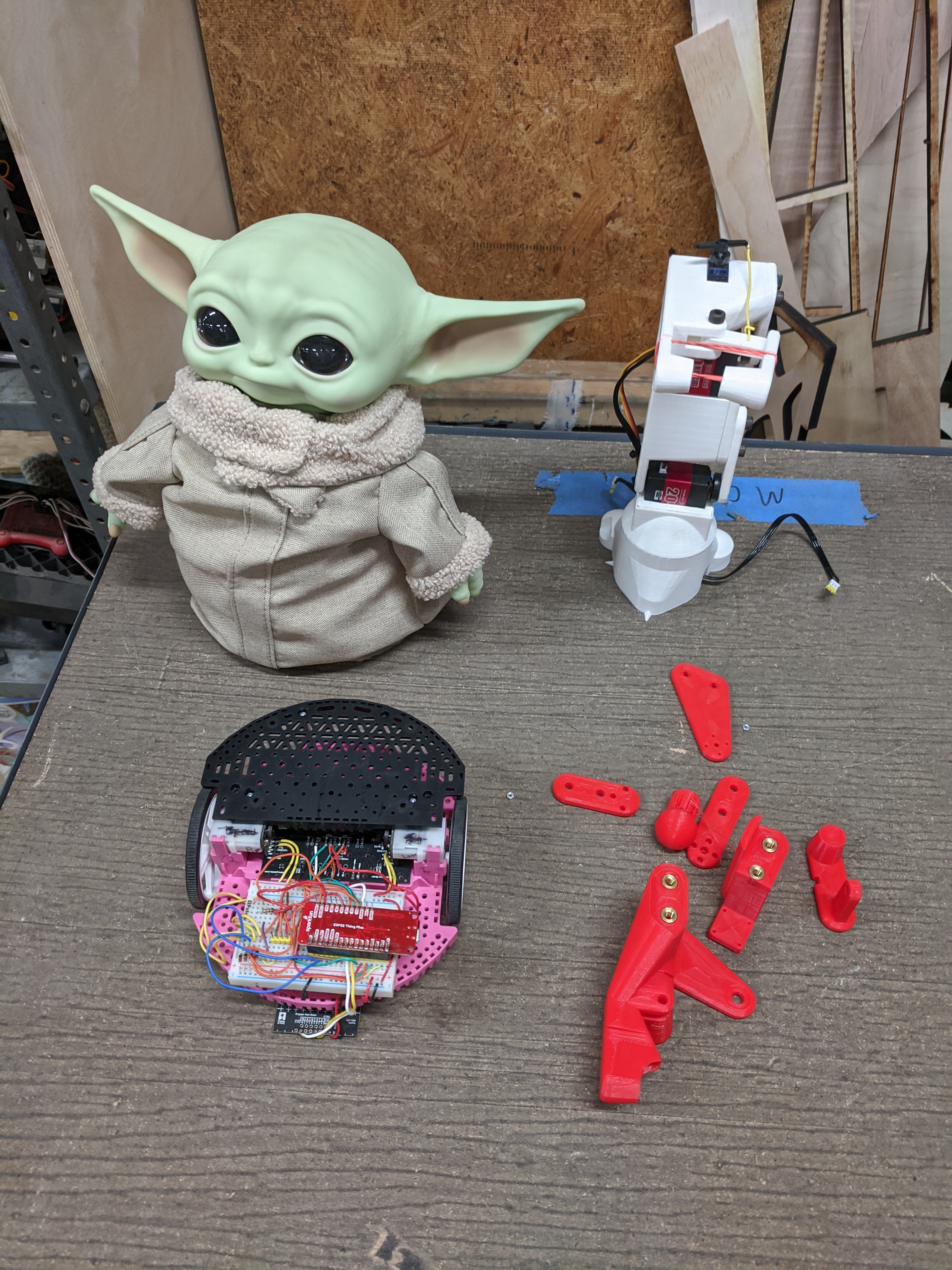 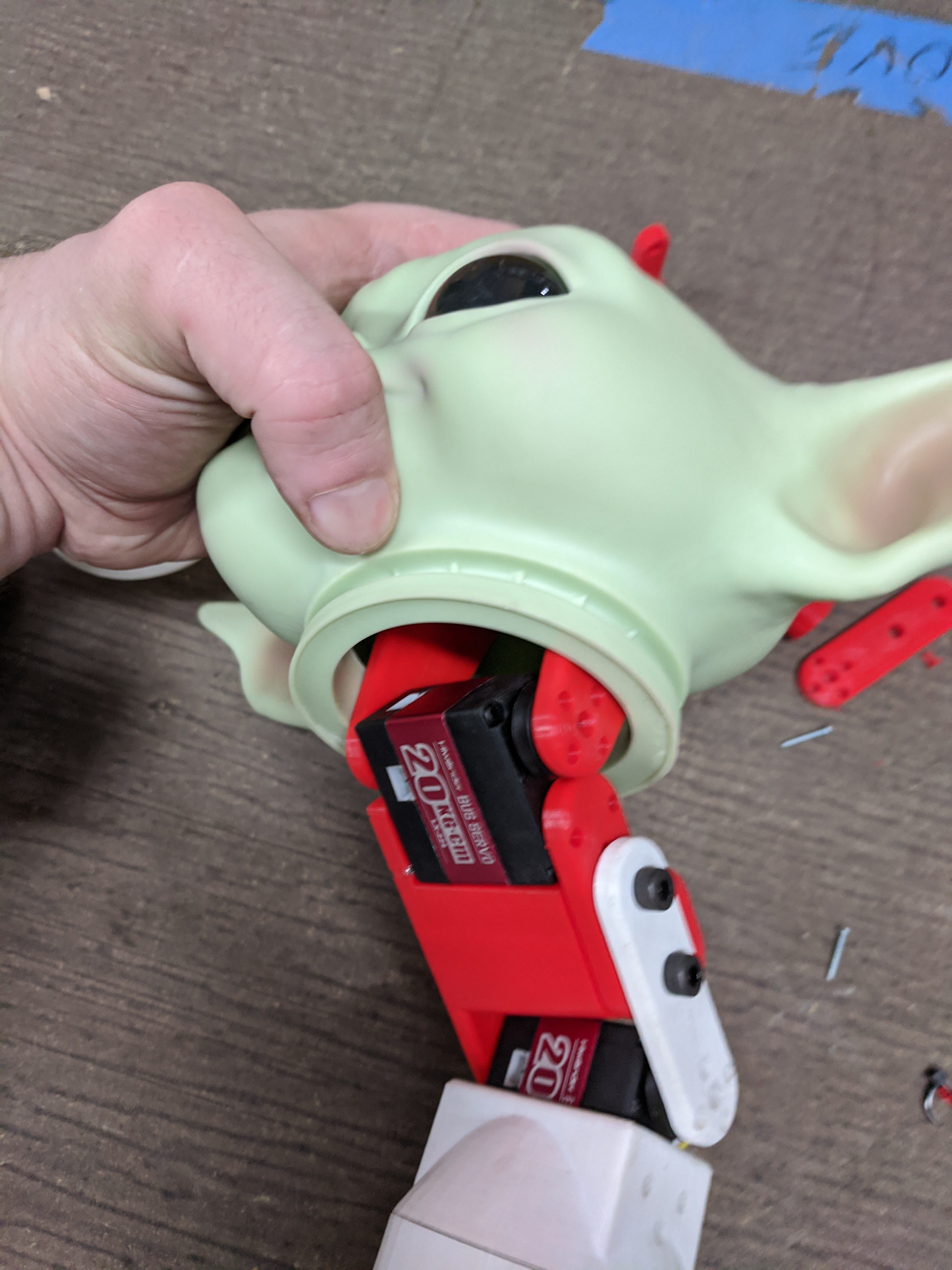 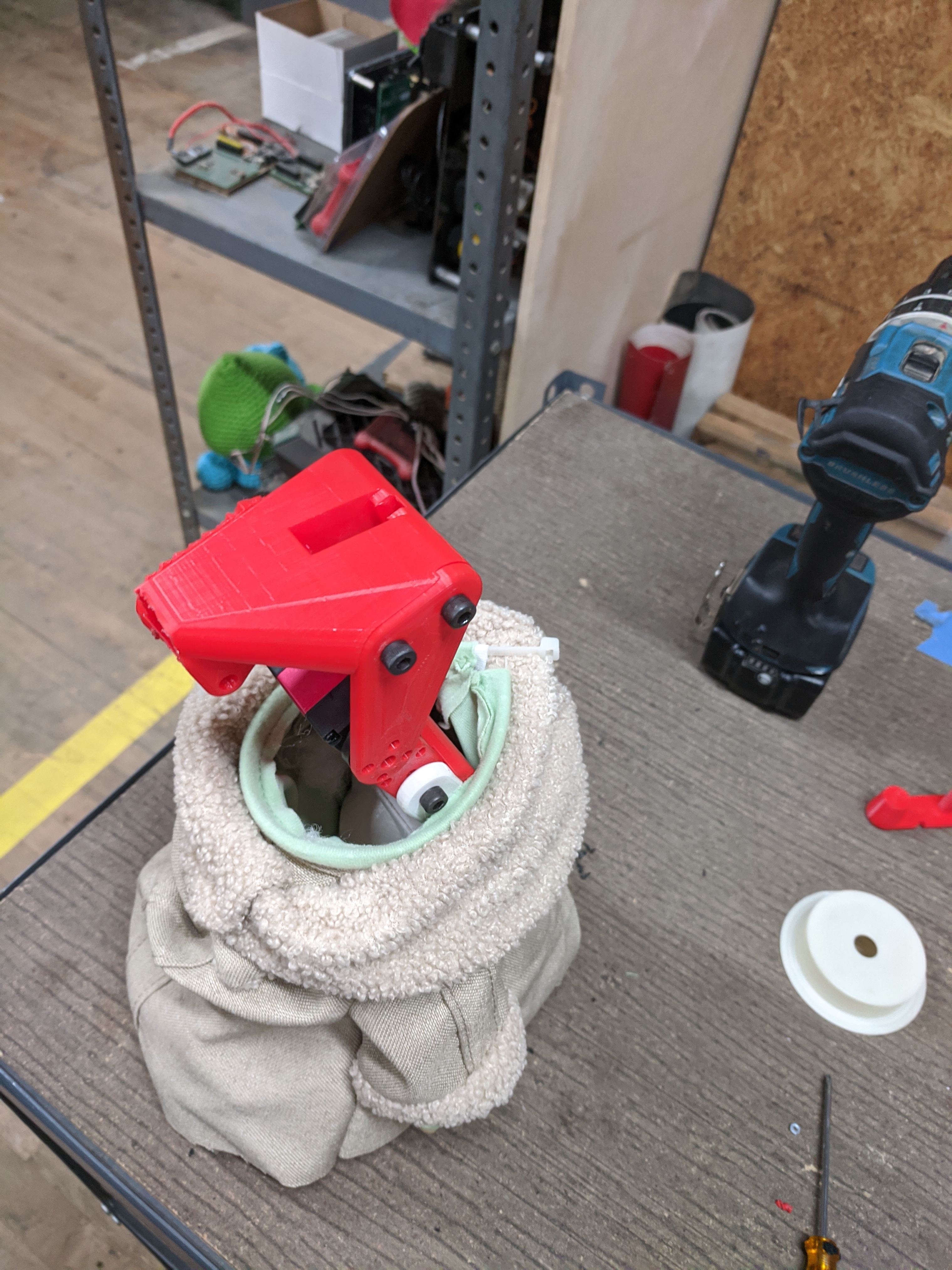 Me in my Jedi Robes with Grogu 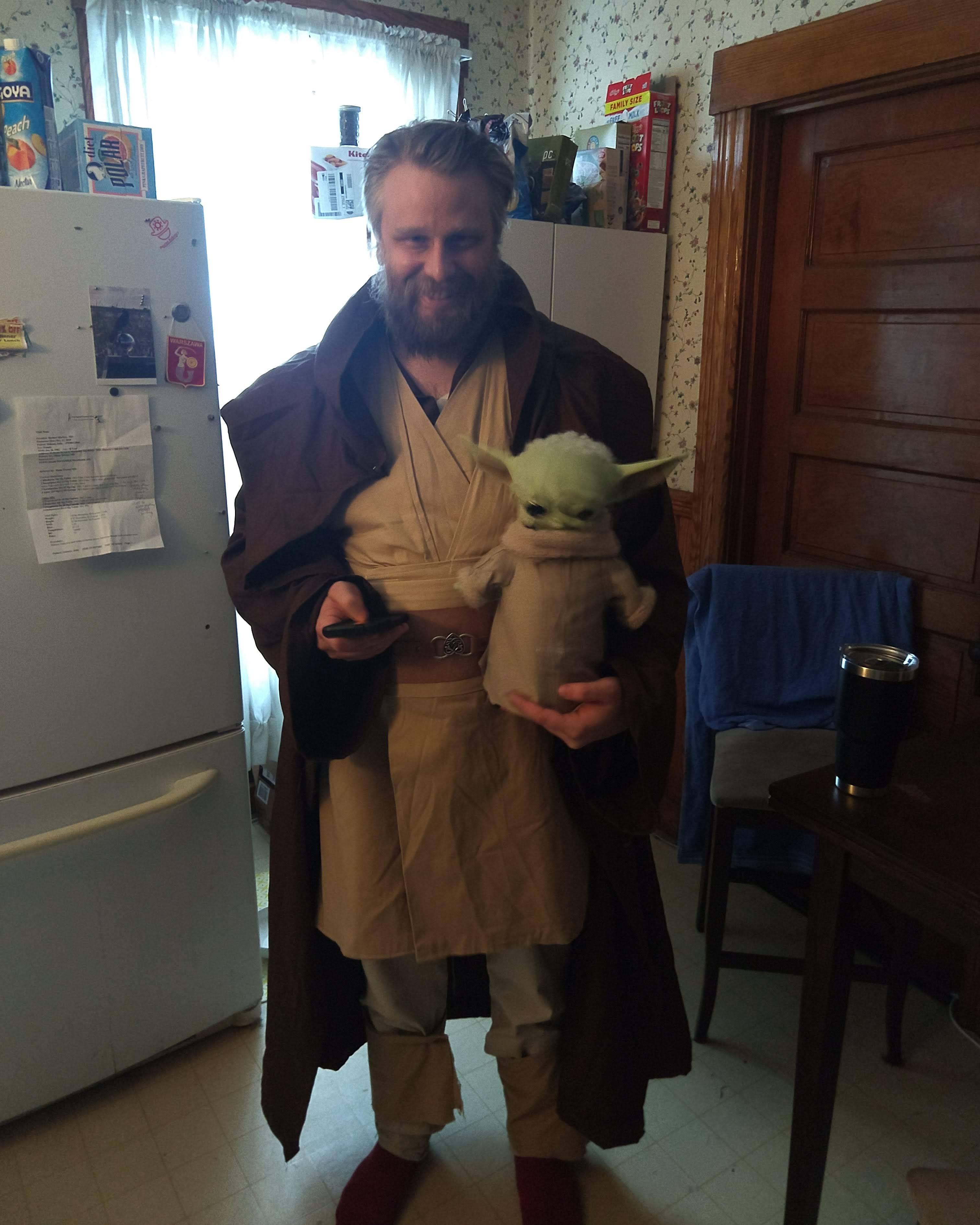 Here is a more detailed build process for those interested.

The base is the ESP32 version of the Rome: WPIRoboticsEngineering/ZenRobotBuildKit

The RC over web stack is found in this Arduino Library i wrote and open sourced: WPIRoboticsEngineering/RBE1001Lib

The smart servos are now usable in Arduino thanks to the new library i wrote and open sourced: madhephaestus/lx16a-servo

The animation firmware is here: Halloween2020TheChild/FirmwareTheChild

Here is grogu, with his twin and the WPI Cosplay group at Halloween 2020 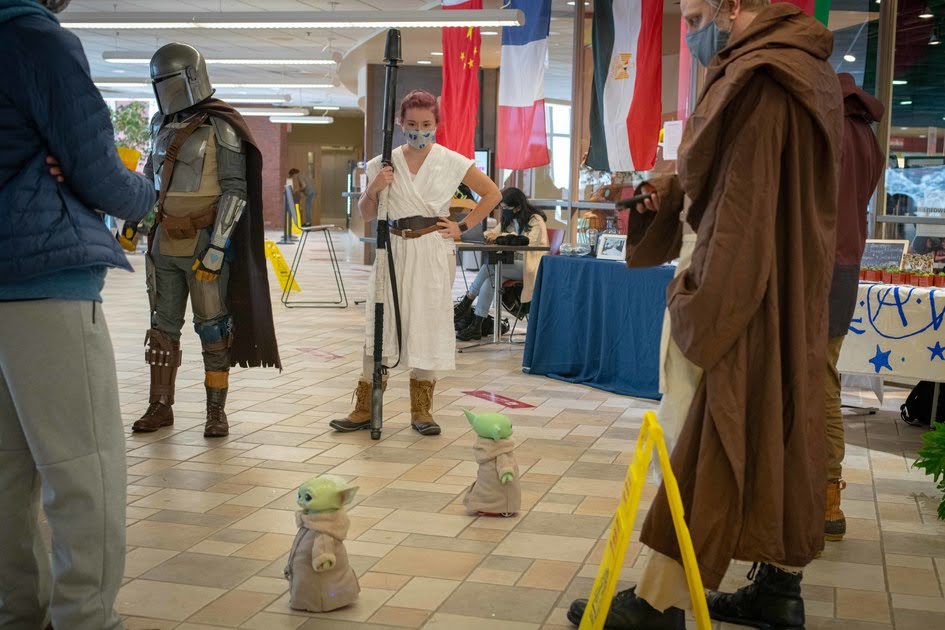 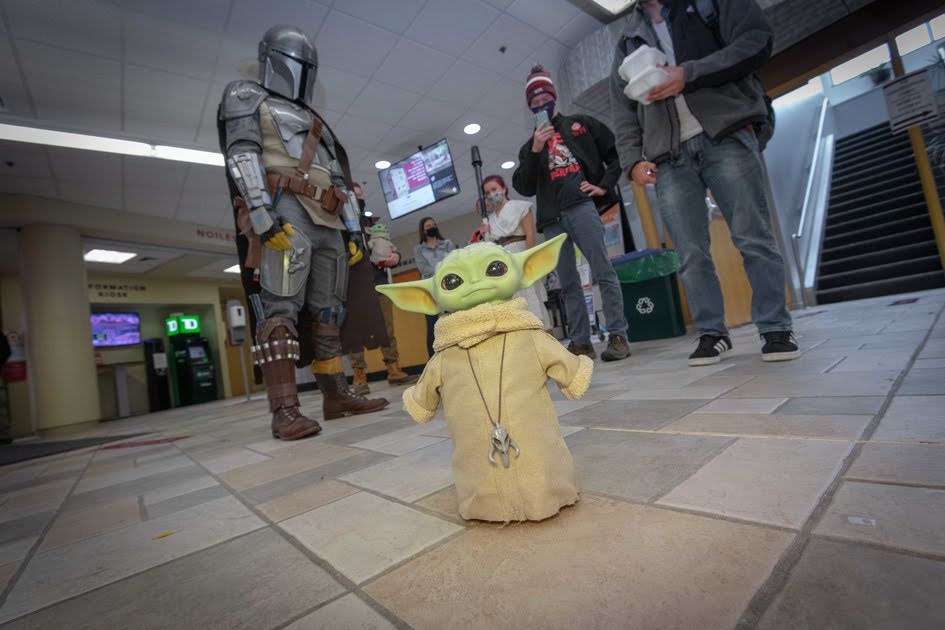 Moving forward I wanted to make a fully animatronic head. I started by trying to re-cast the PVC head into silicone: 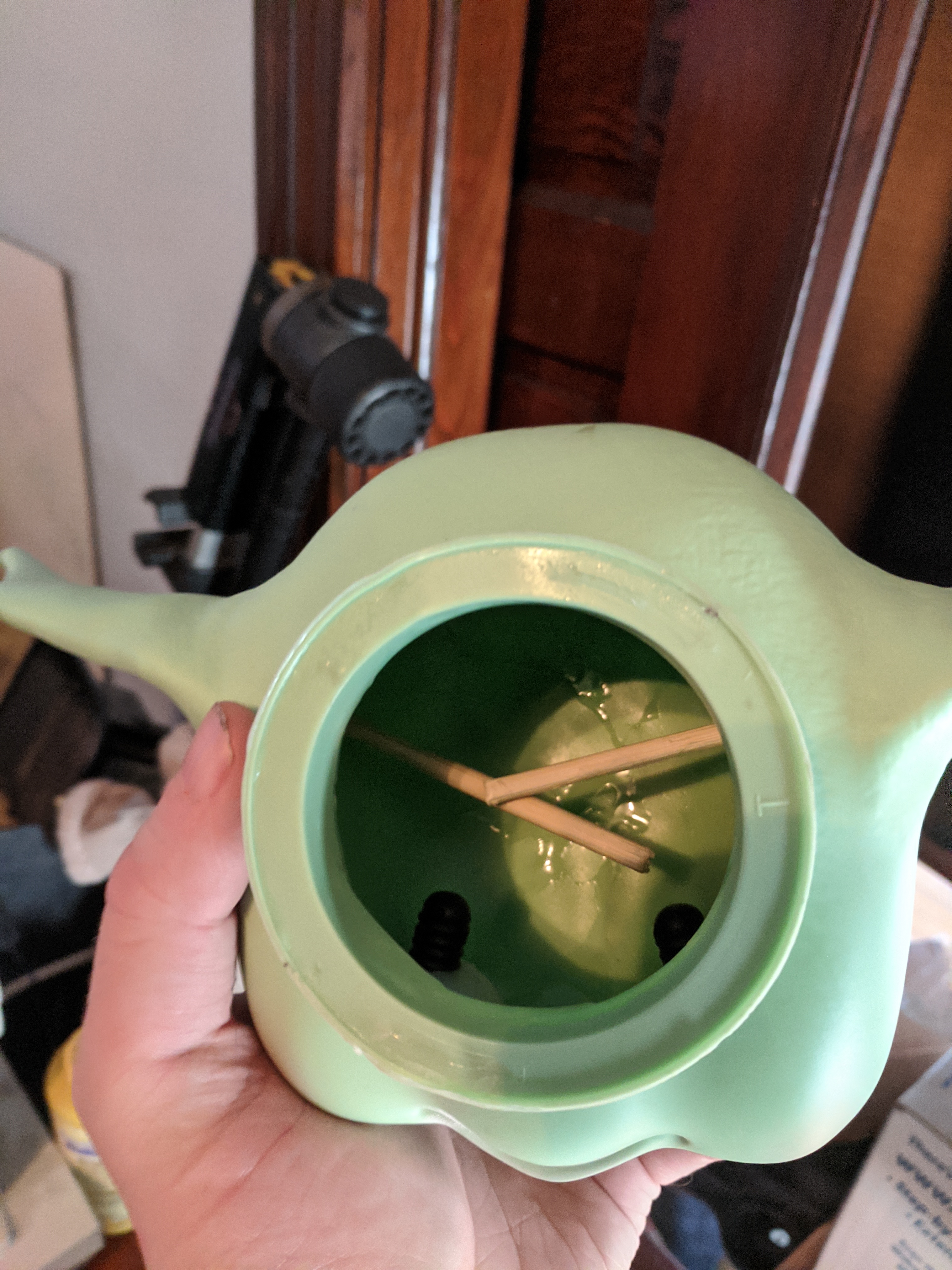 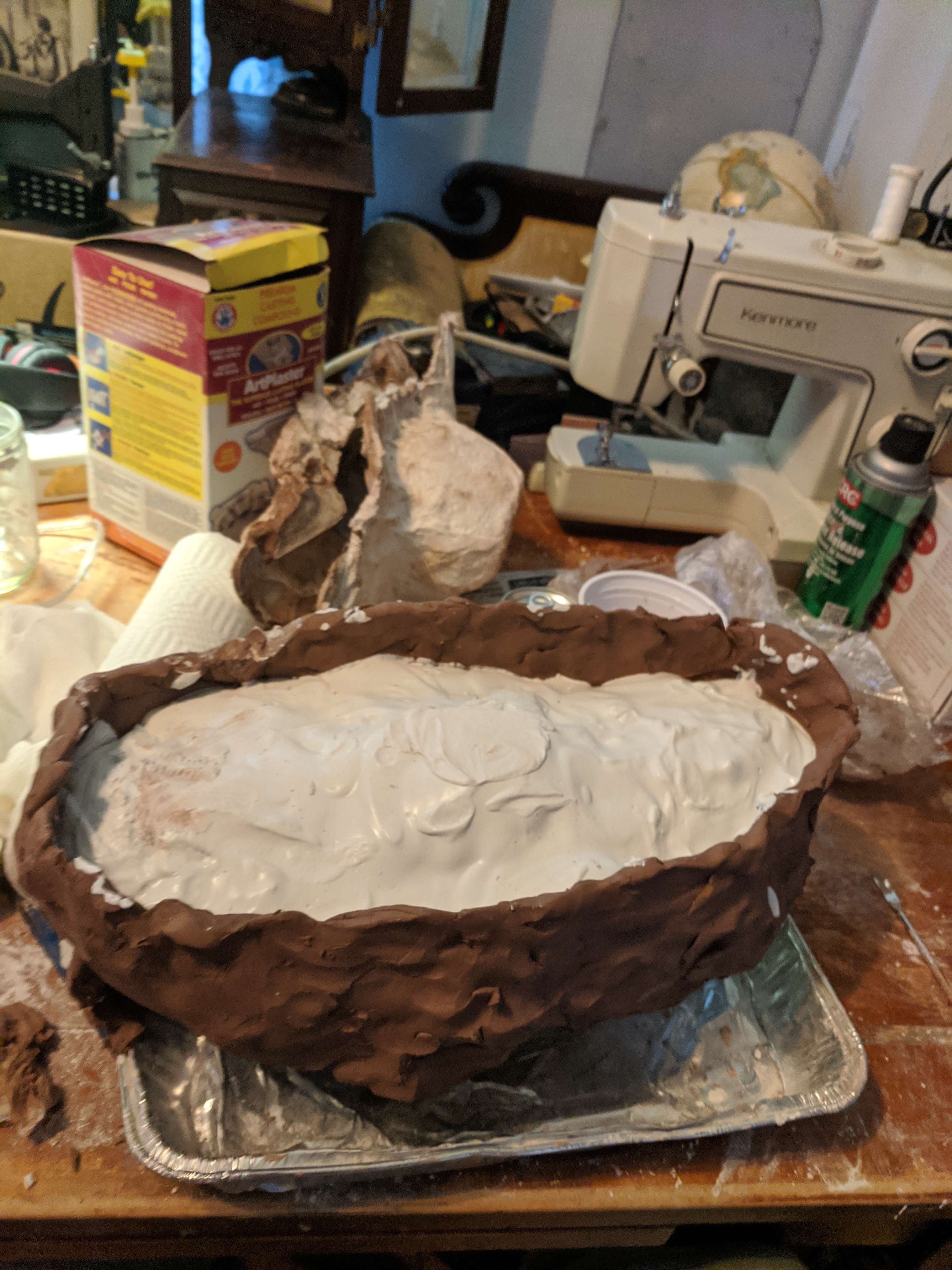 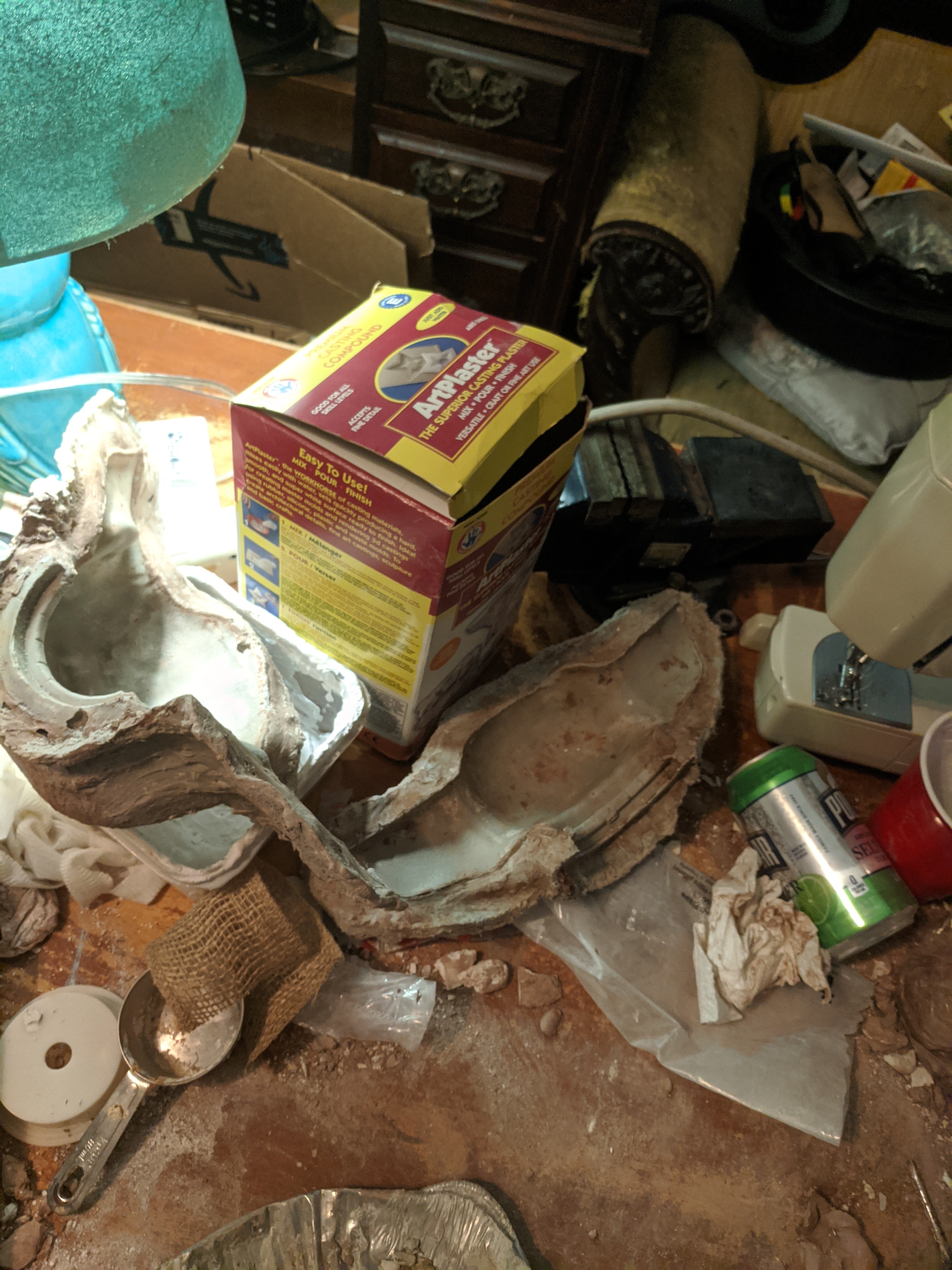 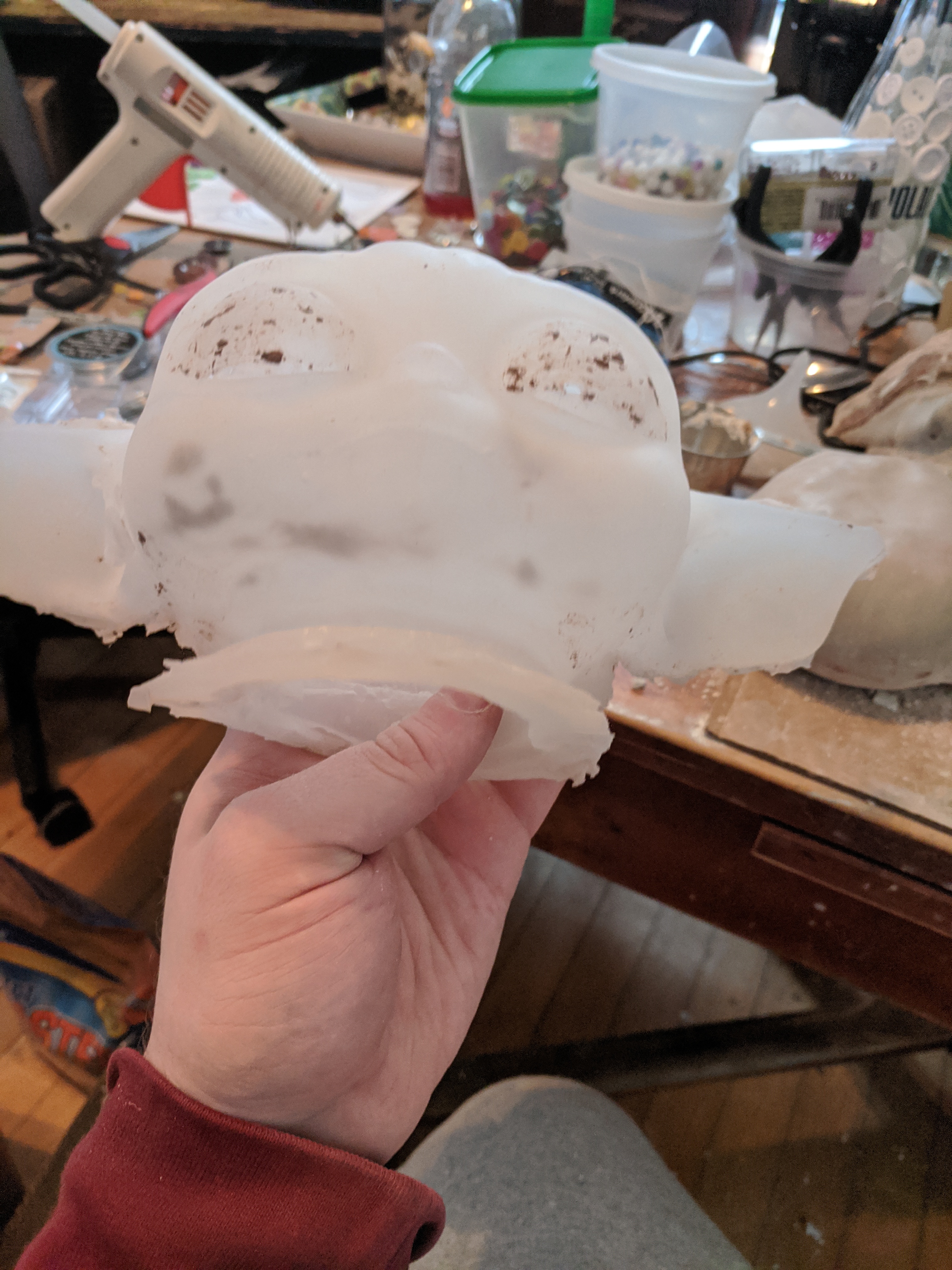 But the mold cracked after the first run... so thats a bit of a dead end. I got one out of it to work with to design the of the mechs, but will need to go back to scratch for making the final molds.

Now I am working on upgrading the Grant Imahara Project 842 CAD models into printable molds. Project 842 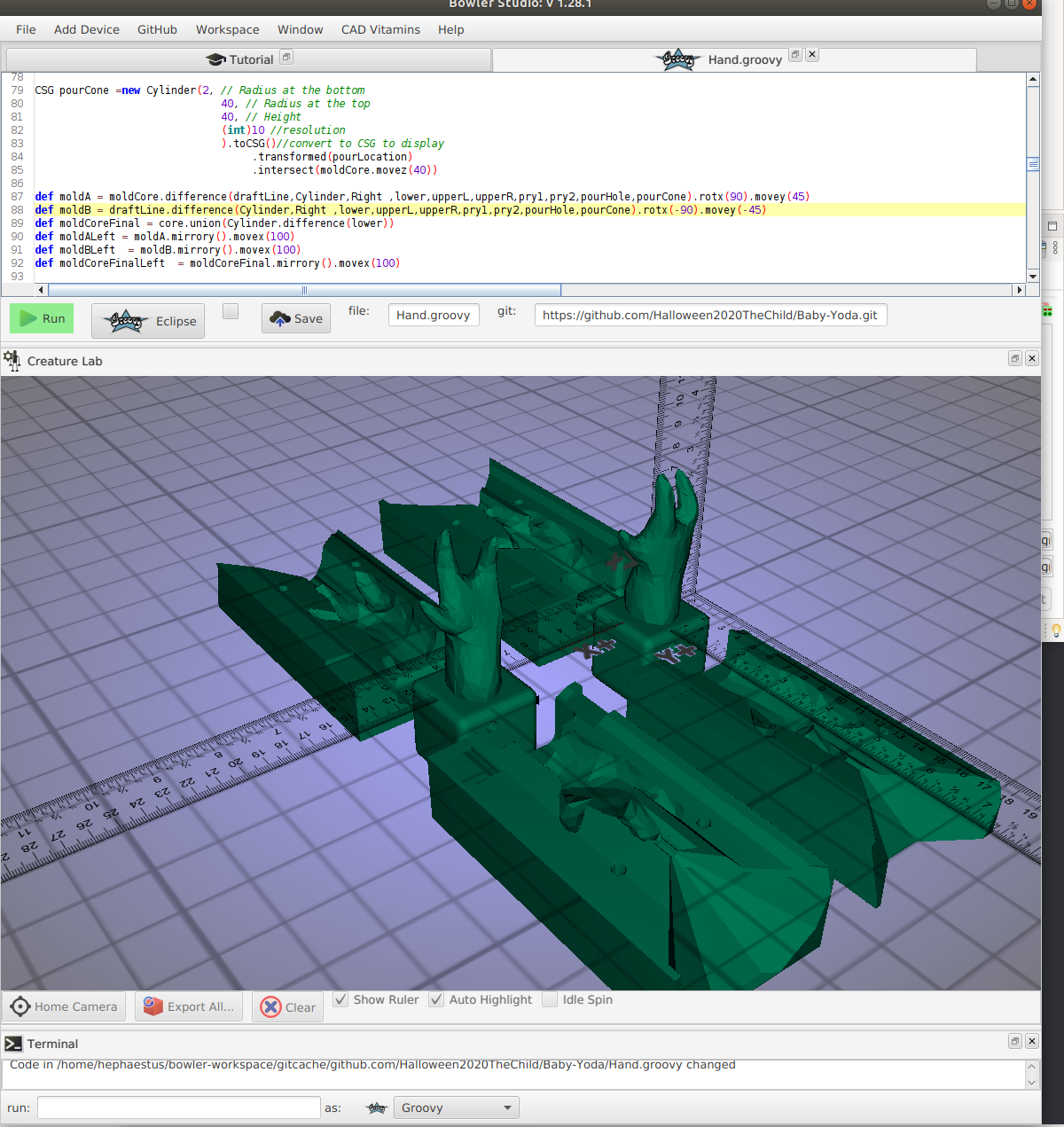 The goal is to have the entire system be something that is open source and able to be produced by anyone with a 3d printer.
Last edited: Apr 30, 2021

I have printed a set of Hand (glove?) molds! 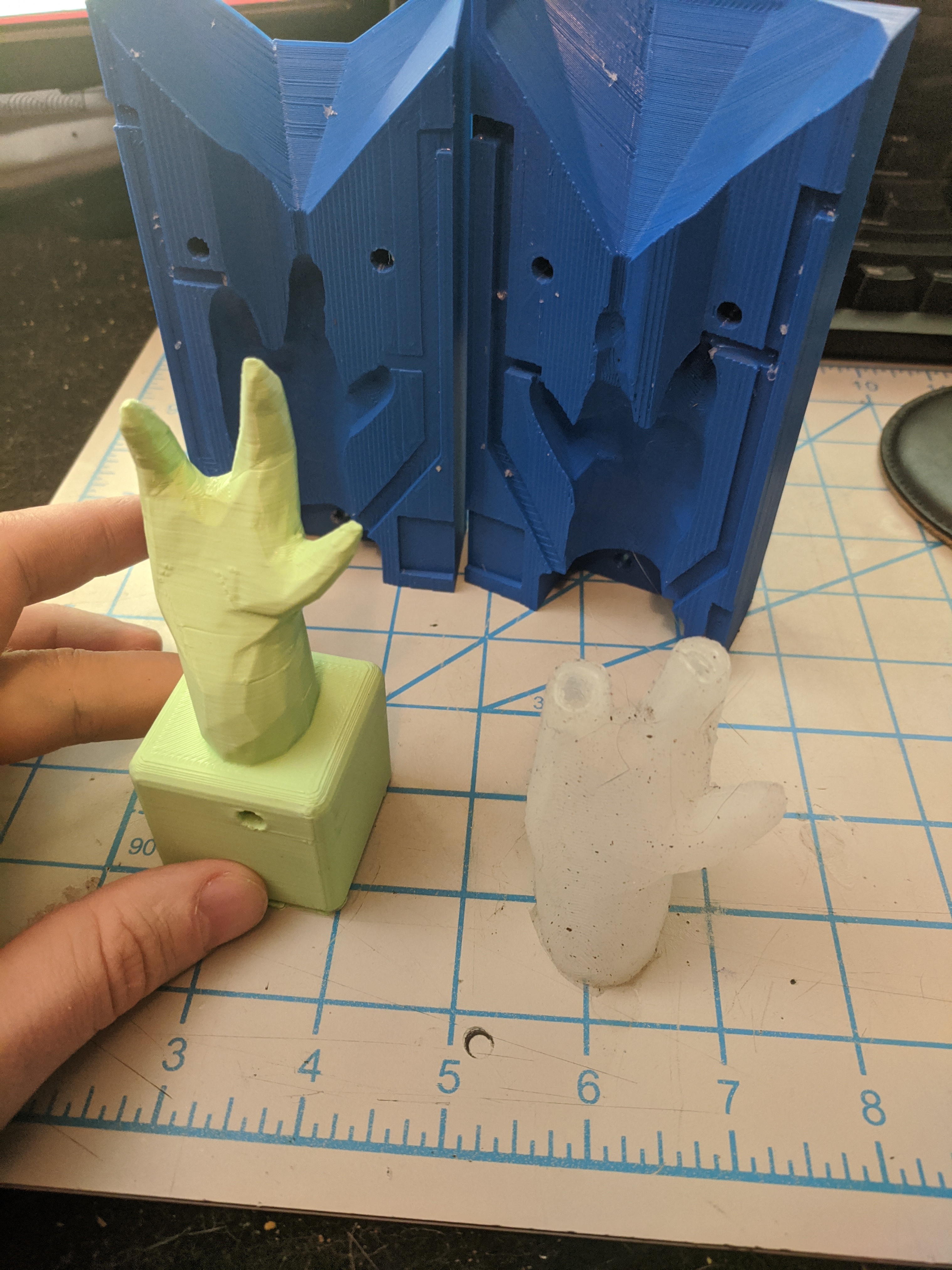 I used a vac chamber to pull the air out. The mode filled, but then began to leak causing the tips of the top two fingers to fail to fill. 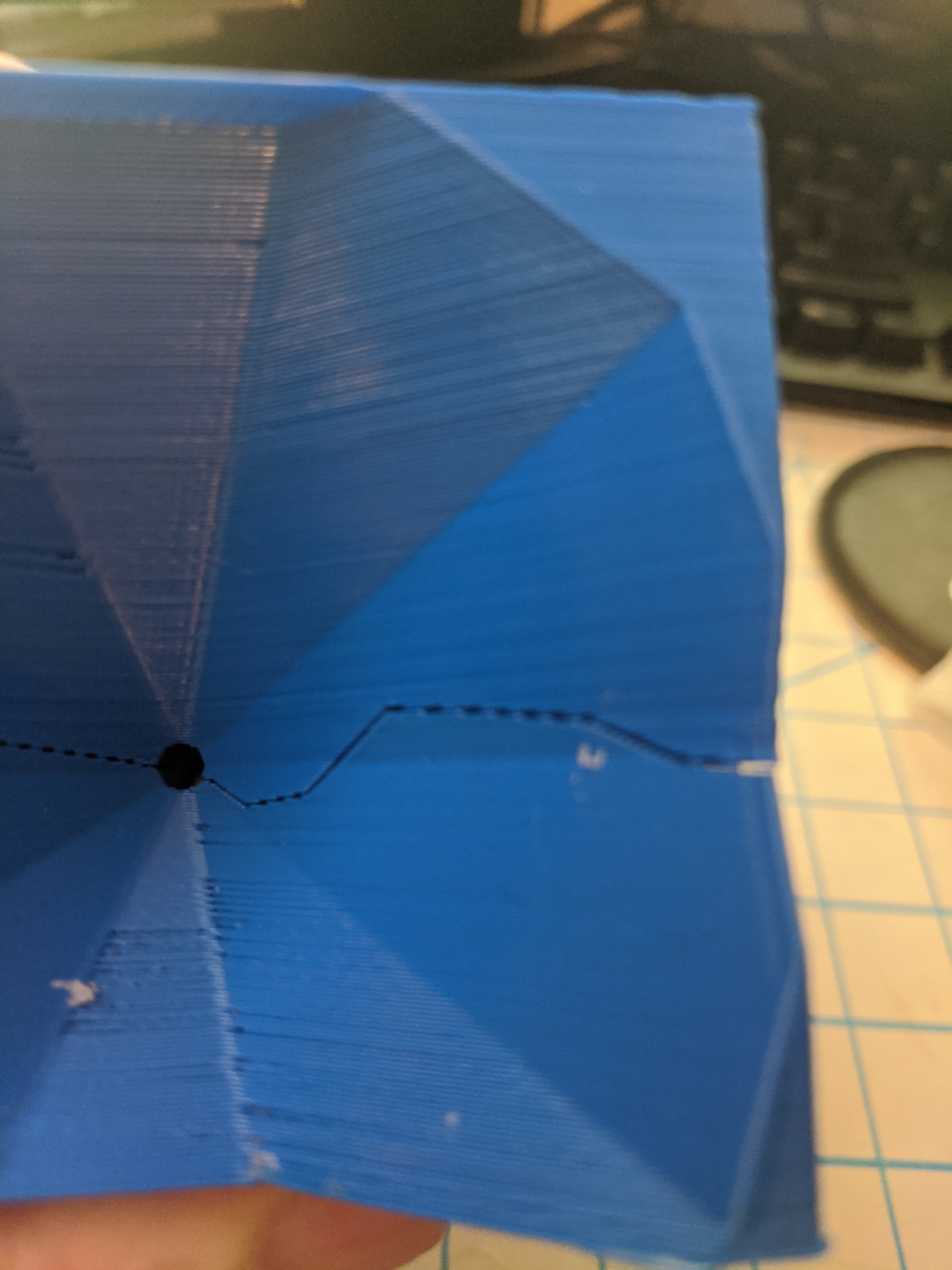 The issue came from the staircasing of the layers. I will try printing it in the other orientation to see if we can get a better mold seal.

Here are the files: 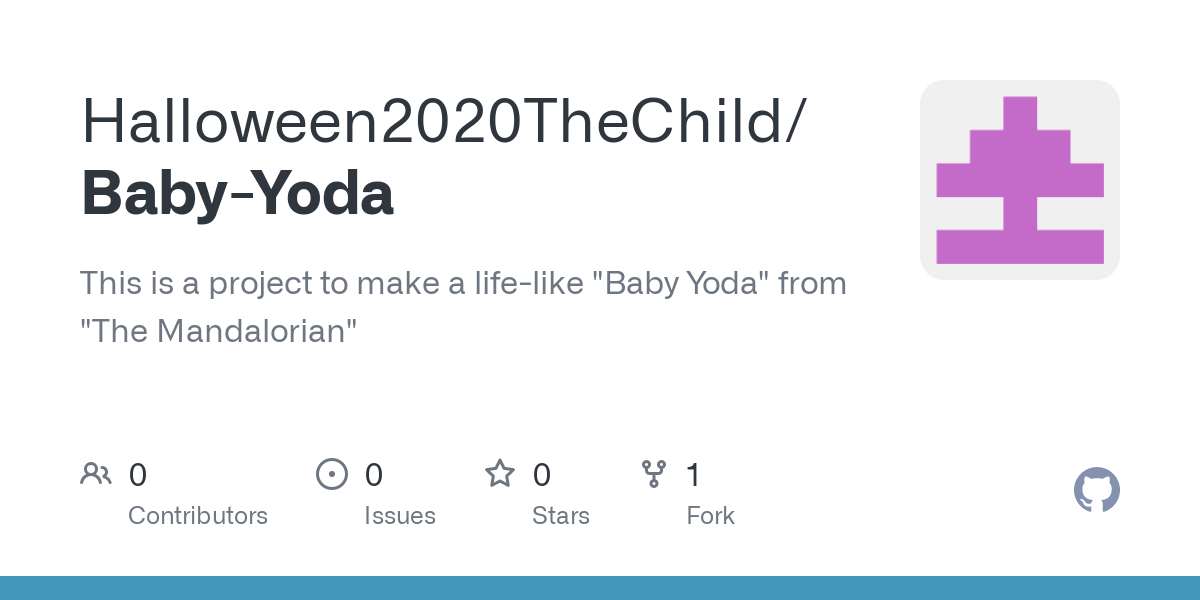 A
Hasbro Grogu in carbonite
2