I’ve had this for a bit and I feel I’ve researched this enough to have a clear understanding of what it is.

1995 ish Don Post asked LFL for a reference Tie helmet (as well as a stormtrooper) to use for the upcoming deluxe line. LFL (not having originial molds) pulls a helmet from the archives, and molds it. I have it from one source that it was the POC tour helmet (that the faceplate was reinstalled incorrectly on, hence why the forehead rectangle is on the outside on both helmets). This is the fact I’m not 100% on as it was only verified by one source, (who was at LFL at the time) so take that as you will.

The faceplate is not cast, as the SE/ROTJ mold existed and was in use at that time.
The sideburns are changed to differentiate it from originial (just as the ears on the stormtrooper they sent DP were altered). The cast is then SOLD by LFL to Don Post.

Don Post uses the grey helmet as reference, but does not use a direct cast. There are MANY differences between the grey helmet and the Don Post deluxe (size, sideburn rectangles, face etc.) This helmet is NOT the same as the DP deluxe Tie at all. 1998 is when the deluxe is released. The grey helmet is put away.

Late 2006 John Fasano of Don Post Studios contacts the person I bought the helmet from. I have email exchanges regarding the sale ( John also sold the storm trooper helmet used for reference and a prototype of the Boba Fett deluxe). The new owner posted about getting the LFL storm trooper on the FISD when he got it. I actually spotted the tie in the background of those pics and asked about it..in 2007!

In 2014 a deal is worked out to have it molded by Mike Warren. It is between the owner, the molder and one other. I’m omitting names and those involved can identify themselves if they wish. The entire helmet is molded. COPIES of these molds (minus the faceplate) are acquired by RS and it is used as the base for their Tie and X-Wing.

A few months ago I’m digging for Tie info on the RPF and notice a very old post by the owner saying he has the Tie. We begin messaging and sharing pics and info. Just as a goof I ask if he’s ever thought about selling it. He said he’d have to find someone who would really appreciate it ..so a deal is struck and it is now in my collection.

So what we have is the only known time (at least as I could find out) a production Tie has been molded, and the only LFL made Tie Pilot in existence.

The helmet itself is white styrene. It has all the tells you would expect in a screen used Tie. The mowhawk nick is filled in the outside but you can see and feel it on the inside. The sideburn rectangles look as if someone just pressed something into the wet mold.

The ears are direct copy of screen with no modifications. There are tells on screen used and they all are present here.

The trident is slightly different than screen, it’s slightly narrower but the angles and shape are dead on. It has tells found only on screen used. So I believe it has screen origins but has been slightly modified. The center strip is a few mm thinner than screen as well. Perhaps a way to differentiate from screen while making it slightly smaller for DP? Just speculation on my part.

As for the faceplate I am not a stormtrooper expert (other than the hero face used on Ties) so all I can share is what I’ve been told. It’s a ROTJ based faceplate. Made during production of the helmets for the Special Edition. Supposedly the only one that has not had the teeth cut out.

The pill box is just a formed plastic rectangle.

All the trimming and assembly is the same a screen used.

It’s a really interesting piece of LFL/Tie Pilot history and I feel very lucky to get to own it. If you have any info on it please contact me. It’s a great research piece and, with how much original Tie helmets have sold for, the closest I’ll ever get to screen used! 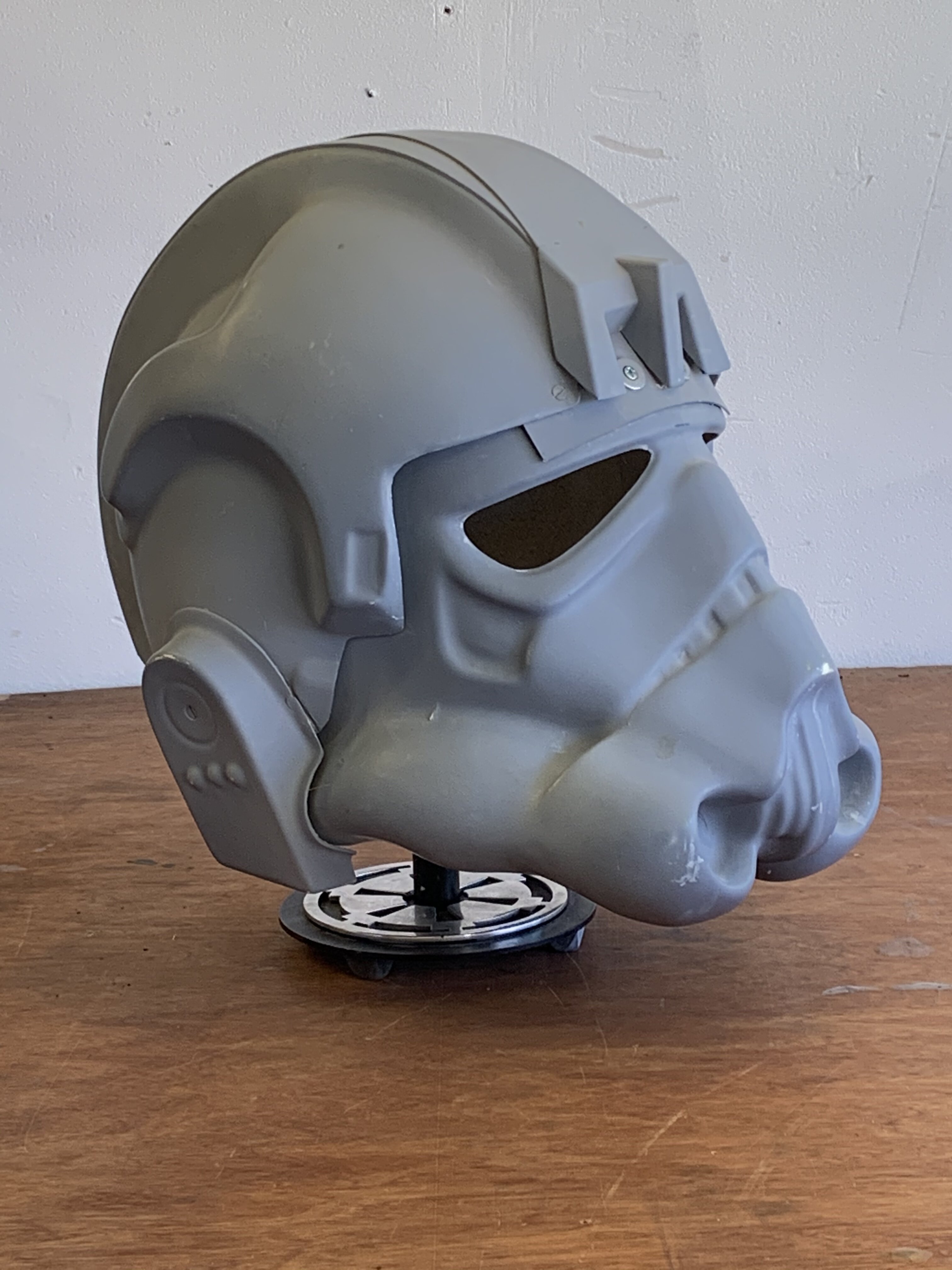 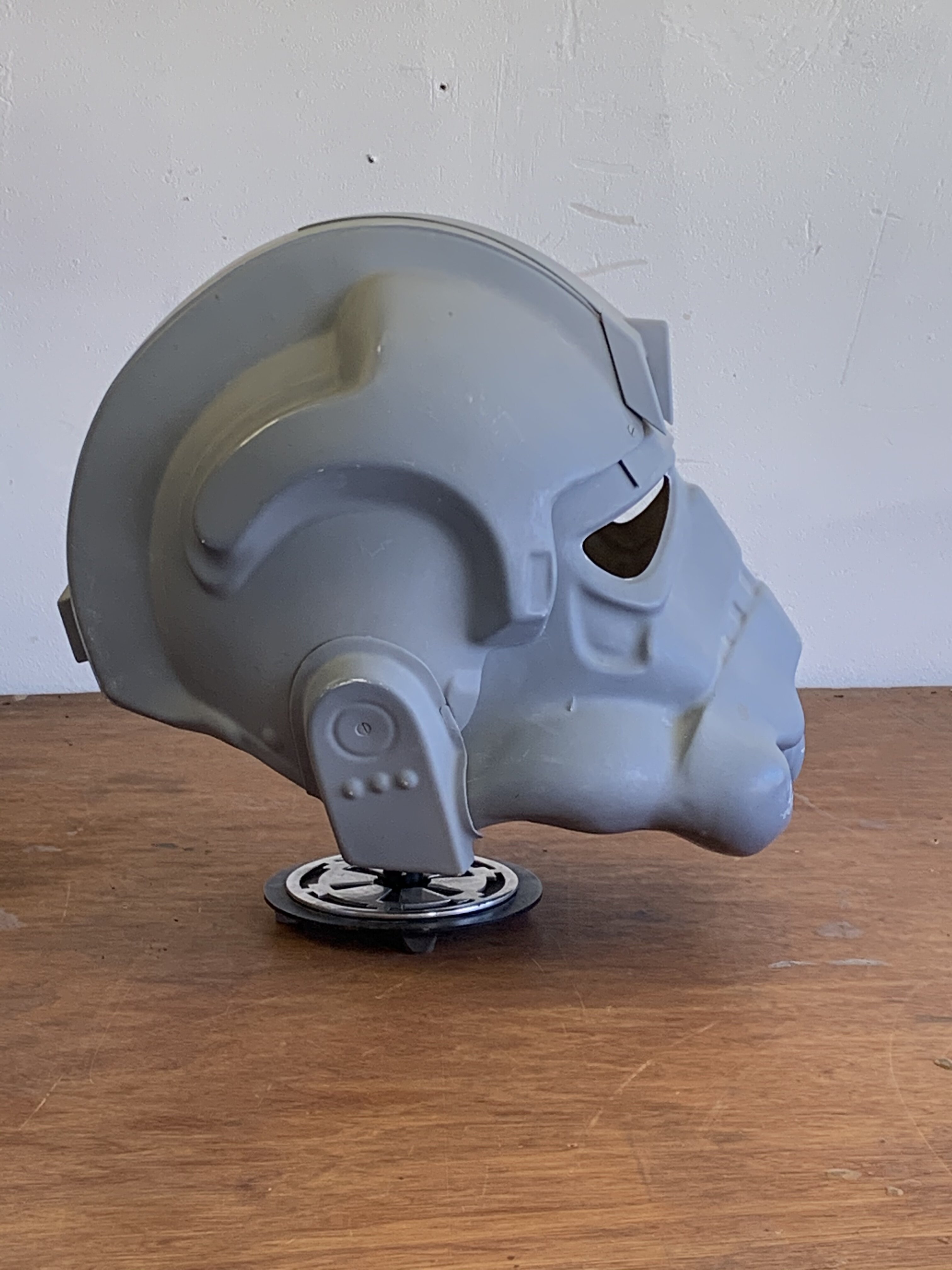 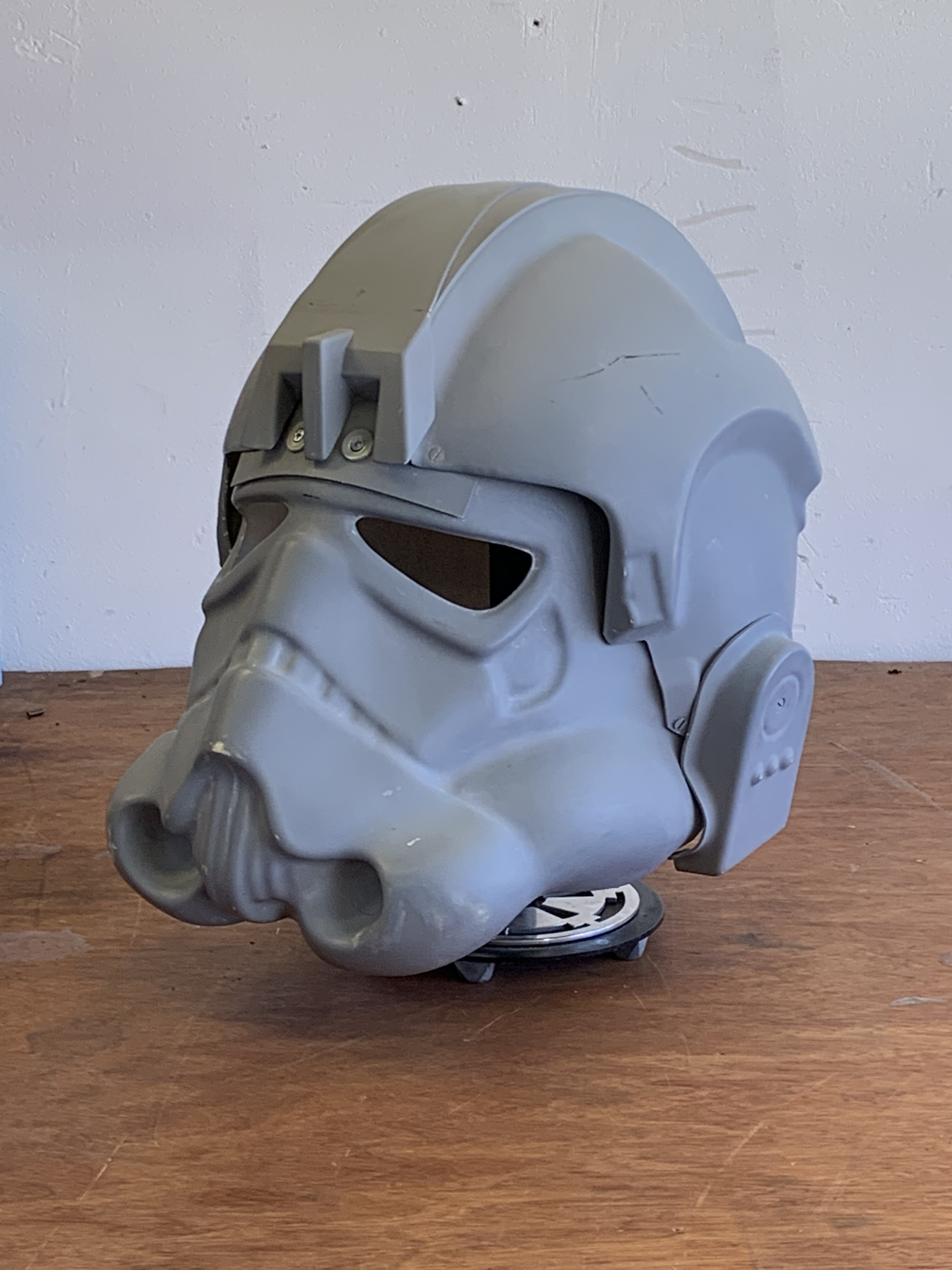 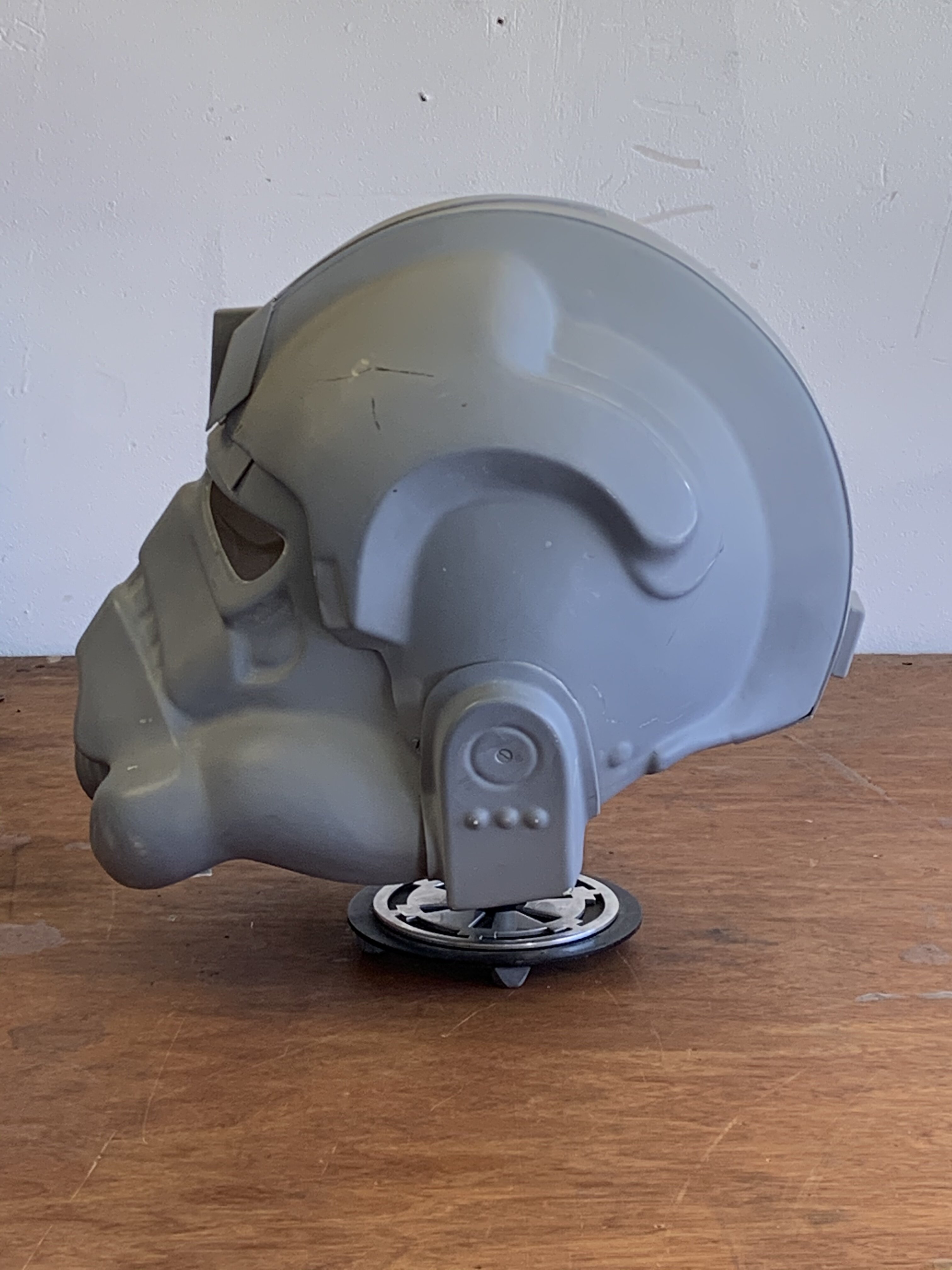 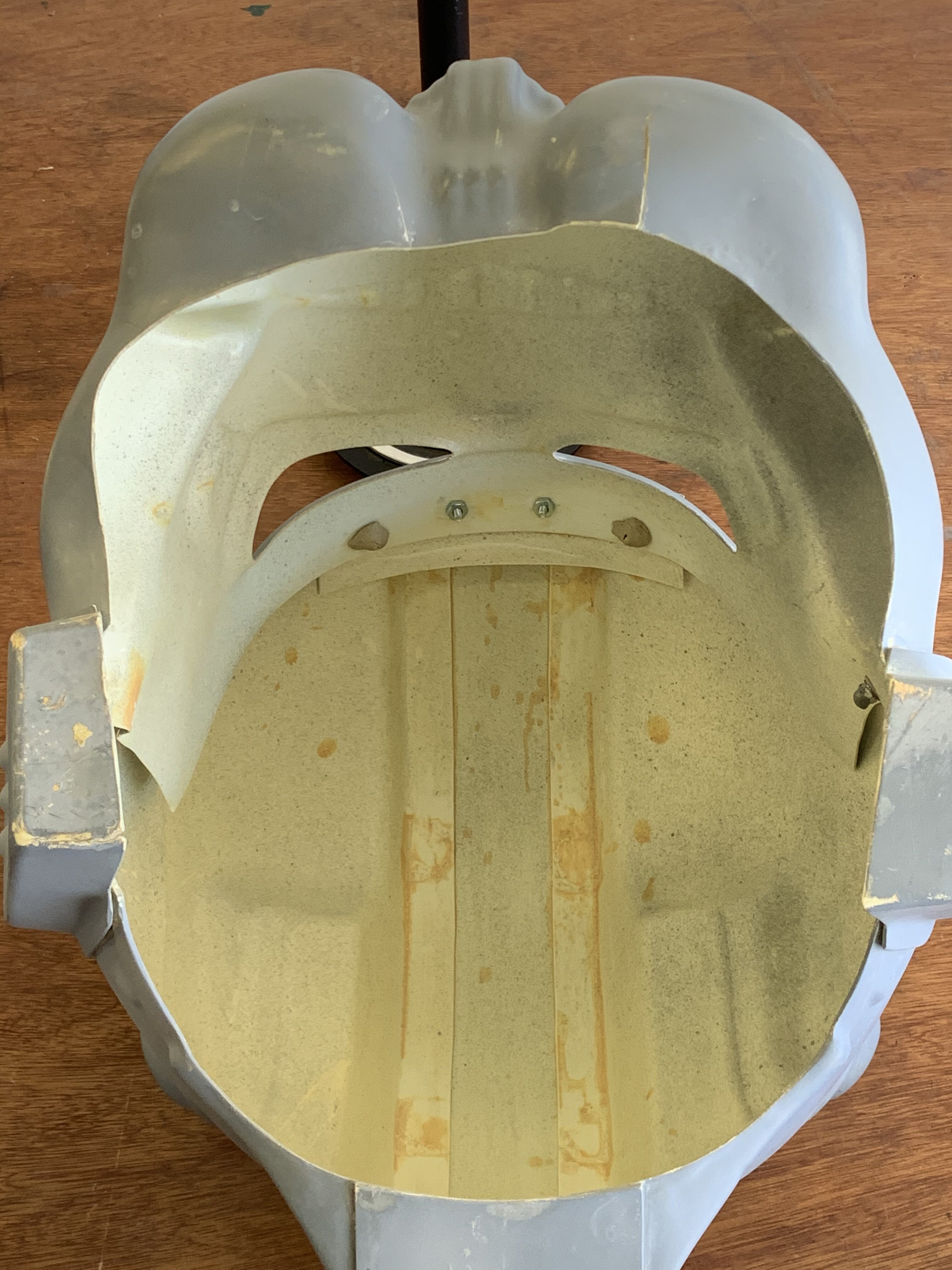 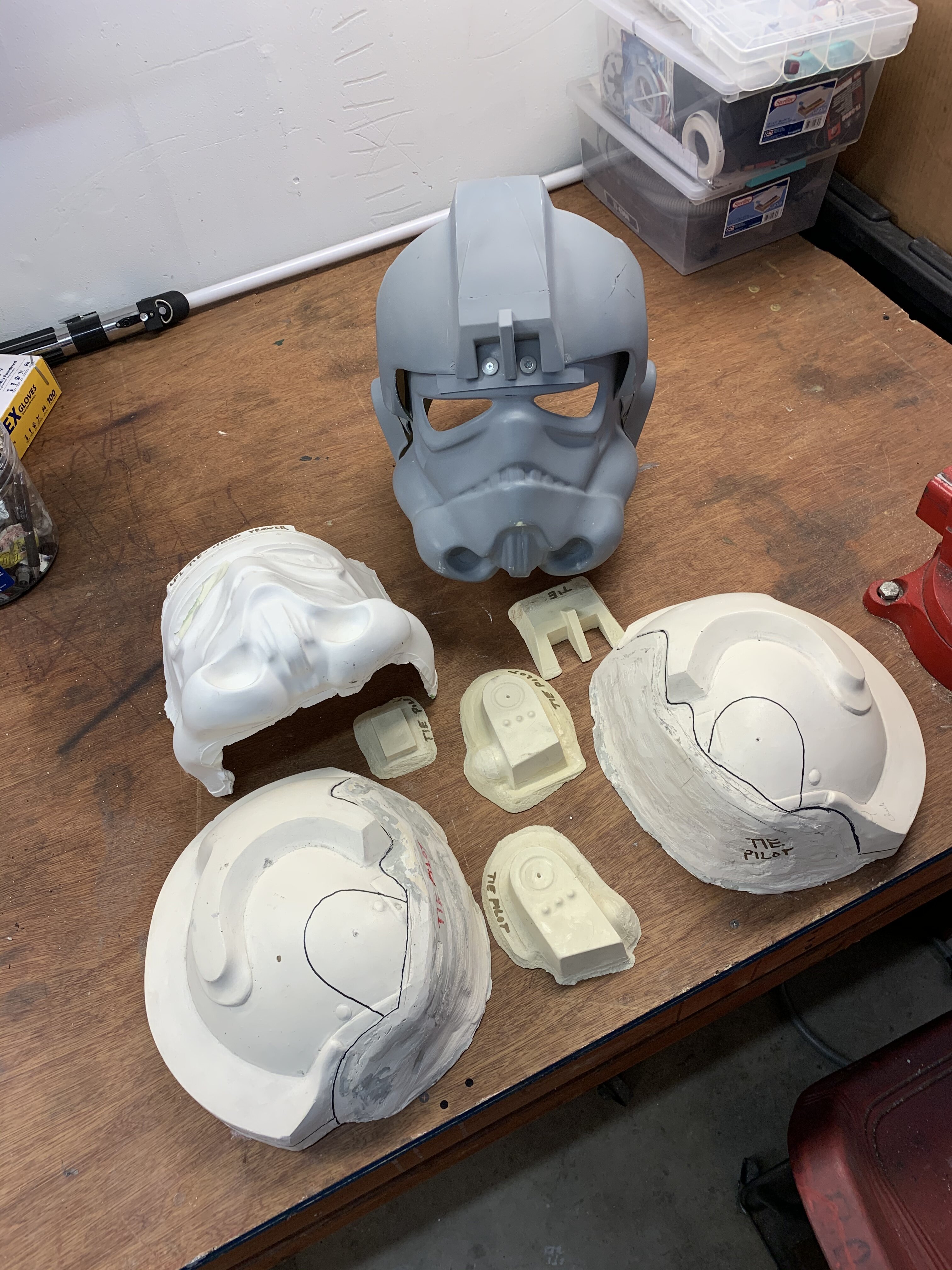 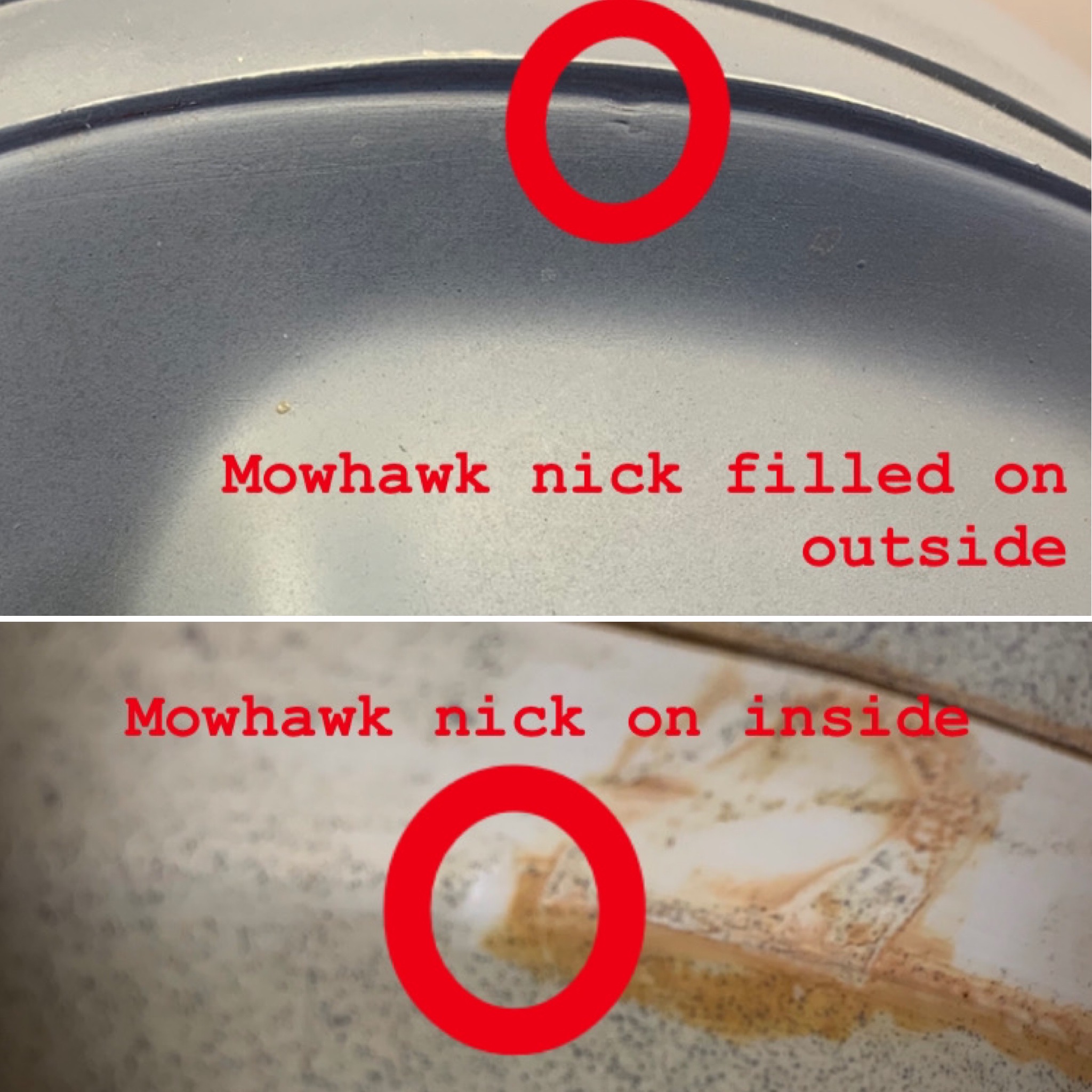 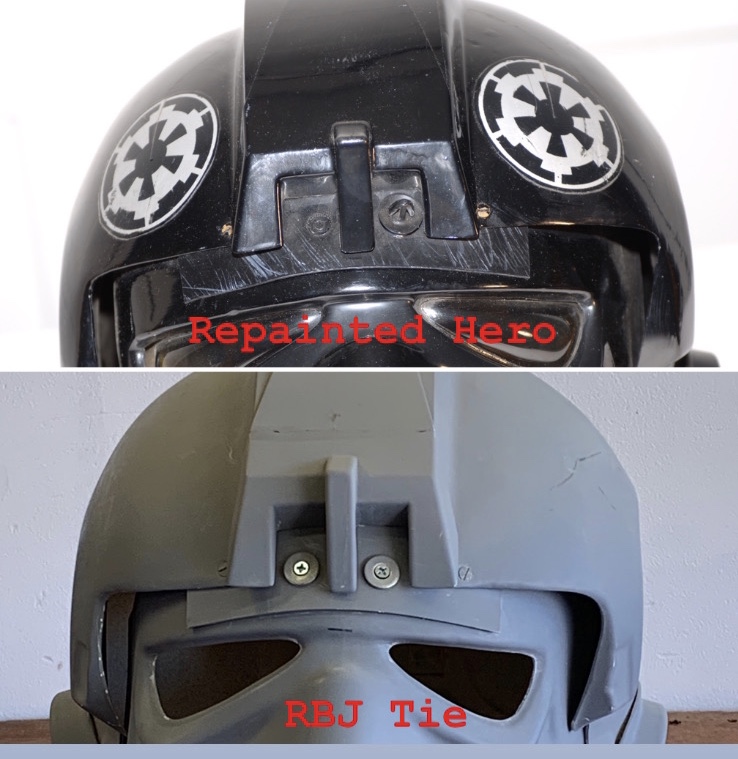 RPF PREMIUM MEMBER
that is one amazing piece! Congratulations!

Congratulations. As I said on another place, after the time you spent on studying TIE pilot, that's great this helmet ended between tour end.

So did you got the molds with this helmet?

Nairod said:
Congratulations. As I said on another place, after the time you spent on studying TIE pilot, that's great this helmet ended between tour end.

So did you got the molds with this helmet?
Click to expand...

Thanks (to you and everyone!)

After I got the helmet, and it was cleared by all parties involved, I was able to secure the molds as well.

RBJ said:
Thanks (to you and everyone!)

After I got the helmet, and it was cleared by all parties involved, I was able to secure the molds as well.
Click to expand...

Any chances of there being a run?

juajn7fernandez said:
Any chances of there being a run?
Click to expand...

Id be happy to get a faceplate!

RPF PREMIUM MEMBER
Edit* Re read your post and got my answer.

Such a cool piece of Star Wars history!!

RPF PREMIUM MEMBER
That is so freaking cool. Nice pick-up...

I was the original owner of the TIE Pilot and I also had the Stormtrooper as well. Happy to say that after enjoying them myself for years, they both ended up in the right hands.

One small correction, John Fasano was not at Don Post Studios - at least not that I was aware of. He was part of a (Halloween) Mask group/forum (can't remember the name) and I think he was friends with someone at Don Post Studios (maybe DP jr...can't remember). Anyway, I am friends with a guy( Steve) who John Fasano was friends with, and my friend was also part of this online mask forum. So John tells Steve about the Helmets, who then tells me about them. Don Post Studios (Or someone associated with them) are looking to sell the pieces and wants to know if I was interested, otherwise they were going to sell them on the Mask forum. I was, especially for the price.

Thanks for the clarification. In my digging I found out that Fasano had designed masks for Don Post (as well as writing Another 48hrs and Die Hard with a Vengeance among other movies! Quite a interesting guy!) I guess I assumed he worked there at some point. But now that you mention it I remember it was a friend of a friend type deal.

And thanks so much for letting me be the new caretaker of this piece!
Last edited: Sep 14, 2020

Thanks for the story and pictures. This really IS an amazing helmet.

juajn7fernandez said:
Any chances of there being a run?
Click to expand...

I guess that you should have started with this information ^^

I still have no Tie Fighter helmet in my collection.But a kit of this one would change that.

Friday at 2:33 AM
Inquisitor Peregrinus