I've been messing about with this spider model mostly because I like a little break between dinosaur projects but I've also been wanting to try making something with a lot of movable parts, just to see how it well would work. 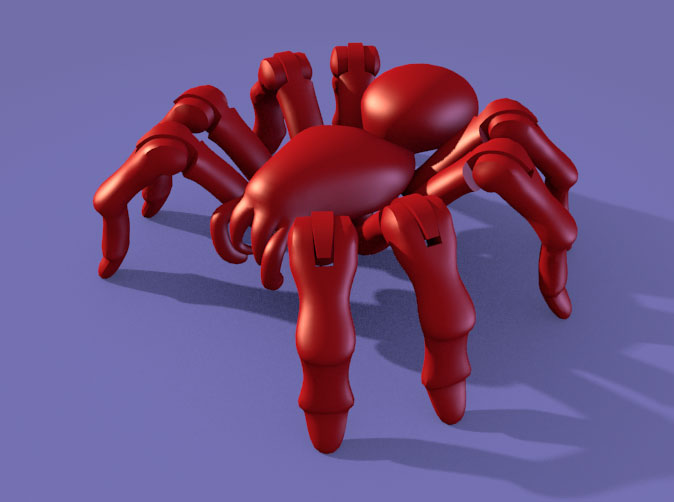 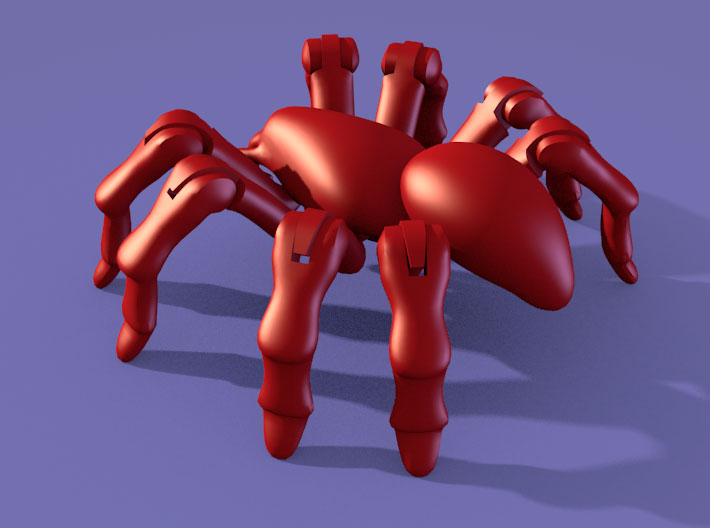 Some kind of arthropod was my preferred choice, nearly went with a crustacean but spiders are always cool (sorry arachnophobes but it's true). Ordering models from the 3D printers (my dinosaur gallery), I'm often amazed by the high degree of precision that can be achieved from SLS (selective laser sintering). It was only a matter of time before I wanted to try something more ambitious than a hinged dinosaur jaw. 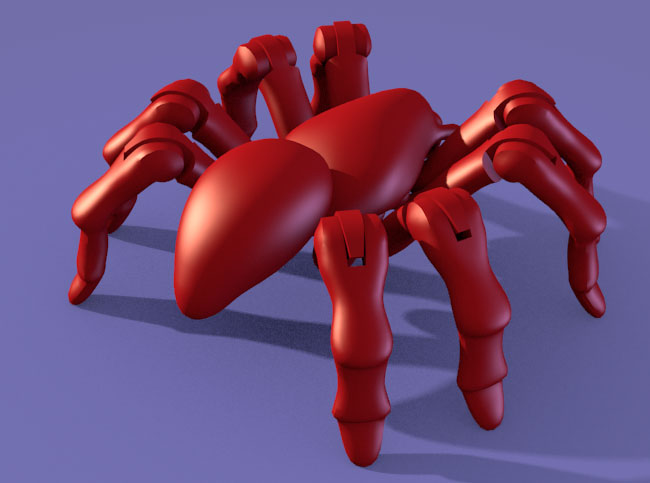 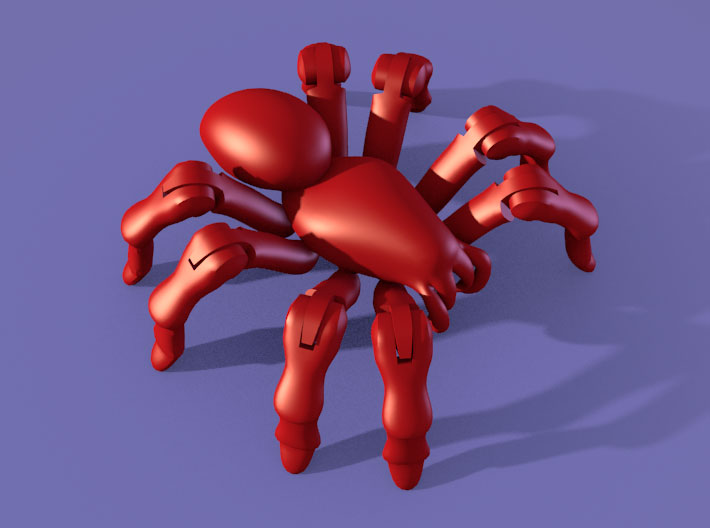 The model has 16 points of articulation (2 joints to each leg), there's a hinge at the mid-point of the leg and a ball joint where it meets the body. The spider is built in Blender using subdivision modelling (my preferred method). For design simplicity, each leg is identical. 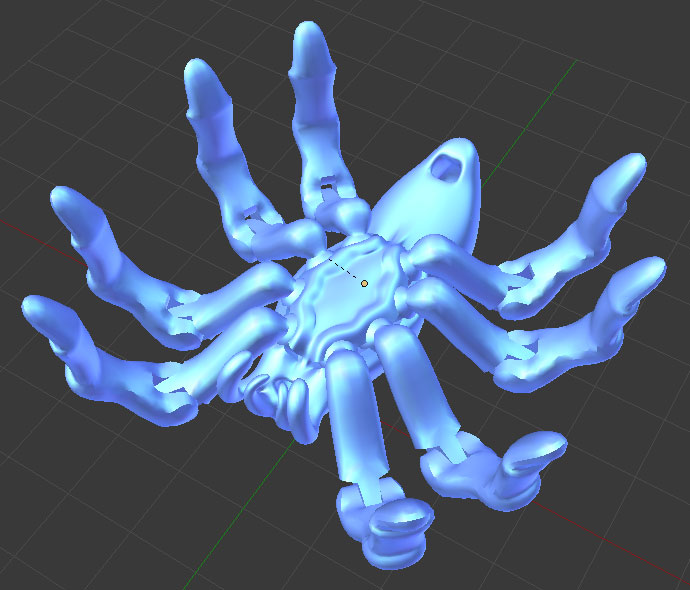 The design is based on spiders with small abdomens relative to the thorax. It's proportions resemble some of the bird eating spiders or the European Labyrinth Spider but it's not intended to be accurate to any particular species. This design choice is for practical purposes as the 'knee' joints have to be quite chunky to be sturdy so a small abdomen gives the legs a larger posing space.

I've ordered the model in two sizes but I've got no idea how well these are going to work, it's a test of a prototype design so I'm expecting a few issues. 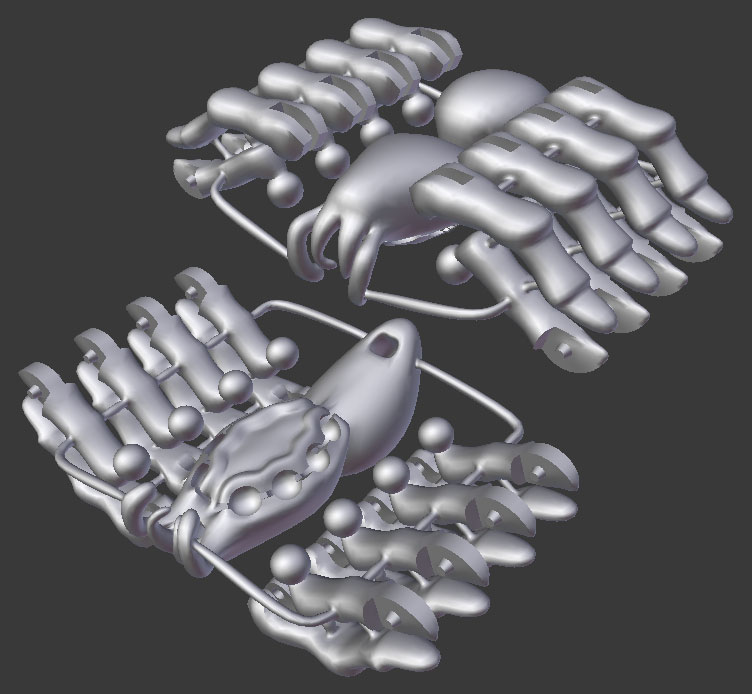 I like it!- what two sizes are you making it in?

Richard Baker said:
I like it!- what two sizes are you making it in?
Click to expand...

Thanks, measuring from jaws to rear-end one is 50mm long and the other 37mm.

Prints should be arriving tomorrow, hopefully I'll get a couple of pics uploaded.

Looking forward to seeing how these turn out!

Richard Baker said:
Looking forward to seeing how these turn out!
You know- adding some hardware greeblies and a bit of modifying these spiders would be excellent variants of the 'Ghost in the Shell' Tachikoma- a surveillance version perhaps
Click to expand...

Analyzer said:
That's pretty cool!
You could use that as a spring board for an articulated Facehugger from Alien
Click to expand...

Thanks guys!
I normally prefer to make original work and I'm not too keen on copying other people's IP. That's probably a bit of an odd thing to say in the midst of a forum for replica props
Might consider it if there was a enough demand and some way I could avoid copyright issues.
_____________________________ 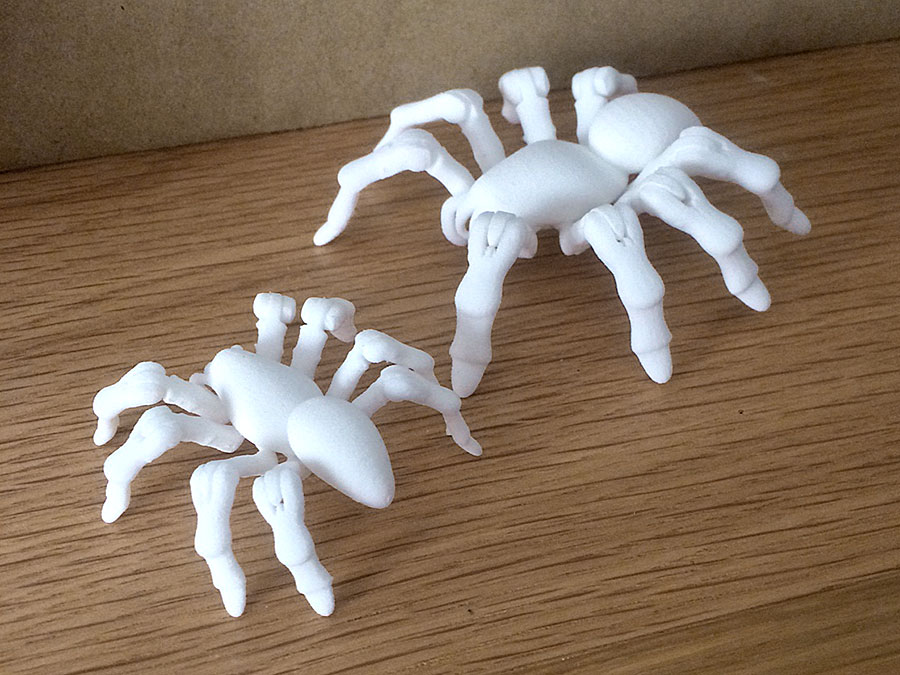 The ball joints worked fine even if they were a touch stiff (I had to push hard to pop them into the sockets). The mid position hinge joints were a different matter. 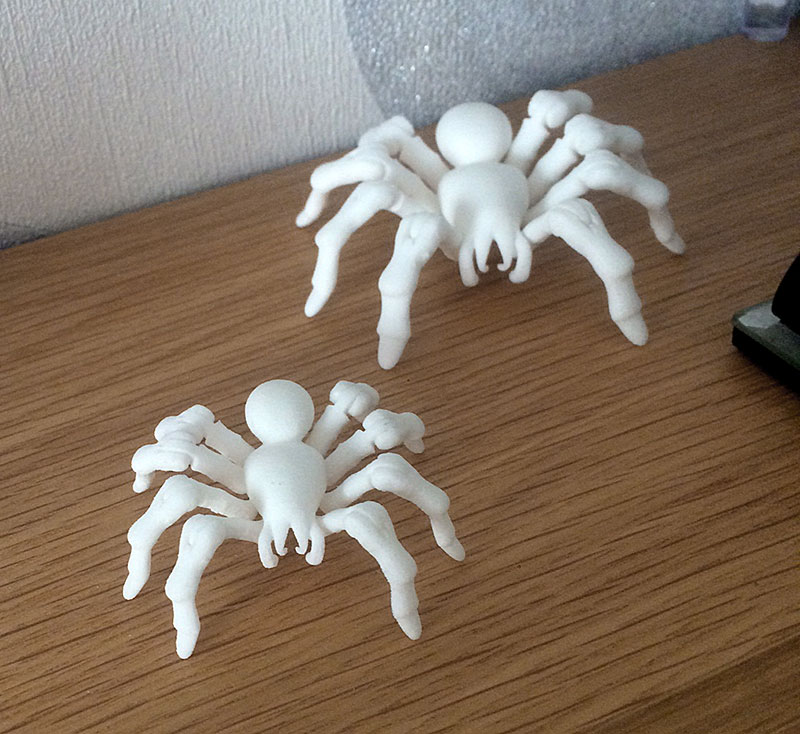 Have Shapeways changed their basic material? It seems a fair bit less flexible than when I ordered those first prints of my dinosaur skulls about 2 years ago. Whatever the reason, the joint knuckle didn't have enough 'give' to push in the pivot side on the joint. 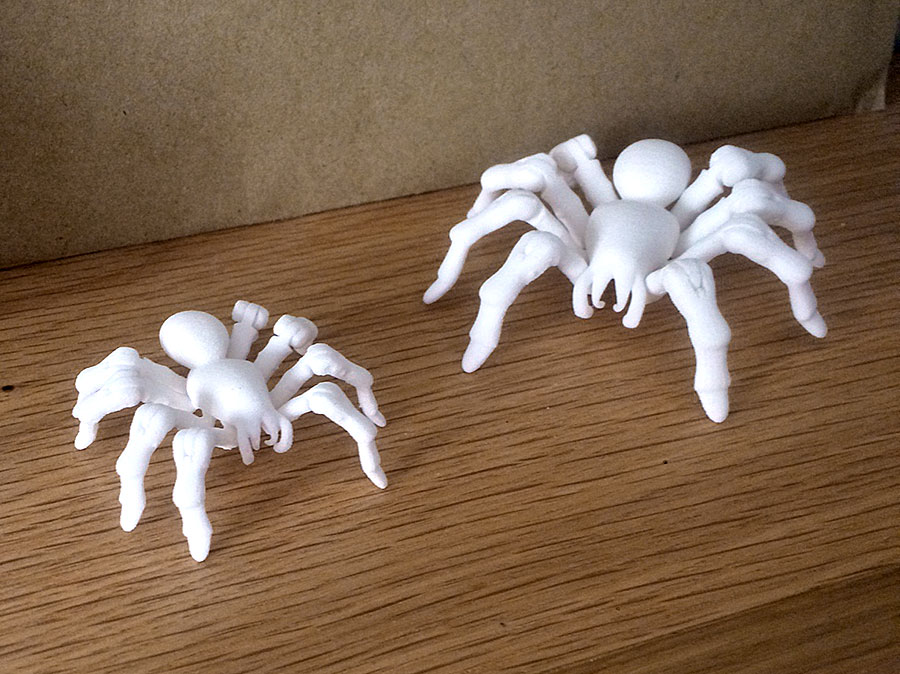 I sawed a further 2mm down the recesses in the joint knuckles and that gave them enough extra flex to accept the pivots, Fairly mild surgery really though now I've seen the result I should be able to mod the design for smoother assembly. For one thing the 'knees' probably don't have to be as beefy as I've made them. 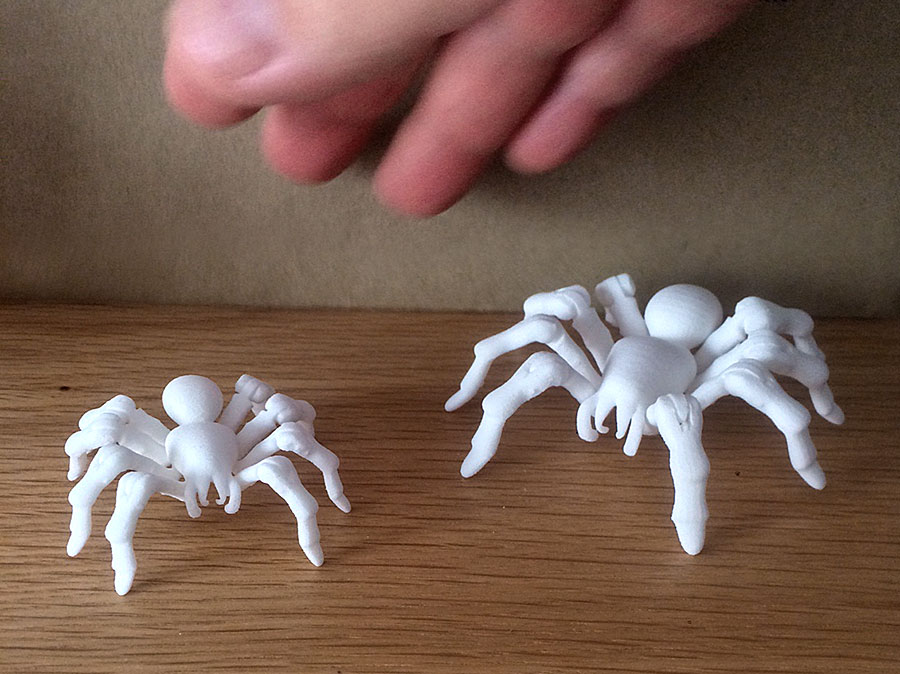 Well the joints work OK, they have a nice degree of stiffness and hold their position though I dare say they'll slacken with use. I'll have to see, the dino-skull articulated jaws seem to be holding up fairly well.

Re-made the knee joint on the spider with the aim of improving performance and assembly ease.
Have to get a test print done at some point, might go for colour material this time. 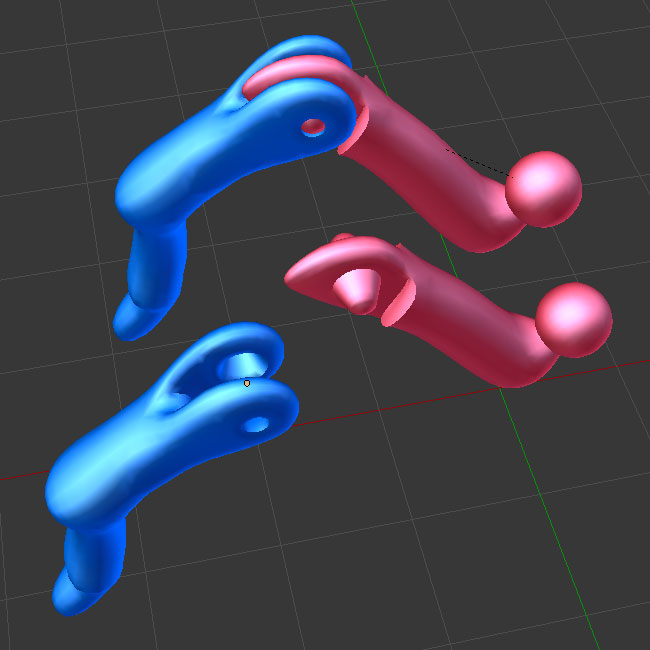