FYI for my fellow JAWS ​ freaks: TCM is presenting 40th anniversary screenings of JAWS on June 21 and June 24 at theaters around the country. If you're a fan of this film at all and you're too young to have seen it in '75, then this is an absolute must. Details here.

This is my Father's Day gift to myself. I love this film. 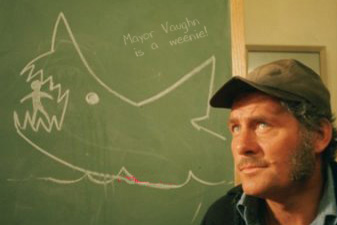 Maybe Back to the Future got it right after all.

You're going to need a bigger television.

Reminder: It's this Sunday, so get tickets.

Can I got even though I have city hands?

Today (6/15) marks the 40th anniversary of the film's release. You have to ponder that if the film bombed would Spielberg have been stuck doing TV if he got work at all. All he's done may never have been. Who knows. Lucky for us it all worked out.

If you weren't born when this film debuted then you can't appreciate the impact it had. Not only did it become the biggest box office hit, it killed the beach season all over. And even those who did brave it wouldn't even think about sticking so much as a toe in the water. People barely showered. :lol 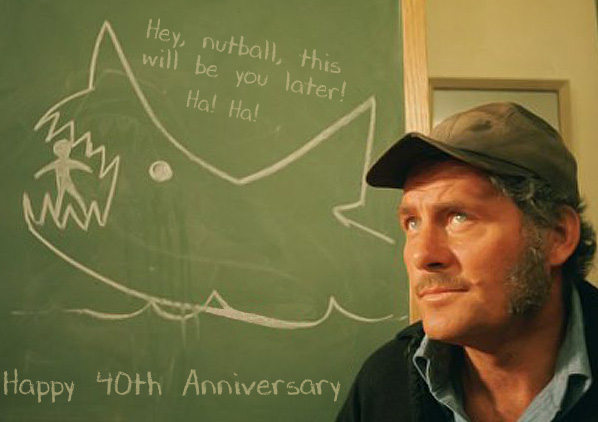 See this film tomorrow on the big screen. You'll be blown away all over again.
V

Celebrate 40th Anniversary of JAWS by watching it on the big screen on June 21 & 24 | The RPF Pulse
Also I explain my childhood fear of flying, thanks to Jaws.

RPF PREMIUM MEMBER
The wife just bought me this shirt.

When I was ten my brother and I begged my parents to take us. Scared the bejesus out of us. I don't think I went in the deep end of the pool all summer.

A few years later we were watching it on tv and when Gardner's head pops out my Father jumped a mile. He laughed, 'I forgot about that part'.

I snorkel and such, but I have to fight the fear that lies deep within me, even before I saw that movie.

One of my absolute favorite movies and I watch it all the time.

we need a bigger boat

Makes me miss how Universal Studios Florida used to be.

RPF PREMIUM MEMBER
I wonder how Bruce looks now in that junkyard in the valley.

maybe one of our California members can go and take pics

Just got back. So great, so great.

If you miss the Orlando ride, here's my album from just a few days before it closed. 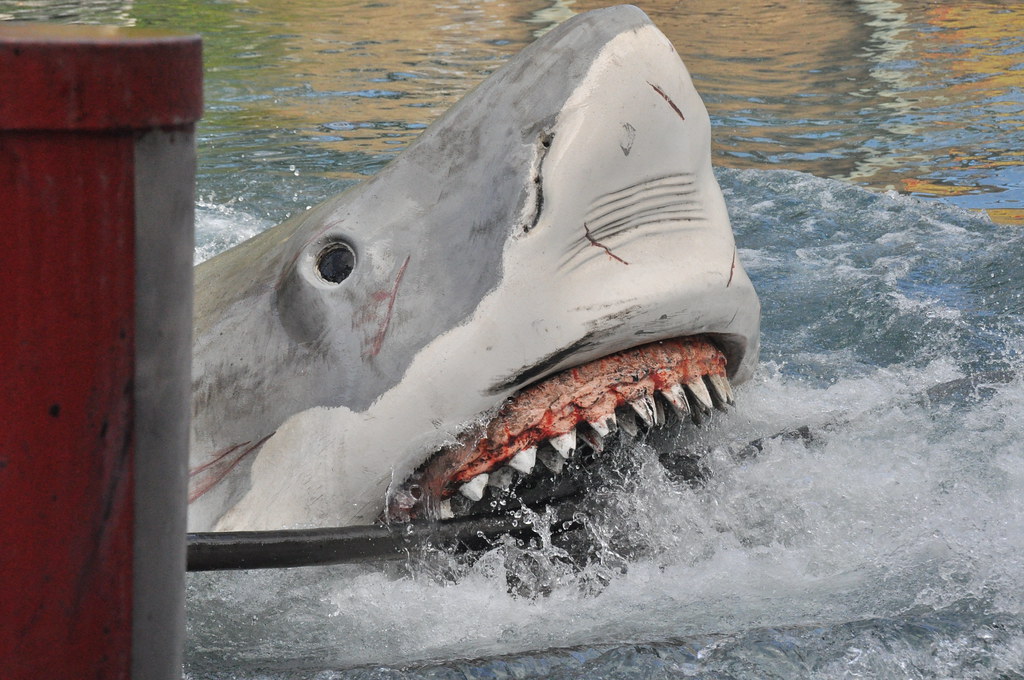 I think they could make the Jaws ride so much better with just a few changes.

-- They NEED to camouflage the tracks/etc where the shark is going to emerge. The water isn't deep enough to hide what's underneath and you can literally see Bruce lying in wait before he emerges. They need to deepen the water, paint the bottom dark blue & build a tunnel to hide him in, etc.

-- A decent Orca boat would be nice. It doesn't need to be very accurate to outshine any of the ones they've had in the past. Even when the original was on the ride in Cali it was missing most of its movie-prop details. (The production had sold off the boat at the end of the shoot. The new owner had de-Orca'd it before the studio bought it back from him for the tour ride.)

-- The scare would be better if there were two possible locations where the shark would pop up. (You would never be sure which place Bruce would pop up on each ride.) It would also split the duties of the mechanical shark into two of them, which would cut down the repair/maintenance schedule a bit.


The Jaws ride in Cali is probably more likely to be torn down than get the kind of overhaul it needs. And that is too bad. I'm too young to have seen the movie originally and I love it.
V

Collins’ Crypt: Thoughts On The Power Of JAWS | Birth.Movies.Death.

So I guess no one cares about House of the Dragon?
2