Which one (marked in yellow)? 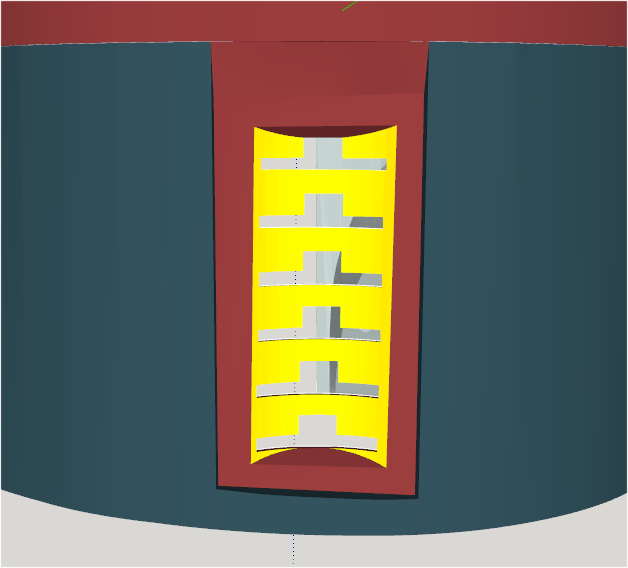 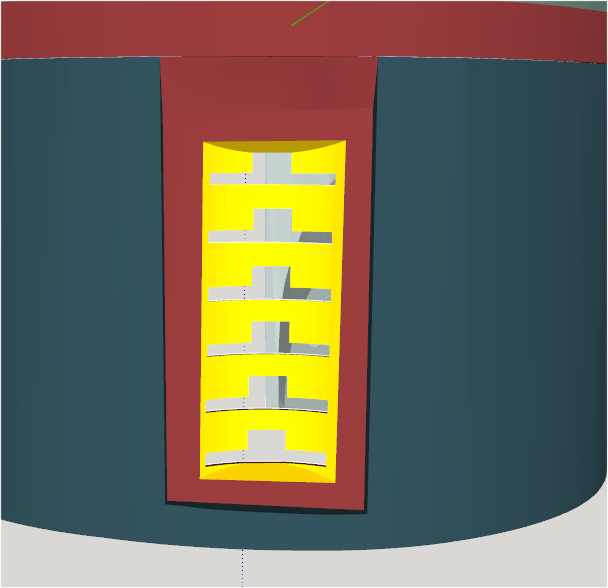 RPF PREMIUM MEMBER
Second would probably be easiest to print, as well as install.

RPF PREMIUM MEMBER
Might post later tonight, but in case I don't, I wanted to let those following know I've made a decent bit of progress this afternoon. I overlaid the left and right pieces in question on my light table, and have nearly finished drafting templates for the new pieces. I'm relieved that it was easier than I feared, for the most part. The cheek and cheekbone are done and just need to get cut out. The back skirt, I'm doing half, with a center-back mirroring line. I'll get into more detail when I have the full spate of pictures to upload, but I'm not only optimistic about this, I might do the visor-shift-cheek-swap for all three helmets. I'll see how easy it turns out to be for the Supertrooper before deciding about the rest.

And, independent of that, I'll have the Rubies/RafalFett comparison up tomorrow, too, even though this isn't a thread about that helmet (I need to dredge up my old, old thread that started with the previous incarnation of a Hasbro Boba Fett helmet, and shift it to the Rubies...).

Uploaded the model to my Shapeways Shop ==> Helmet Partial Keyhole by rafalworks on Shapeways.

Happy New Year to all!

RPF PREMIUM MEMBER
Ordered the first one. The other two will follow once I've gotten a sense of how well this one works (like, if I should go with a different plastic, etc.). Thanks again.

RPF PREMIUM MEMBER
Still taping template pieces to the Rubies, so that comparison's not coming tonight. But here's where I'm at with the revision stuff for the HBS...

Light table overlay of the damage templates for the left and right cheeks and cheekbones. Both were closer than I feared, once the longer right side of the helmet was taken into consideration: 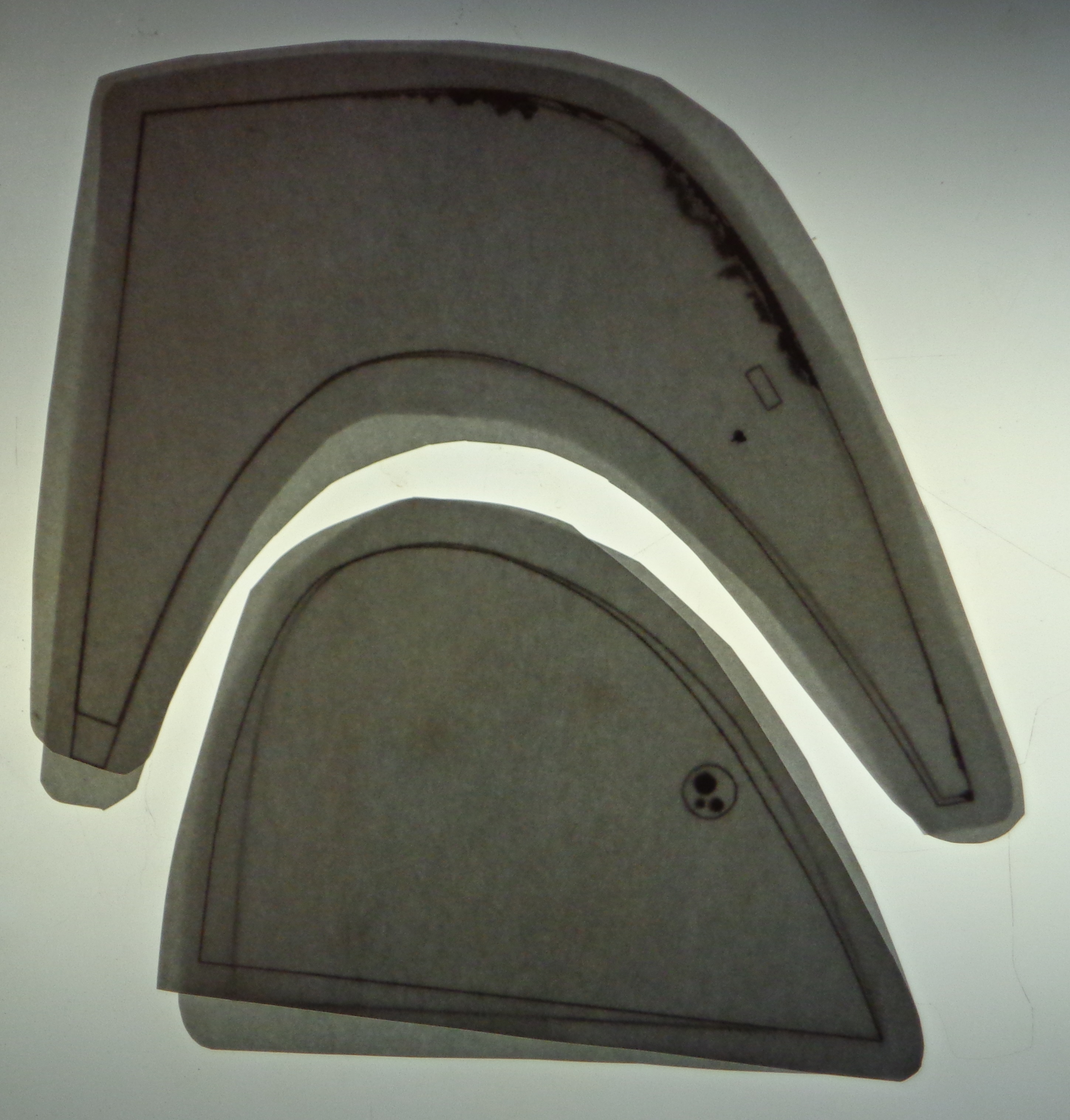 The cheekbones just needed averaging out at those couple spots where they don't line up exactly, being only about a thirty-second of an inch each way. The lower rear was averaged out, too, although that was a full eighth of an inch and a bit each way. Same with the cheekplate itself. This is where the new templates are: 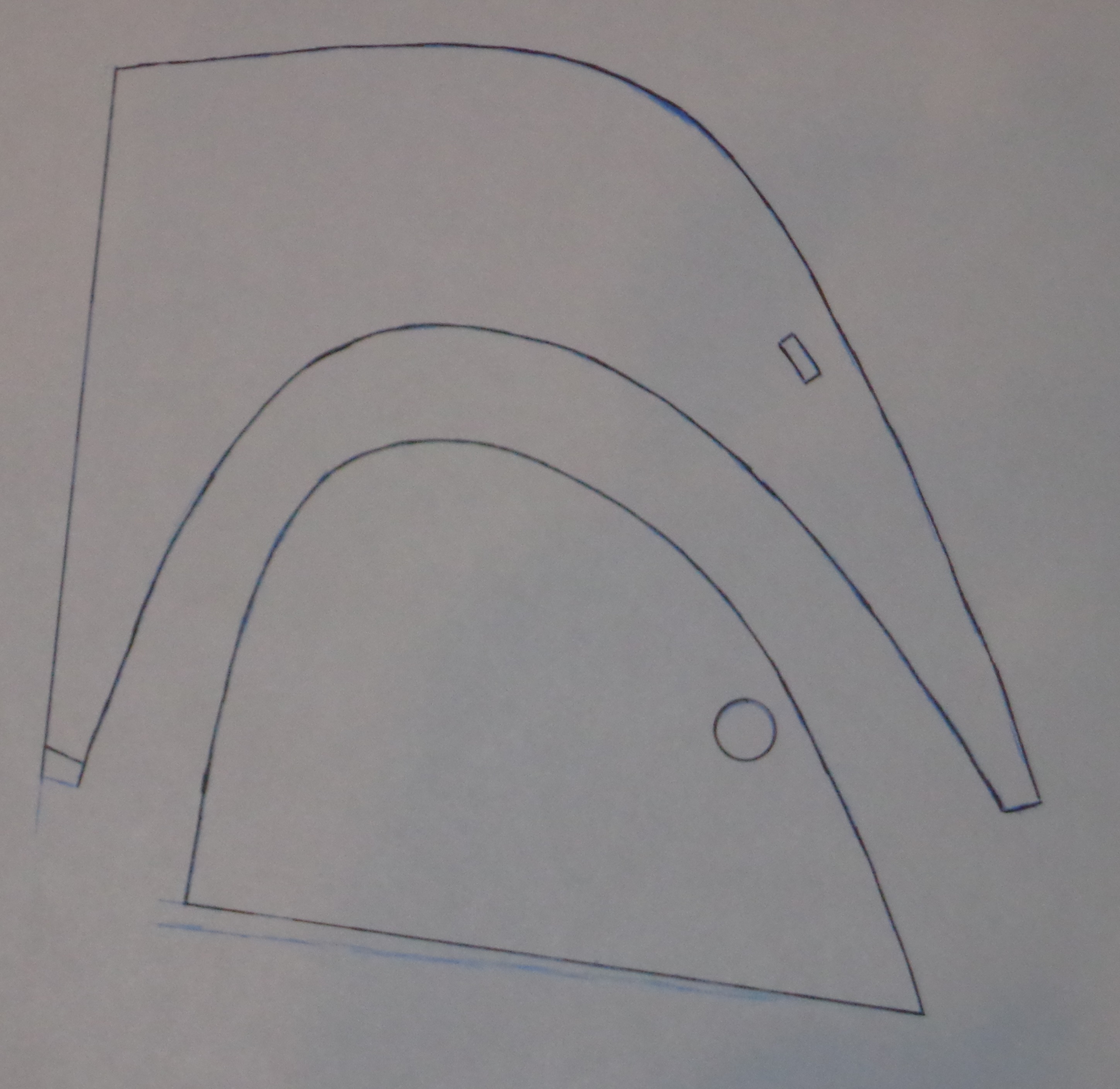 I'm going to cut the pieces with about a millimeter of extra all the way round and fine-tune from there. I've also factored in some extra toward the rear, to trim up as needed. Always easier to take some off than try to add on.

The back skirt is, as I said and showed, a mess of asymmetry: 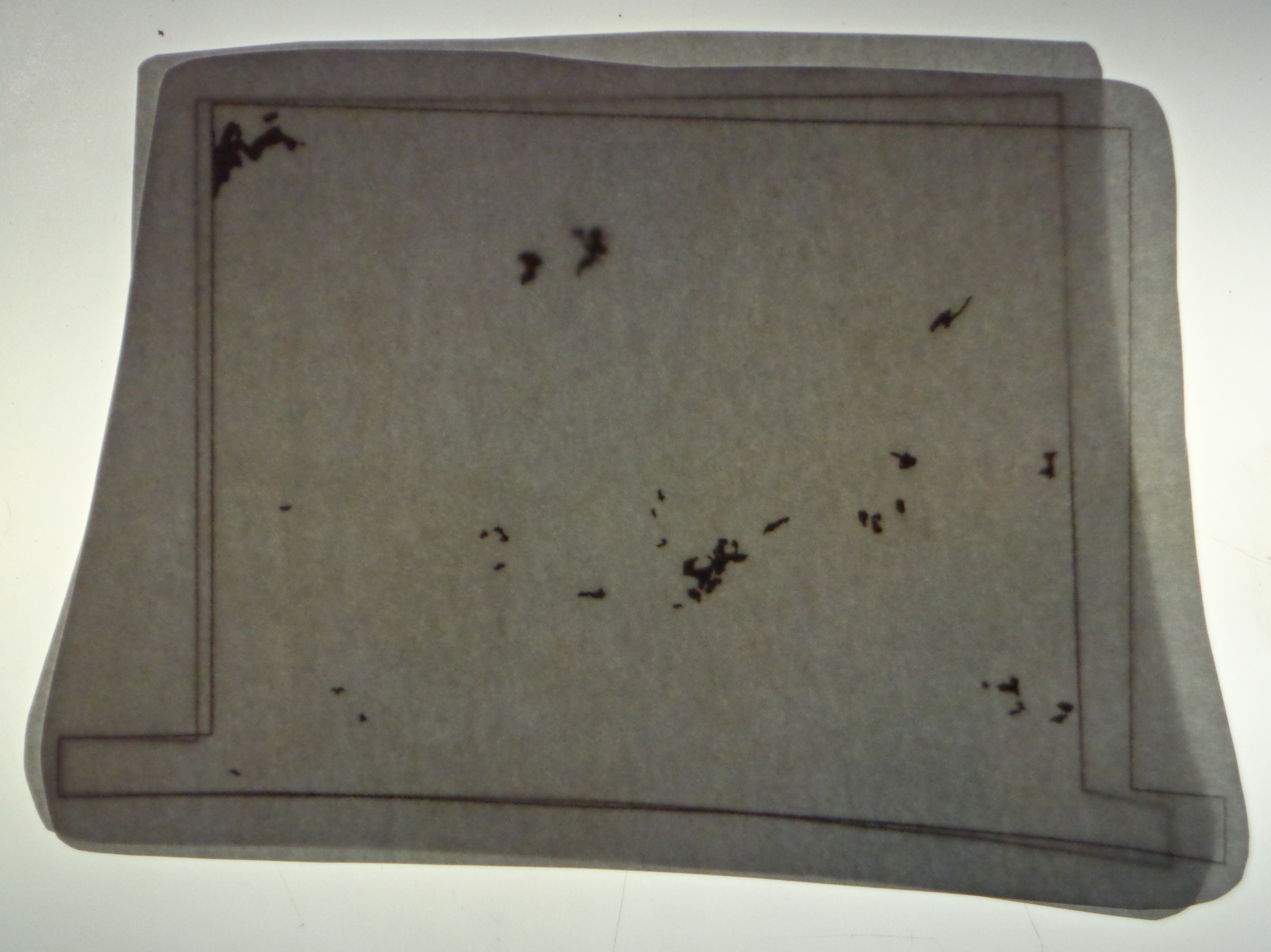 Using the right side as a starting point (since it fits the existing helmet best), I tweaked it to line up with the earcap substrate, evened out the keyslot opening, added a sixteenth of an inch along the top to sit against the inner edge of the brow band, and carried it forward to where it'll meet the cheek insets. During fitting, I'll mark and trim were needed, and transfer that to the template for the remaining helmets. This is where I am with that so far: 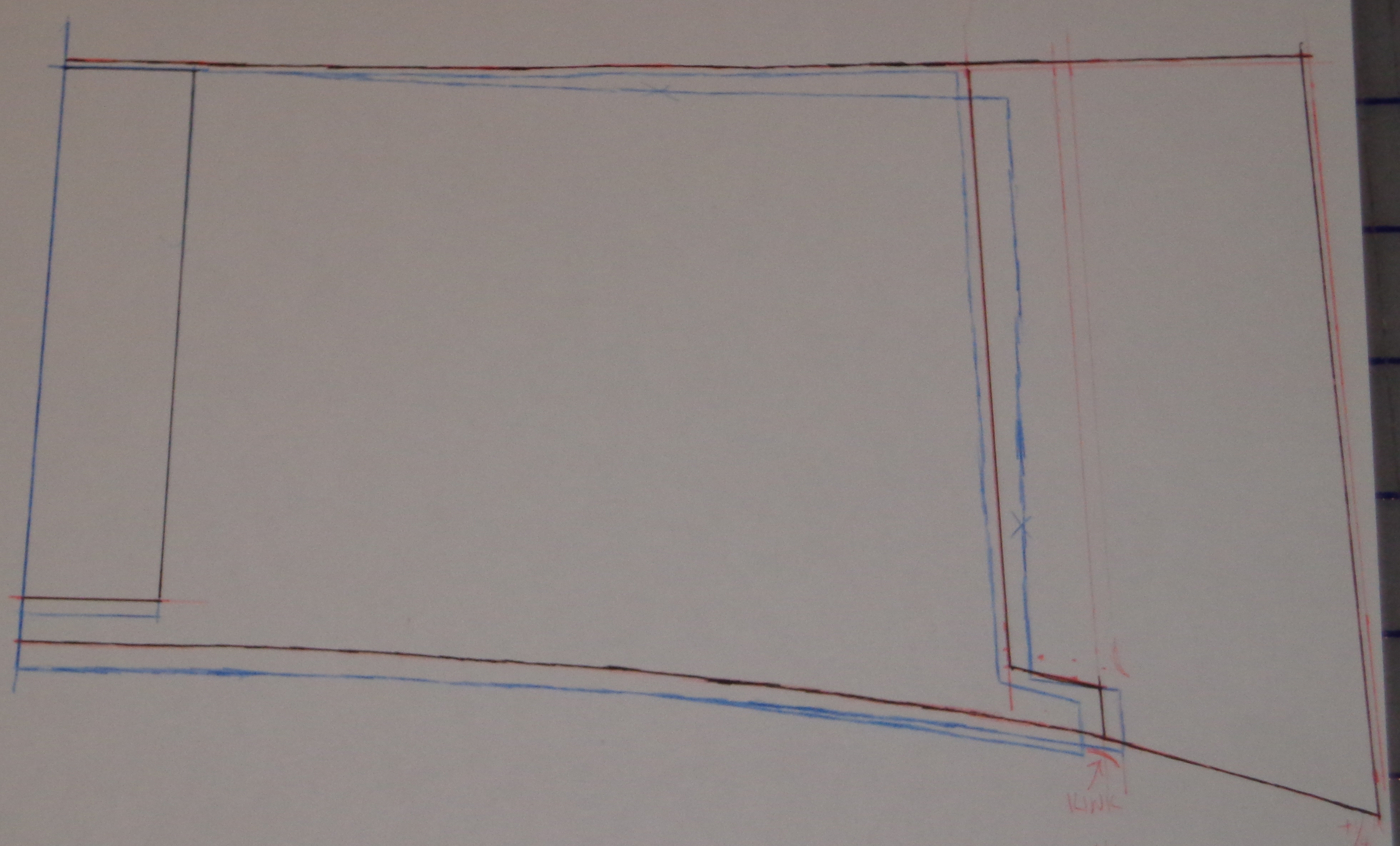 Blue is the original traced portion, red are reference lines and revisions, and black is the final working lines. I'm going to re-trace this to be cleaner, but I wanted to show the process. Also, see there, where the bottom edge of the rear skirt meets the earcap substrate? That subtle down-angle "kink" to line it up with the cheeks and front of the helmet? Boom, baby!

Boba Fett - the Supercar Engineer is back ....